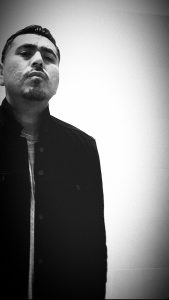 Today we’d like to introduce you to Ed Jr M.

Ed, can you briefly walk us through your story – how you started and how you got to where you are today.
I started playing guitar in several San Diego local bands and recorded in a few studios around town during the early 2000s. After not being fully satisfied with the recording quality of our demos, I decided the only way to improve the recordings was to do them myself. This was a really bad decision on my part because I ended up going down the never-ending rabbit hole that is called AUDIO ENGINEERING, it’s a life long continuous learning path that no one warned me about. I stopped playing music and spent countless hours reading MIX magazines and TAPE OP to learn this black magic. The million-dollar question was “HOW DO SIGNED BANDS MAKE THEIR RECORDS SOUND SO GOOD?” Even to this day, the sound quality is night and day between a local recording and a major label record. A good local band record budget is about 2-3k and one or two weeks. A good major label record budget is anywhere between 50k no restrictions besides meeting the due date.

The first step to learning how signed bands make their records sound so good was to obviously go straight to the source. I started emailing top world-class studios in Los Angeles asking for an internship. The first studio to give me a chance was Larrabee studios in North Hollywood (Dave Pensado, Jaycen Joshua, Manny Marroqueen) who were all working out of this studio. The team at Larrabee were extremely helpful in terms of mixing advice and studio etiquette, however, I really wanted to work with live bands not only #1 pop/rap artist which was the case at Larrabee studios (still remains the same case to the day).

Phase two was to make a few calls and land a gig at Conway Recording Studios. This place is really where I learned how signed bands made their records sound so good and it was a huge eye-opener. It is extremely a team effort from A&R, Runners, Staff Engineers, Producers, Mixers, and Mastering. Conway Recording Studio is a multi-million dollar recording studio and let me tell you GEAR makes a HUGE difference in sound. I quickly realized that studios where my bands had been recording where nowhere near Conway Studios (still remains the case). There is a tradition and skillset that is passed down when the time is right. I was lucky enough to work with Jerry Finn “RIP” (Green Day, Blink 182, AFI, Morrissey, Tiger Army, Alkaline Trio), etc. on my first day at Conway Studios. It turned out Jerry Finn had worked his way up from a Runner to full-time staff engineer and then producer. There was so much knowledge being shared at Conway from the techs to actual producers.

The recording studio business is an extremely small circle and it is built on trust. If you are not a somewhat level headed person with a great attitude and common sense, you will not last more than a day at a world-class studio.

I always enjoyed working with bands and helping to be creative without being committed to being a part of the band (band practice/drama) so I decided to open up my own studio in Escondido. It is a small homage to Conway Recording, my own little slice of Conway. The studio tech Tony Flores a great friend one mine to the day!! was and continues to be a tremendous resource in terms of world-class studio gear and studio maintenance. He is the person I call when I run into technical issues which thankfully has only happened once or twice (user error) happens to the best of us!

Studio business is definitely a labor of love if you are not in Los Angeles working with record labels or major film companies. The money is in Los Angeles but the tranquility easy living is in home sweet home San Diego. I do this because I believe in local artists and love helping artists! They receive the same world-class service with top world-class gear at local San Diego prices.

Great, so let’s dig a little deeper into the story – has it been an easy path overall and if not, what were the challenges you’ve had to overcome?
The road has been more than a blessing for me. When I decided to open a recording studio, I knew that recording studios were going out of business and budgets were being eliminated. My focus was on the fun times and creative side, not the money side. I do not rely on Skyward Recording as my only source of income so I have the luxury of being a boss! I decide when and if I want to work with anyone or the budget on the table is worth the effort. It really is a win/win situation for artists because we have the experience and the gear that would otherwise easily cost them a lot more if we were focused on money. That or we would have closed our doors as most money-focused studios have done. The road has been a big blessing and we look forward to many more years of good times with San Diego bands!

Skyward Recording Studio – what should we know? What do you do best? What sets you apart from the competition?
Our company is known for being an easy laid back recording studio with amazing sound quality. We specialize in recording drums in particular, but typically record full bands and also mix/master. Our most proud moment so far bragging about having repeat customers. Our vibe is so focused and making an artist feel comfortable and being in a creative experimental safe zone that they end up coming back over and over again. Additionally, word of mouth advertisement has also been something we are extremely proud of.

What moment in your career do you look back most fondly on?
My proudest moment has been the privilege of recording Bob from FU MANCHU. Bob Balch asked me to record guitars for a band that includes members of Fu Manchu, Queens Of The Stone Age and Kyuss. I was extremely proud when BOB said he really liked the guitar tones we got on his record. Bob has worked with the best producers in LA such as Joe Barresi (nicknamed “Evil”) who has worked with bands such as Kyuss, The Melvins, Tool, Chevelle, Queens of the Stone Age, etc. This compliment from Bob told me I can definitely hang with the big boys but once again the big boys are in LA (lol), so I once again prefer tranquility and easy living. However, if any major label band with a budget made me an offer, I would certainly travel/re-locate for the duration of the project. Then happily return to sweet home San Diego :0 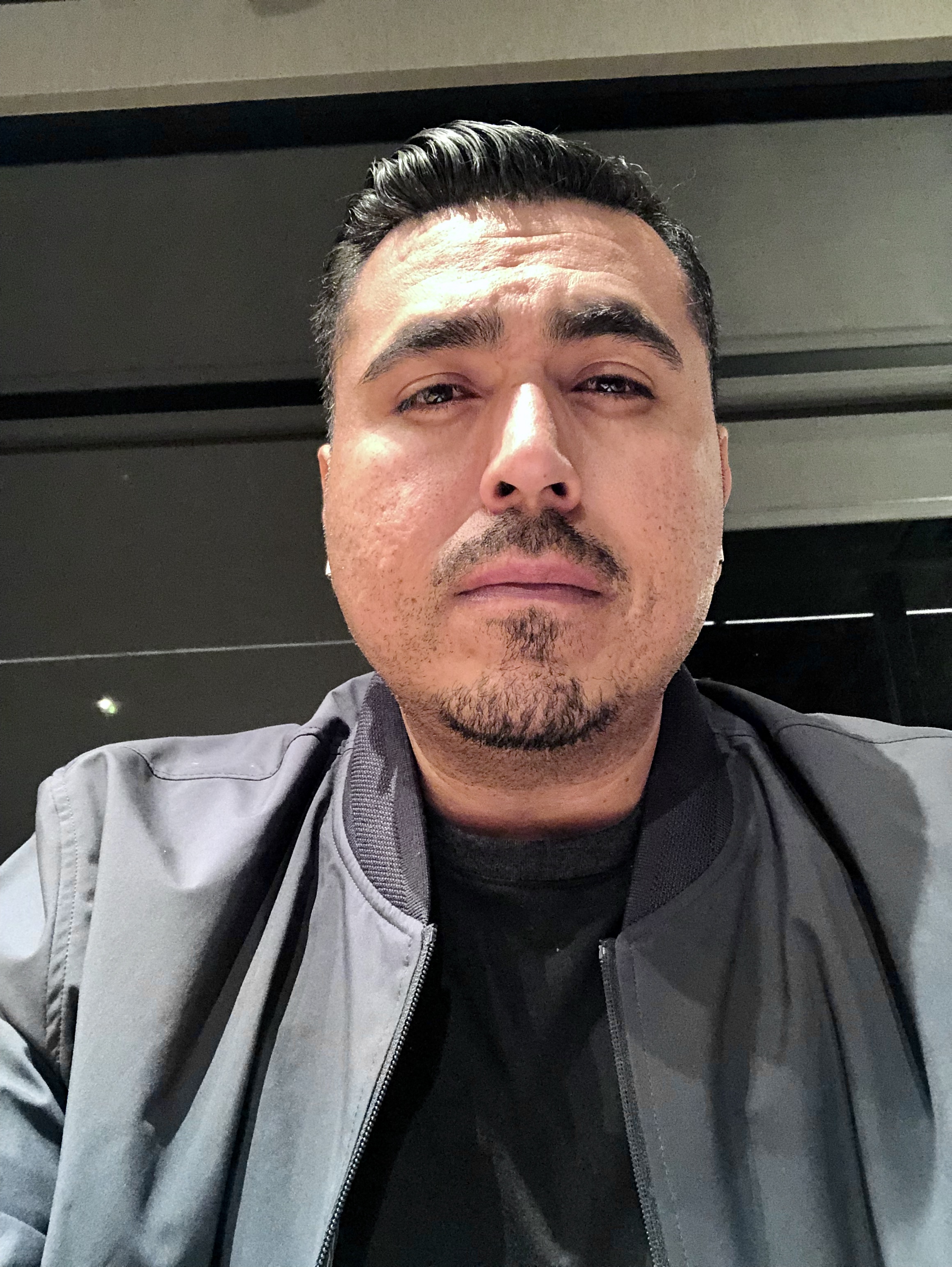 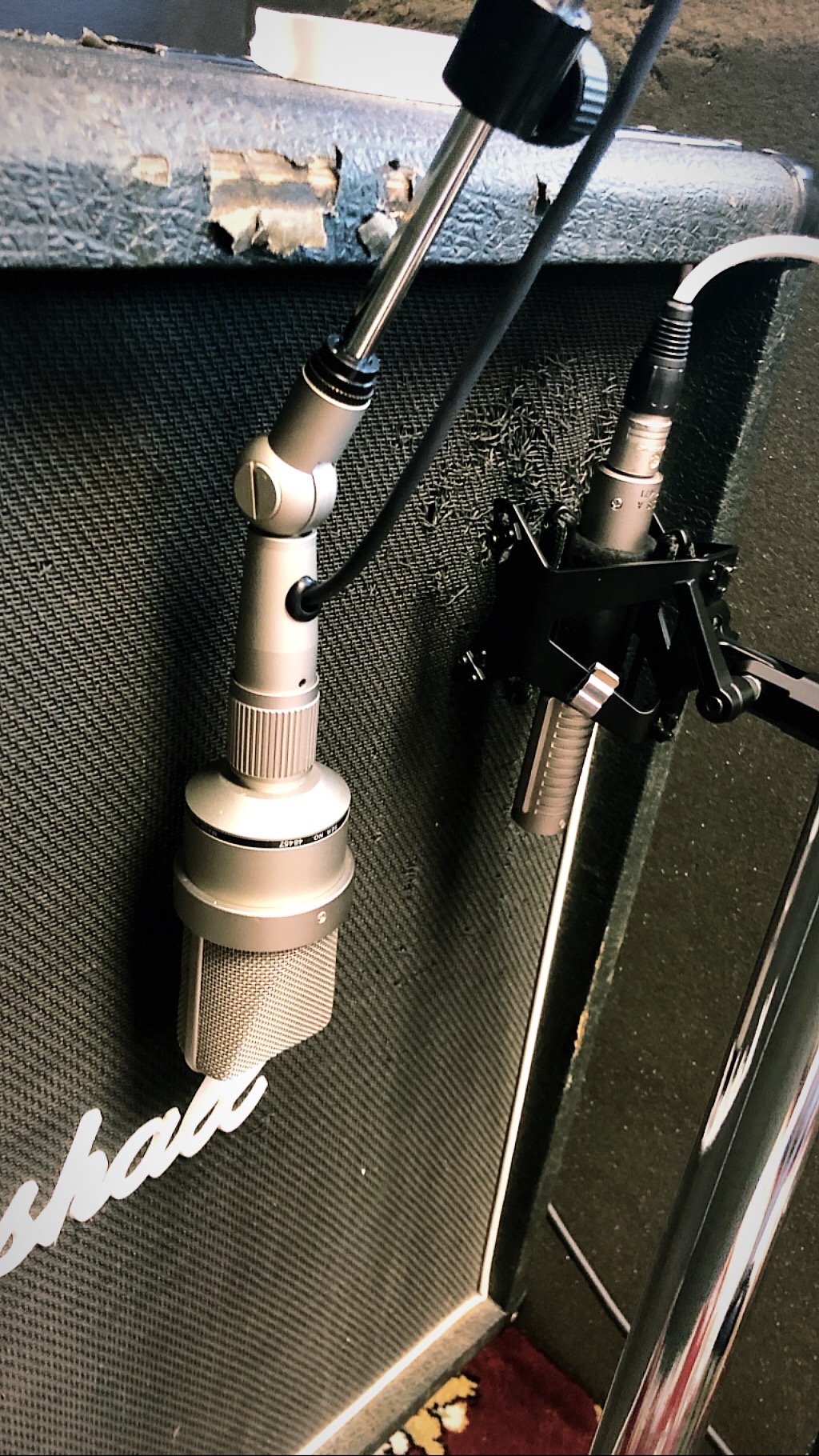 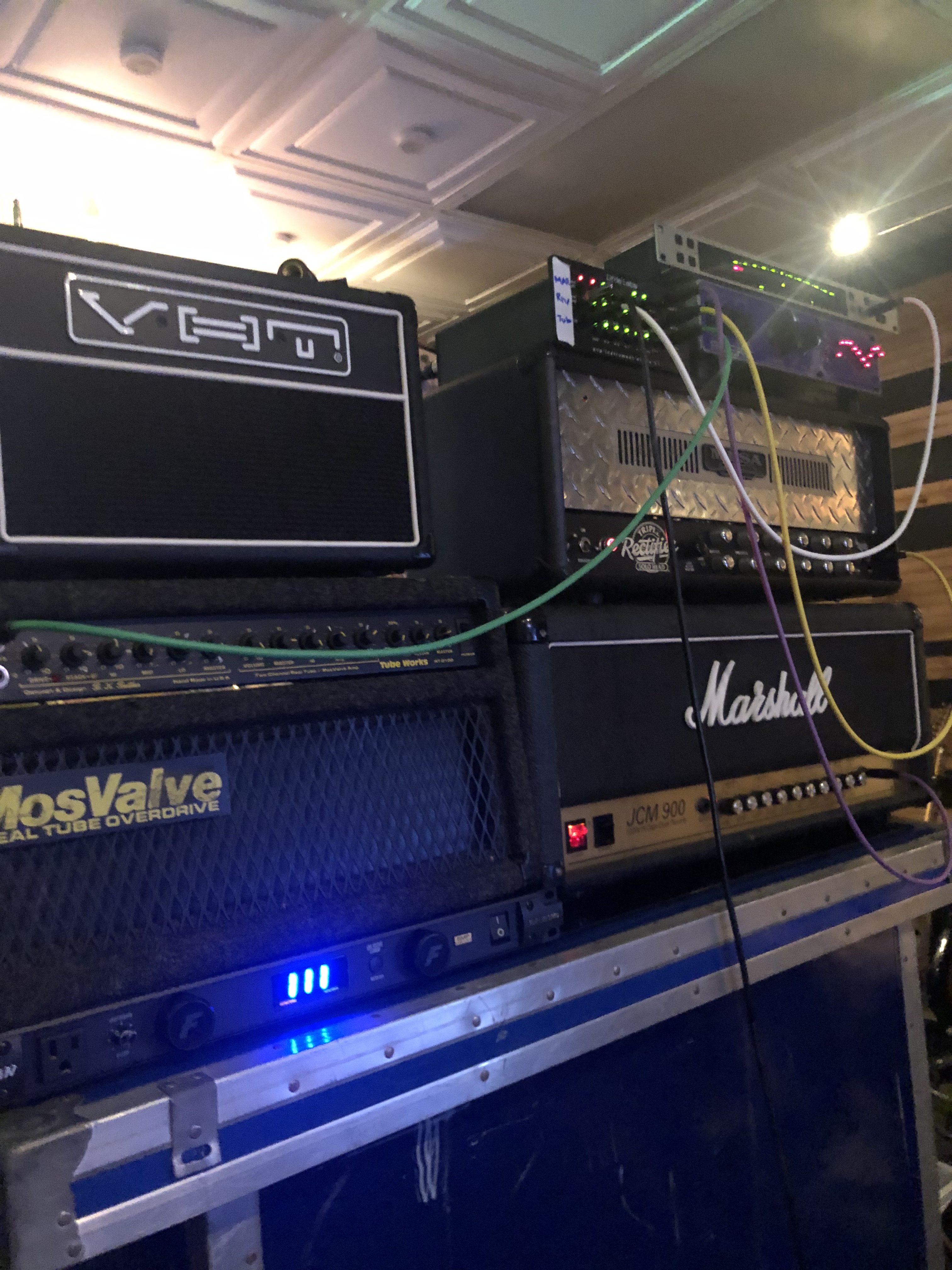 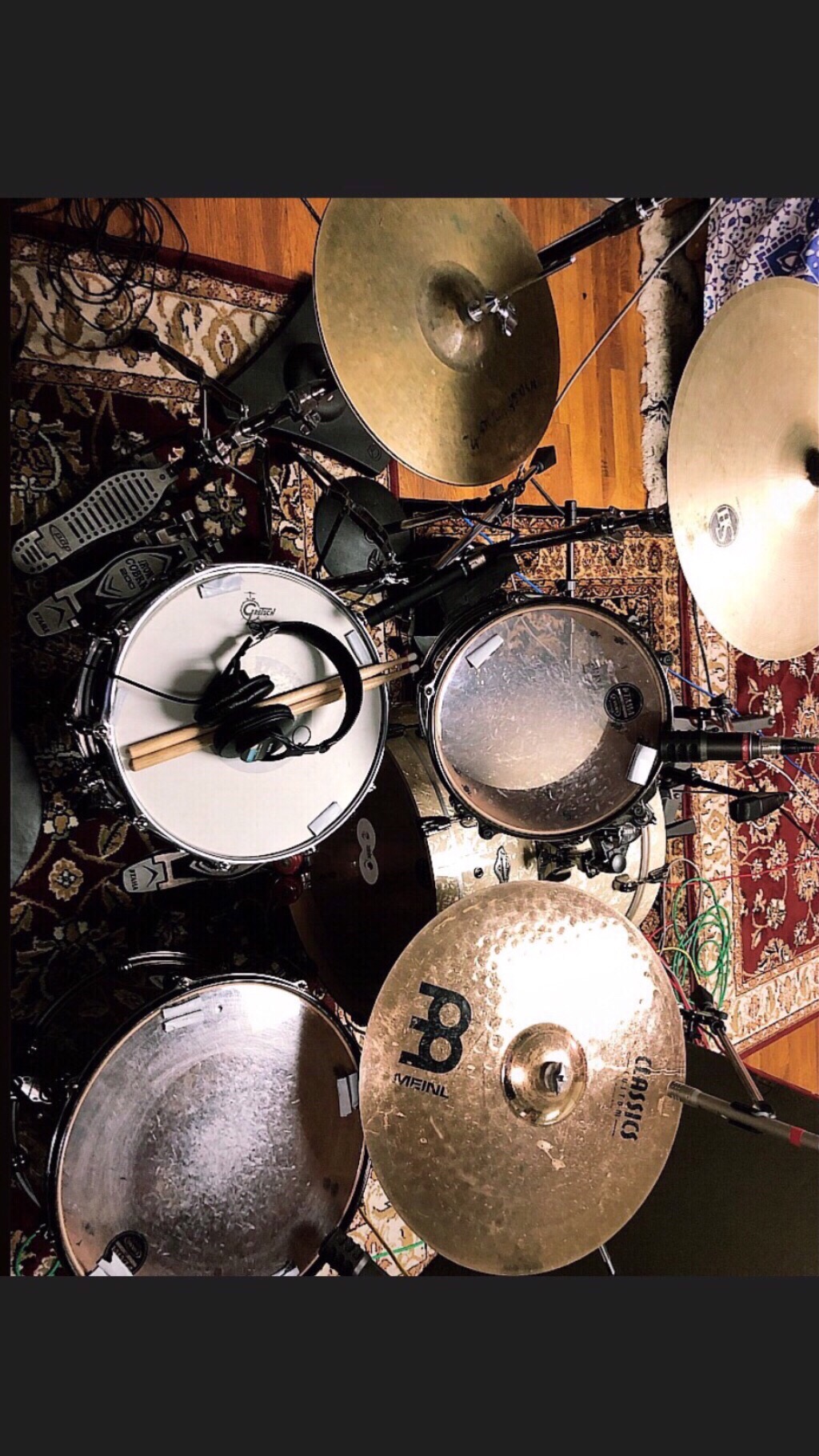 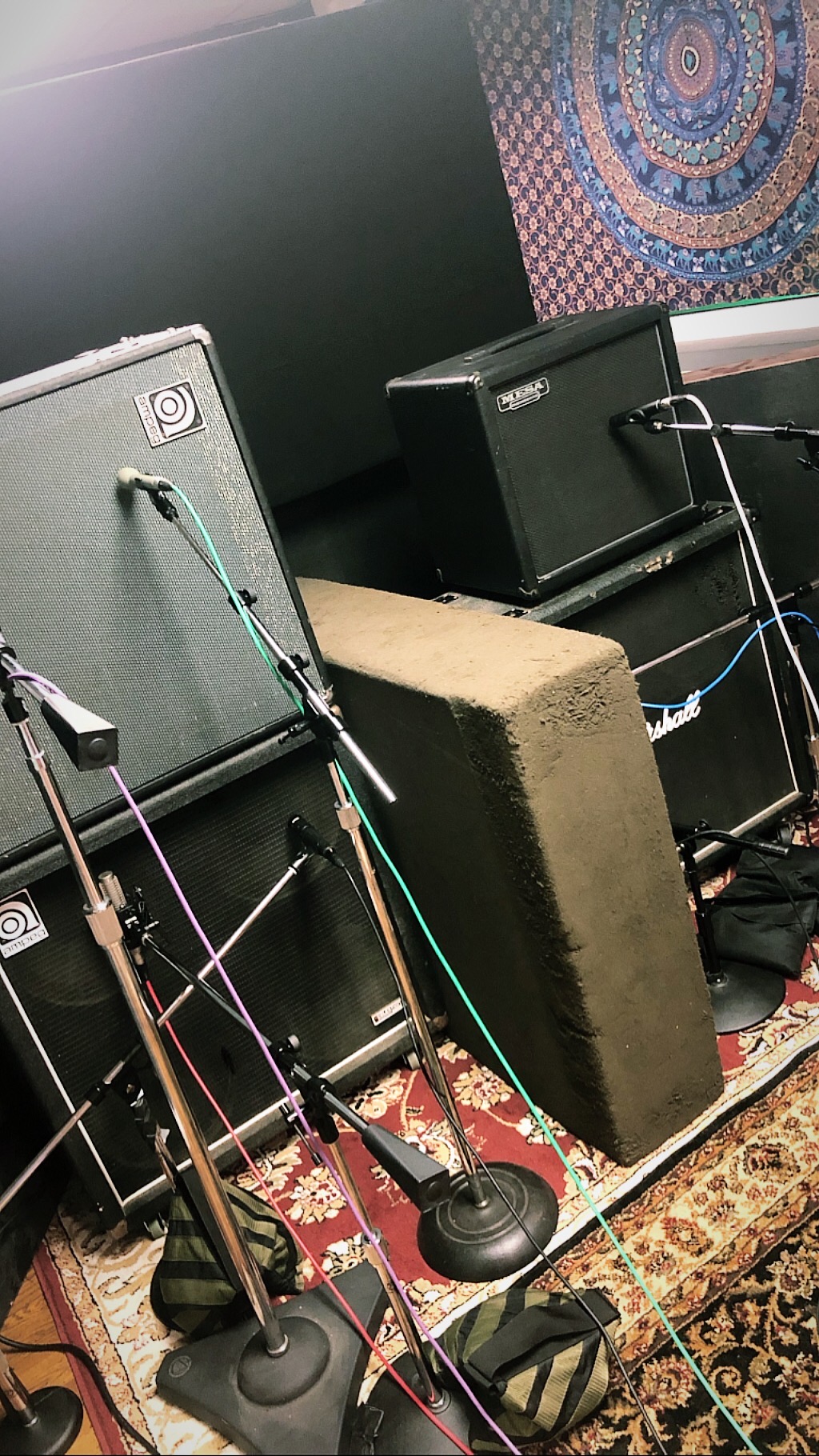 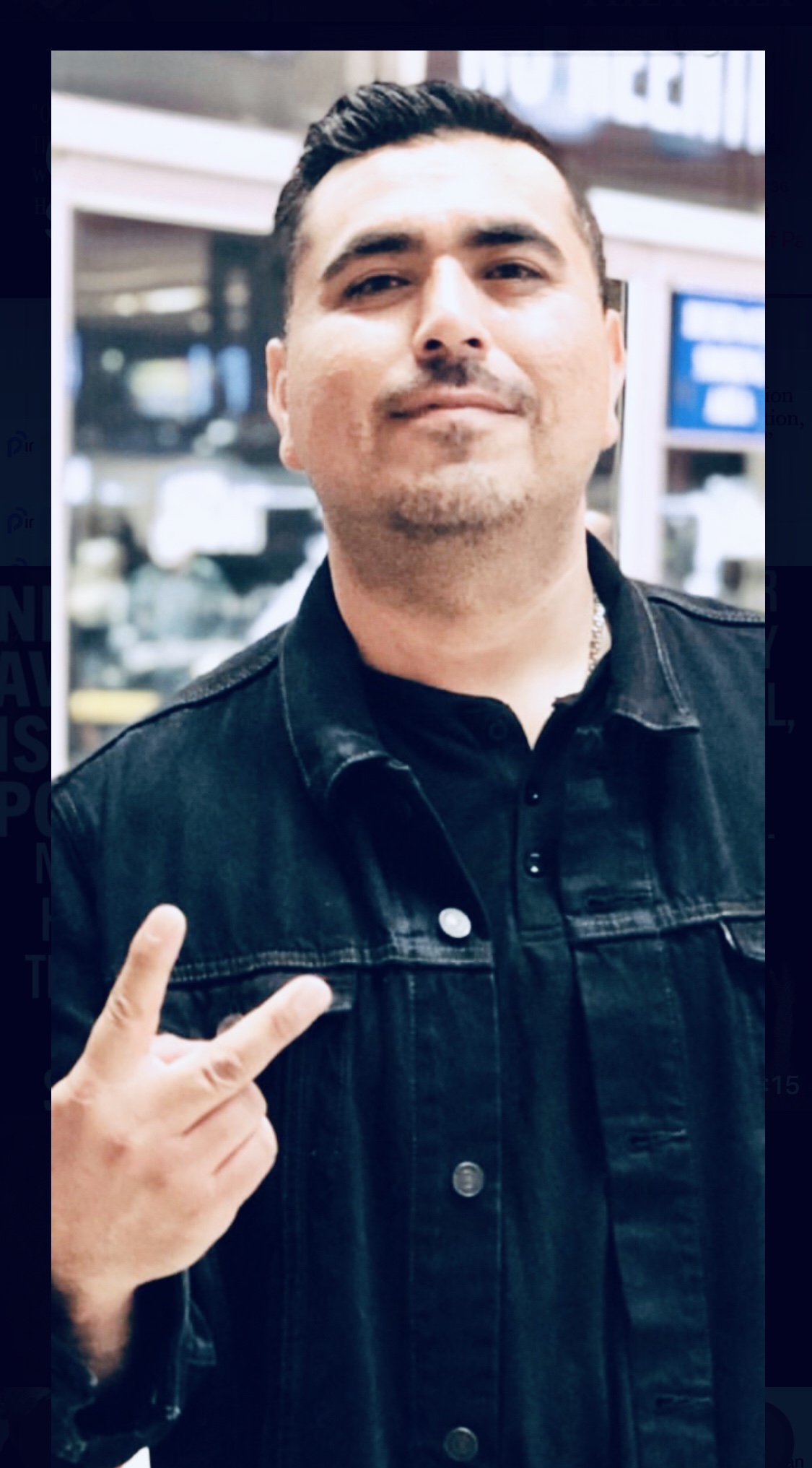 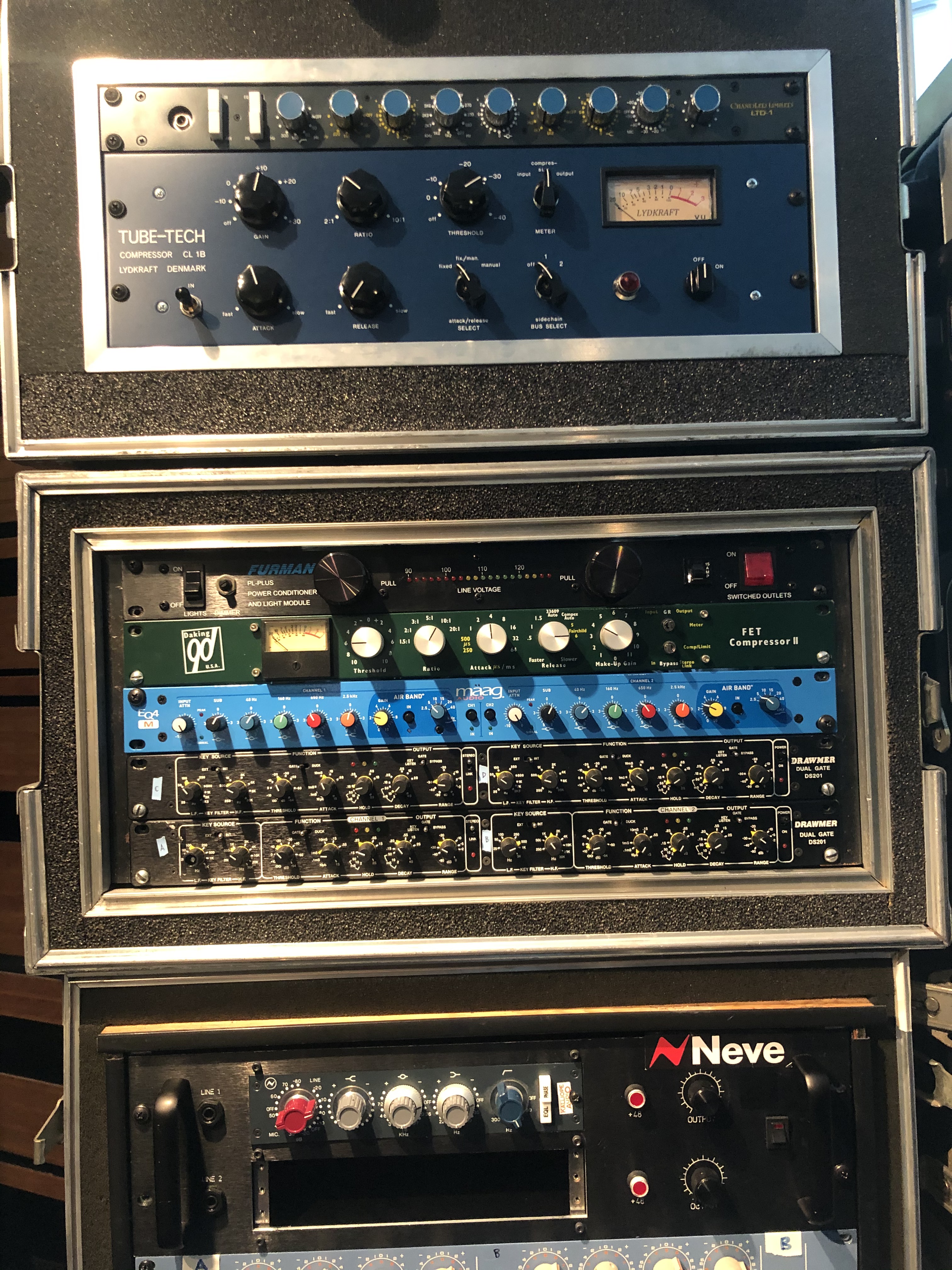 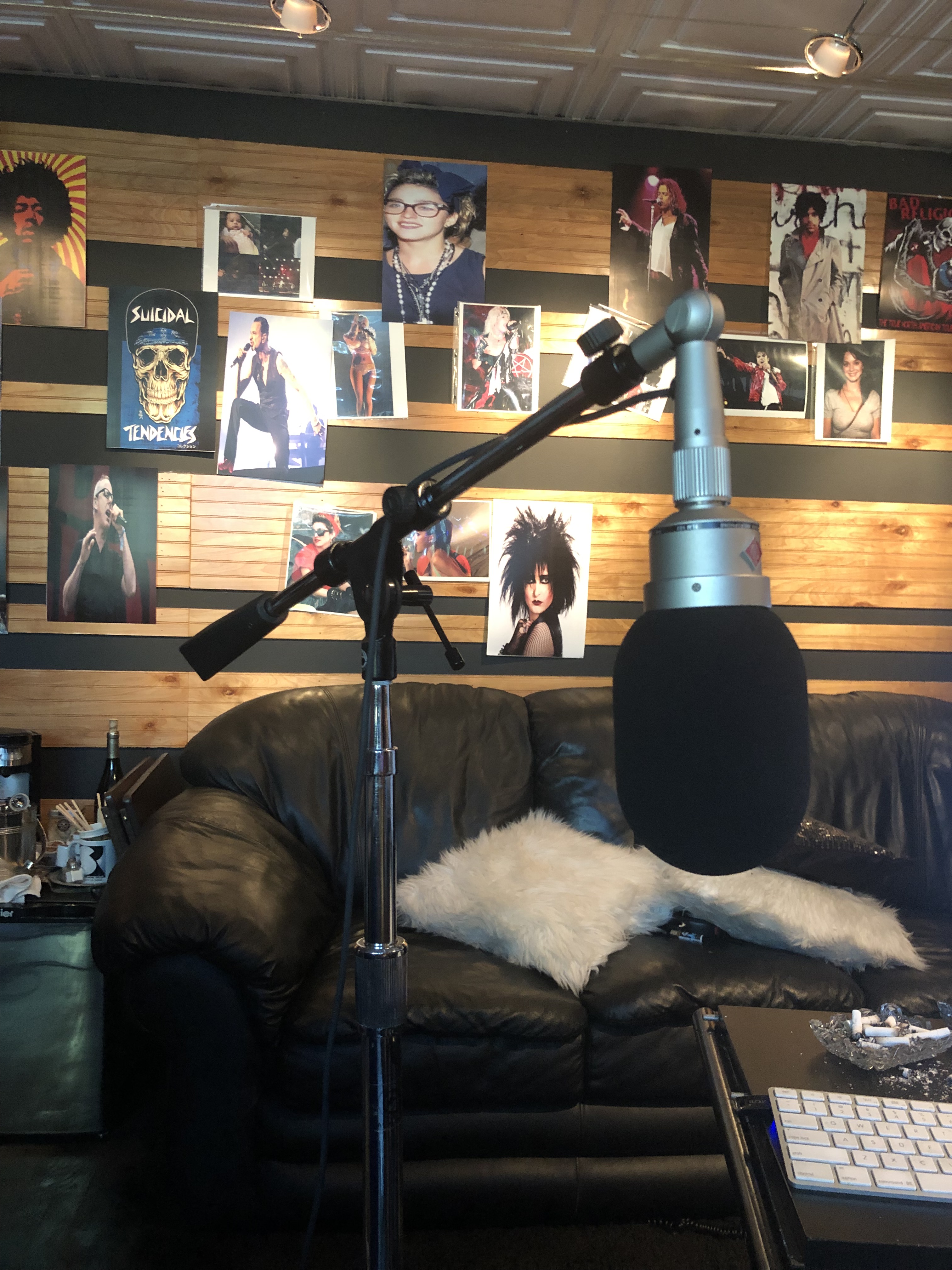 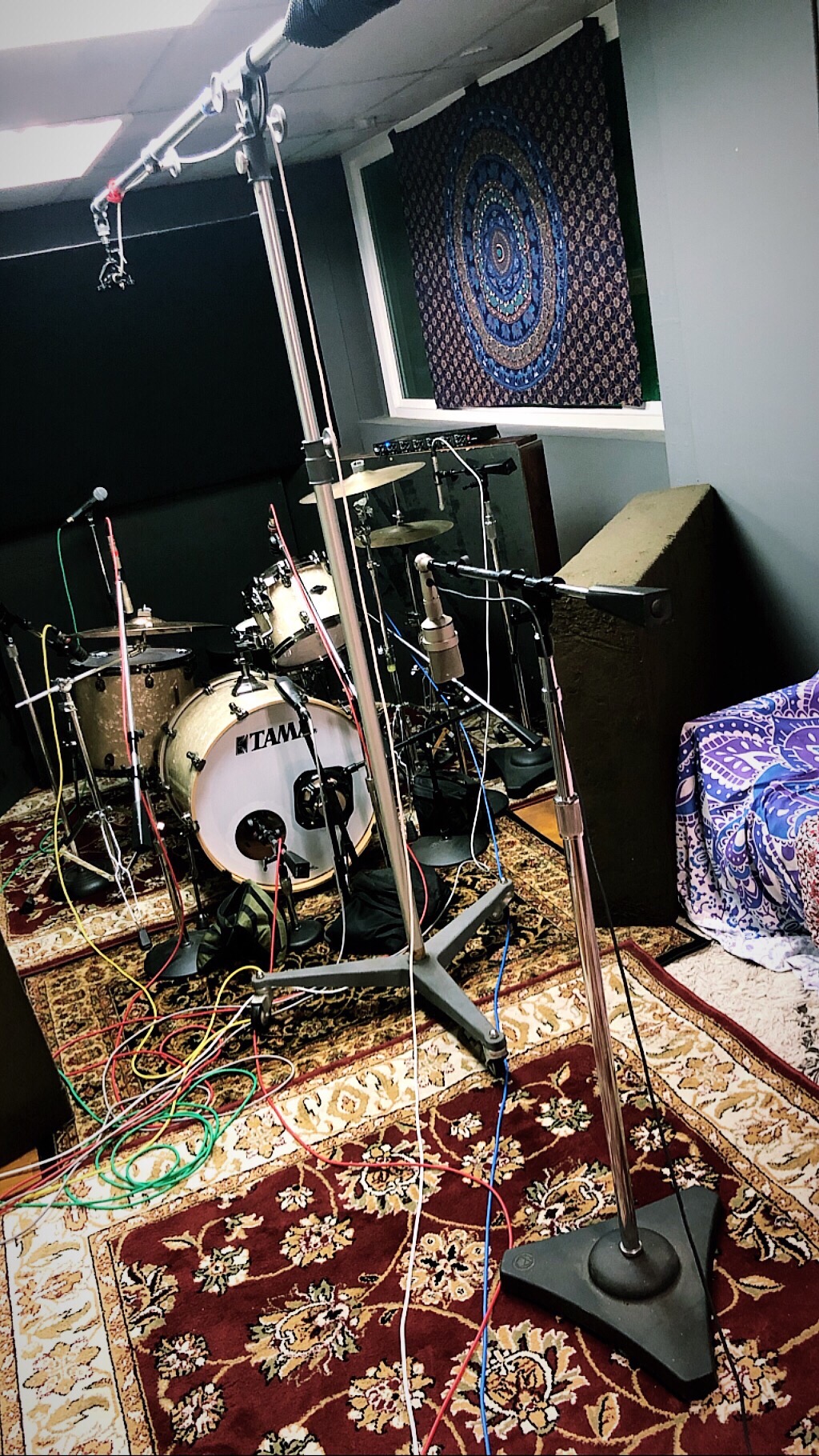 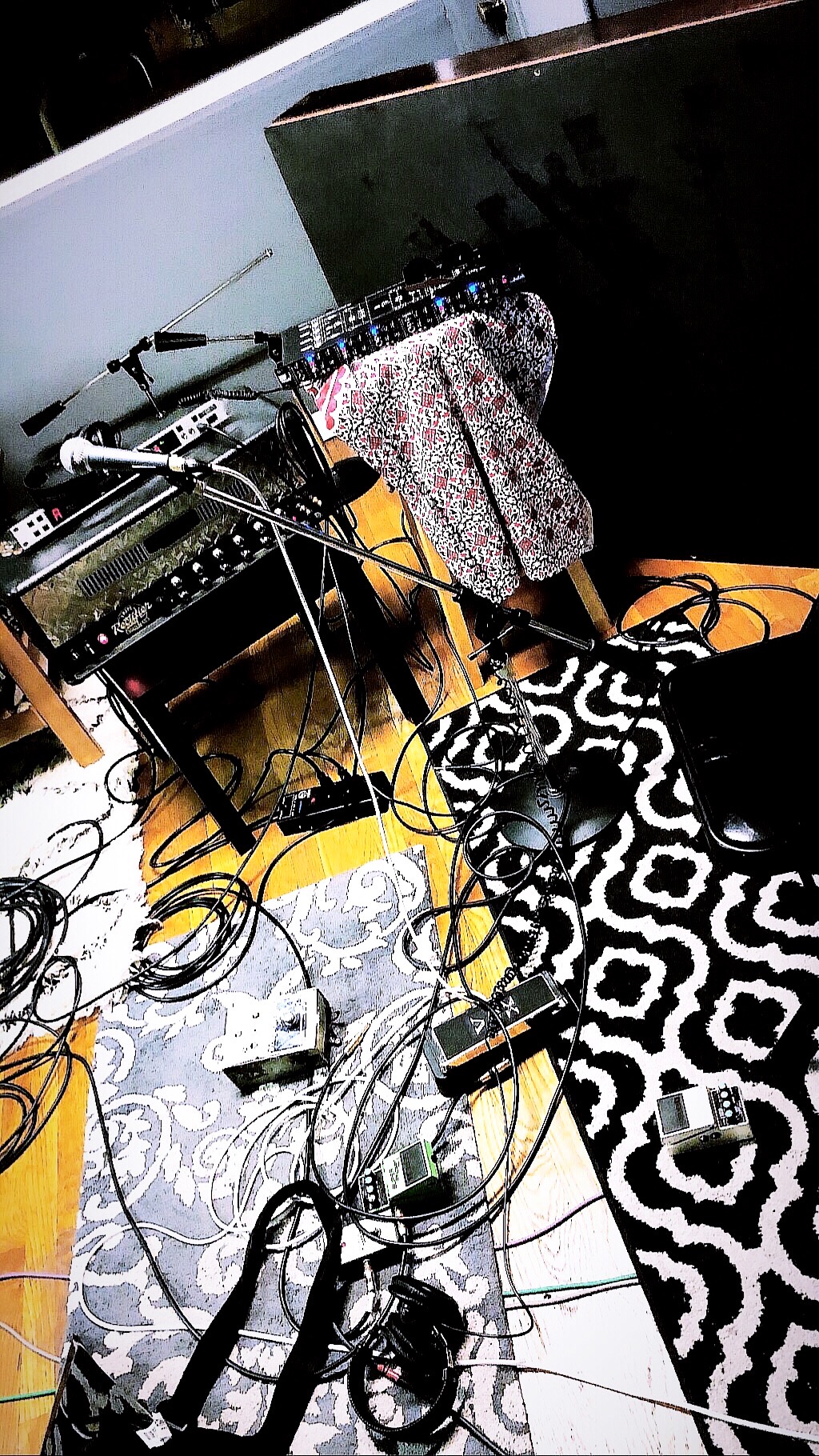