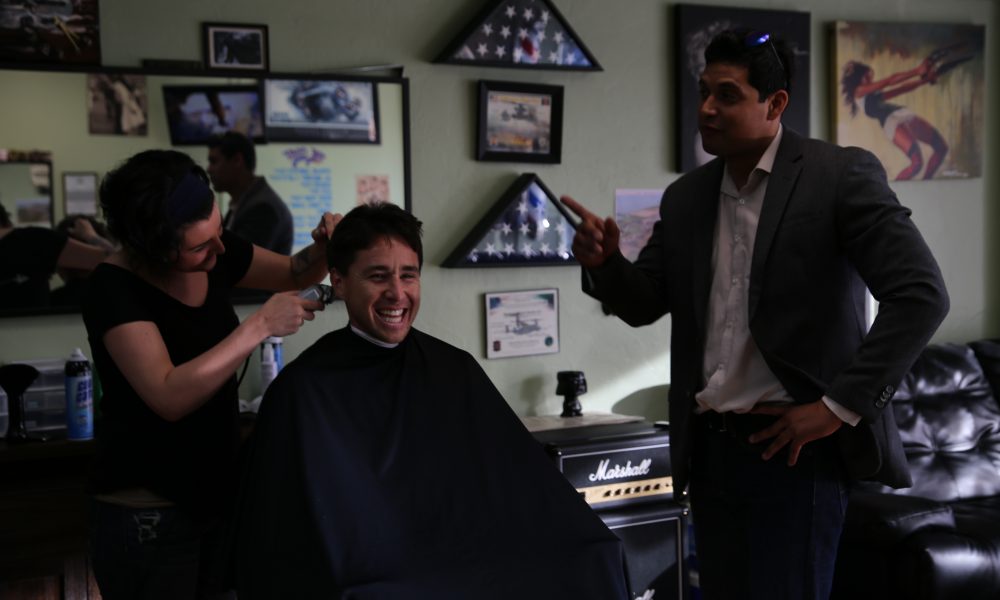 Today we’d like to introduce you to Gabriel Flores, Franco Flores.

Gabriel and Franco are brothers, born and raised in San Diego. They come from a family of both barbers and small business owners, and were most directly influenced by their mother who made ends meet by working as a barber/hairstylist for many years.

In July 2007, when Franco was just 20 years old, he purchased The Village Barber Shop in Escondido from its original owner. For 10 years he owned, operated, and was the lead barber.

While Franco was busy cutting away, Gabriel was serving as a United States Marine. When he became a civilian, he finished his college degree and then became business partners with Franco by investing in The Village Barber Shop.

In December 2015, the brothers found the perfect location to expand to and secured the purchase of a second shop in Point Loma – now, their flagship shop. Together they rebranded their company as Liberty Barber Shop (a nod to Gabriel’s military service and the freedoms and liberties we enjoy as Americans) and renovated both locations, transforming into an old-fashioned neighborhood spot, complete with video games and complimentary beer. As a veteran-owned business, Liberty Barber Shop is proud to serve veterans and active military.

Has it been a smooth road?
Smooth, at times! In the beginning, there was definitely fear of the unknown. Franco had run a shop for 10 years but we had never opened one together, from scratch, in an up-and-coming neighborhood. We had an extremely busy, successful grand opening party and then business died down. Some days, we only sold 3 or 4 haircuts. We’re lucky to be right outside Liberty Station so once businesses like the Public Market opened, we had a naturally steady stream of customers.

Another ongoing challenge is hiring good people. We want them to drink the Kool-Aid we’re drinking, believe in the dream, ride the dragon! Barbering is a fickle business (long hours, standing on your feet, cash business), and barbers tend to move around a lot so keeping a consistent, well-known staff is sometimes difficult.

As brothers, we’ve learned to pick our battles. We try to keep business with business and personal with personal but, we’re brothers! Many times, one topic wades into the next topic. That being said, we wouldn’t have it any other way.

So, as you know, we’re impressed with Liberty Barber Shop – tell our readers more, for example what you’re most proud of as a company and what sets you apart from others.
We are a local old-fashioned barbershop for men and boys, specializing in fresh haircuts, fades, and shaves. We are barbers, committed to the cut, dress, groom, style and shave for men and soon-to-be-men. We are neighbors, dedicated to our community, our neighborhood, our block. We strive to do better – whether it’s a clean shop, excellent service, or entertainment for the kids. Come by the shop for a complimentary beer, free video games, good music and an easy-going environment.

Let’s touch on your thoughts about our city – what do you like the most and least?
San Diego is like no other city. Everywhere you turn, there’s something to do. So much beauty in the environment and in the people. We see a lot of traffic coming through Liberty Station and love how many military folks come through our doors. 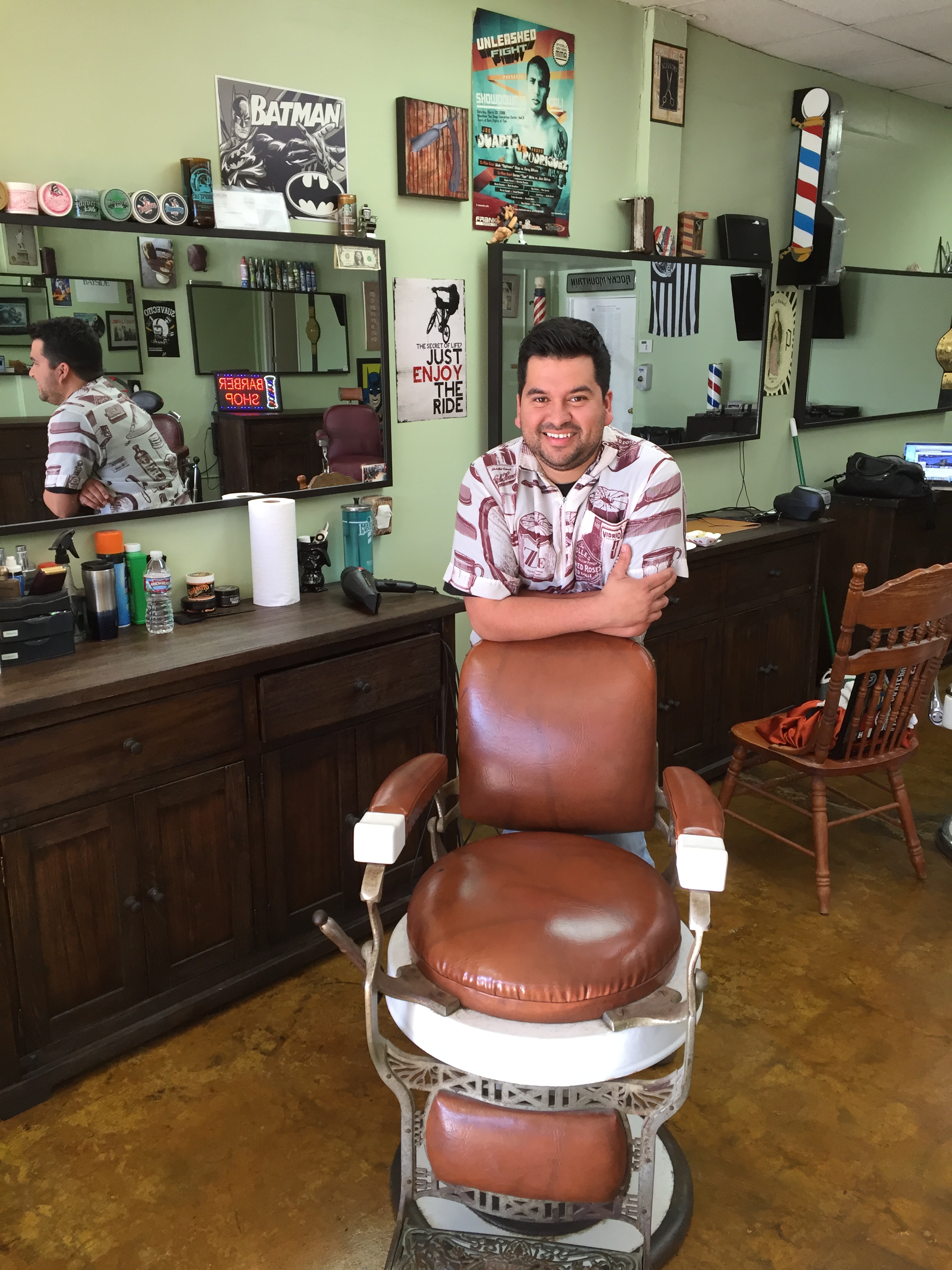 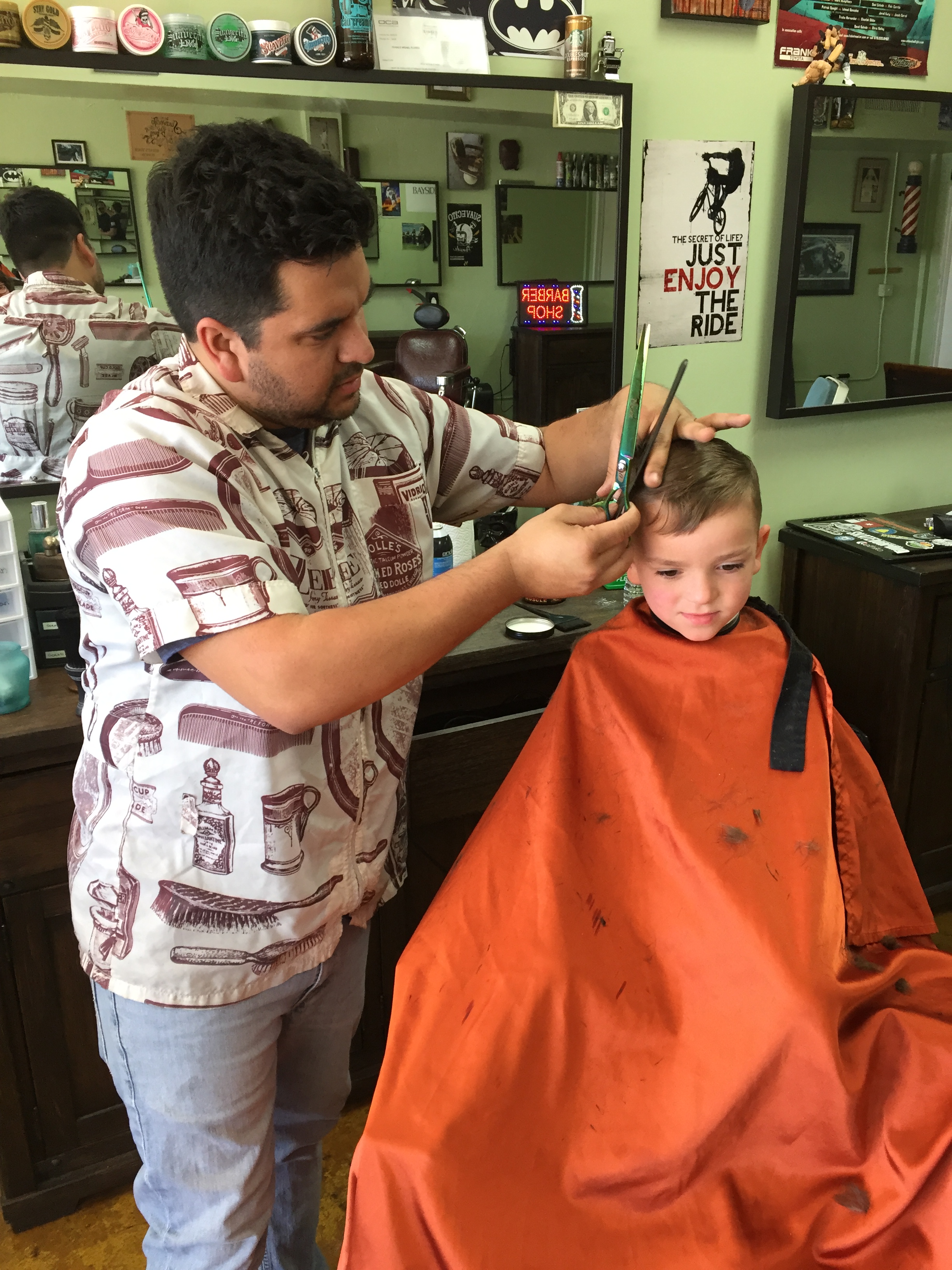 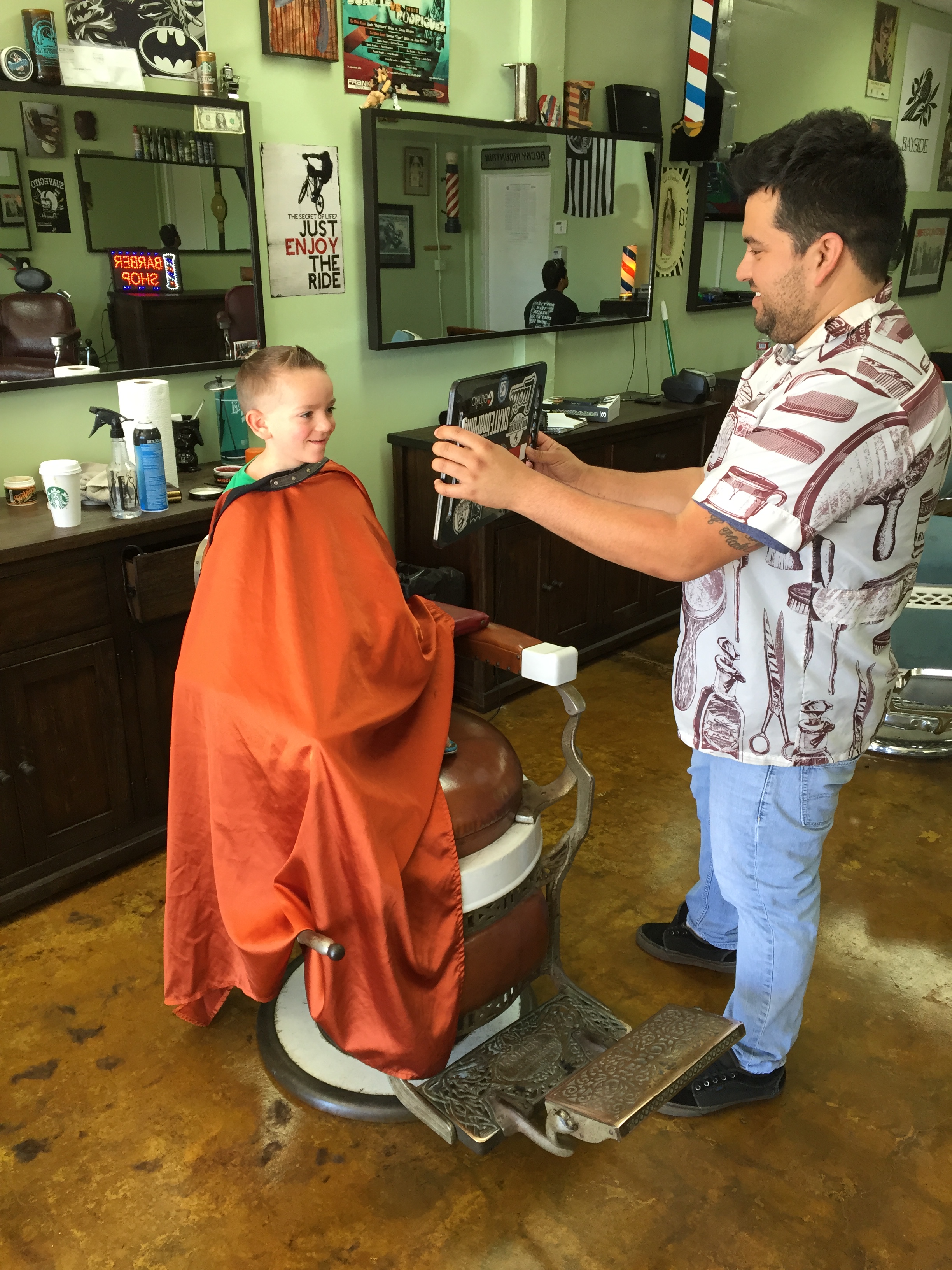 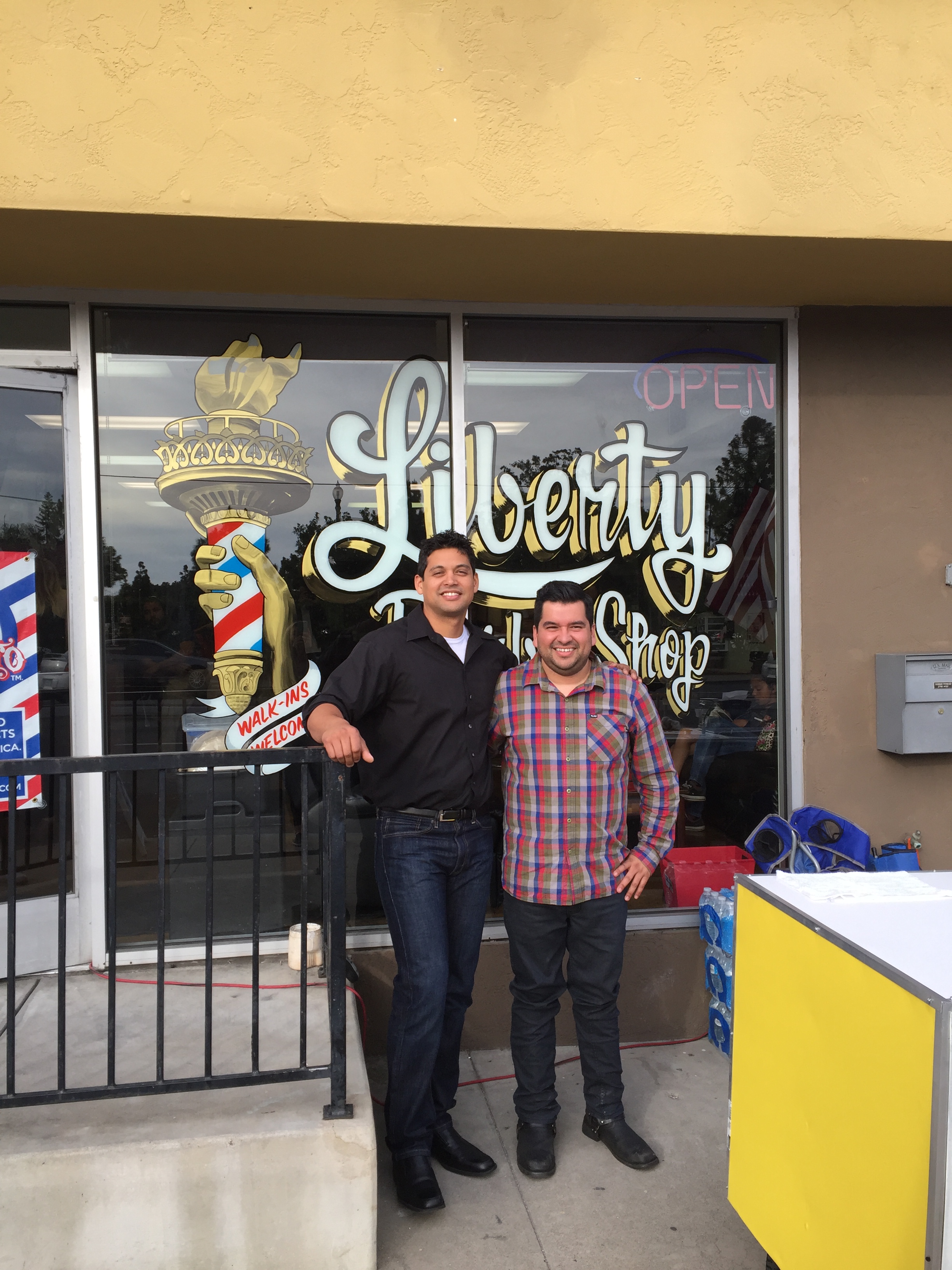 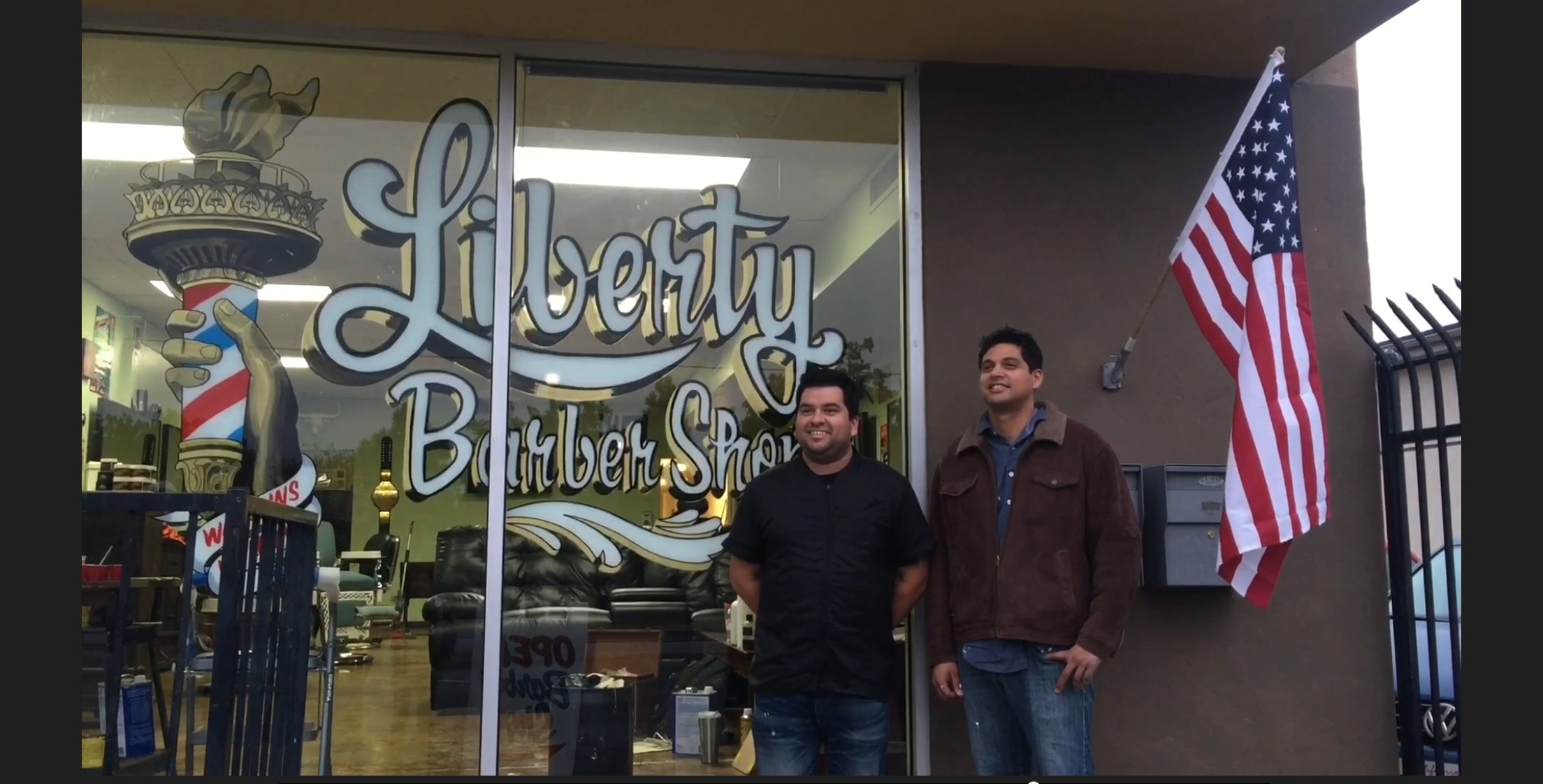