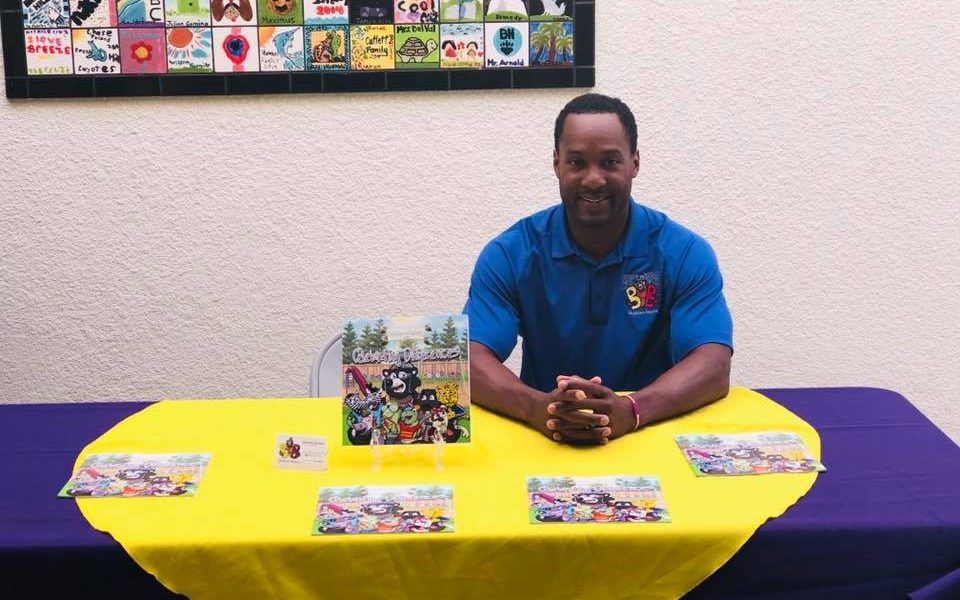 Today we’d like to introduce you to Giovanni Brooks.

So, before we jump into specific questions about the business, why don’t you give us some details about you and your story.
While taking my dog for her daily walk, I received a phone call from one of my friends who wanted to talk to me about a”million dollar idea” that he had which involved writing a children’s book on potty training. The only catch was that he hadn’t the slightest idea what to write about, however, he felt that since I was the one friend who has two smaller children this would be perfect for me! There was only one problem I told him, “I don’t write children’s books or any books for that matter, but good luck with that!”. Somehow, I was convinced that I should attempt to come up with instructional content for this potty training book.

A weeks time had passed since our conversation, and my friend was making a trip down from Los Angeles for a friendly visit and so we could discuss his idea further. Within that one week, my wife, mother and I had come up with the name of our company (Bubbies-Babies) and the names of the stories characters. Within two weeks time, I had written my first book and was starting on my second! Who would have known that I had the ability to write children’s book this whole time!

I was on a roll and decided to keep writing. Within 3 weeks time, I had written 7 books and was in the process of working with my close friend who happens to be my illustrator in order to self-publish our first book entitled “Bubbies-Babies presents Celebrating Differences”. Things were moving fast and efficiently and confidence was building. But I felt that there were still a few missing pieces to the puzzle, namely having a website and a promotional video. I then decided to approach several of my friends one of which is a web designer and the other two own a Production company.

For several months, the three of us worked closely in order to create and ultimately launch the company website and promotional video in time for the release of our first book. Four months after the “million dollar idea” conversation, our company website was live, promotional video complete, and my first book was published! It’s not lost on me that the path that I have taken in order to become a children’s author might be considered the road less traveled, however, I believe that in life we must all keep an open mind and be willing to take a leap of faith.

Great, so let’s dig a little deeper into the story – has it been an easy path overall and if not, what were the challenges you’ve had to overcome?
Nothing about the road that I have taken to become a self-published children’s author can be considered traditional. I have often been told that upon first glance, my physical appearance resembles that of an “athlete” rather than that of an “author”. This sometimes causes people to not take me seriously. Being a self-published author means that I am responsible for my own marketing, promotion and sales.

Meaning each day, I must personally pick-up the phone, or send emails to various schools, libraries, hospitals, farmers markets, etc.. in order to introduce myself and convince them to invite me into their business to perform a book reading and presentation. Constantly having to defend why I have chosen to become a self-published author is a common occurrence. People typically assume that without the representation of a publishing company, success is unattainable. I view this outlook as a personal challenge which I intend to prove wrong.

Please tell us about Bubbies-Babies.
Bubbies-Babies is a children’s brand that focuses on promoting; values, morals, diversity while using whimsical rhyming books. The demographics that we target are ages 0-7 and this is due largely to our picture books. Our message, however, resonates with all age groups. The face of our company is our lovable, bear-huggable mascot and the main character named Bubbie the Bear who is the maternal figure for all of our characters.

When visiting schools, libraries, hospitals, farmer markets, etc.. Bubbie the Bear will sometimes join us on our speaking adventures in order to help spread warmth and cheer!

Bubbies-Babies currently has 11 books that have been written by author G.Brooks who plans to release one new book approximately every six months. This is uncommon by industry standards, but it’s just one of the many ways that separate us. When you invite Bubbies-Babies into your business, you can expect an interactive experience that consists of; signing, dancing, promotional giveaways, along with a positive message. Public Speaking is one of our strengths and we love to engage our audience in meaningful conversations.

What has been the proudest moment of your career so far?
Delivering a positive message to kids and continuing to give back to the community is the number one goal in this business venture. Bubbies-Babies donates 20% of final book sales to various organizations. They say that success occurs when opportunity meets preparation. So much of life is based on being given an opportunity and recognizing and taking advantage of that opportunity when it appears. I have been very fortunate thus far in my journey to encounter a lot of caring, supportive, motivational, and encouraging people who believe in my vision.

These are the individuals I have chosen to surround myself with during the course of my journey down this unfamiliar road of being an author. I feel that in order to reach as many kids as possible it is going to take more than just me in order to accomplish this task. Every day I wake up with the single purpose of trying my best. See, I have this belief that as long as I try my best, I won’t have any regrets. Regrets and not failure is my biggest fear in life.

The thought of never trying and never knowing ways heavy on my mind more so than trying and not being considered successful by others. At the end of my day when I lay down and close my eyes to go to bed, I know that I will have no problem sleeping if I have tried my best that day. 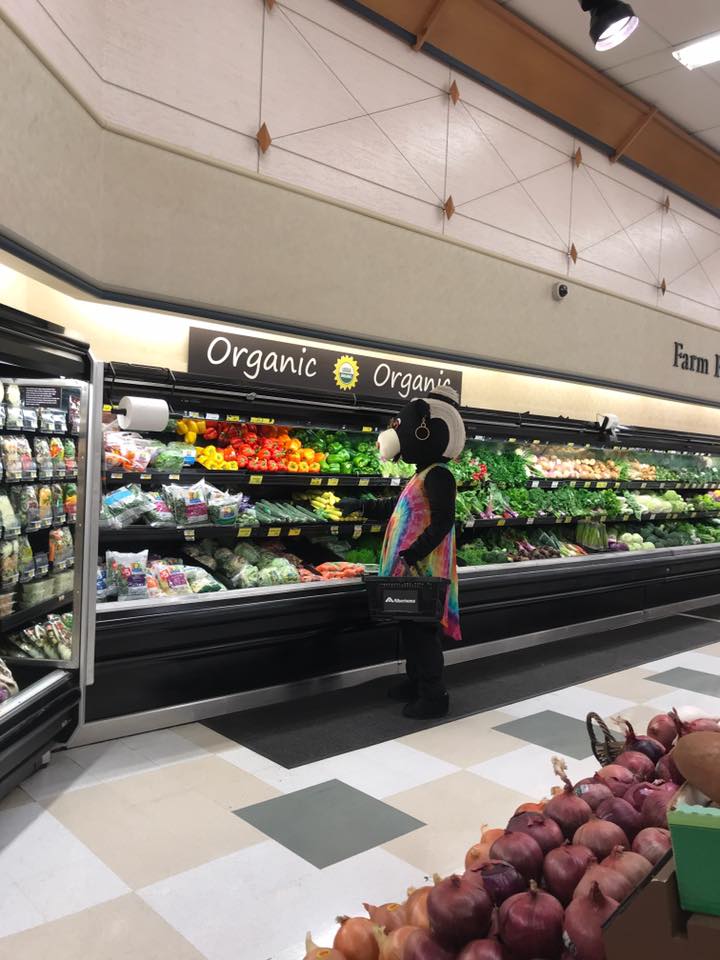 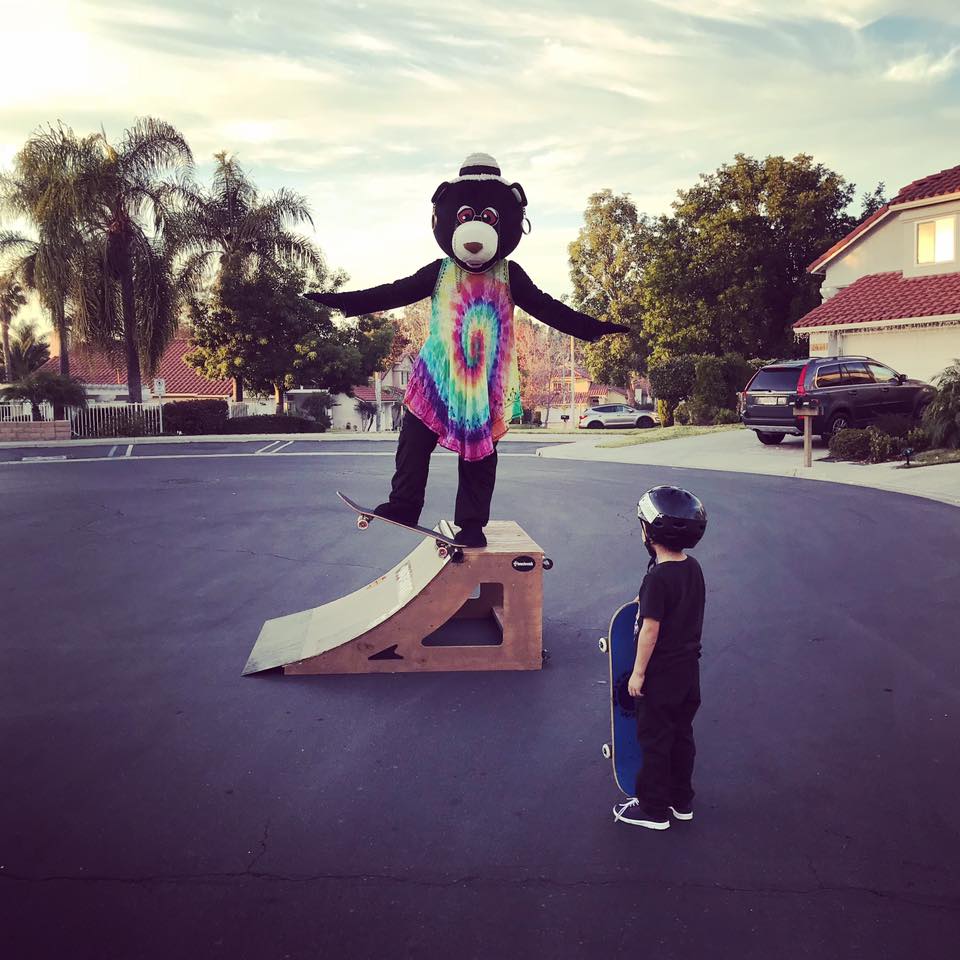 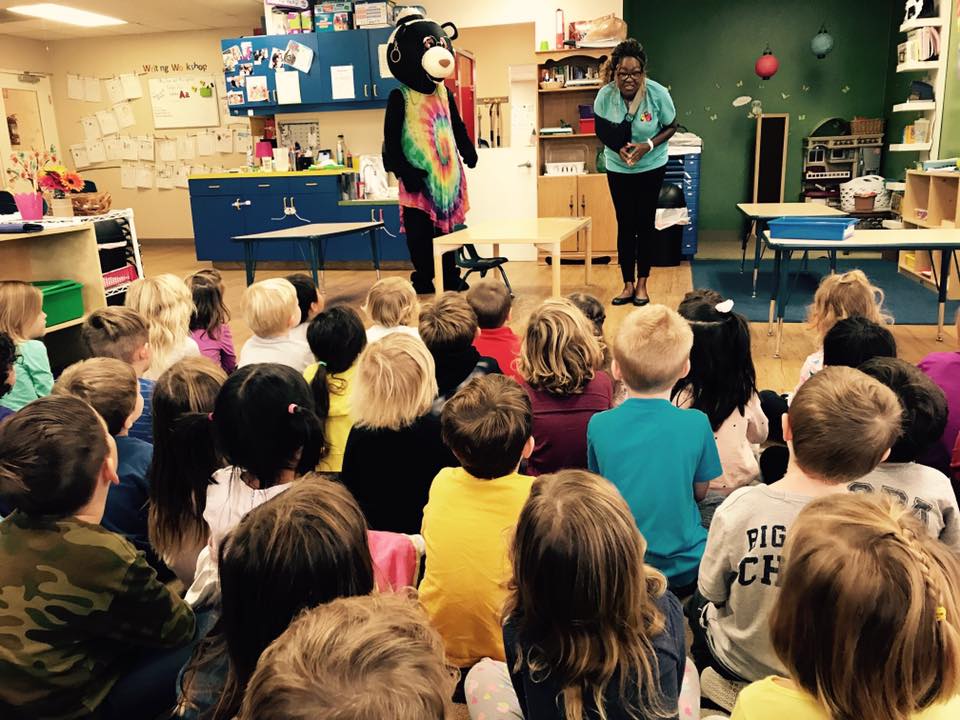 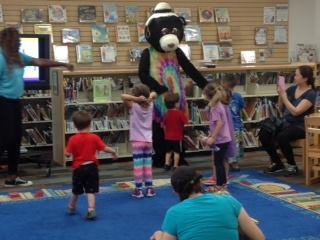 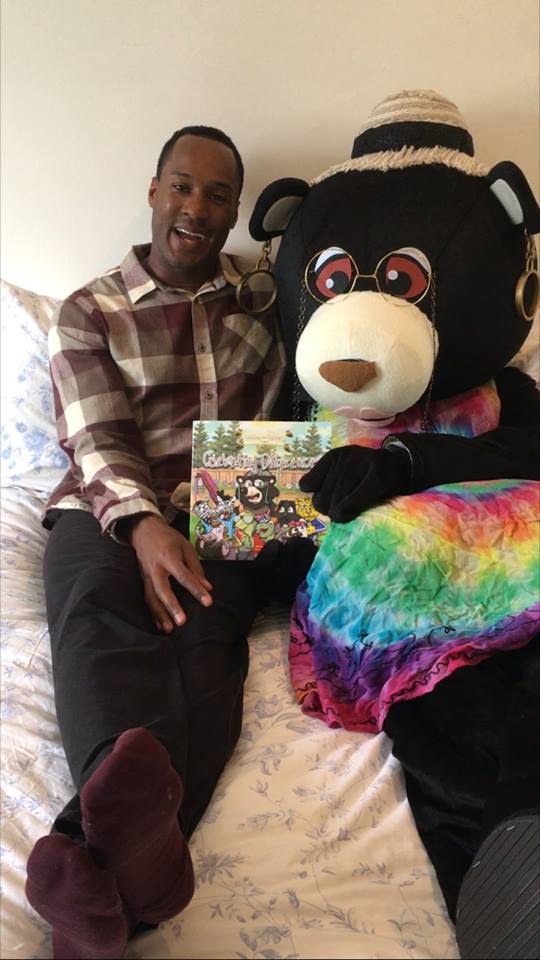 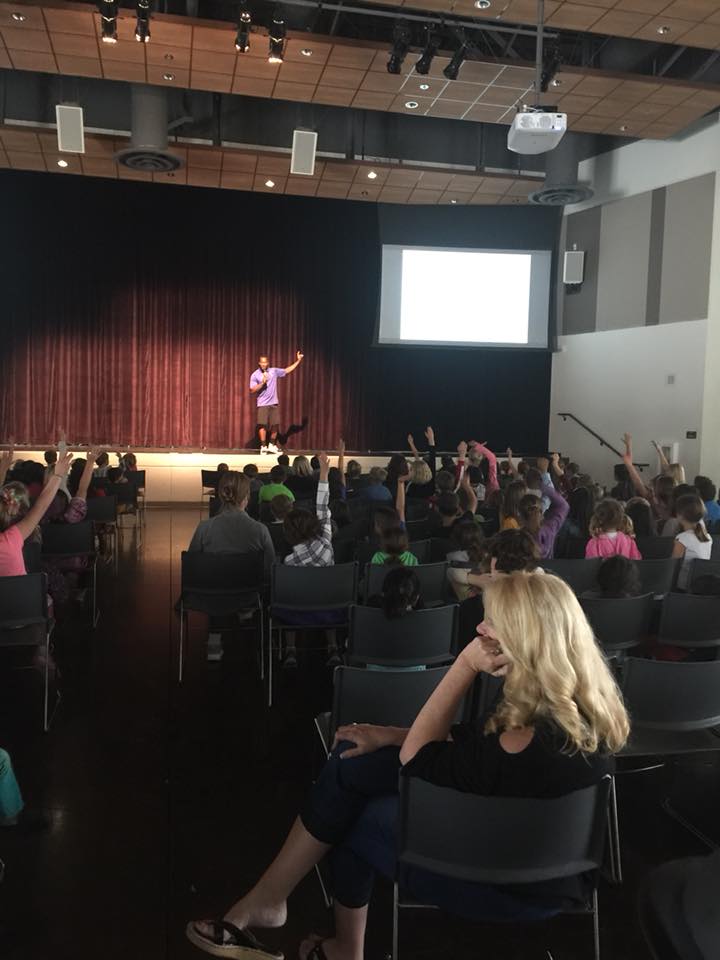 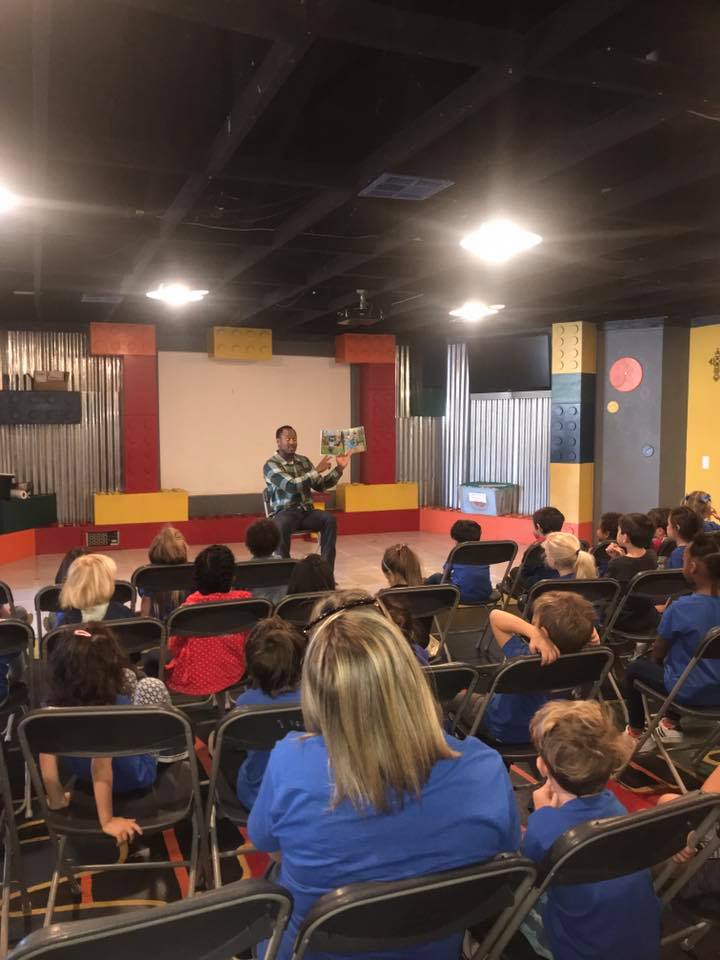 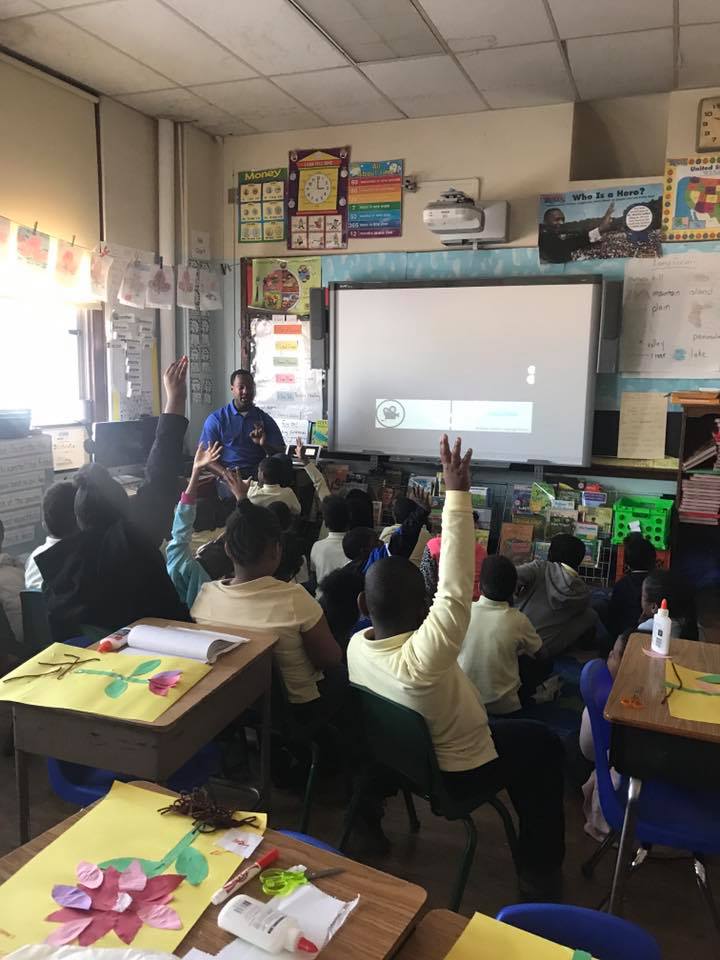