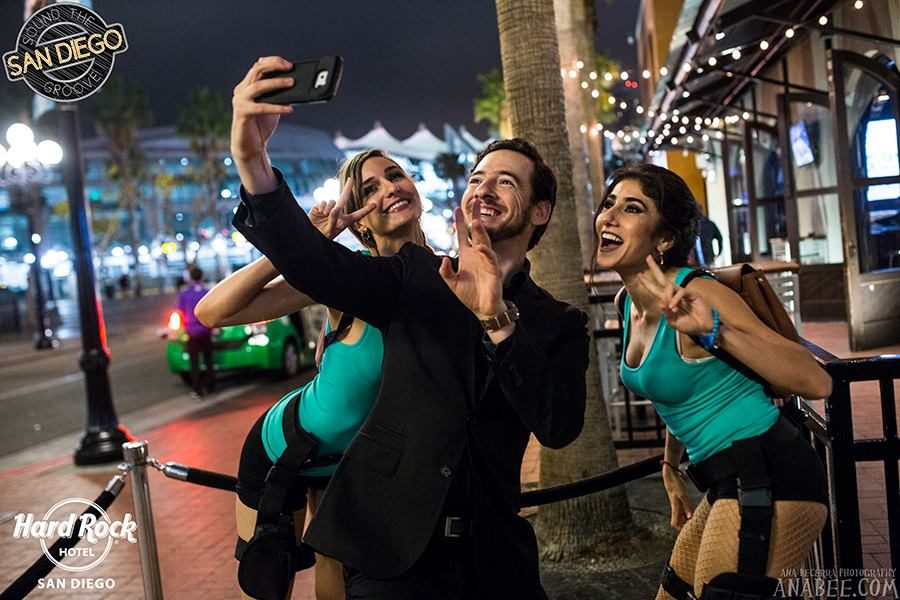 Today we’d like to introduce you to Jonathan Avila.

Thanks for sharing your story with us Jonathan. So, let’s start at the beginning and we can move on from there.
Groove International was birthed, like many ideas, in a coffee shop in Southern California. I didn’t have a home or a car at the time; and when I did have a car, I was often sleeping in it. But I had an idea, and I knew that I wanted to work in live concerts. The idea was more of a realization. That the live-concert industry, particularly for up-and-coming musicians, was a dreadful industry to be a part of.

Musicians would have to fight tooth and nail to get shows, and even when they obtained them, they would commonly have to deal with an unprofessional experience. I heard countless stories of promoters disappearing with money, bookers not showing up to events, shows falling hours behind schedule, small-headliners not showing up, promises not being kept. Even as a former artist myself, I personally experienced many of these situations. And I couldn’t help but think… If this is an industry where you are literally dealing with someone’s dreams, it should be much more professional than that.

And that was the idea that was Groove. To build a professional outlet for musicians to book shows, without having to deal with the stereotypical “shady” promoter. Artists need a professional experience when performing in events, and Groove set out to do that.

I’m proud to say that Groove International has grown substantially since then. We work all throughout Southern California, with Live Nation, House of Blues San Diego, House of Blues Anaheim, The Music Box, Hard Rock San Diego, The Federal of North Hollywood and Long Beach, Harvelle’s Nightclubs, the list goes on.. I’m also excited to say that we have officially begun booking shows in New York as well! San Diego will always be our home, but it’s exciting to see how much this company has grown since it was conceived in that coffee shop so long ago.

Overall, has it been relatively smooth? If not, what were some of the struggles along the way?
Starting the company was not a breeze. We had zero start-up capital and I was literally starting without a consistent home or car. I was riding the train and public transit to most of our events (if not carpooling with staff), and oddly enough, an Amtrak ticket across southern California will cost you more than gas will. I even got robbed at a train station at one point right here in San Diego! Though there are plenty of fun (and not so fun) stories to tell, it wasn’t hard to stay the course. We (my staff and I) all knew the idea was solid.

Please tell us about Groove International/ Sound The Groove.
Groove International is most well-known for our party-rock events, where we combine the best of the live-concert world and fuse it with the Hollywood-nightlife world. These events actually came into existence right here in San Diego, when we decided to throw a show the night before New Year’s Eve at House of Blues San Diego. We had multiple stages, live bands all night, DJs in between the bands, go-go dancers to dance in between the bands to keep the crowd entertained, photographers, hosts… We even dumped a bunch of beach balls into the audience half-way through the event. The idea was to take a normal rock concert with phenomenal artists and turn the place into Vegas for a night. The event was a complete success and we packed the house! We even had trouble getting into our own show at one point.

Since then, we’ve thrown countless shows like this. Superheroes vs Villains parties during Comic-Con, pirate-themed parties during Halloween, Pink Ribbon themed parties for breast cancer benefits, pretty much anything you can think of. In fact, the wildest one we did was right here in San Diego, where we did a toga-party and people still came out in full force even though it was pouring down rain. All of the events are based around live music, we just crank things up a notch. Or ten. We work with all genres of music, and not all of the events are of the part-rock vibe (though granted, it is what we are most well known for).

What I am proud of most is that we have created a professional outlet for musicians to book shows through. When you [an artist] works with Groove, a manager from our company meets you AT your show. They show you where to load in, they introduce you to your sound and lighting techs… Everyone, from the backline person to the very photographer that we hire to follow the bands around all night. We even round up all the artists well before doors and pass out beers and cheers as we open. Heck, the musicians even get a welcome letter to the company when they first work with us. Because that’s how it should be. A professional setting where you’re dealing with musicians’ dreams.

If you had to go back in time and start over, would you have done anything differently?
The idea was always genuine, but like any business, you’re constantly fine-tuning the system. If I could go back and apply everything I know now to when we first started 8 years ago? Sure. But I’m sure I’d say the same thing 8 years from now. Everything is an experience. Even the failures. Without failure, you can’t learn what you need to change to succeed. 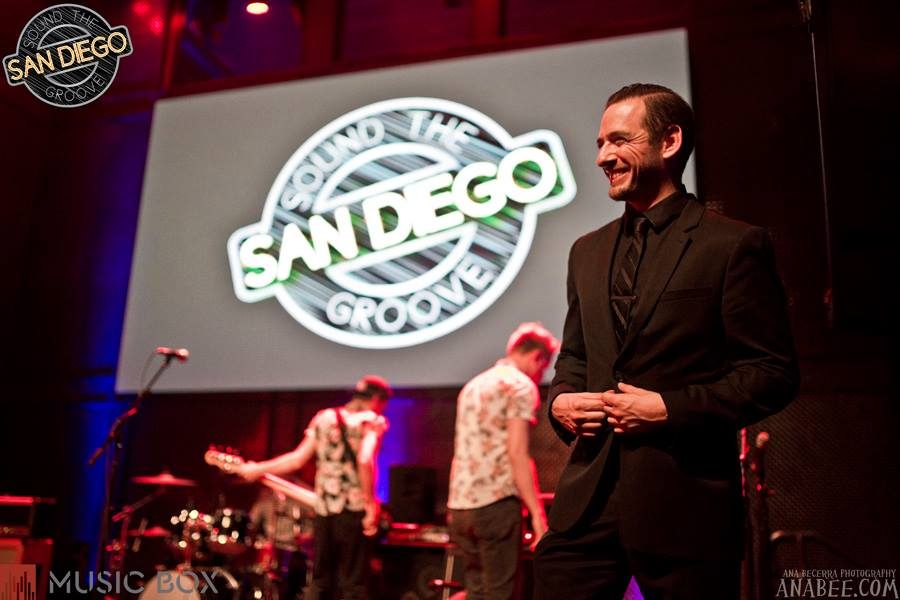 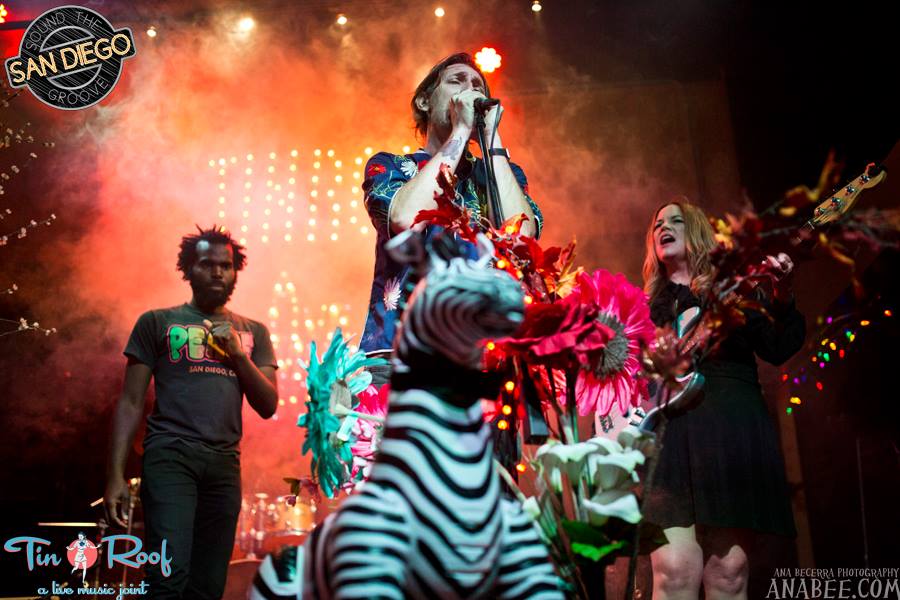 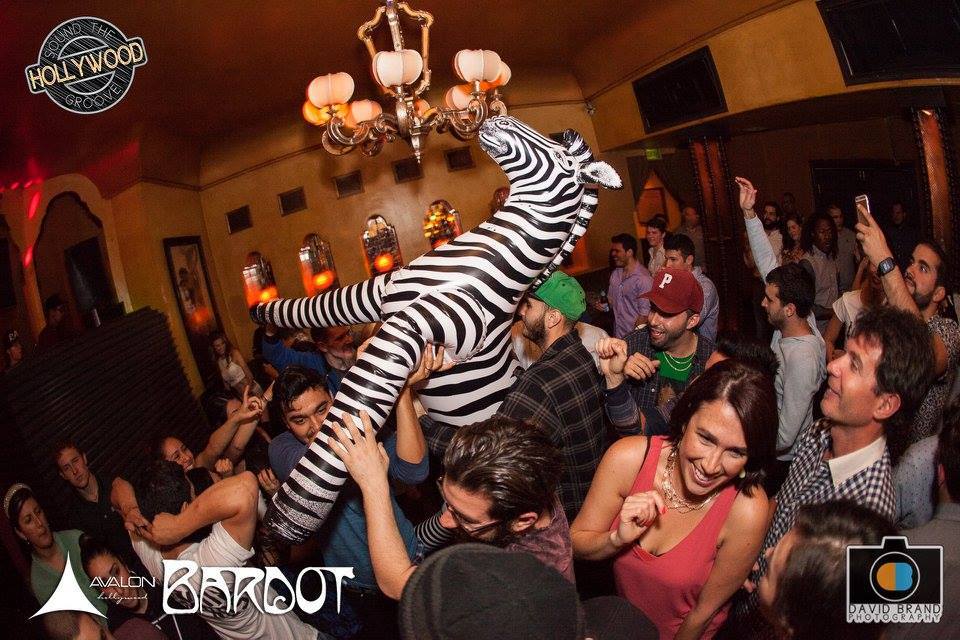 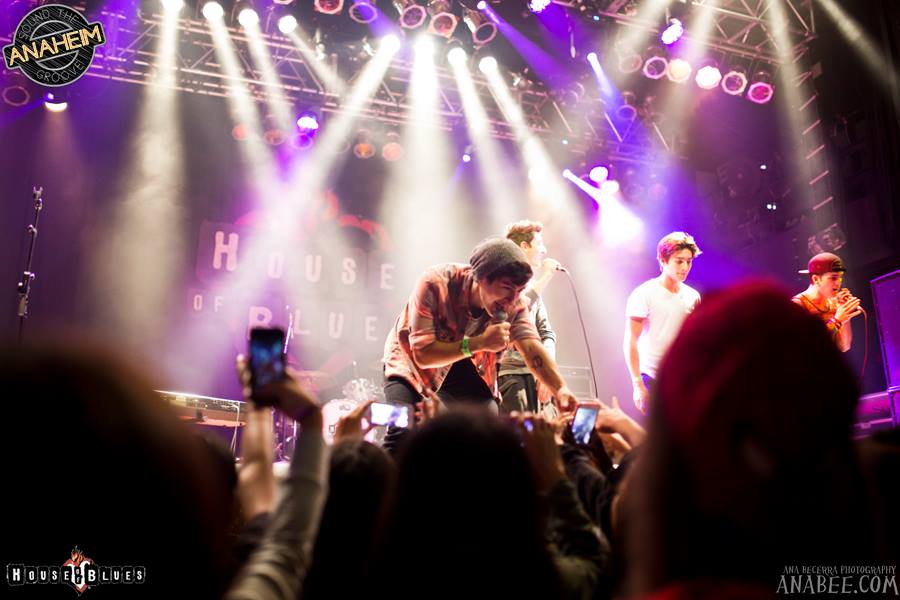 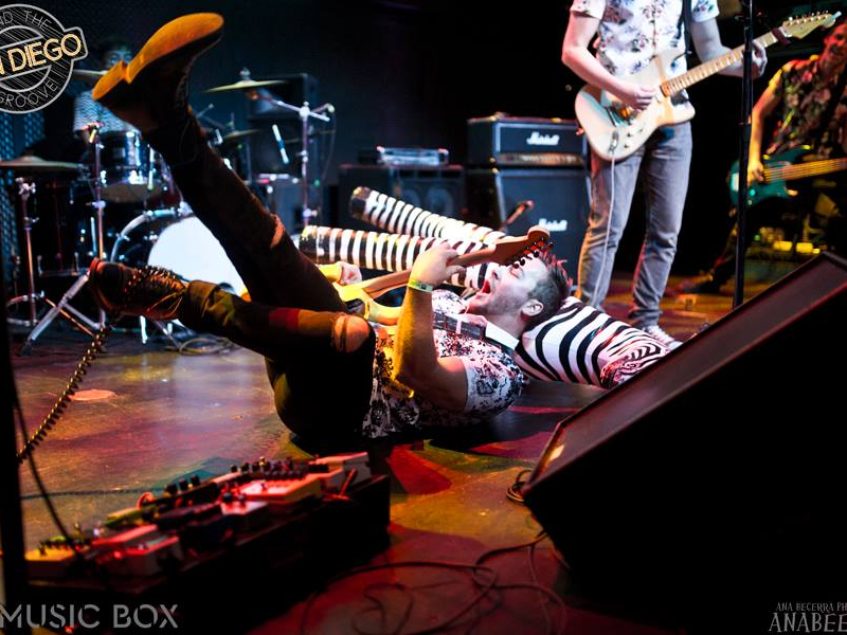 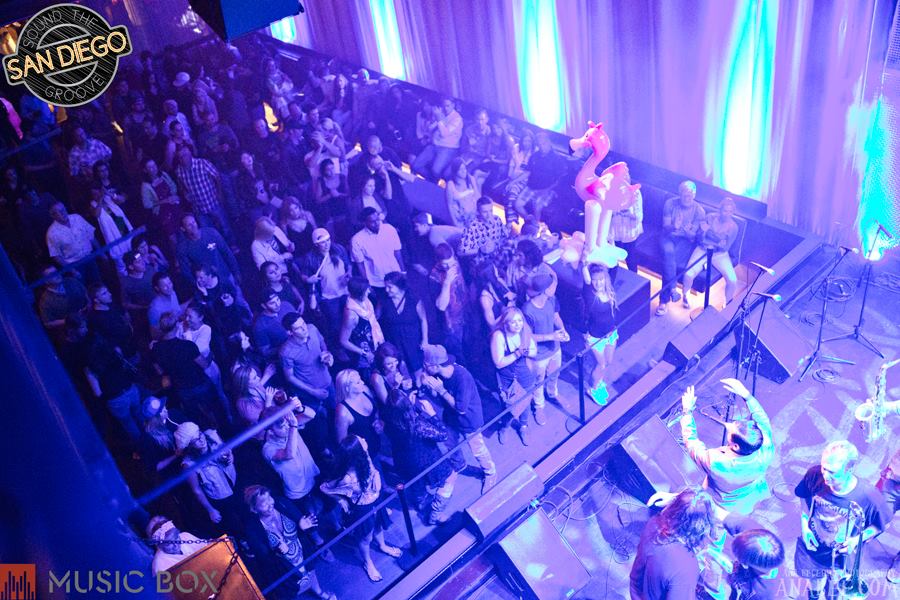 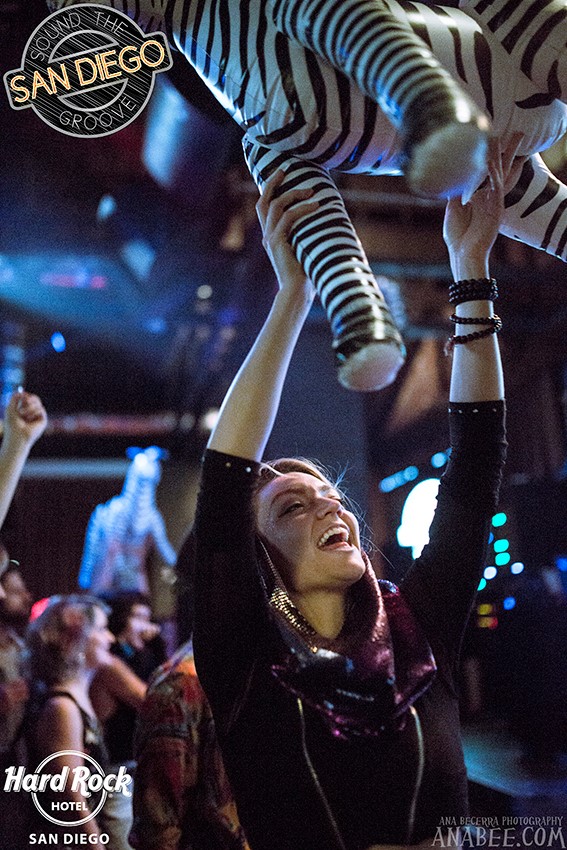 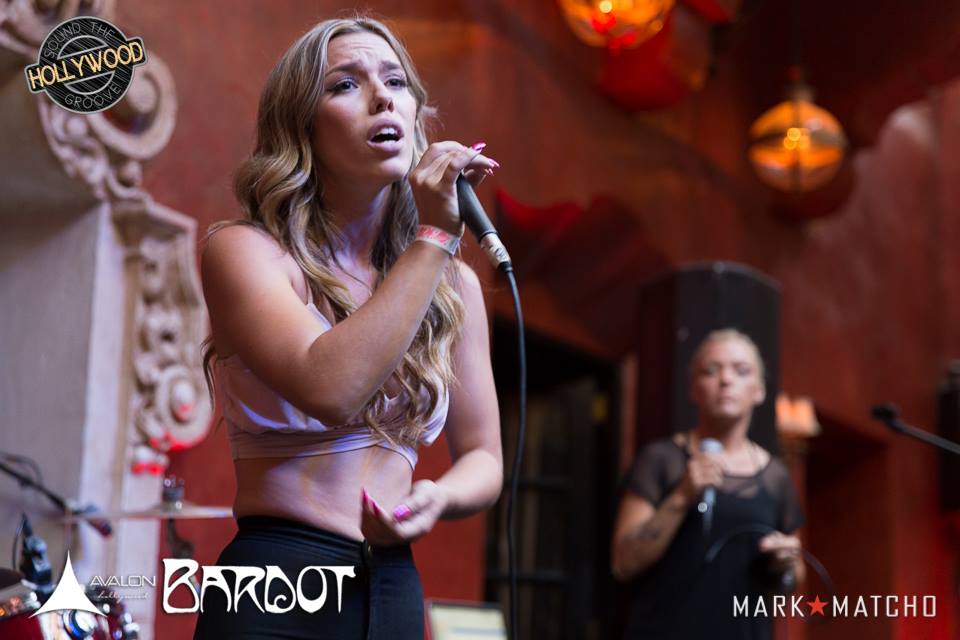 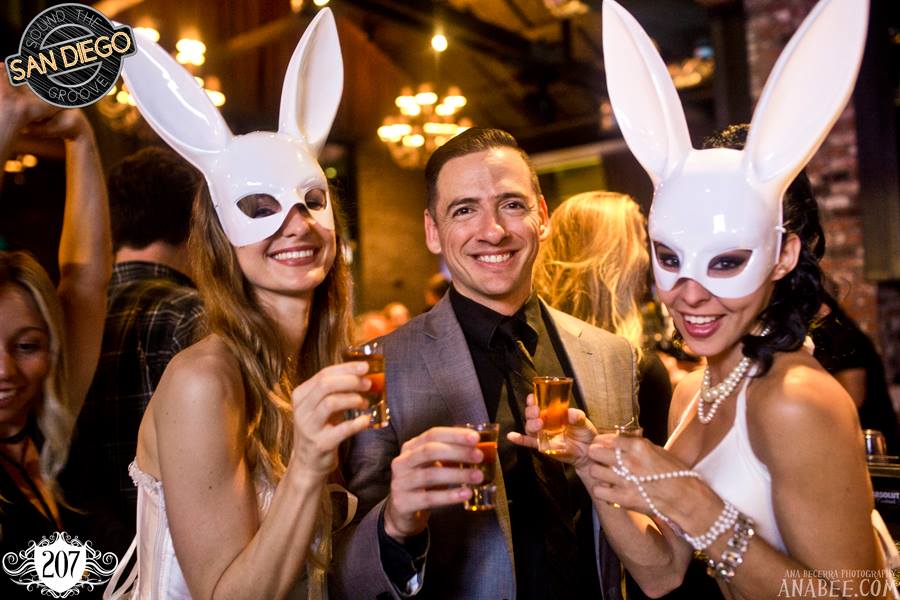