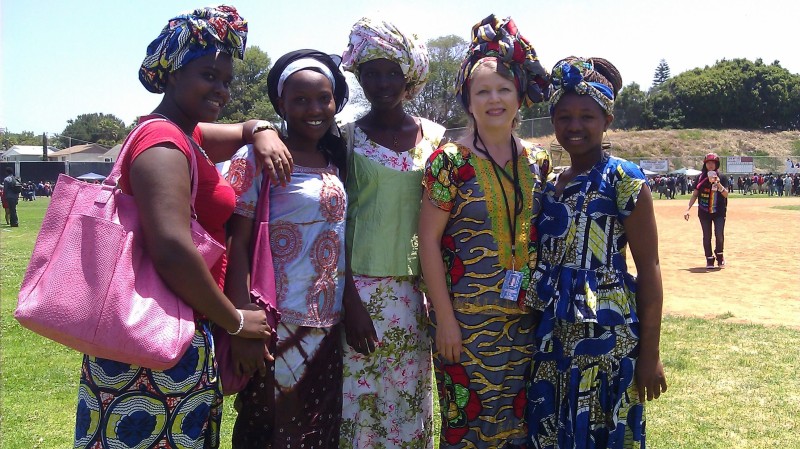 Today we’d like to introduce you to Gwen Osgard.

So, before we jump into specific questions about the business, why don’t you give us some details about you and your story.
I started working in the San Diego Unified School District as an English teacher 20 years ago. I have taught all high school grade levels and classes from ESL (English as a second language) classes to Advanced Placement classes and it has always been more about the students than the subject matter. I have found great purpose in teaching the immigrant and refugee students of City Heights, the new arrivals.

In 2008, I was fortunate to be a designer and teacher of one of the first (of two) New Arrival Centers in San Diego. For eight years, working with newcomers filled my life with stories from the far reaches of the world; tragic stories of war and loss, but also wonderful stories of human life and love. My kids and their families had been through everything unimaginable, and yet their spirits were intact and their desire for learning was an affirmation of the human spirit.

Crawford High School is the most diverse high school on the West Coast and the New Arrival Center served an amazing mix of students of varied home countries, languages, religions, cultures and customs. The students became a cohort and supported each other through their high school experience. And now, a decade later, I am continuously blessed to see my students graduate from high school, from college and become contributing members of our society.

Overall, has it been relatively smooth? If not, what were some of the struggles along the way?
The Crawford New Arrival Center was an incredibly challenging program to start. At the time, Crawford was divided into four small schools and we, the two teachers in the New Arrival Center, served students from each of the schools. Thus, enrollment, scheduling, taking attendance and assigning grades was awkward, to say the least. Furthermore, when the students were enrolled, most spoke no English at all, thus assessing the students’ skill levels and interest was next to impossible.

Opening the New Arrival Center in 2008 was full of unknowns, trial and error. It was a matter of taking a giant leap and knowing that we would do anything to figure out how to best serve our students. It was an exciting adventure in education and it stretched the hearts and minds of everyone involved. We scrambled for appropriate curriculum, relevant textbooks and lesson plans that met a classroom of students at varying levels of English language acquisition which were interesting to teens. It was a tall order, and it was incredibly gratifying to overcome obstacles and find solutions. Each community connection increased the success of our program. We explored San Diego with our students, took them on many college visits to make them familiar with their next steps, and hosted several interesting visitors, such as Joan Embery and Emmanuel Jal.

When we first opened, the Karen people had only been coming to the United States as refugees for about a year. We had no translators for the Karen language and the Karen Organization had not been formed yet. We had never even heard of Karen people and new practically nothing about Burma (Myanmar). We thought they were “Burmese” and that they spoke Burmese. It took the students acquiring enough English to explain to us why kids would write about Thailand (where they had lived in refugee camps) and that they were not Burmese- in fact, the Karen and other minority groups had been in a Civil War with the Burmese since the 1940’s and had endured torture, murder and the destruction of their homes and farms at the hands of the Burmese soldiers.

We learned that they were so small because they were usually about three years younger than their age on paper due to the fact that the Thai government gave the parents food rations according to the age of their children. In order to get enough rice, the parents would add a few years on to their children’s ages. We learned about other groups as well. We found out that students from Mexico and even from Vietnam may have interrupted formal education as well, even if they were not refugees. We learned about the religions of our students and adjusted our lessons during Ramadan (the Muslim month of fasting) because our kids were fasting and made sure to do our best to follow cultural rules and norms, such as sitting our girls in full hijabs (faces covered and only eyes showing) at all-girl tables and having a girl only room for lunch so that the girls could relax and enjoy their food together.

The kids taught each other about their customs, cultures and religions and formed an amazing cohort that still serves them as adults in college and other areas of life. I see my former students and they are still close with their multicultural friend groups, something that does not usually happen in high school, where students often clique together for safety and comfort rather than try to have a diverse range of friends. I have had students write letters to me telling me that the best thing about the New Arrival Center was learning so much about other people and making friends who turned out not to be so different from themselves.

Crawford High School – what should we know? What do you guys do best? What sets you apart from the competition?
Prior to the creation of the New Arrival Center by Terry Walter, then Director of the Office of Language Acquisition, newcomers (immigrant and refugee students) would take English as a second language (ESL) classes and mainstream classes for the rest of the day. This led to students earning failing grades in their first year or two until they had acquired enough English to study the other subjects. This could be detrimental to their grade point averages and prevent them from ever graduating. The New Arrival Center was designed to give immigrant and refugee students a safe space in which to become proficient in English in one year in order to find success in the classes to follow.

They were comfortable enough to make mistakes because everyone was learning and there was none of the bullyings that is often experienced by international students who do not know how to speak English, dress differently, and lack things that American kids take for granted. It was a semi self-contained set of classrooms in which newcomers had the opportunity to build their English language skills all day while also studying math, science and American history in order to fill in the gaps in education. The majority of the students were SIFE (Students with Interrupted Formal Education) and they needed to study math from kindergarten to the ninth-grade level in order to be successful and to have the background in science and social studies. The students went to PE class, Advisory class and sometimes to art or computer classes. Those who arrived with math skills went to appropriate math classes.

The acquisition of English in preparation for high school classes was the focus of the New Arrival Centers; however, at Crawford High School, our work with the immigrant and refugee students went far beyond classroom instruction. We connected with the local organizations that rescue refugees, such as the International Rescue Committee, the Alliance for African Assistance, Jewish Family Services and Catholic Charities. We connected with the Karen Organization and the East African Cultural Center. My colleagues and I helped our students and their families to go to the doctors and dentists and to access other services that are so difficult to navigate without fluency in English.

Our New Arrival Center became a bustling hub of instruction, student activities and family support. By years two and three of this innovative endeavor, my teacher colleagues and I had developed a system wherein our older students who had mastered enough English and already successful in their high school classes would mentor the even new students to understanding American school culture and the surrounding City Heights community. We created clubs to support our students in extracurricular activities, such as the Karen Youth of San Diego Club (KYSCD), which continues to successfully share the Karen culture and provide support for Karen* students and International College Scholars, a club created to foster a college-going culture for our newcomer students.

I am very proud of the work we did in the New Arrival Center. We had a very high graduation rate, many of our students are in college, are college graduates or have finished other types of training programs and are working members of our community.

Councilmember Marti Emerald presented us with a proclamation on May 16th, 2014, signed by all councilmembers and the mayor declaring May 16th as Crawford High School New Arrival Center Day for the City of San Diego. She presented it to us during our Big Celebration, an end of the year cultural performance in which our students shared their songs and dances from their home countries and student-created skits about their experiences as new arrivals.

Over the years, there were several articles and television reports focused on the New Arrival Center, all positive. In two such stories, NBC’s Rory Devine interviewed me. On the second occasion, I was awarded the Inspiring Teacher of the Month award by NBC and the San Diego County of Education. Directly after that story, the New Arrival Centers were closed.

* The Karen are an ethnic minority of Burma (Myanmar) who has suffered an attempted genocide and fought in the longest civil war in the history of the world. Background information can be found at www.roadofresistance.com.

Other sources of info:
• Dr. Kristy Drake’s (former New Arrival Center teacher) finding that teachers within the New Arrival Center: “By and large, teachers defined themselves as much more than an instructor. They viewed themselves to be advocates for both their students and their program as well as a liaison between students and their families, school, and community resources” (p. 122).

What are your plans for the future? What are you looking forward to or planning for – any big changes?
Nonetheless, enrollment in charter schools continues to rise as more and more families and educators look for more engaging and personalized educational experiences. Since the closure of the New Arrival Centers, my colleagues and I have been exploring the steps necessary to open a specialized charter school that would encompass our researched support methods and advocacy. In the meantime, my colleague, Skye Cooke-Pinon and I have been working with the University of California San Diego (UCSD), implementing a tutoring program for refugee students with a focus on English language acquisition at the Sudanese Cultural Center.

I continue to be the advisor for the Karen Youth of San Diego Club and the Culture Club, which consists mainly of refugee students from Africa and Syria. I continue to work with the Karen Organization of San Diego and the International Rescue Committee as well as other community organizations. I engage in discussion and work concerning immigrant and refugee students and families whenever possible and consider this to be my life’s work. I hope to see the pendulum swing back to a focus on new arrival students, an at-risk population, and their specialized set of needs. 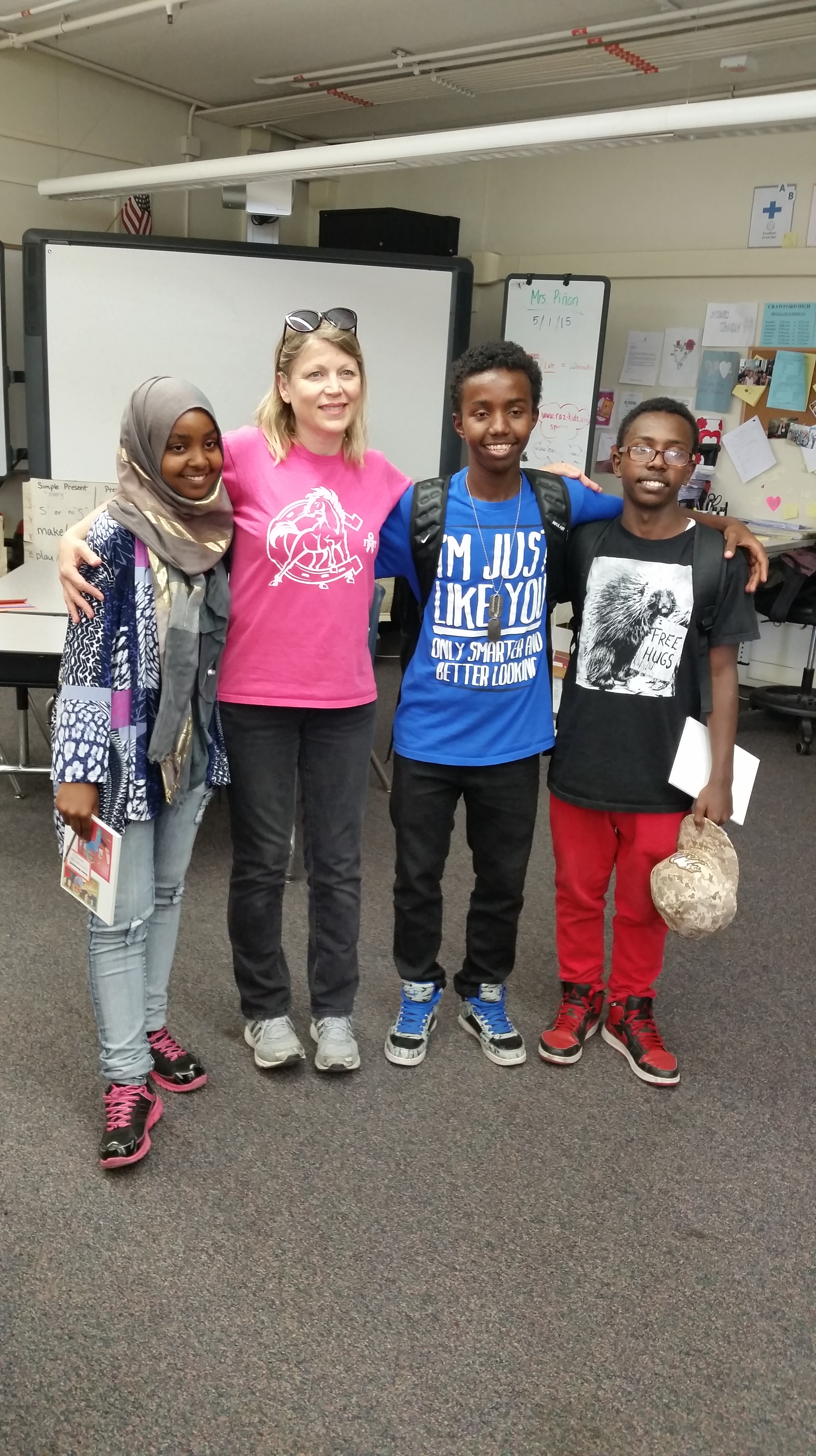 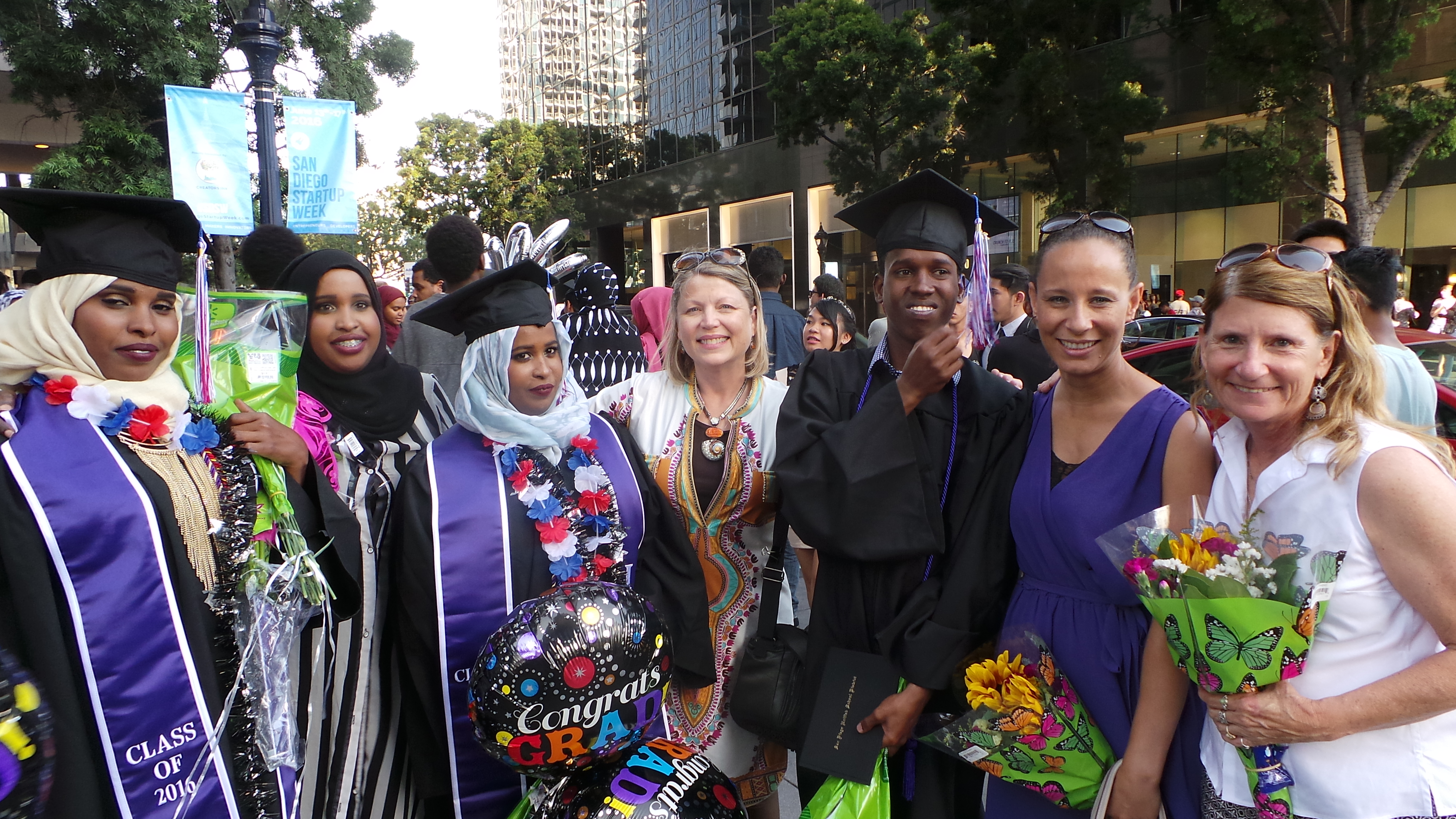 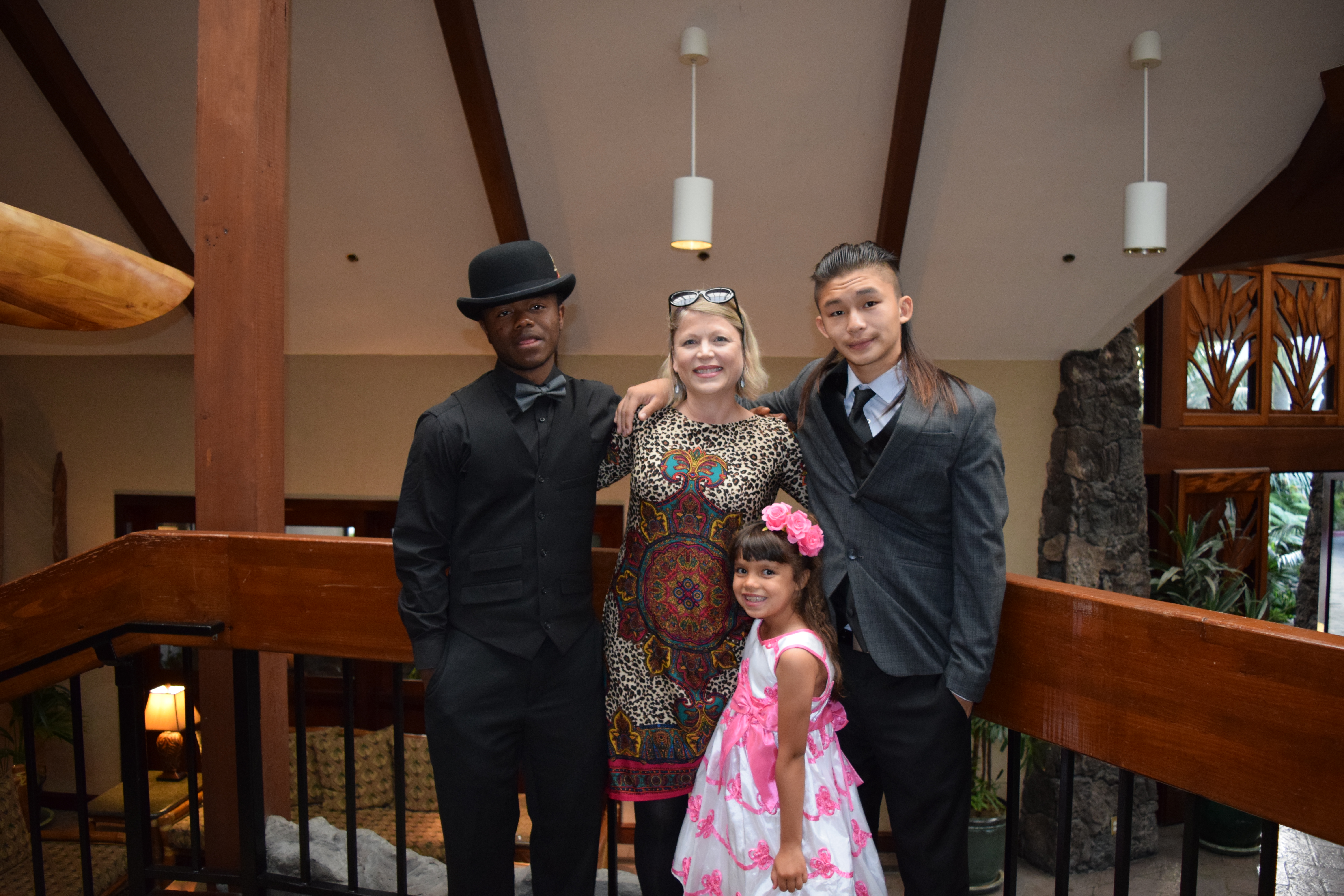 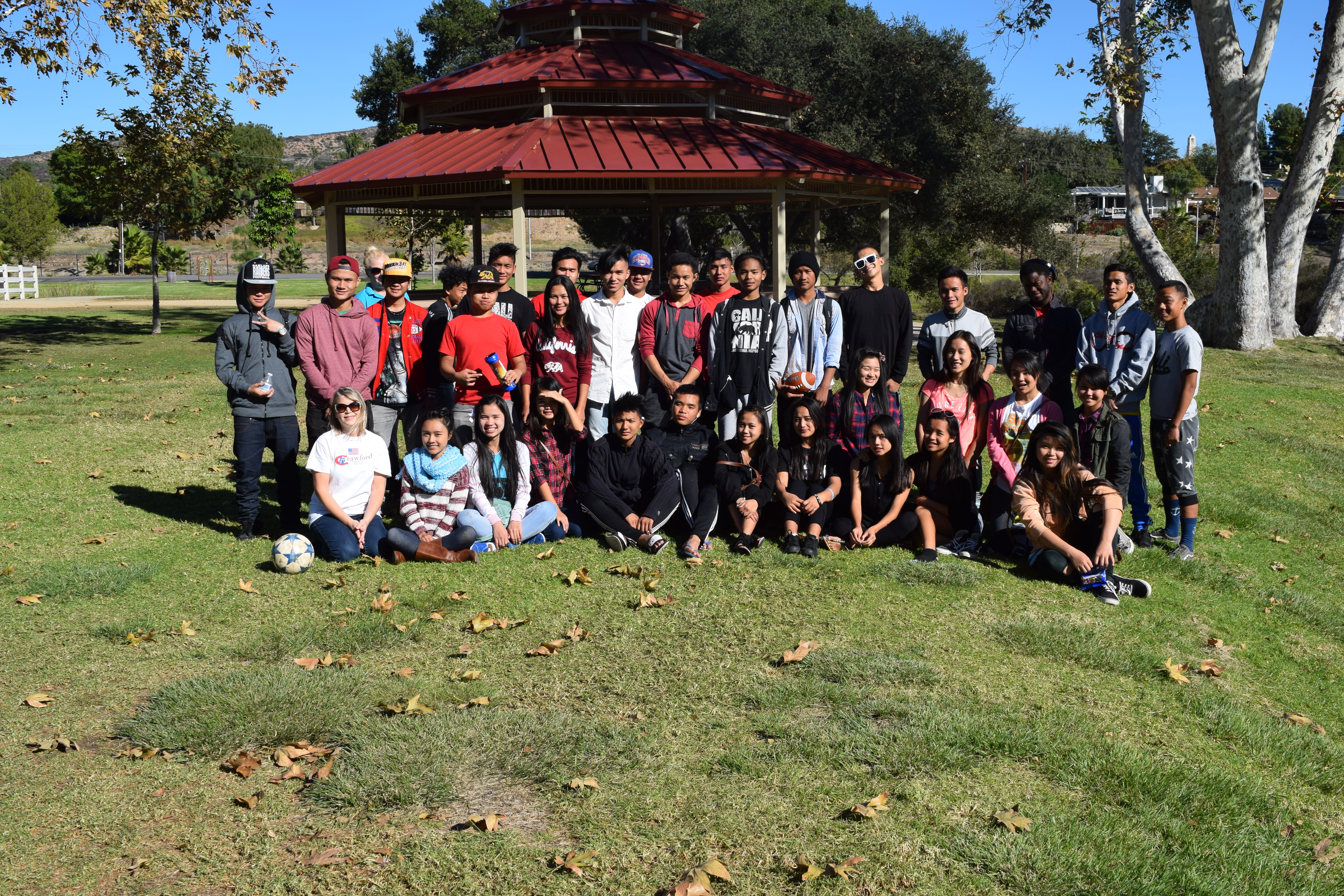 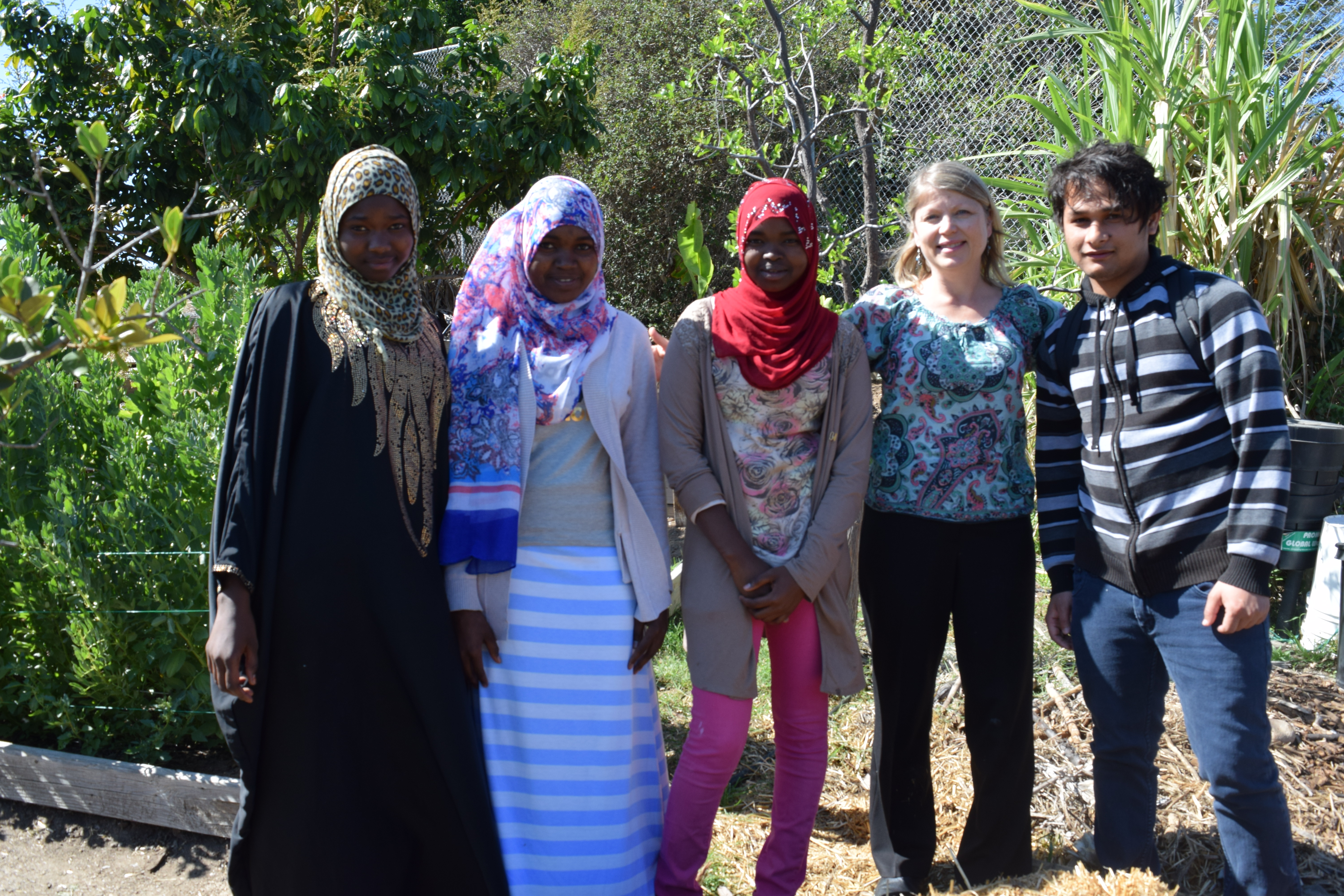 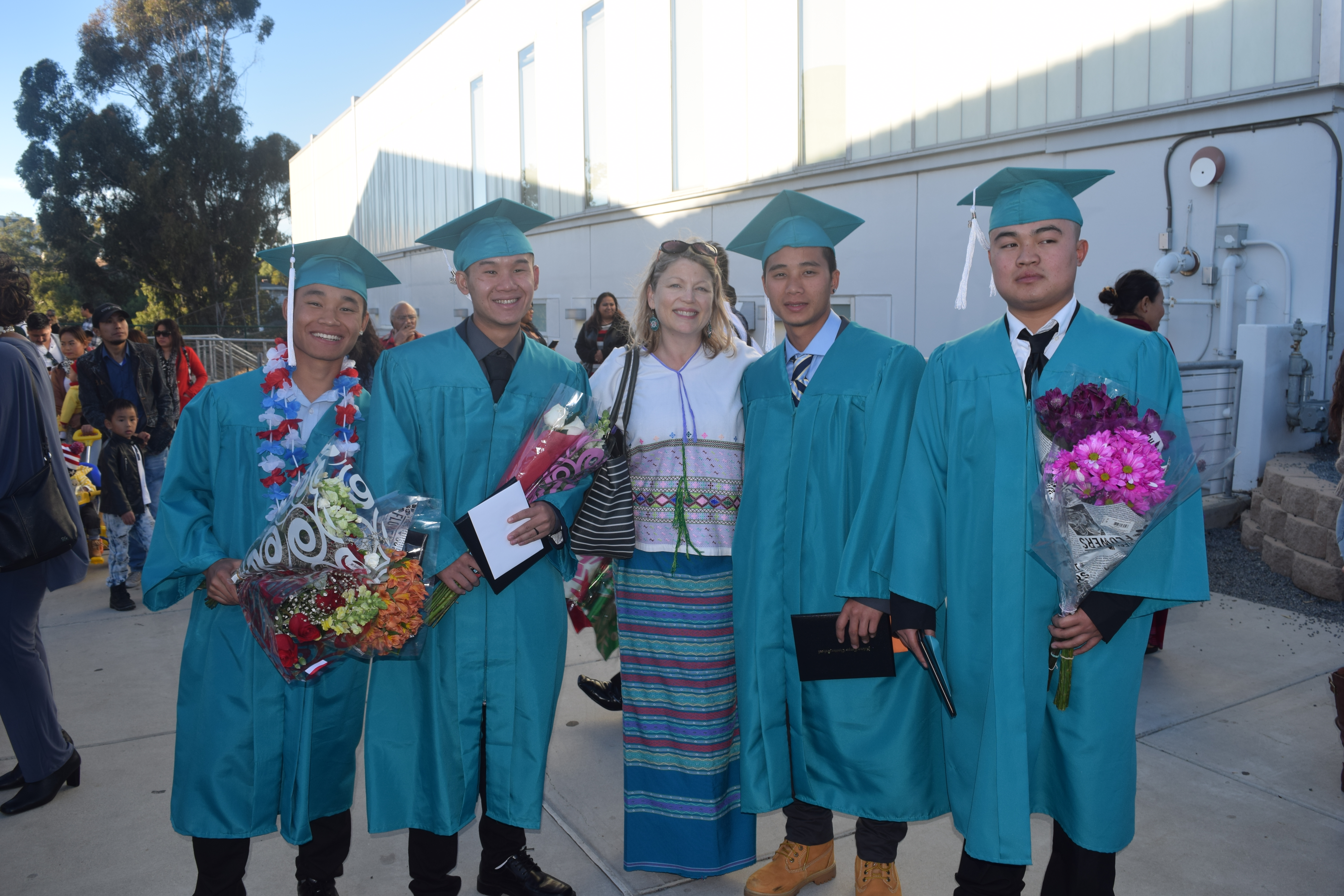 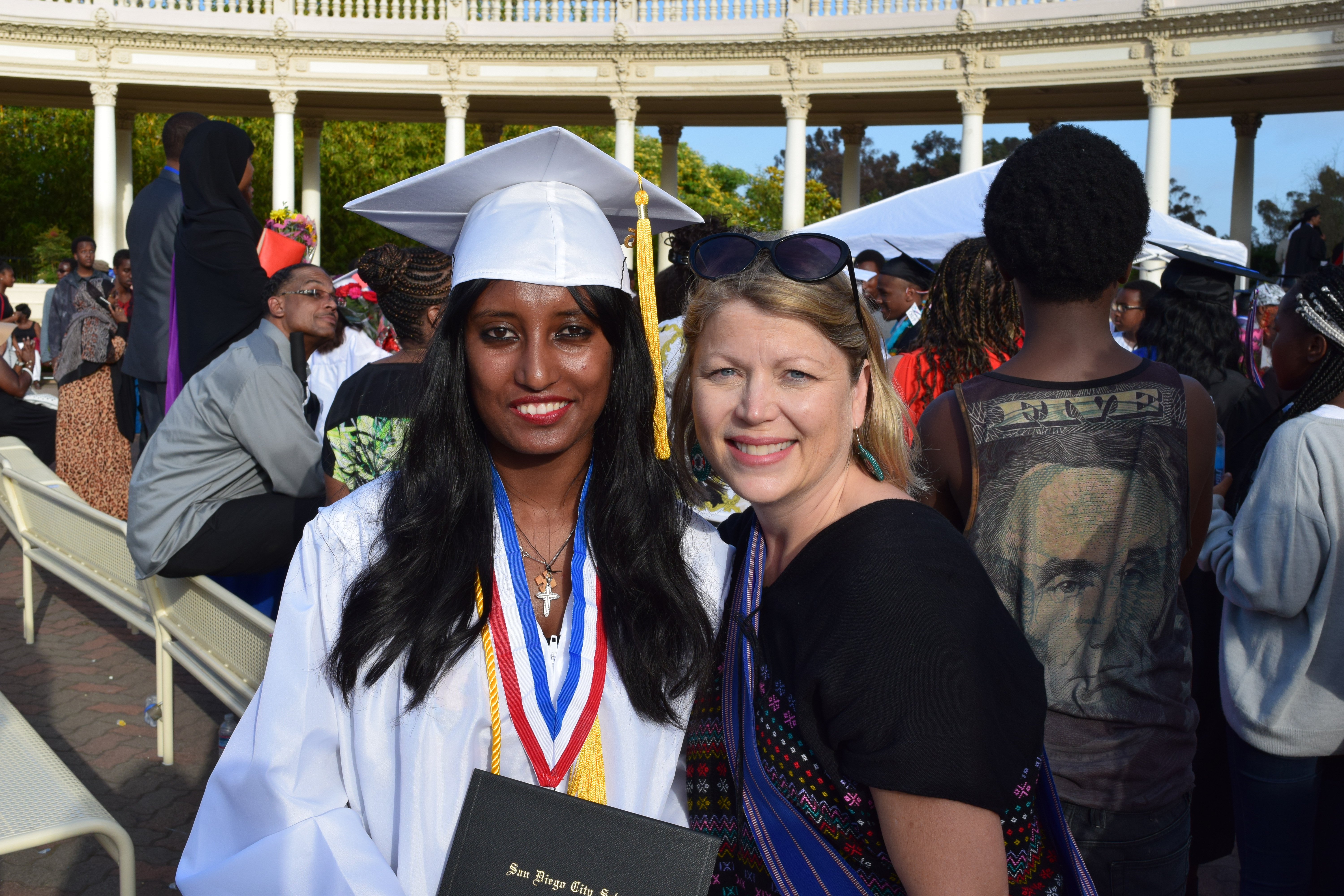 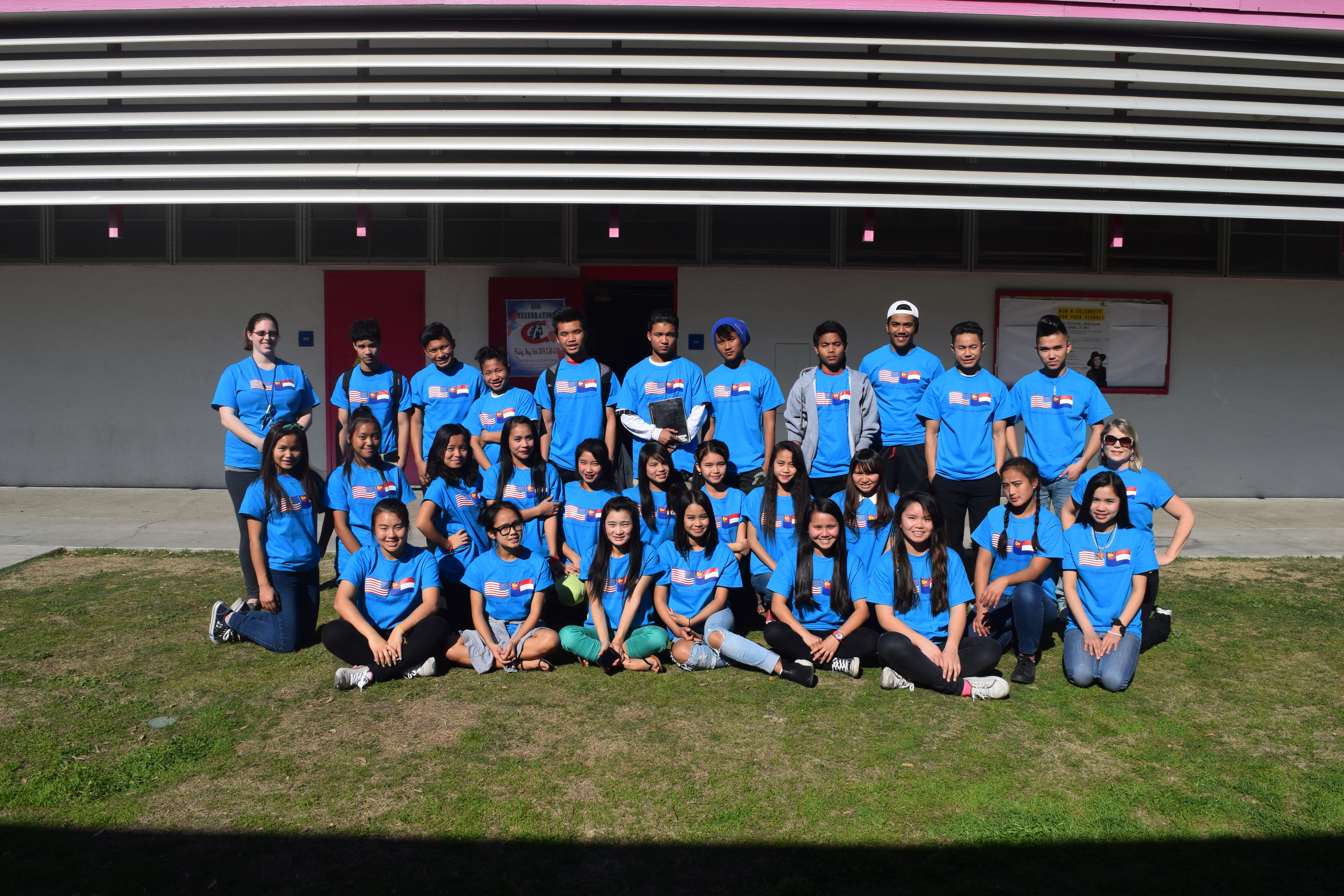 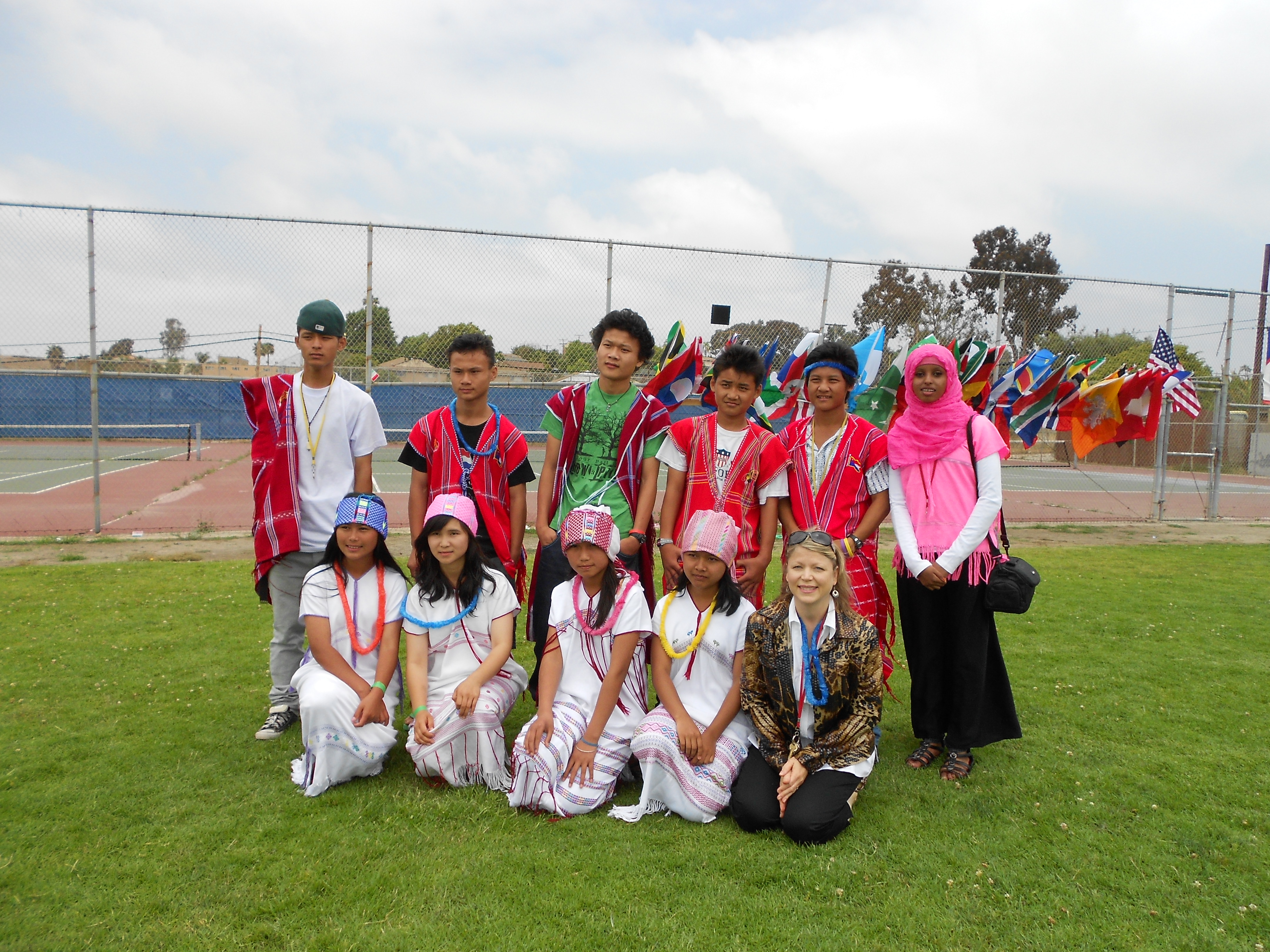 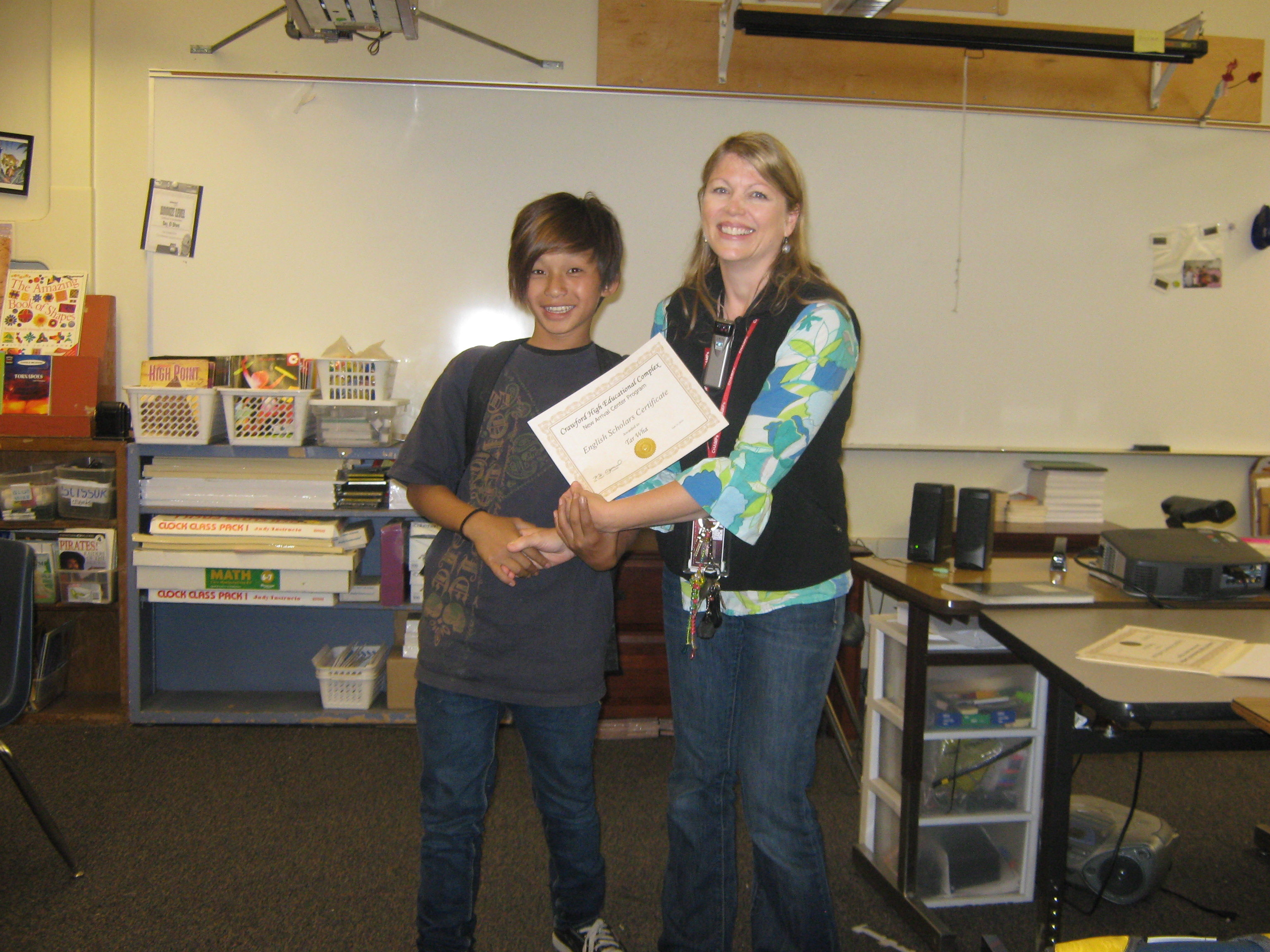 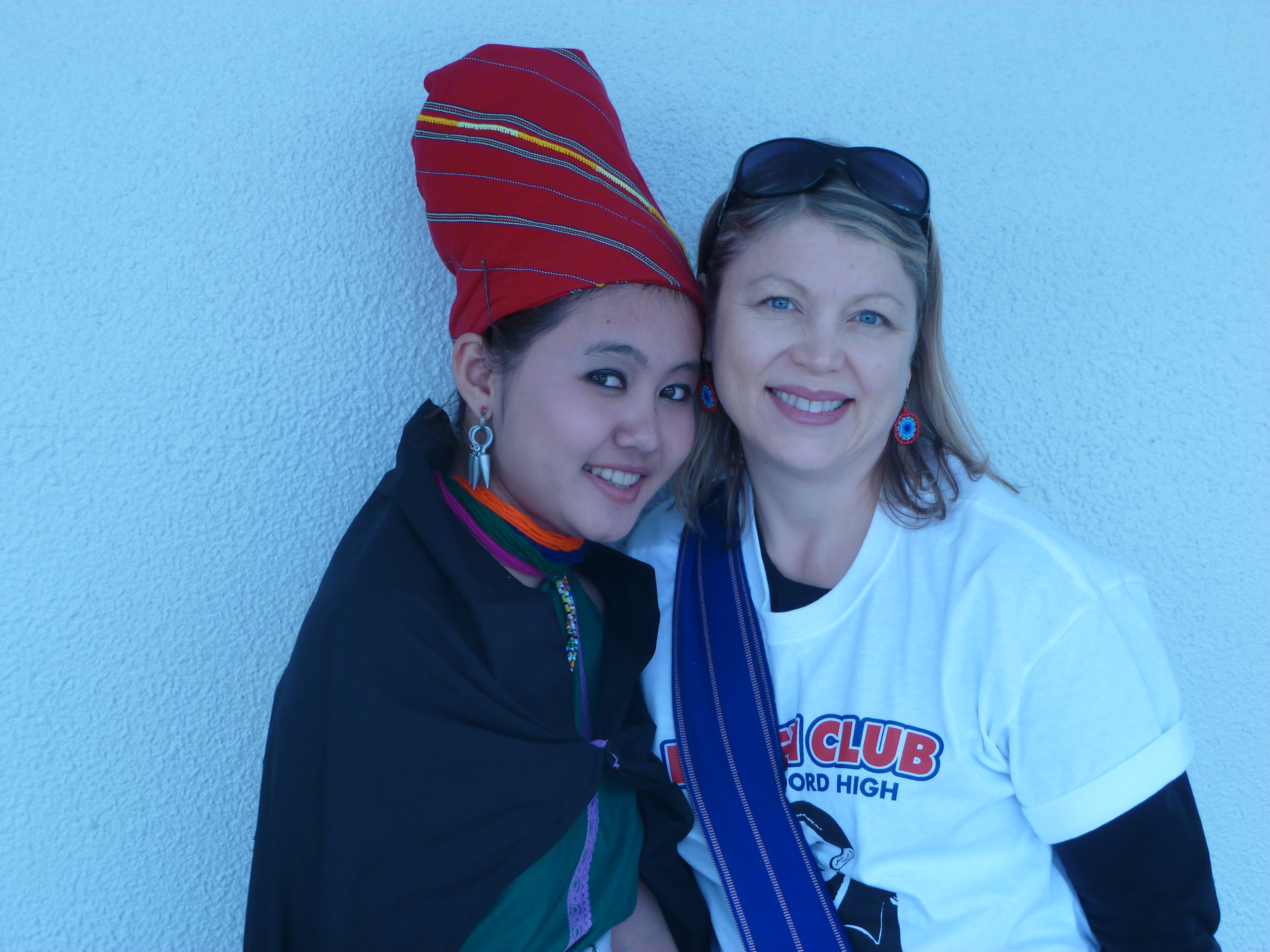 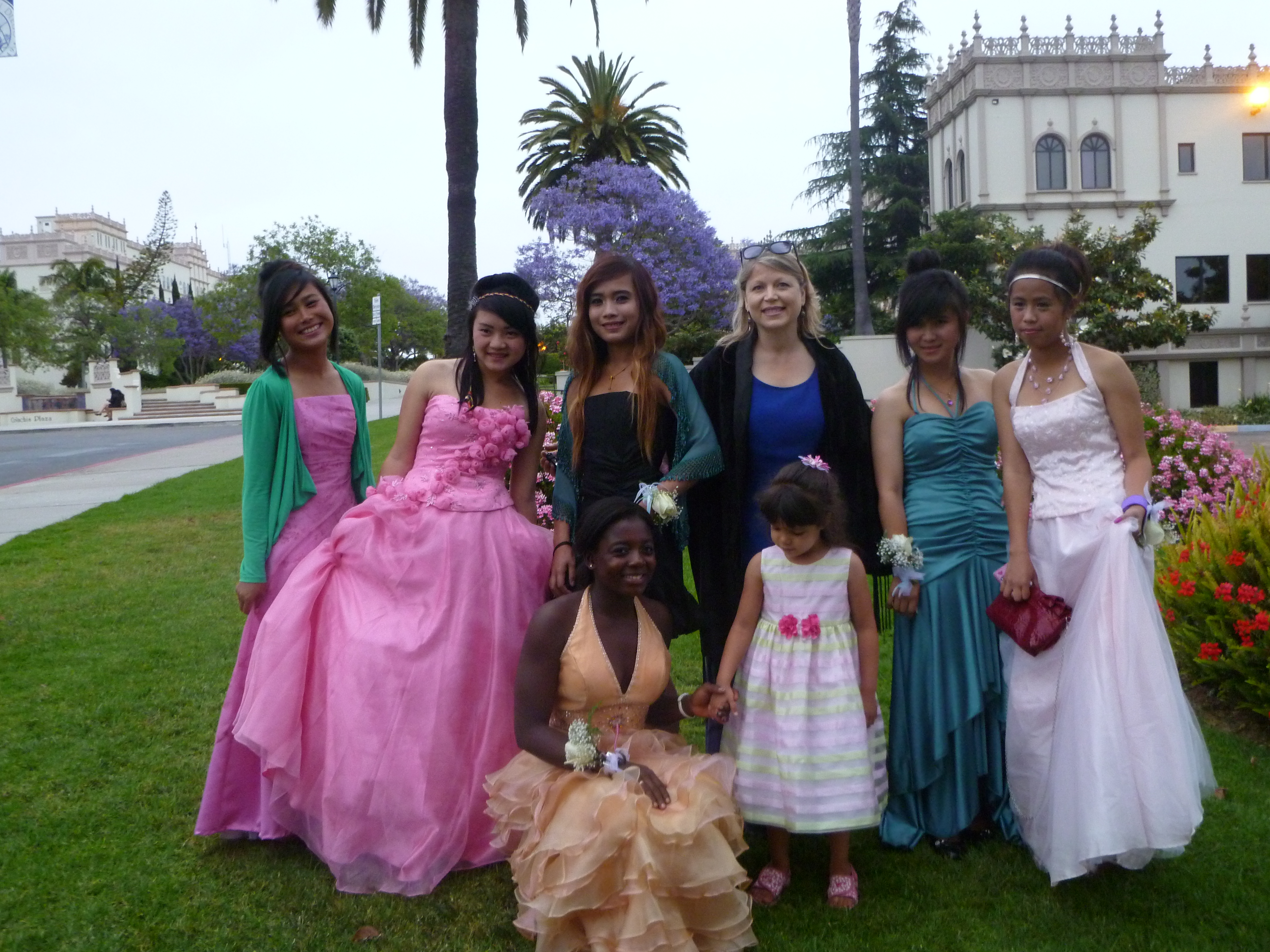 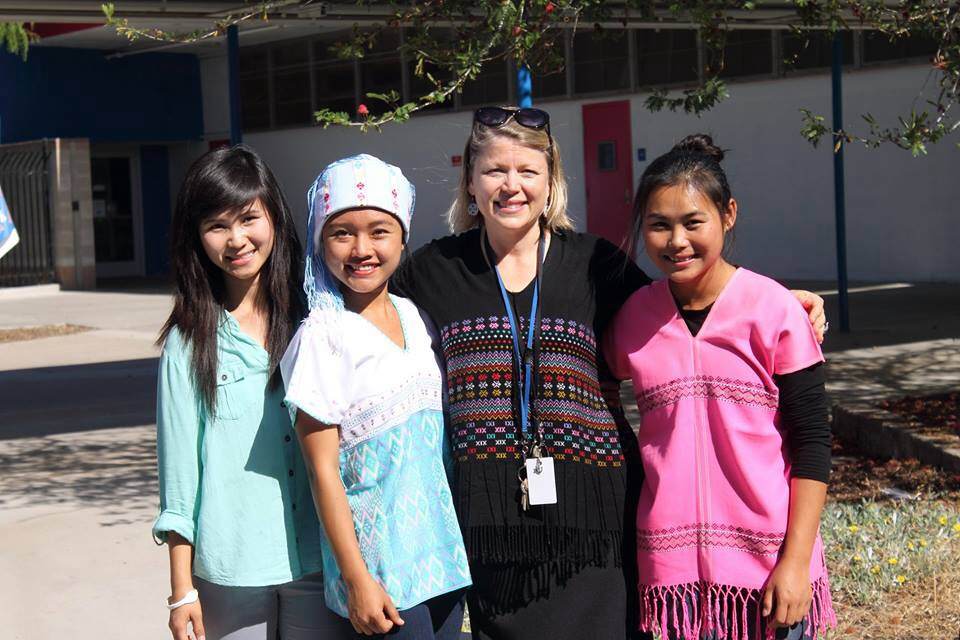