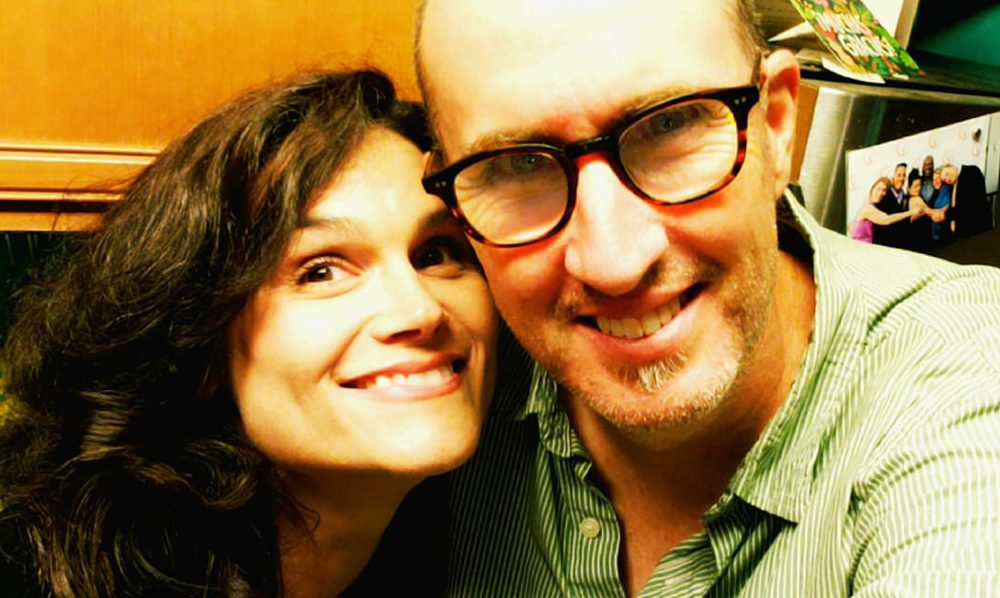 Today we’d like to introduce you to Hannah and Ron Logan.

Hannah and Ron, before we jump into specific questions, why don’t you give us some details about you and your story.
(Hannah) We began innocently. Todd Blakesley, a friend, talented writer, and actor was working for the San Diego International Fringe Festival about seven years ago. I had a well-received one-person show the first year of the festival, and Todd came to me and said, “We have new venues downtown in the library. They’re pretty cool. You can’t charge regular ticket price, only take donations, but I was thinking you would do great with another one-person show. What do you think?” I said, “I think absolutely not.” One-person shows are lonely endeavors.

(Ron) Hannah was interested in something that brought creatives together. We’d seen a 24-hour theatre event and had some ideas for improvements. Thus was born THAT 24- HOUR THING.

(Hannah) We have professional playwrights write short plays based on prompts in 24 hours, then director and actor teams rehearse them for 6 – 8 hours. Actors get off-book — (Ron) And then they crap their pants…

(Hannah) Yes, then… they astound and amaze a theatre-loving audience. Five minutes before we opened the doors, though. to our first T24HT show—

(Ron) Rolls off the tongue, right?

(Hannah) Shut up. There were like five people at the door, for a venue that had a capacity of about 300.

(Hannah) You see what I live with? Anyway… I thought it would be a huge disaster, then suddenly… people! About 150 or so at our first show, a hit! So we’ve been asked back six years in a row.

(Ron) And this year is lucky number… quaran-teen.

(Hannah) Ugh, yeah. But it has made what we are doing now possible, in a way. For THAT 24-HOUR THING we’ve had playwrights submit from as far as Oregon. They must

be in attendance for the show to participate, so we are pretty proud of that. And now we’ve gone—

(Hannah) Don’t you have something to do, dear?

(Ron) I am surprisingly free at the moment.

(Hannah) Well, you speak, then.

(Hannah) Exactly. We’ve done reading series, short films, gotten to work with so many great people and, he’s being a smart-ass, but we have “gone global” with our most recent project, Theatre is the Cure.

(Ron) The remedy for adequate sleep and downtime.

(Hannah) Ron loves interviews, can you tell? Theatre is the Cure has had artists from Hungary, China, Australia, Turkey—

(Hannah) Ron just came out of the closet…

(Ron) Somebody has to vacuum.

(Hannah) Oh, you’re funny. I meant as a writer. The judges have chosen several of his monologues for Theatre is the Cure. And the judges change every week, so go figure.

(Ron) Would you say I have global appeal?

(Hannah) He does actually. There is not a single person who doesn’t like him or want to work with him once they know him.

(Ron) Well, YOU have nice handwriting.

(Hannah) Keep it up, funny man. Honestly, the most Ron-o-rific accomplishment of late was just a couple of weeks ago when he stayed up 32 hours straight editing what is likely Logan Squared’s proudest accomplishment yet.

(Ron) Aside from still talking to each other after 3 months of quarantine?

(Hannah) Really on a roll, aren’t ya?

(Ron) Seriously, it was exhausting, but rewarding. We produced “Say Their Names, Hear Their Voices” to support Black Lives Matter for Juneteenth. The artists we had were stellar.

(Hannah) So true. Gill Sotu wrote an amazing poem for us and 24 other theatre artists really dug deep to create something beyond what we hoped for. Ron was such a trooper.

(Hannah) He’s talking about this one part when we were editing that was a source of lively debate for us… and I was right. That’s all that matters. It was worth it.

(Ron) It was, but let the record show that Hannah got 5 hours of sleep to my zero.

(Hannah) We have different strengths, but that’s what makes us a great team.

(Ron) Mine is sleep.

(Hannah) I meet my deadlines.

(Hannah) Sadly, I rarely have small, simple ideas. I really hate that I torture him, but Ron is really the most hard-working, generous, creative, yet practical, brilliant person I know.

(Hannah) His practicality keeps Logan Squared from going off the rails. I can get circuitous with my creative projects, things get away from me. Ron can turn anything into a manageable spreadsheet, yet he’s also a genius creatively. His ability to create a solid, logical plan to set in motion the things I know need to be done, make us producers, not just “crazy creative types.” He makes all the stuff in my head better than I see it and he makes me look sane.

(Ron) And looks are everything, right?

Has it been a smooth road?
(Ron) After you jump off a cliff it’s smooth for a minute.

(Hannah) One of Ron’s favorite things to say to me is, “Why are you still surprised?” For example, when an actor or director flakes or when three-quarters of the pay-what-you- can audience gives absolutely NOTHING to see a fantastically curated show. Come ON people!

(Ron) We’re lucky we get to do what we love, so we don’t need to earn money like other people, right?

(Hannah) Exactly. SDGE wouldn’t take our “passion for art” coupons this month, though. I don’t mean to sound like an a**hole, but we bust our butts on everything we do to really say something, to support the community and new work, and to actively include diverse artists. We see so much average theatre that says little, and has all- white casts and five-figure budgets. Paying our artists is a strong part of our vision, and it can be pretty discouraging to have never gotten a bad review, yet still average less than $3 at a pay-what-you-can event of more than 200 people.

(Ron) Maybe we should say,”Pay at least as much as the Tooth Fairy.”

(Hannah) It’s not about the money. It’s about supporting good work and sending a message to people, not just us, but artists in general, that their work has value… not just writing a check to a giant institution every year because you get a tax break and it’s a habit. Like, really… what are they saying? But I digress.

(Hannah) We’ve had some super challenging experiences this last year, but learned a ton. About standing up, while being graceful, resetting, but having boundaries. Sometimes you dig in, sometimes you walk away.

(Ron) Sometimes you get craft brews.

Logan Squared Productions – what should we know? What do you guys do best? What sets you apart from the competition?
(Hannah) In terms of the art itself that can vary… theatre, film, we even have some art installation ideas that mix things up. We’re pretty sure an idea Ron pitched to a local city-supported organization regarding the immigration situation was a bit too edgy. I’m not sure if it sets us apart, necessarily, but I can say that we are fiercely committed to doing things that matter, that REALLY affect people and challenge what needs to be challenged.

(Ron) People say,” We want something that makes us think, but not too hard.”

(Hannah) Our strength is collaboration. That can be uncomfortable…

(Ron) So are we a collaboration?

(Hannah) AND thrilling… and that’s where growth is. We try to get as many artists, representing as many ethnicities, genders, ages and levels of experience involved in our projects as possible. We have high standards, but we always create space for people who are motivated, hard-working, and eager to learn.

How do you think the industry will change over the next decade? (Hannah) Theatre is finally being compelled to reach out to diverse audiences and include diverse creative teams, beyond mere lip service. We are grateful to be ahead of that curve. Though theatre is still ultimately about people being in a room together, the experiences we are having from these global collaborations should not be thrown away when we are able to go back into a physical theatre. In fact whose to say the world isn’t our theatre? Theatre is story first and foremost, people connecting in real time. Logan Squared believes in the importance of human connection, and will continue to tell stories that matter, to embrace diversity, and to explore the possibilities of theatre, film, and other art forms as vehicles for change.

(Ron) I will also embrace new craft brews. Good local craft brews. There may be more of that. At least for me. 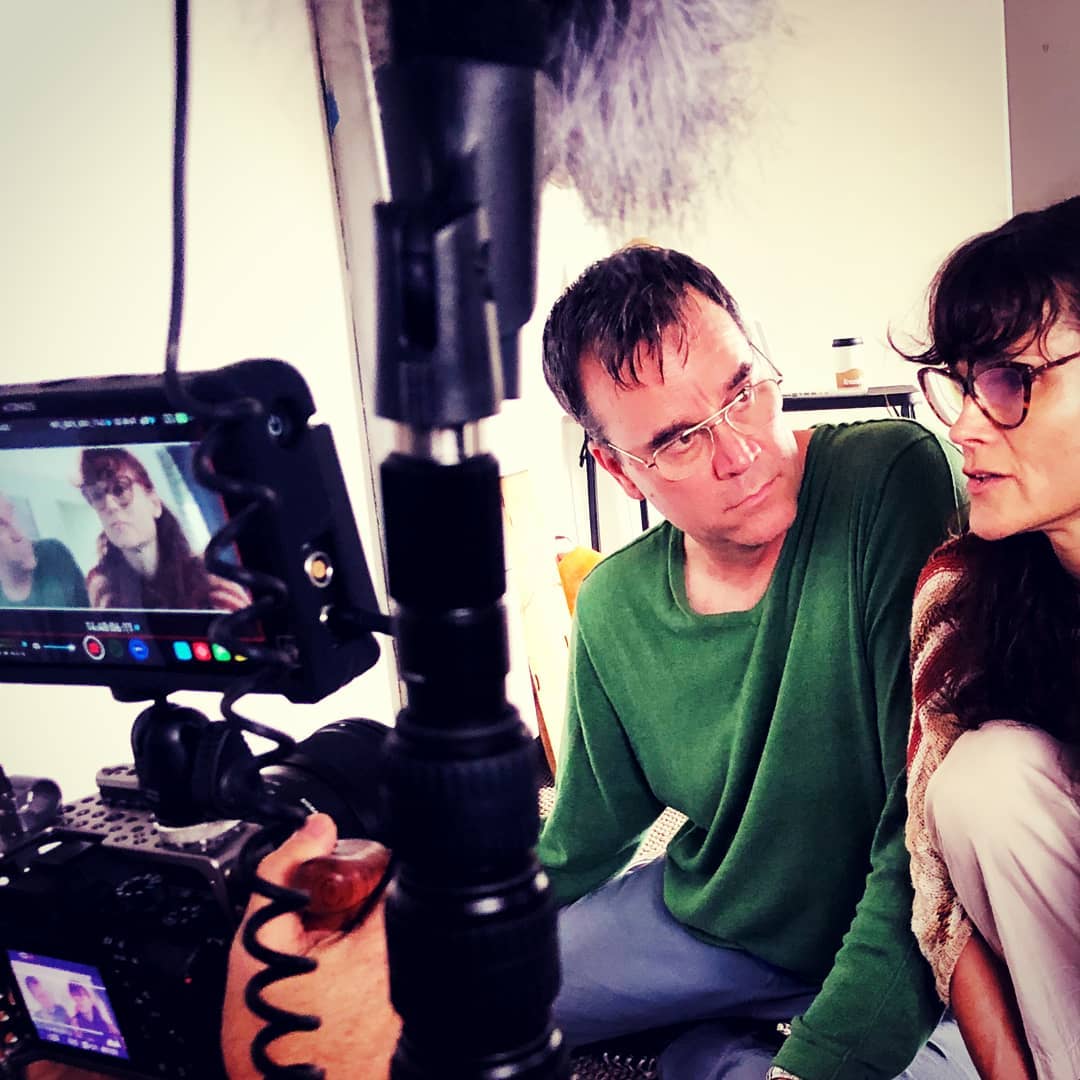 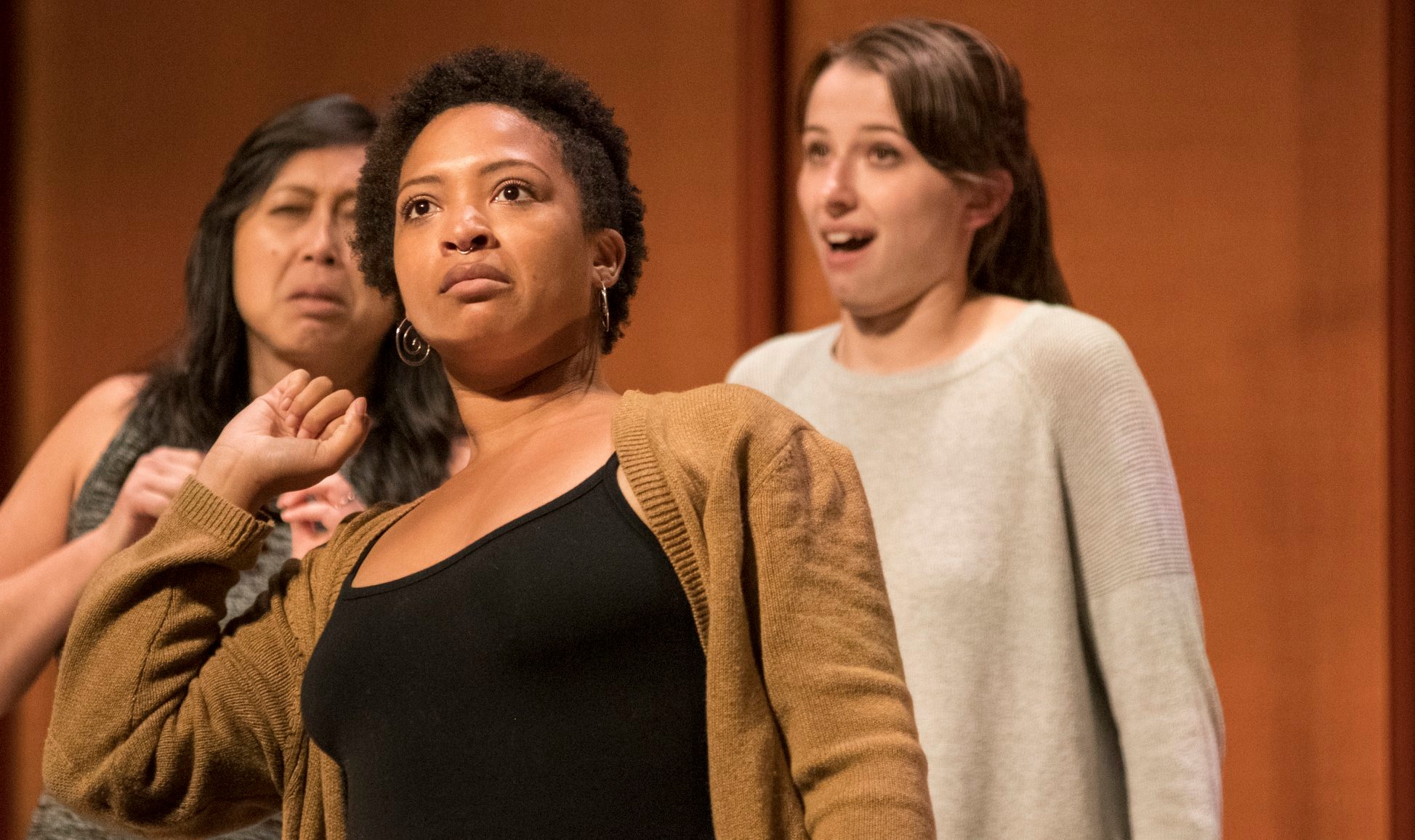 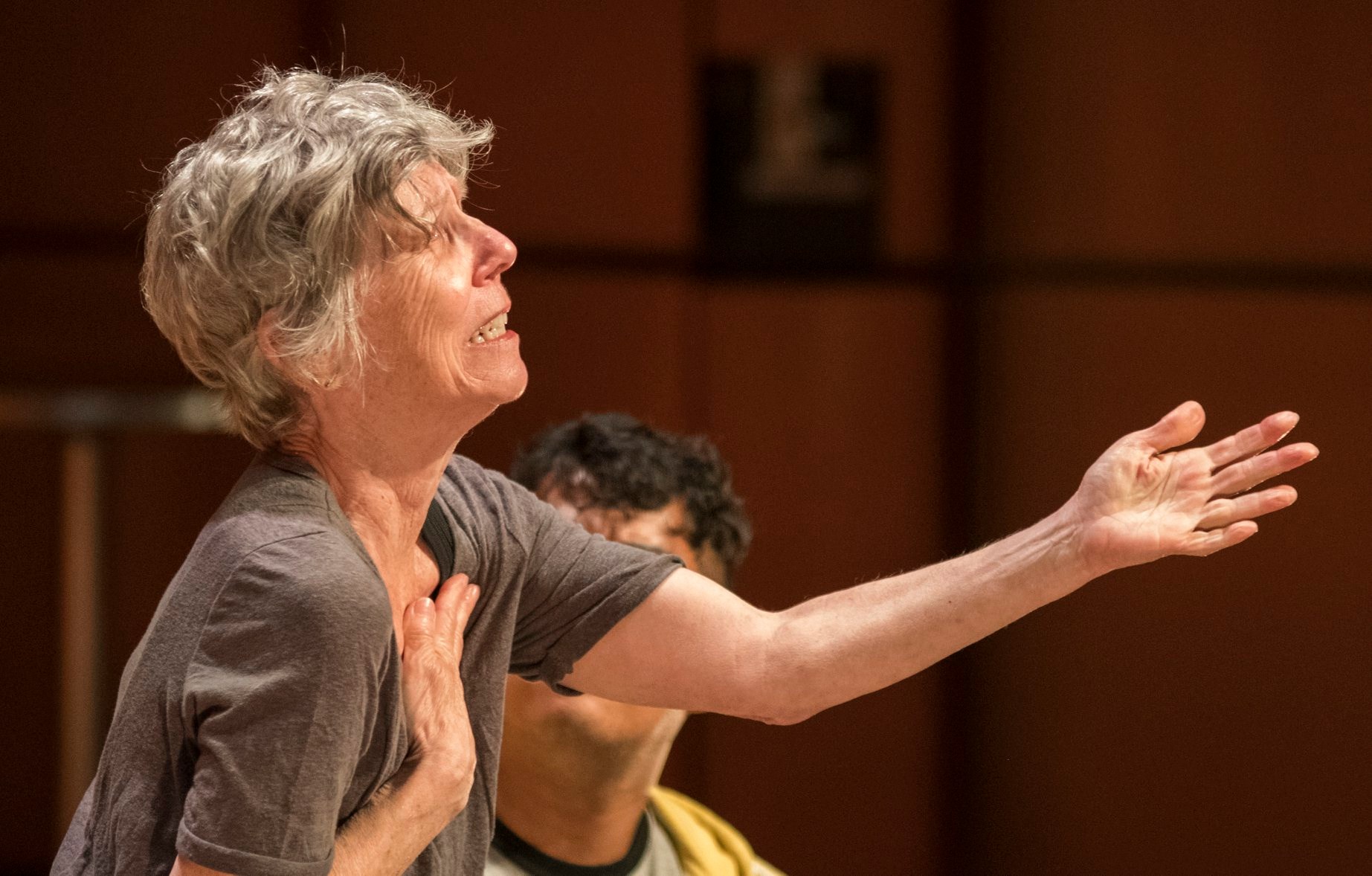 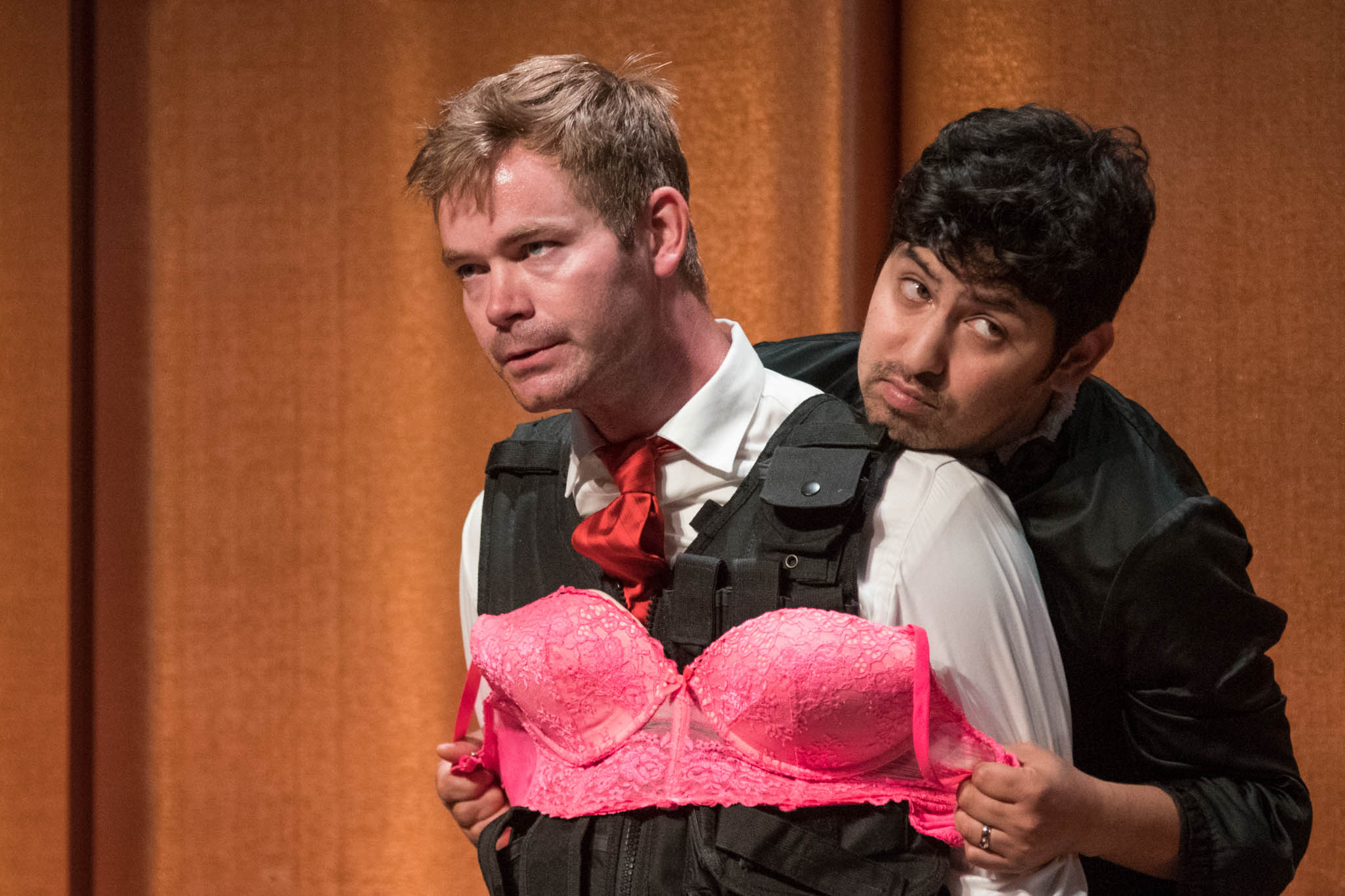 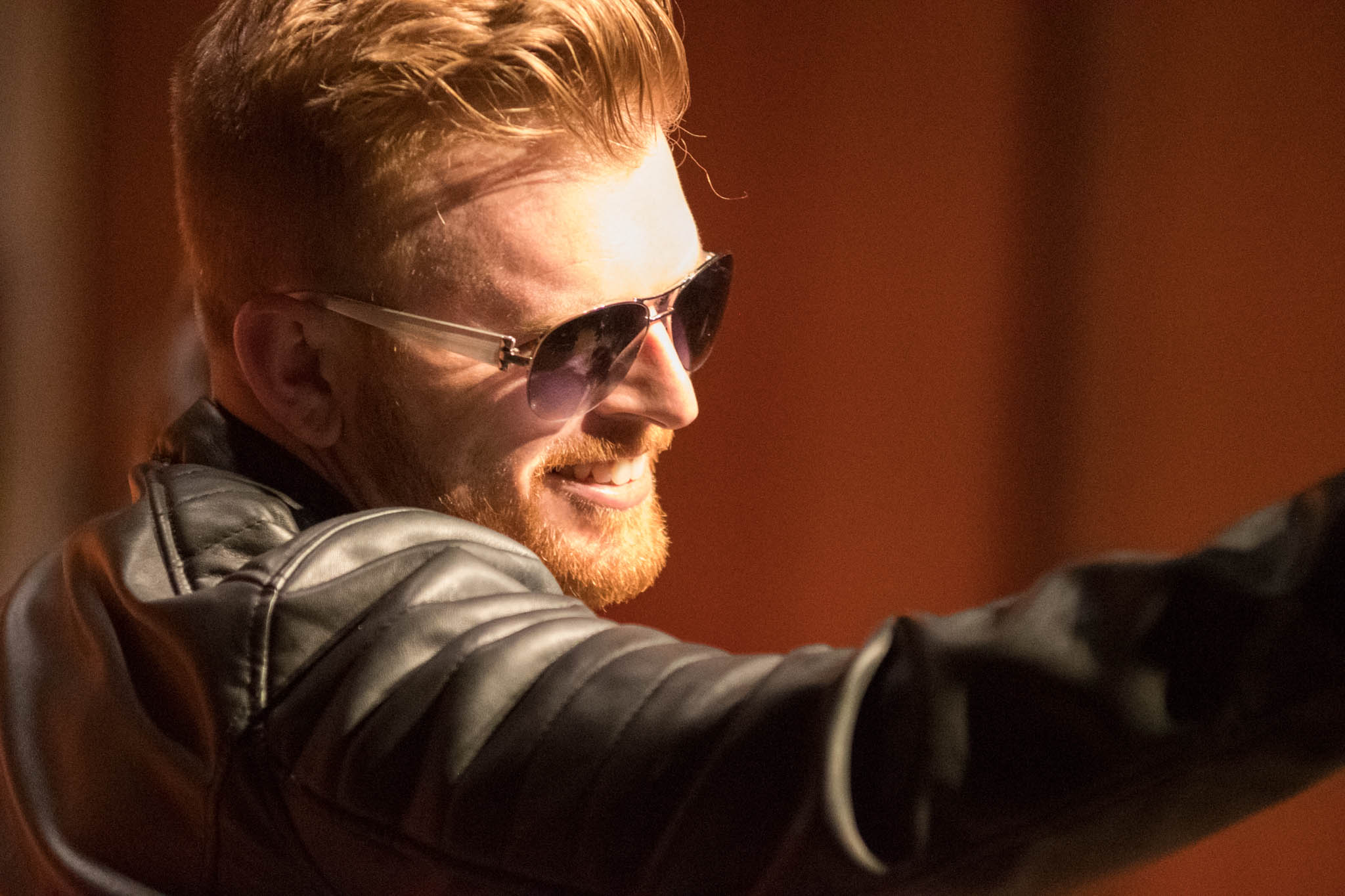 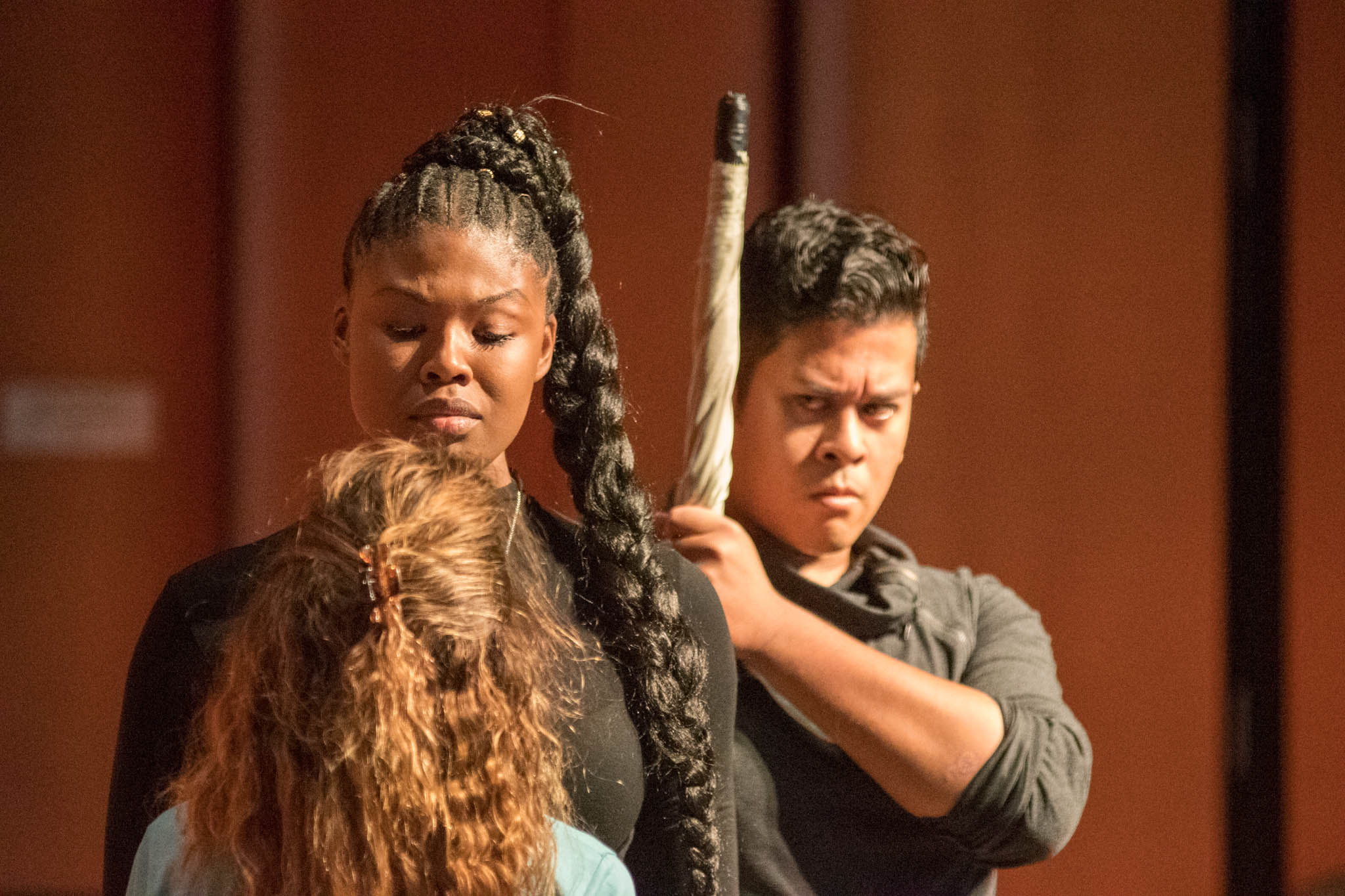 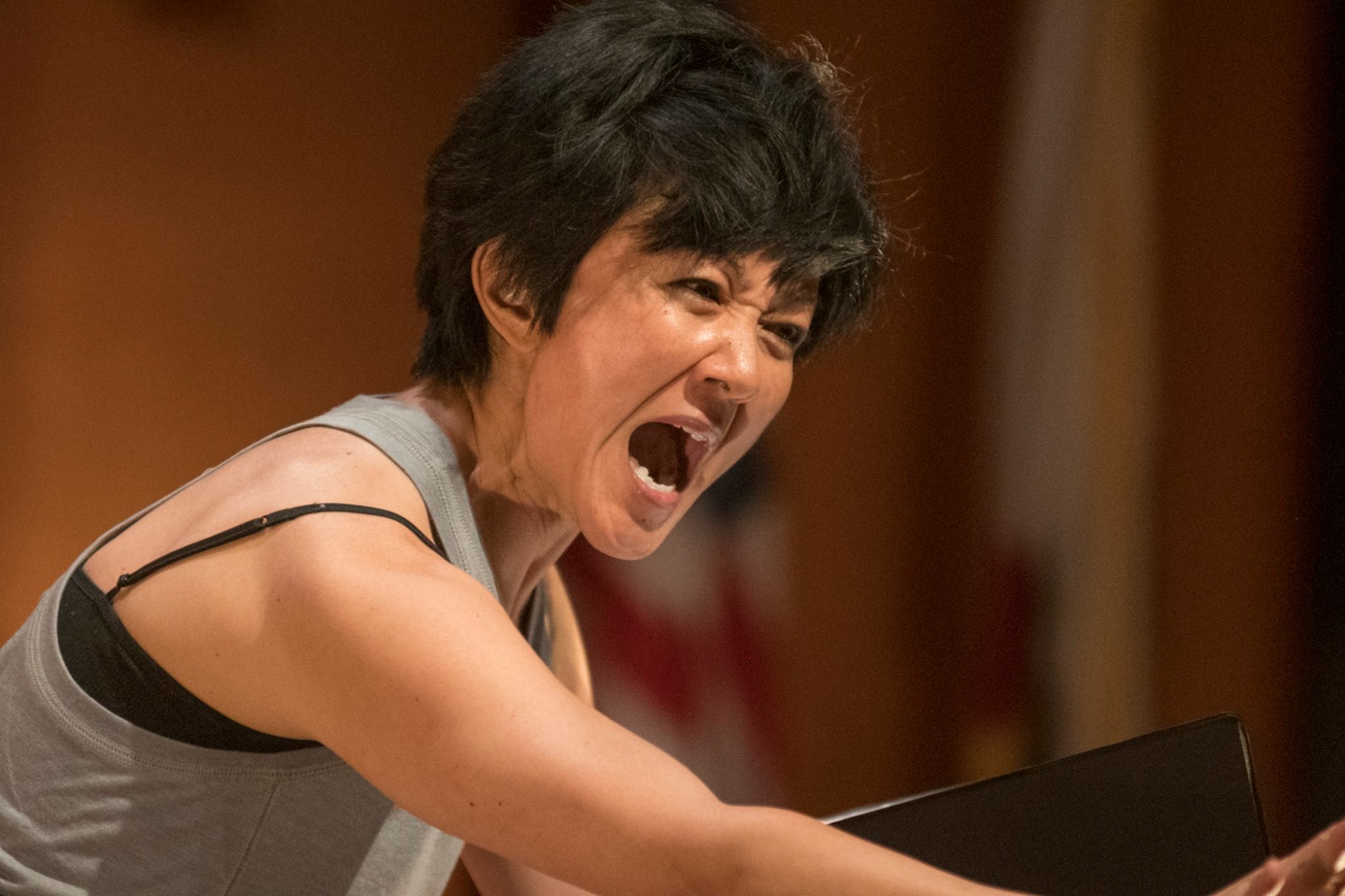