Today we’d like to introduce you to Hedras and Hedras Ramos Sr..

Hedras and Hedras, please share your story with us. How did you get to where you are today?
It all started with my dad Hedras Ramos (Sr.), who taught me my first guitar chords, he’s a Producer and Guitarist, he always had guitars and amps at home and was actively playing in bands and producing commercials in his recording studio. So basically, I grew up surrounded by musical instruments and a lot of music, included his instructional guitar material like CDs, DVDs, and Books, that were a great source of inspiration to learn most of what I know now. I’m a self-taught guitar player though.

I would say that my career started when I got enrolled in 2009 in this awesome GUITAR IDOL competition, based in London, UK. I was 17 when I took part in this competition, out of 1200 guitar players from all over the world, after some rounds I made it to the finals and flew from my home country Guatemala to the UK, where 12 players supported by a live band played in front of a panel of judges, great personalities, and a huge crowd, and I won a nice prize, a 7-string beautiful guitar, hand-made, with the Guitar Idol logo on it, perhaps the only one of its kind since this competition exists.

After this competition, I got invited to compete in another awesome guitar competition named Ziua Chitarelor in Bucharest, Romania, where I won an incredible Guitar amp endings as 2nd place. After that, many more endorsements began to happen from more companies based in the USA and other countries. That led me to tour Europe, Latin America, and Asia.

I have produced several albums of my own music and have played on many other projects, perhaps the most important for my career was producing 3 projects for the legendary British actor/singer Sir Christopher Lee (Lord of the Rings, The Hobbit, Dracula, Star Wars and 280+ movies).

I also had the immense honor of featuring on a very cool advertising massive campaign as the brand’s face of a soda named ‘Super Cola’, which is Guatemala’s own answer to Pepsi and Coke. The main picture of the campaign had me holding my custom made 8-string guitar manufactured by giant guitar maker Cort Guitars. Super Cola made 8+ million soda cans, many giant billboards displayed all over Guatemala City and its main boulevards and interstate roads, plus 30,000 radio spots aired and a similar amount of printed posters placed on the wall of each small store across the country, it was really huge!

As a result of a long list of achievements and awards my profile got bigger, which was great because my dad and I always had our eyes set on our main goal, to move to Los Angeles to continue both of us developing our careers, and after a couple of years of getting the proper documentation I had the greatest honor of all, getting the “Einstein” visa, which is basically a green card, granted by the US government based on extraordinary abilities and internationally sustain acclaim.

So here I am, having a reset and new beginning in my life along with my family. These are exciting times, and I already have put together an incredible killer band with amazing musicians ready to tour the wild lands of America and the rest of the world as well.

Great, so let’s dig a little deeper into the story – has it been an easy path overall and if not, what were the challenges you’ve had to overcome?
It has not been easy at all, because the genres I mainly play which are Progressive Metal/Rock, Fusion, and Straight Jazz do not have many fans, these it’s not mainstream music at all, so it’s complicated! However, I’m doing what it makes me happy! I’m also very open to new opportunities as they come, and even new music styles.

Alright – so let’s talk business. Tell us about Hedras Ramos – what should we know?
My career as a Guitarist has taken me to different fields within the same trade, like playing as a session guitarist for many artists, producing for other artists, play live as a hired gun for other artists and also as an educator.

As an educator I founded a guitar school named GIG (Guitar Institute of Guatemala) which was open for almost 2 years and had to close right before coming to the States, I can say with all satisfaction that GIG was the biggest and most successful guitar academy in the country with more than 250 students during that time, which really filled my heart because I was able to give back a little of the much I have received.

I would say that perhaps my strongest gift is composition and I’m so happy to have the honor of sharing my music with the world.

Is there a characteristic or quality that you feel is essential to success?
Perseverance and Discipline! 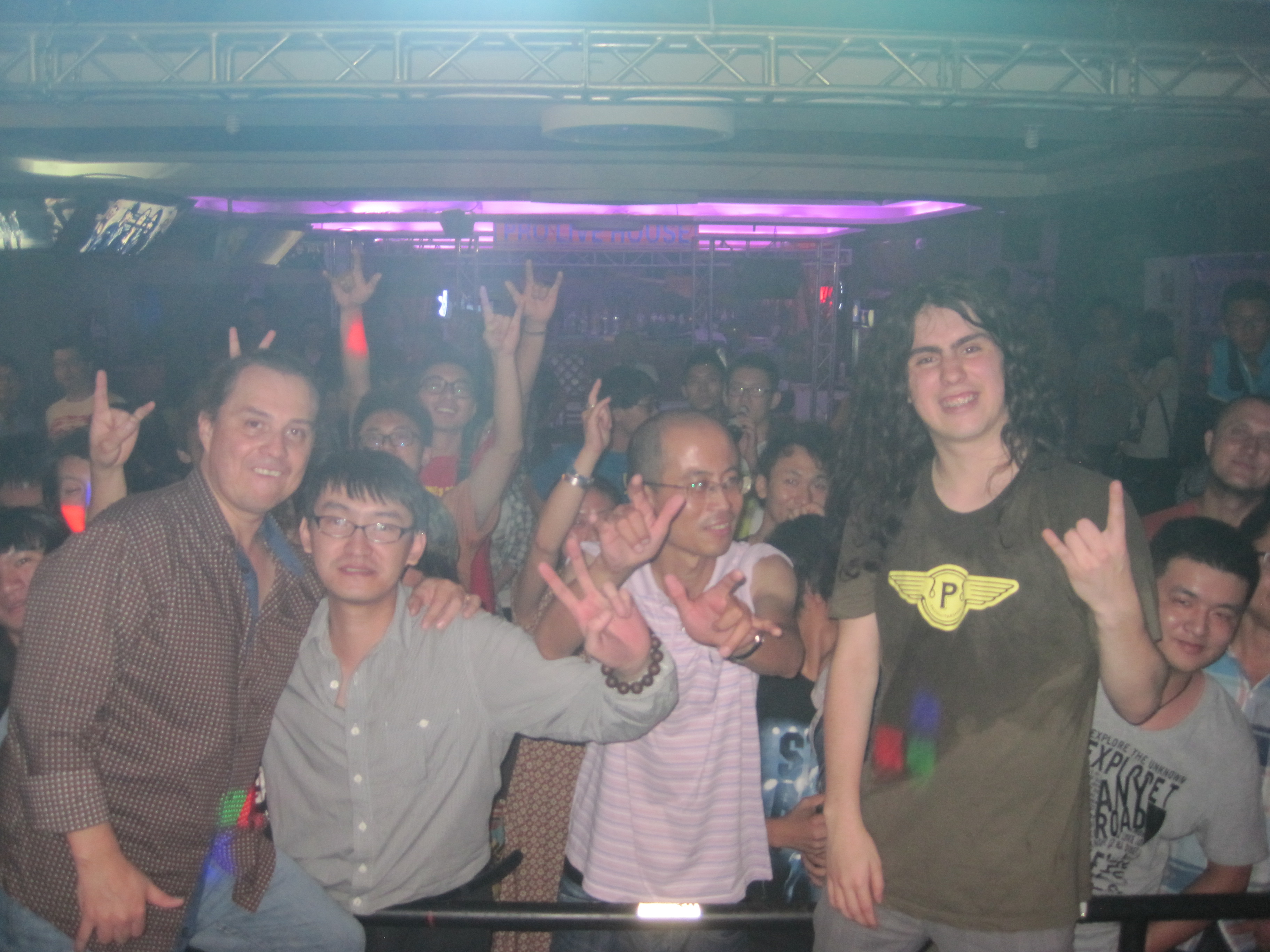 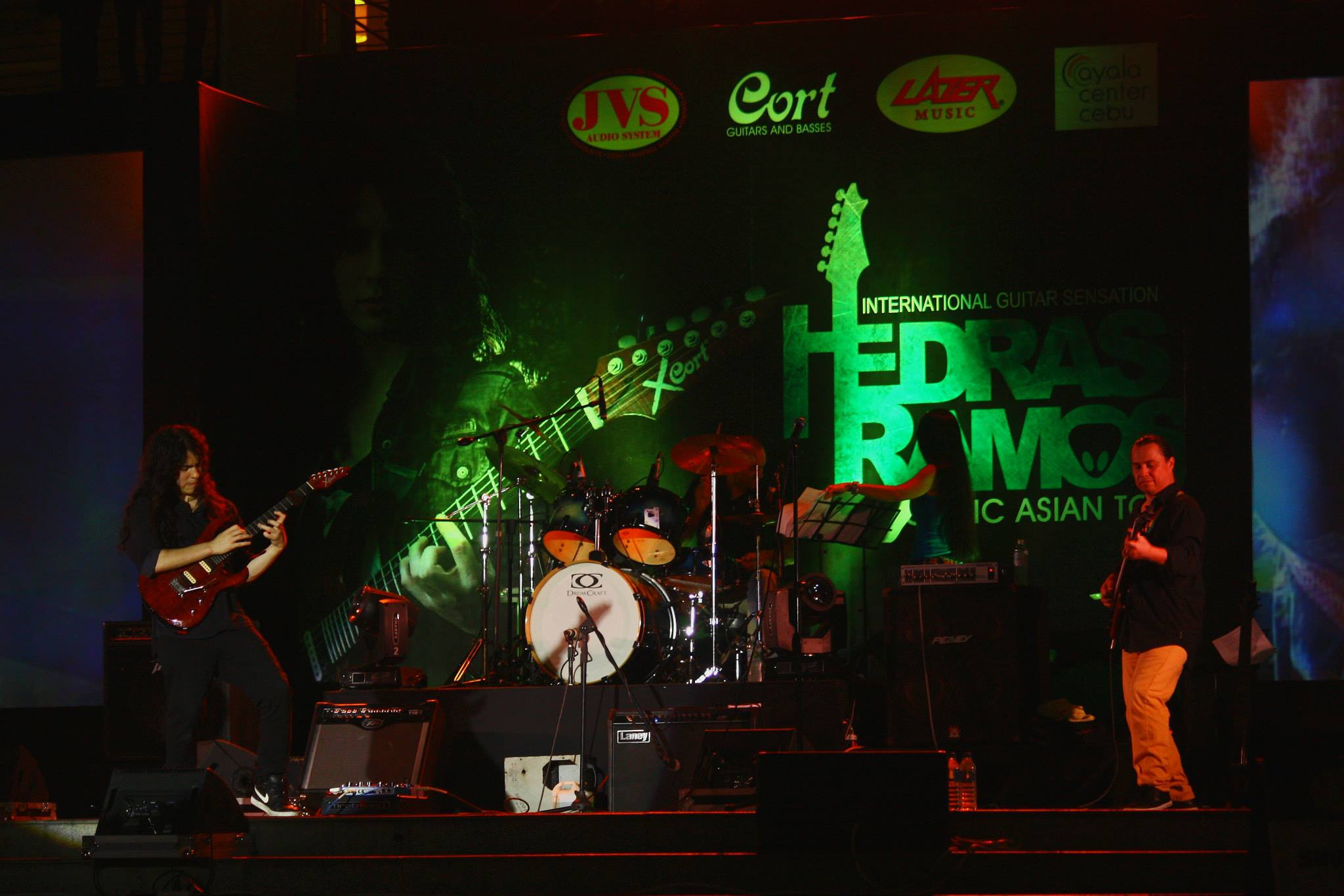 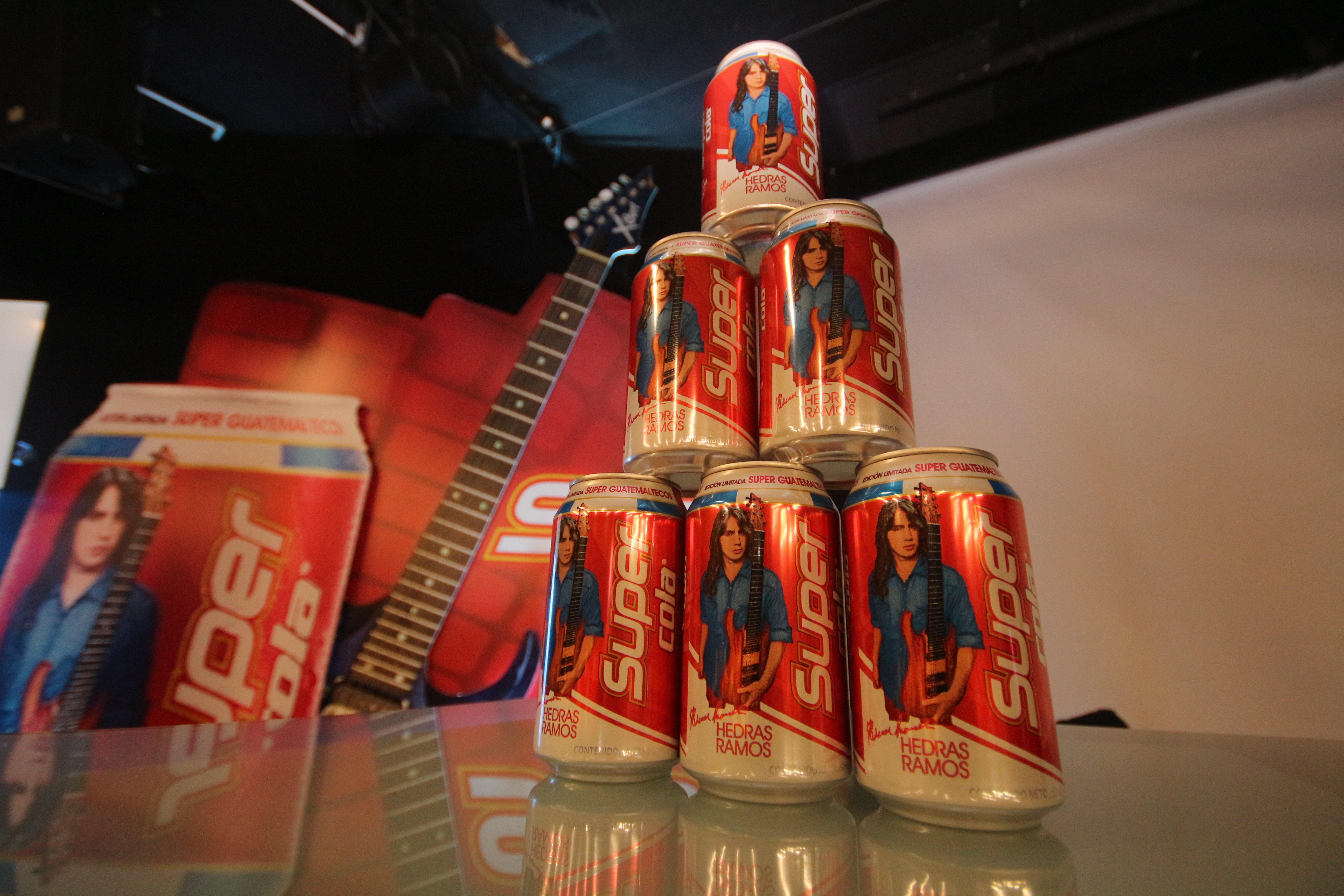 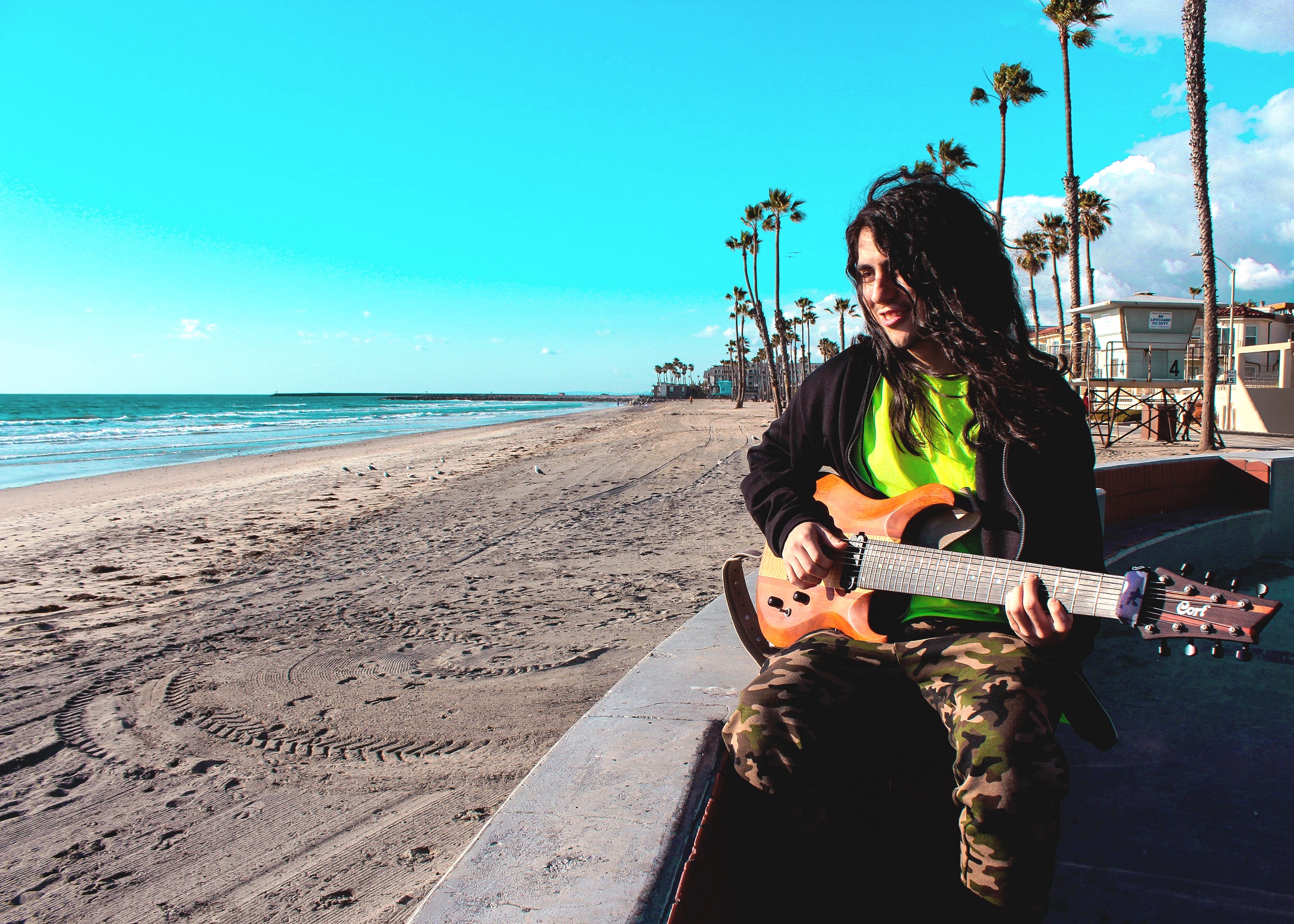 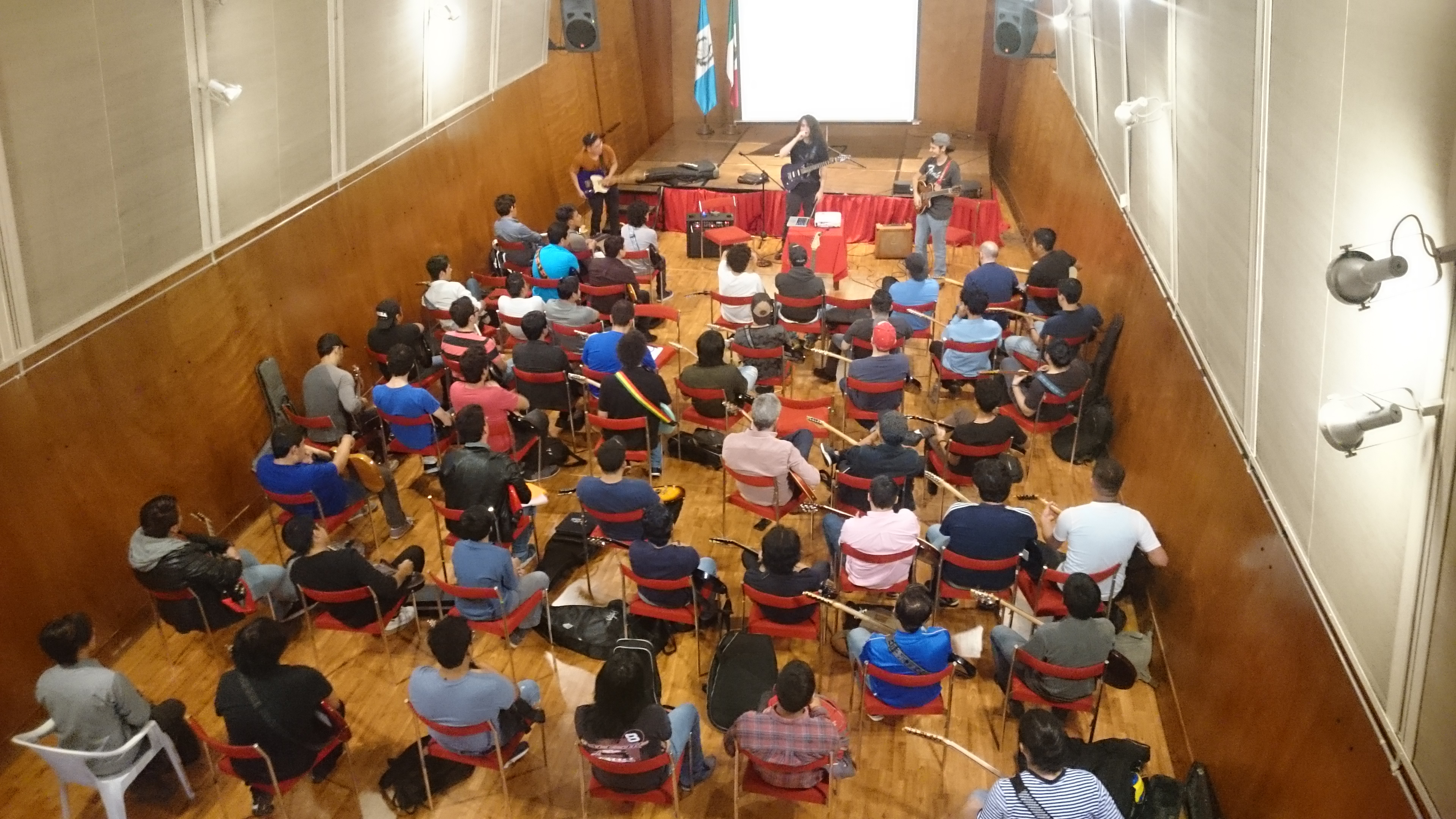 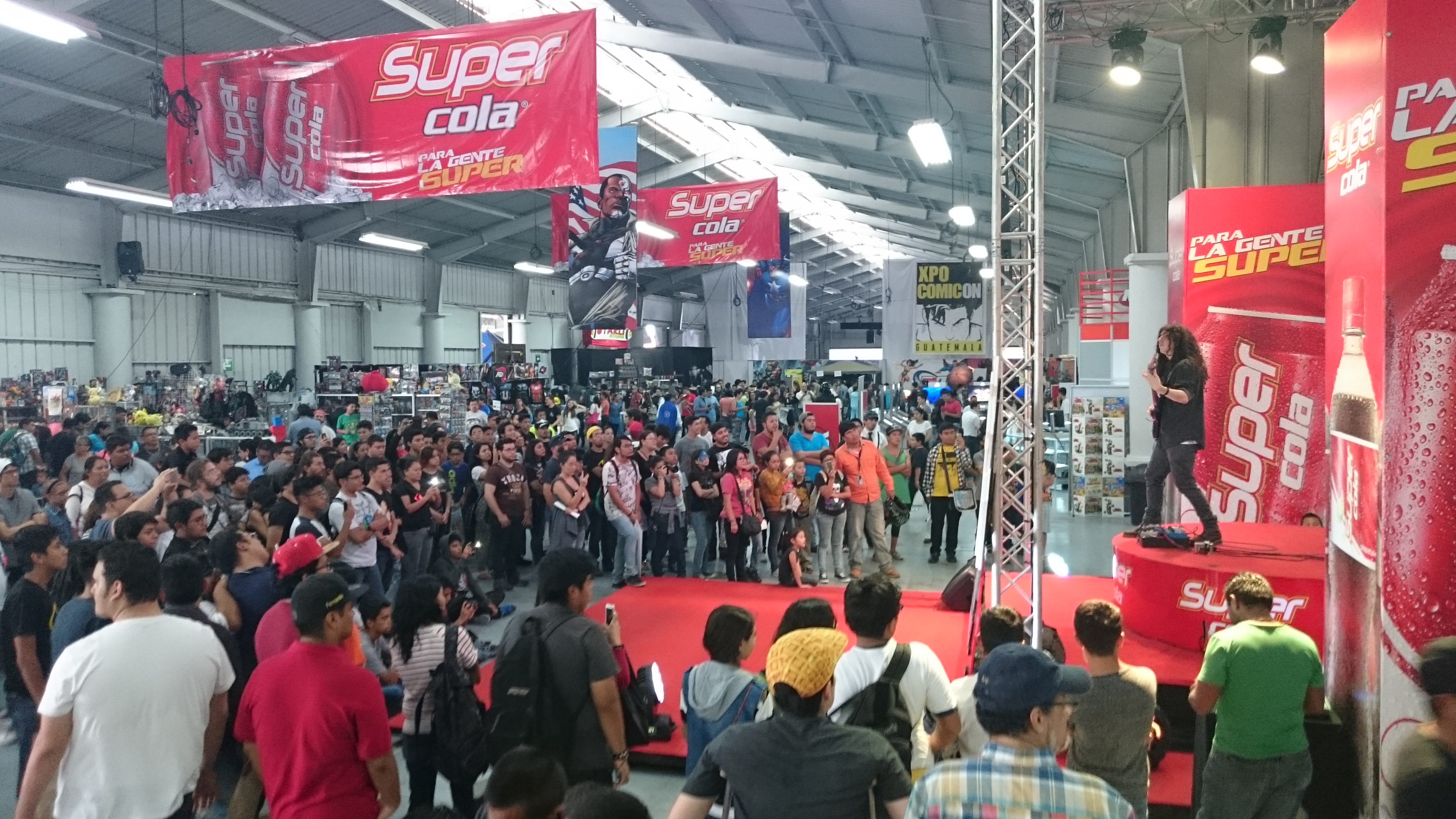 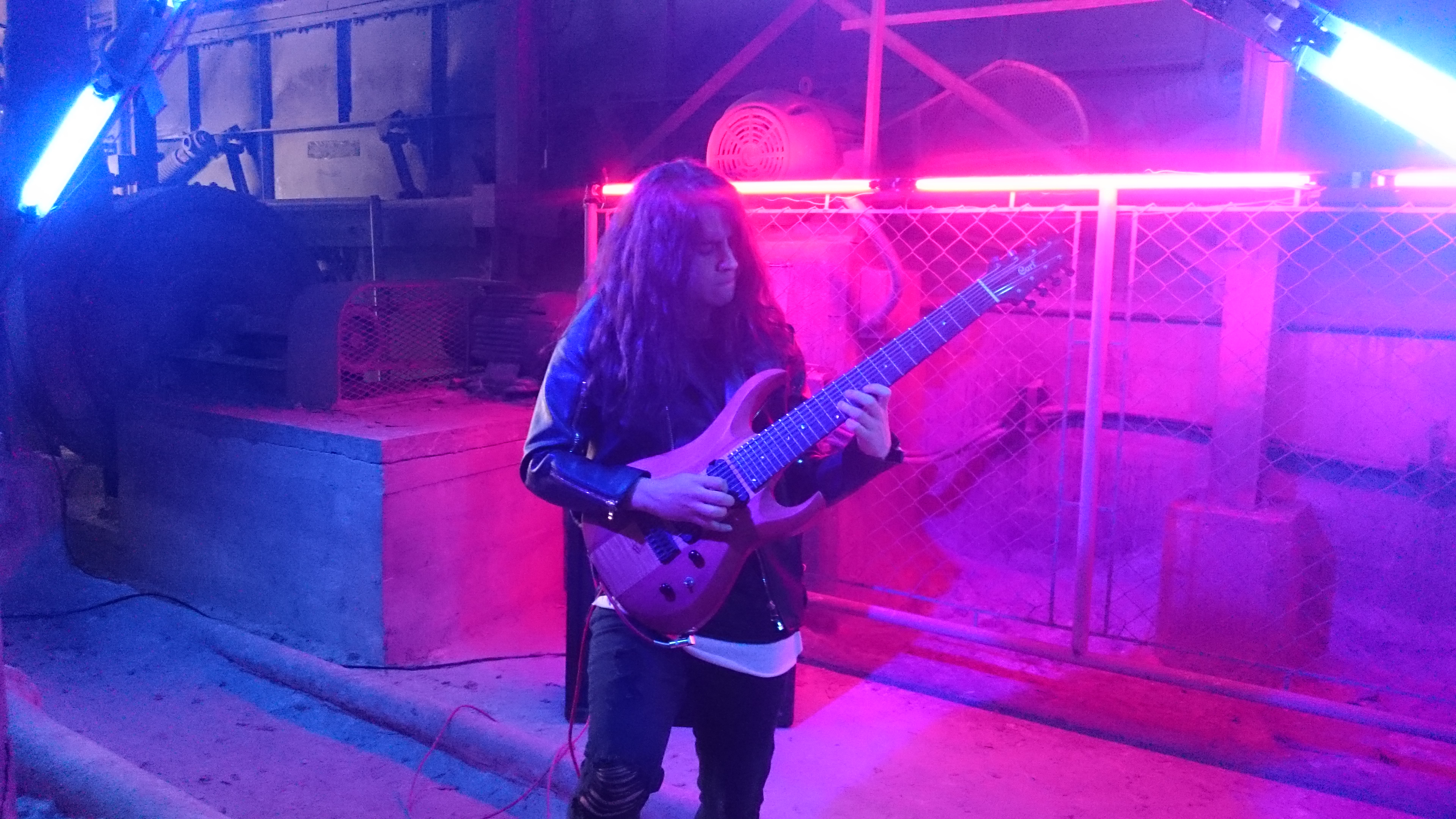 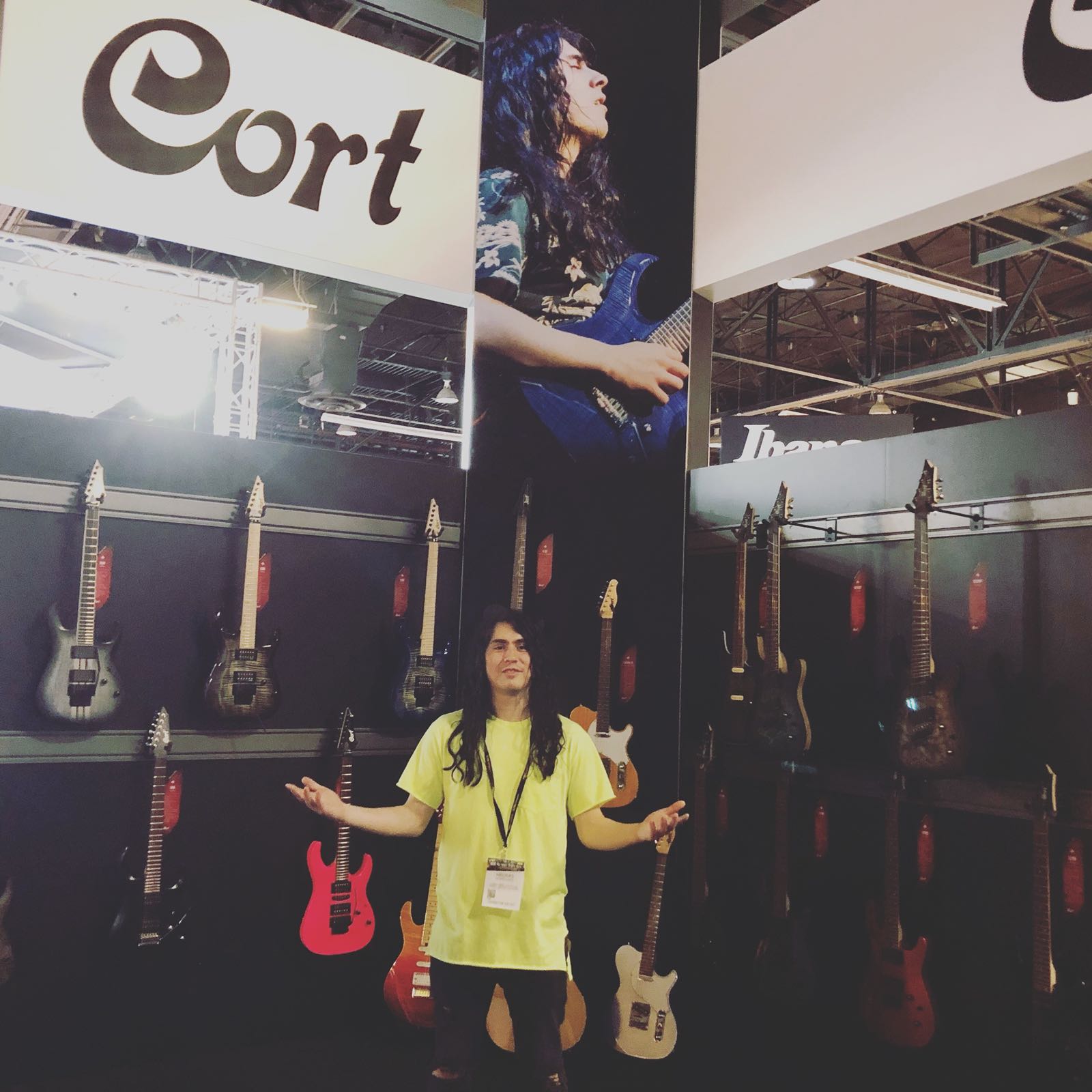 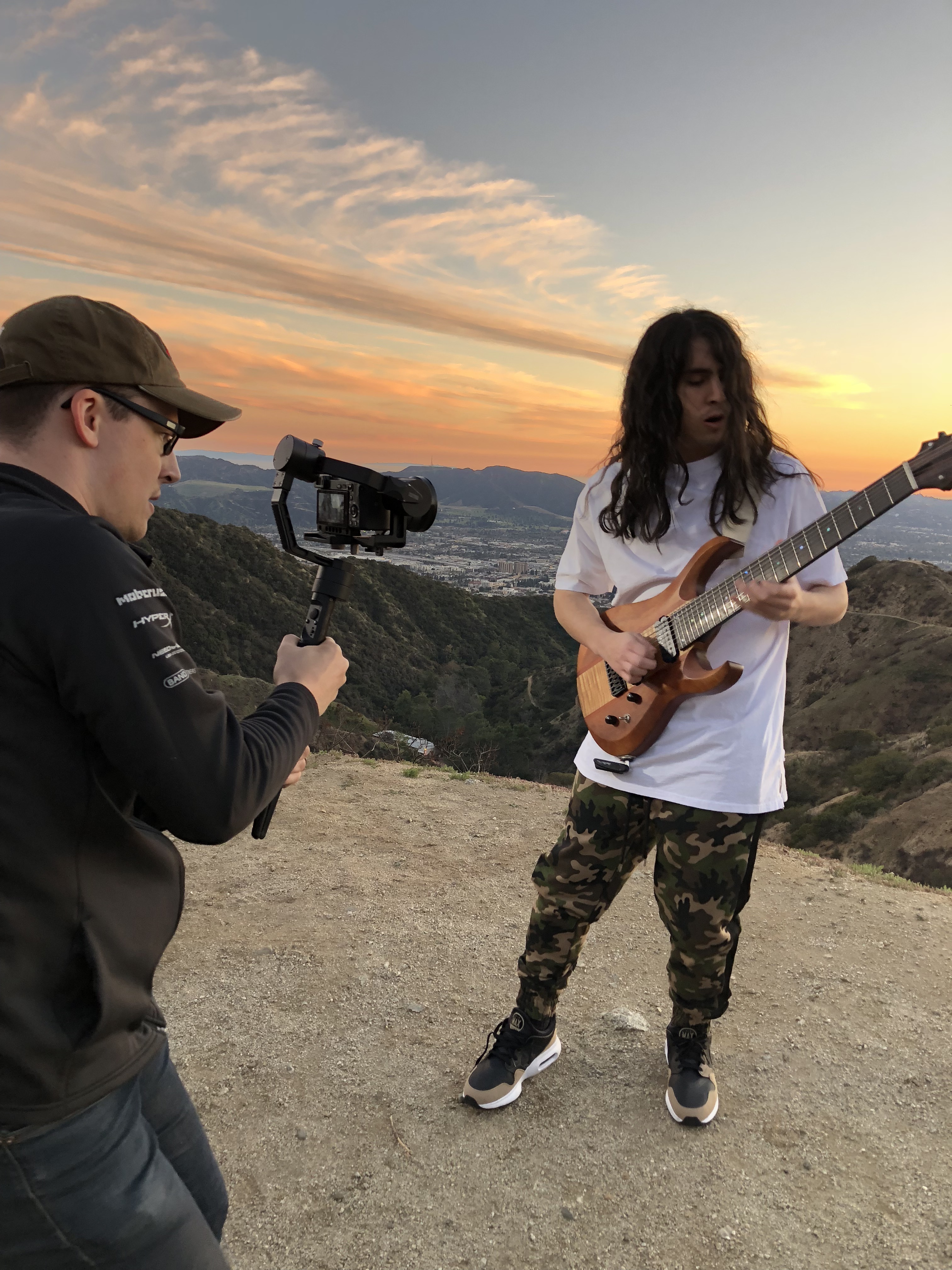 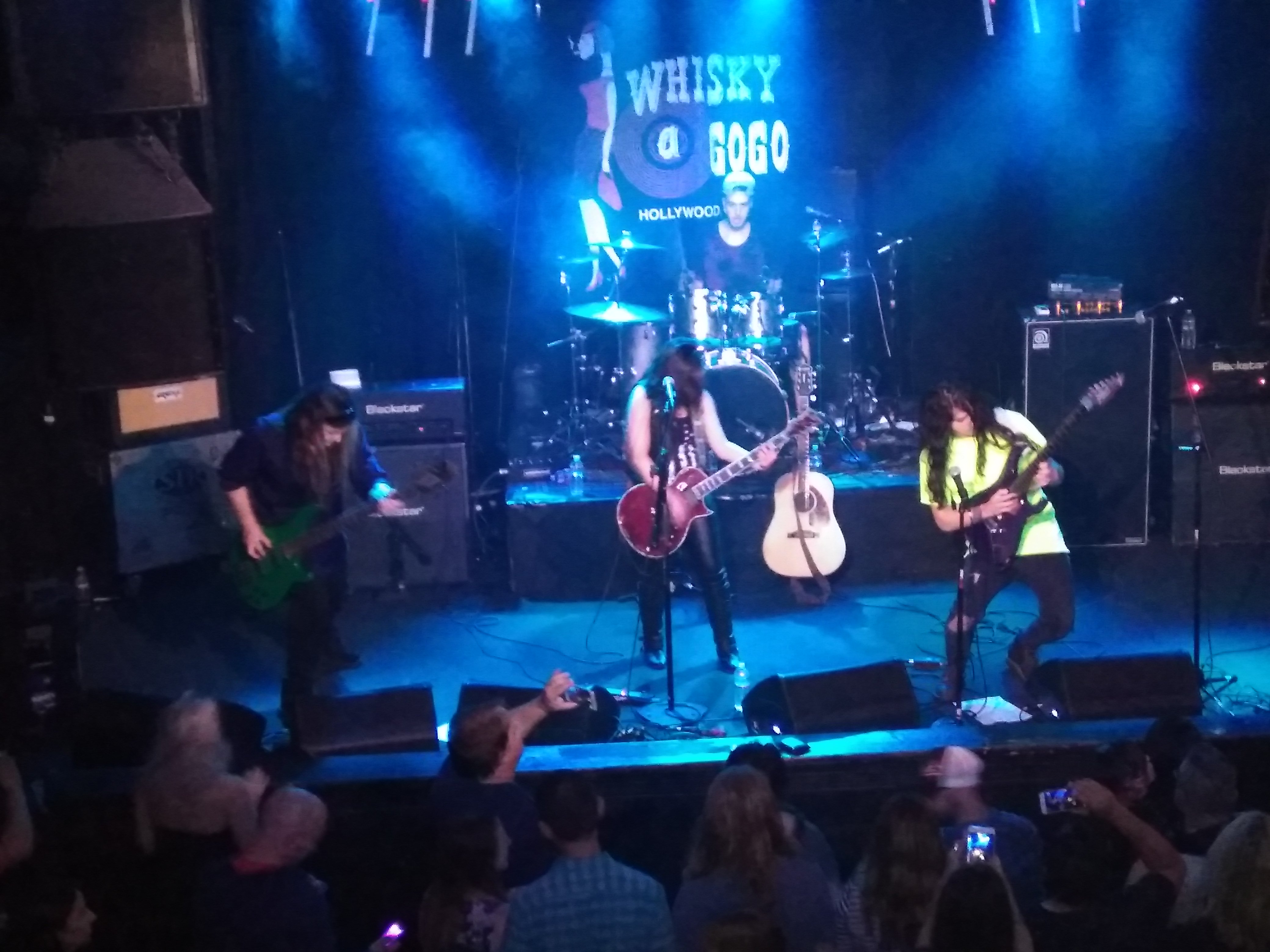