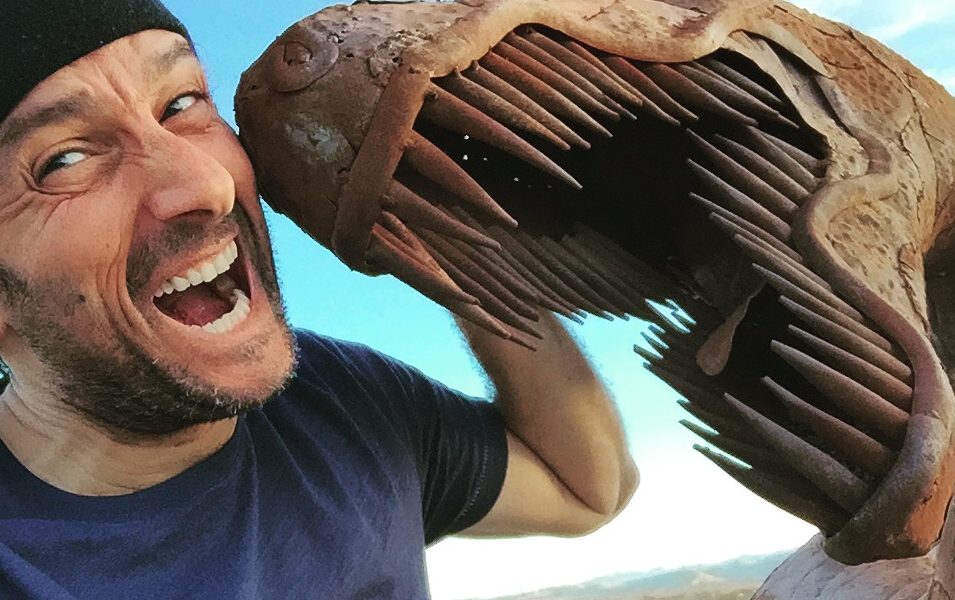 Today we’d like to introduce you to Ivan Murat Altinbasak.

Thanks for sharing your story with us Ivan Murat. So, let’s start at the beginning and we can move on from there.
Remember the old Dan Fogelberg song? That’s me he’s singing about- I’m the cabinet maker’s son. The lyrics haunted me as a kid because my father was literally, a cabinet maker at a woodworking company down the street from Shea Stadium in Queens New York. I swept the floors in that place as a kid, and again in the business, he started for himself six years later, and again in my own woodworking company twelve years later. Fast forward twenty years, and I found myself working for the largest woodworking company on the East Coast, part of an elite team of project managers responsible for orchestrating some of the largest, most complicated and demanding woodworking projects in New England. Schools such as Brown, Yale, Harvard, and Boston College have a combined tens of millions of dollars of my work adorning their walls and ceilings, from the stone counters in the bathrooms to the entry doors to the coffered ceilings and paneling. Then there are the hundreds of high schools, hospitals, and retail stores I’ve fitted up with cabinets, counters and store fixtures.

I was proud of my work, how far I’d come, and how well I was paid. Unfortunately, there was a big price to pay for the big bucks, and my lifelong passion- competitive cycling- was something I couldn’t do anymore. (I was again following my father’s footsteps: he had to quit competitive cycling when he started his compulsory military service in Turkey and life requirements made it impossible to train or compete) For me as well, training for 12-15 hours a week was impossible when I was on-call 24/7 to hordes of contractors, architects, and owners who demanded over-performance. My health was taking a nose dive, my diet and sleep habits were poor, and my stress was combined with anxiety and a lot of panic attacks. Lucky for me, aside hustle I started 6 years earlier in 2007 was beginning to bear some fruit.

I started my bike business at a time when the economy was in a tailspin, with bailouts, foreclosures, and recession galore, but I didn’t care. Wee Bike Shop was born from a passion for cycling and driven by the speculation that training wheels were going the way of the rotary phone. There was a new phenomenon taking shape- already wildly popular in Europe- “balance bikes”. In laymen’s terms, this was a tiny bike sized for toddlers that had no pedals, no cranks, and no chain. Kids propelled themselves and slowed down by using their feet on the ground, like Fred Flintstone! The invention dates back to the 19th century, but the Germans perfected it for kids age 2-4 all over Europe, who were using these things to train themselves for real bike riding, all while having a lot of fun in the process. A major part of bike riding skill is balance and shifting body weight, things that training wheels do not allow. How does a bike corner when it’s fixed vertically? What good is the instant gratification of training wheels if the only thing they teach is dependence? Balance bikes give kids independence, allow them to dive into corners, and teaches them to balance without the complication of pedals getting in the way. I discovered them when we purchased one for our son, back when there were only a few brands producing them, all in Europe. After observing him go from his balance bike to a two-wheeled bike at age 3-1/2, I knew this would eventually be big. A lot of people laughed at us at the time, but we persisted.

Today, Wee Bike Shop has over 3000 tiny kids bikes and scooters stocked in our San Diego warehouse, just a few hundred yards from where Top Gun was filmed, as the crow flies. We sell them on numerous sales channels, including three websites and Amazon. We provide a nationwide network of dealers with our bikes and like to think we are helping a lot of other small business owners realize their dreams- of putting more kids on real bikes and making training wheels obsolete.

In the same year that my company was launched, I took a trip to California with an old friend for a training camp- that is, lots of bike riding, every day for a week, combined with seeing a stage the Tour of California in Long Beach. From the moment I walked out of the airport, I was in love with San Diego and resolved to bring my wife there the following year. “You have got to see this place” was all I could say for months. We visited together in 2008 with our 5-year-old son and it was a done deal. The move from Rhode Island to California was set in motion in 2008 and it finally happened in 2015. It was not possible until Wee Bike Shop grew to a size that replaced my woodworking income. But then there were two homes to sell before we could leave and that took another two years. Today, it’s abundantly clear to us that if not for the beauty of California and our determination to live there, Wee Bike Shop would not have grown so fast, and would still be a side hustle. I’d still be grinding out a living in the woodworking business, with 60-70 hours weeks, sleepless nights and high blood pressure. Thank you, San Diego. Thank you, California. You made us fight for our dreams.

Overall, has it been relatively smooth? If not, what were some of the struggles along the way?
Our company started with one brand and used our garage as our warehouse. Later on, we had our entire basement and garage filled to the ceiling with inventory. By 2012 we were importing ocean containers of one bike brand and distributing them nationwide from a warehouse we rented out of a 100-year-old mill building next to a waterfall in West Warwick, Rhode Island.

The first lesson we learned is that a market protection contract is only as good as your ability and financial means to defend it. I lost that brand when the owners decided to move to the US and take over distribution. We had spent the past two years on the front lines, fertilizing the market only to have others reap the rewards. It was heart-breaking, but what we didn’t realize at the time is that it was a blessing. In the five years since, we partnered with new brands that were impressed with our reputation and today we are the exclusive US importer of 6 major European bicycle brands: Ridgeback, Genesis, Saracen, Yedoo, Muna, and Swifty. No contracts, just rock solid relationships with people who believe in us and who trust us to grow their brands with passion and integrity.

Alright – so let’s talk business. Tell us about Wee Bike Shop – what should we know?
Wee Bike Shop started out selling only premium, very expensive balance bikes imported from Germany. Our typical customer was free of any cost sensitivity and was looking for the best. For this reason, we always avoided inferior brands that imitated the original designs coming from Europe. We weren’t in business for a fast buck, selling cheap knock-offs. We became pretty well known for our white glove service, for scrambling on a weekend to hand deliver a bike to a birthday party, or our meticulous bench prep of every bike sold to make sure it was free of defects. (A large moist hand wipe is shipped with every bike, for cleaning hands after assembling our bikes) This obsession with delivering a quality product is what gave us a reputation for providing great bikes, at a price that is worth every penny. We’ve always believed that our balance bikes are not just a product, they are an important life experience for the recipient. A first bike is an amazing milestone, especially when we can provide it to 2 and 3-year-olds. It’s the Russian Math School of cycling, the fast track to skillful bike riding. If kids get to enjoy it so immensely, it’s only fair that the parents who provide it to their kids also enjoy the buying experience to the greatest extent possible.

Another distinction we’re proud of is that we stock every bike we sell. The e-commerce world is filled with [other] sellers who can’t afford to stock a single unit of their products. They collect orders on their websites or on Amazon or eBay and submit them to warehouses that “drop-ship” the order from a mysterious location. The customer doesn’t know this is going on. The customer also doesn’t realize that they are receiving a bike that is still in a sealed carton, that has never been lovingly opened, inspected, prepped or tuned. We have a callback rate that is closer to zero than any of our competitors. We keep 3000+ bikes on hand at any given time.

Lastly, we are the first to popularize the hashtag #realbikesnottoys, in response to the countless number of toy industry knock-offs of the real balance bikes. All of our bike brands have inflated rubber tires, hand brakes, and industry standard bike components. You don’t have to look far to find cheaper alternatives that are marketed as bikes, but which actually do not have any safety testing performed relative to bike industry protocol. We advise customers that if a balance bike has a weight limit of 50-60 pounds, it’s a toy industry product, (not a bike) and safety tested as such. This means that it’s only tested for off-gassing, lead, mercury and heavy metals in the paint. Our bikes are tested for performance and structure, using hundreds of pounds of force in a lab, in addition to the toy safety protocols. It’s a lot like the dairy industry being invaded by “almond milk, cashew milk, and soy milk”. These are liquids that do not come from a cow, but which use the word “milk” deceptively. Not cool, whether it’s milk or bikes, consumers should be correctly informed of what they are buying. We take a lot of pride in staying true to the bicycle industry.

Any shoutouts? Who else deserves credit in this story – who has played a meaningful role?
I thank my mother for giving me my strength and perseverance, and my father for giving me my trade skills and work ethic. My wife deserves a ton of credit for believing in my crazy ideas along the way, and being there as my partner and right arm when times were tough growing this business. I say that California forced us to make our business successful, but she’s the one who made me want it to be successful. She makes me want to be the best man I can be. I could not have done it without her.

I also owe a lot to the late Franz Wright, like his father before him, a Pulitzer Prize winner in Poetry. Driving to a job site one afternoon in 2008 I was listening to NPR and he was being interviewed. Franz read his poem called “The Letter” and I literally had to pull over on this scenic country road in Connecticut because I was just consumed by his words. The last line was a game changer for me:
“We are created by being destroyed.” I live by these words. 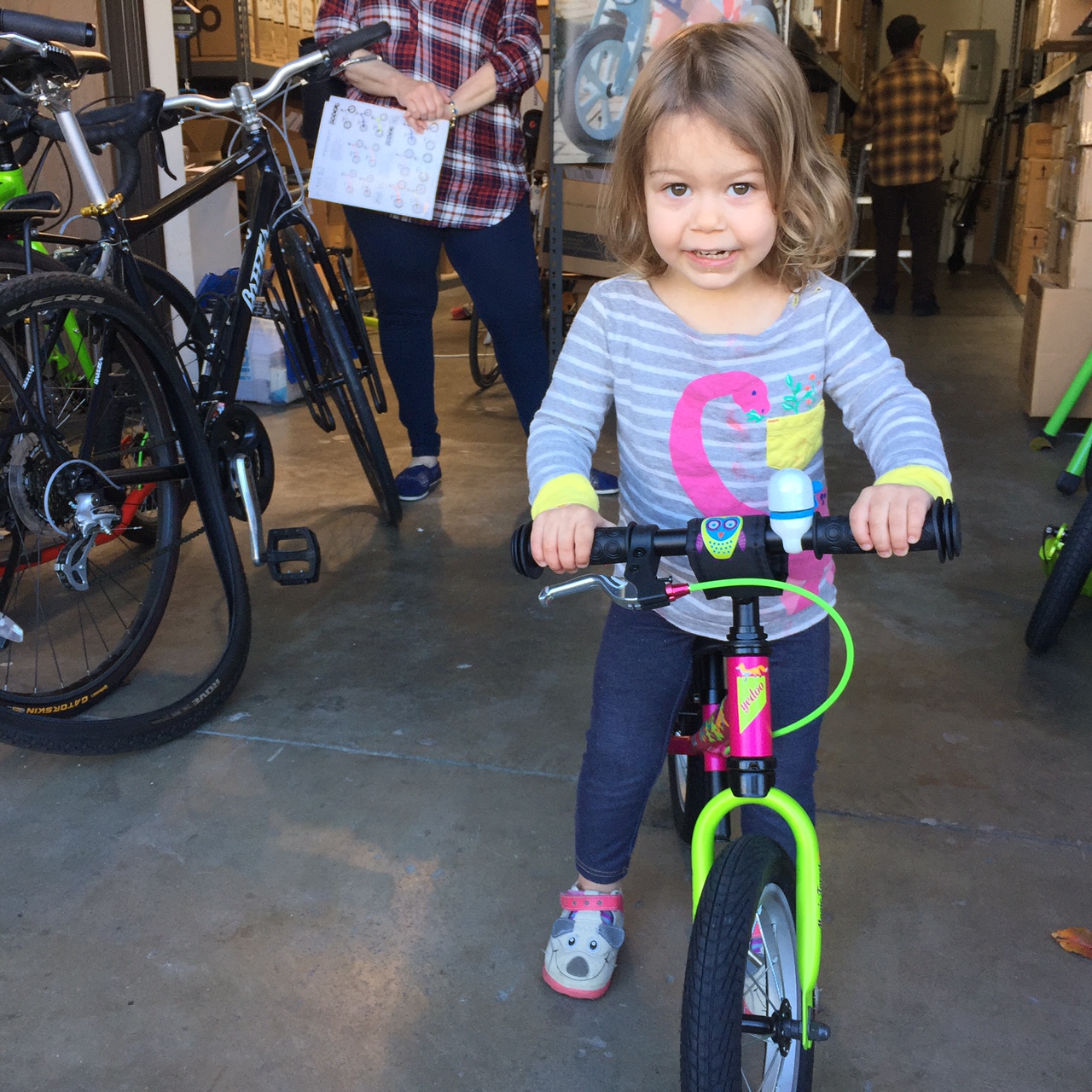 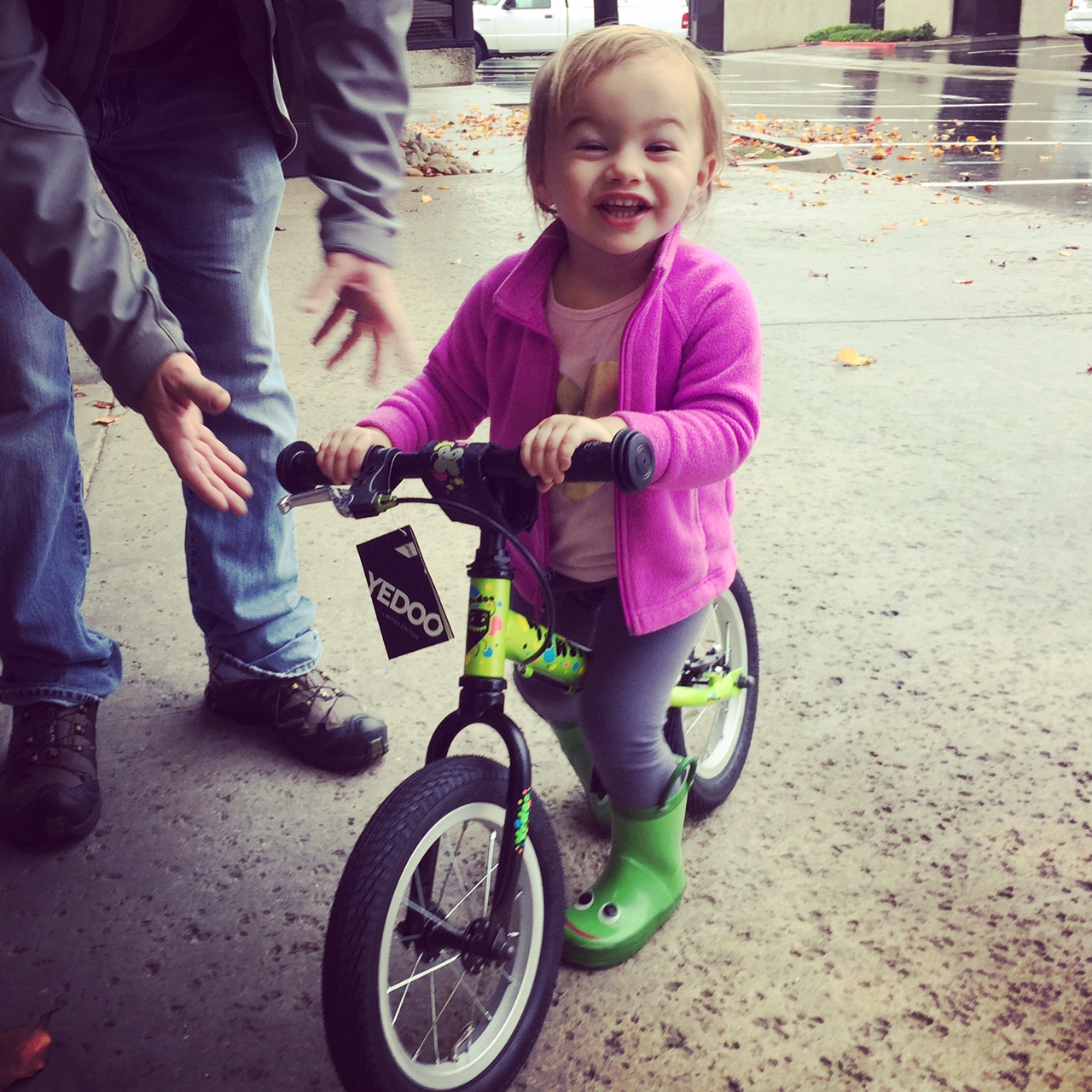 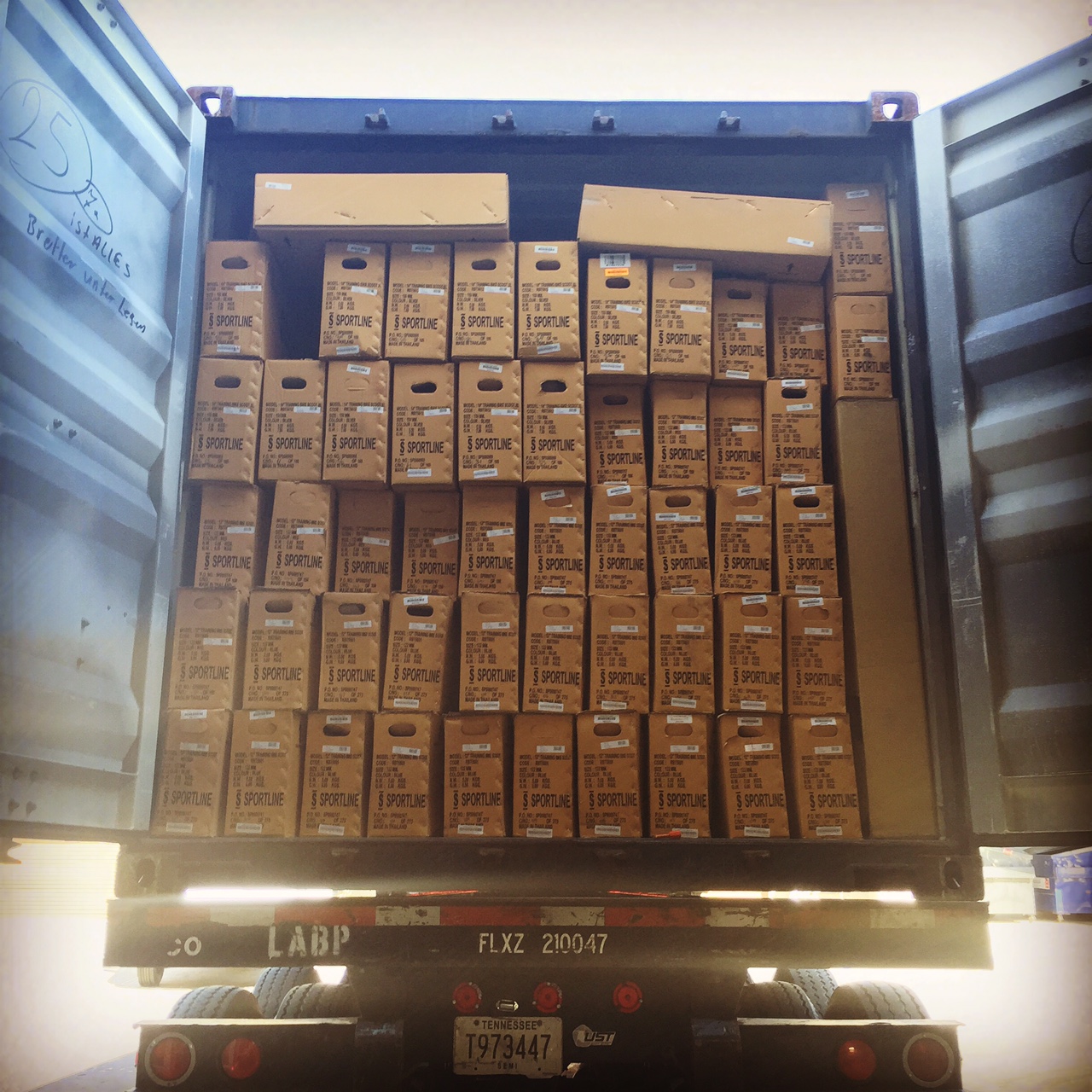 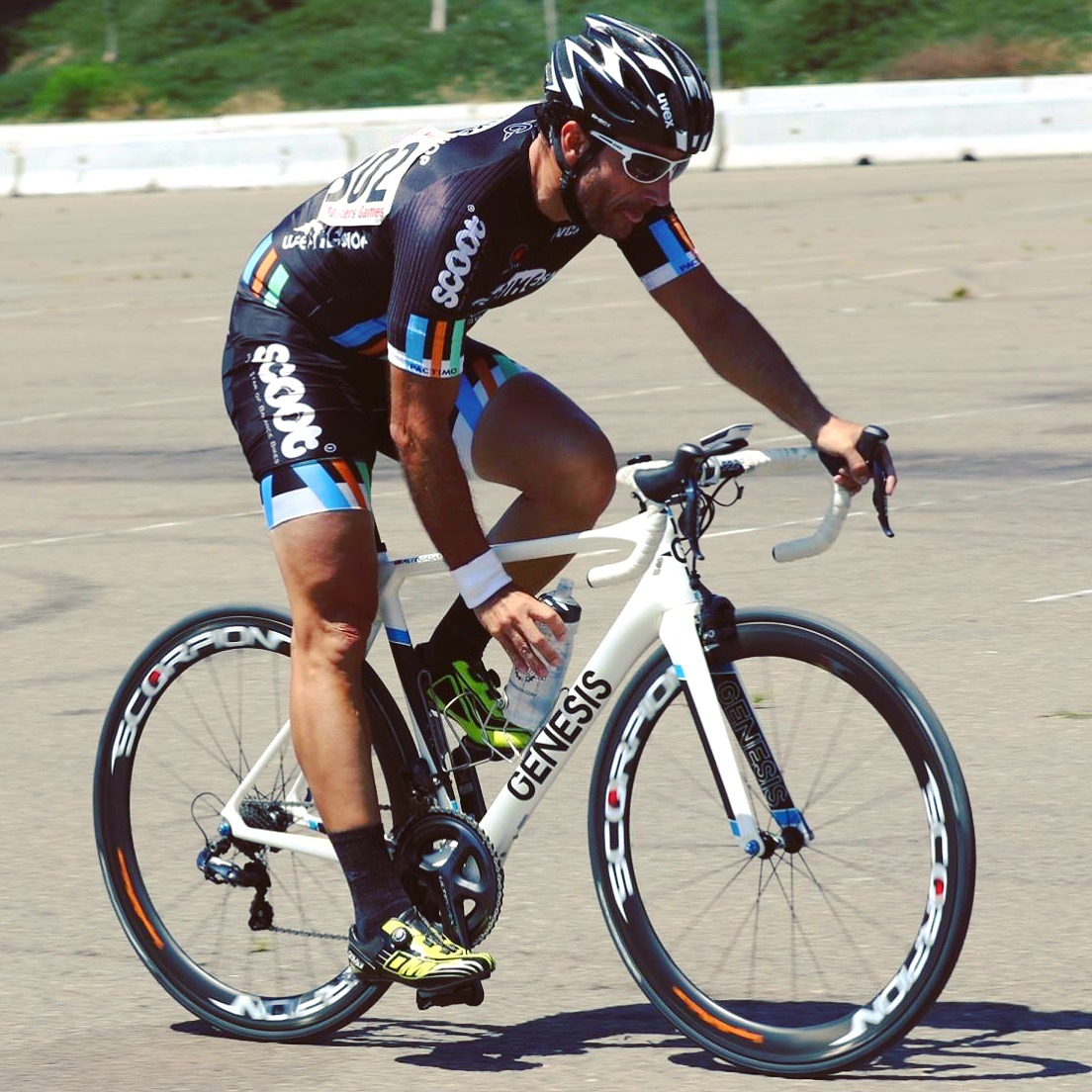 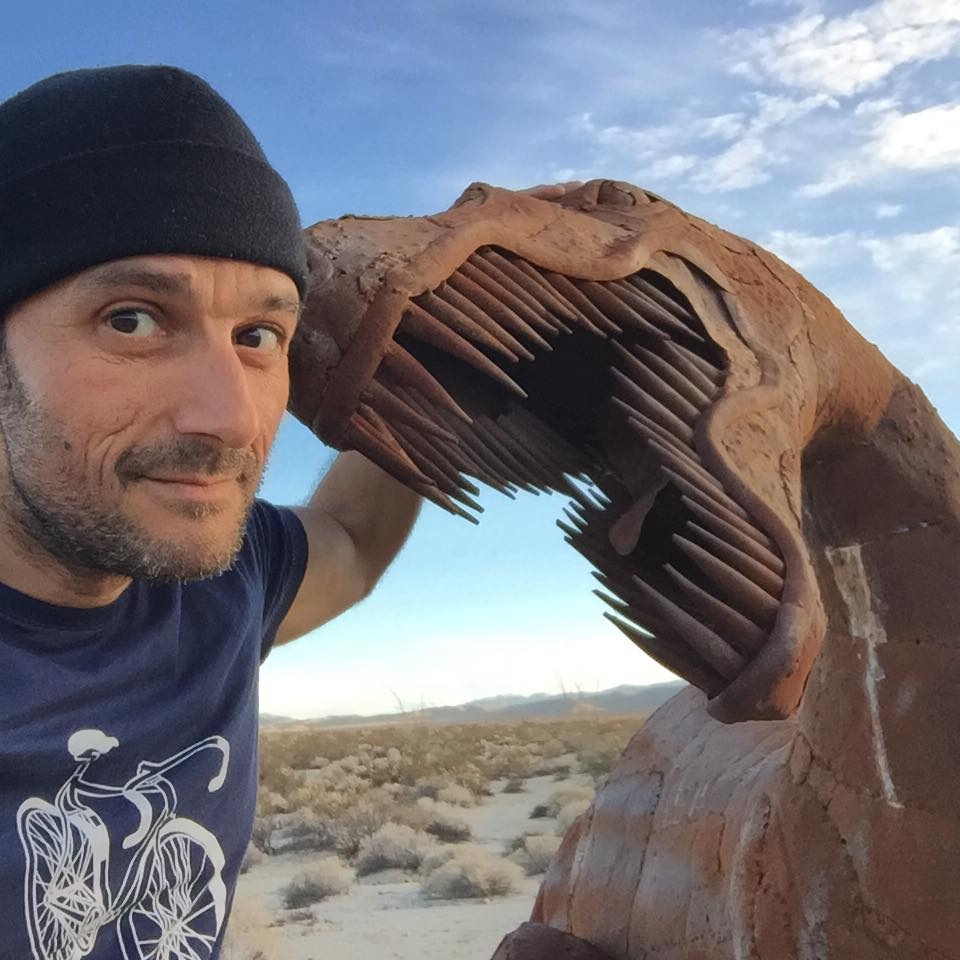 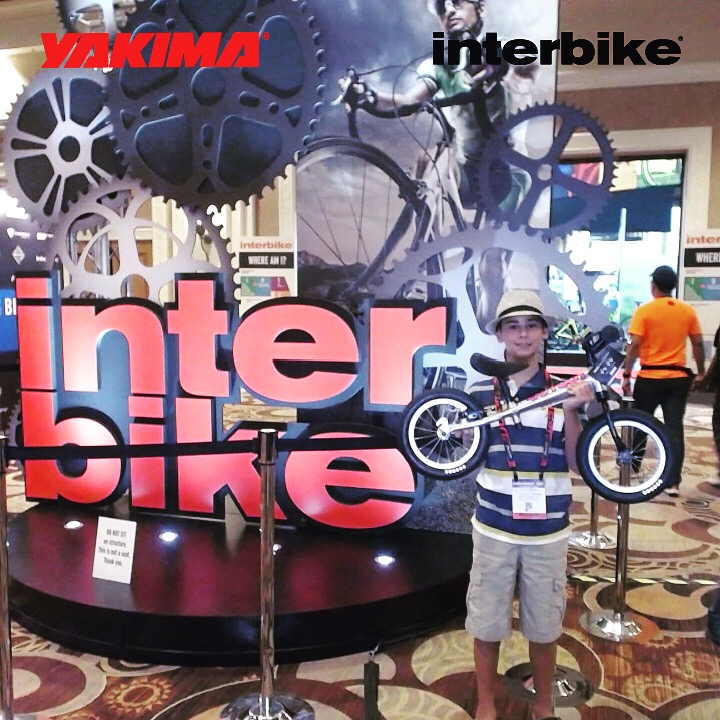 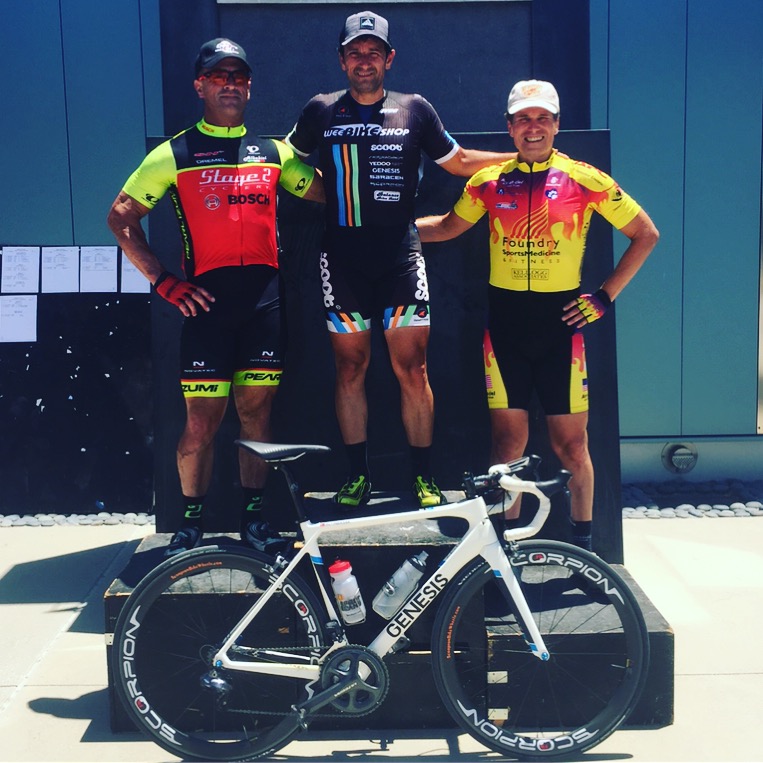 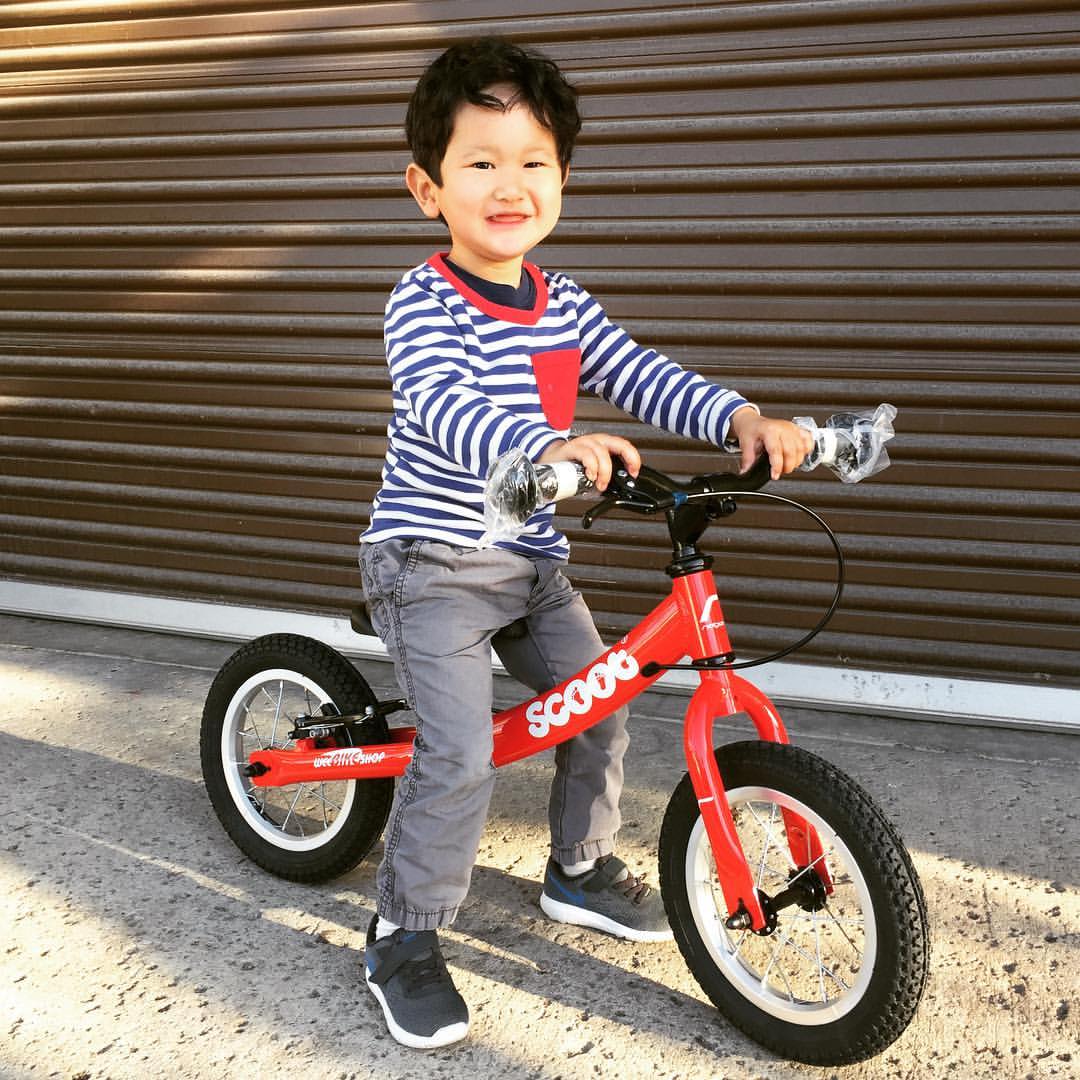 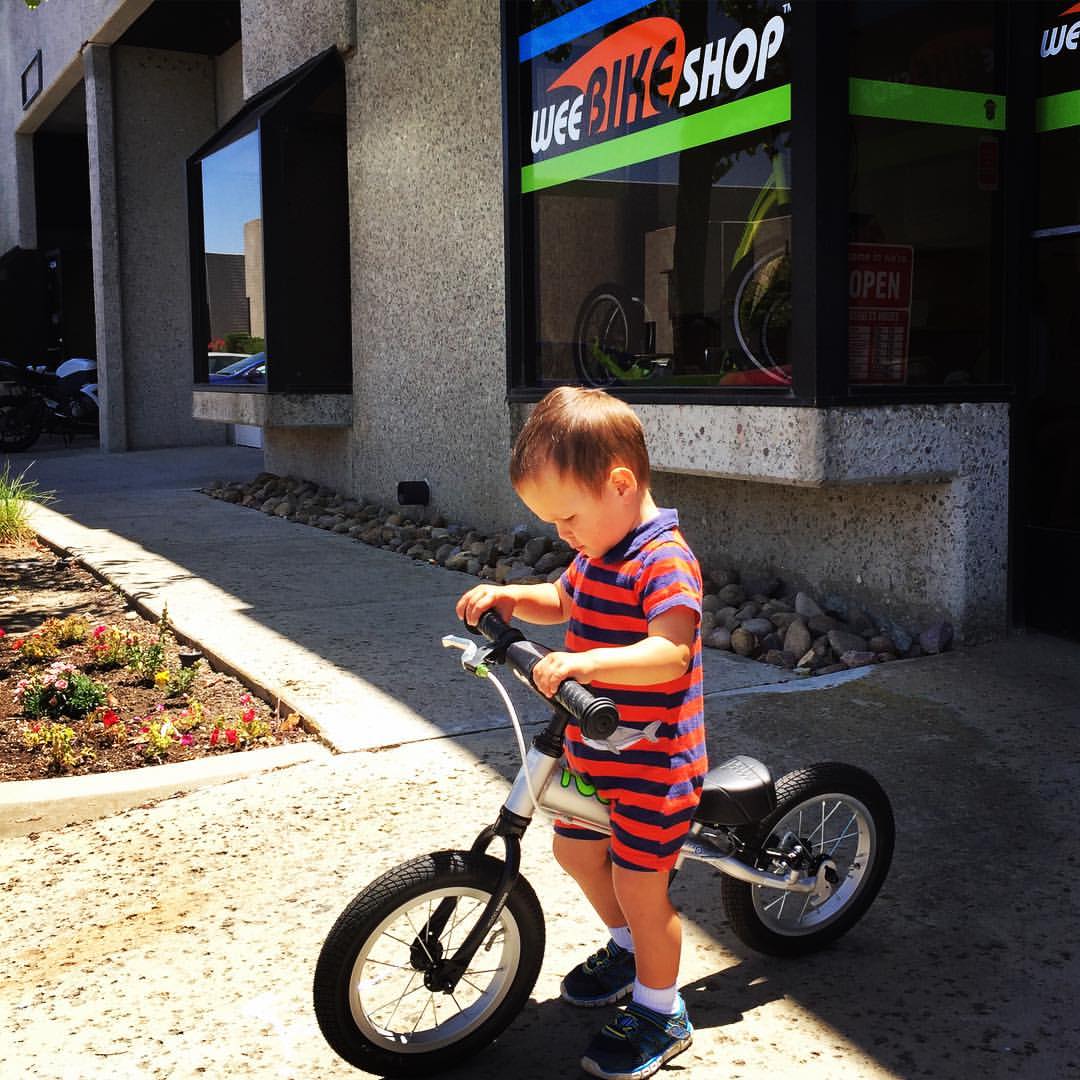 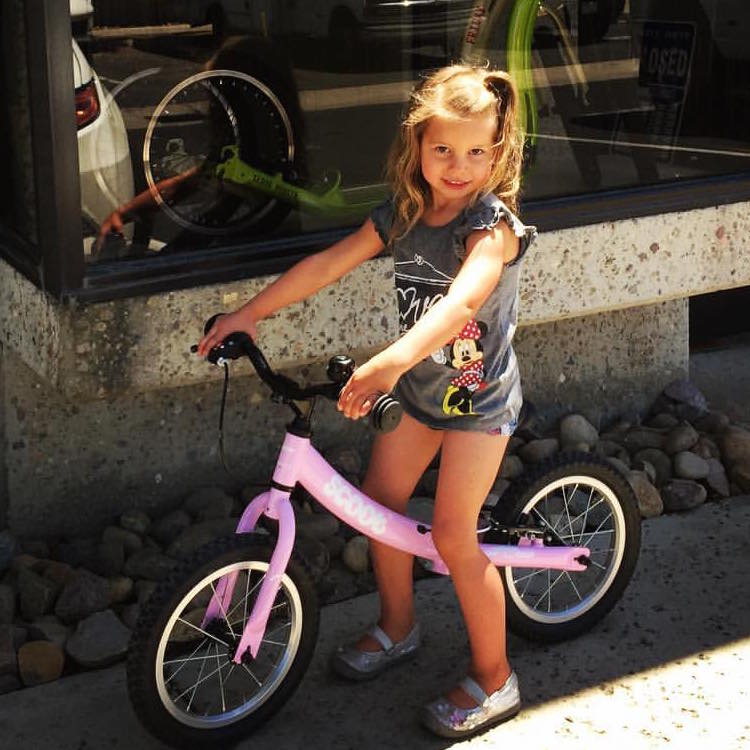