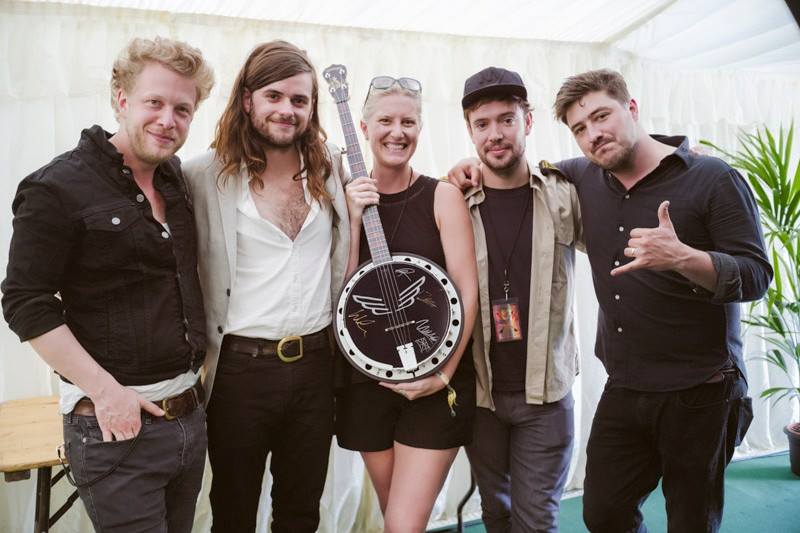 Today we’d like to introduce you to Jamie Deering.

So, before we jump into specific questions about the business, why don’t you give us some details about you and your story.
My father, Greg Deering began learning woodworking from my Grandfather at the age of 2 by watching him build model airplanes. Growing up in San Diego, he received his first tools at age 4 and many of these tools he still has today. That is how important this was to him. It was a career in the making.

At the age of 13, he purchased his first banjo by investing pay from his paper route into a used banjo. Later in life he built his first banjo as an industrial arts major at San Diego State College. In 1970, at 19 years of age he joined other enterprising young college students at the American Dream Co-Op and began doing instrument repairs and building banjos. This co-op in Lemon Grove would become the birth place of two now world renowned instrument manufacturers – Taylor Guitars and Deering Banjos – a true tribute to the concept of the American dream!

Today, 42 years later, the Deering Banjo Company has seen many a milestone including the rebirth of the banjo into mainstream music, and has worked hard to stay American made.

Our factory has always had its home in East County San Diego. My folks started out in our home garage and then moved to Lemon Grove for many years in a shop right behind the Post Office there. Then in 2001 we moved into our current building, which brought us back to our roots in Spring Valley.

I grew up with our family business, helping in it from filing in the office to actually building parts of the banjos in my high school years. At Spring Valley Middle School, I took Wood Shop and in high school I took Metal Shop at Monte Vista High. What I learned in those classes continues to come in handy to this day. It is such a disservice to our future generations that those kind of classes are no longer available in most schools.

I spent some time traveling after high school, and took courses in communications and organization, but always knew I would be back to carry on Deering Banjos. As the digital world progressed and social media was formed I saw a need and stepped in to help us grow with these new tools. Taking over Artist Relations and Social Media was daunting as it was changing and expanding so fast!

Even with the amount of hard work and determination it takes, I love what I do and working in the same entrepreneurial vein that I have learned from all the years of watching and working under my folks! They say “I have more horsepower than the two of them put together”, and I say “I had good teachers”.

I am grateful for the experience that being part of a family company has given me. I learned how to be a hard worker and what it takes to build one’s own business. From a very young age I learned the value of an honest days work and earning a living. It is an honor to be here and part of seeing all the years of my parent’s hard work continue into the future.

I am now the VP Public Service & Outreach here at Deering Banjos. Along with continuing to take care of our Social Media and Artist Relations, Public Relations, Charity Work, Attended Events, and Community Outreach are now also under my wings. I enjoy seeing just how much good we can accomplish within our resources. One such example is a campaign where we partnered with Deering players Mumford and Sons. We made custom banjos for each of their shows on tour, which were signed and then auctioned off for a local charity in the town or city of their show.

Through this campaign together we raised over $100,000 for human needs charities all over the world, including Europe, UK, Australia, South Africa, Canada and the USA.

I have always felt we can each go through life just doing our jobs, or we can do our jobs and also take it a step further out into our communities. This is part of the values at Deering and makes what we do more than just building banjos.

Has it been a smooth road?
Having started Deering Banjos from nothing, there seemed to be nothing but challenges for the first many years.

Early on, my mom tells stories about managing to drive a banjo up to LA for delivery and rushing to the bank just in time to cash the check to make payroll. It was tight, and back in the 1970’s resources like digital banking were not even a figment of one’s imagination. Not having tools such as internet, digital marketing, cameras on every phone, and email made it even harder than today to get off the ground.

Even mocking up a flyer was all done with scissors and paste. It was so much more labor intensive!

Fast forward to now and we have the normal challenges of a changing economy and buying methods of consumers, employee on the job training for manufacturing, and others, as we have grown, and as the world is more in communication there are also new challenges. Such as we have started exporting to China. In doing so we found someone had already trademarked our brand name in China and expected us to pay them to have it back! We have since sorted this out through the Chinese authorities, but wow, a whole new playing field faces you as you get bigger and expand into other countries!

There are also generational challenges. There are ways marketing and styles have changed. Some things we “young-ins” in the company feel are important to do may not make sense to my folks. So time and consideration to sit down together and make sure they are in the loop and kept up to speed are vital. Something I take to heart and see that we maintain, is giving them the respect they have earned in dedicating their lives to building our family company.

So, as you know, we’re impressed with Deering Banjo – tell our readers more, for example what you’re most proud of as a company and what sets you apart from others.
We make banjos of all kinds and are now the largest banjo maker in the world! Some builders specialize in just one form like “Bluegrass Banjos” or “Old Time Banjos”, we do all of them. We also cover the range of price points with the beginner banjo that retails at $529, all the way up to our high end models that are $15k+ and each a work of art.

It is our passion to see the legacy and history of all kinds of banjos continue to be available and enjoyed into the future.

We are not just about promoting our “Brand”, but in promoting and educating on “Banjos” as a whole. It was a misunderstood instrument that had been sitting a box of stereotypes for many years, through hard work it is now seeing a new life, and being used in unique and creative ways. At the same time others are still learning and carrying on its traditions. We couldn’t be happier.

Many Deering players have helped to bring this about through the work they do. Artists such as Steve Martin, Bela Fleck, Mumford & Sons, Rhiannon Giddens, Kevin Nealon, Dropkick Murphys, The Avett Brothers, Keith Urban, Elle King, Zachary Quinto, and many, many more who are continuing to pick up and enjoy this American instrument.

It is an instrument with a history all of its own. For example, did you know while the modern form of the banjo is truly an American creation, its history actually goes back to Africa! There are whole documentaries about this.

Let’s touch on your thoughts about our city – what do you like the most and least?
I was born and raised in San Diego. As an adult I have traveled a fair amount and have yet to find a place I would rather call home. There is a feeling in the air here, and in the people, that is friendly and relaxed on a whole. Yet we are a productive city, and like to get things done.

I enjoy the diversity we have in cultures and how well we work together with our neighbors in Mexico.

Most of all I love being able to hike and be active outdoors year round. There are few places in the world who have it as good as we do in that regard.

Things I like least, well that would be the driving habits. For example, texting and talking on phones while driving even with the stricter laws. Then there is the infamous “California Roll”. It is actually worse than a “roll” in San Diego. It blows me away how many motorists, and bicyclists, in our wonderful city completely disregard stop signs!

That is dangerous, people die from these bad habits.

As with any city, we take the bad with the good, and the good definitely outweigh the bad in San Diego! 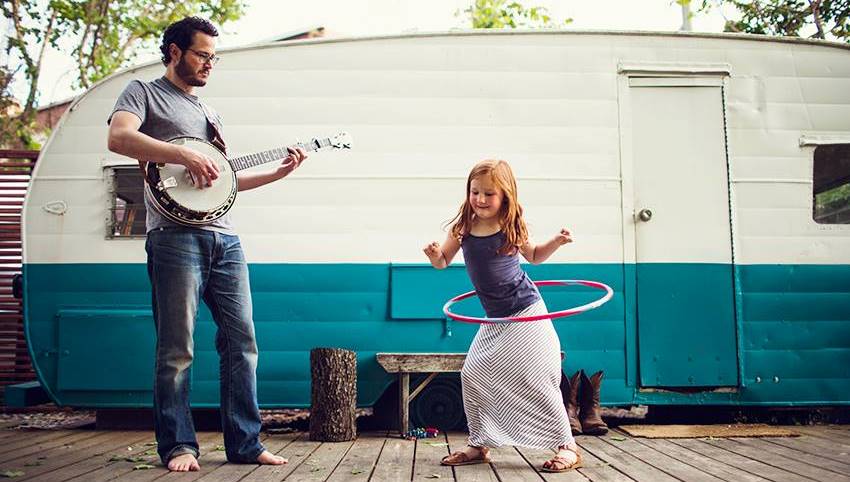 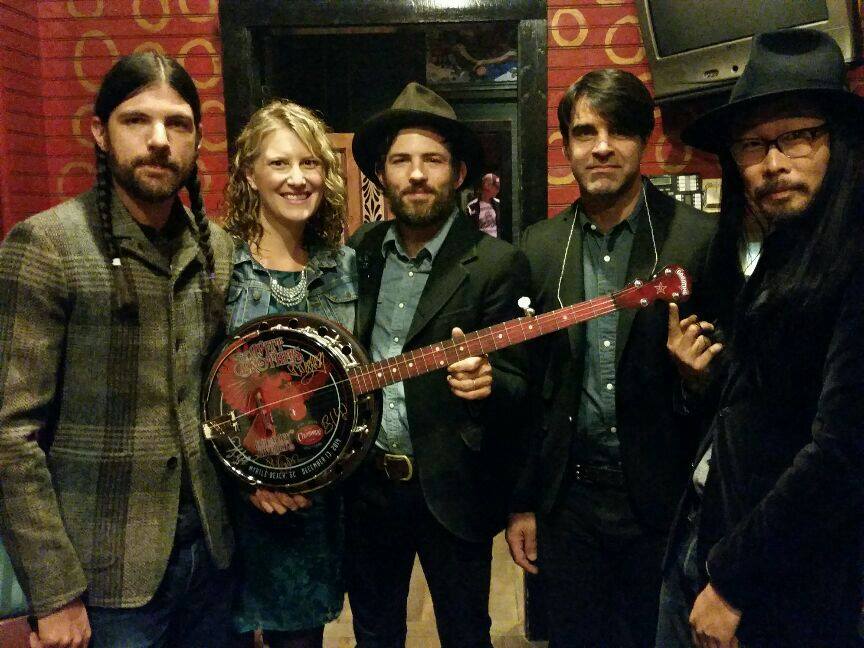 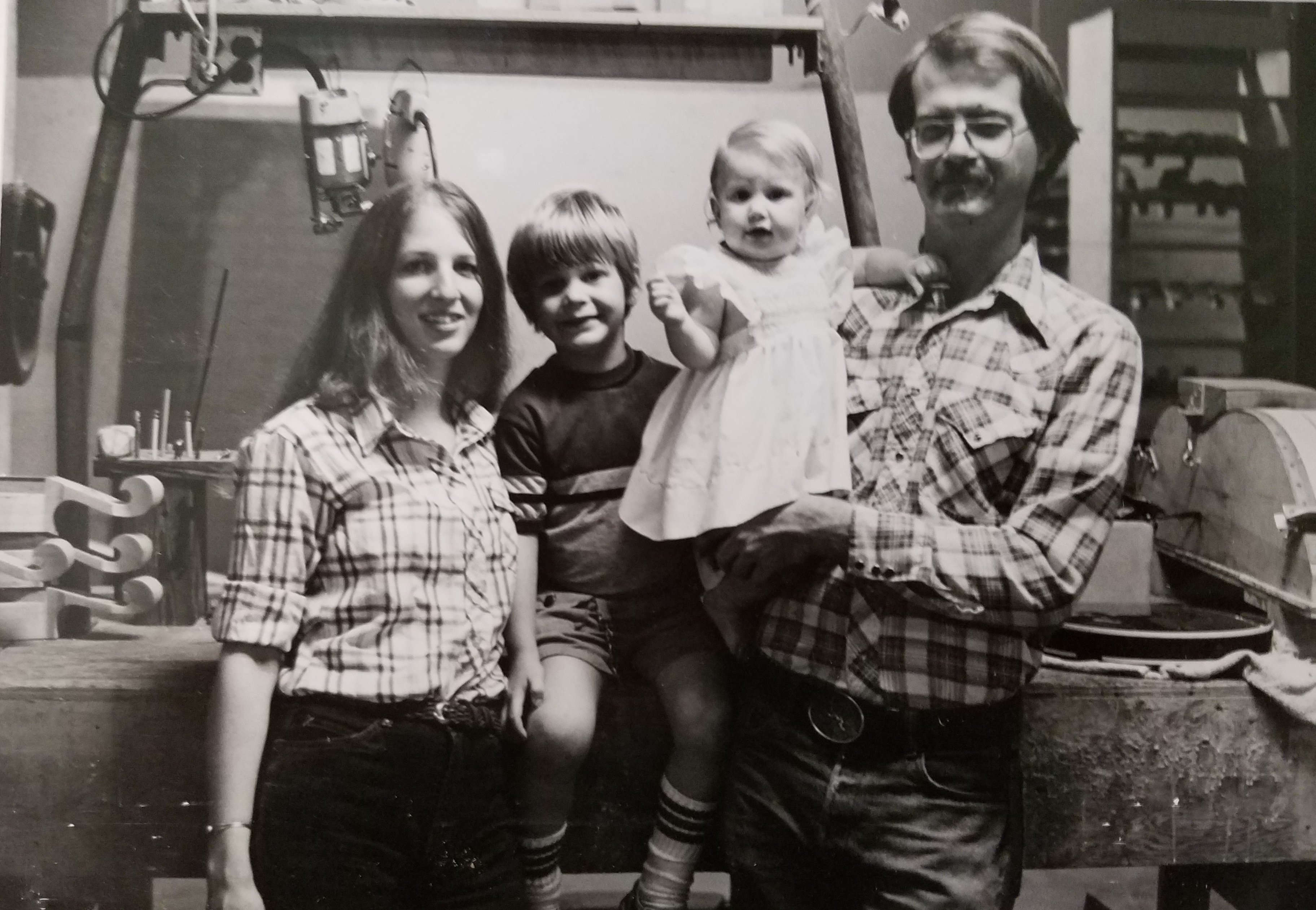 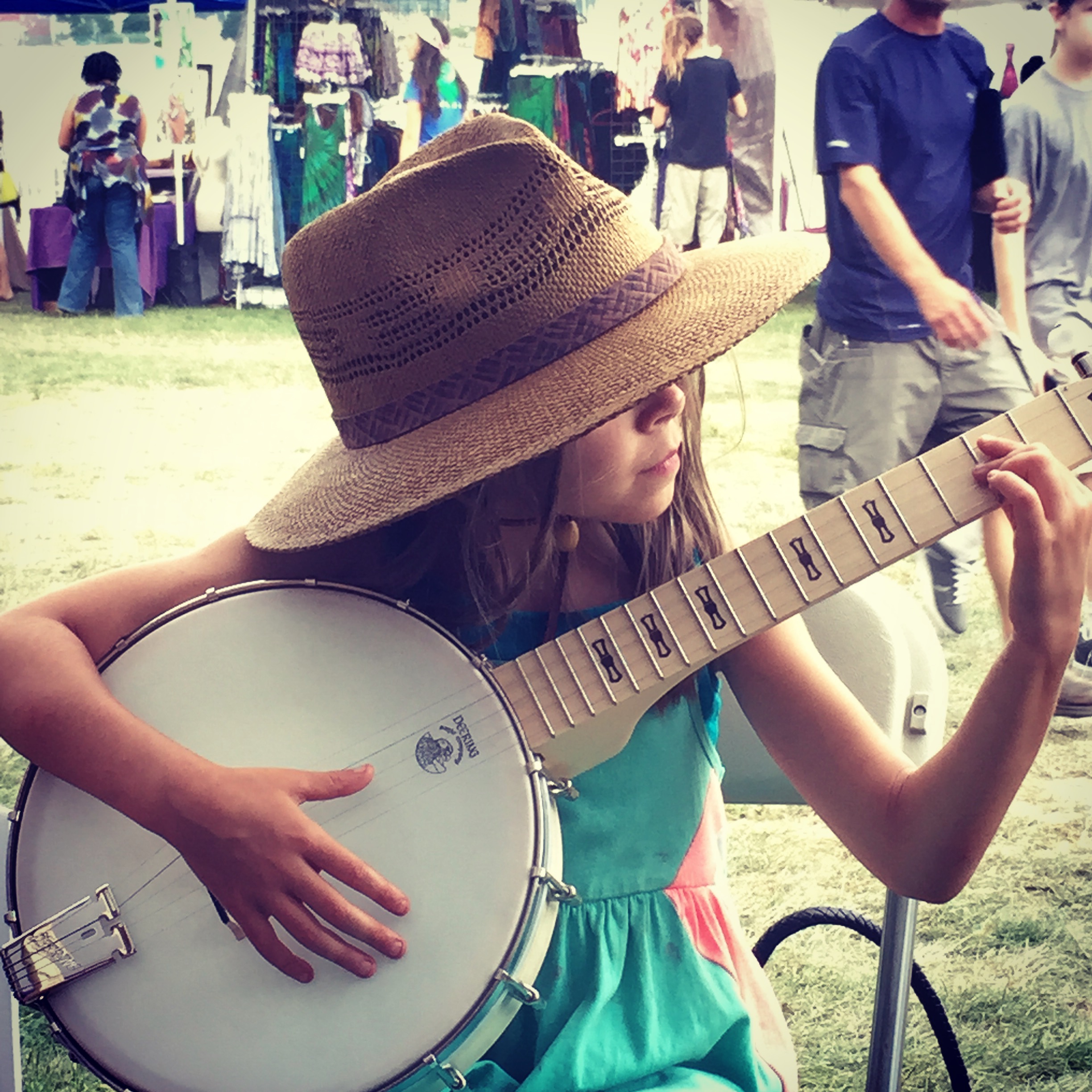 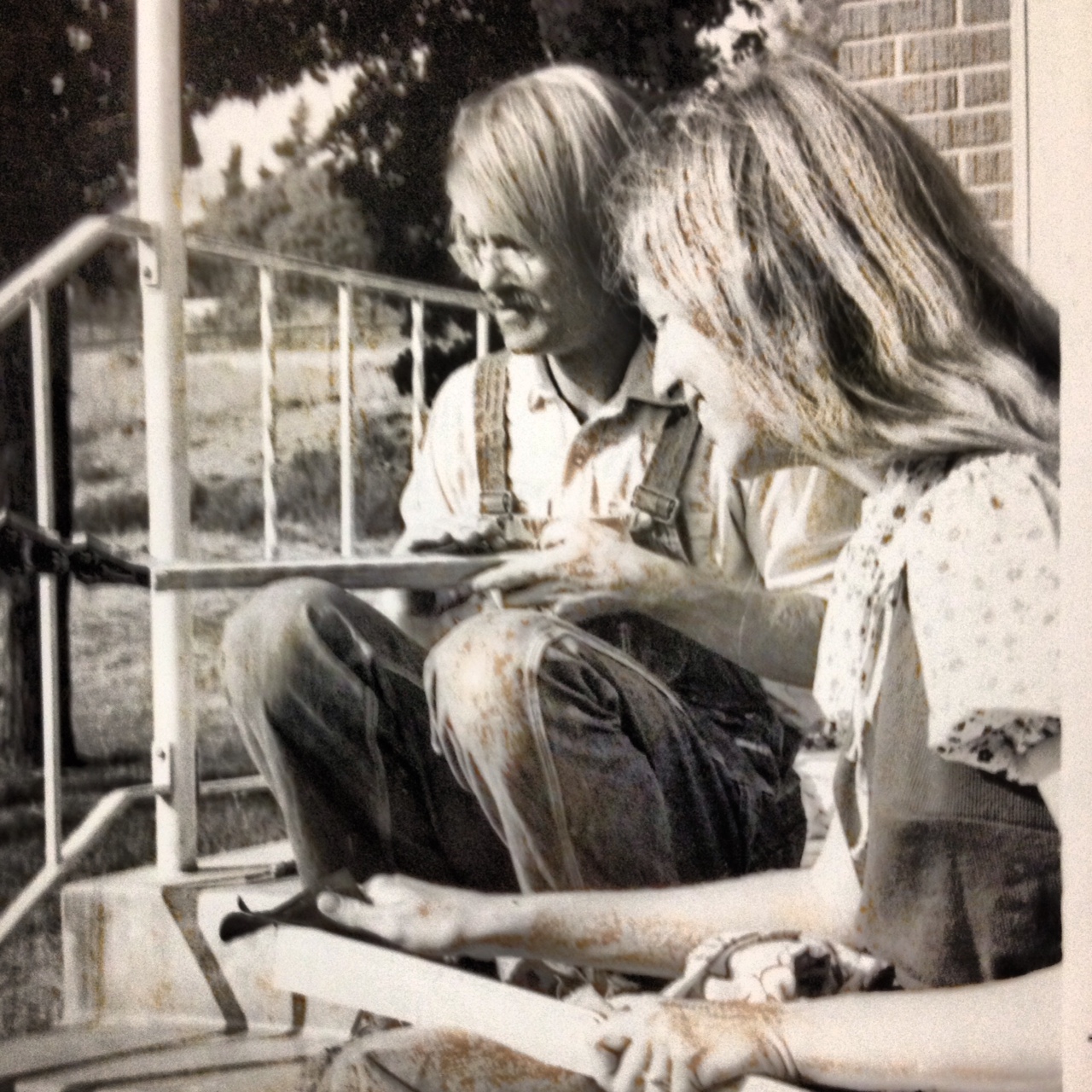 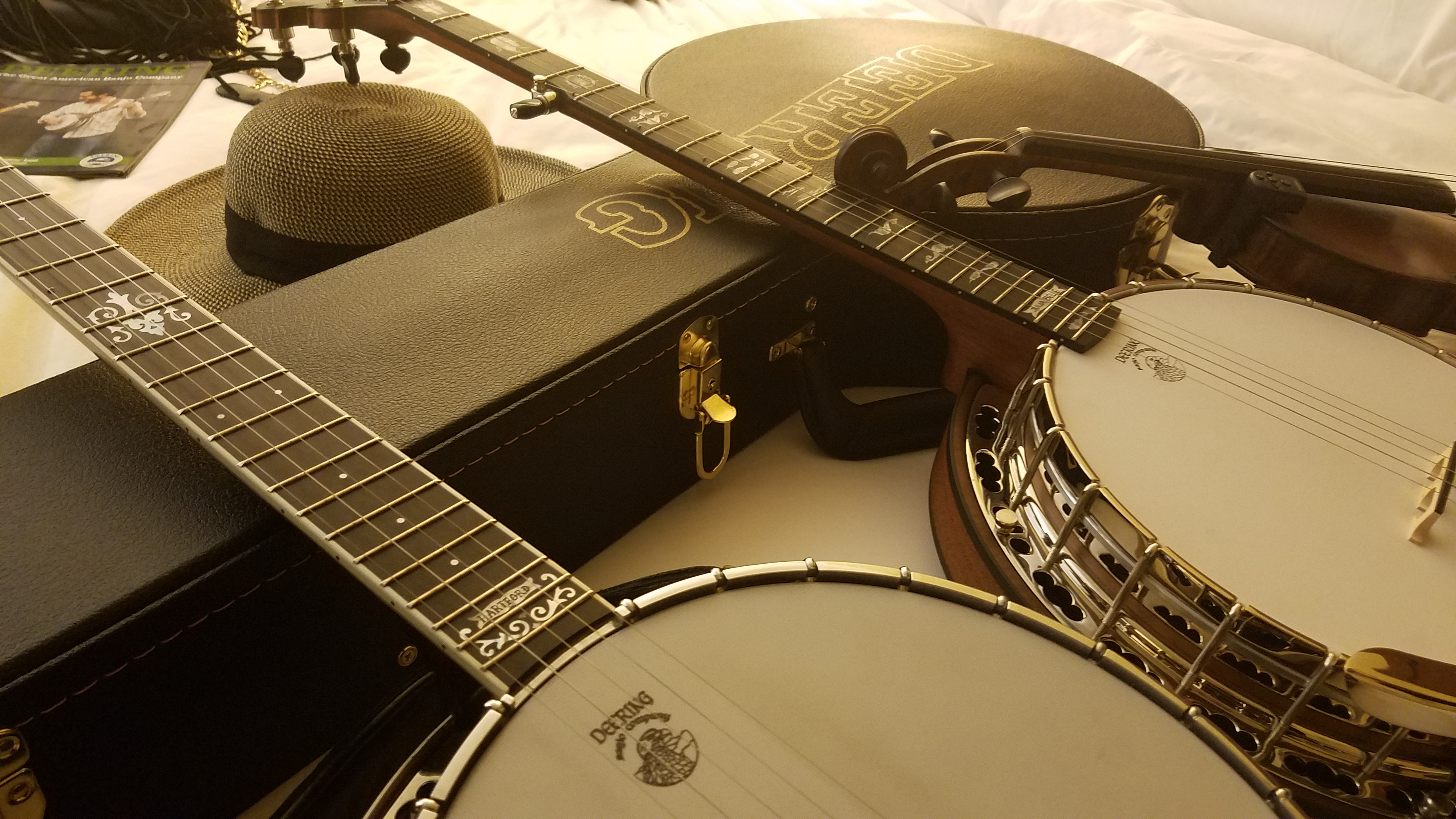 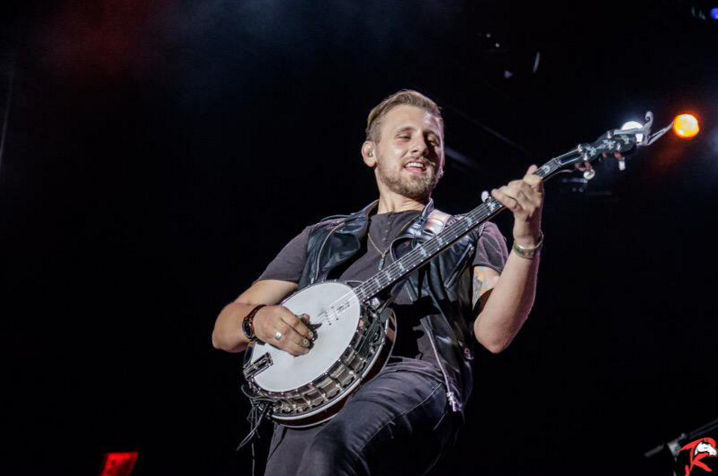 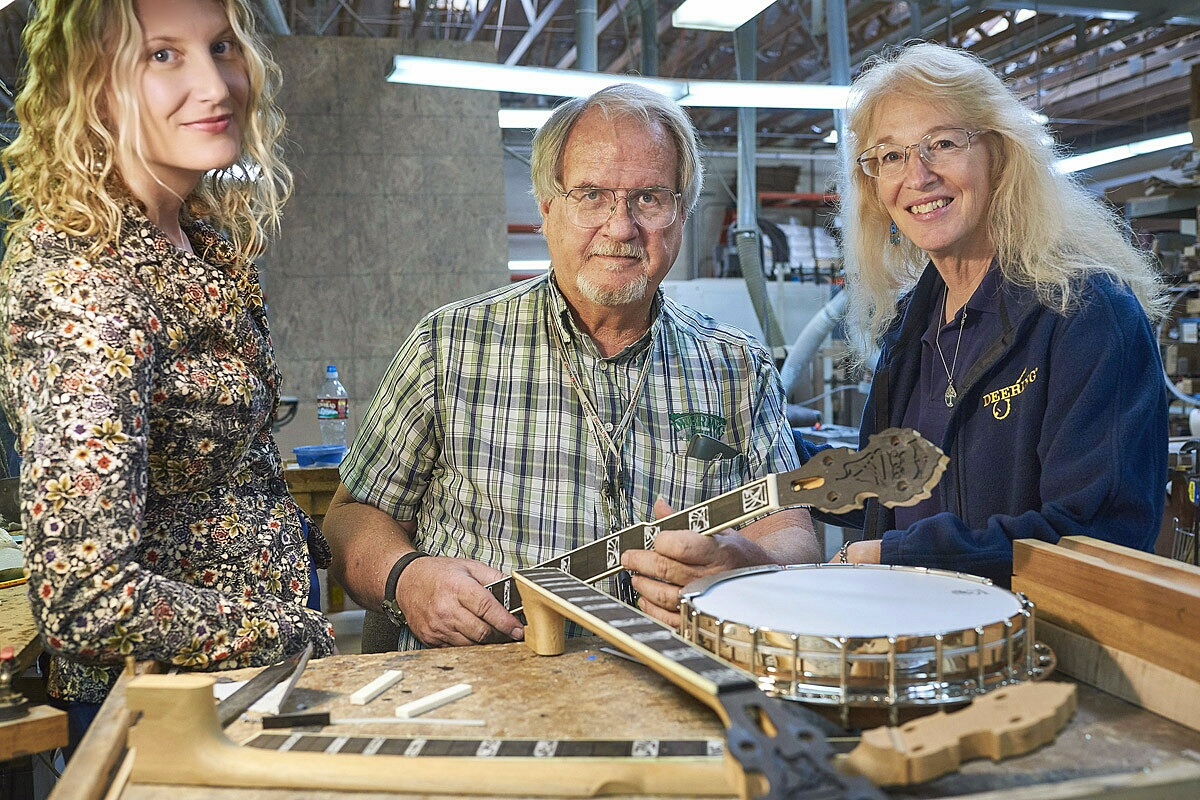 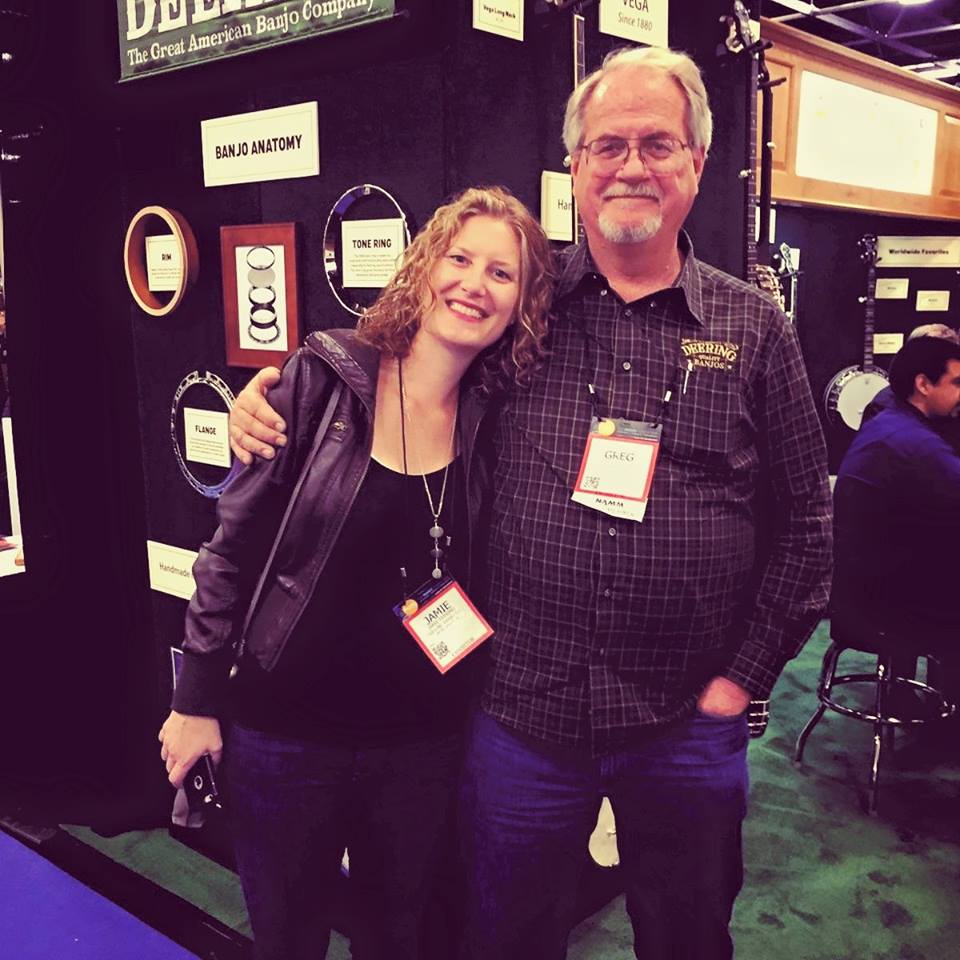 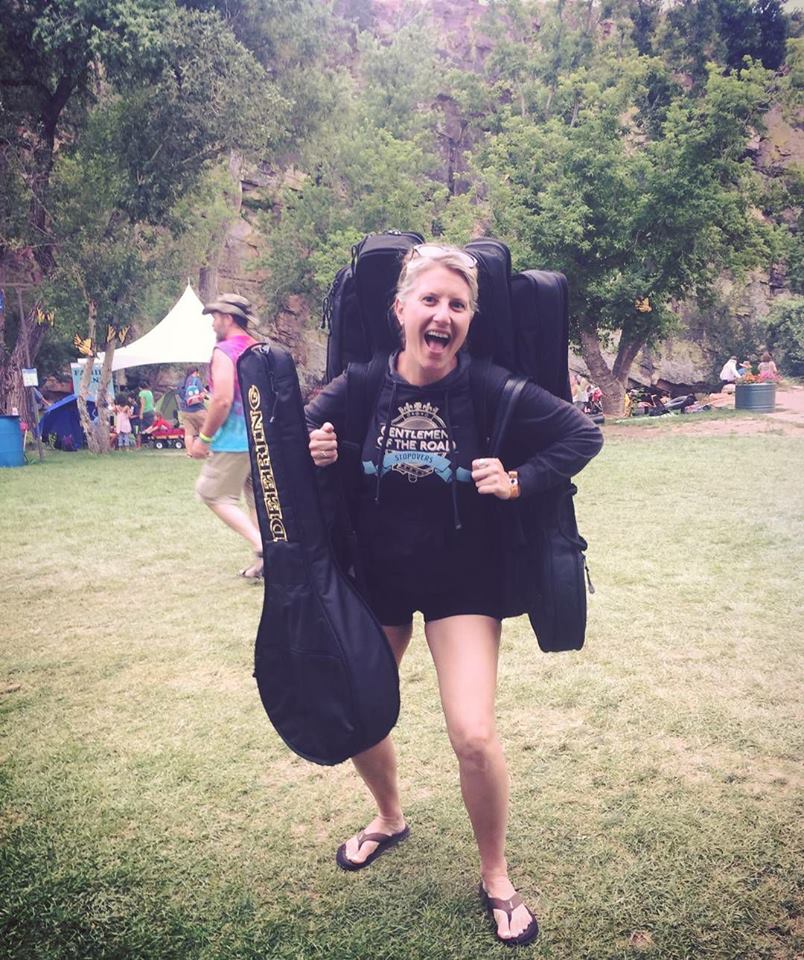 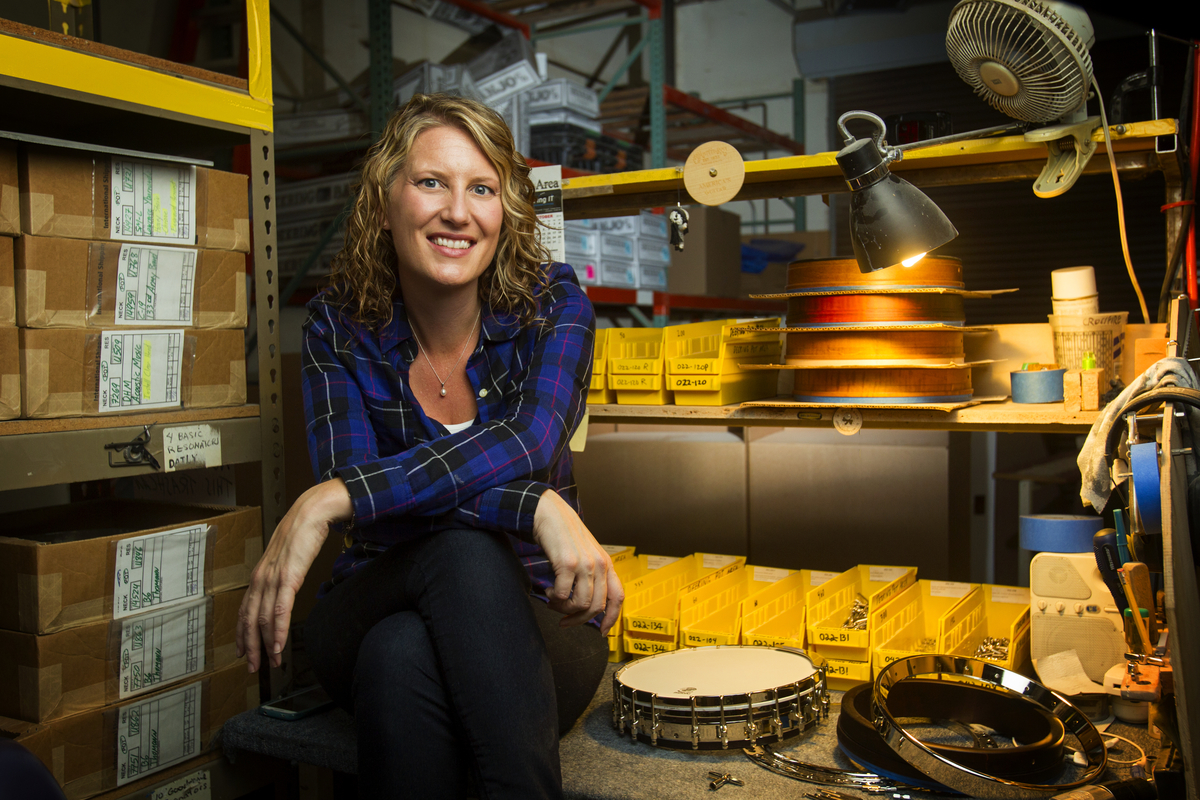 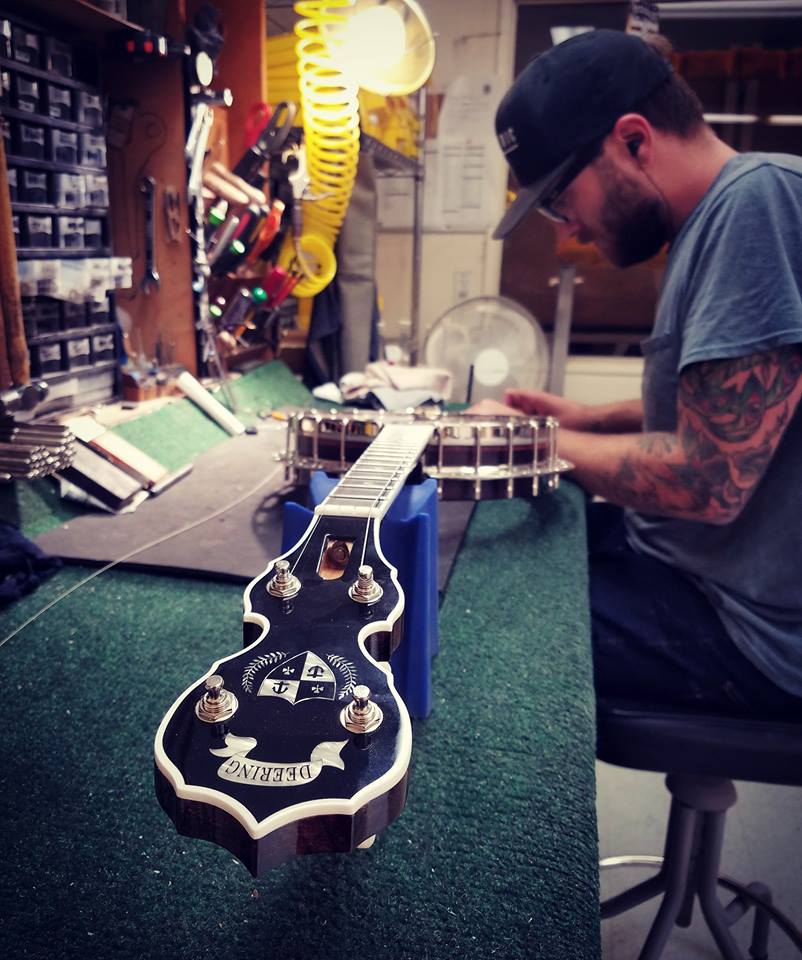 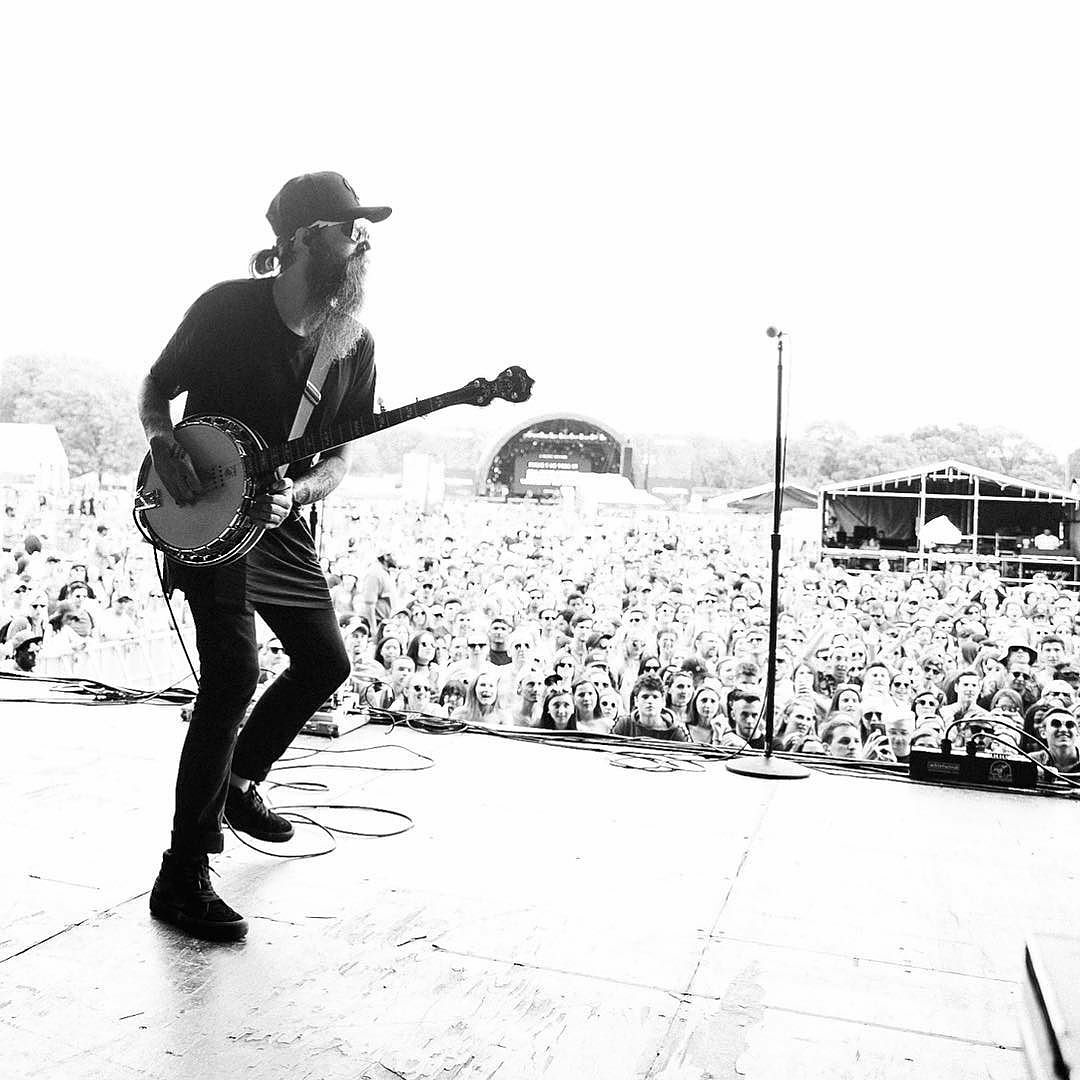