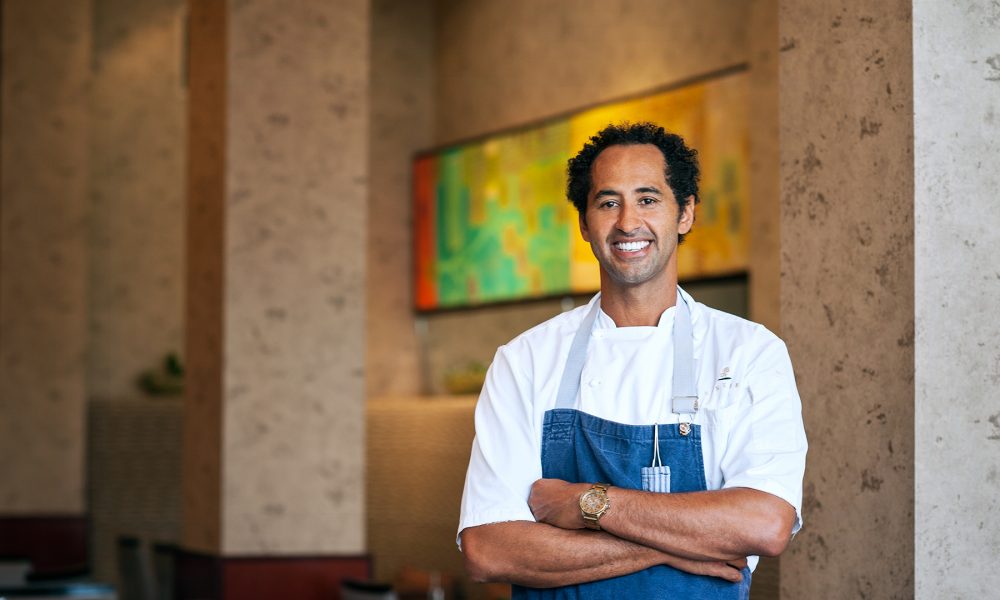 Today we’d like to introduce you to Jason Knibb.

Jason, let’s start with your story. We’d love to hear how you got started and how the journey has been so far.
Jason Knibb has spent more than a decade as Executive Chef at La Jolla’s NINE-TEN Restaurant. With so many other chefs racing from kitchen to kitchen, he is an anomaly, crediting the longevity of his position to a combination of “working with good people and being allowed the creative freedom to lead the ship”.

Born in Montego Bay, Jamaica, Jason came to the United States when he was nine years old and grew up in the Los Angeles area. He didn’t attend culinary school, but instead put in his time rising through the ranks and learning his craft in the kitchens of some of the most celebrated chefs in the country. He discovered a love of cooking, almost by accident, when he was a 17 year old busboy at a local restaurant. “The kitchen was short staffed one night,” he remembers. “They asked me to fill in, and suddenly, it all felt really natural and I knew that this was something I could and wanted to do.” The real eye opener came when he had the opportunity to train under Wolfgang Puck at Eureka Restaurant in Los Angeles when he was in his early 20s. “It was just so inspiring to experience the passion the other cooks brought to the process.”

After leaving Eureka, Jason assisted famed Roy Yamaguchi with the opening of Roy’s Kahana Bar & Grill in Maui. After returning to Southern California, he accepted the position of Chef Tournant under Hans Rockenwagner at Rockenwagner’s in Santa Monica and the popular Rox restaurant in Beverly Hills. Venturing north, Knibb took over as Sous Chef at the San Francisco eatery, Moose’s Café. He left San Francisco to oversee the opening of Malibu in Warsaw, Poland, where he trained the restaurant’s kitchen staff and created its California Cuisine menus. Jason returned to the U.S. in 1996 to become Sous Chef at Joe’s Restaurant in Venice, California. Following a successful two-year endeavor at Joe’s, he landed in Sundance, Utah where he worked for La Jolla’s own Trey Foshee at the famed Tree Room, taking over the position of Executive Chef after Trey’s departure. To this day, Jason cites Trey as having the biggest influence on his cooking style.

“Each of my mentors has a simple common philosophy about cooking, which translates into my style today,” he says. “We each create regional cuisine using the freshest, local products available. I find the most culinary pleasure in blending an eclectic mix of classic techniques with modern styles inspired by the ethnic diversities of San Diego. I couple that with my own vision of new American cuisine by taking traditional dishes and giving them a simple, elegant twist.”

A recognized name in culinary circles across the country and universally acknowledged to be among the top chefs in Southern California for his consistently exquisite food and artistic presentations, Jason has amassed many awards and accolades for his style and cuisine. Most notably: Zagat Survey® Food Score of 25 (very good to excellent); a 2014 “Best Chef in San Diego” Critic’s Choice Award by San Diego Magazine; Gayot’s Top 10 Molecular Restaurants in the U.S.; Zagat’s Top 10 Restaurants in San Diego; and a Rising Star Chef Winner/StarChefs (one of only 2 chefs in San Diego to be recognized for this coveted honor), to name just a few. He has also been featured in Food & Wine magazine, Sunset magazine and Jamaican Airlines Magazine’s in-flight publication, Sky Magazine and has frequently appeared as a guest chef at the James Beard House, as well as The Food Network’s “Cooking Live with Sara Moulton” and a featured chef on Bobby Flay’s “Food Nation – Best of Utah” program.

In November of 2011, Jason was a contender on the Food Network’s Iron Chef America, battling Bobby Flay in a seafood/caviar showdown. This showing was the first time a San Diego chef had been invited to compete on Iron Chef, marking yet another significant milestone in his culinary career.

Overall, has it been relatively smooth? If not, what were some of the struggles along the way?
I actually never attended culinary school. I was just lucky enough to work in some great restaurants and kitchens in Los Angeles and beyond just learning and working my way up the ladder and alongside some great mentors. I have bought a lot of cookbooks over the years and spent a lot of time reading about the fundamentals of cooking. As I worked my way up and through these kitchens, I learned and practiced this basic skills I read about and learned how to do them very well. But it’s a long learning process and I’m still learning.

Alright – so let’s talk business. Tell us about NINE-TEN Restaurant – what should we know?
Located in a spot that boasts more than a century of memories, NINE-TEN Restaurant celebrates 15 years as one of San Diego’s pioneer ‘farm-to-table’ restaurants with nationally-acclaimed Chef Jason Knibb at the helm.

Opened on July 17, 2001, NINE-TEN quickly became one of the regions finest dining establishments. Holding the reins is Executive Chef, Jason Knibb, who boasts an abundance of industry honors including “San Diego’s Chef of the Year”, awarded by the California Restaurant Association. He was also a competitor on Iron Chef America, battling Bobby Flay in a seafood showdown. Add to that on-site Pastry Chef, Jose Alonzo III, and a very long list of awards and accolades, the restaurant offers the perfect combination of sophistication and casual elegance, making it a must visit for culinary aficionados.

“It’s wonderful to see how much San Diego’s culinary scene has changed over the years,” said Knibb, who, after working in renowned restaurants across the western region and under the culinary expertise of some of the country’s most acclaimed chefs, took the reins at NINE-TEN in September 2003. “More than a decade ago, NINE-TEN opened with its ‘farm-to-table’ concept, which today continues to evolve, yet remains true to its foundation of emphasizing fresh, local products and culinary sustainability. I have to thank the staff and community for the continued support, many who have stayed loyal since the beginning.”

NINE-TEN’s history dates back to 1926. Originally, the spot where the restaurant now sits was formerly the La Jolla Drugstore. In 1926, the store was purchased by Kansas native Silas O. Putnam, and moved inside the adjacent Colonial Hotel’s main building. Putnam had spent one winter in Southern California’s temperate climate and decided to make La Jolla his home. After he bought the drugstore and moved it to its new home, he added an ice cream parlor on the sidewalk that served up chocolate sodas and banana splits. The drugstore became a prime location for locals to gather, talk and watch the few passers-by. The pharmacist, employed by Putnam, considered it a big day if he filled more than three prescriptions. Well loved by the townspeople, the pharmacist was also the father of Gregory Peck. Peck, who grew up in La Jolla, eventually left for Hollywood and became a movie star.

In 1980, the space once occupied by Putnam’s drugstore became Putnam’s Grille, which quickly became a local La Jolla landmark. Reflecting the La Jolla of the 1920s, the restaurant was redesigned to feature dark wood paneling, wrought iron chandeliers and ceiling fans, oak dining sets and large picture windows that created an open, fluid environment. The original soda fountain was replaced with a mirrored back bar and alcoholic beverages were served instead of ice cream sodas. The restaurant also stayed true to its heritage by offering diners sidewalk seating, continuing the tradition of the past 65 years. Then in February of 2001, Putnam’s Grille closed its doors and six months later opened as NINE-TEN.

“We’ve come a long way since opening, continuing to evolve our market cuisine into what it has become today,” added Chef Knibb.

Today, NINE-TEN offers the perfect combination of sophistication and casual elegance. Showcasing a recently completed renovation of the dining room, bar, and two outdoor dining areas, diners enjoy the best of the harvest from local farmers, where produce is selected daily for the restaurant’s evolving California cuisine. The bounty of the sea is also featured with local fish selections and items arriving daily from Hawaii and the North Pacific and North Atlantic regions. Special prix fixe menus are available and feature matching wines from the extensive, Wine Spectator-recognized wine cellar. NINE-TEN is open for breakfast and lunch daily and dinner nightly. Happy Hour is offered every Monday through Friday from 3:30 p.m. to 6:30 p.m. and features drink specials and a half-priced bar food menu. Reservations are recommended and can be made by calling (858) 964-5400 or online at www.nine-ten.com.

Any shoutouts? Who else deserves credit in this story – who has played a meaningful role?
Definitely my staff. I have a great team here in the kitchen and everyone plays a huge part in the product we deliver to our guests. From my sous chef down to my line cooks, it’s a family and we’re all constantly trying to make each other the best we can each be. 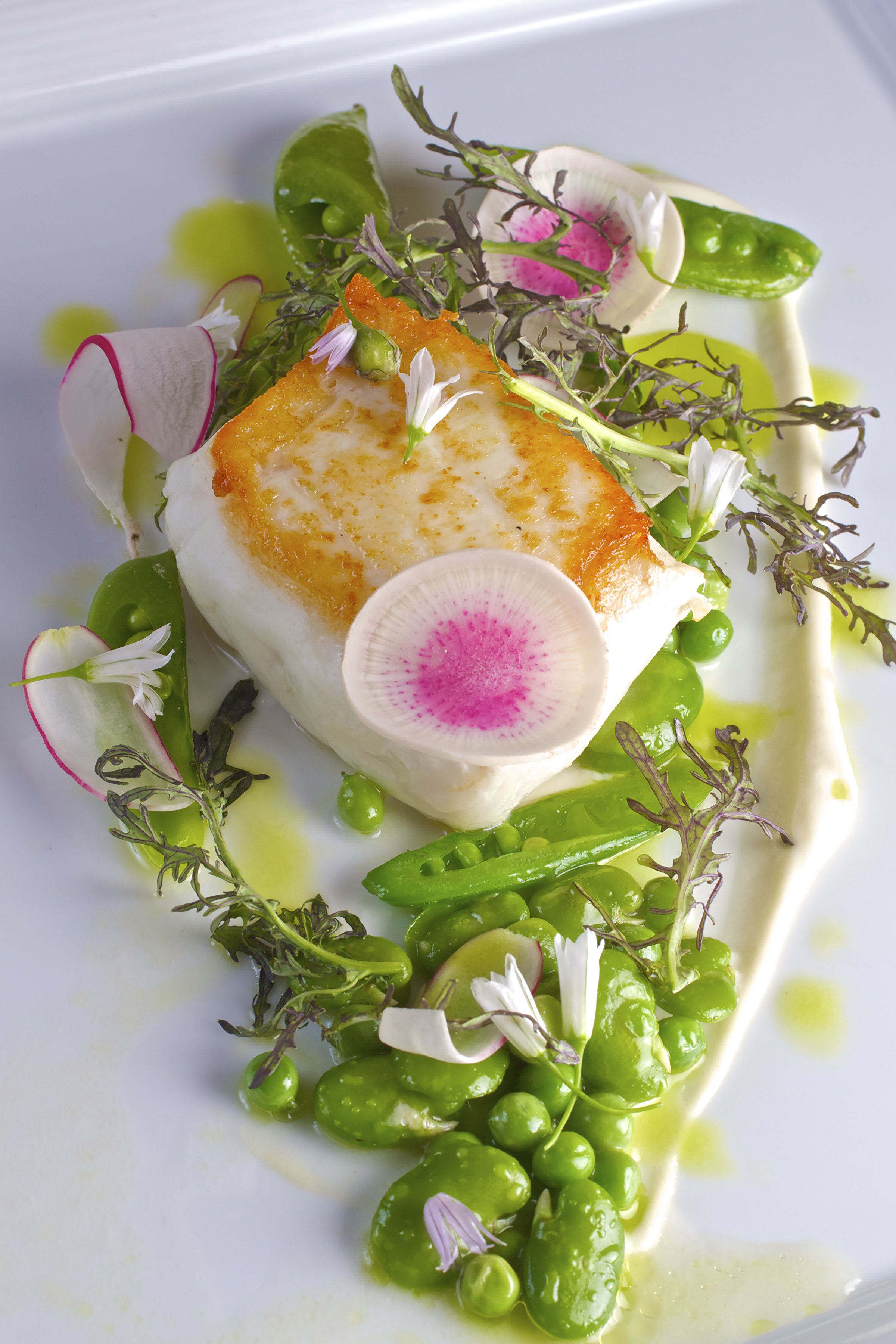 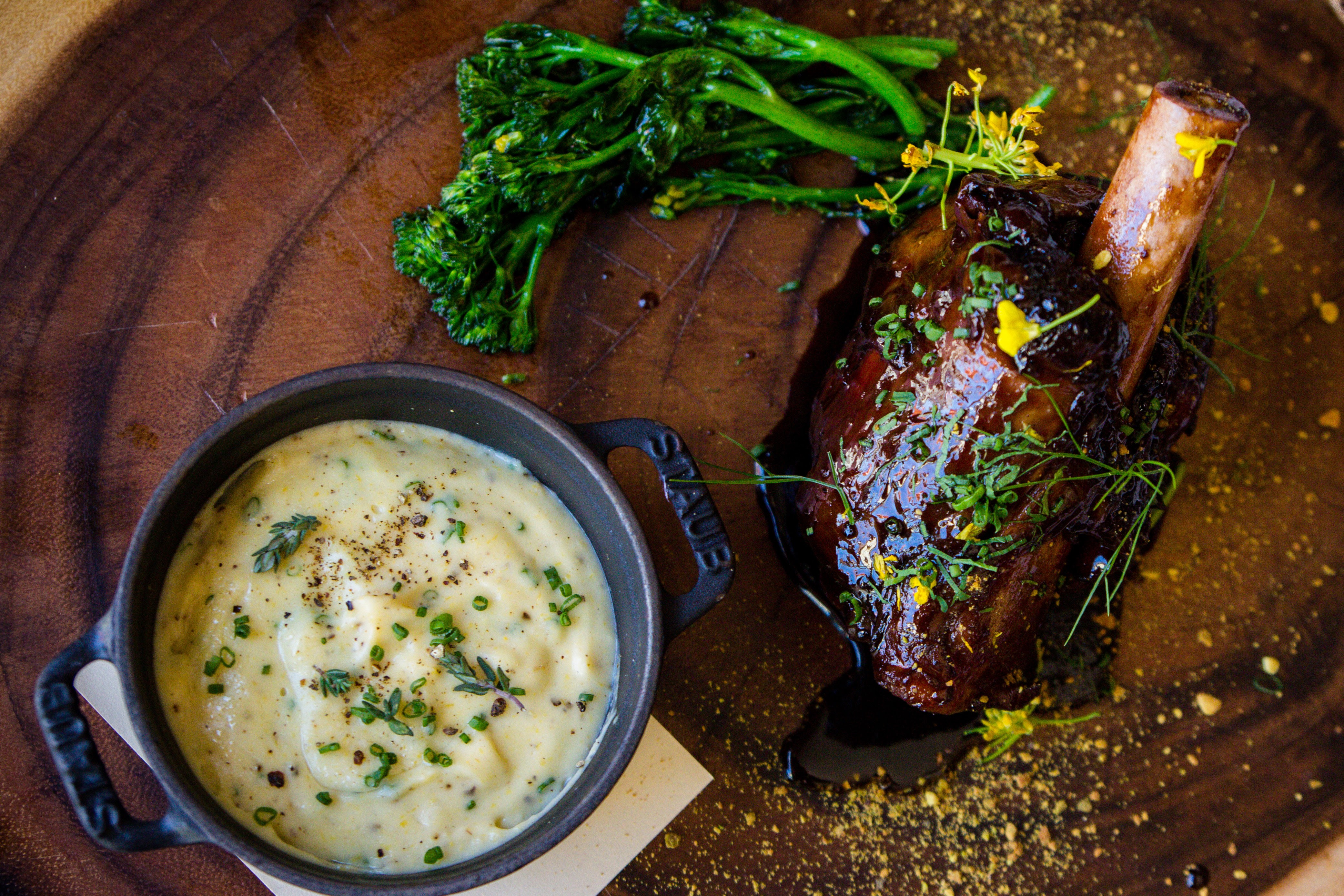 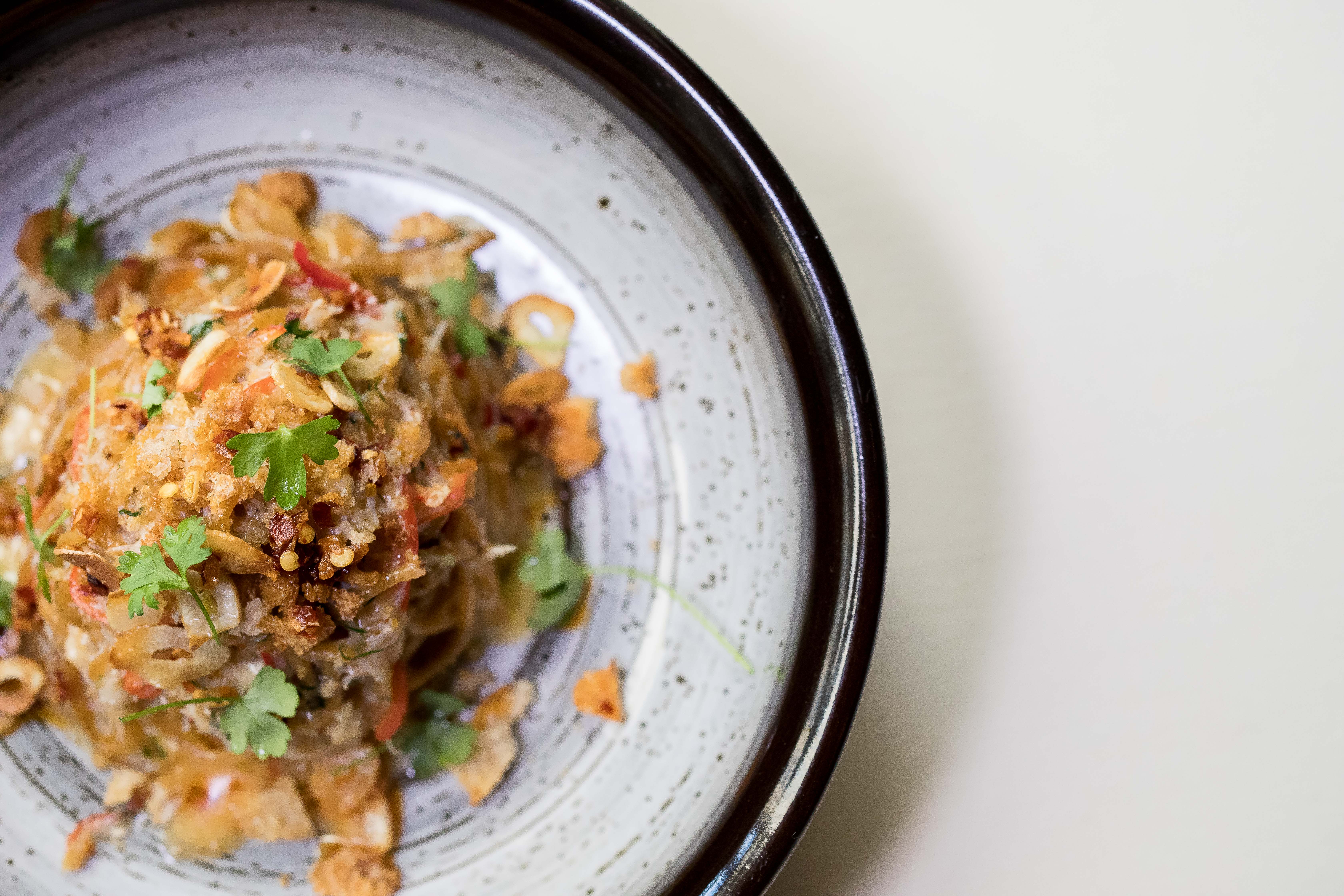 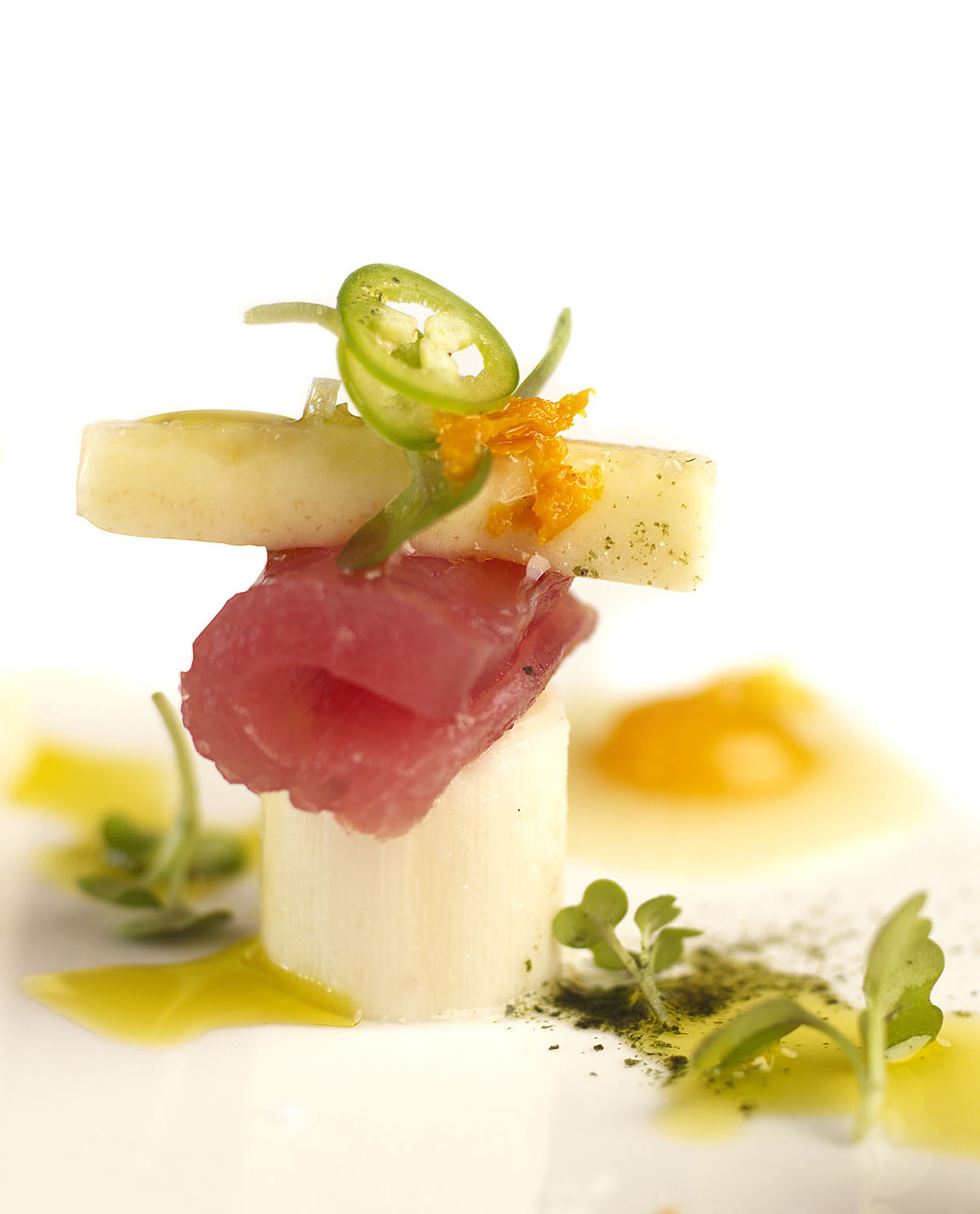 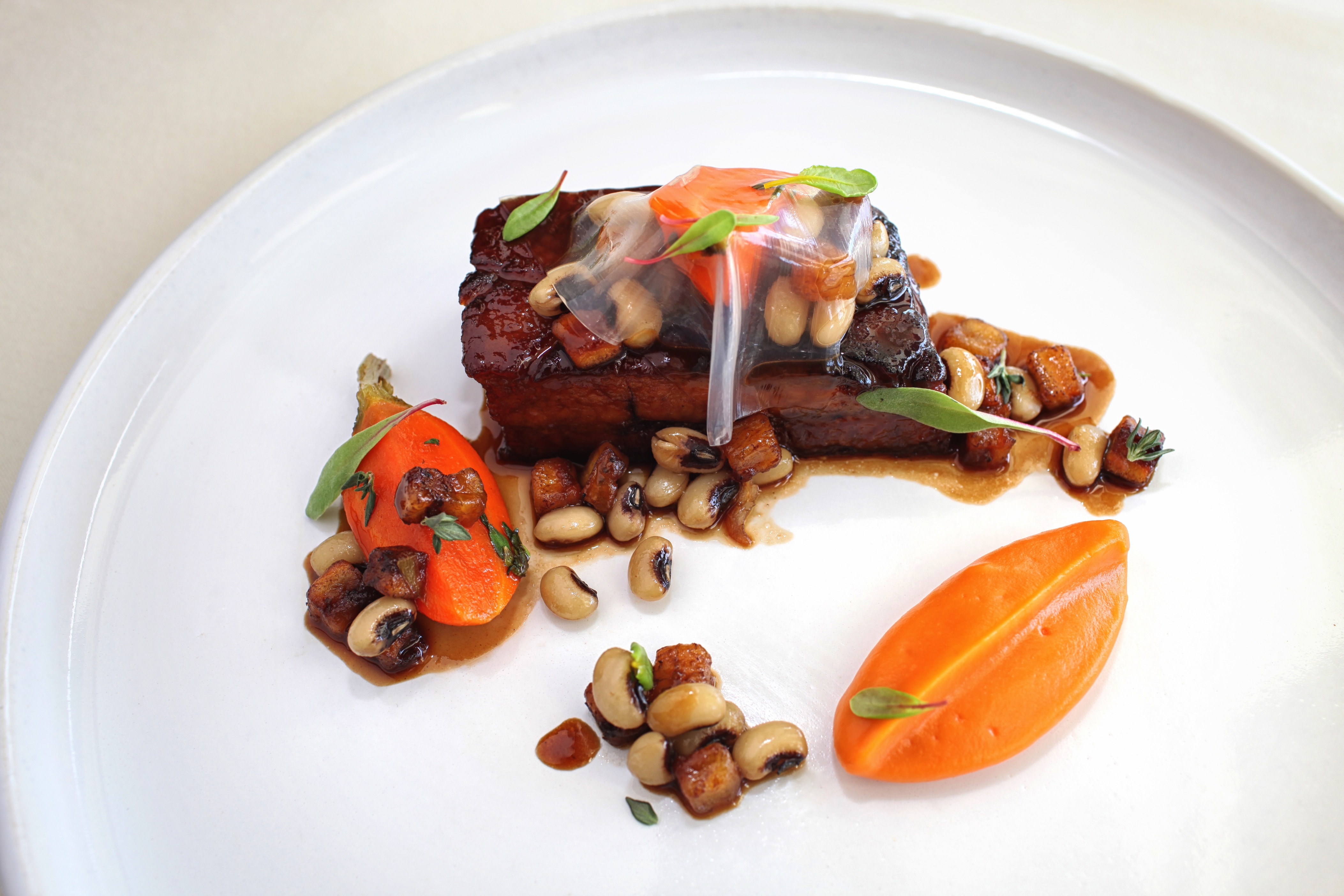 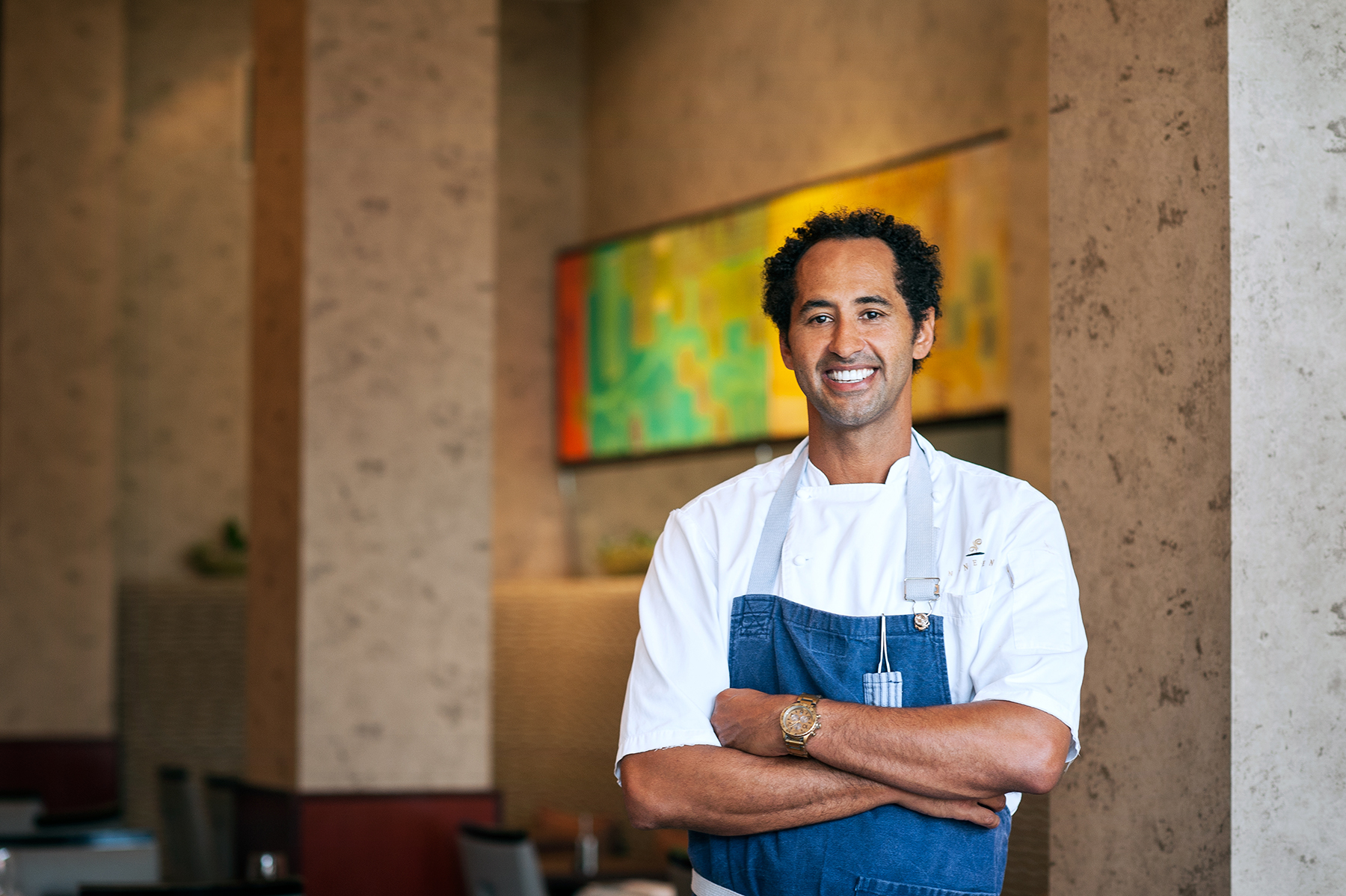 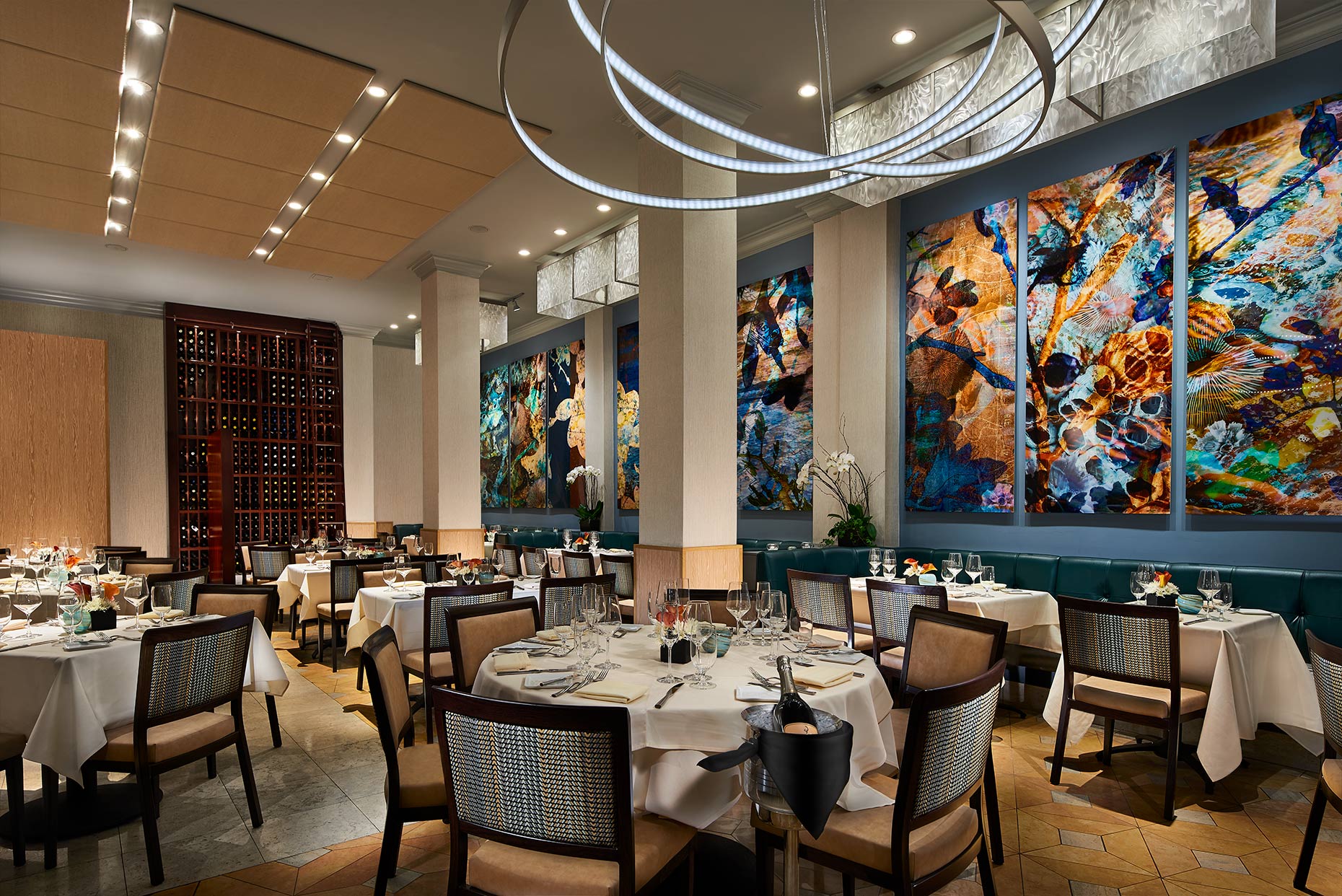 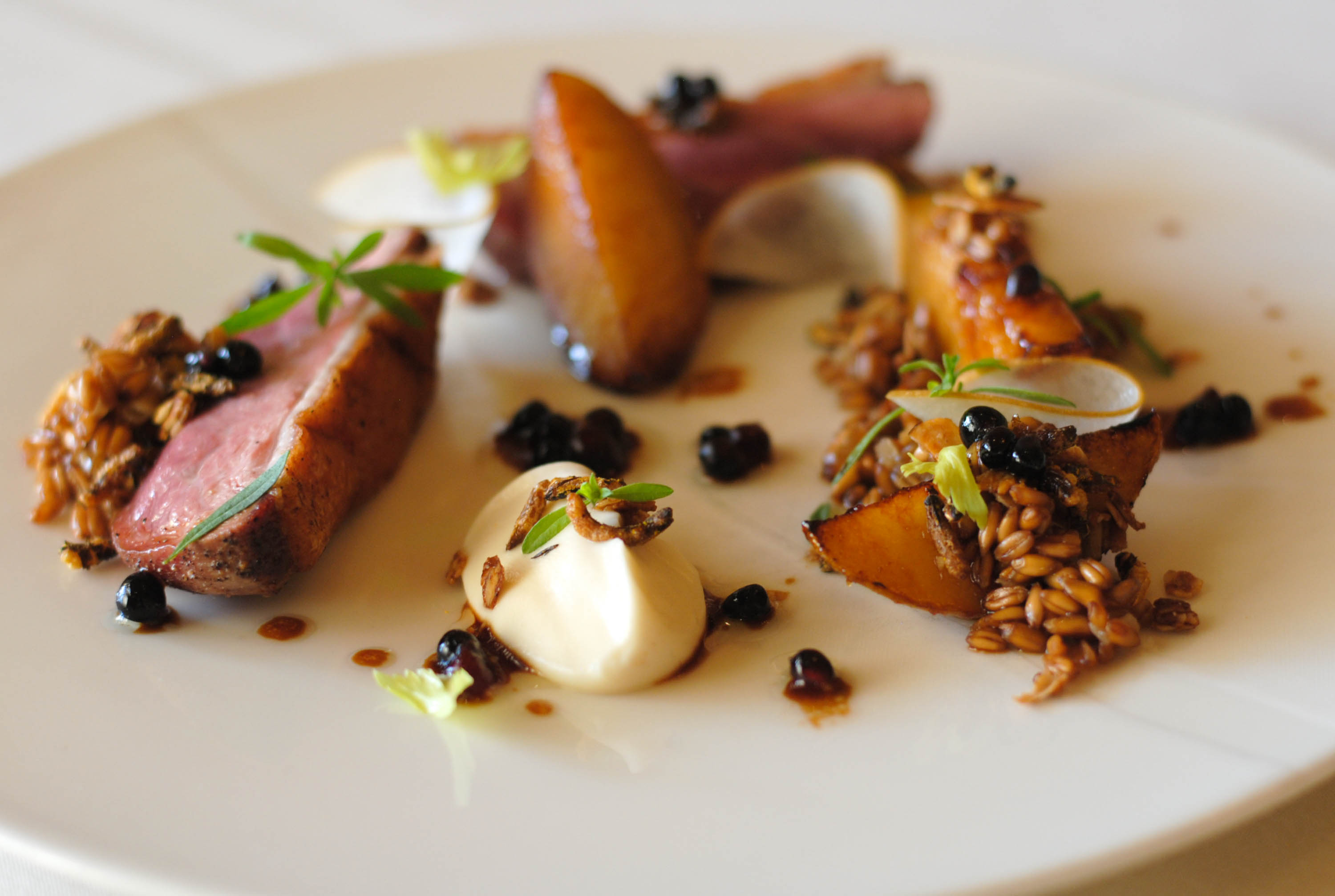