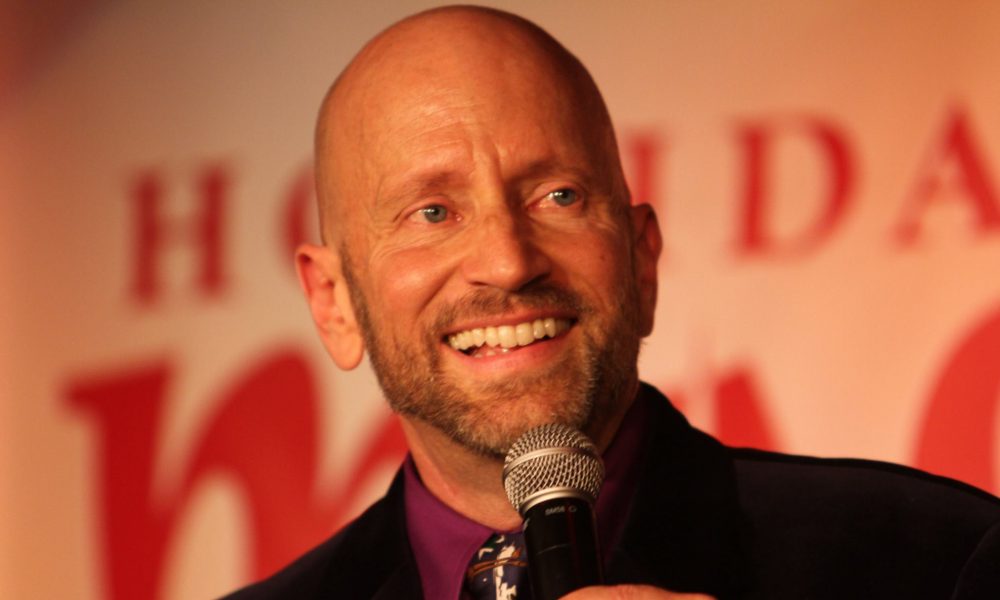 Today we’d like to introduce you to Jeff Gelder.

The first CD was produced in 2003, when professional voice actor and Albuquerque native Jeff Gelder was tasked in a Landmark Education class to come up with a project that would enhance the community and ultimately take on a life of its own.

That’s just what has happened, as Gelder now fields many inquiries about the CD all year long. The project consists of several elements that include solicitation for song submissions, the writing, and casting of the Jeffery and Santa tale, selecting the winners for the CD radio show. Putting the elements altogether and sending them to Edge Studio in NYC who voluntarily professionally produces the compilation with music backgrounds and sound effects.

There is also an annual event called “An Evening of Holiday Magic” CD radio show release fundraising gala that takes place at Martinis Above Fourth in Hillcrest. As a thank you to the talent on the CD who are invited to perform live at a 3-course dinner complete with silent auction, and a photo booth with Santa and other fun holiday surprises! This is an event not to be missed, says Gelder. We generally have one or two other fundraisers throughout the year including the Hike for Holiday Magic in the early Fall, which is for the entire family to enjoy. This year we hiked/walked the seven bridges of San Diego around Balboa Park.

“For the 2018 season we hope to once again have CDs for Children’s Hospital’s in San Diego, Milwaukee, Albuquerque, Orange, New Orleans, Houston, Los Angeles, Palo Alto, Madera, Wilmington, Oakland, Omaha, Providence, St. Louis, Greenville, NC, Greenville, SC, Raleigh, Aurora, Cleaveland, Minneapolis, Detroit, Fargo, Duluth, plus Singapore, Asia, Newcastle Upon Tyne and London, England and more! When the CDs are ready, we have a shipping party where volunteers gather to address, label and take the boxes to FedEx for shipping.

Here are the details… Through the generous donations of several singers and actors, we are creating the 16th annual compilation recording titled “Holiday Magic, A Gift for Children of all Ages 2018 CD radio show.” The tale is shared by Jeffery the reindeer, voiced by Gelder, and Santa Claus, voice by Phillip Tanzilo, as they make their way from the North Pole to visit the children. They are joined by Jeffery’s cousin Carlito, voiced by Greg Dehm,  who lives at the San Diego Wild Animal Park, Kate the adventurous reindeer from Milwaukee, voiced by Heather Martinez,  Mrs. Claus, voiced by Penny Abshire, Trixie the Jersey Reindeer, voiced by Teri Wilder, and Thalion, Master Elf, voiced by Marc Graue, who runs Santa’s workshop! Several of the professional voice talent reside in San Diego County.

Our 2018, Jeffery the surfer reindeer and Santa story revolves around Miracles and we’re introduced to the Sugar Plum Fairy, voiced by Martha Kahn. Our goal is to brighten the holidays for the children spending the season at Children’s Hospital’s and their siblings. Last year, nearly 10,000 copies of the CD were delivered to Children’s Hospitals internationally, and they were thrilled to have them and distribute them to their patients! In 2017, we converted the CD to digital downloads, by the suggestion of the kids, and we have added a 12-page activity/coloring book that goes with the download information.

This year’s goal is to produce and deliver 10,000 copies, which will be delivered around the country and to London and Singapore in December. Each year a minimum of 600 are delivered to Rady Children’s Hospital with a group of volunteers singing carols for the kids. An additional 1000 will be delivered to the Rady Children’s Hospital Auxiliary locations around the county. “This is a labor of love that is received with much joy by children who are unfortunately spending the holiday season in the hospital and their siblings, who often crave attention due to so much being given to the ailing member of their family,” Gelder said. “We appreciate all donations!

The more donations we receive, the more children that will be receiving a CD.” Thank you for your time and consideration, and make it a happy holiday season!

We’re always bombarded by how great it is to pursue your passion, etc. – but we’ve spoken with enough people to know that it’s not always easy. Overall, would you say things have been easy for you?
For the most part, yes it has been a smooth road. I have had some amazing people step forward to give of theirtime and talent. I can always use more board member talent and volunteers though. And of course additional donations and fundraising opportunities. The amount we can raise will determine how many children will receive the CD download and activity book. As they say, it takes a village!

So let’s switch gears a bit and go into the Children’s Holiday Magic Project, Inc. story. Tell us more about the business.
A big believer in the power and influence of the human voice, Jeff Gelder has been working in the professional voiceover industry for over 20 years. He is a voice actor and Emcee for GelderHead Audio Productions and Professional Member of World Voices International.

Jeff began his career in radio at Q106 in Albuquerque/Santa Fe and moved to southern California in 1987. His experience includes on-camera, live events and lots of time behind the mic. He has worked with clients that include Sony, ESPN, Dell, Jenny Craig, and Toyota and hosted his own radio show where he interviewed Olivia Newton-John, Ted Danson, Woody Harrelson, Rue McClanahan, Kristie Alley, and many more.

Among other achievements, Jeff is President & Founder of Children’s Holiday Magic Project Inc., a successful non-profit that began as a class project and benefits children who spend their holidays in the hospital. Jeff is also a Group Facilitator for a Business Networking Group in San Diego where up to 35 members meet on a weekly basis for networking and presentations.

Has luck played a meaningful role in your life and business?
Luck is an interesting word. I believe in the power of intentional thinking. Putting it out there and letting the Universe guide me to take action to make something a success. I do my best to listen to my inner voice before taking action. My favorite quote is: “Some things have to be believed to be seen.” 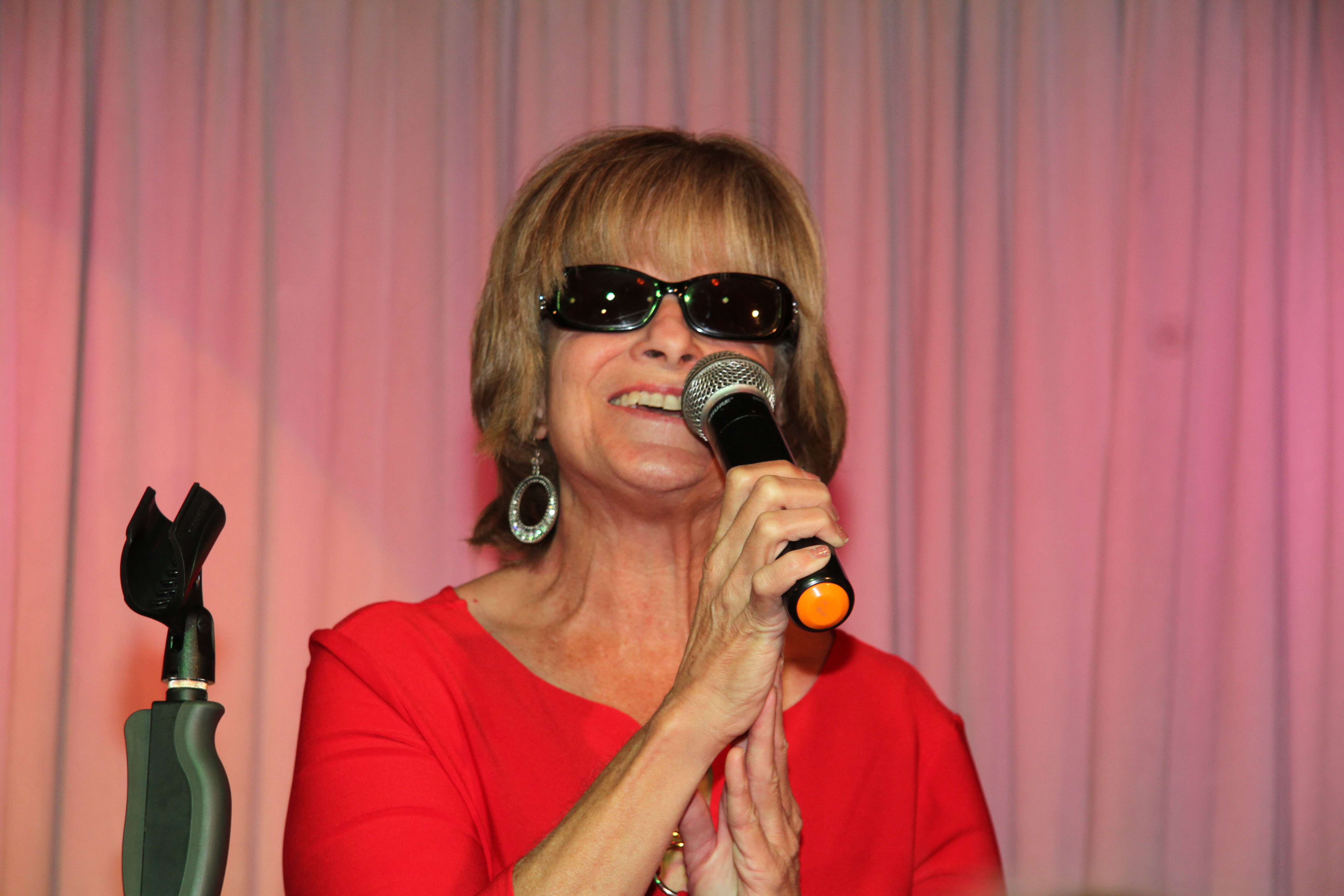 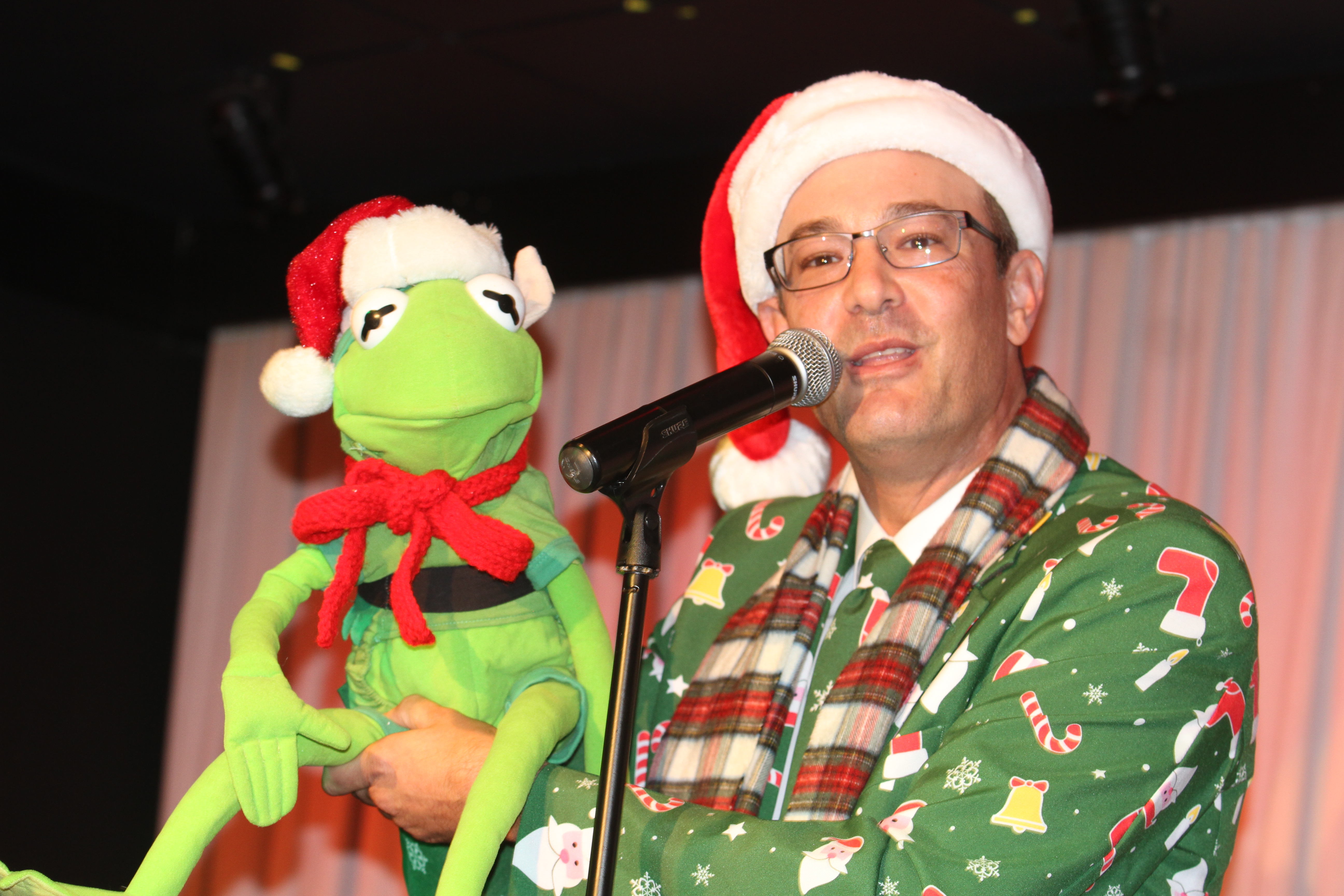 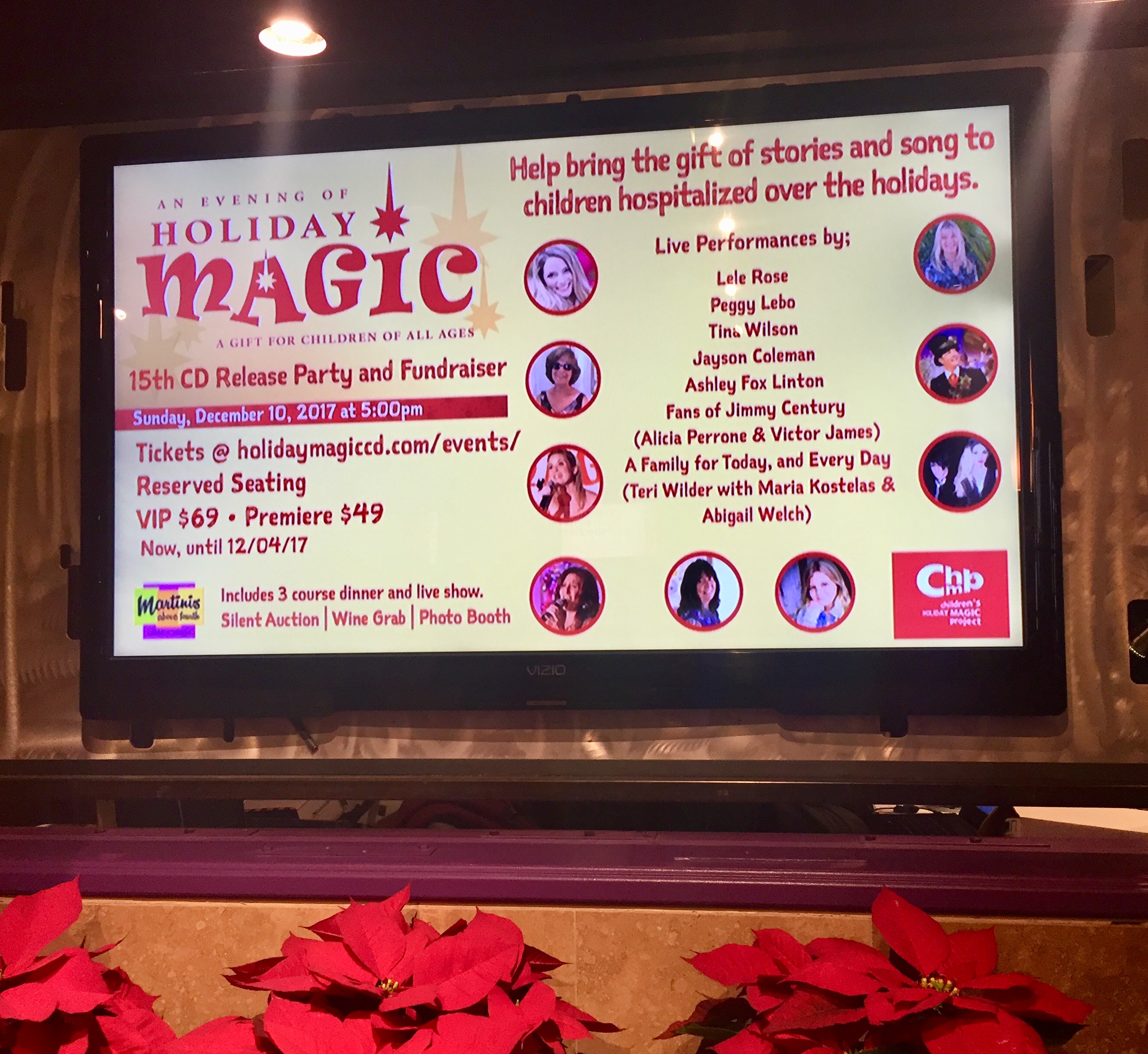 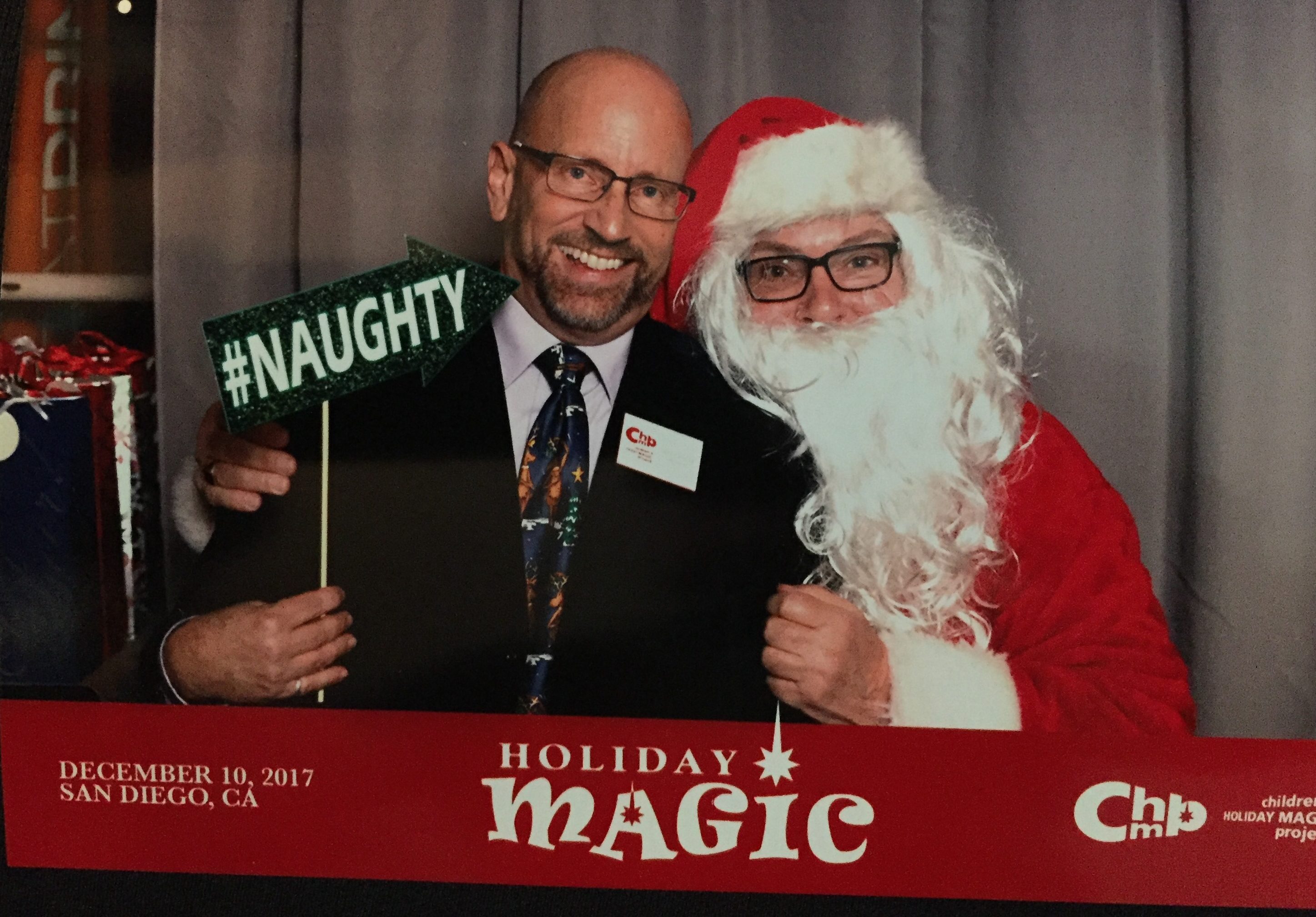 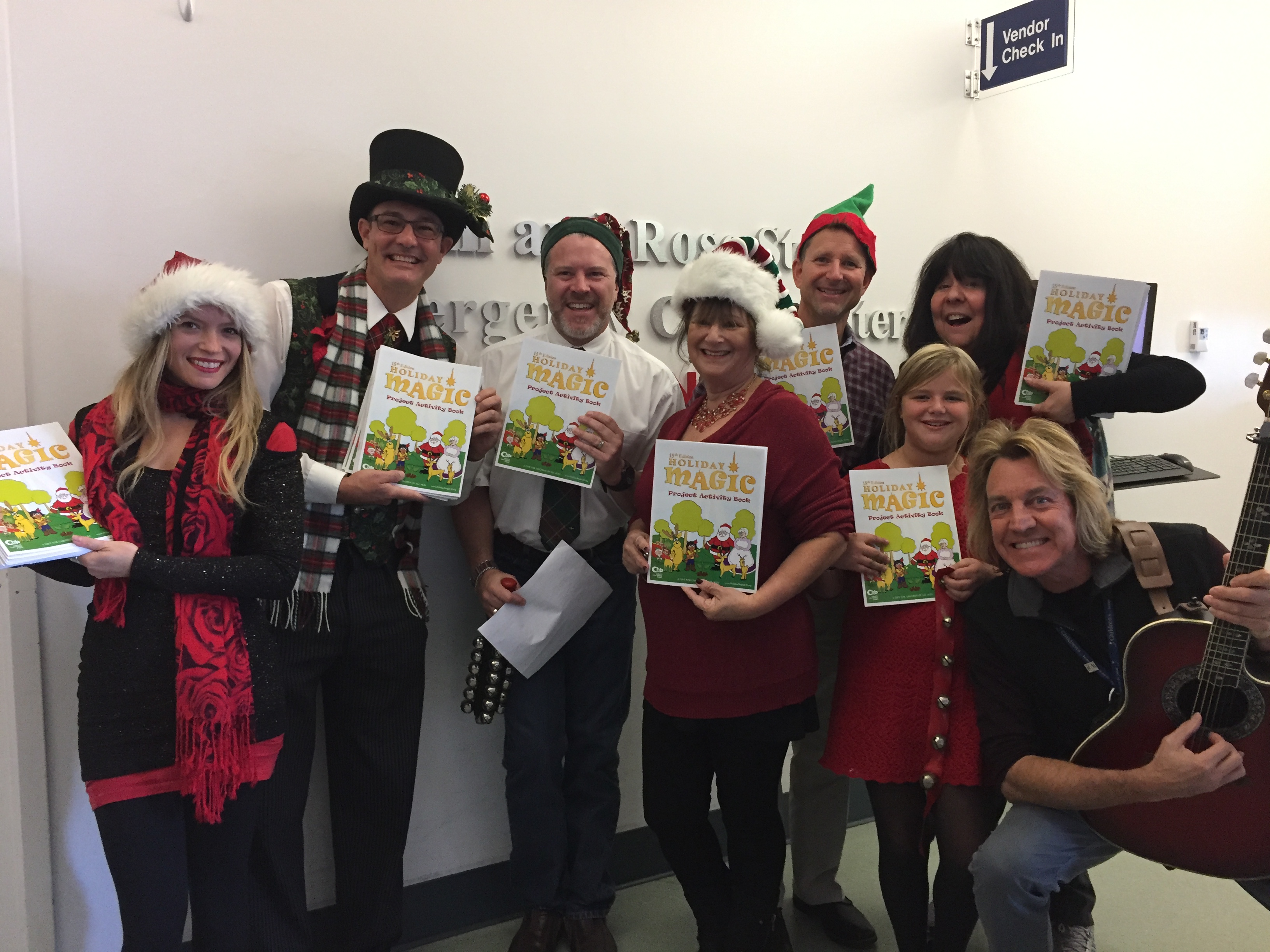 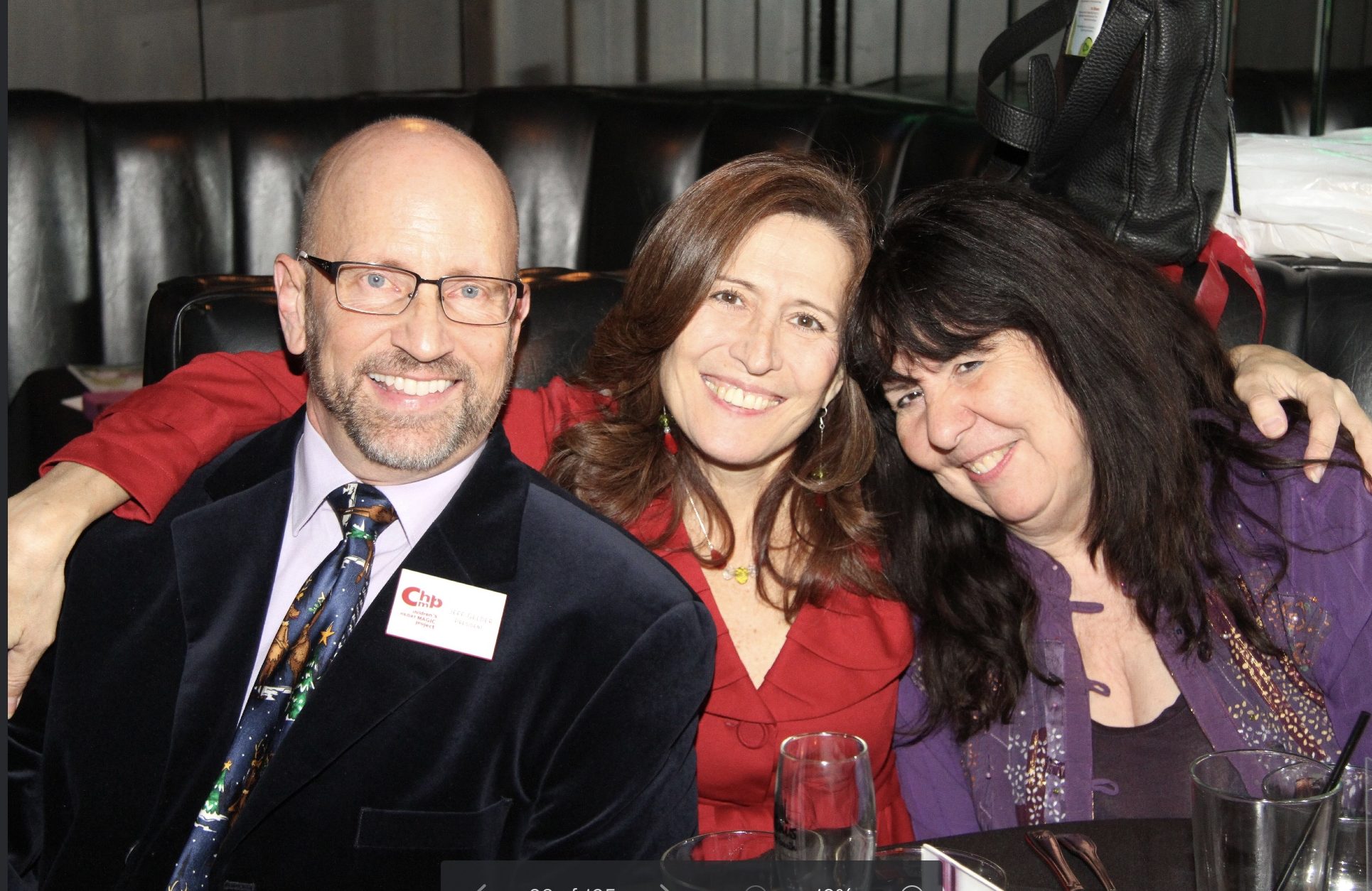 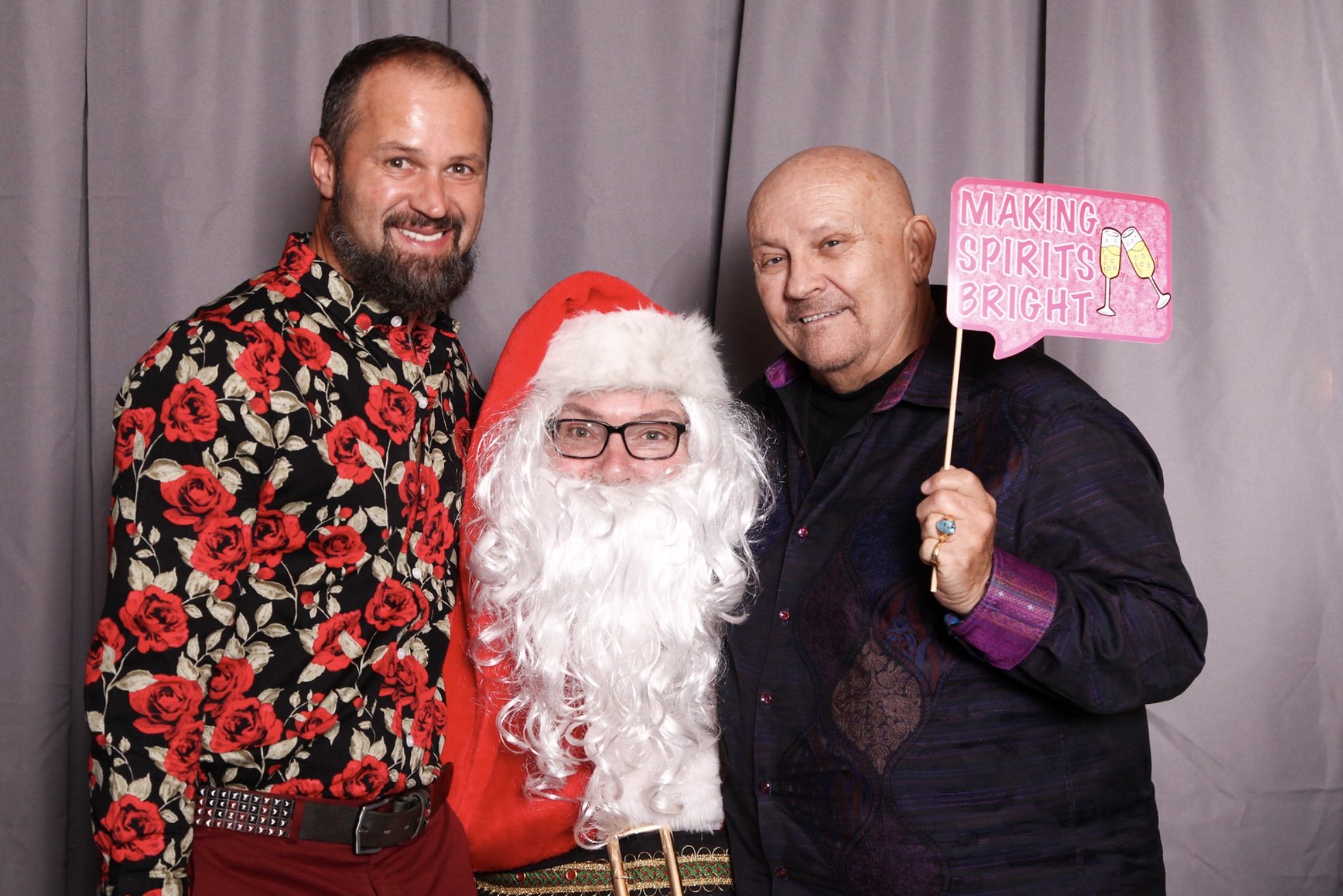 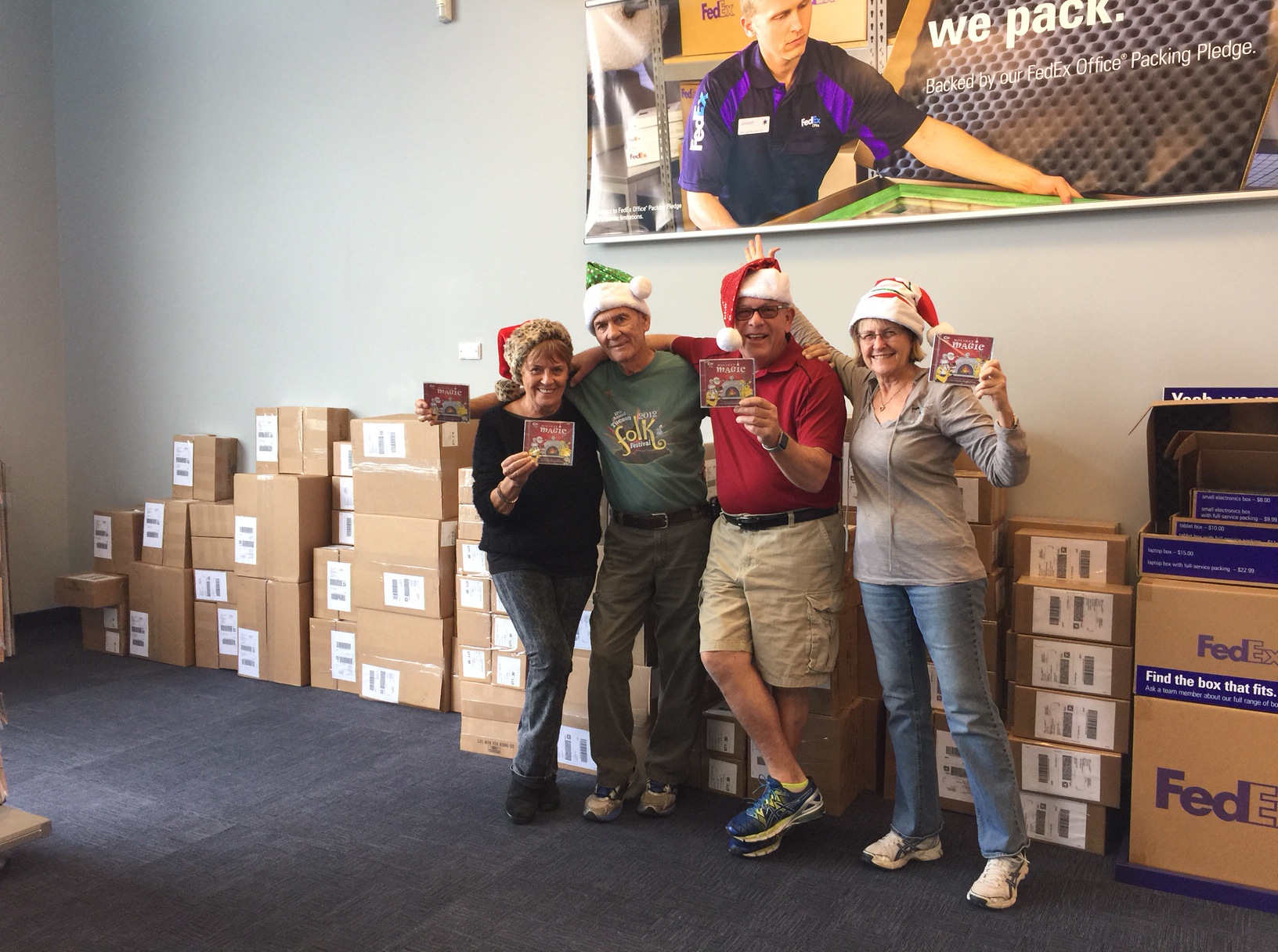 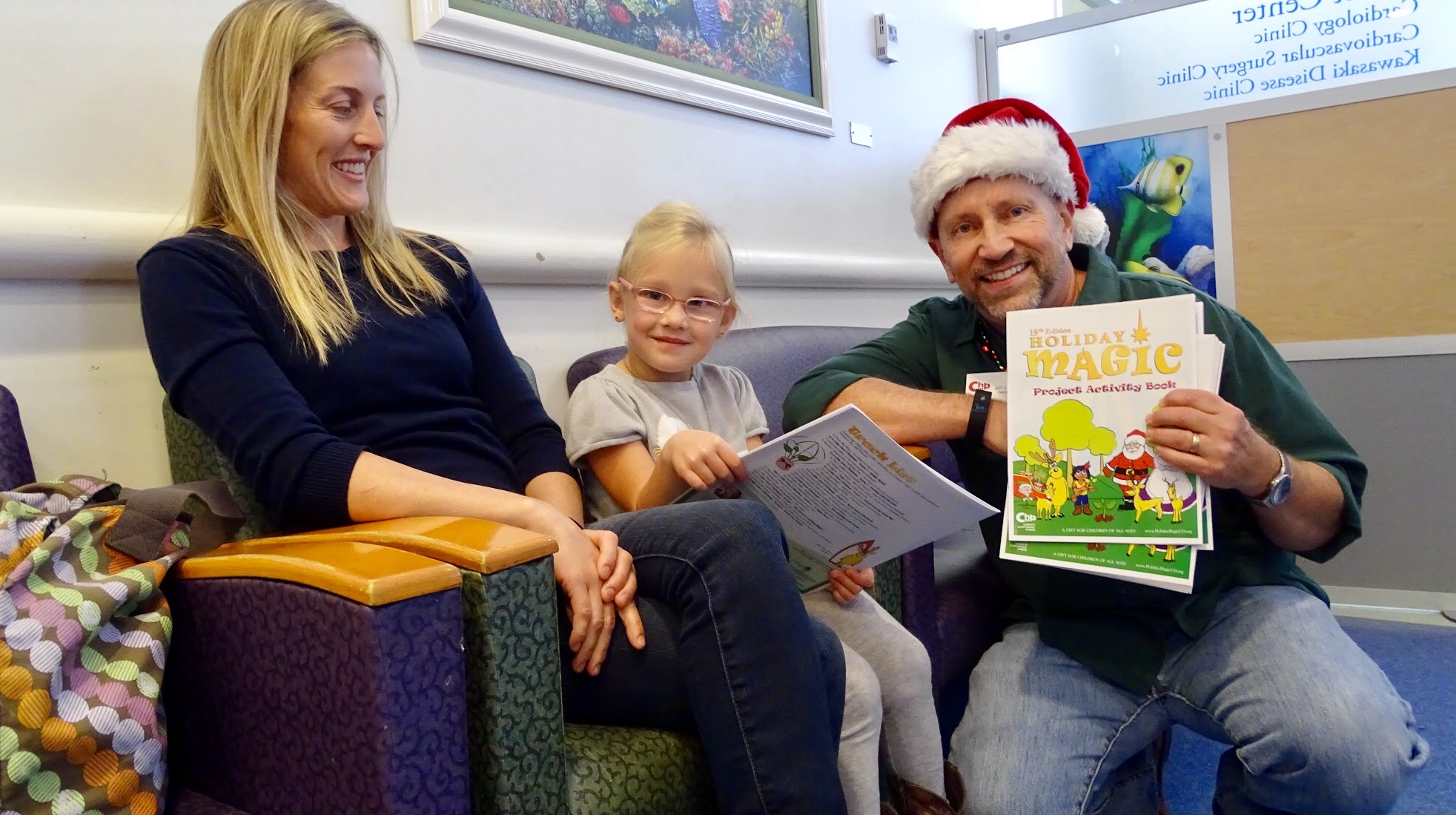 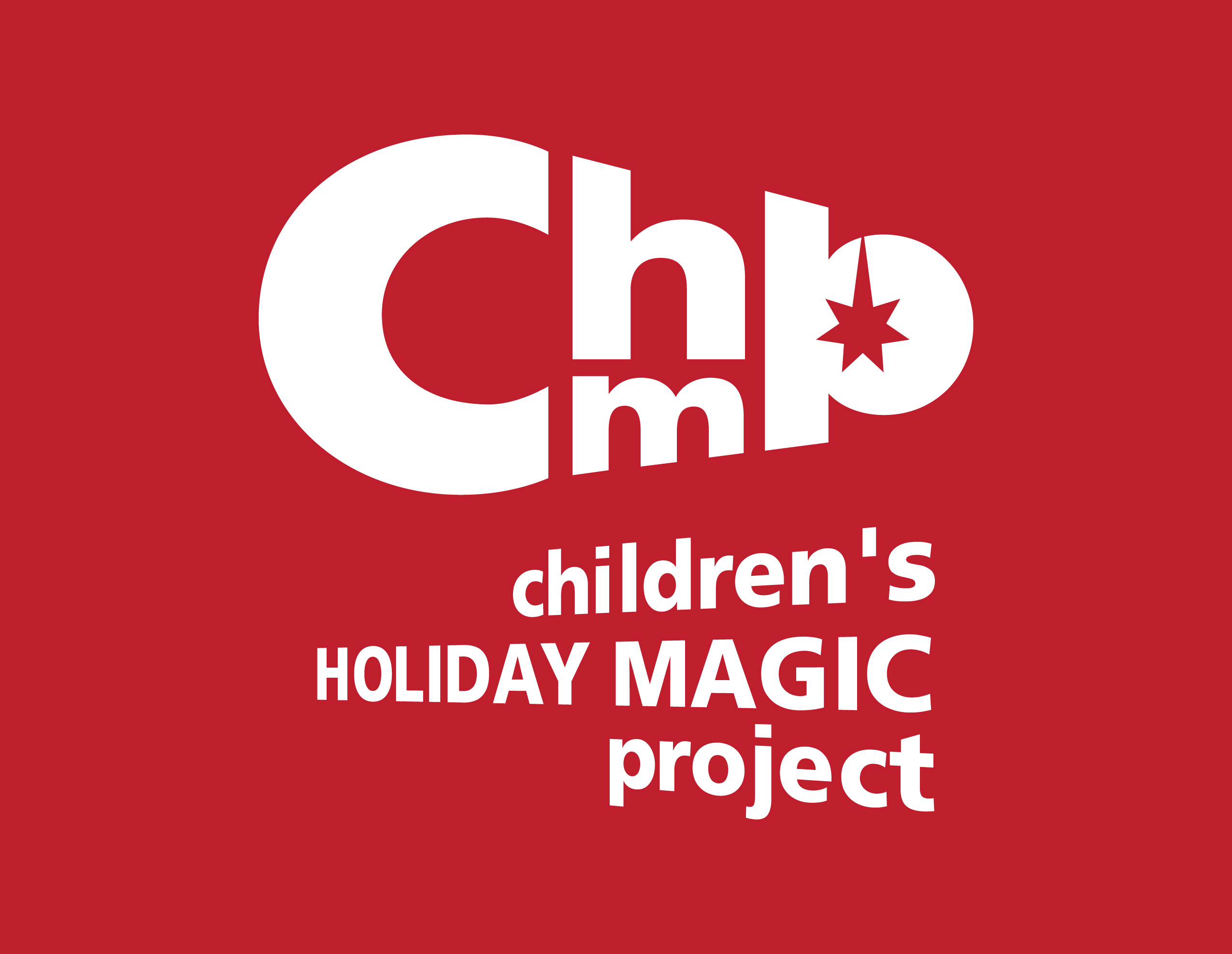 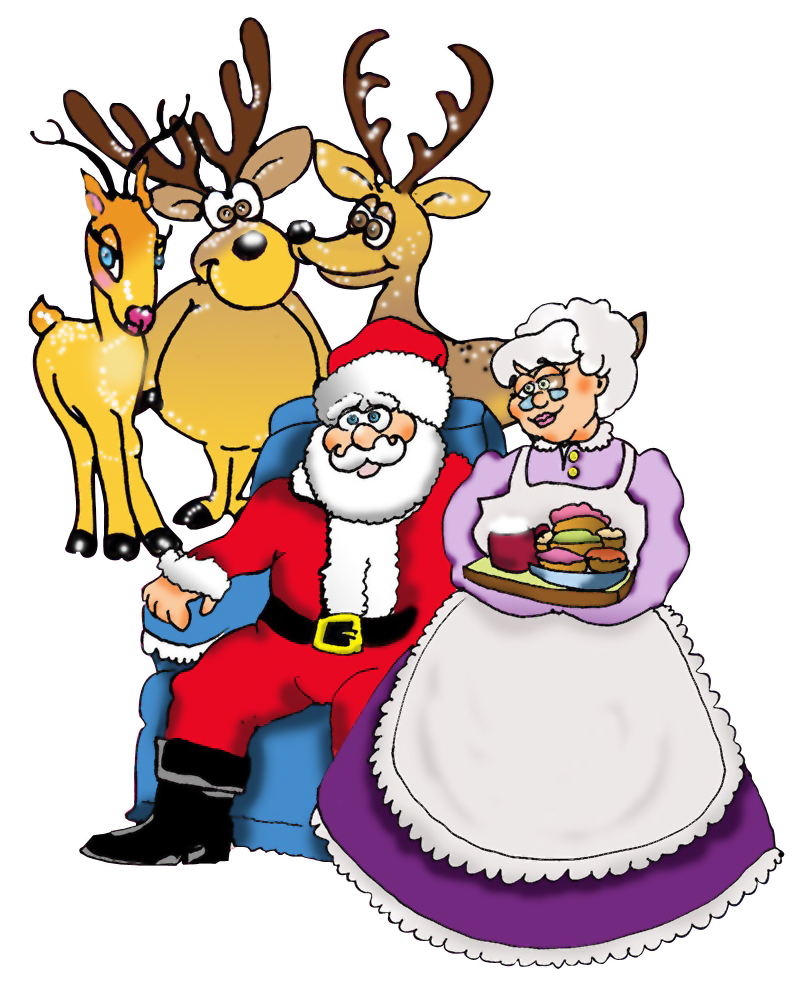 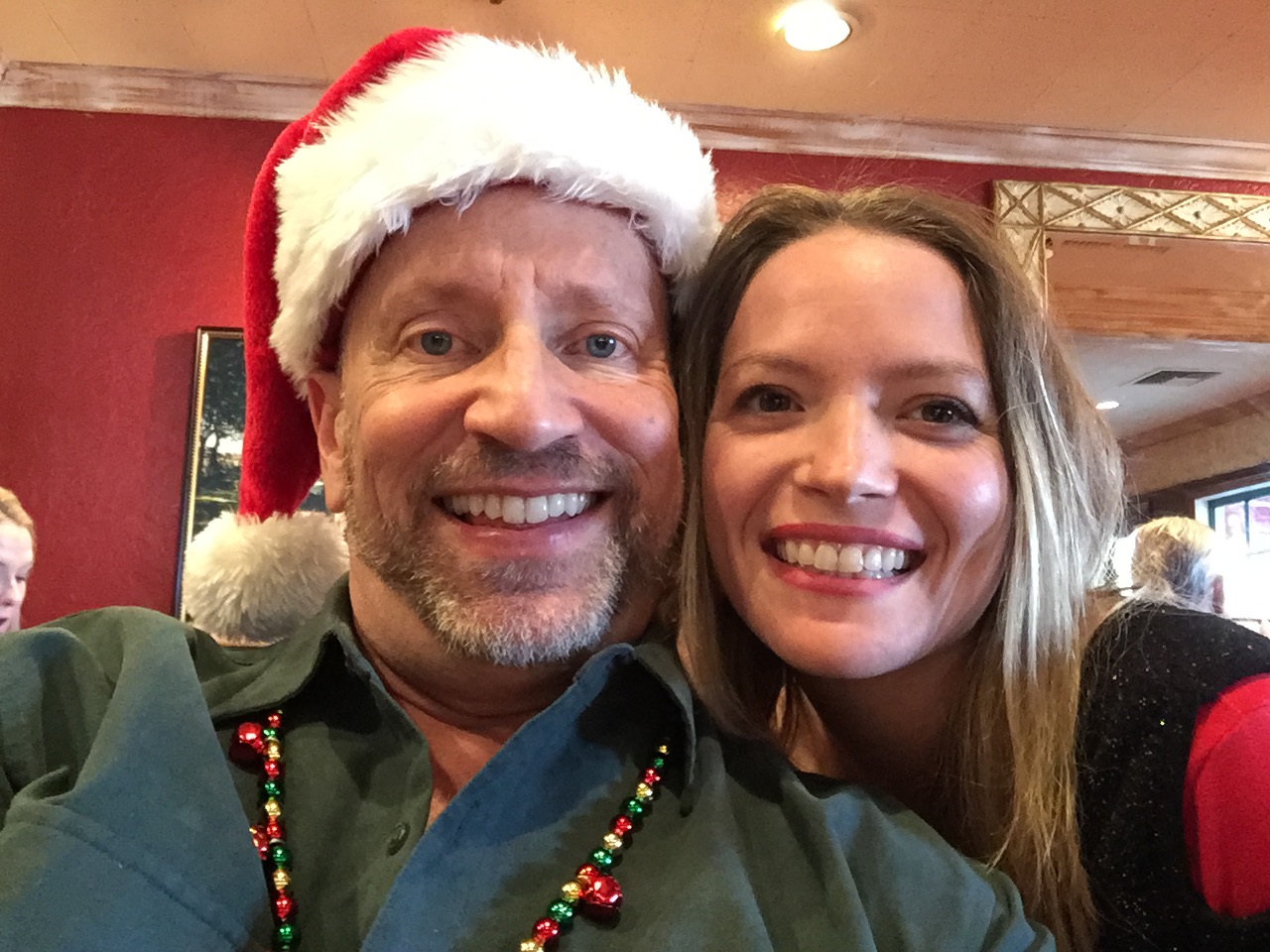 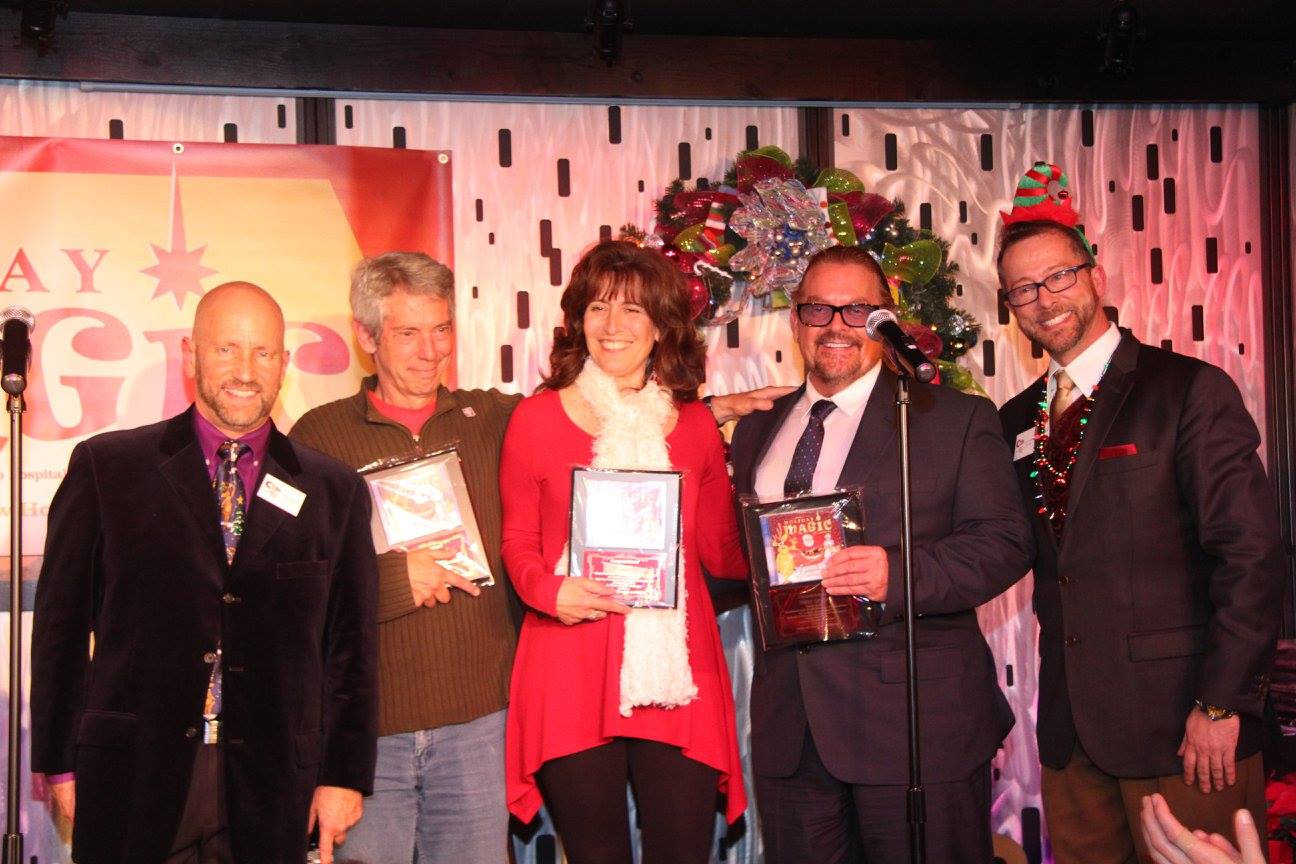 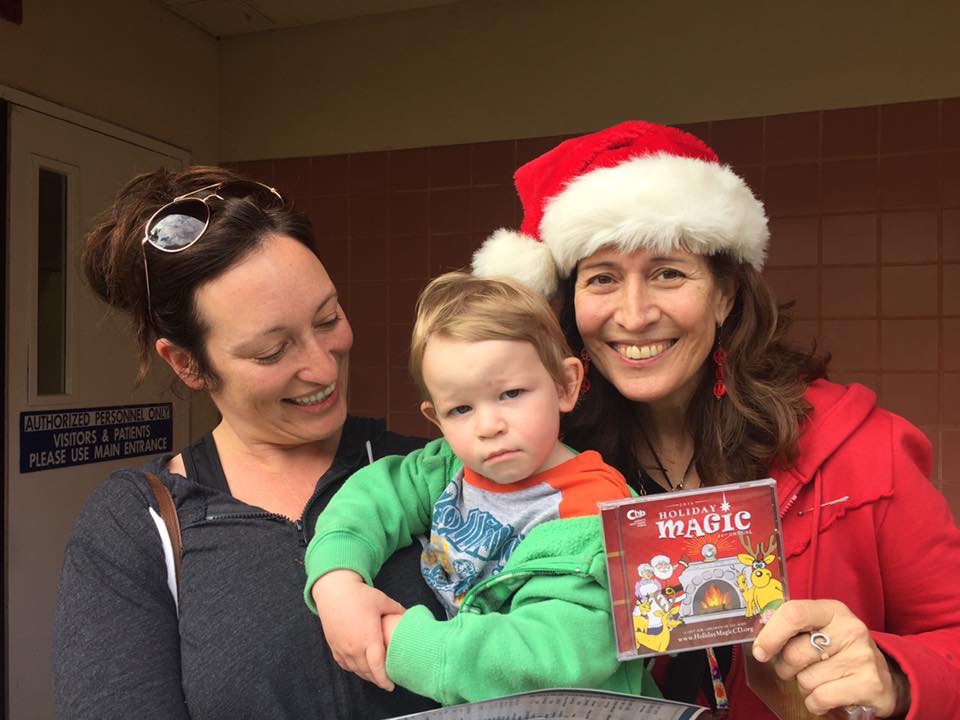