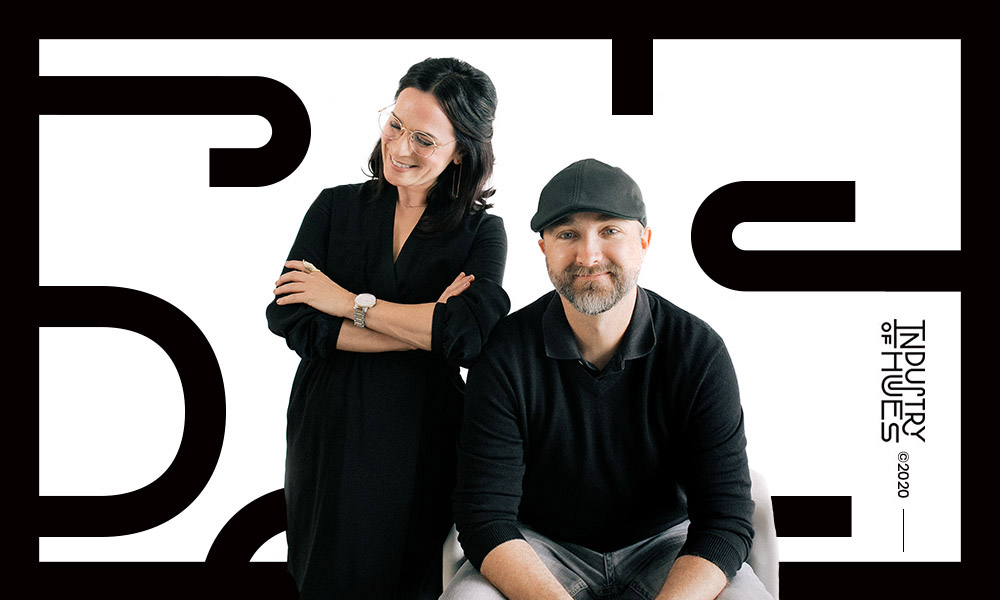 Today we’d like to introduce you to Jeff St John and Alexis Campanis.

Jeff and Alexis, can you briefly walk us through your story – how you started and how you got to where you are today.
Jeff: I am a third generation San Diego native. Growing up I was always on sort of a creative path. I used to be the kid who was always drawing. I loved those How to Draw books you’d get at the local elementary school’s book fair. Dinosaurs were a particular favorite of mine.

As I got older and started forming a plan for the future, I thought maybe I’d like to get into the creature and special effects design for television and movies. I loved the endless possibilities of designing a movie monster and I was a big fan of Stan Winston’s work because he created so many iconic creatures and effects for the films I grew up within the 80’s.

Eventually, this path leads me to a for profit technical college–which I won’t name–where I planned on focusing on 3D animation. Long story short, the school failed to deliver on almost every promise, and I was completely disillusioned with the idea of animation of any kind.

But something pivotal occurred while taking the early fundamentals courses. I discovered a love of type and layout. Back then, the digital publishing and layout programs were in their infancy and most graphic design was laid out by hand. I just instantly loved that balance between negative and positive space, the push and pull between images and type, and the hierarchy one could achieve through countless design decisions. I felt like the graphic design was the creative outlet I’d been waiting for, and it seemed like it could be a fairly lucrative career as well.

Alexis: I originally grew up in a very rural town, in Central Pennsylvania. One stoplight is small. Amish neighbors are rural. Penn State University was our hometown pride and major college presence, so it was a natural fit to attend. After trying (and failing miserably) at pottery, sculpture, painting, even weaving, I discovered a passion for photography which ultimately led to applying and being accepted into the graphic design program. With an overall student population of 40,000+, our program was a mere 20 curated students. We spent the next 2 years under the creative direction of professor Lanny Sommese. His influence, as well as fellow alums such as Chip Kidd and Jake Lefebure, began my itch to carve a more entrepreneurial and expressive route. After graduation, I moved to Birmingham, AL where the food, art, design and culture broadened every horizon I had ever known. Creating for numerous agencies in the early years down South led to connections and clients that morphed into supporting and developing an independent career during my 20’s. This allowed for travel throughout the States and abroad, as well as a migration to the west coast. San Diego and LA (Disney, Mattel) opened many projects and community opportunities, and things began to evolve even more from there ( as I’m typing this ten years later!).

Overall, has it been relatively smooth? If not, what were some of the struggles along the way?
Jeff: The road started anything but smooth. After graduating with a “Multimedia Graphic Design Diploma”, I quickly discovered that potential employers were not hiring any graduates from my school. Some flat out told me this. But I kept at the job hunt and eventually landed at a high volume photo lab that catered to the wedding, sports, and event photographers.

My boss and I had discussed putting some of the skills I’d learned to good use in the lab, and for me, anything design-adjacent was a win at the time. I became the resident photo retoucher, wedding album designer, and eventually, greeting card and web graphics designer. It wasn’t 100% what I had envisioned while at school, but I met tons of great people and learned a lot about the photographic and printing processes, which are tools that any designer should have in their belt.

After eventually returning to a four year school (SDSU) and graduating with a BFA in graphic design, I started my design partnership with a like-minded designer and we dove head first into the freelance world. But it wasn’t long after that that I’d received an email from a design agency downtown that had seen my San Diego State student portfolio and I was offered a salaried job. Recognizing the opportunity for invaluable experience, not to mention a steady paycheck, I took the job and the partnership was gradually, and amicably phased out.

Alexis: Oddly – yes, smooth, kind of, well maybe not to other people – but for me. I didn’t know any different. I always acknowledged my health and body. Post graduation, I was still pulling all-nighters at my first agency job. Not necessarily because I had to, but was always more creative at night and then had to show up by 8:30 am for my job the next day like a “normal” person. Eventually, I was so exhausted and not feeling creative or overly originally productive. So I thought… what do I need. More sleep. Flex schedule. Life experiences. Good people. Money. Clients. Repeat. That’s the chunked down list of things that I need for a smoother life and a space to create. Along the way, the scenarios have changed, but I readjust as I go to make sure most of those boxes are checked. The majority of my 15 year career has been as an independent. Larger companies and studios are beginning to follow the module of hiring per project/campaign or on a contract basis, so that has been perfect.

Please tell us about your company.
Jeff: Alexis Campanis, co-founder and principal, and I met at a time when we were both looking for something new to tackle. Through various pro bono work around town, including being on the communications team for two TedX San Diego events, we realized that we worked well together and that we shared a common vision for what our collective future could look like as designers.

Fast forward to the present, Industry of Hues is a creative collective that focuses on visual identity systems. We come in and either fine tune a company’s vision of their brand, or we create the visual foundation from scratch. It generally starts with a logo, but as we all know, a brand is not just their logo. Depending on each client’s individual needs, the system kicked off by the identity (logo) can unfold across both digital and print platforms. From a website and social media to a business card and communication package, to a full trade show environmental experience.

One of the aspects that I’m most proud of as a company is our strategic approach to solving a client’s design needs. We are firm believers that research plays a crucial role in the development of a client’s vision, and we fully embrace putting on our research caps and discovering the ins and outs of a particular field or business. The goal is always to solve the client’s problem with an approach that is as informed as it can be. Ultimately, it is our job to provide value to the client. That value is quite simply success for their business.

I think the thing that sets us apart from the pack is our small, flexible design team. Rather than approach every client with a huge team of designers across creative disciplines, we avoid all the massive overhead by curating a lean team of creatives from a network of truly talented professionals that we’ve worked with for many years now. The experience is much more intimate and allows everyone to be on the same page from the start.

Alexis: The industry of Hues is an idea. The idea of doing things differently. In supporting and encouraging creativity and working better together. In making kick-ass design, but in an unpretentious and less ego based process. We have a niche focus for brand identity systems, but that can encompass everything from logo development to a full conference graphic system and an environmental set of designs. At this point in the studio’s existence, my pride comes from working with my fellow co-creative/principal/founder Jeff St. John. It is truly rare to connect with a fellow designer and person (who is totalllllllly different from you in personality and creative vision) and be able to produce work on the daily. We pass each other’s design files back and forth like hot cakes – that usually not cool for most folks. He is teaching me better communication, ways of designing, collaboration, patience, and just being a better hu(e)man. With that foundation, I am confident we have epic future design prospects to conquer as a team. And everything Jeff said.

What is “success” or “successful” for you?
Jeff: The easy answer for me is to be able to do what I love and make a living at it. The longer view, however, is about being able to be very intentional with the work we choose. We love using design for good and to enact or inspire social change.

Alexis: Success is a moving target. Keeping physically and mentally healthy is huge. Stimulating work is solid. Spending time being able to travel, hang with friends and family and see the occasional live show… Right now that feels like a success. 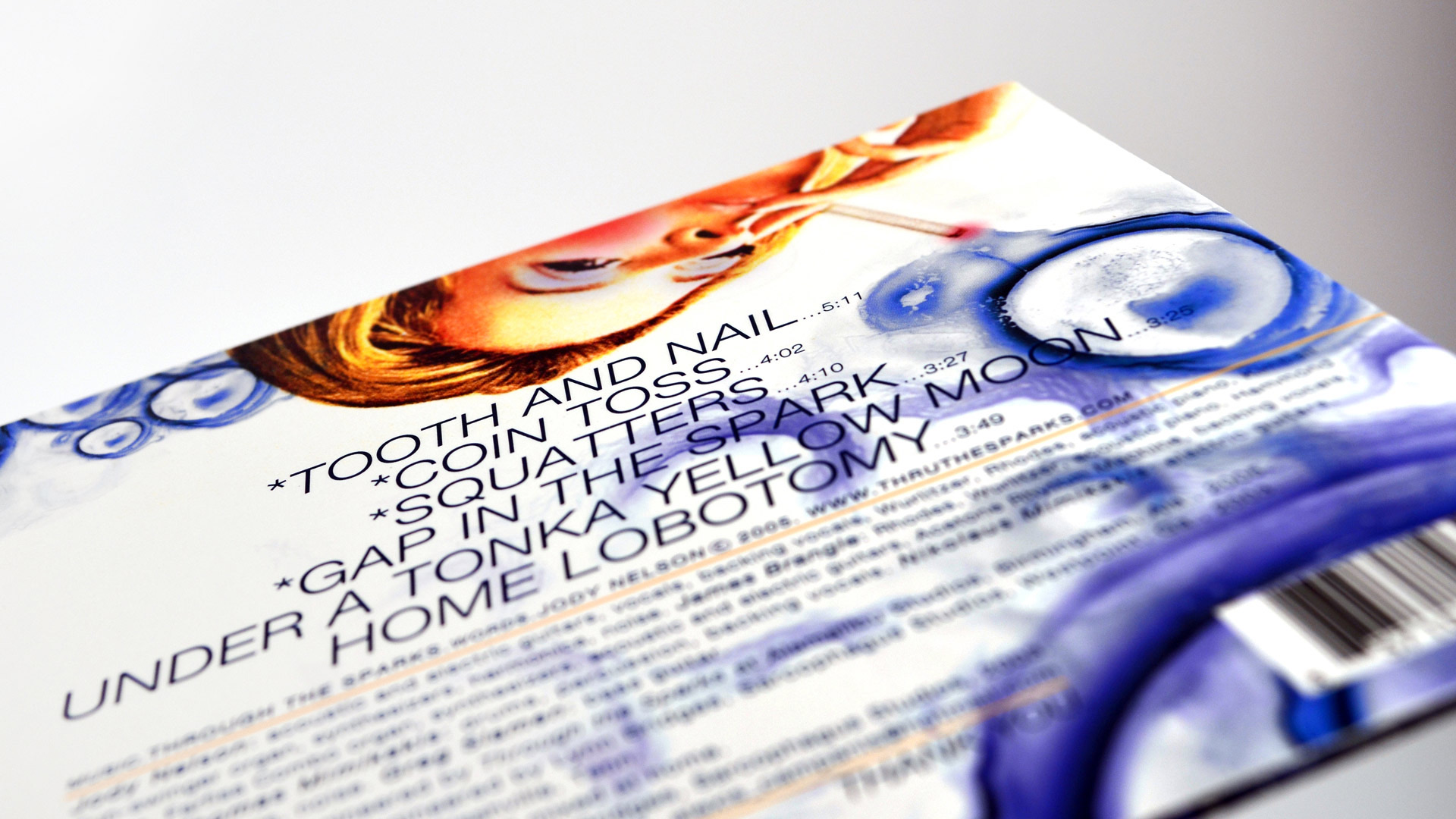 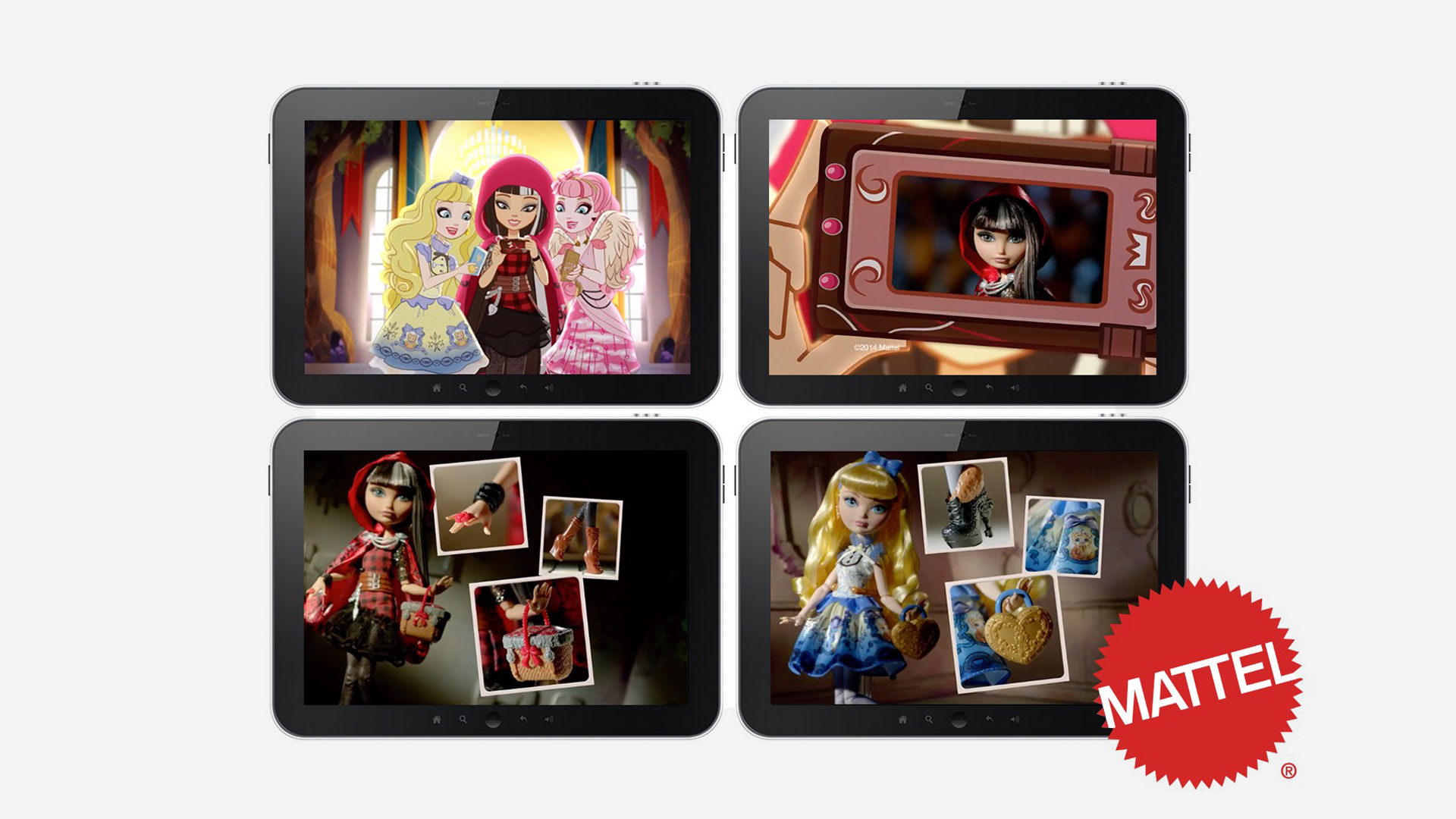 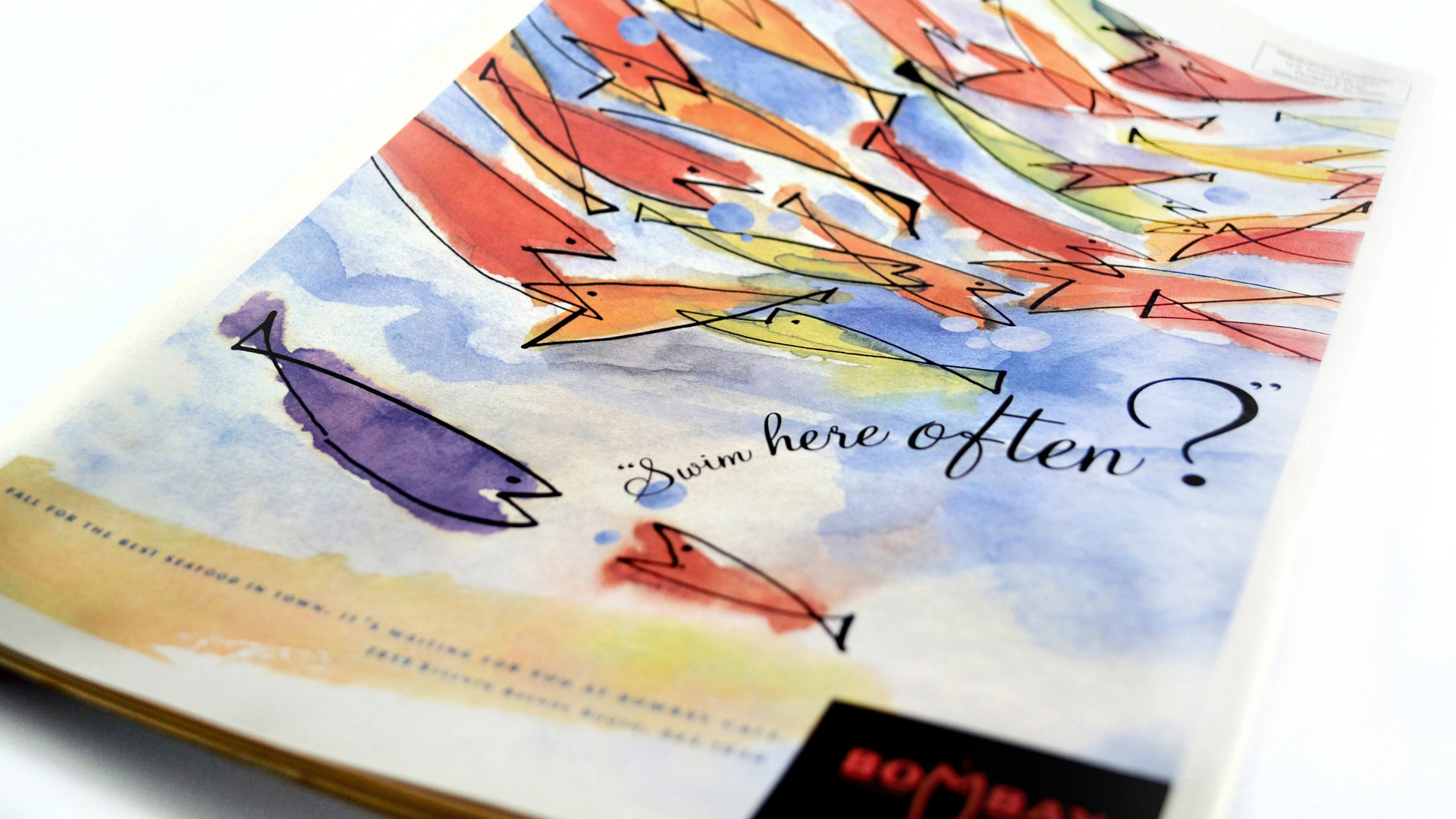 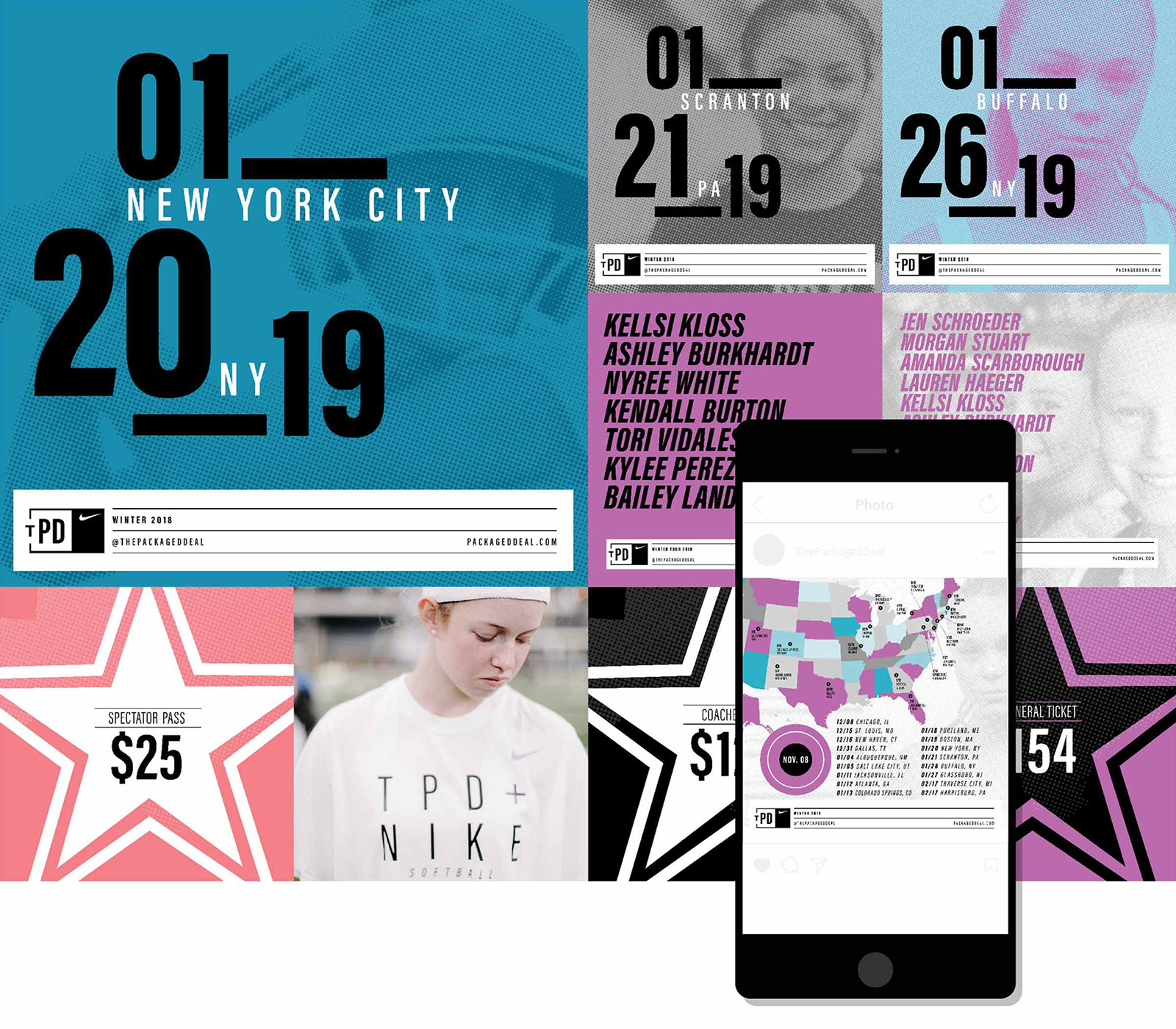 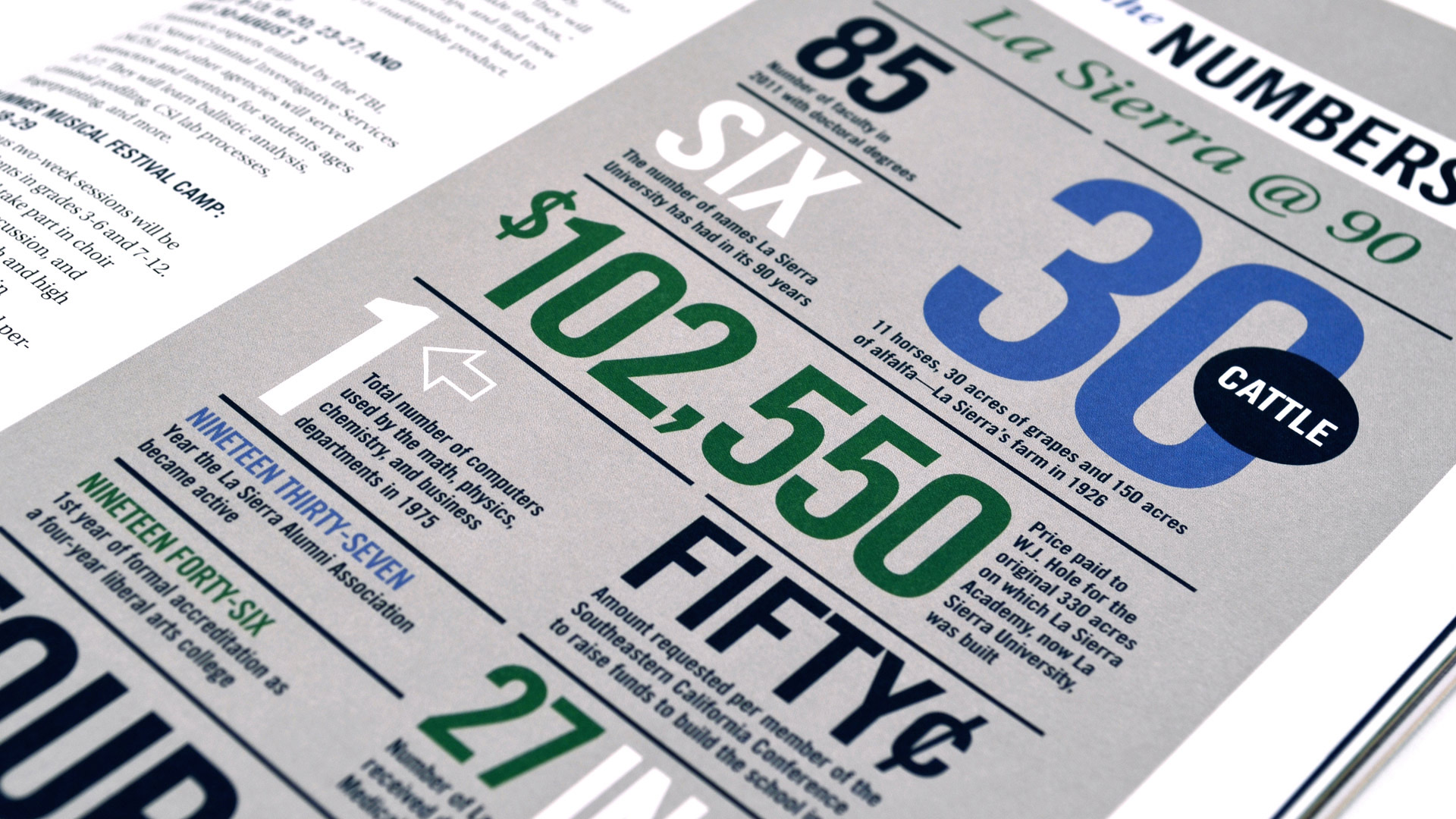 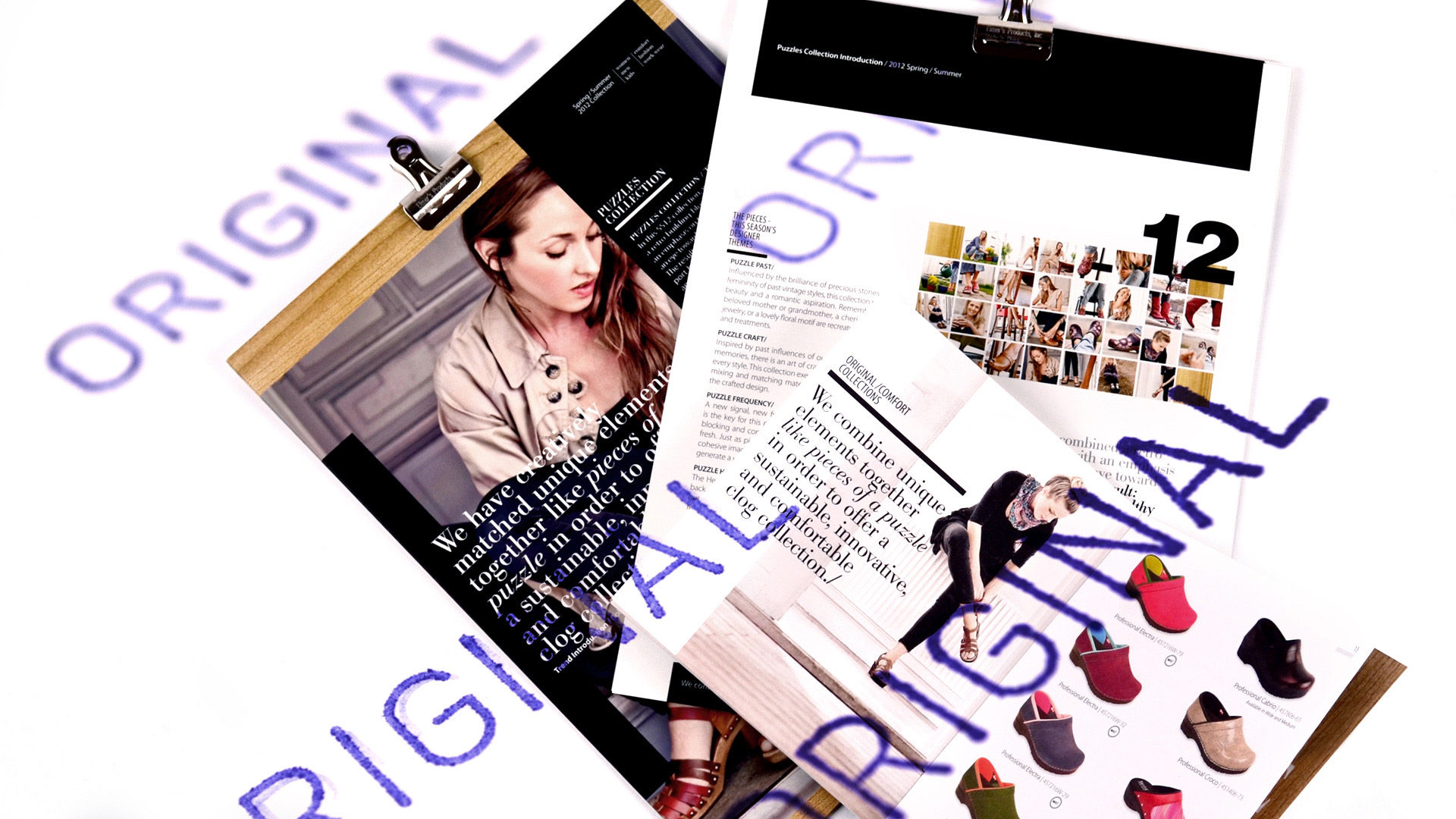 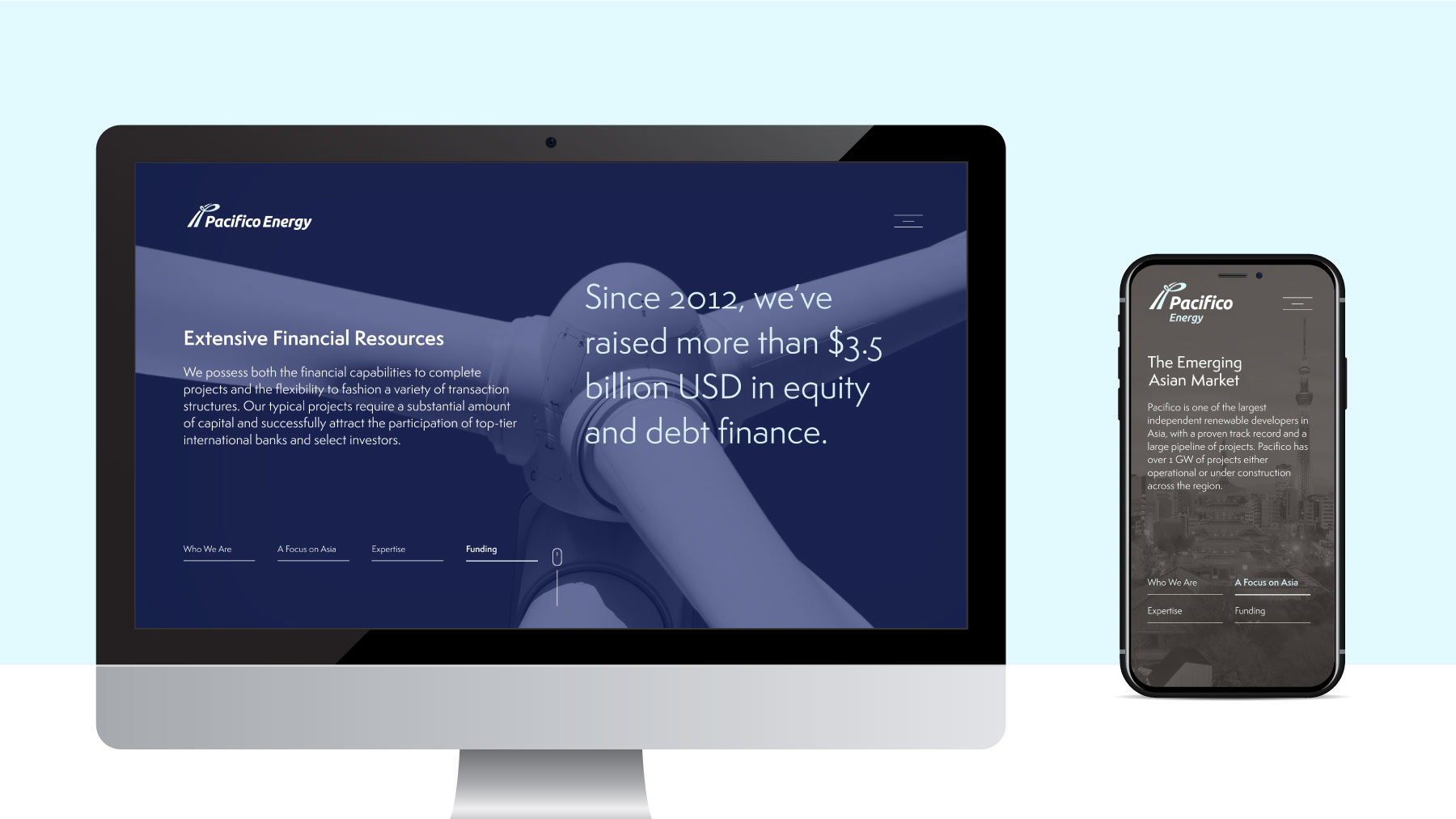 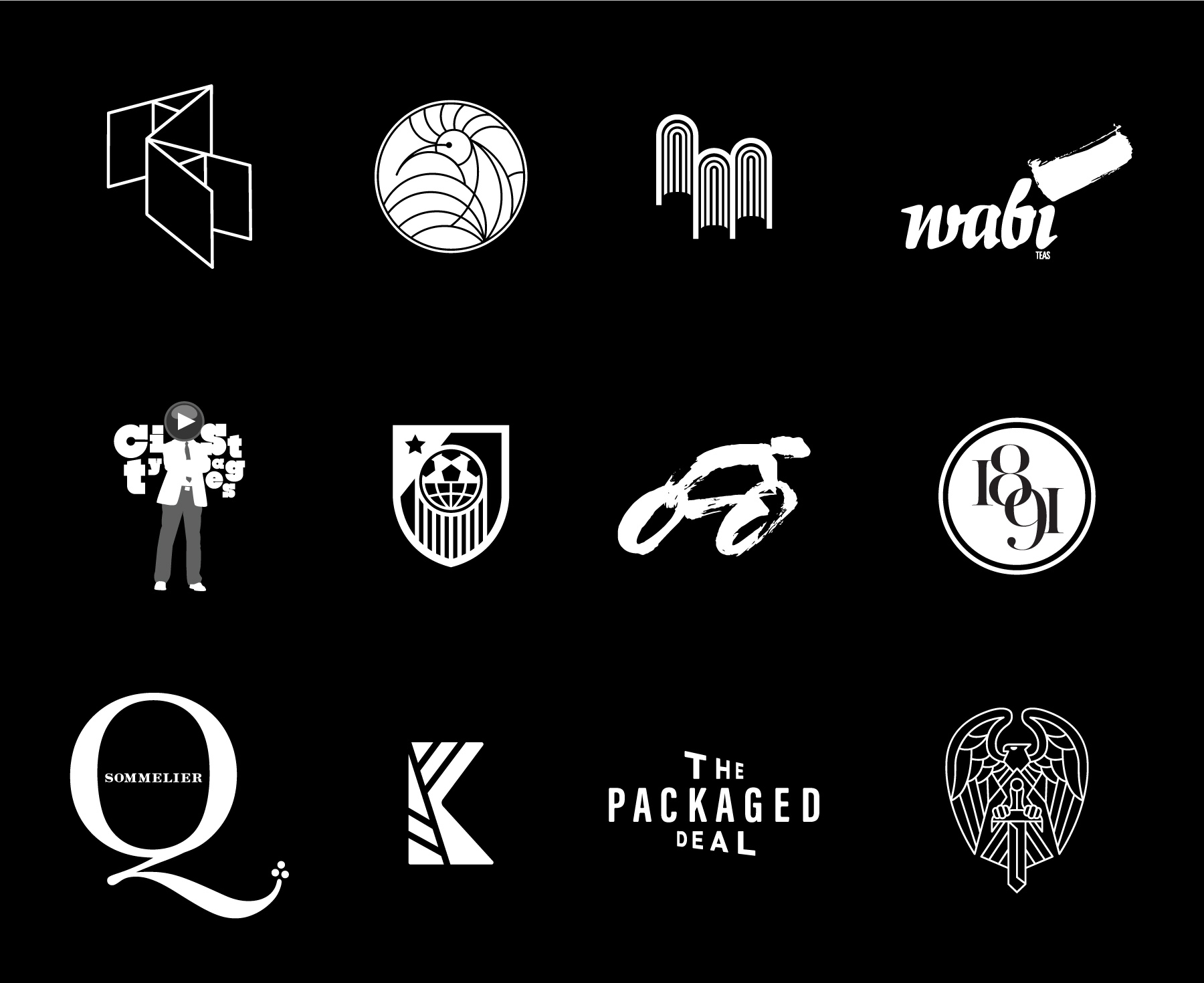 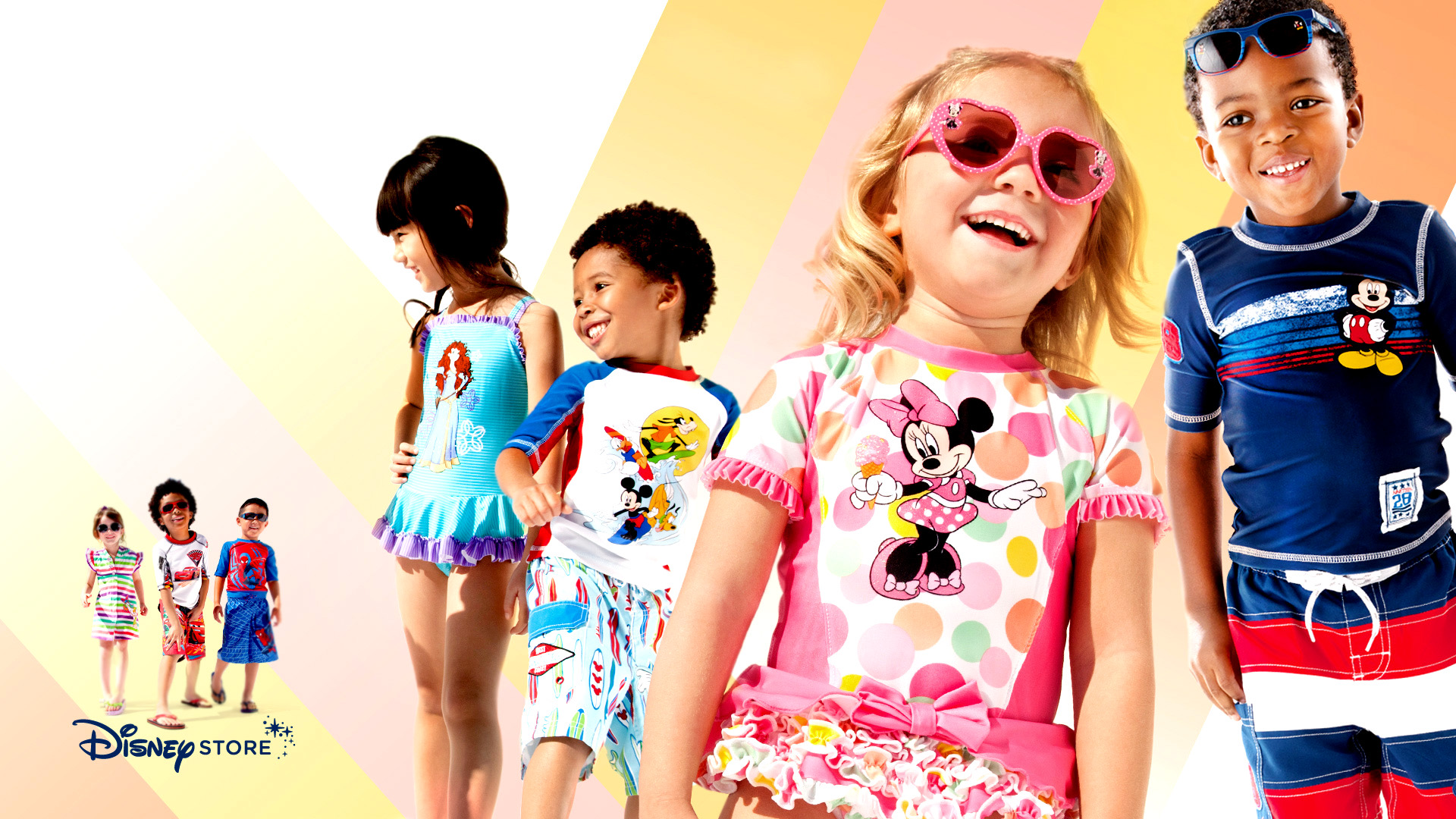 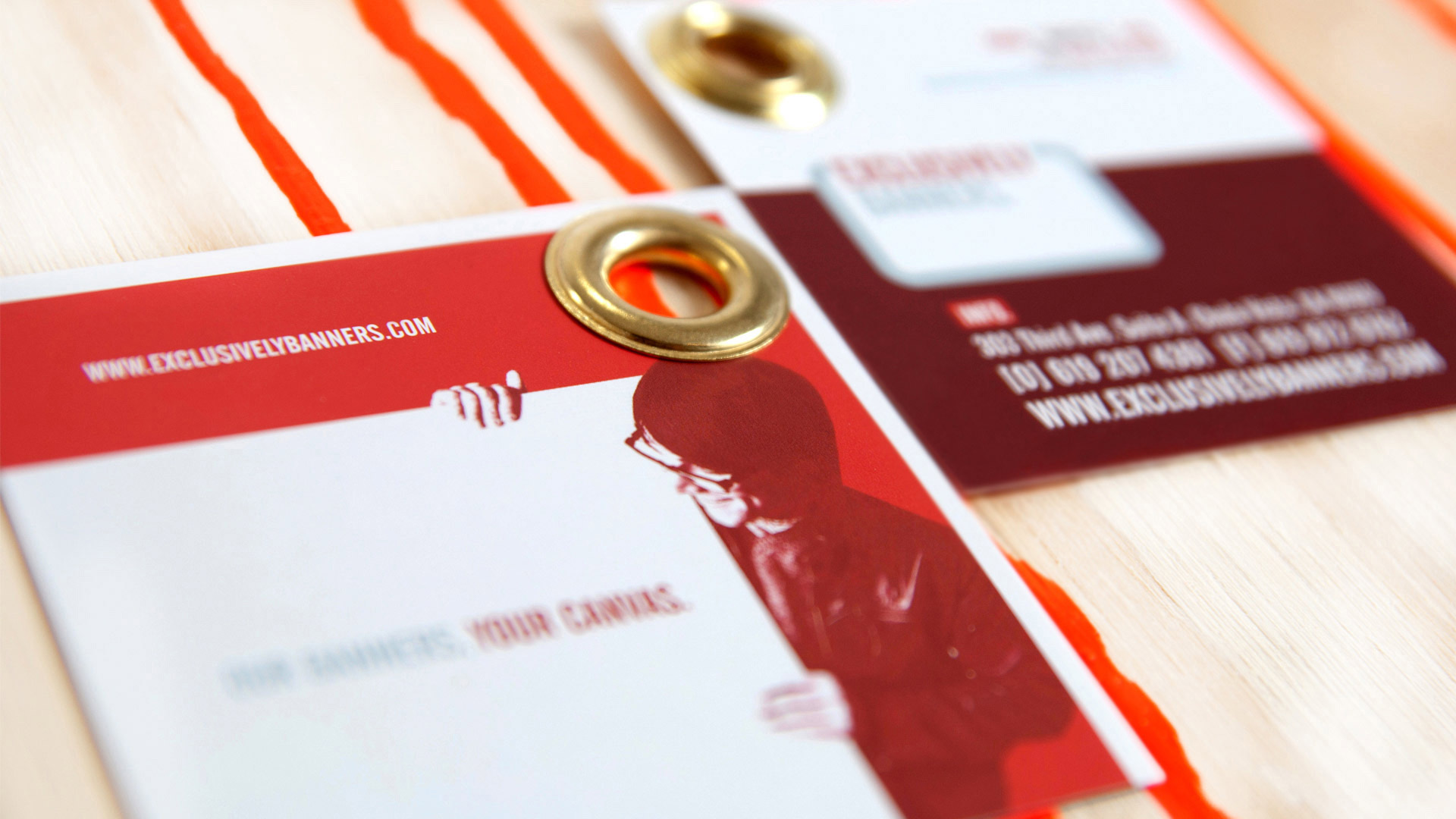