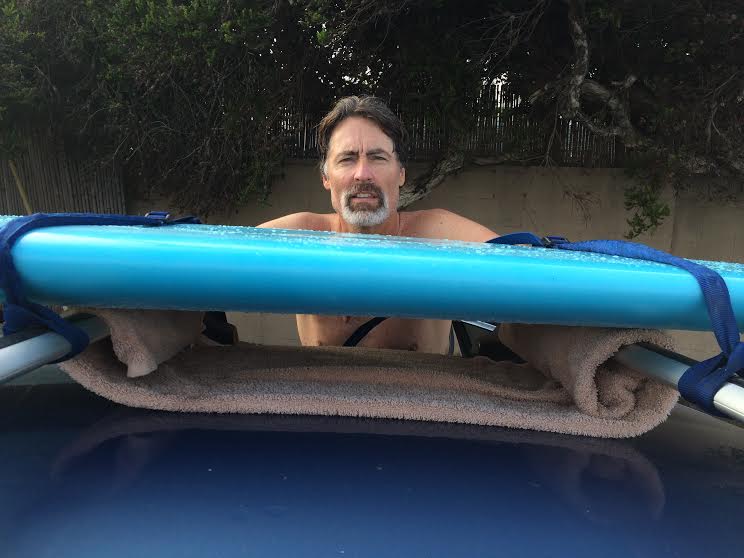 Today we’d like to introduce you to Jim Cahill.

Jim, can you briefly walk us through your story – how you started and how you got to where you are today.

I was born in Coronado to a Navy family and a household full of wild kids. There was always a lot of action. My father was a rather all-in military man, raised on a farm in the Midwest, strict and conservative. He was a supporter of the Vietnam War. My mother, at the same time, was protesting that war. All of this in the crucible of our uber-military tight-knit little island town.

War was everywhere: we learned WWII history from the men who actually fought it. We had retired admirals as substitute teachers. Our history module on the Battle of the Pacific was taught by the squadron commander from the USS Midway that was there in that battle. This (now) admiral Thach sketched out on our chalkboard — just as he had done on the Midway before the battle — the flight tactics he’d devised so his Grumman Wildcats could handle the much more agile Mitsubishi Zeroes from Japan. He had first worked it out here in San Diego, using matchsticks on a table! It was all so basic and home-grown. Another San Diego original.

So, my mother’s protesting the war and my father’s fighting it. She’s driving around town in a technicolorDodge van, raising hell and financing her missions via a little dress shop she ran at the end of town, by the Coronado ferry landing. She sold muumuus to the Navy wives and Hawaiian silkies — we called ‘em aloha shirts — to the surfers. The household was anything but boring or, for that matter, calm.

Yet, it was my mother who introduced me to yoga, meditation, biofeedback, and what we now call integrative medicine. As a beach kid herself, orphaned at age 9 in San Diego, she rode solid redwood surfboards and would hang out at Swamis. That’s where she encountered an enchanting Indian guru known as Paramahansa Yogananda. She listened to his dharma talks and learned about yoga.

But she sensed he was a just bit too attentive to the young girls, and was deeply suspicious of the guru worship and credulity of the many hangers-on. In fact, this opposition to authority or any form of smug certainty would characterize most of her later efforts. This she also imparted to me, and I think to all her children. None of us, it seems are capable of working for someone else! We’re just a family of what you might call obligatory entrepreneurs.

My mother, in fact her entire family, suffered from a genetic kidney disorder. She’d watched her own mother and most of her siblings die slowly, painfully, from it. Worse, she saw them suffer unnecessarily due to a deeply flawed medical system. So when her own disease flared, she fought hard to survive, but she also fought smart! She had specifically identified the mechanisms of failure of the medical-government system that magnified the suffering. Although she never finished high school, she was street smart — really tough. So, when she took up the fight, basically against the complacency and unresponsiveness of bureaucratic medicine — needle infections from sloppy technicians, condescension by physicians, and the chicanery of for-profit clinics that took to re-using “single-use” artificial kidneys (pocketing the government money meant for fresh blood filters) — she was well prepared for battle.

She took on the American Medical Association — their ten lawyers to her one — and she beat ‘em. The victory gave all patients expanded rights to informed consent, which was written into California law and then became the country-wide precedent. The governor appointed her to a watchdog committee, overseeing medical practices.

Watching all of this unfold, in my early college years, and seeing my father’s steadfastness in support of her, demonstrated for me of the importance of balancing effort, compassion, and intellect in service of the good.

At university, I met a medical anthropologist, professor Lola Ross, whose husband founded the cardiology department at UCSD medical school. Lola taught medicine with an open mind, incorporating views of health and disease from a cross-cultural perspective. She was trained by Harvard’s great anthropologist, Margaret Mead, and was an independent thinker. At age 25, as Lola’s teaching assistant, I was introducing UCSD medical students to a whole new world of integrative medicine. I later worked at Scripps Research Institute doing basic brain research, and spent a semester at Harvard doing cross-cultural studies. But my student loans became so burdensome that I had to shift into making money, and so had to back off on my beloved academic life, for a while at least.

I began by making a list of what I was good at, and that people might pay me for. It was a very eclectic mix! But I thought, “Why not, I’ll just go for it!” So I hung out my shingle as a surfing and kayaking instructor, a science writing tutor, and a wellness coach. And as life often does, these individual threads wove together in unpredictable and wonderful ways. My future wife showed up as a student in my surfing school, and my future business partner showed up as writing client who’d invented a remarkable new bone implant. For the next 15 years, we developed and marketed synthetic bone and artificial eye technology, patenting our inventions, and teaching world- leading surgeons how to use them.

It was exciting and very heady.

But it was also exhausting. I had started out as a carefree beach kid and lifeguard on Coronado Island, too good at school to be a total beach bum, but not good enough at surfing to be a pro. This allowed me to maintain a fairly good work-life balance up to that point. But as a business team, my wife and I were sufficiently lucky and adept at biotechnology that we could launch our little company worldwide. We found ourselves making good money, saying yes to almost every opportunity to expand, and ending up on a fast track to burnout.

Most mornings, upon waking I’d feel this grit between my teeth. A couple of weeks out of each month I was nursing some level of a migraine, working through them, pushing harder. My wife, too, got sick. She developed an autoimmune disorder that left her feeling old before her time — her muscles tired, her joints achy, her sleep unrestorative. The busier and more successful we became, the less well and whole we were feeling. My dentist informed me that the sandy grit was the enamel of my own teeth (!) that I had been grinding away all night, due to stress. My wife’s physicians told us all sorts of things about the cause and prognosis of her illness. In fact, it took about 10 years for her to get a viable diagnosis, but it was basically stress-related, too!

Something had to change. So, we made a strategic retreat back to what we knew and trusted: a return to the ocean, yoga, and meditation. These were our antidotes to the stresses and unsustainable mania of acquisition, commerce, and general busyness into which we had drifted. There was something in particular about yoga and meditation that felt free, healthy, and wise. We both felt better. Happier. Lighter somehow.

We also felt moved by these realizations to deal with ourselves and others much more gently. In fact, this impulse became so strong that we consciously decided to make a life centered on this way of being, moving self-care out of the periphery and into the center. We shut down our company, sold our coastal home, and sought out open, quiet places in which to study, practice, and integrate.

We focused on, at first, the ubiquitous Westernized forms of yoga, meditation, and right livelihood. We later  became aware of an ancient lineage of authentic original Eastern views and methods, which had been overlooked or misinterpreted by our modern Western promoters. This was surprising and very interesting. We pursued our studies and practices quite seriously, which took us to live in remote areas of Mexico, New Zealand, and Australia, where we could focus off the grid. We returned to San Diego so I could join a large scientific study of meditation, under the guidance of Nobel Prize-winner Elizabeth Blackburn, who now leads the Salk Institute here in La Jolla. I served as the yoga teacher and a research guinea pig in that study. I later qualified as a biofeedback therapist  and completed a graduate degree in Mind-Body Medicine. My wife and I also became students of a classically trained Buddhist monk and scholar, who is the English-language interpreter for the Dalai Lama.

Each these wonderful threads have now been woven into a coherent, integrated system of views and practices that we teach and share to address the most fundamental needs of people in modern life. This is the origin of what we call “The Medicine Mind.”

I have taught this system at Scripps Center for Integrative Medicine, where I worked for several years as a therapist, and I continue to train individuals in a clinical practice in Rancho Bernardo. We also offer corporate wellness training, lectures, and wellness/meditation retreats.

Our latest iteration, in our attempt to make more accessible the subtleties and beauty of classical Dharma and meditation techniques, is something we’re calling MindSurfing™. For this, we drew upon our deepest sources of authentic stoke: the ocean life and the inner life, using everyday language to help folks develop a personal view and set of practices that suit modern life. This has been great fun and the audiences really get it! There’s none of the stuffiness, passive religiosity, or guru issues that have turned of so many curious minds in the past. It’s straight forward neuroscience/technology alloyed with classical contemplative science — both approaches have made wonderful practical discoveries that fit seamlessly together when properly presented.

We are also working with the San Diego Supercomputer Center at UCSD on machine learning approaches to brainwave training (neurofeedback). My contribution is to leverage ancient, precise mind training methods to help folks turn up or down specific brain regions involved in chronic pain, ADHD, cognitive impairment, depression/anxiety, and many other conditions.

There is so much fruitful work being done — and to do! —at the interface of neuroscience, medicine, and contemplative science. I still feel like a kid with the whole summer ahead of him, full of potential and exploration. We are so lucky to be in San Diego where all the resources are at hand to create the future, while daily enjoying the fullness of a deeper presence in nature.

Medicine Mind, Inc. and MindSurfing™ – what should we know? What do you guys do best? What sets you apart from the competition?
We developed the field of Mindfulness-Based Biofeedback™. This was the first rigorous integration of the best practices of biofeedback and mind-body medicine as understood by Western science and Eastern contemplative science. Our work has been recognized by the Indian government and presented to classical contemplative scholars there, as well as to medical meetings in the West. It has been featured on television and radio and is currently being used as the basis for an advanced artificial intelligence-guided neurofeedback training platform for both medical clinics and various bio-hackers groups.

Medicine Mind, Inc. specializes in self-regulation and wellness technologies, in combination with authentic contemplative practices. We do private consultations for relief from pain, insomnia, and stress-related disorders, as well as for optimal functioning for anyone pursuing greater resilience and happiness. We also provide organizational wellness training, online training, and consultation to the new generation of bio-hacking start-up companies.

What is “success” or “successful” for you?
Success is the fruition of continuous development of the factors that make us most fully human: wisdom and compassion in service of greater happiness and decreased suffering for us all. 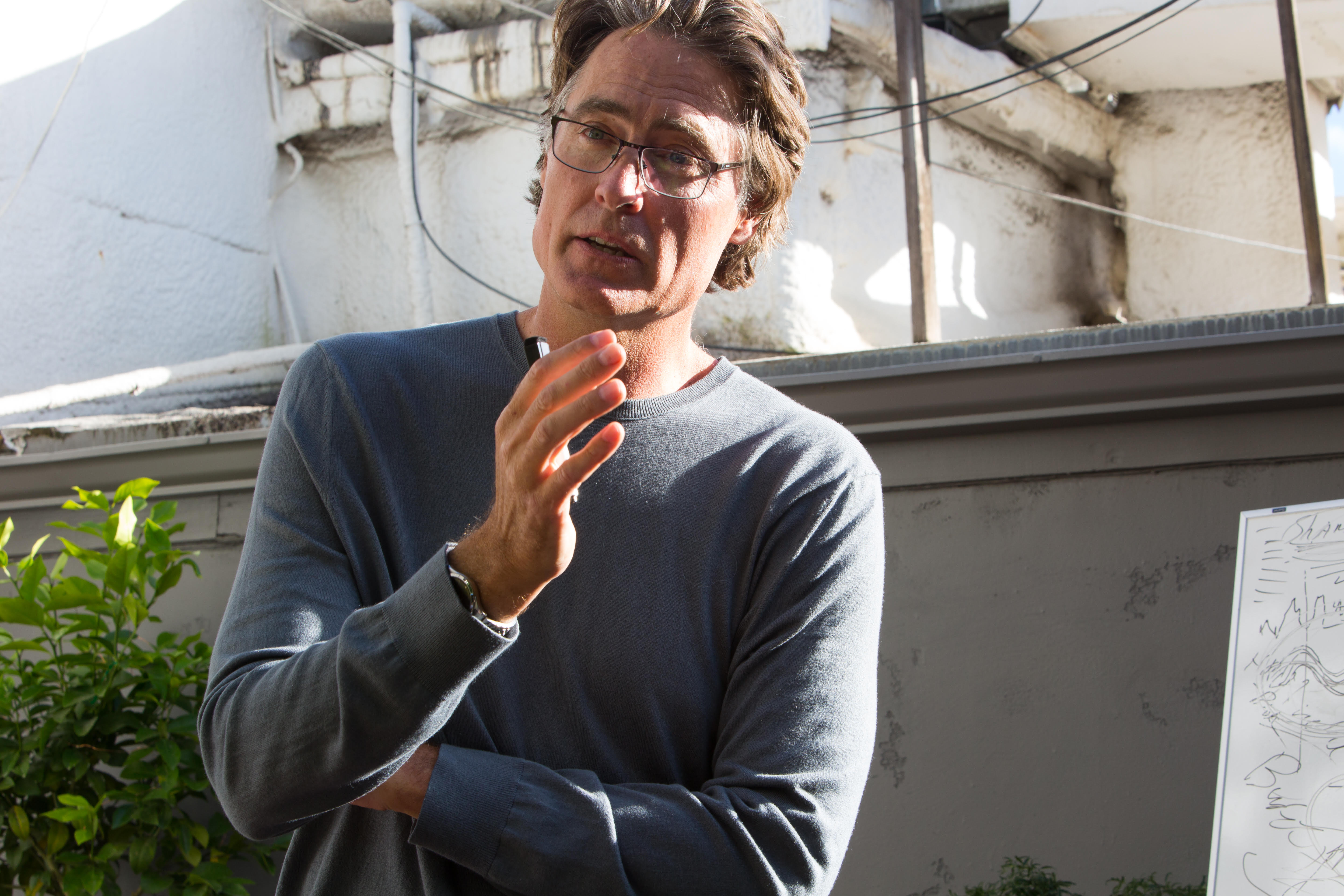 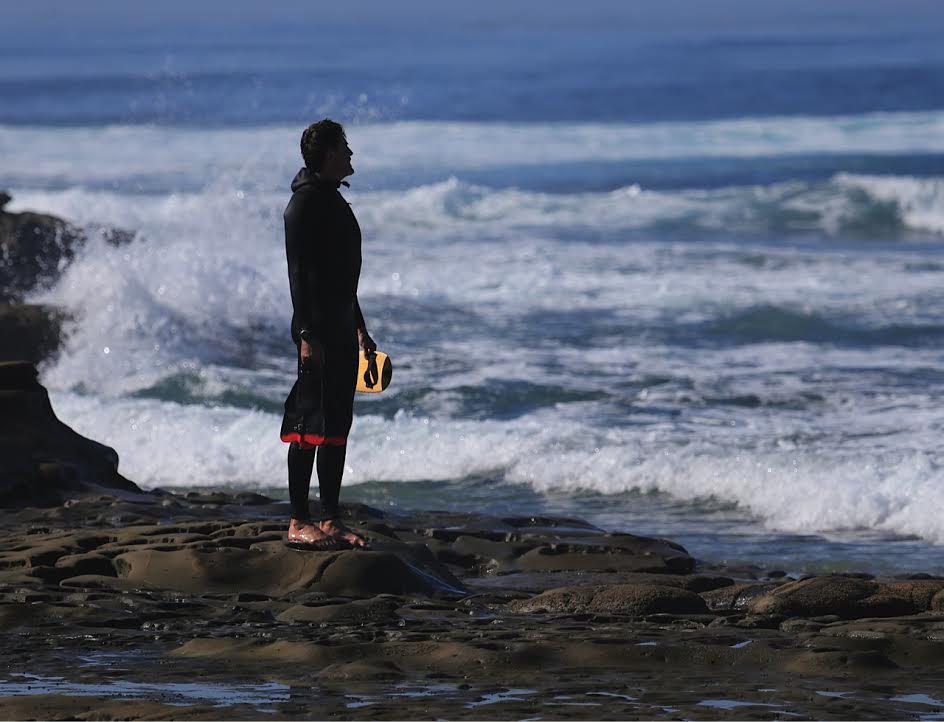 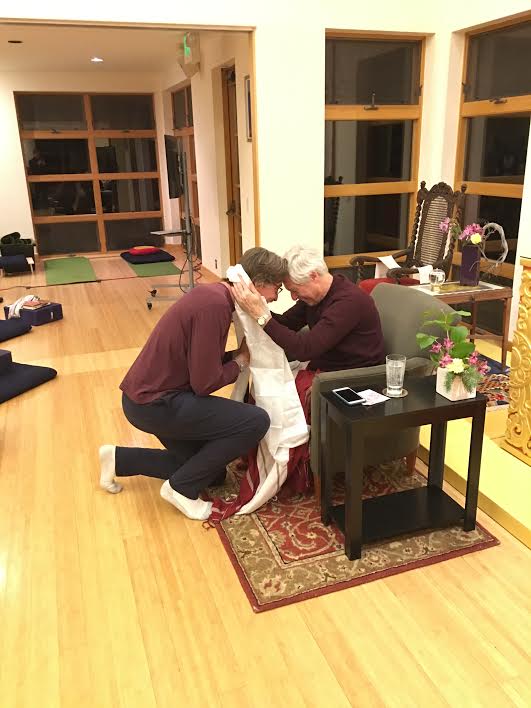 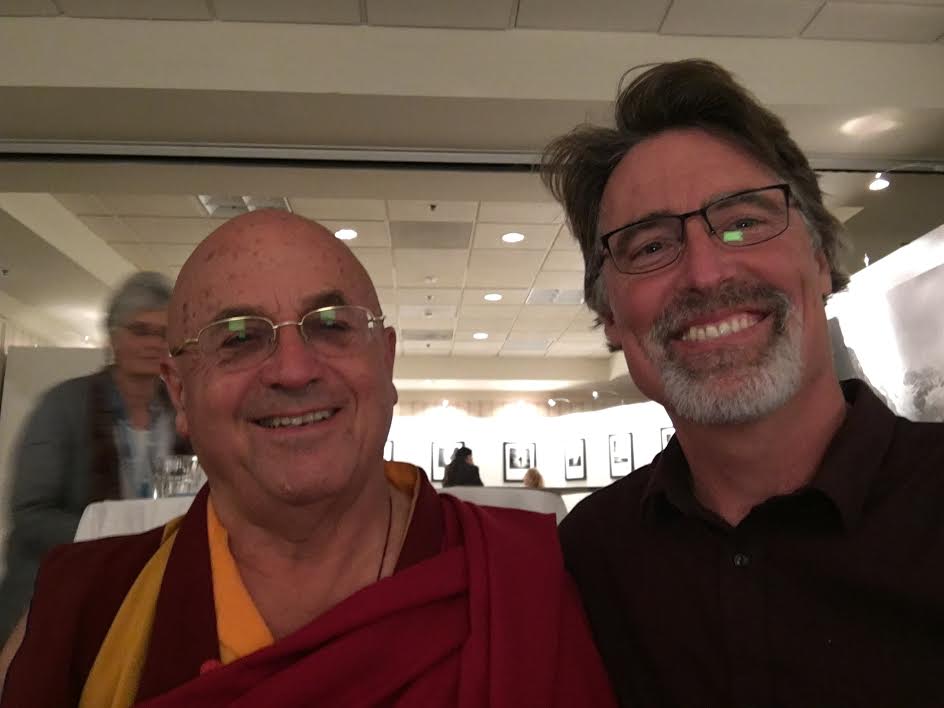 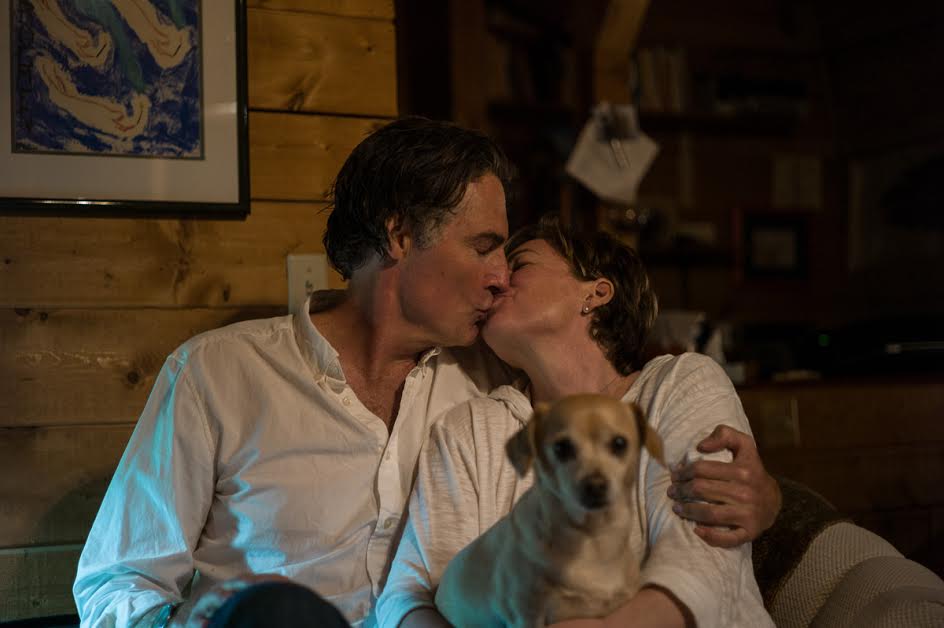 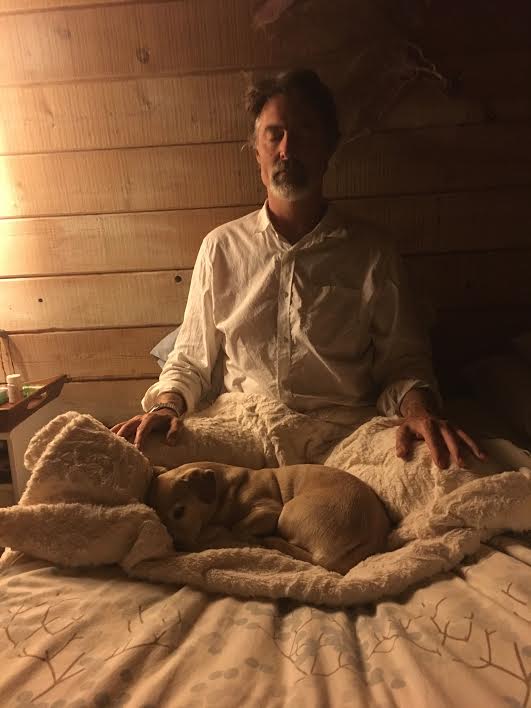 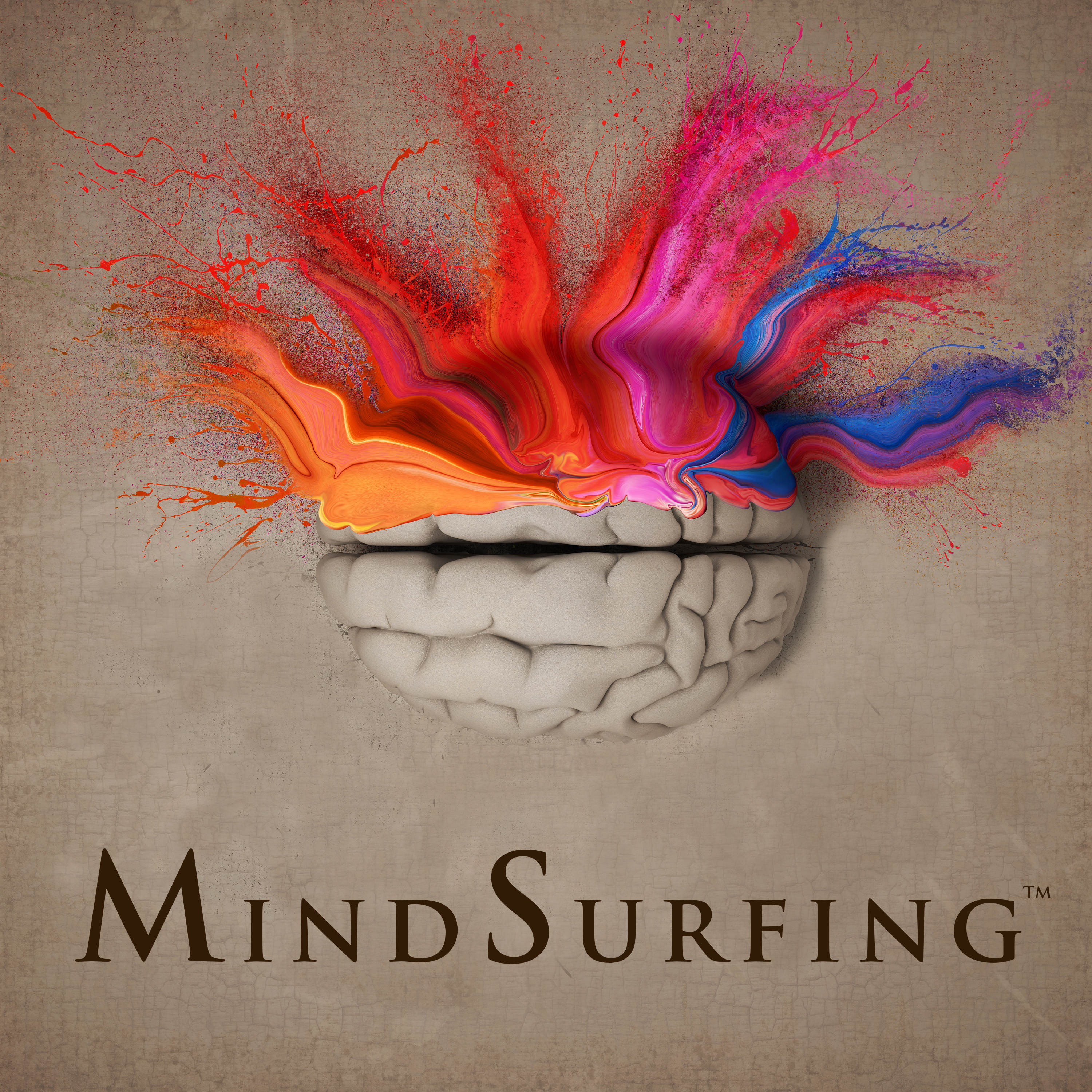 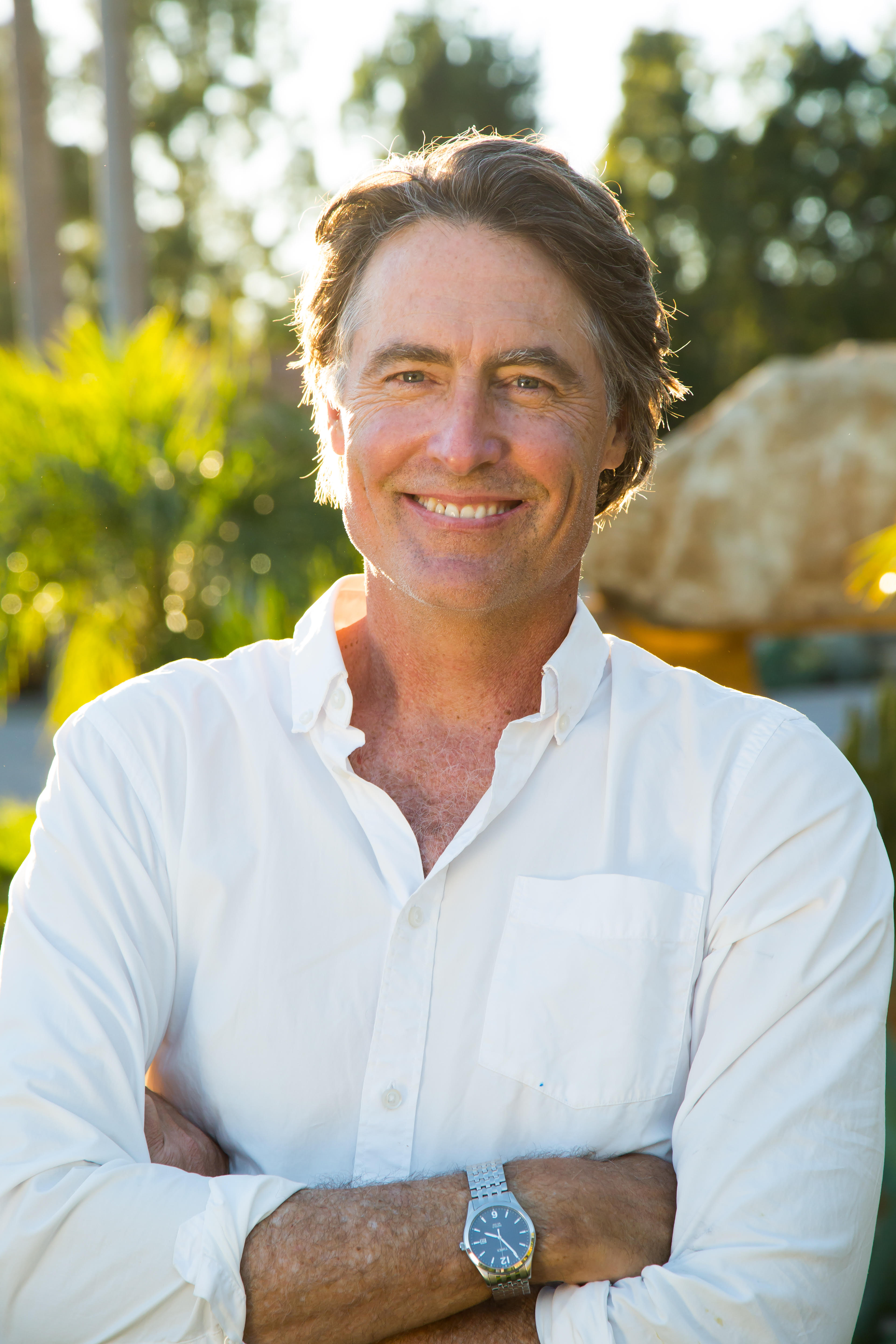