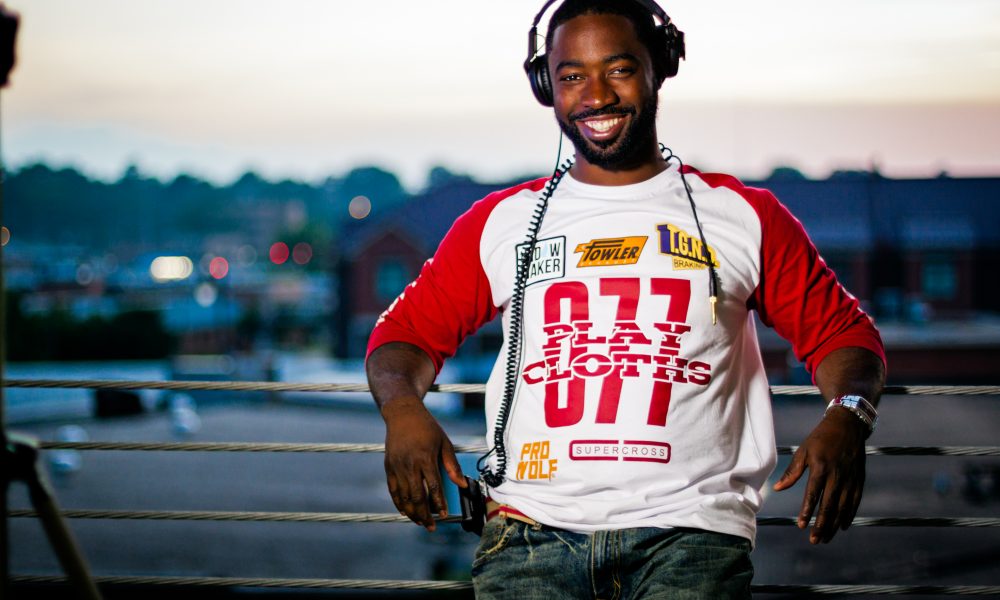 Joeryll, can you briefly walk us through your story – how you started and how you got to where you are today.
My career as a DJ started back in 2007 as a soldier in the United States Army while stationed in Belgium. In order to get away from the stresses of being a soldier, a lot of us would get out on the weekend and go to Brussels, Belgium. I began attending parties called “Da Real Deal,” where I met a group of international DJs called “MP Phamiliy”, and got more interested in the art of DJing.  I became really good friends with a few of the members who really encouraged me to take up the art of DJing. It wasn’t until 2010 that I decided to take their advice and begin to learn to DJ.

While being deployed to Okinawa, Japan for 7 months in 2009, I saved a bit of extra money, so I decided to buy a set of Numark V7s and a Numark X5 mixer and began to teach myself. Thanks to technology, I spent a lot of extra time watching YouTube videos to learn and master basic DJing skills.

In 2012, I was assigned to Fort Bragg in Fayetteville, NC. I’d finally updated my equipment to a Rane 61 mixer and a set of the legendary Technic SL-1200 turntables and really put my skills to the test. I applied for a job as a DJ at with a local entertainment company. It was there, that I really began to play out to the public. I DJ’d with the company for over two years and DJ’d over 200 private, corporate, and military events and really started to grow as a DJ. I began to feel that DJing could really take me a lot further in my music career, so I began to take it a bit more seriously and pursue bigger opportunities.

I got offered an opportunity by a Fayetteville State University student to DJ on a two-hour weekly show called “iMix Radio Show”. The show was hosted on their student-run radio station, Bronco-iRadio.com. I accepted the opportunity and agreed to DJ at the station as a community volunteer. I volunteered as the Music Director, On-Air Personality, and a Radio DJ. I DJ’d every Tuesday and Thursday for over three years and taught a weekly DJ workshop, which taught them everything from the basics of DJing, Advanced DJ techniques, the business of DJing, as well as mentored a few of the more advanced DJs.

Thanks to Bronco-iRadio, I was introduced to radio and had my first festival appearances at the Annual iMusic Festival and iInspire Showcase. From there, I also secured my first residences as a DJ with Spoken Word Art Exhibit (S.W.A.E.) Night, Versus Open Mic Night, and other nightlife appearances. At this point in my life, I was transitioning out of the military, so I secured a job as a contractor, but still heavily pursued my DJing. A year after getting out, I got offered a job in Carlsbad, CA, which brought me out to Southern California.

In October, 2016, I accepted a job in Carlsbad, CA. As soon as I moved here, I partnered with a marketing company to help improve my marketing and began networking. Approximately 7 months after moving here to Oceanside, CA, I got my first break DJing at U-31 Bar in North Park, where I’ve been DJing every Tuesday night since July 2017. In August 2017, I met a promoter at Bassmnt Nightclub, which gave me an opportunity to DJ at The Cellar Nightclub, and have been DJing monthly since. I also recently, began DJing at Altitude Sky lounge in December 2017.

I also have stayed involved in the community since moving to Oceanside, CA. and have gotten back into volunteering. I recently volunteered with the San Marcos Boys and Girls Club’s annual Thanksgiving Dinner, serving the kids and their families of the surrounding communities. The San Marcos Boys & Girls Club is also looking to bring me on as a volunteer in their Teen Tech Center teaching Audio Production classes weekly to the kids at the club.

We’re always bombarded by how great it is to pursue your passion, etc – but we’ve spoken with enough people to know that it’s not always easy. Overall, would you say things have been easy for you?
The road to where I am as a DJ has been a very rough one. Due to my time in the Army, I’ve had to deal with multiple injuries related to my service. I’ve had multiple concussions, chronic back spasms and a host of other issues, which caused me to spend a lot of time in and out of the hospital getting everything under control. Over the course of my time as a DJ, I’ve also had to deal with the issues that almost resulting in me being homeless. There has been numerous times where financial issues have resulted in me having to sell my DJ gear and step away from DJing all together. It was the price I had to pay to ensure that my daughter had what she needed and that we didn’t end up homeless. It wasn’t until, I got out of the military and working as a contractor, that I became financially stable enough to sustain my personal life and my professional life as a DJ.

So, as you know, we’re impressed with DJ Prodigee – tell our readers more, for example what you’re most proud of as a company and what sets you apart from others.
As an artist, I’ve been DJing for almost 8 years, 6 of which are as a professional DJ. Over this course of time, I’ve DJ’d numerous events.

As a DJ, I specialize in setting an atmosphere that is conducive of the vibe my clients are trying to achieve. Not all events are created the same, nor can you play the same style of music for each event. I excel at identifying what works best for my client’s event, whether it is dynamic lighting design, sound reinforcement, or DJ services. At the moment, I’m most proud of starting my own company called S.A.I. Entertainment L.L.C. I named the company after my daughter whose initials are S.A.I. I wanted to build a legacy that I could pass on to her. With music being something that we both love and a passion we share, I figured this would be the best thing.

I would love it if she wants to continue in the family business when she’s older, but if not, at least she already has assets that could help her later in life and a foundation from which she can build.

One thing that sets me apart from many other DJs is my willingness to give back. While money is important to growing a company, I’m not 100 percent driven by it. I always consider the needs of my client, and never try to sell anyone something that they don’t need. For companies who can’t afford the full suite of services I have to offer (but may want it), if there is a mutually beneficial agreement that we could come to, then I’d surely consider it.

So, what’s next? Any big plans?
Currently, I’m working to finish my Bachelor’s of Science – Audio Production from Full Sail University and adding producer to my resume as well. I want to create my own remixes and original productions. I think as a DJ, production is the next logical progression in my career.

I’m also hoping to gain the attention of a manager and booking agency to begin touring as a DJ. I really would love to make DJing full time career and travel the world partying it up with people from all walks of life. Community wise, I want to give back to the independent artists around the world. There are so many people with tremendous talent but don’t know how to properly market that their talent. As part of my long-term goals, I want to start my own management company to help those truly gifted artists achieve and surpass their own wildest dreams. 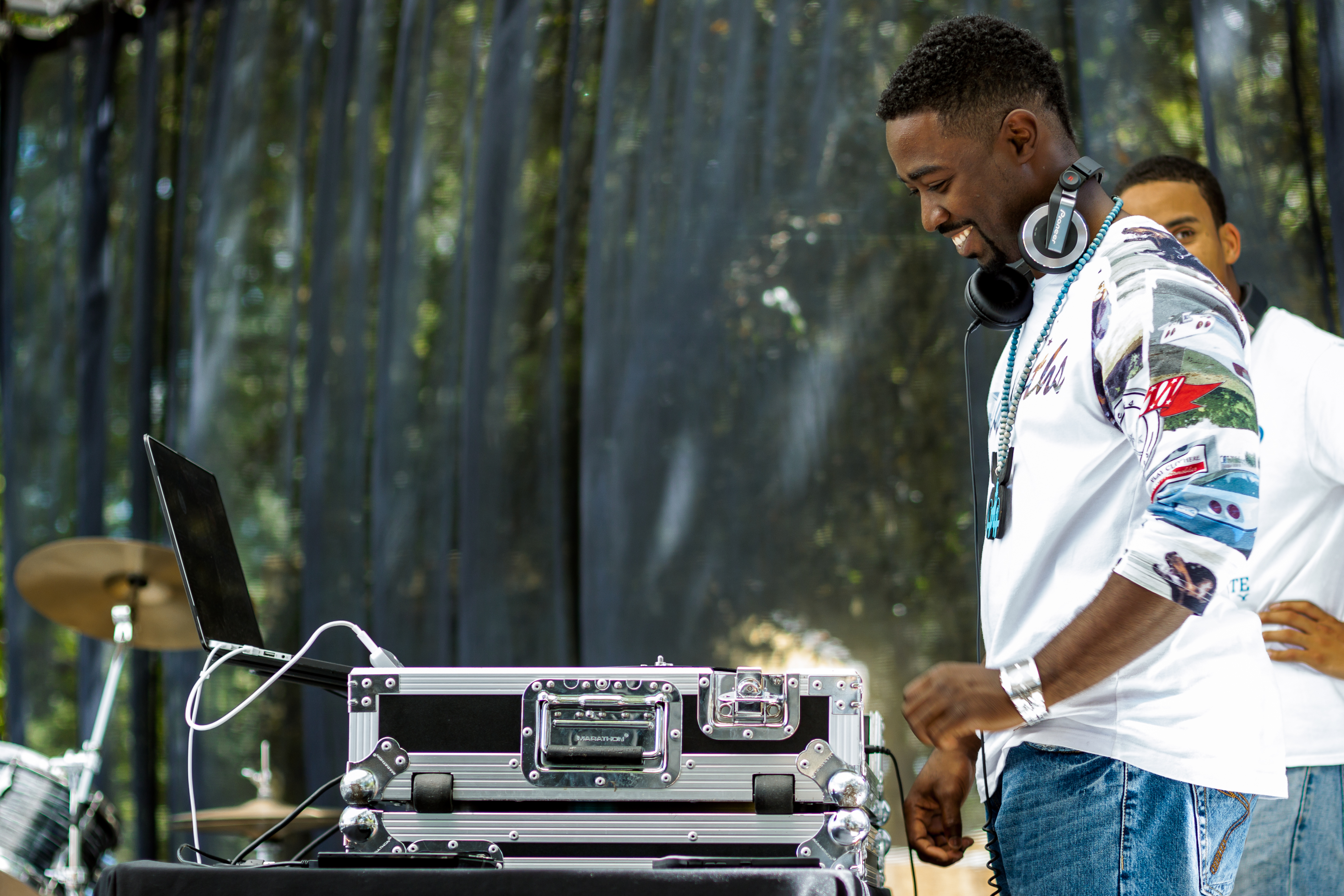 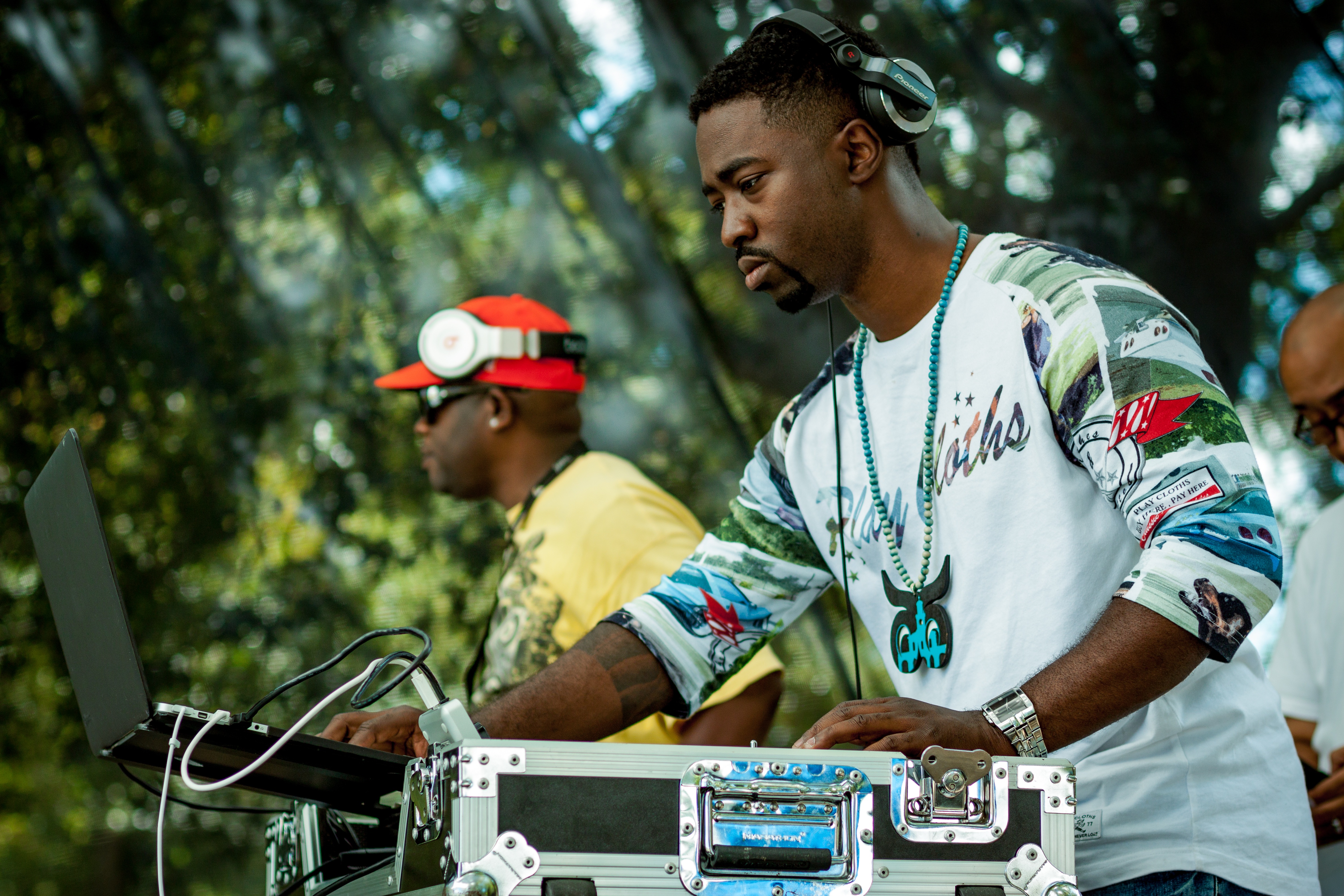 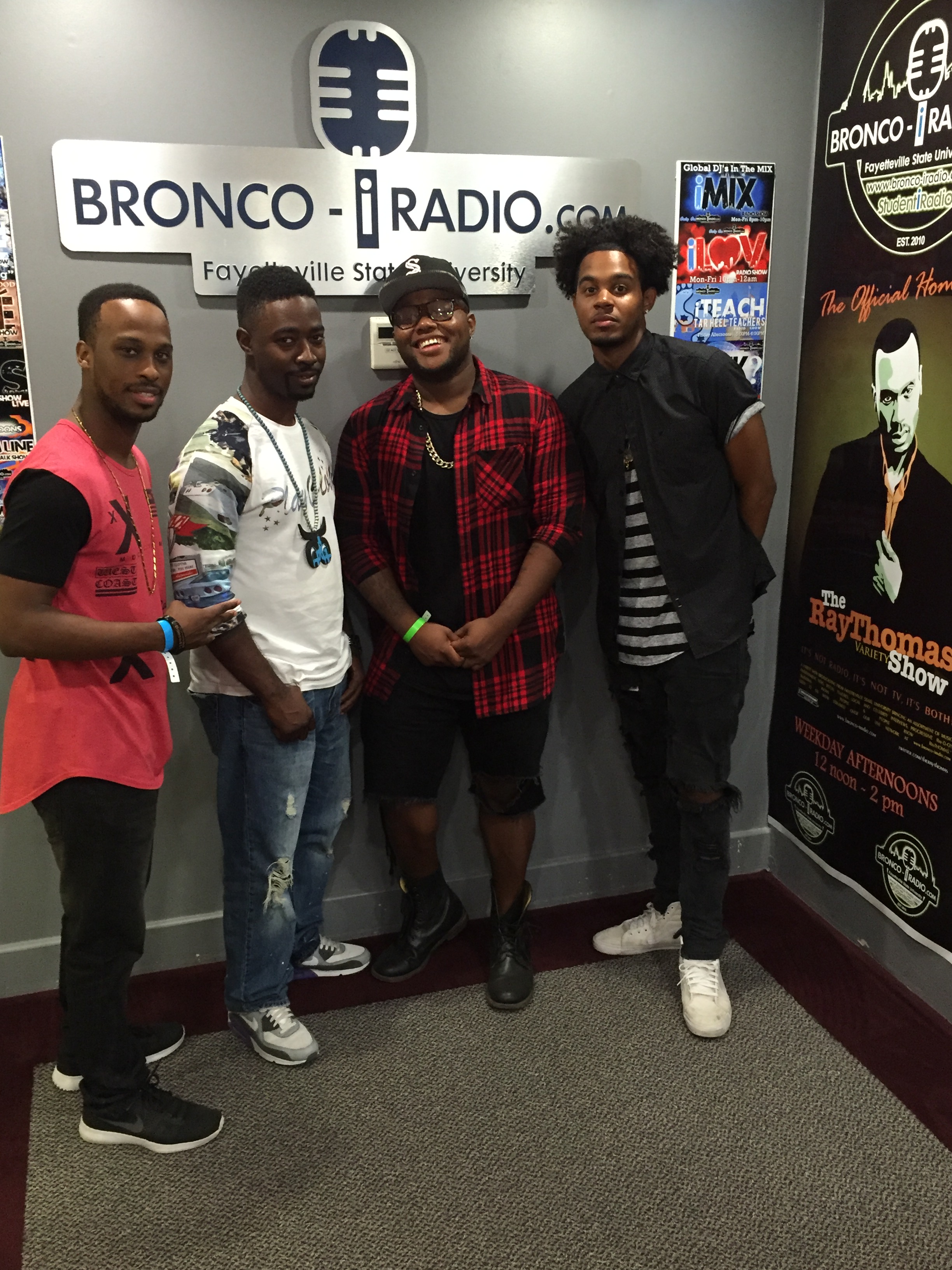 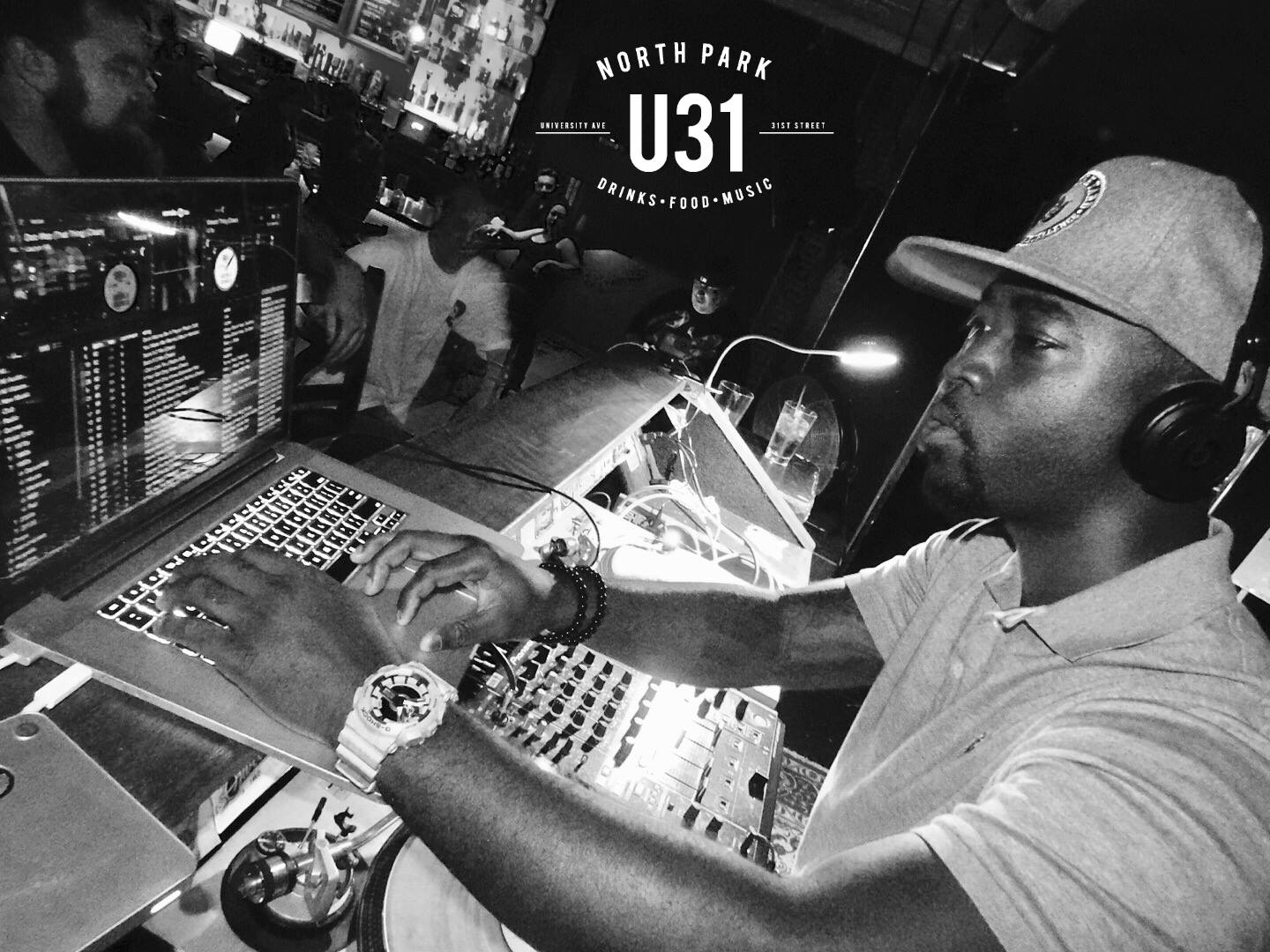 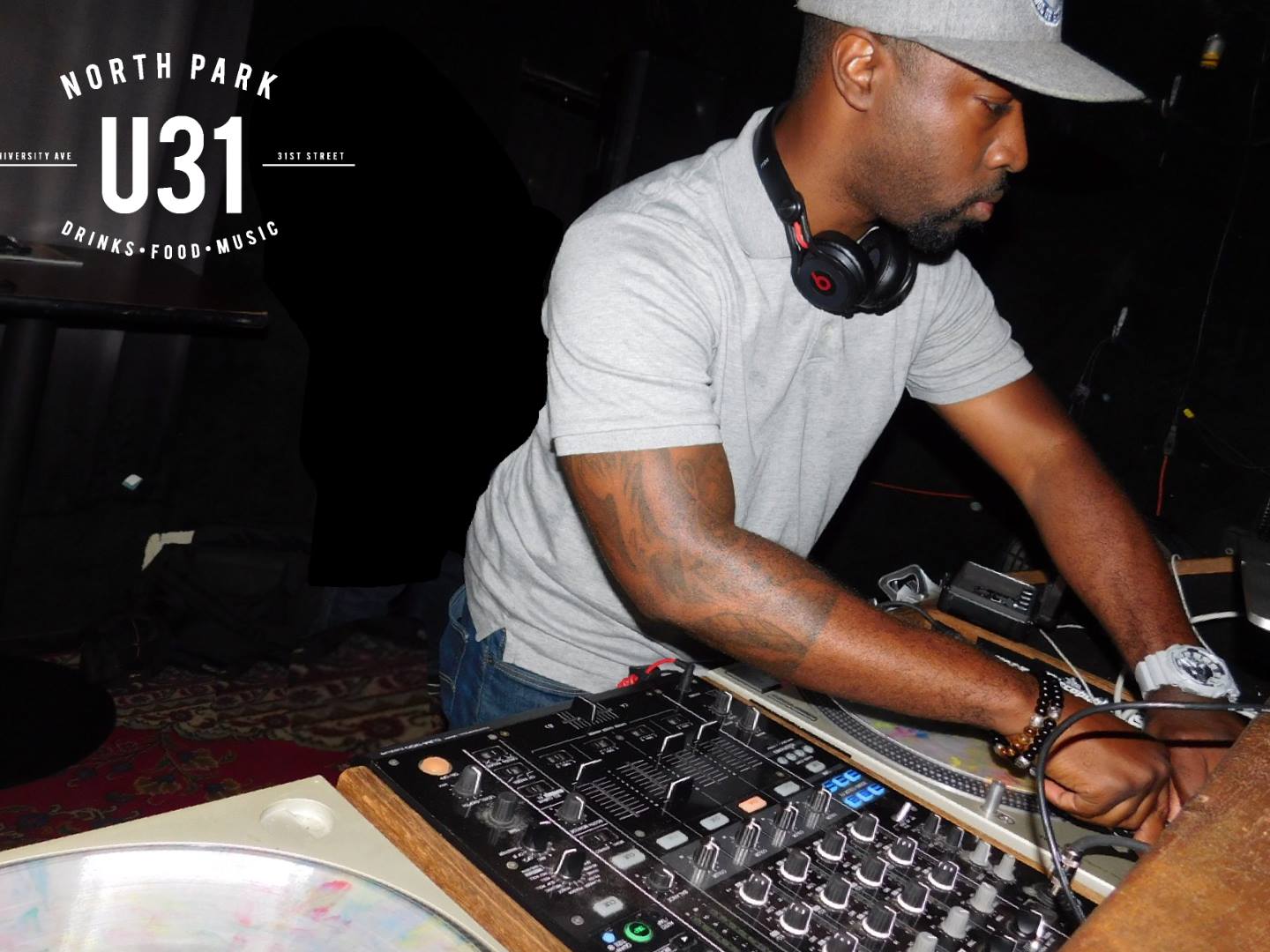 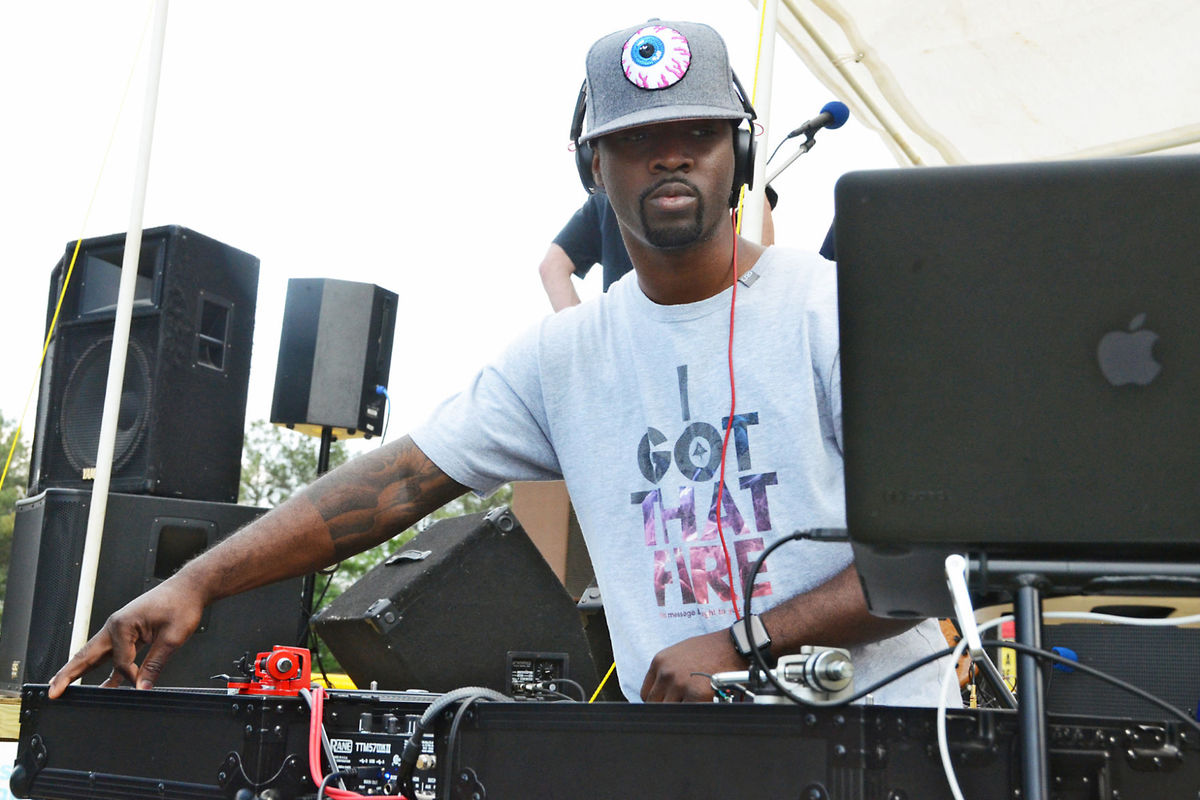