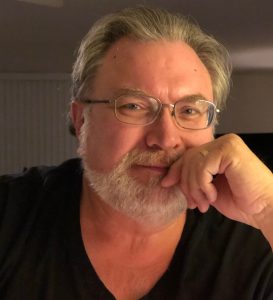 Today we’d like to introduce you to Jonathan Maberry.

Hi Jonathan, please kick things off for us with an introduction to yourself and your story.
I was trained as a journalist, having earned a scholarship to Temple University School of Journalism (back in the mid-70s), but writing for newspapers is one of the few things I haven’t done as a writer. Midway through college, I switched my focus to magazine work, and over the next forty years, I’ve sold over 1200 features and countless fillers, reviews, and columns. My early work mostly focused on martial arts and self-defense, but I soon branched out and wrote about music, travel, skydiving, bartending, parenting, and just about anything else that sparked my interest.

While later teaching at Temple University (1982-96), I wrote textbooks for my classes (Martial Arts History, Women’s Self-Defense, and Jujutsu), as well as textbooks for colleagues who were good teachers but not writers. Along the way, I also wrote greeting cards, plays, product package copy, poetry, (very bad) song lyrics, and anything else that had both words and a paycheck attached. I also began writing nonfiction books for the mass market. The initial ones were about martial arts, but then I took a hard left turn and wrote a book about the folklore of supernatural predators (vampires, werewolves, etc). That book, THE VAMPIRE SLAYERS FIELD GUIDE TO THE UNDEAD, written under the pen-name of ‘Shane MacDougall’, wound up outselling my other books by a wide margin.

The success of that book sparked an interest in trying my hand at some fiction based on the same spooky research. I had never studied creative writing but had – as a teenager—been fortunate to meet and be mentored by literary superstars Ray Bradbury and Richard Matheson. I remembered much of what they told me and applied that to my first novel. It took about three and a half years to write and revise the book, but I was able to land a top agent pretty quickly –Sara Crowe, who was then with Trident Media. Sara sold the book GHOST ROAD BLUES and two planned sequels to Kensington Publishing, and the first but debuted in 2006. That book surprised me –and I daresay a lot of other folks—by being nominated for two Bram Stoker Awards. I lost the one award –Novel of the Year to some guy named Stephen King. However, I won in the category of Best First Novel. As validation for what was essentially an experiment to see if I even LIKED writing fiction, it was a doozy.

Five books later, I was approached to write a novelization of the remake of THE WOLFMAN (with Benecio Del Toro, Anthony Hopkins, and Emily Blunt), which became my first NY Times bestseller, and won a Scribe Award from the International Association of Media Tie-in Writers. I’ve since won two more Scribes and a total of five Bram Stoker Awards. I was also a recipient of the INKPOT Award presented by San Diego ComicCon.

I shifted into being a full-time novelist and am currently writing my 41st novel. I’ve written thrillers, horror, mysteries, science fiction, and (most recently) epic fantasy. My most successful series include the Joe Ledger weird-science thrillers, the Rot & Ruin post-apocalyptic zombie series for teens, the Dead of Night series, the Nightsiders series for a middle grade, and others. My standalone novels include Mars One, Ghostwalkers, Ink, Glimpse, and others.

I was recruited by Marvel Comics to write for them in 2009 and did CAPTAIN AMERICA, THE PUNISHER, THE AVENGERS, WOLVERINE, MARVEL ZOMBIES, and BLACK PANTHER. I later wrote for Dark Horse Comics, and more recently, for IDW, a San Diego-based publisher of both comics and prose. One of the projects I did for IDW was V-WARS, which began as a series of novels and comics, then became a board game, and most recently a Netflix series starring Ian Somerhalder (LOST, THE VAMPIRE DIARIES).

I moved from Philadelphia to SoCal in 2013 and lived in Del Mar for six years before moving to San Diego. Apart from writing, I teach writing and publishing at conventions all over the world and via Zoom. I also run a free monthly networking group for writers of all kinds that are based in Mysterious Galaxy Books in S.D. Several of my projects are in various stages of development for film or TV.

Would you say it’s been a smooth road, and if not, what are some of the biggest challenges you’ve faced along the way?
No road is ever completely smooth, but I tend not to focus on the bumps or potholes but rather on how to navigate past them and keep moving forward. I’m very much an optimist. Not merely a glass half full kind of guy, but glass half full and the waiter is coming with a pitcher. Because I’ve been able to overcome these obstacles, I enjoy sharing those strategies with writers on their way up. I very much view writing as a business that flourishes when there are more people turning out more good books.

Appreciate you sharing that. What else should we know about what you do?
I’ve gotten a couple of different kinds of reputations. I’m known as someone who enjoys the whole process of writing and publishing – even the ugly and frustrating bits. It’s like a video game – difficult, sure, but then you get to the next level, and the next.

I absolutely love helping my fellow writers – from absolute beginners to established pros – move forward and upward. I was incredibly fortunate to have good help along the way, and it’s a delight to pay it forward at every opportunity. I have never viewed publishing as a competition. Rather the reverse. There’s plenty of room in the playground.

As a writer, I’m known for being able to try just about anything. Editors and publishers come at me with invitations for all kinds of projects, many of which are outside of my comfort zone. But that kind of stretching is wonderful. Because of my willingness to try new things, new genres, new forms of publishing, new platforms, I’ve had some big successes that I might not have had if I was more timid. And, I’ve found that other professionals respond to my willingness to go outside my comfort zone as well as my obvious fun at trying new things. I encourage my fellow writers to do the same because it may well be that the greatest success will come from some oddball direction. And… the more we stretch, the more we know, the more we can do, and the more fun we can have.

Have you learned any interesting or important lessons due to the Covid-19 Crisis?
Writers tend to write in isolation anyway, so the social isolation component of the pandemic actually gave us all more time to get work done. In 2020, without having to travel on book tours and make convention appearances, I was able to write four novels (each in a different genre), a slew of short stories, and comics. I’m on track to do as much this year.

Also, I saw publishing itself pivot. The big houses I work with (Macmillan, Simon & Schuster, etc.) were able to successfully transition into virtual offices, with the staff working from home. And they discovered that work product and employee contentment rose. I’ve heard that as the pandemic winds down, some of these houses are going to shift to a permanent hybrid structure. That will save them enormous amounts of money in terms of maintaining large offices, and it will save the employees a lot of money in transportation, eating out, etc.

Most important (to me) is that digital platforms like Zoom, Facebook Live & FaceTime, Crowdcast, Streamyard and others have allowed conferences and conventions to keep going; business meetings with agents and editors were easier; online classes became smoother; and – most critically – people had those platforms as well as social media for communication with the outside world. I do a weekly Ask Me Anything on Facebook Live, and end each session with a request that each person attending take some time to reach out to friends, family, neighbors, or colleagues who may be alone in isolation. To say hi, share some funny memes, maybe do a watch-along with a movie or show, and basically, let them know they are not alone. In the social media age, we can do that kind of contact with the tap of a few keys. It’s a lesson I believe will carry on beyond the pandemic. 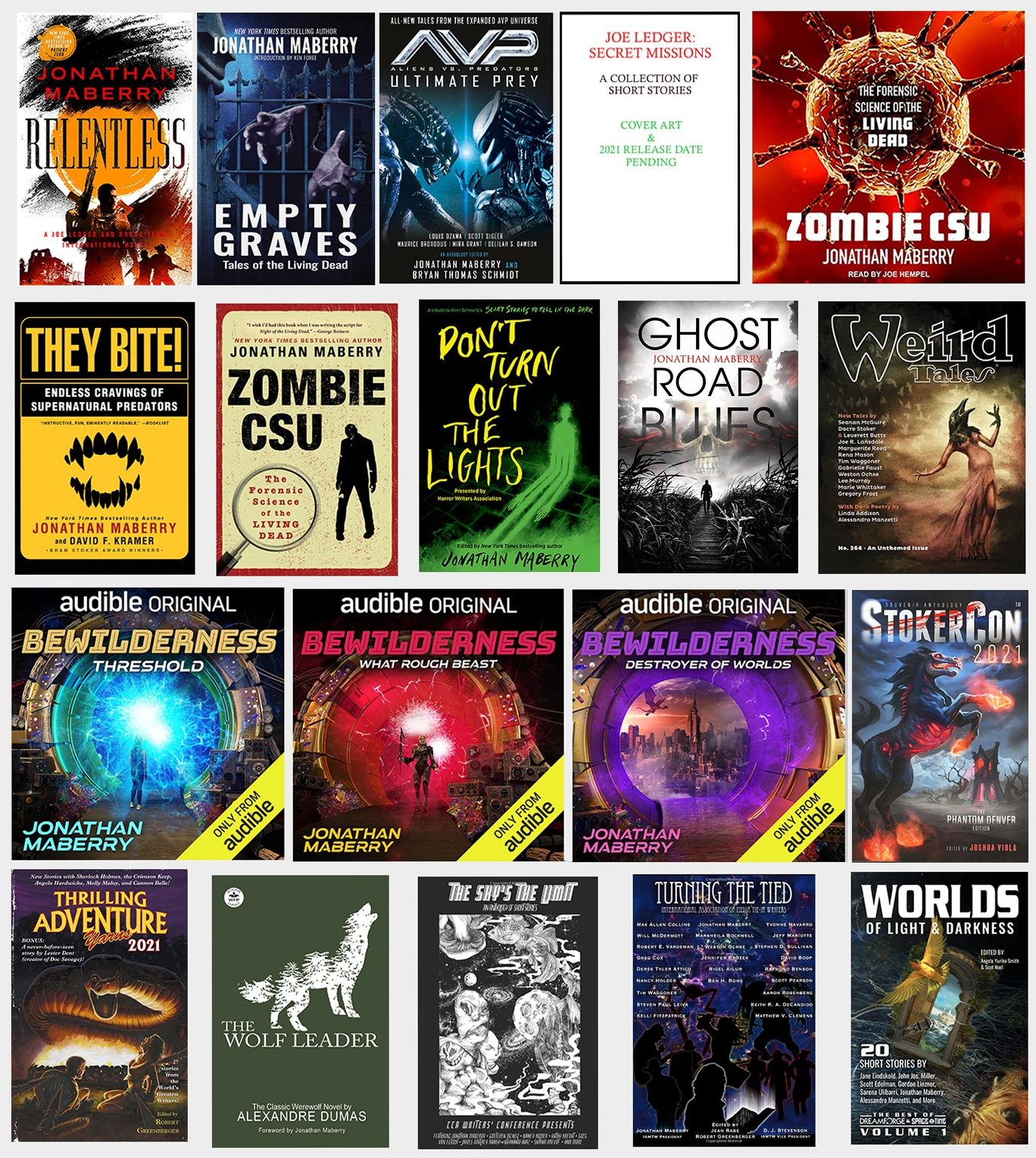 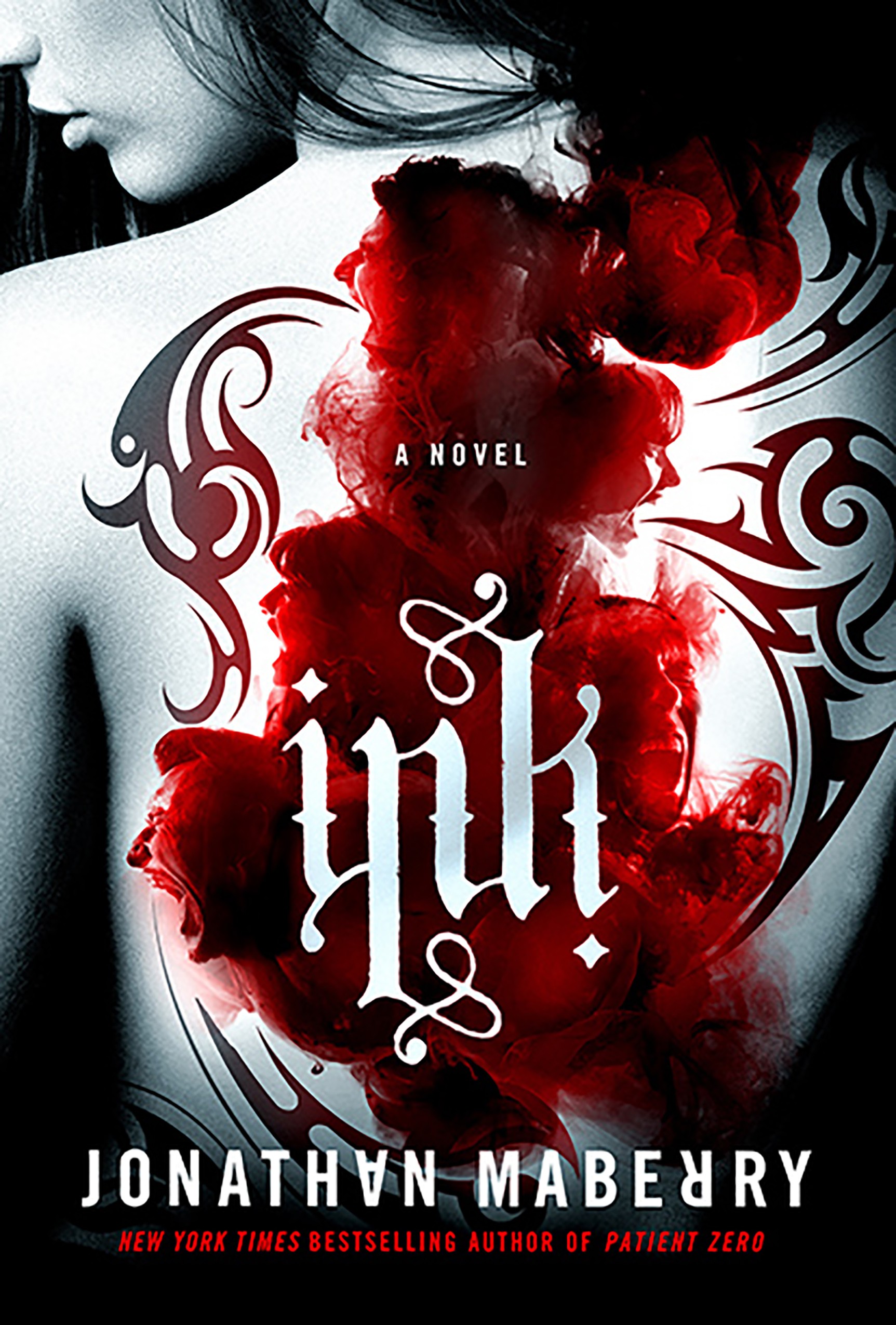 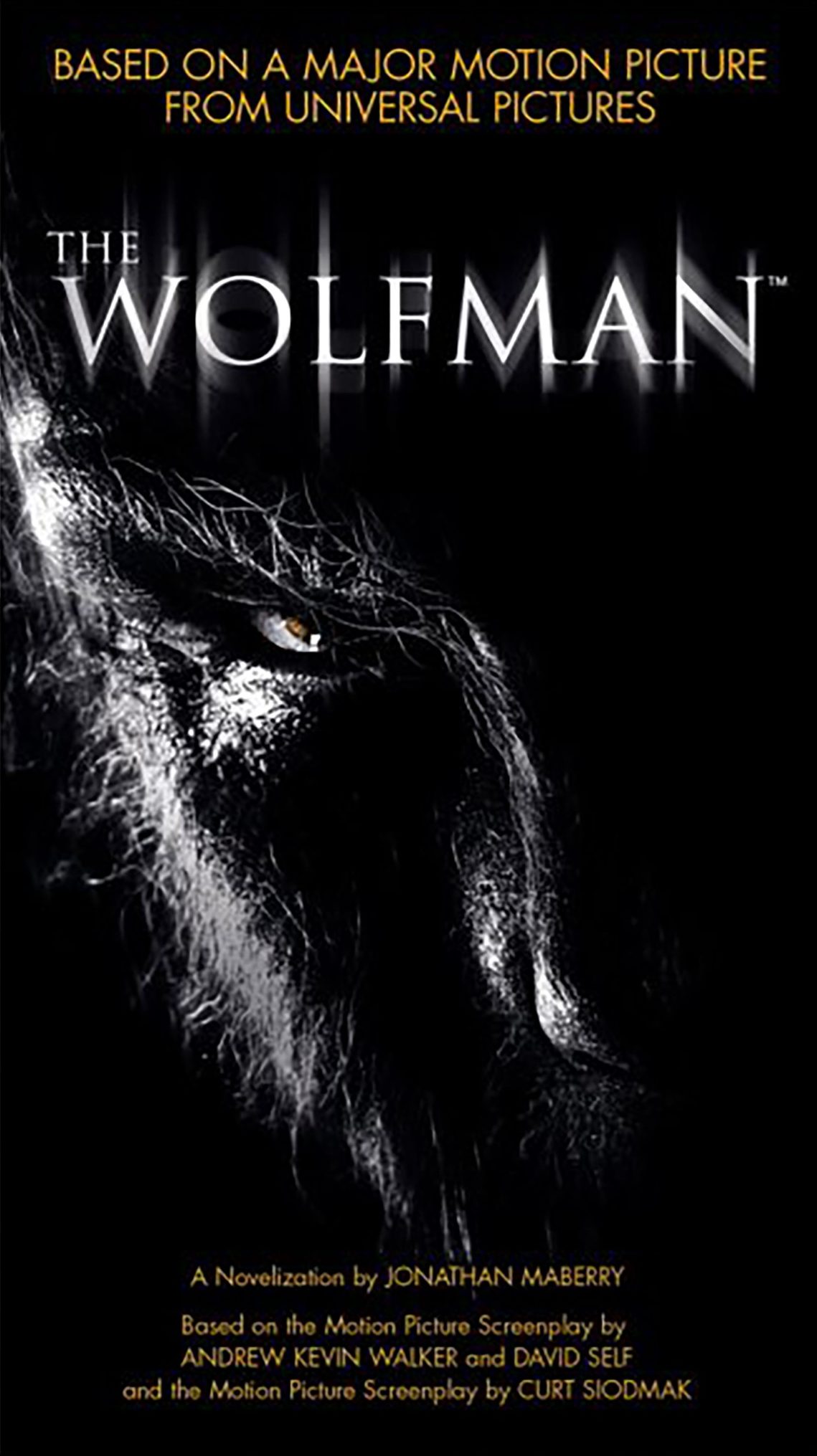 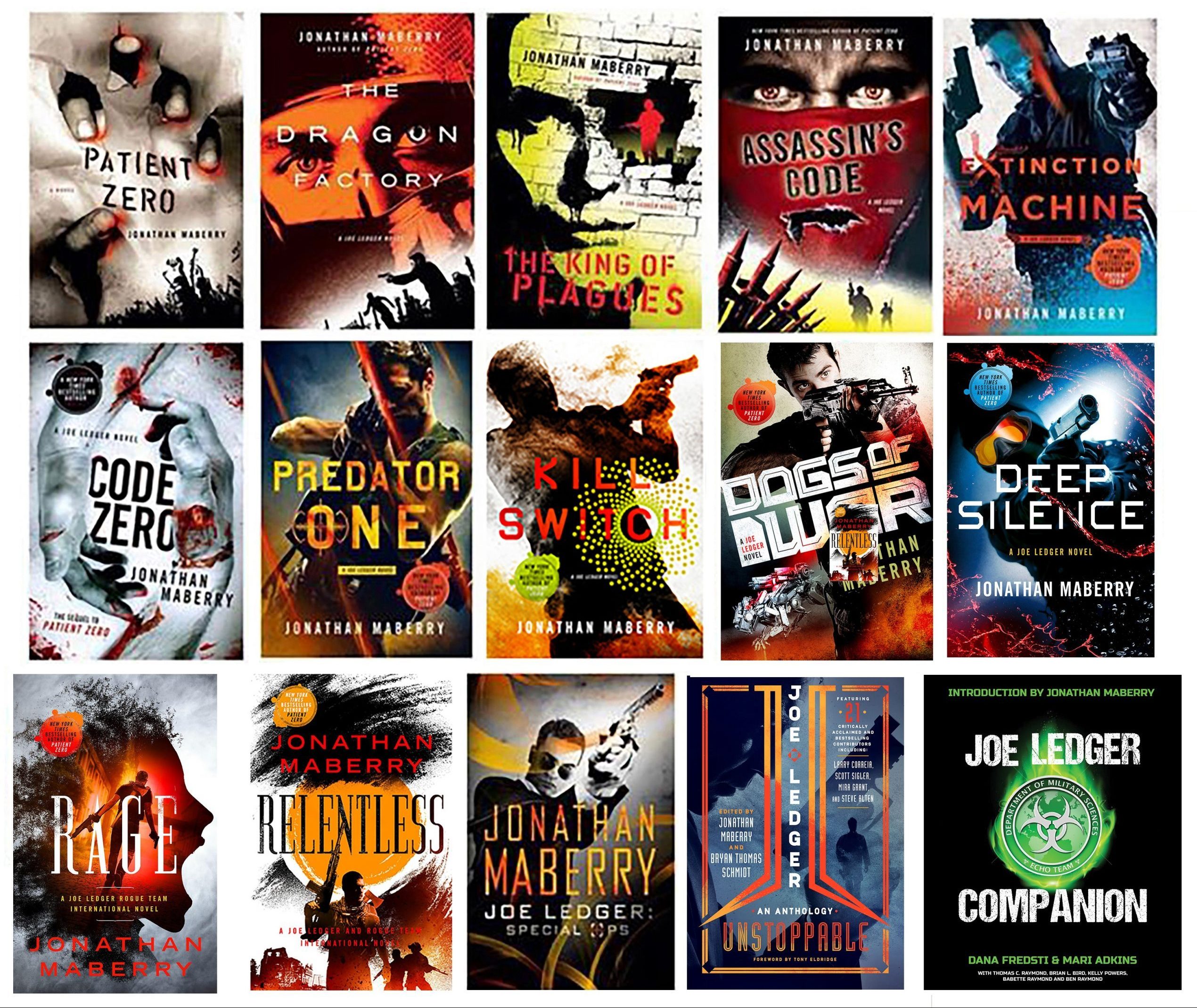 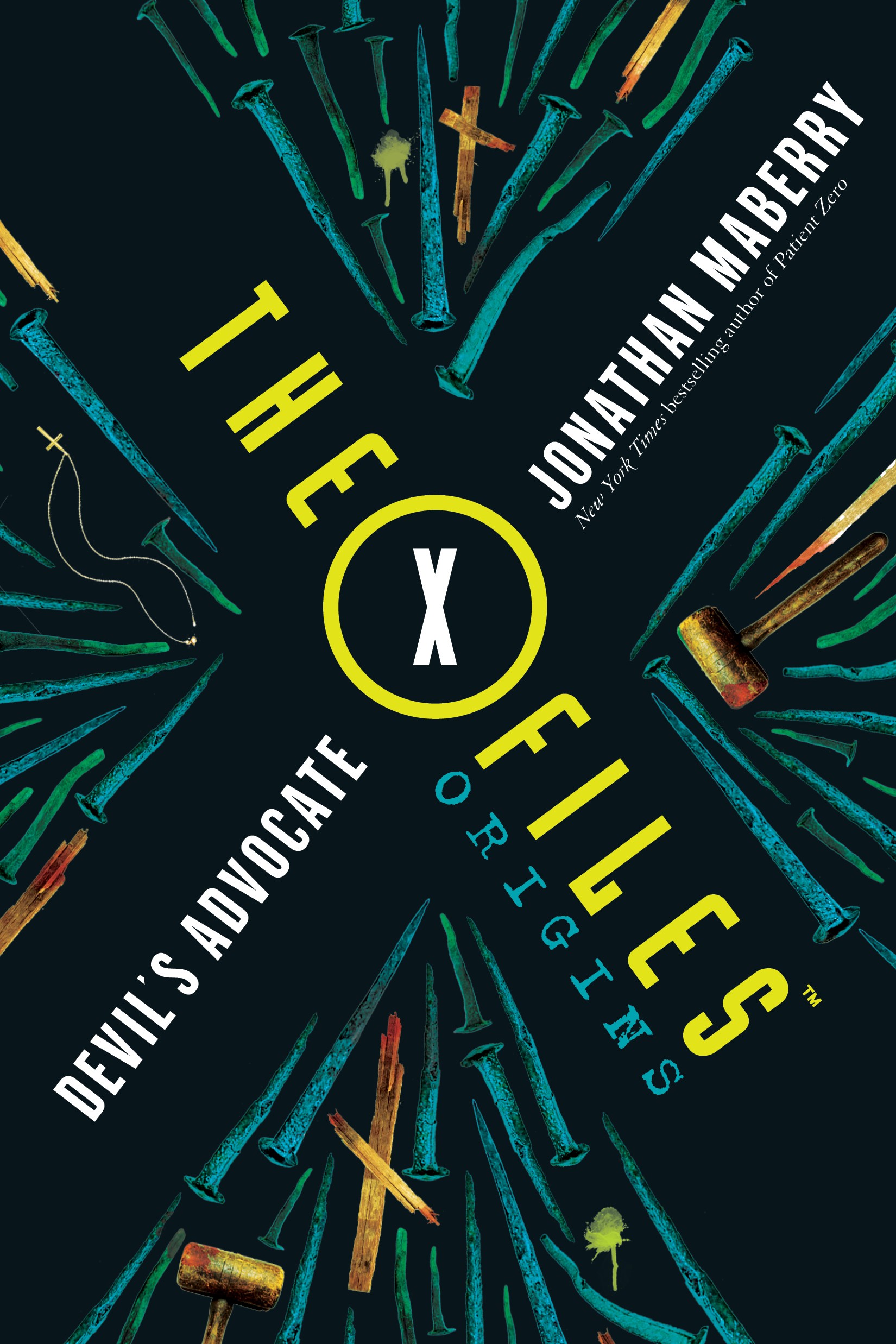