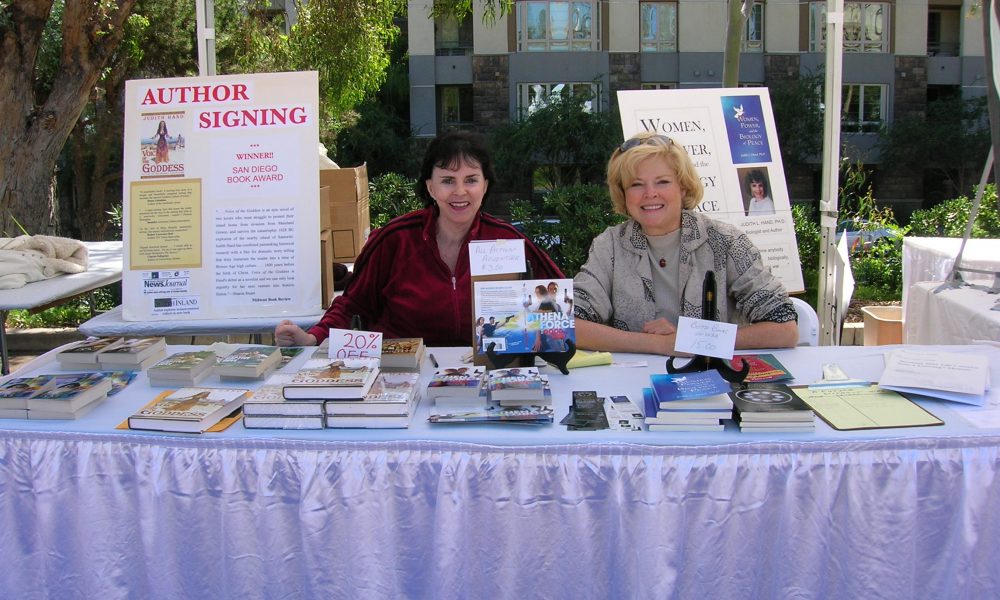 Judith Hand at the left with her editor Peggy Lang

Today we’d like to introduce you to Judith Hand.

Judith, please share your story with us. How did you get to where you are today?
I am by training an evolutionary biologist, having earned a Ph.D. in biology at UCLA in 1979, specifically in the field of Animal Behavior. I studied the communication and conflict resolving behavior of gulls on islands in the Gulf of Mexico and along the California coast. My areas of specialization were in communication, conflict resolution and gender differences, including primate and human behavior. My undergraduate major had been in cultural anthropology.

For several years, I did research and taught at UCLA, then for a variety of reasons, including the retirement of my policeman husband from the LAPD and a move to San Diego, I made a career shift from that left-brain world to the right-brain world of writing fiction.

Several of my novels were published, both under my married name Judith Hand (bronze-age epics) and under the writing nom de plume Judith Leon (contemporary women’s action/adventure). One of these novels, “Voice of the Goddess,” was inspired by a sophisticated Bronze Age culture that was women-centered, goddess-worshipping, and as best we can tell historically, without war; the Minoans of Crete.

To promote the book, I gave a speech entitled “If women ran the world, how would life be different.” I used what I know about the biology of human gender differences when it comes to using physical aggression; natural selection for reproductive success has resulted in our men being susceptible to making war, and women being very strongly inclined to foster social stability, the opposite of war. I also used what I know about the traits of actual societies dotted across the globe that don’t make war. I created a heroine who was the High Priestess of that kind of non-violent culture and a hero from a dominator, warring culture.

The speech explained that if women ran the world, we would not be making war because warring is fundamentally the result of the world’s major cultures being patriarchies. A woman editor friend was so taken with that idea, that we might end the war if women were empowered, that she said if I would extend my speech into a book, she would drop everything to edit it. This was a major fork in my life’s journey: keep writing fiction, or write a non-fiction explanation about when we started making war, why we make war, in what ways men and women relate to the phenomenon of war, whether we might possibly quit making war, and if we choose to end war, what would we have to change about the way we live.

A colleague who knows me well pointed out that I was uniquely qualified to write about gender differences and the biology of war. I agonized over this choice, fearing that if I diverted time from my fiction, that career path would suffer. But since no one else was saying what I could say and because the subject of war is far more important than one more novel, I chose to write the non-fiction.

I began, in 2003, by self-publishing a book, “Women, Power, and the Biology of Peace.” I dedicated it to one of my heroines, the anthropologist Jane Goodall. There has been no turning back. Over the years I built a massive website www.AFutureWithoutWar.org (AFWW.org). I gave speeches at home and abroad, did book signings, wrote a number of blogs, and produced several YouTube amateur videos.

I discovered that I wouldn’t be able to find publishers for my non-fiction about ending the war. This was principally because I was not at a university or other institution that would give me sufficient “credibility.” So, I founded my small publishing business, Questpath Publishing.

Overall, has it been relatively smooth? If not, what were some of the struggles along the way?
Very few roads in life are smooth. Mine has not been.

The challenge to break into the publishing world for my novels would be familiar to the vast majority of writers: you write and submit and are rejected. Over and over. Unless you are famous or lucky for some reason, if you can’t take rejection and keep on writing and submitting, you will likely never get the break you need. You will never find the editor who loves what you write and a publisher who wants the kind of book you write. It took me 17 years before a New York publisher agreed to take my first action-adventure, Code Name: Dove. After that break, the future looked very promising; I simply needed to keep on writing great stories. But 17 years of rejections is a LONG struggle.

The barriers I’ve faced with the non-fiction works on ending war and the need to empower women if we are to have any hope of doing so remain all up-hill to this day. First, most people do not believe it’s possible to end war, so if you propose to speak to their group on that subject, they are more likely to ask someone to come who can tell them how to lose weight, get rich, find a lover, or any of a thousand other things that at least they imagine they might achieve. And read my books? Why pay good money for, let alone read, a book about something you know is impossible. And if I am invited to speak, it is always an uphill struggle to convince anyone that their very legitimate skepticism should be banished.

What about my struggle to get the word out about how critical it is if we want to build a better, less-violent, safer and more nurturing future for the children who will come after us, that it is a biological imperative that we MUST empower the world’s women. Women must become full partners with men in governing our lives because they bring different priorities to the table? Here I am encouraged. Since my first book, in 2003, global recognition of the worth of women has, happily, been growing. Much faster than I had anticipated. And with the #MeToo and #TimesUp movements, I see hope that women may be starting, at last, to realize that if they want a more peaceful, more nurturing future, they must rise up and take responsibility. No more counting on the men to build that for us. Women must take and exercise a decision-making share in governing.

Please tell us about Questpath Publishing-AFutureWithoutWar.org.
I continue to occasionally add materials to the AFWW.org website. My major focus for several years was to write and publish a major work, “Shift: The Beginning of war, The Ending of War.” It’s available in soft-cover at Amazon.com and as a Kindle download.

I love to travel for pleasure, most recently to China, India, and Nepal. And as part of my continuing research on the human potential to live without wars, I’ve visited and spoken with persons living in societies that anthropologists categorize as non-violent and/or non-warring: the Sami in northern Finland, Kung San of Botswana, and the lovely country of Norway. My questions for them, not surprisingly, include curiosity about how women are treated in their worlds.

In May 2018, I will publish a new book, “War and Sex and Human Destiny.” It explores the evolution of gender differences as these relate to war. That’s the “War and Sex” section. It also looks into our future; our world is experiencing a titanic struggle for how we will be governed between patriarchies and liberal democracies. That’s the “Human Destiny” section. It’s been a most interesting and relevant historical observation that, unlike the many kinds of patriarchies that we have created over the last 10,000 or so years, democracies tend to not make war on each other. Only time will tell which of these paths our species will take.

Before I became fully absorbed with issues of war and peace, I had co-written a novel about a woman running for the US Presidency; Hillary Clinton would soon make her first attempt. I had hoped to find a publisher for the story, and was actually surprised that my agent kept hearing from editors that they “did not want to see another book about a woman running for president.” So “Assassin’s Rose” got tucked away in a drawer. But because who will take the presidency next is now even more timely than it was back then, and women in politics are making great inroads, I’ve dusted the story off. I’m in the midst of seeking a publisher for it. It tells the story of a heroine with a unique vision and passion for the great cause of ending a war and the forces opposed to her cause that work to stop her “by any means necessary.”

If you had to go back in time and start over, would you have done anything differently?
What, if anything, would I do differently if I had to start over? This is a question that makes me chuckle. When I left teaching high school Biology to go back to grad school my husband, a man of the world said, I should go to law school rather than seek a Ph.D. in Biology. He rightly pointed out that law school would take only 3 years, not 4-5 and I would have a profession where I could make enough money to buy him a sports car!

I do occasionally wonder what it might be like if I had taken his advice, most especially, if I now had more money to put into causes I care for. But, my goal never included a desire for wealth beyond basic security. In the end, I have always followed my passion. I did what I loved or in the case of giving up the career in writing fiction for the hard and much less profitable road of non-fiction, doing what I felt was my responsibility. And now, coming close to the last years of my life, I must confess, I wouldn’t do anything differently. 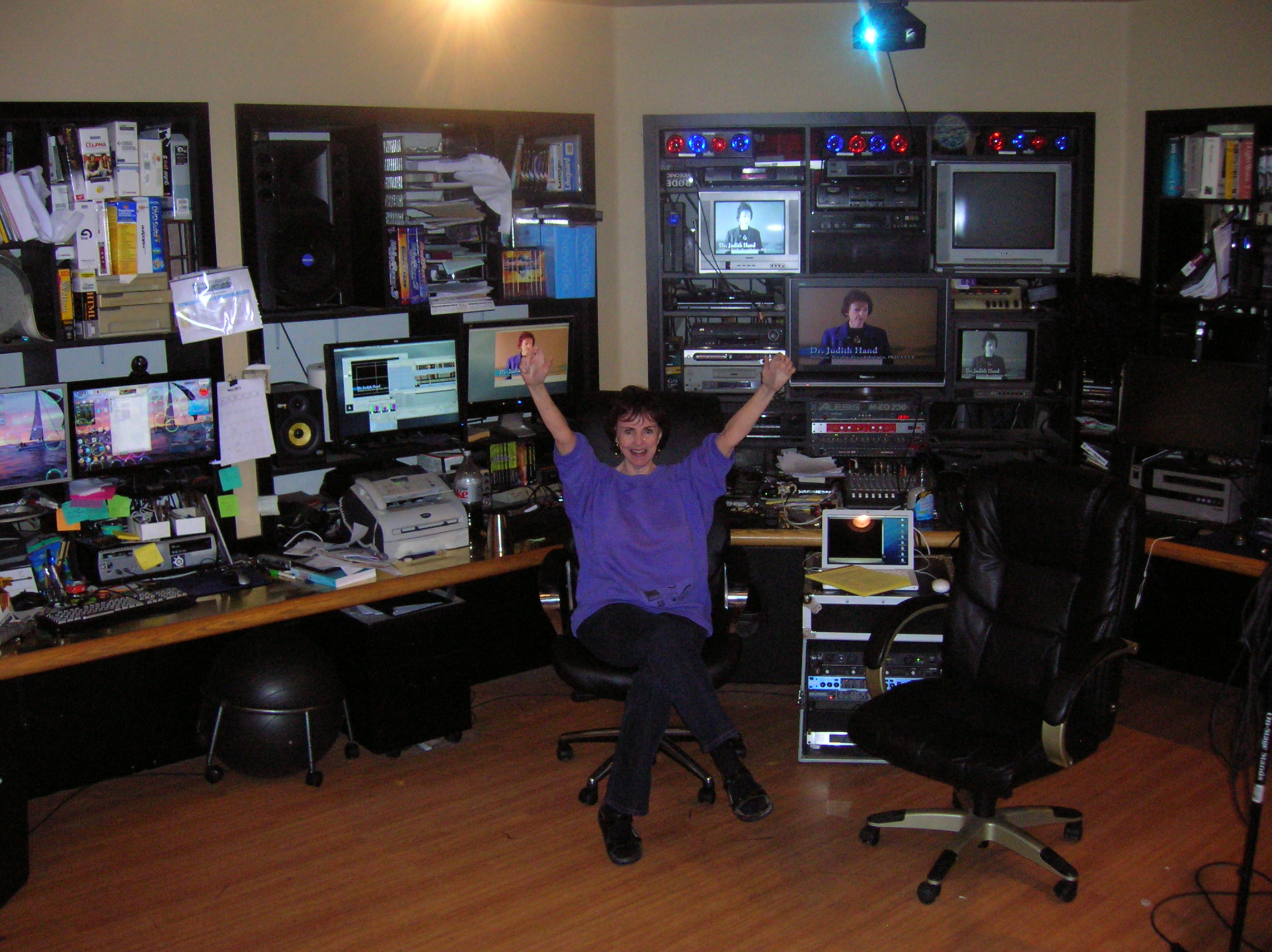 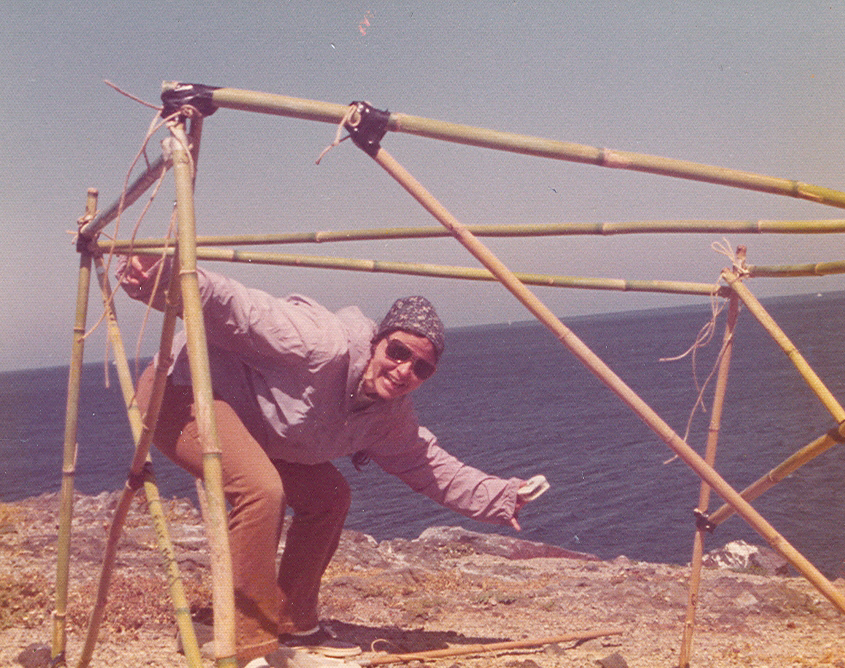 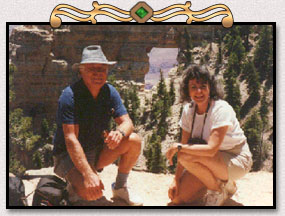 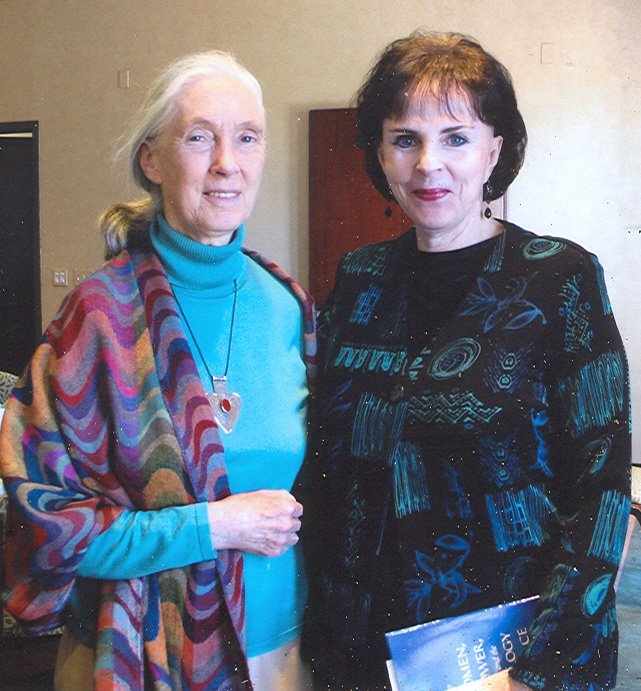 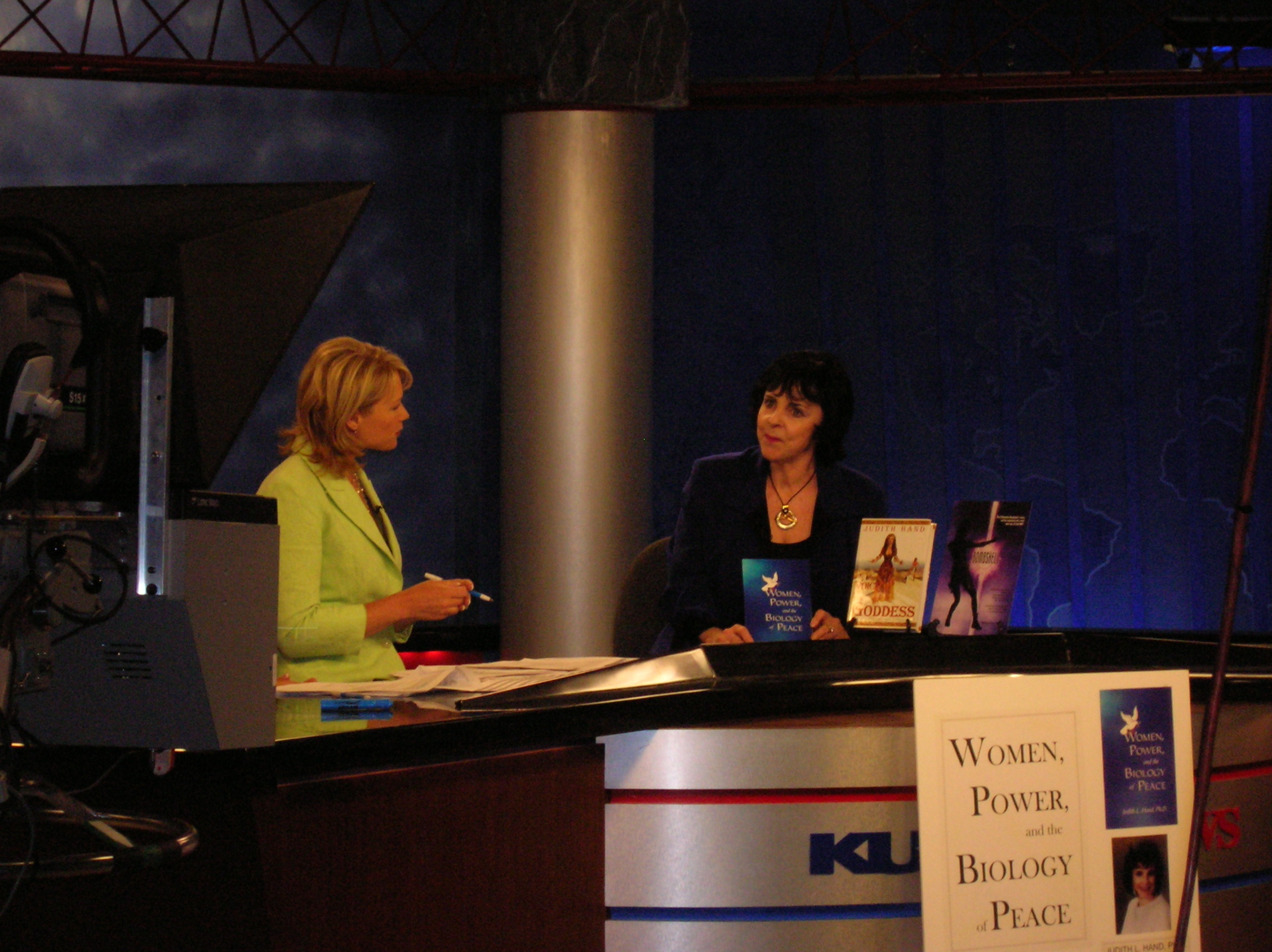 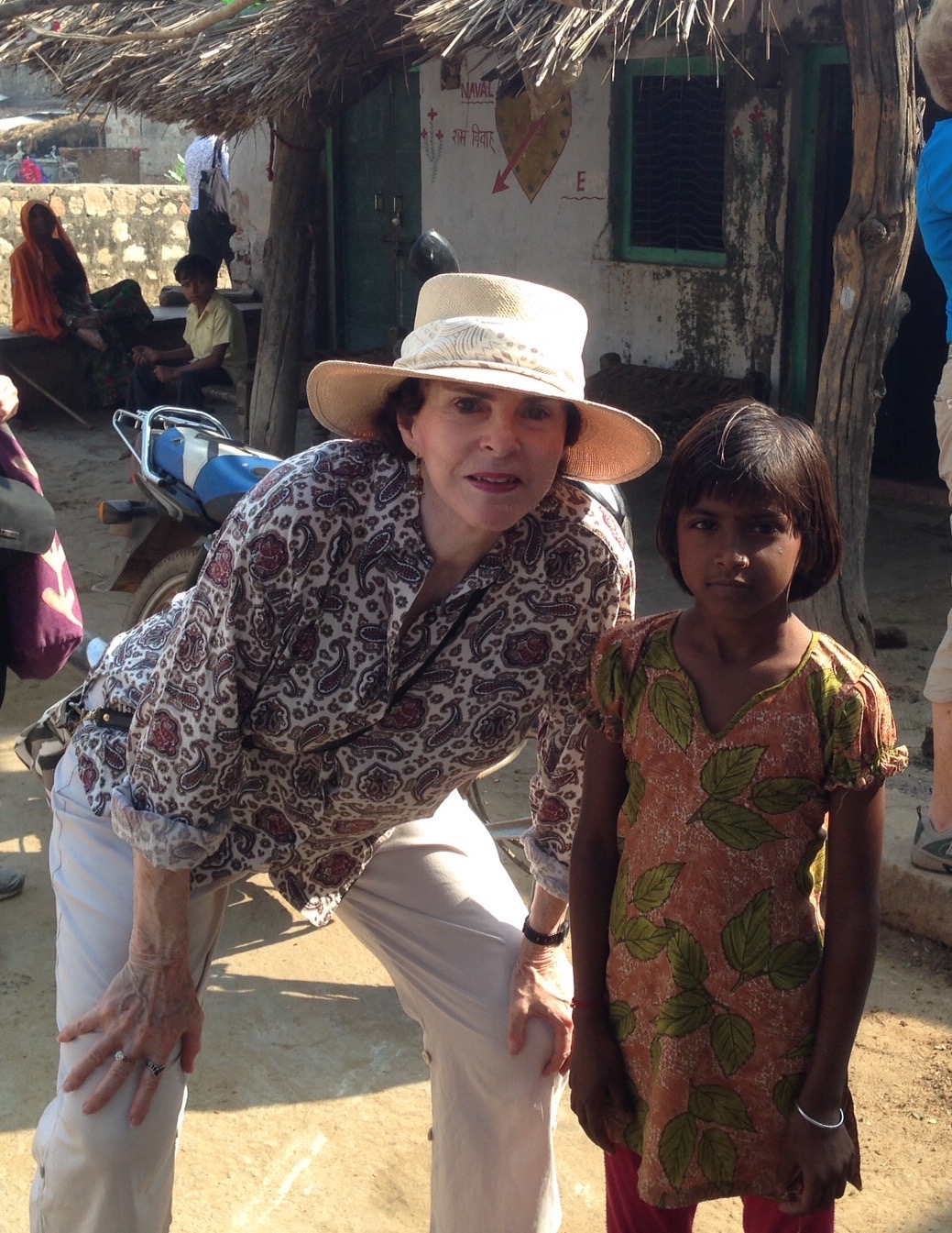 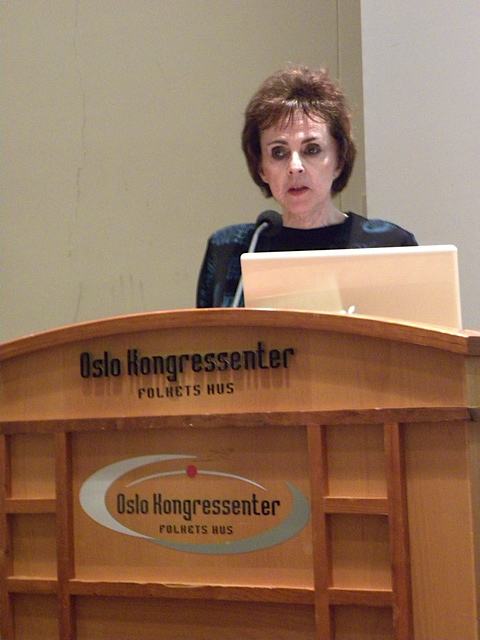 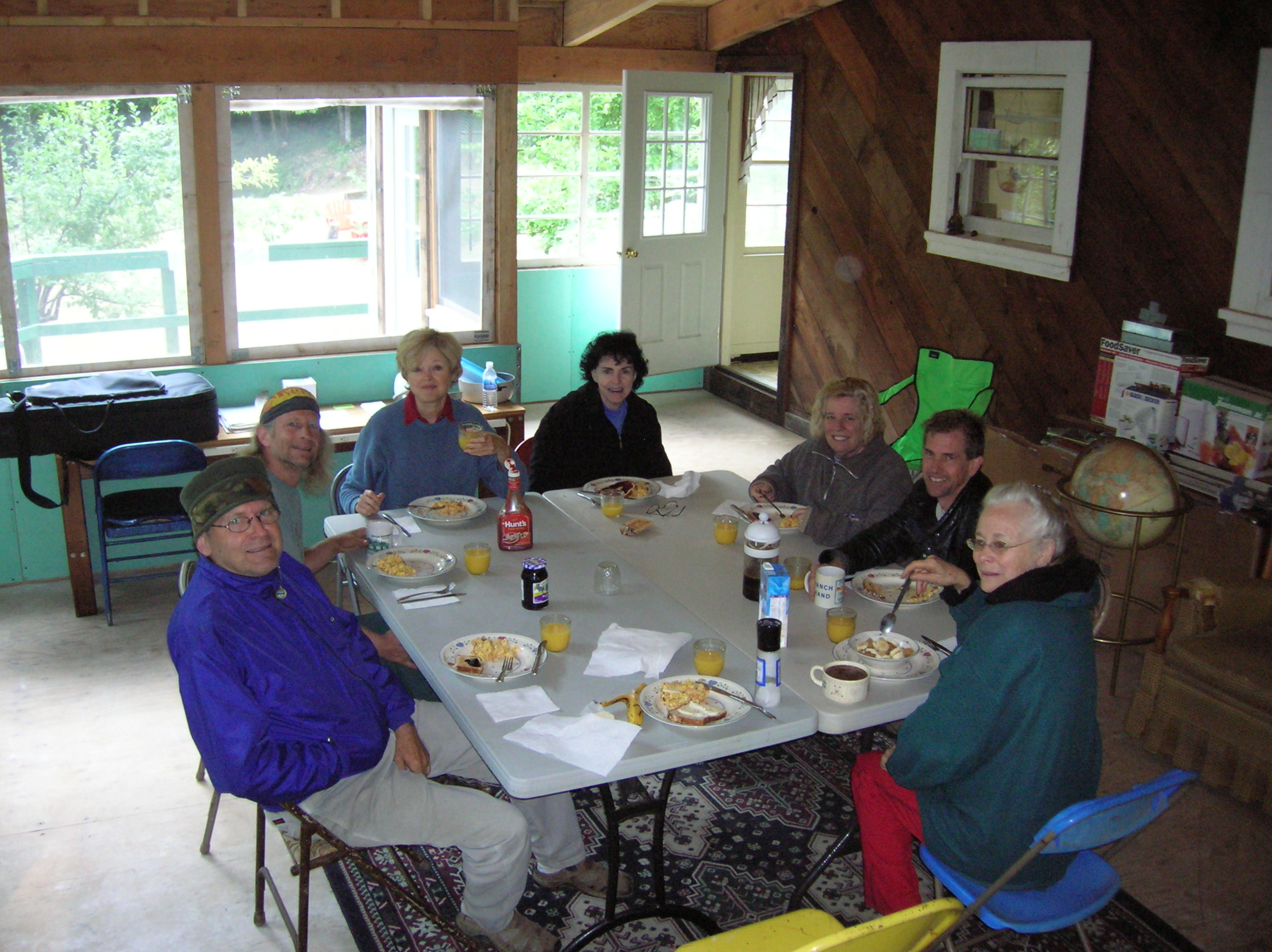