Today we’d like to introduce you to Judy Salinsky.

Hi Judy, thanks for joining us today. We’d love for you to start by introducing yourself.
My entire family is creative. While growing up, I just assumed everyone was and I never thought much about my artistic abilities until I was in high school. It was at that time I discovered my strengths; A’s in dance, art, music and C’s in typing, English and reading. Right after graduation, I moved out of my parent’s home at 17, supporting myself by becoming one of the first “Box-Girls” that Safeway hired.

Knowing I didn’t want a life-long career in the grocery business, I started to work on my degree at Palomar Community College. Of course, along with my general education courses, I took art classes.

Because I grew up on the beach and have been swimming since I was two-years-old, I gravitated to the college pool. The year was 1973, there wasn’t a girl’s swim team yet, so my friend and I started the first Palomar all-women’s swim team. We were allowed to compete for only two years. It was a blast while it lasted.

While walking from the pool to the locker room, I passed the dance studio and became intrigued. My mother was a professional dancer when she was younger, and since I wasn’t able to swim competitively any longer, I began taking dance classes to follow in her footsteps. I was in classes with girls who had many years of ballet experience, but I was determined to make my dream to become a professional dancer come true; not listening to anyone but my own heart.

After graduating from Palomar, I studied very hard, taking private lessons, as well as dance classes at San Diego State. In my opinion, State’s dance department didn’t have enough good instructor at that time, so I auditioned and was accepted to U.C. Irvine, earning a degree in modern dance, my first step in becoming a professional dancer.

I was flown to Las Vegas to audition, but it was very tacky and I declined the position. I then went to New York to audition as a Rockette, the most prestigious dance line in the country. While in New York I experienced stage fright. It was a very dramatic and sad for me, but in retrospect fortunate, because if I stayed in New York, I wouldn’t have met my wonderful husband. I continued my dance career, at times dancing six days a week; I weighing in at 117lb at 5’10”, I wore myself out and had two major injuries, which caused my dance career to end.

Once again, back to Palomar, where my fine art career began. Enjoying creating in many mediums and haven’t looked back.

I’m sure you wouldn’t say it’s been obstacle free, but so far would you say the journey have been a fairly smooth road?
I feel that my biggest obstacle is the fact that I am an eclectic artist. I love creating all forms of two and three-dimensional art, and at times, have three or more projects going at once. Unfortunately, sometimes this can led to both an emotional and motivational drain. Also, those individuals who get an artist hopes up to create something or buy something that would really be a dream come true, then change their minds and decline their interest. No Sale.

Can you tell our readers more about what you do and what you think sets you apart from others?
I take the wonders of our Pacific Coast and create oil paintings, abstract acrylic ocean themes, bronze sculptures, and graphic art representing our coast, ocean and the creatures that inhabit it, especially those who I swim with in the ocean; the stingrays and garibaldi.

Risk taking is a topic that people have widely differing views on – we’d love to hear your thoughts.
“Living on the edge” that my husband’s usual quote when I start thinking of a new project. One that really comes to mind is my experience working with the Living Desert Animal Park in Palm Desert, California. When we visited the park, which was very small compared to other zoos and animal parks in Southern California, we found it an unexpectedly wonderful experience that just got better as we explored deeper into the park. While I was in the gift shop, I noticed the items they had were genetic, nothing that represented the Living Desert animals. I went up to the counter and spoke to the clerk, stating “If you ever need any art work, please let me know”.

To my surprise, the sales lady turned out to be the manager and said; “Yes, I need meerkat t-shirts for the “Roar and Snore” kids camp. “Great, we live in San Diego, I’ll return with some samples of designs and get them printed for you.” At the time, I had no idea about screen printing, let alone what a meerkat was, but I learned very fast. This risk-taking opportunity landed me five years of being the graphic artist and designer for Living Desert in Palm Desert, as well as for Prospect Park in Brooklyn, New York.

Second big risk:
An opportunity came up to apply for the California Nation Sculpture Society Show in New York City. I had only been sculpting for three years, but thought the worst that would happen was they would just say “no”. My piece was accepted into the oldest sculpture organization in the country and was shown in the New York City show. 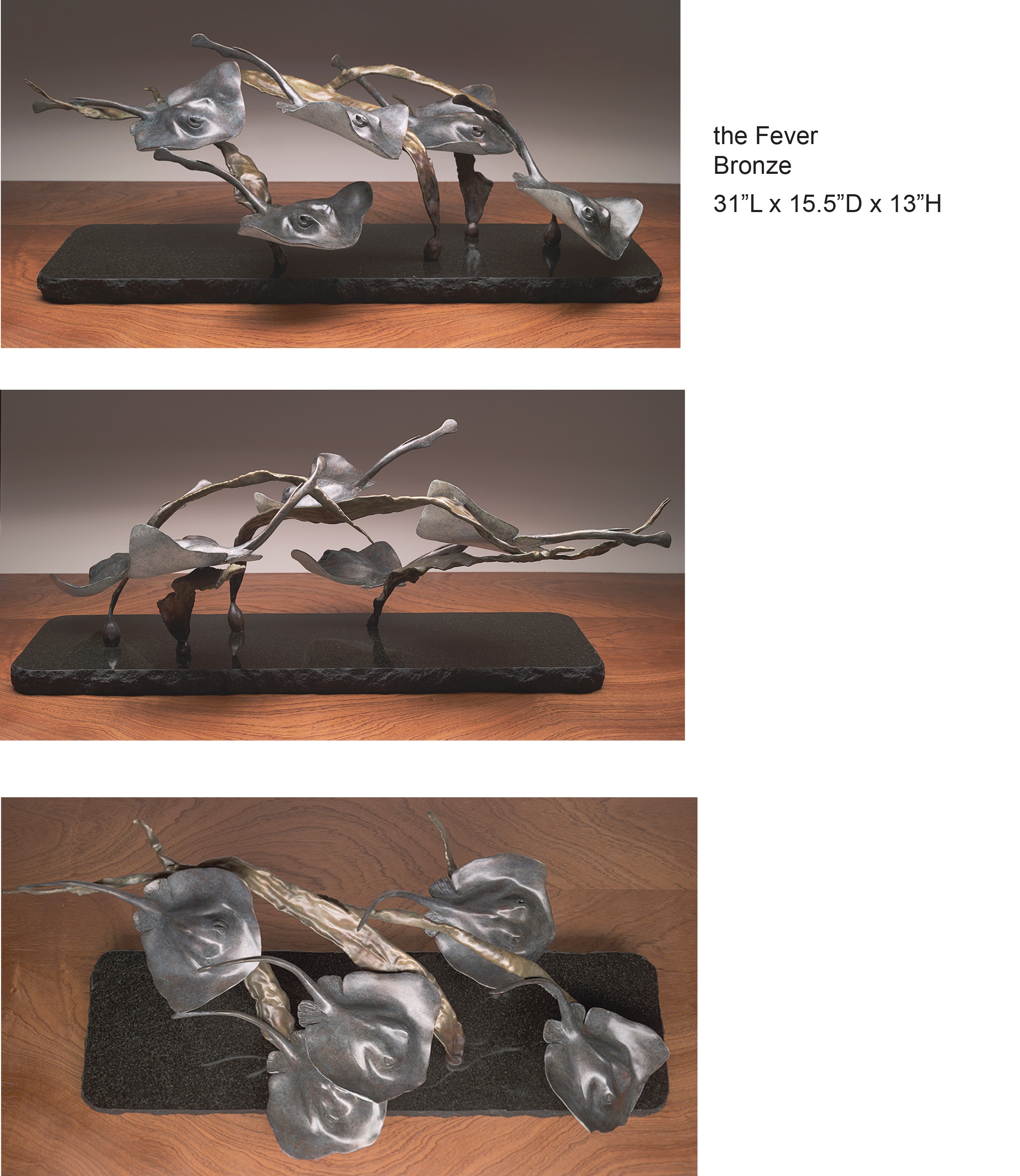 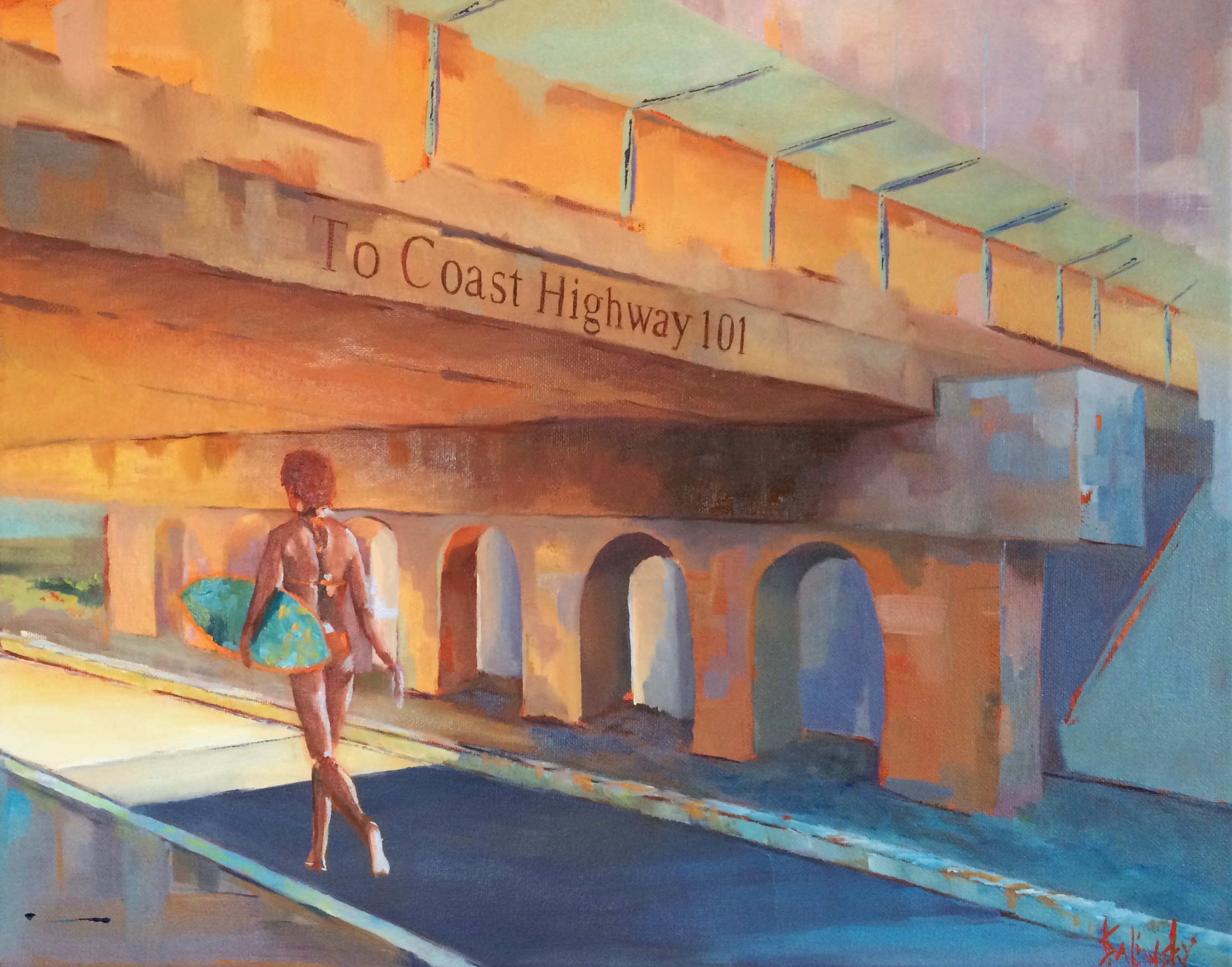 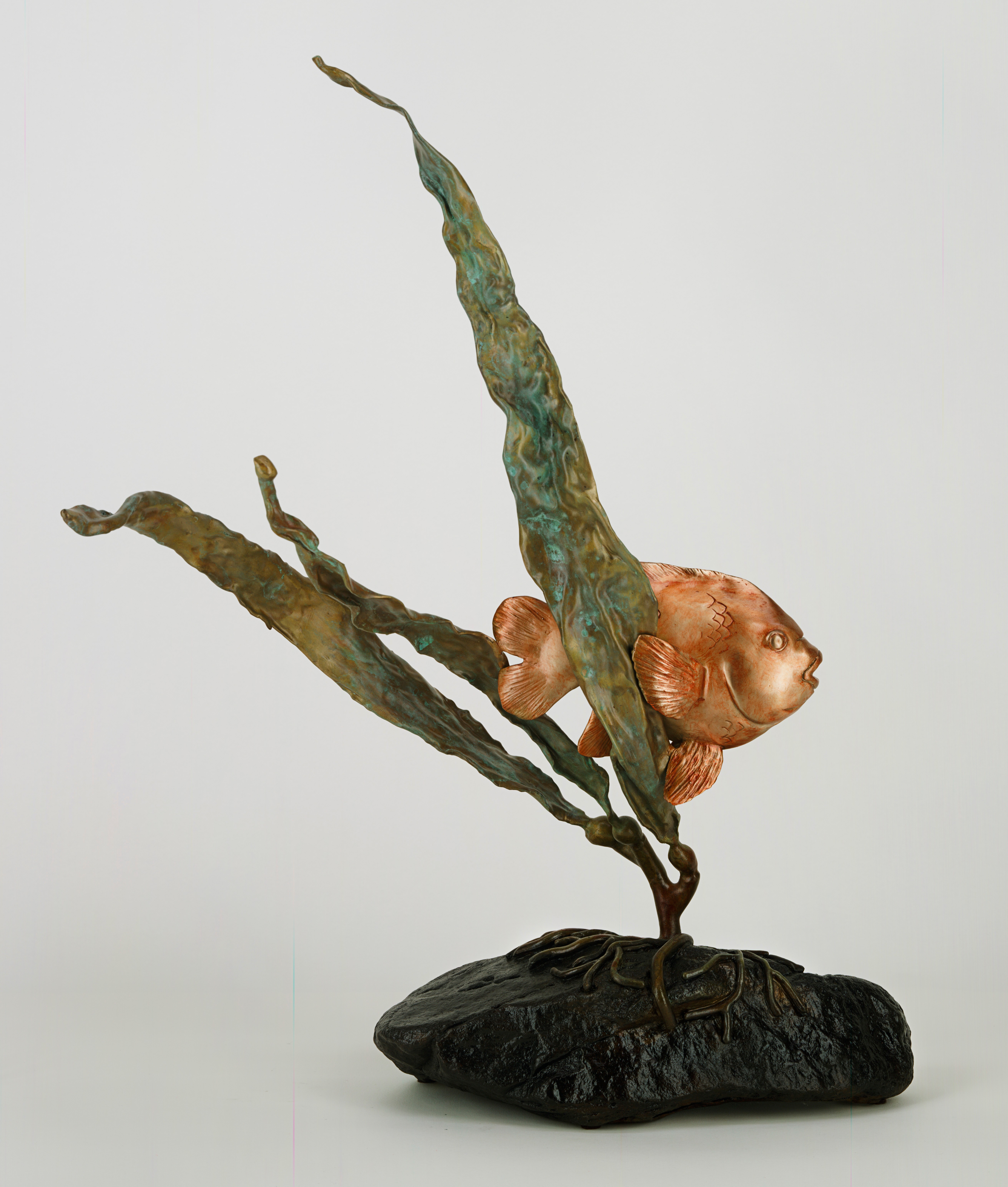 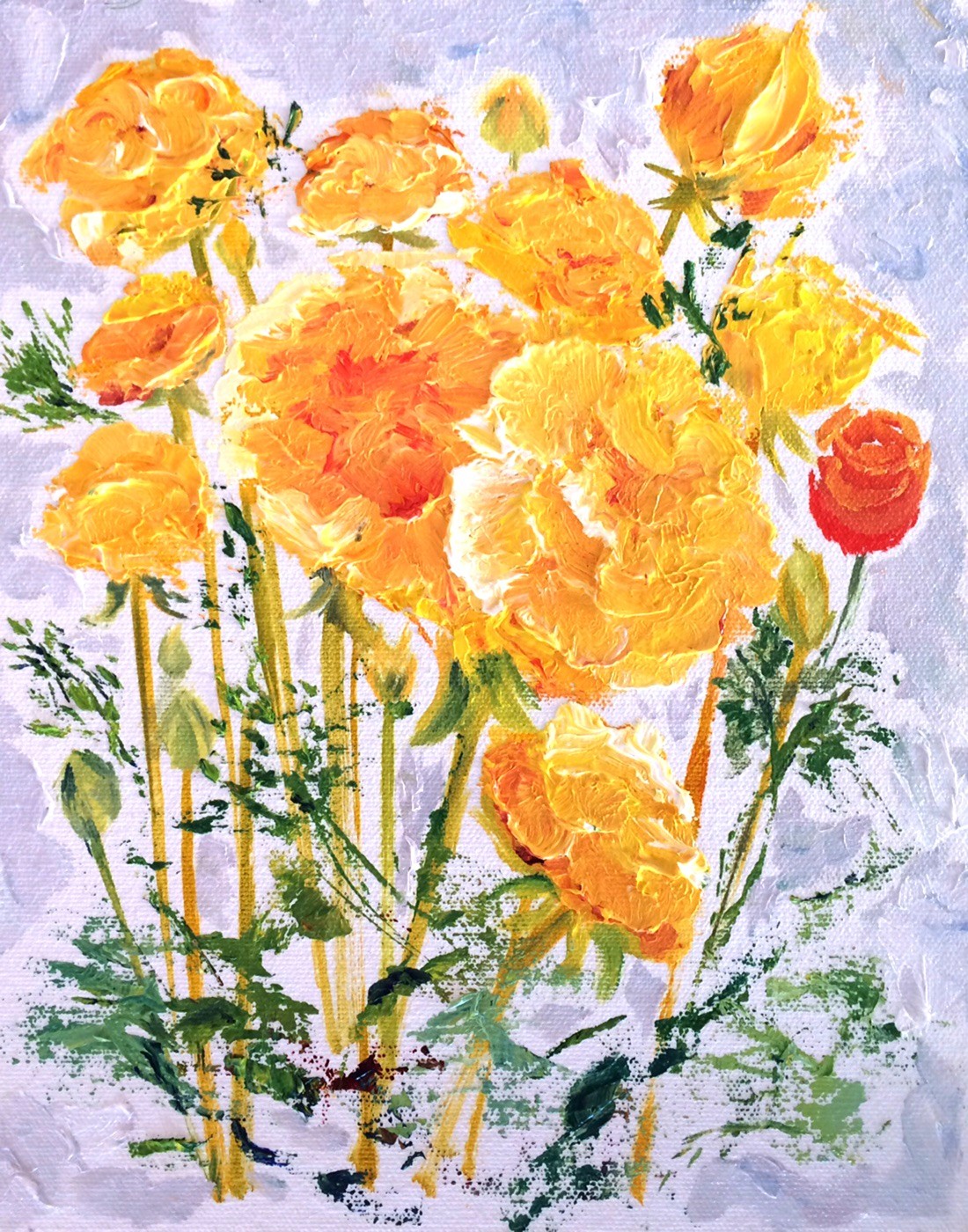 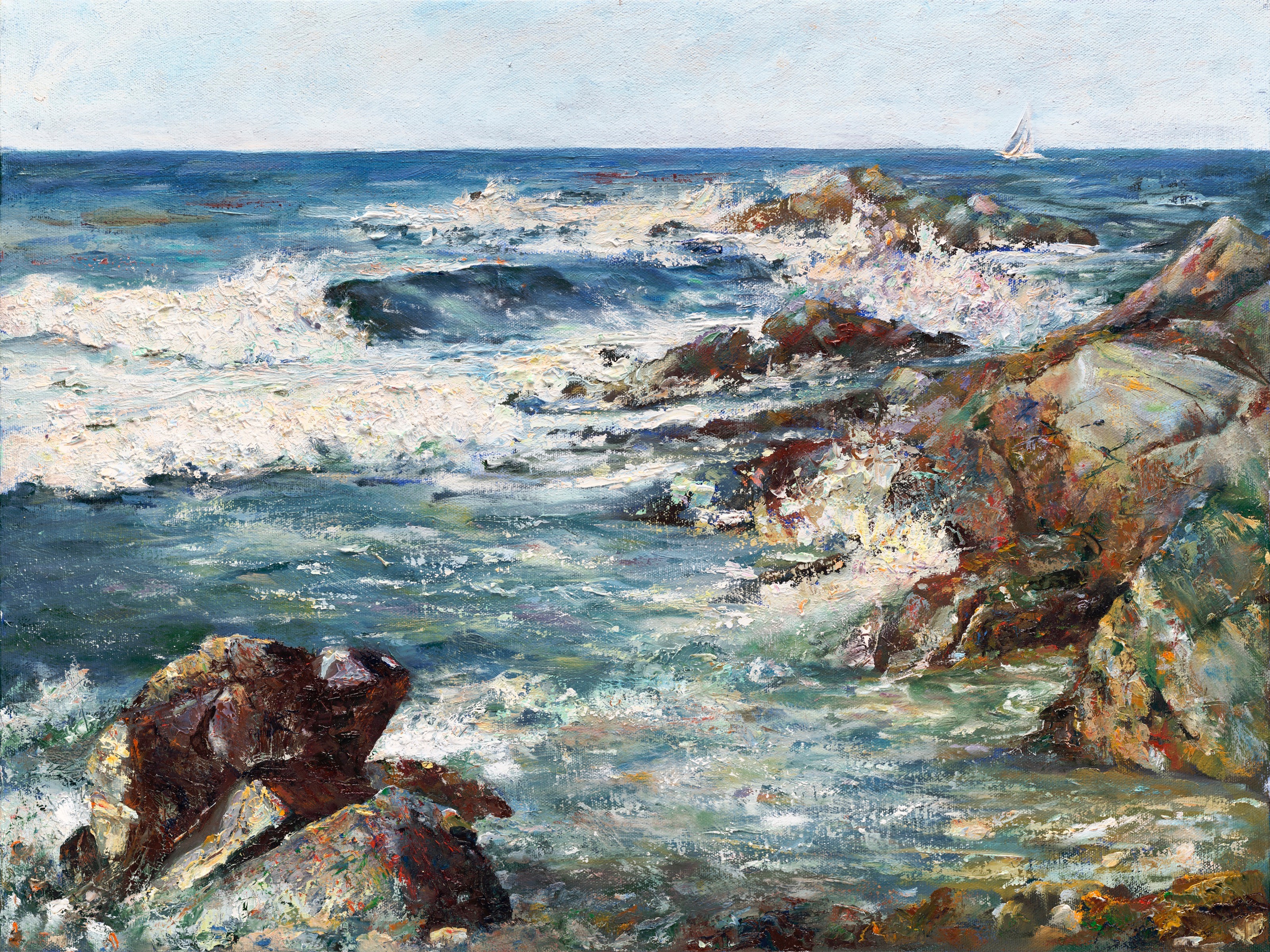 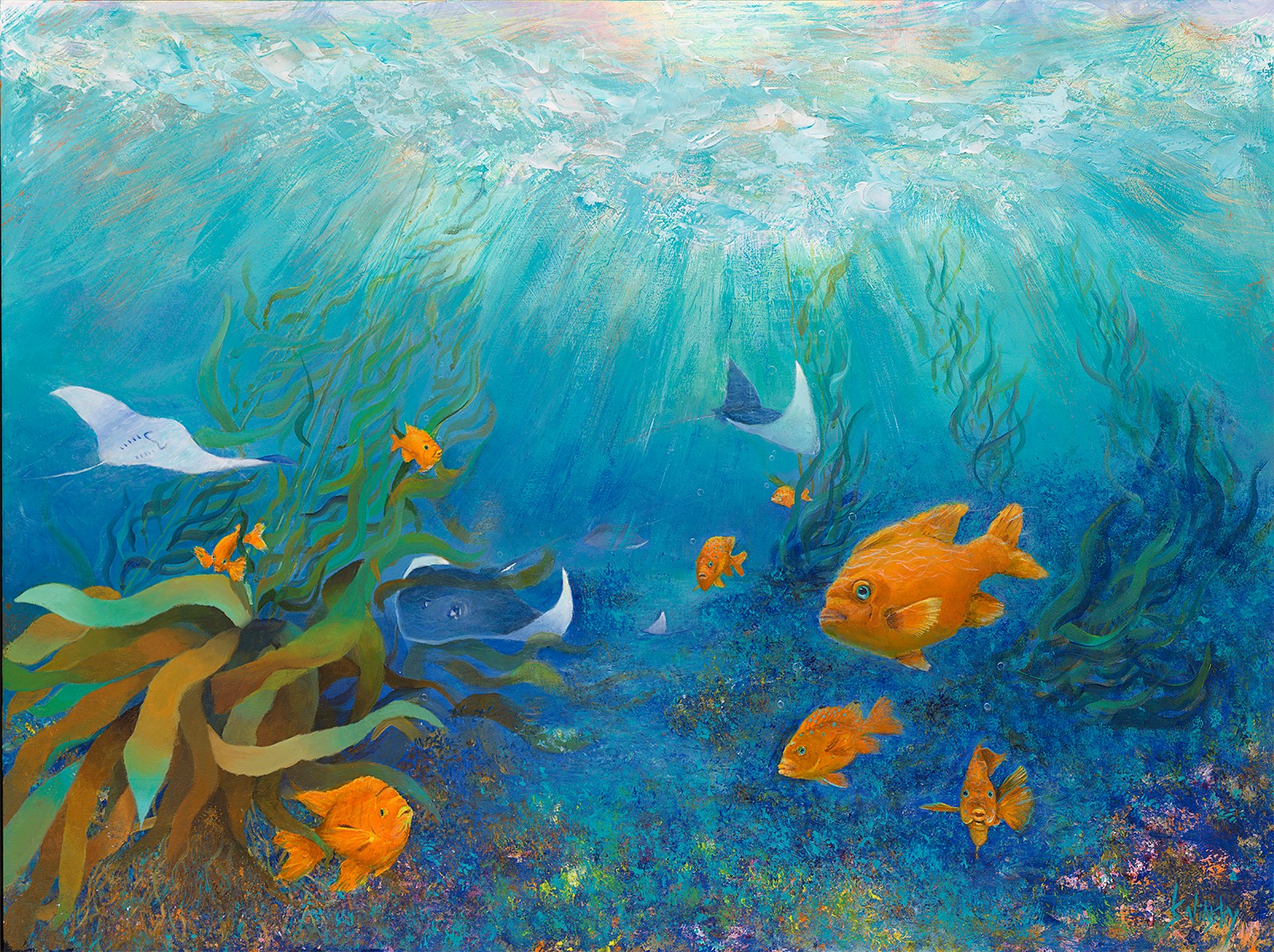 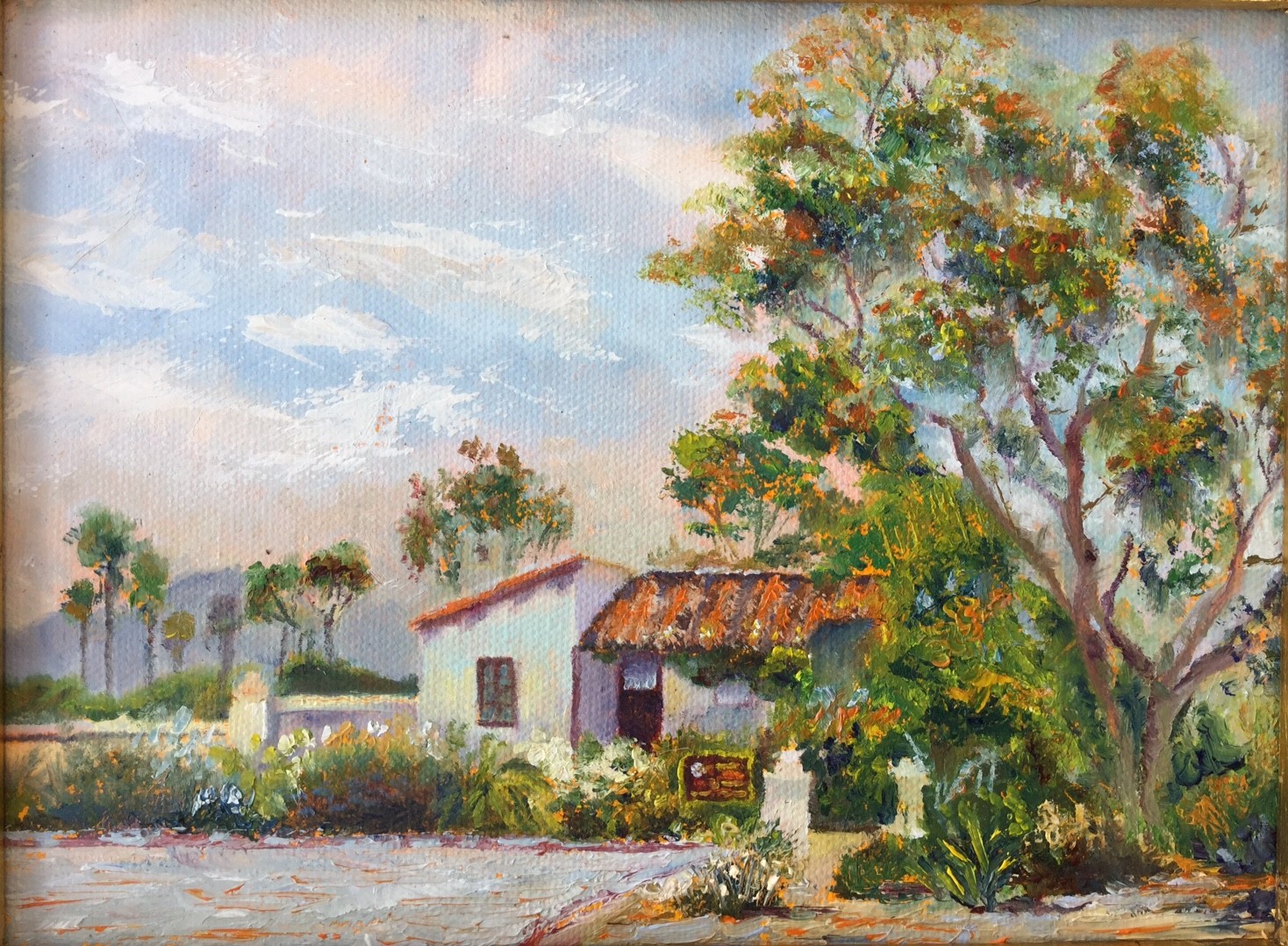 Suggest a Story: SDVoyager is built on recommendations from the community; it’s how we uncover hidden gems, so if you or someone you know deserves recognition please let us know here.