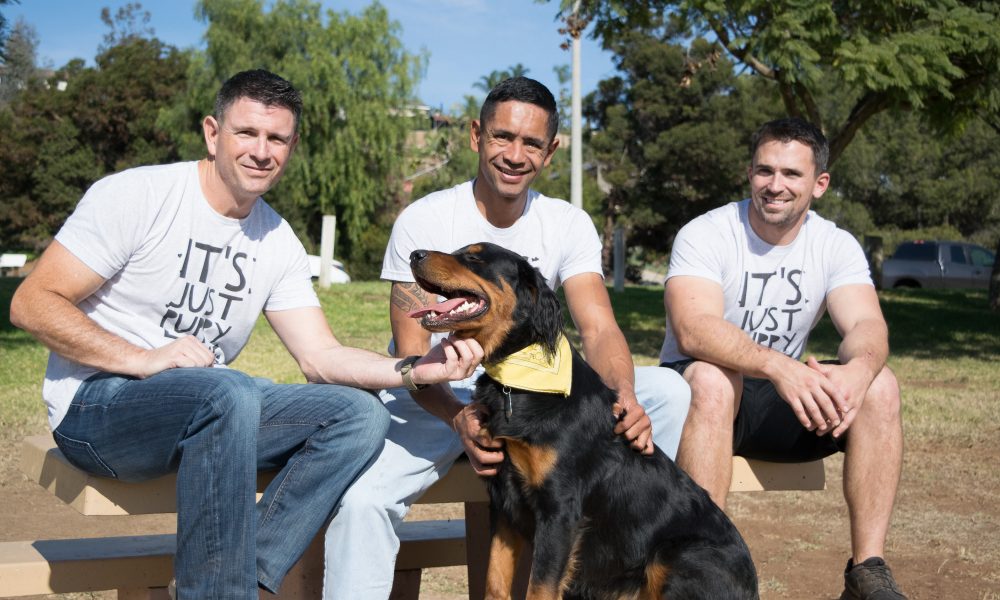 Today we’d like to introduce you to Kalani Creutzburg, Nate Schoemer and Tony Gallardo.

Cammies & Canines’ story began in 2015 after our Founder, Marine veteran, Major Creutzburg, returned from deployment and found himself homeless while having to work through personal issues from his deployments, struggling with a divorce, and coping with the death of the grandparents who raised him. Fast forward two years later to a true Cinderella story where one goes from rags to riches (figuratively speaking). Cammies & Canines was born in the living room of a man who brought Kalani off the streets and into his home. He asked Kalani, “What would you do if you knew you would not fail?” Wanting to match dogs with Veterans Cammies & Canines was launched with a mission to help other homeless veterans find healing through canine companionship (hence why they call it Cammies & Canines!).

Simultaneously while Cammies & Canines was being developed, another Marine veteran, Staff Sergeant Schoemer was busy perfecting his dog training expertise.

After serving as a drill instructor, he went on to become a master dog trainer and now has his own dog show on Animal Planet TV “Rescue Dog to Super Dog”. The first episode Nate’s working with Kalani and his new service dog Bas (short for Marine Gunnery Sergeant Basilone). After the show they both decided to lock arms and work on Cammies & Canines together. With Kalani’s specialty being homeless veterans and Nate’s expertise being dogs the joke amongst them is Kalani is the ‘Cammies’ while Nate is the ‘Canines’ of the company! Cammies & Canines helps rescue homeless dogs but they also train dogs to become service dogs for veterans in need. Looking toward the future, they’re also recruiting and teaching others to train service dogs for veterans in need.

We’re always bombarded by how great it is to pursue your passion, etc – but we’ve spoken with enough people to know that it’s not always easy. Overall, would you say things have been easy for you?
The Cammies & Canines’ journey has been anything but smooth, and this is where our third partner came into the picture. Retired Marine veteran, LtCol Tony Gallardo, is the glue that makes everything stick in the company. With so many different community initiatives going on at once Tony keeps everything organized.

Between the three of them, they’ve experienced plenty of struggles but the thing that keeps them afloat is the fact that they always put mission accomplishment before profits. Our team is 100% veterans which inherently means we care most about service and servant leadership, making a difference in our community, and accomplishing the mission no matter what. We started off by selling collars and leashes as a way to raise money for our homeless outreach efforts but over the years our mission expanded as we discovered we could do so much more for our community. Currently, Cammies and Canines’ two biggest struggles are 1) Securing the land we need to establish our home base and expand — we have our eyes set on 10 acres in Jamul which will be a safe haven; a sanctuary for both dogs and veterans and 2) Fighting the temptation to increase our margins by sourcing products from overseas. It’s tough competing in our market with 100% made in the USA products when everybody else gets their stuff made in China, for example. Being all veterans, we’re taking a stand and pledging allegiance to our great nation – our stuff will always be made in the U.S.A.!

We’d love to hear more about your business.
Cammies & Canines is 100% a veteran owned and operated company. We have both a non-profit and a for-profit arm. Our mission is to rescue homeless dogs and help heal our homeless veterans which speaks to our non-profit efforts. We have a fantastic line of merchandise like dog products (collars, leashes, harnesses) and both men’s and women’s “It’s Just Puppy Love” T-Shirts as a way to raise money and create opportunities to employ our homeless veterans. The thing we are most proud of as a company is that we’ve created a vehicle for other veterans to be a part of and re-create a sense of purpose for themselves. Homeless or not, we’ve helped a lot of veterans. On the homeless front we’ve done everything from merely providing a listening ear or shoulder to cry on in the middle of the street to arranging for a homeless veteran get all new teeth (he didn’t have any as a result of being on the streets for so many years) and now he’s working in the Miramar area. More importantly, as a result of having a job he can now afford to pay rent and has a roof over his head and drives a car. On the canines front we’ve helped place several homeless dogs into loving homes, coordinated medical treatment for dogs, and continue to train service dogs for our veterans.

There are a lot of companies out there that say things like, “buy from us and we’ll donate a percentage to help homeless veterans.” That’s easy and anybody can do that. What makes us different from them is we’re actually out on the streets in the trenches doing the work ourselves. There are several videos on our Facebook or YouTube channel showing how we engage with our local homeless community like giving haircuts to homeless veterans and giving them a hand up… never a hand out. 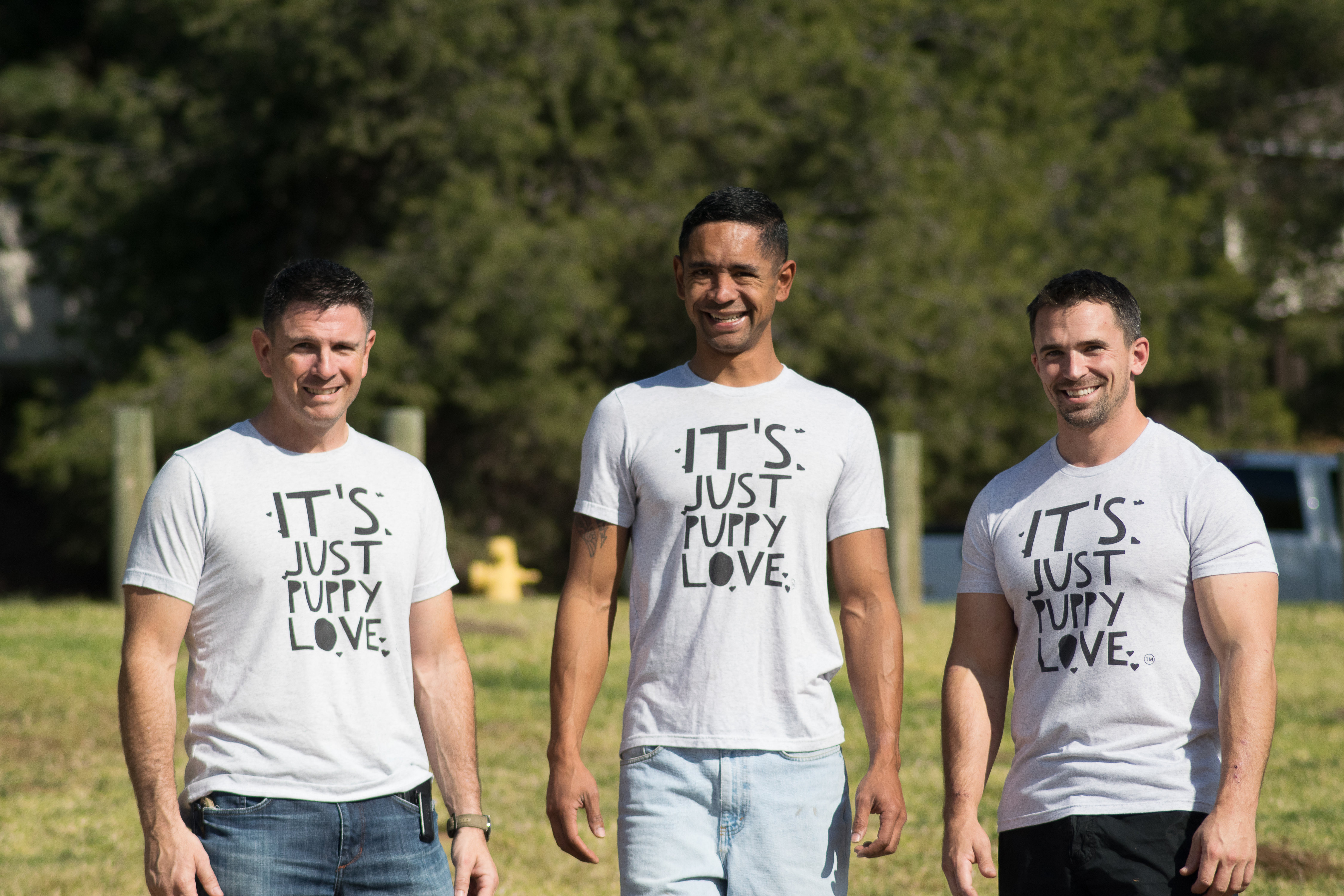 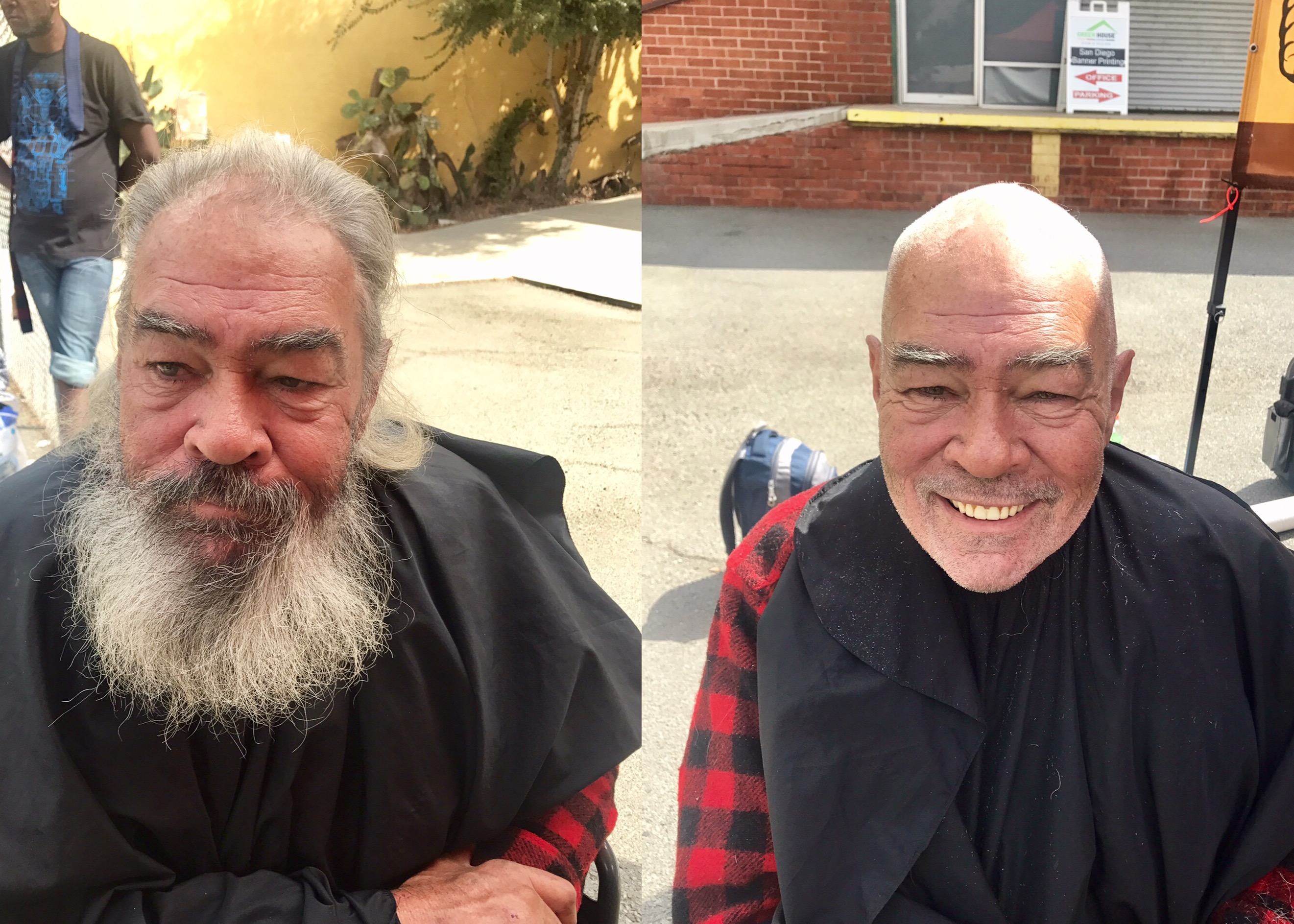 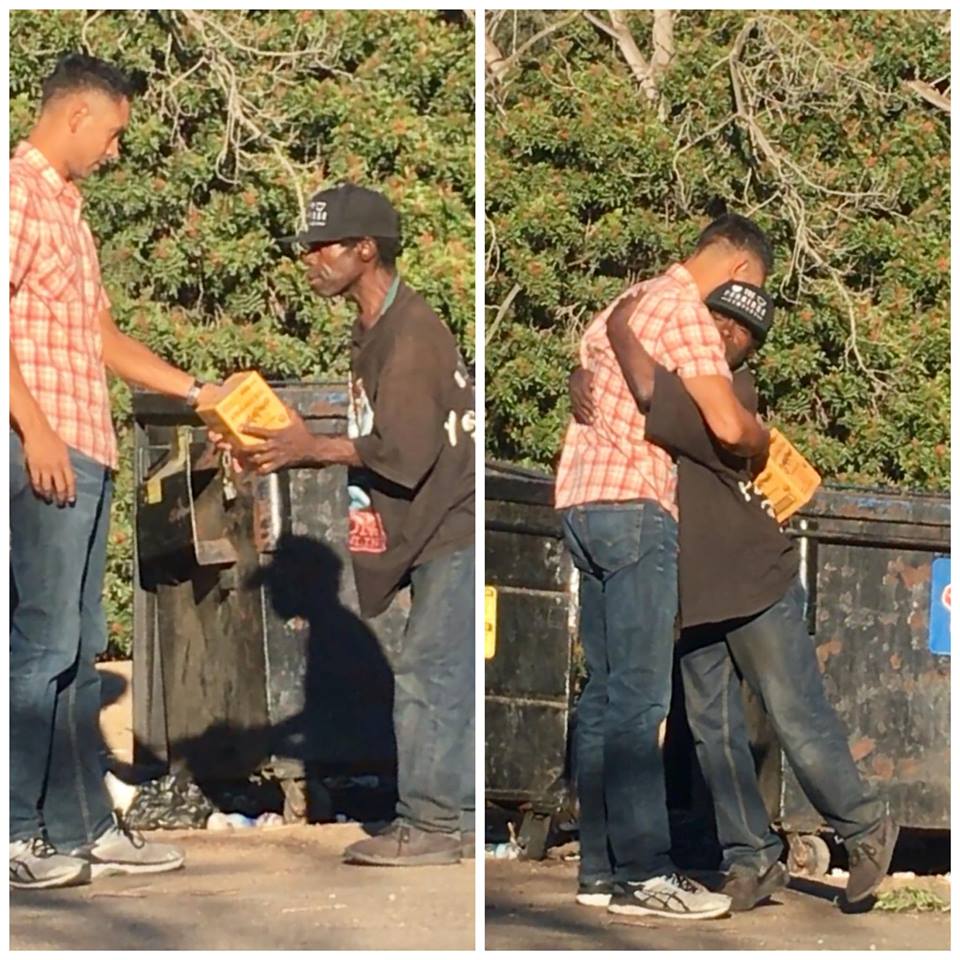 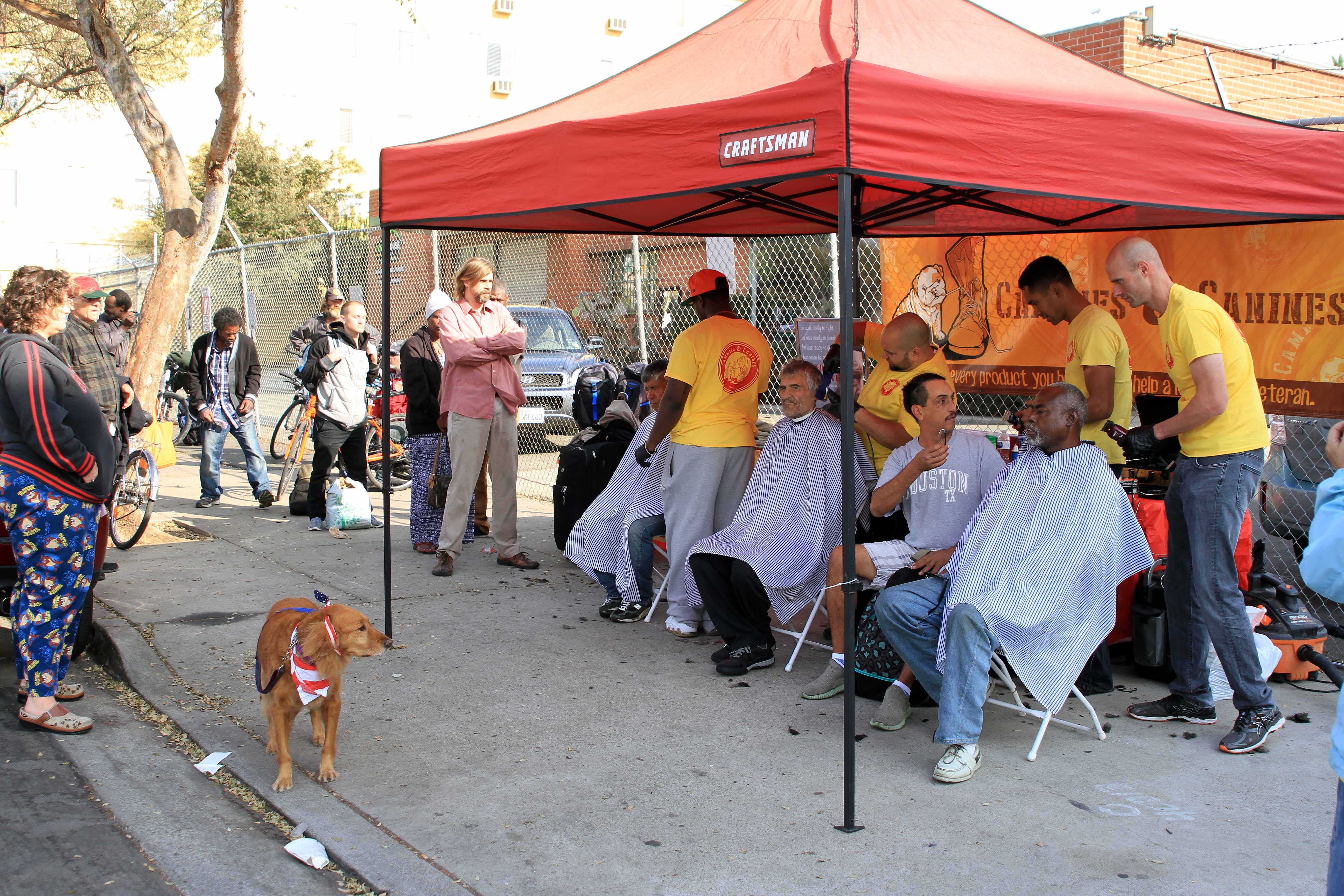 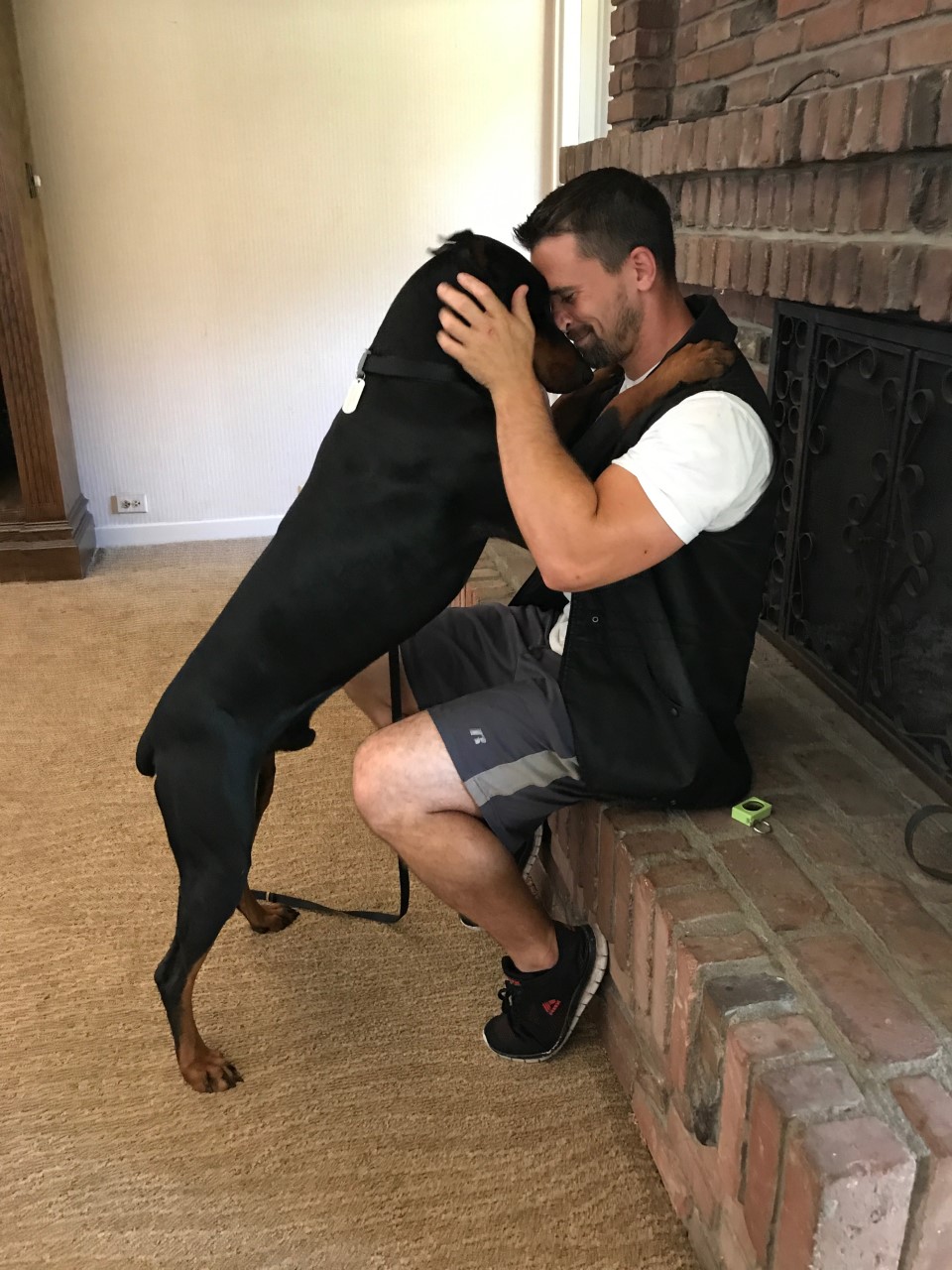 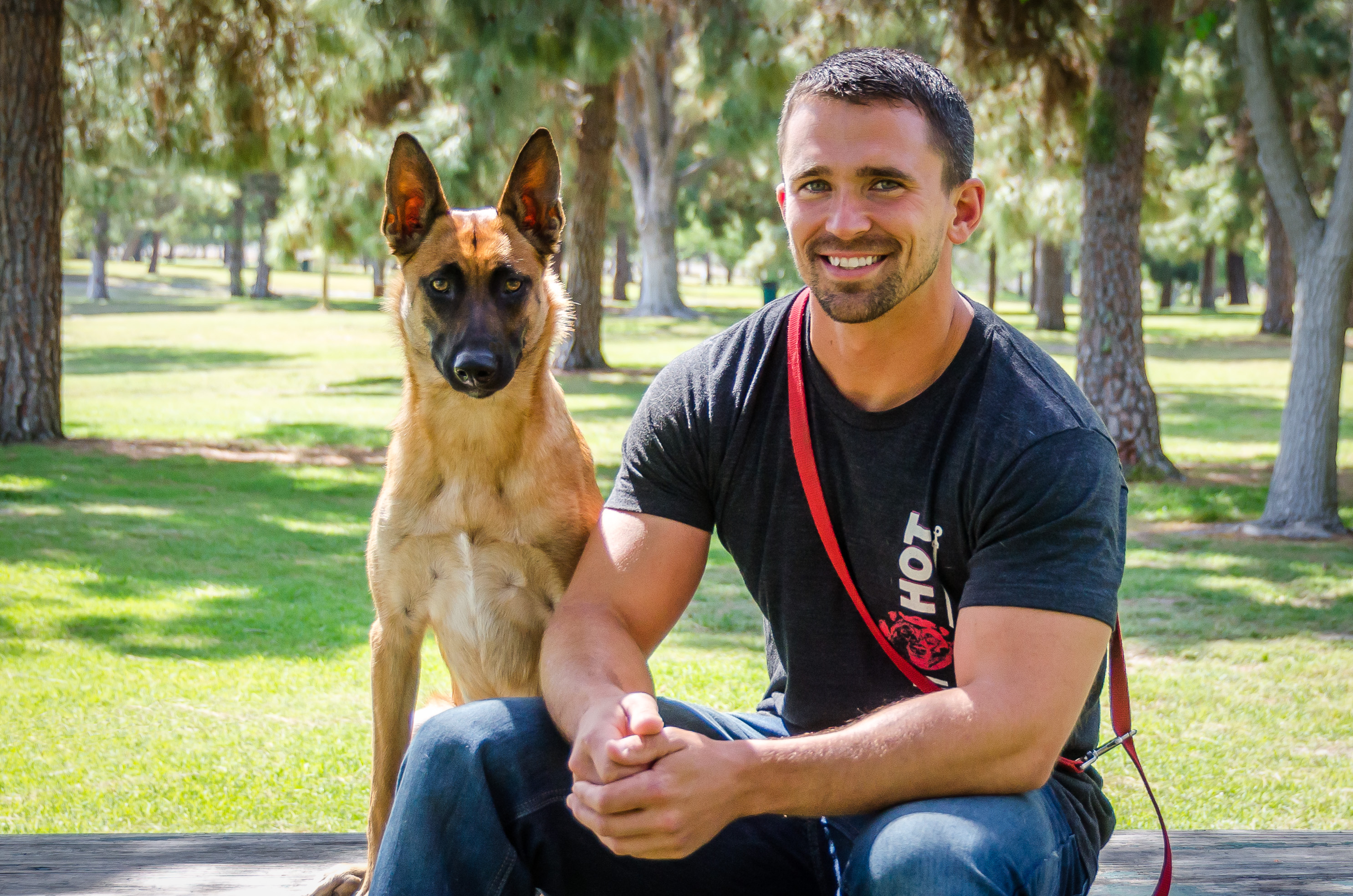 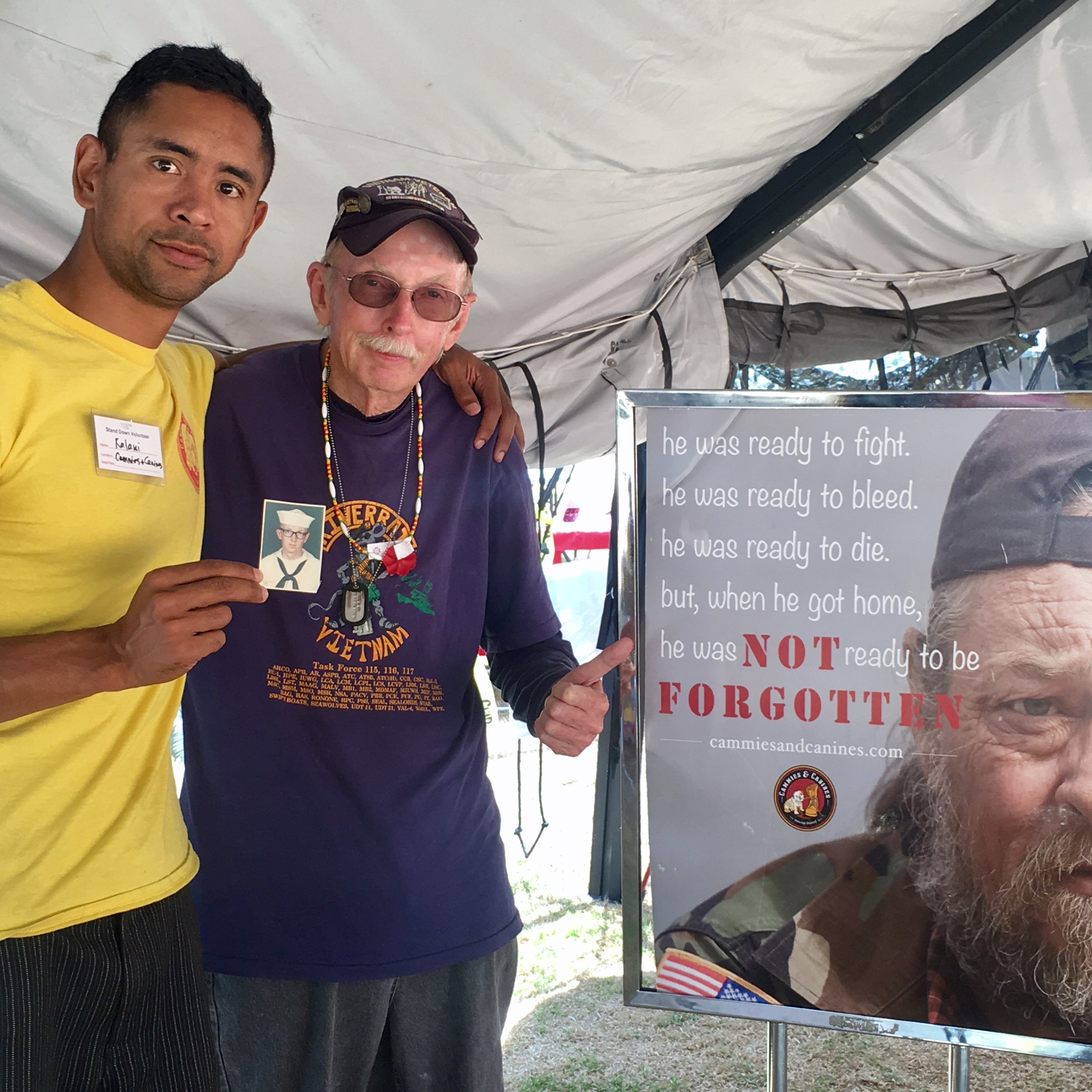