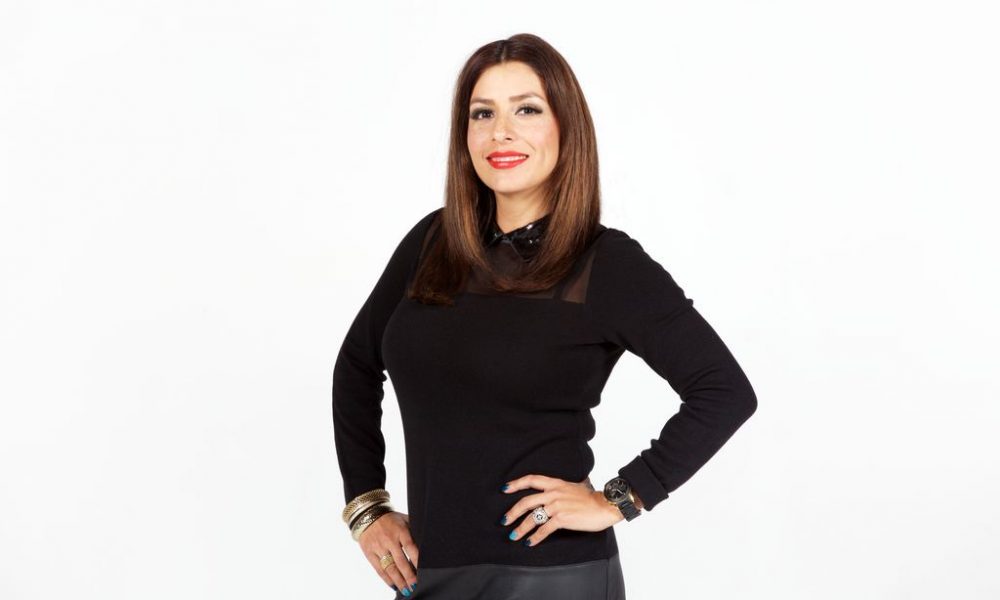 Today we’d like to introduce you to Karla Lopez-Martinez.

Thanks for sharing your story with us Karla. So, let’s start at the beginning and we can move on from there.
Born and raised in Guadalajara Mexico, immigrated to San Diego with my family at the age of 10. Early on (in high school) I developed a deep love for the beauty industry. I love the fun, the creativity it allows you, the personal connection it gives you to touch another human being and be able to brighten their day!

I formally began my career in the beauty industry in 1999. From the first day of Cosmetology school, I knew I wanted to own a salon, I didn’t know when or how, but I knew that would be my ultimate goal. In 2006 I had the opportunity to partner with Gila Rūt Salon opening their second location in the South Bay at Otay Ranch Town Center and in 2011 a third location in the North County at Torrey Hills Town Center.

During my time in the beauty industry, I’m been blessed with the opportunity to train with the top industry icons: AVEDA, Toni & Guy, Vidal Sassoon, Loreal, Paul Brown, in the US, Canada and Mexico. I have had the opportunity to make guest appearances on multiple Tv Networks (Univision, Telemundo, Fox, NBC) during the morning shows.

I believe in giving back as a guest presenter and educator at Cosmetology schools; Paul Mitchell the school, AVEDA Institutes, Bellus Academy and Marinello Schools of Beauty. “My goal as a salon owner is to inspire my team to achieve their highest professional and personal goals”.

Great, so let’s dig a little deeper into the story – has it been an easy path overall and if not, what were the challenges you’ve had to overcome?
Hard to point out one single challenge. Maybe I just blocked them out of my memory, LOL! I’m of the mindset that challenges are opportunities for growth and once the lesson has been learned and the solution has been implemented, I move on. After all, challenges are what makes life interesting, makes you grow and keeps you on your toes.

Gila Rut AVEDA Salons – what should we know? What do you guys do best? What sets you apart from the competition?
Gila Rūt Salon was established in 1992, in the hip neighborhood of Hillcrest, by Keri Davis and her mother Carol Davis. Karla Lopez-Martinez partnered with Keri and Carol to open their second location in the South Bay at Otay Ranch Town Center in Chula Vista received with immediate success in 2016. As demand was growing the perfect location for the third store was found and opened in the beautiful area of Torrey Hills (Near Del Mar) in 2011.

The goal was and remains to create an environment where the staff would flourish and the guests would receive the ‘ultimate salon experience’.

Gila Rut’s fashion trendsetting reputation has resulted from the design team’s ongoing national participation in Fashion Week in New York and Los Angeles and their signature hair fashion photo collections are seen regularly in print, on air, and on the runway. 2017 marks their fifth year as sponsors and lead hair design team for Fashion Week San Diego™. Gila Rut’s runway presentation of their most recent “Mystic Gallery” hair fashion collection will debut in fall, 2015 at the national Aveda Congress.

What moment in your career do you look back most fondly on?
We have had a few proud moments, opening our stores and being able to provide employment to a team of hardworking and passionate artists that has always been and continues to be our biggest proud moment!

Global, national or local … Gila Rut has established a reputation as one of the most progressive salons and their trendsetting teams are always making news. Whether it is their Editorial Collections, Runway Work, Community Support or Award Winning Business Practices, Gila Rūt is a regular ‘event’ in print, online and on air. Here are just some of the news highlights that keep them in the media spotlight – and showcase their ongoing creative and business success. Named ‘The #1 Salons in San Diego’ in San Diego CityBeat’s ‘Best of San Diego’ 2014 and 2017 readers’ choice poll.

Published regularly in the salon industry’s national and international media, Gila Rut Aveda Salons have been named seven times as one of the “fastest growing salons in America” by “Salon Today” Magazine. Our proud salon group was also awarded the prestigious ‘Masters of Business Award’ (MBA) 2012, presented in Las Vegas during the North American Hairstyling Awards (NAHA).