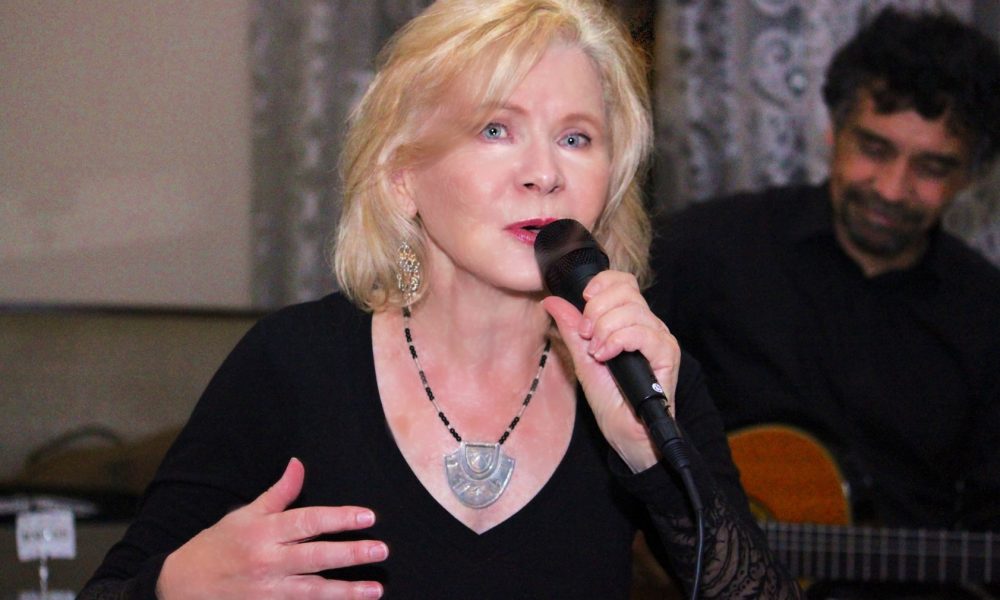 Today we’d like to introduce you to Kathleen Murray.

Kathleen, can you briefly walk us through your story – how you started and how you got to where you are today.
Thank you for inviting me to participate in this exciting series of inspirational stories.  “Inspire” is an action word and my goal is to take it, use it, and pass it along.  It has taken decades for me to stop sabotaging my passion and start spending every day in music after one day, while sitting in my highchair singing “I’m a Lonely Little Petunia In An Onion Patch,” my song ended abruptly when my mother literally knocked me out of my highchair. The physical damage healed quickly. The psychological trauma took much longer to overcome, helped along by singing songs that resonated with me. That’s why I’m the oldest up-and-coming vocalist in San Diego.

When we were young my sister and I (the Carney Sisters) sang but there was always a great deal of emotional conflict for me and I fainted more than once. Down but not out, I’d get up and sing again.  Music didn’t come first; it followed after working through enough of my trauma to release my abilities. Now I candidly share my story hoping that others may realize that nothing, least of all age, need to limit our pursuits.

Overall, has it been relatively smooth? If not, what were some of the struggles along the way?
 From an abusive childhood, I learned how to take the punches and dare to be different. I embrace my mature voice and don’t shy away from difficult songs.

 From singing with my sons I saw the joy of childhood that helped heal my own.

 From my divorce, I learned the depths of sadness that serve me well in singing.

 From working at the Salk Institute I learned that architecture “sings.” I go there for inspiration.

 From assisting some of the 20th Century’s greatest scientists – Jonas Salk, Francis Crick and Renato Dulbecco – I observed what passion and dedication can accomplish. I learned to “do they do.”

 Surviving late-stage ovarian cancer taught me the meaning of carpe diem – and so I sing.

We’d love to hear more about your business.
My vocal style is described as wistful, tender and poignant. As a mature performer, I attempt to bring a lifetime of experience to my song interpretations, with music from Billie Holiday to The Beatles.

My repertoire includes songs from jazz to pop to Latin. From the 40s “Bop” era I’m inspired by the song styling of Billie Holiday, Carmen McRae, Julie London and Chris Connor. Some of my favorite contemporary vocalists are Diana Krall, Karrin Allyson, Dianne Reeves, k d Lang, the Beatles, David Bowie, and Kurt Elling. I sing some of the music of Brazilian composers Antonio Carlos Jobim and Luis Bonfa. And San Diego’s jazz vocalist Allison Adams Tucker helped breathe life into my desire to sing.

I’m enjoying a long residency at Hotel Indigo Del Mar, my “home” base, and gigging at private parties, libraries, and retirement communities. I’m recording my first album accompanied by Peter Sprague in his Encinitas studio and planning my first concert.

Any shoutouts? Who else deserves credit in this story – who has played a meaningful role?
The other half of the “Carney Sisters,” Claire Kennedy, continues to provide support, as she has throughout my life. I owe so much to my former husband, David Murray that I can’t begin to quantify it. My sons Clark and Tim cheer me on. The faithful audiences that keep coming back nurture me. Members of San Diego’s jazz community inspire me. Guitarist Carlos Velasco accompanies me beautifully. And jazz vocalist Allison Adams Tucker breathes life into my desire to sing.

The merging of art and science has marked my life in this beautiful city. As Robert Redford declared, the Salk Institute is indeed a “Cathedral of Culture. “ I love hanging out in Balboa Park at the San Diego Museum of Art and the Timken. Dizzy’s is a great place for jazz. The diverse architecture of San Diego amazes me. But we need more music venues! I’m looking for that perfect little performance spot for my intimate style. 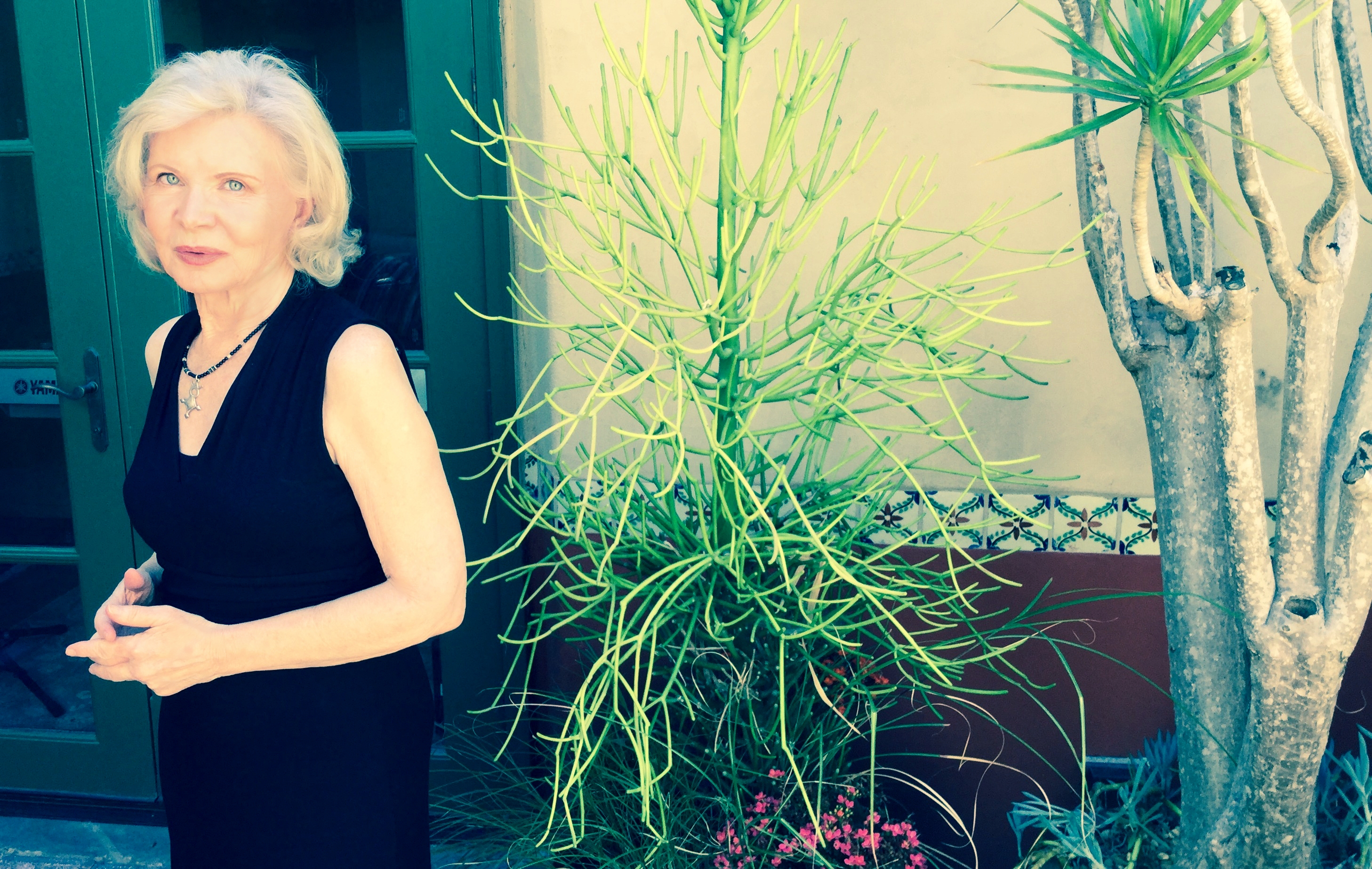 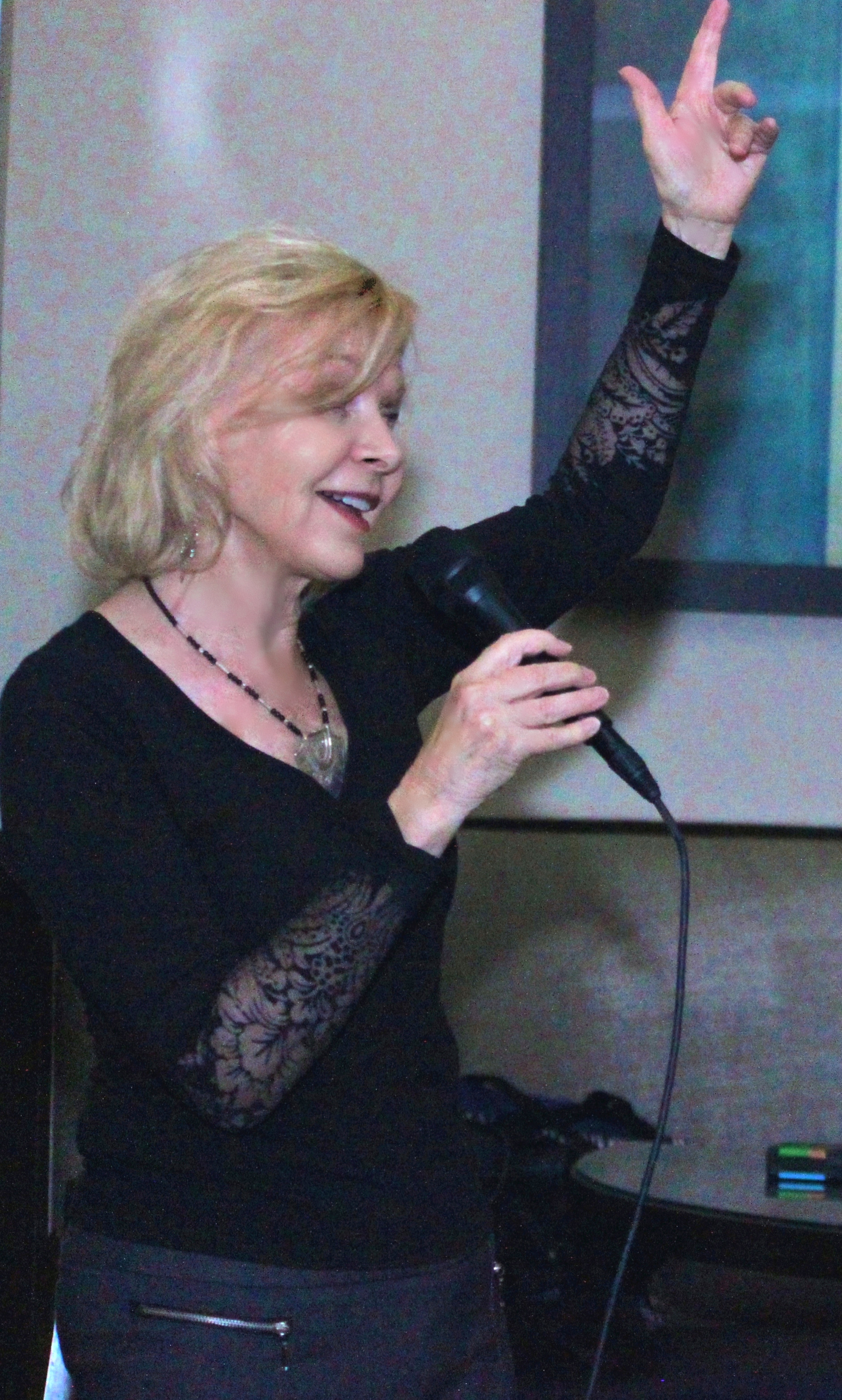 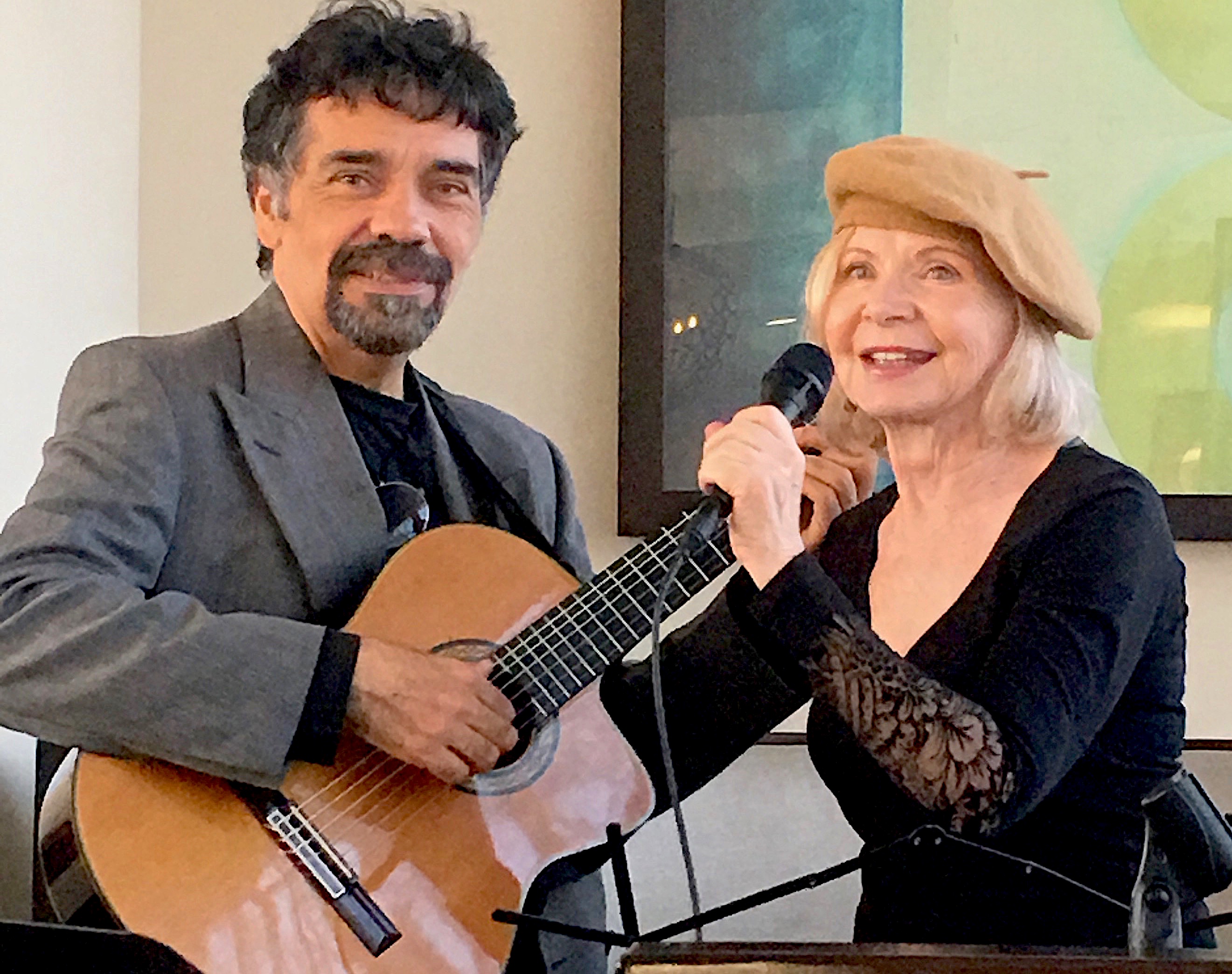 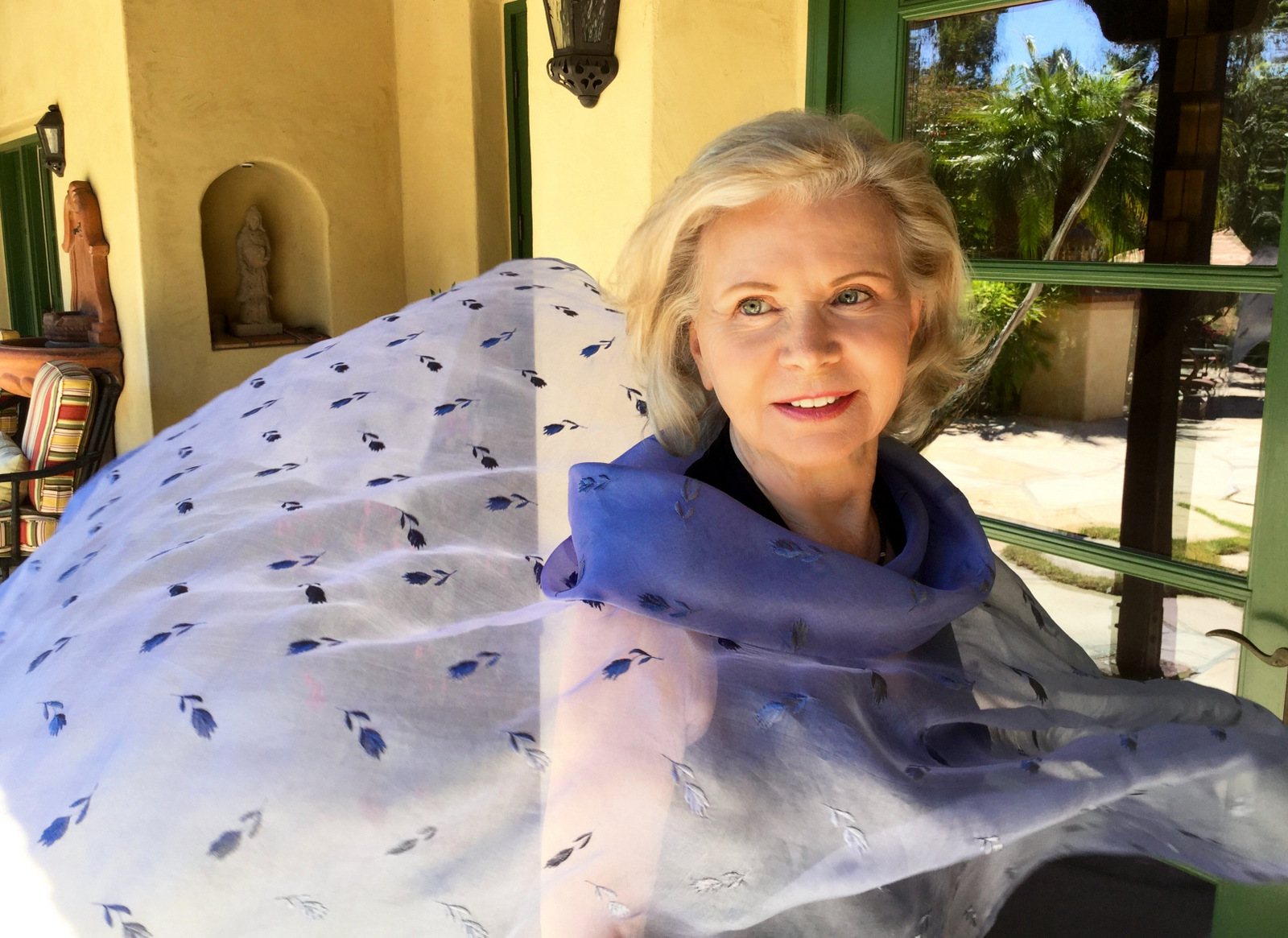 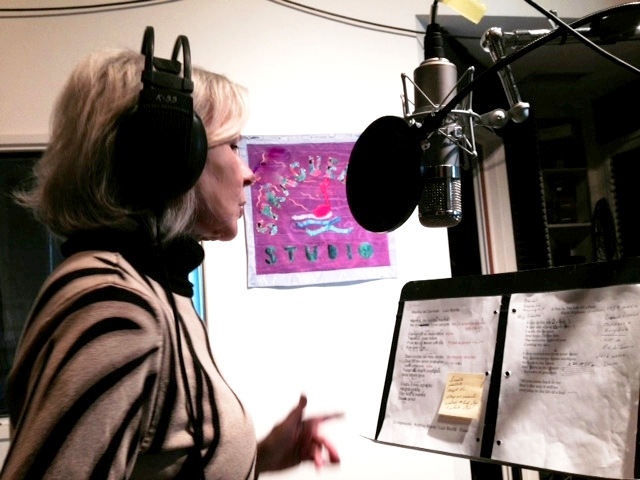