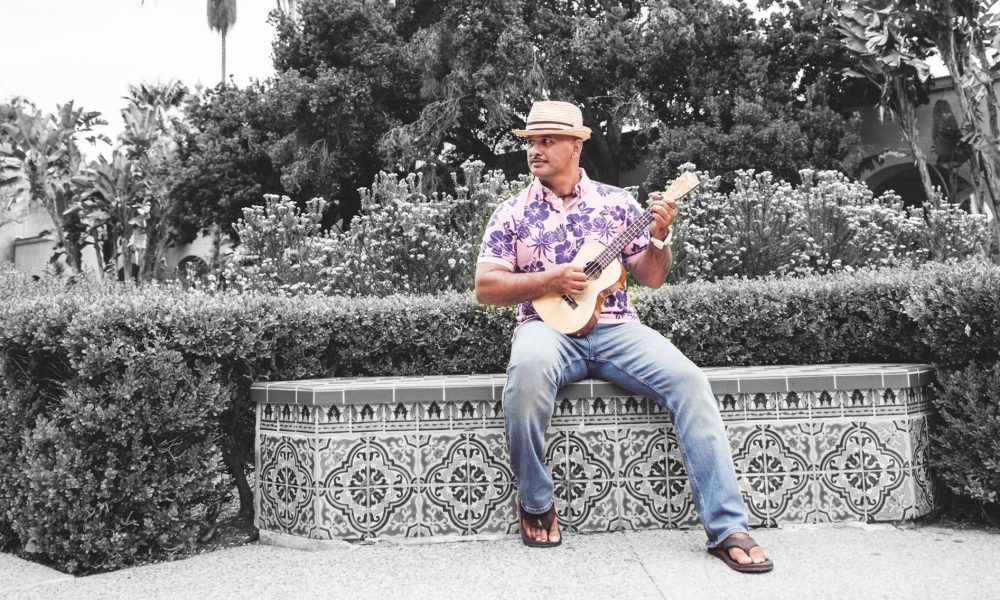 Today we’d like to introduce you to Keahi Rozet.

Thanks for sharing your story with us Keahi. So, let’s start at the beginning and we can move on from there.
It was the hardest decision that I’ve ever had to make! You see I grew up in Hawaii and I have been singing and playing the ukulele since I was a kid. My grandmother was an amazing singer which truly inspired me. But what was so cool is that I was also exposed to a wide variety of music styles from likes of Marvin Gaye, Patsy Cline, The Jackson 5, Barbara Streisand, The Doobie Brothers, Al Green, Tina Turner, Sinatra, Olivia Newton John and so much more.

In high school I began writing music and wrote a song that won a few major competitions to include a song I wrote for my graduating class.. After high school, I enlisted into the Air Force where I proudly served my country for 20 years!

But it was in September 2015 that I decided to go full time with my music. It was the hardest decision that I ever had to make because it was a total leap of faith. I would have to, at the very minimum, maintain our standard of living, almost solely on a musician’s income. I gave myself one year to make it or break it. I worked relentlessly from 6am in the morning till 2am the next morning, seven days a week, non-stop, advertising and marketing myself. I would use craigslist, scour the internet for events where I could play, make phone calls, knock on doors, build my own website. I got a lot of no’s…or would never hear a word back from potential clients. But it never stopped me. I was determined! Finally after 4 months of non-stop hard work, calls started coming in. I got 10 gigs starting the 5th month. In the 6th month, I was up to 15 gigs. And ever since then, I have been averaging 25 gigs a month while having to turn down another 10-15 gigs because I just couldn’t fit it into my schedule. It didn’t come for free. Hard work pays off!

A year in, I was asked to perform on the set of Junk Food Flip, the Cooking Channels hit tv show. Instead of singing someone else’s song, I wrote a song specifically for the episodes theme. The producer loved it, the cast loved it, the film crew was singing to it, so we filmed it! It was great!

I recently just finished recording my very first album entitled “It’s Time”, which is due to be released in November 2017. It will consist of 11 originals songs written by me. However before that, I am releasing a single on October 6, 2017 called “It’s Ok”, which is a cute little song that talks about how opposites attract. My bass player said “that’s my jam!” Coming from him, that’s a huge compliment. You’ll see why in a bit. But I am not done yet! I am a goal setter and a goal getter. I have a few songs on this album that I’m trying to get into Disney or DreamWorks or any other animation film company who’s interested. I wrote “When I Think About Love” specifically when I heard Toy Story 4 was coming out in 2019, which will be a love story between Woody and Little Bo Peep. Other songs I wrote inspired by animation movies is “She’s All I Need” and “You and Me”. That’s my next goal…to get my music into movies and T.V.!

Great, so let’s dig a little deeper into the story – has it been an easy path overall and if not, what were the challenges you’ve had to overcome?
The first 4 months after deciding I was going full time with my music was the toughest. I had no gigs lined up, I had no booking agent, I had no manager, I had no one who said “Hey Keahi, here’s some gigs…everything will be ok!” I had everything going against me! But I did have a few things going for me. I decided that I didn’t want to look back on my life knowing that I didn’t give this thing a shot. So I had motivation. I went back to college, got my degrees in Graphic Design, Web Development and Advertising. I now had the skills to build my own website, create my own graphics and advertise my business. I had the musical talent, so I purchased sound equipment, instruments, learned a bunch of songs and went clothes shopping. I now had the image to show I was a true professional. I worked 18hr days, 7 days a week for 4 months straight. I had discipline and determination! Struggles are just a mindset, so change it. There’s always a way through it or around it. You just gotta have the balls to succeed.

Keahi – what should we know? What do you guys do best? What sets you apart from the competition?
I am an entertainer. I do everything from Hawaiian, to island contemporary, pop, jazz, country, top 40, reggae, latin, rock and more. I do many events as a solo act, but I hope to change that as I’m really excited about my band! They say that in order to get better, surround yourself with people who are better than you. Roger Friend is my drummer/percussionist and is a 2-time Grammy and Emmy Award winner. James East is my bassist and has toured and played with the likes of Lionel Richie, Pattie Labelle, Toni Braxton, Celine Deon and Eric Clapton to name a few. These guys are my friends and we’ve created a unique sound that is blowing people away! Check out my new CD coming out in November 2o17 on my website at www.keahimusic.com.

What has been the proudest moment of your career so far?
I can’t say that I’ve reached my proudest moment yet in my career. But what I can say is that I’ve checked off a few boxes on my way to achieving my greatest accomplishments, that are yet to come! 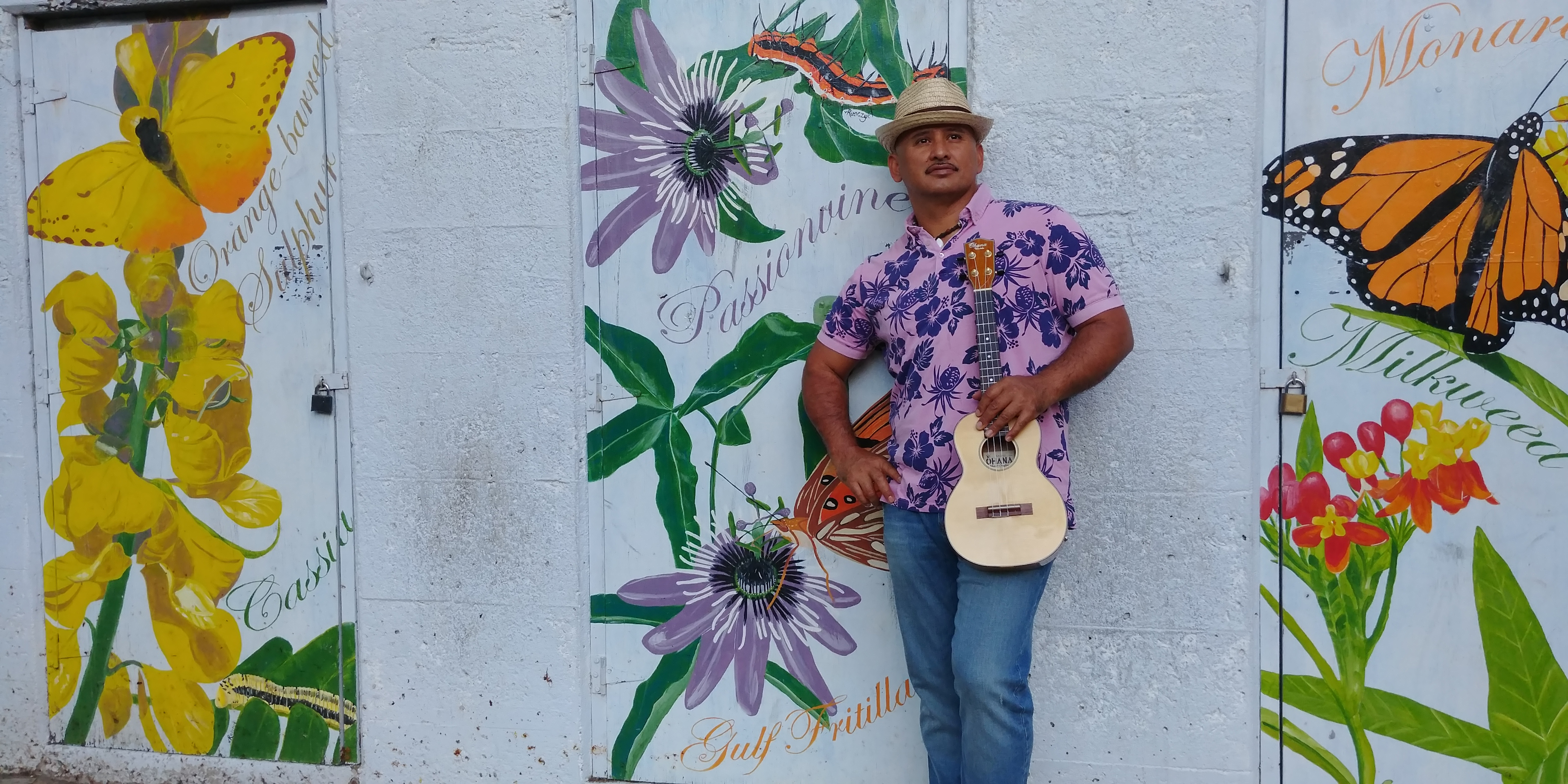 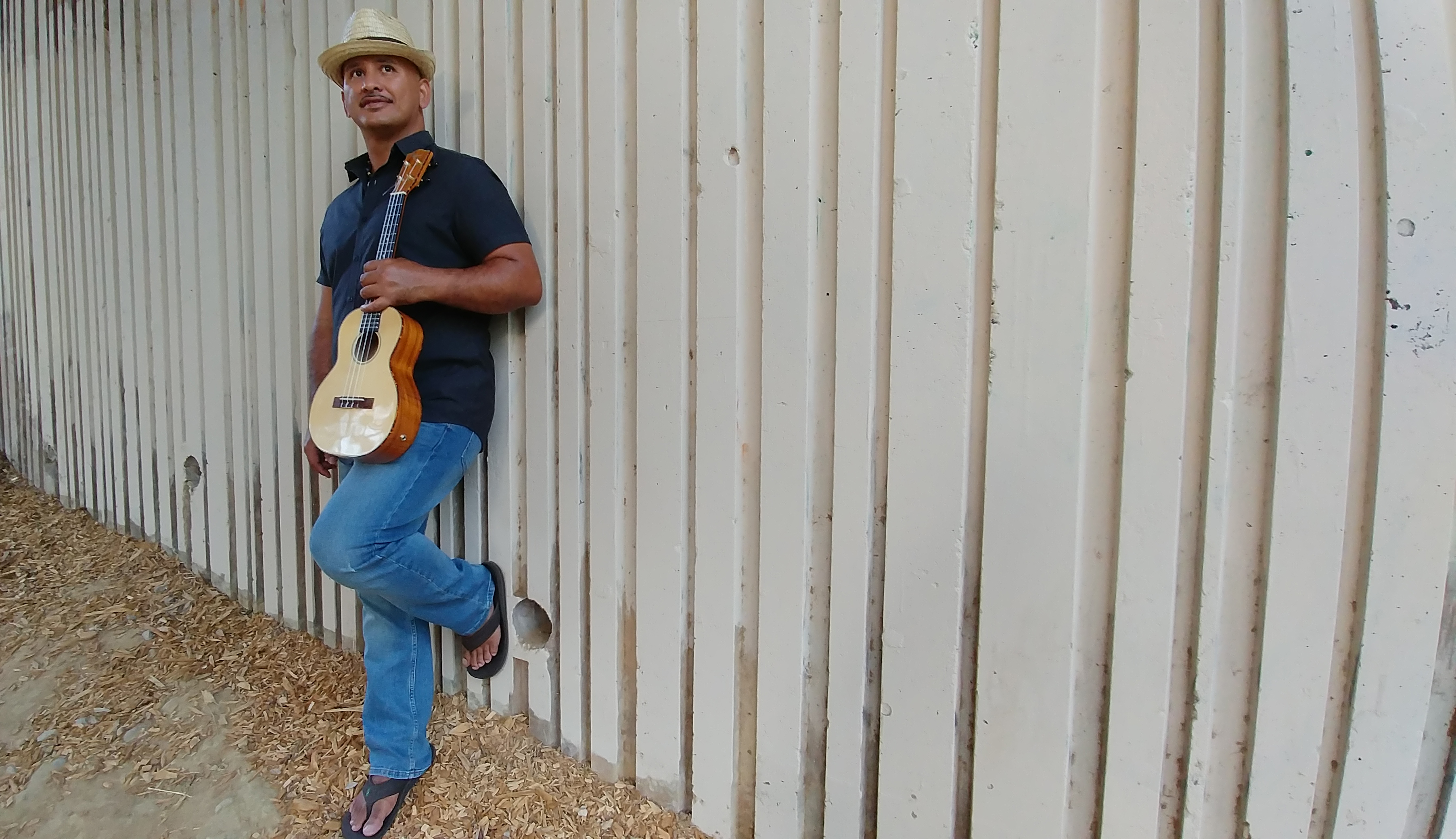 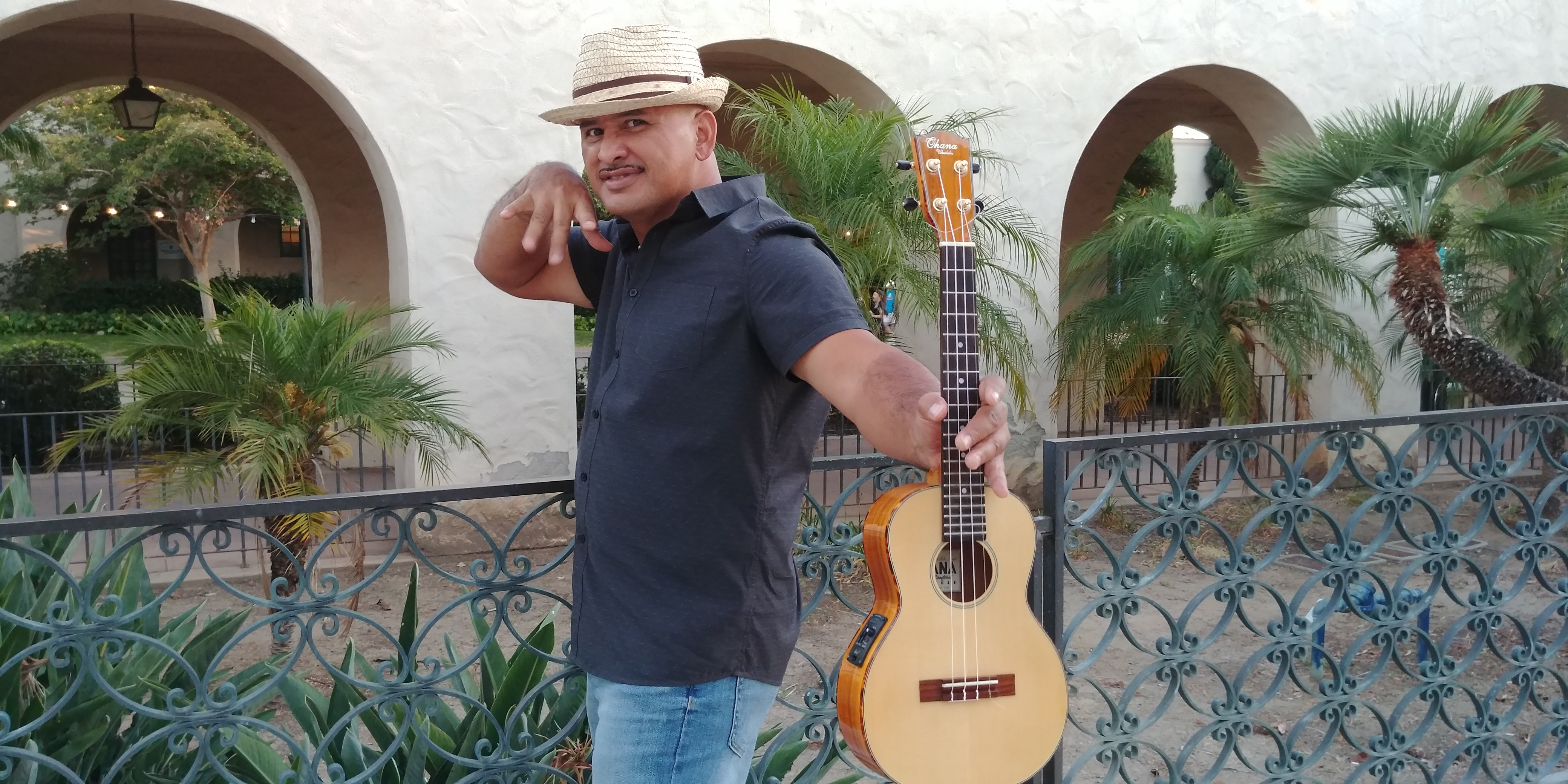 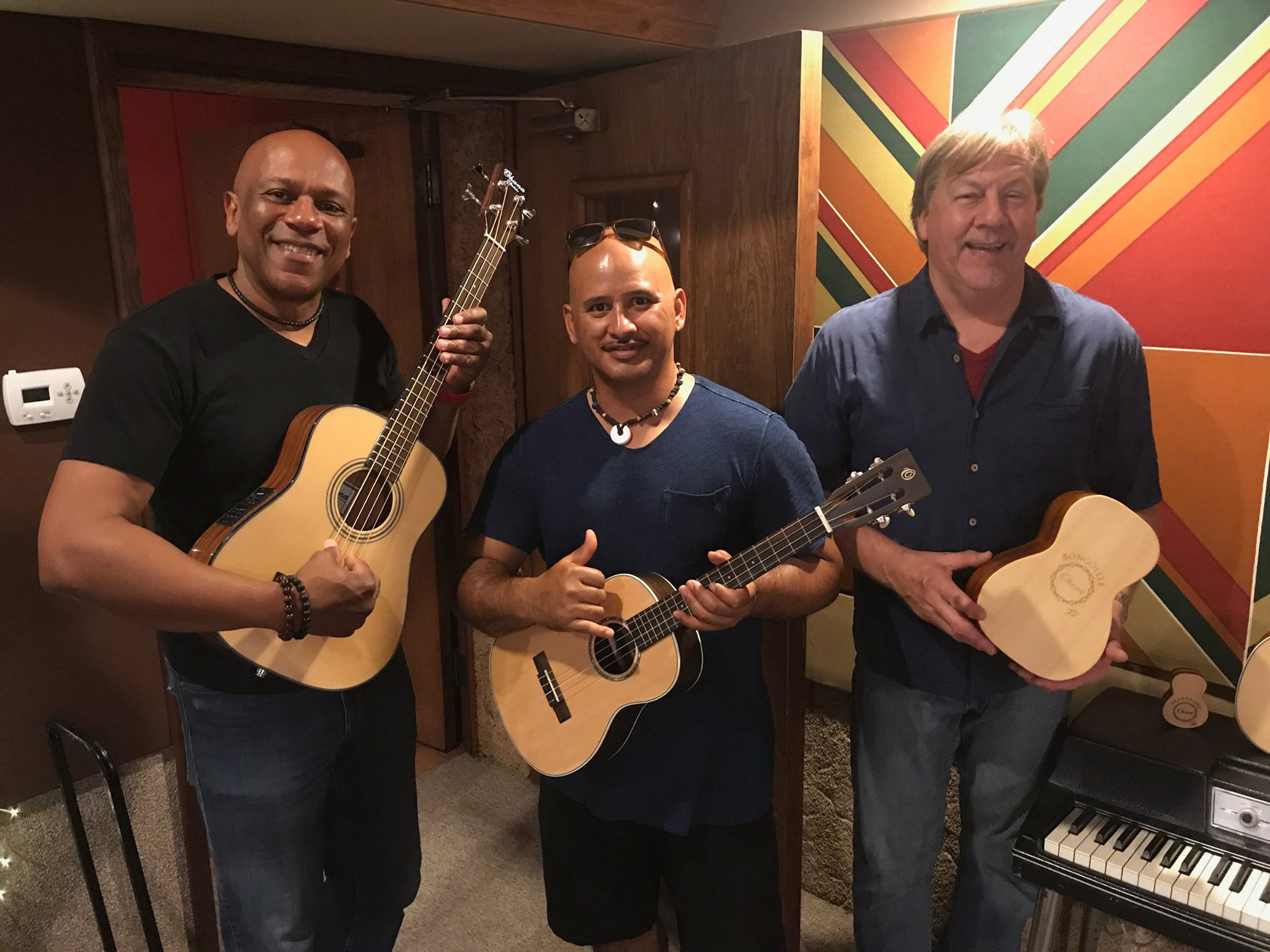 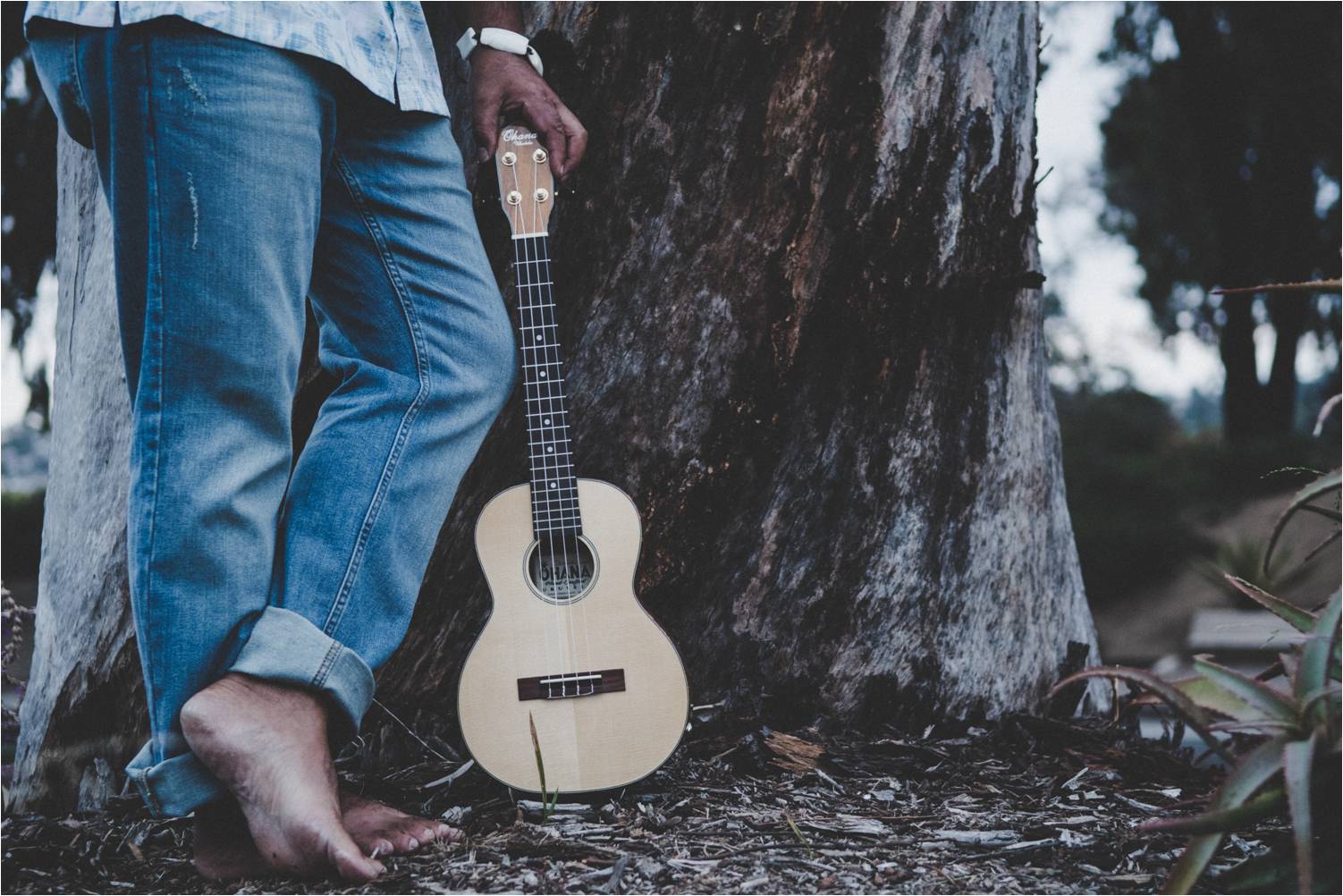