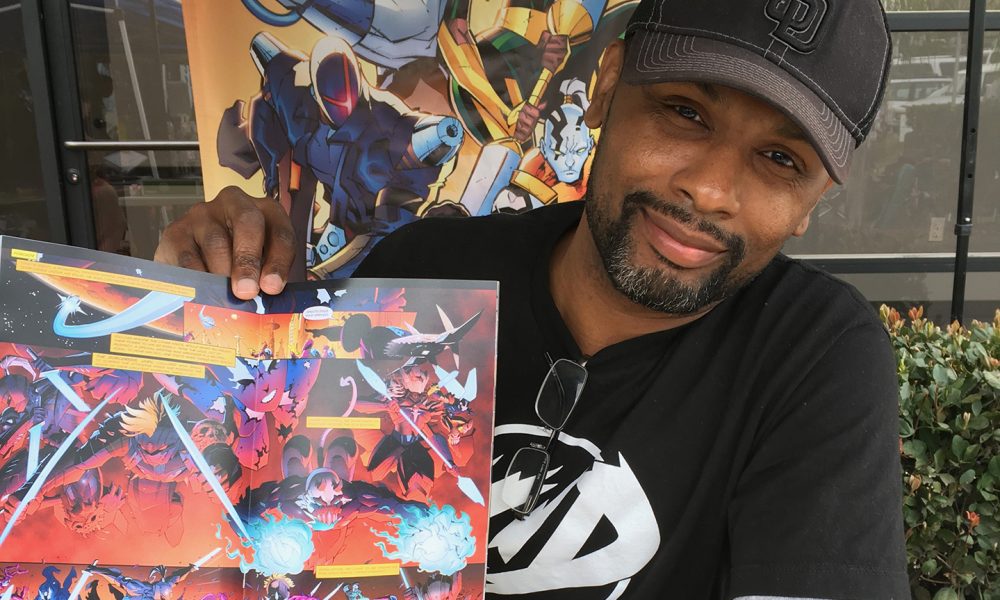 Today we’d like to introduce you to Keithan Jones.

Thanks for sharing your story with us Keithan. So, let’s start at the beginning and we can move on from there.
I was born in Memphis, Tennessee but grew up in San Diego, CA. My family made it’s way out west due to my dad being stationed here via the Navy.

My first exposure to comics was my dad passing his collection off to me after long deployments overseas. However, it wasn’t until I saw Star Wars (1976) for the first time that I actively got involved in the creation and culture of comic art. It was the easiest and cheapest way for me to express the ideas that were pouring from my imagination after watching that film. At the age of 16, I landed my first paying comic artist job by showing my work at San Diego Comic-con. After graduating high-school, I attended California Institute of The Arts in Valencia, CA. I had hopes of becoming a Disney Animator.

Unfortunately, or fortunately, depending on how you look at it, I did not have the finances to continue my college career. This forced me to take on odd jobs to keep food on the table. I spent a majority of my early 20’s cutting my teeth in Los Angeles, working in different fields ranging from Video Games, Films, and Comics to digging holes for the Department of Transportation to working in warehouses. I eventually landed my first full-time Graphic Artist job here in San Diego, working for the late Baseball Legend Tony Gwynn. His wife, Alicia ran a company called Gwynn Sport and she allowed me to learn on the job as it pertained to computer programs such as Photoshop.

That opportunity lead me to a 15-year career of graphic design for various clientele. As my career went on, a burning desire to produce my own ideas kept growing. In my free time, I found myself always doodling my childhood characters and dreaming of them one day being a cartoon or comic book series. In 2014 I had a very simple epiphany… There was nothing stopping me from producing my own comics! Why am I wasting time waiting for the green light from someone else to do something I already have the skillset to execute at a professional level? So I did. I created the publishing company KID (The Kid In You Never Dies) and released my first book called, The Power Knights in 2015.

The Power Knights is literally the comic I was making as a child growing up. Now as an adult, my mission is to realize that dream on behalf of my childhood self. And as a social statement, it allows me to also introduce new African-American superheroes to the world. That is something important to me as a person of color and NOT having much to choose from as far as black superheroes go. There is a hunger for these types of images as the film Black Panther has proven in spades. I want to take it even further, where it becomes the norm in our society.

Overall, has it been relatively smooth? If not, what were some of the struggles along the way?
Absolutely not! LOL! The necessity of needing money to fund the pertinent parts of producing and advertising my books is a constant. Like any small business, these first years are chock full of trial and error. Outside of financial challenges, I have to deal with perceptions.

I’m the new kid on the block, the little guy, therefore my words don’t carry a lot of value. This becomes an issue when you have to work with others to achieve a goal and those individuals don’t necessarily believe in that goal. It’s very frustrating and can get to the point where you start to question your own sanity.

Alright – so let’s talk business. Tell us about KID Comics – what should we know?
KID Comics is a publishing company. We specialize in creator-owned comic books. I am a Writer and Artist. I created the series, The Power Knights, which is sold through KID at kid-comics.com. At this point, I am most proud of the work I’ve done for the black community in the field of comic art. In 2018 I spearheaded San Diego’s first ever Black Comix Day for Black History Month.

A comic-con that gathered various African-American professional comic book creators and put them in one spot for a day. These creators work in huge corporations like Marvel and DC Comics to managing their own independent companies themselves. It was a moment of the positive influence that broke stereotypes.

What sets me apart from others, isn’t much. I just truly believe in my dreams.

Any shoutouts? Who else deserves credit in this story – who has played a meaningful role?
My mother is a rock in my life. She doesn’t understand anything about comics but she wants me to be happy and helps whenever and however she can. She helps a lot of people outside of our family actually.

However, I am eternally grateful for Tony and Alicia Gwynn. By them giving me a chance at their company and allowing me to learn on the job, I have been able to make a living in graphic design for many years after. In the mid-1990’s I was literally living in the storage room of my mom’s old dress store on Grape St. before they discovered me. 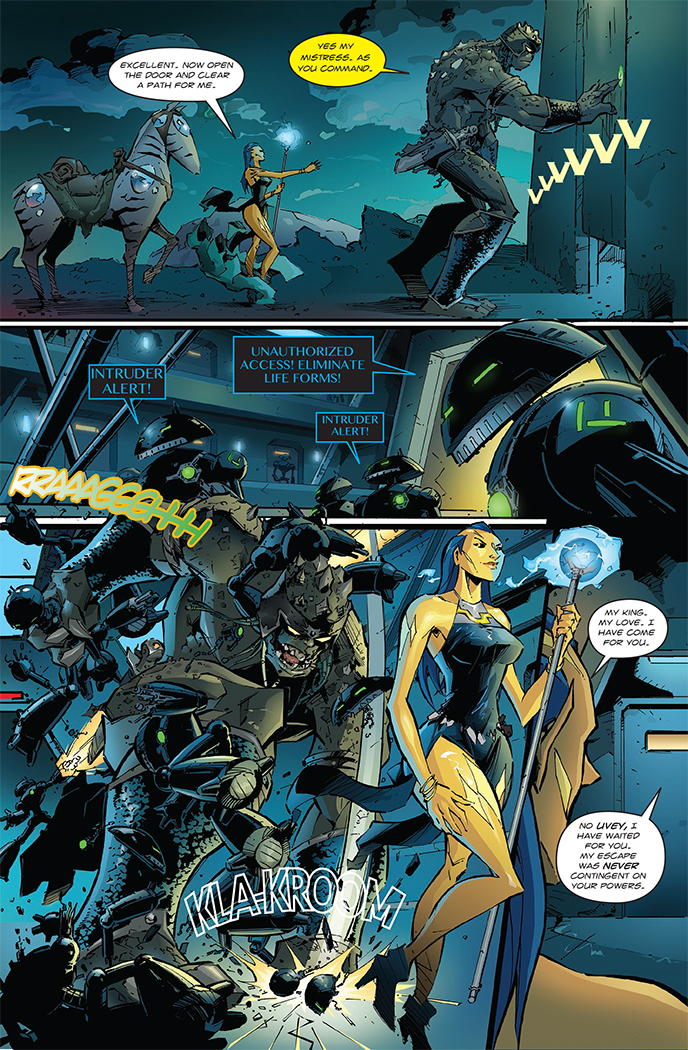 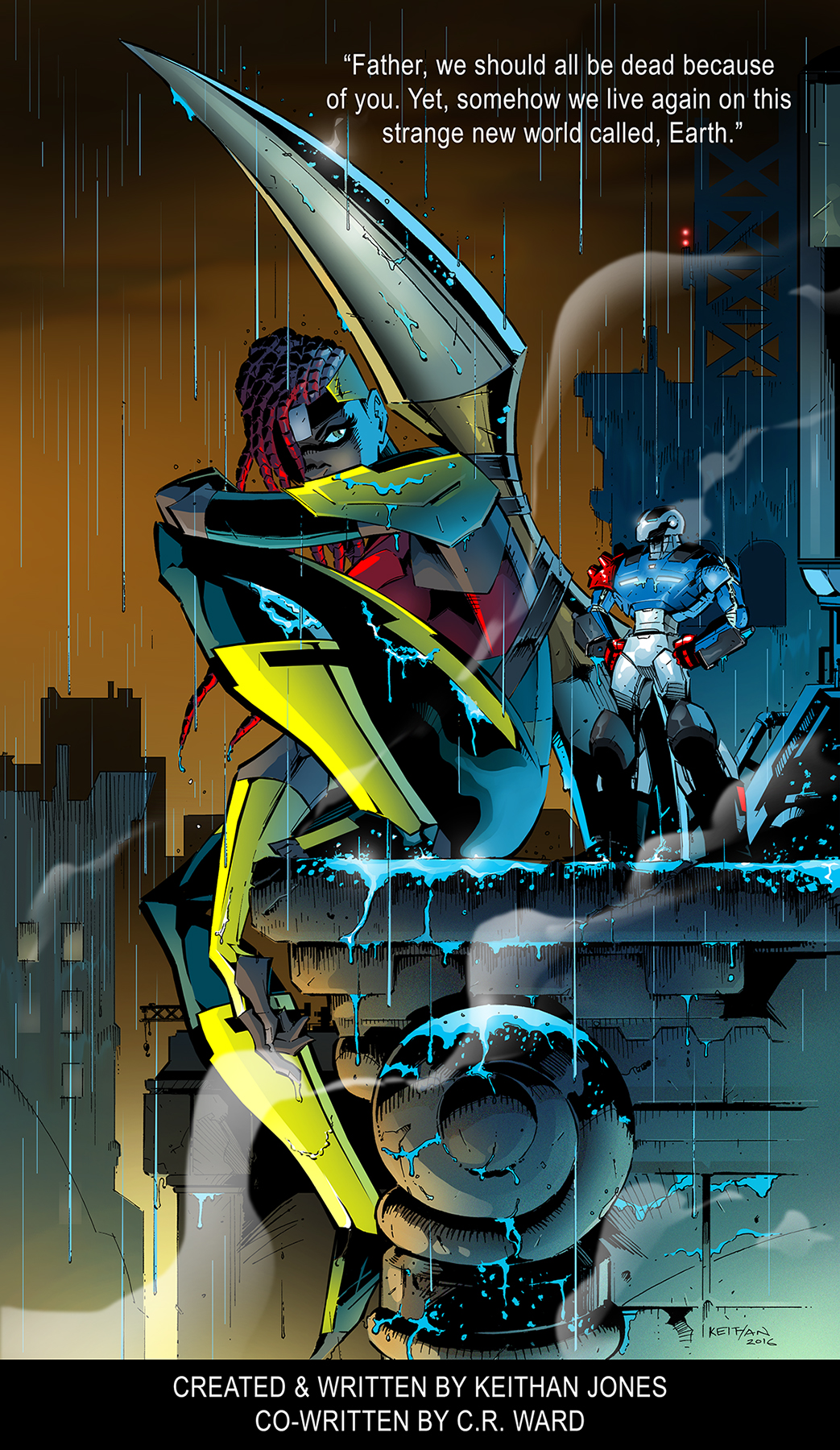 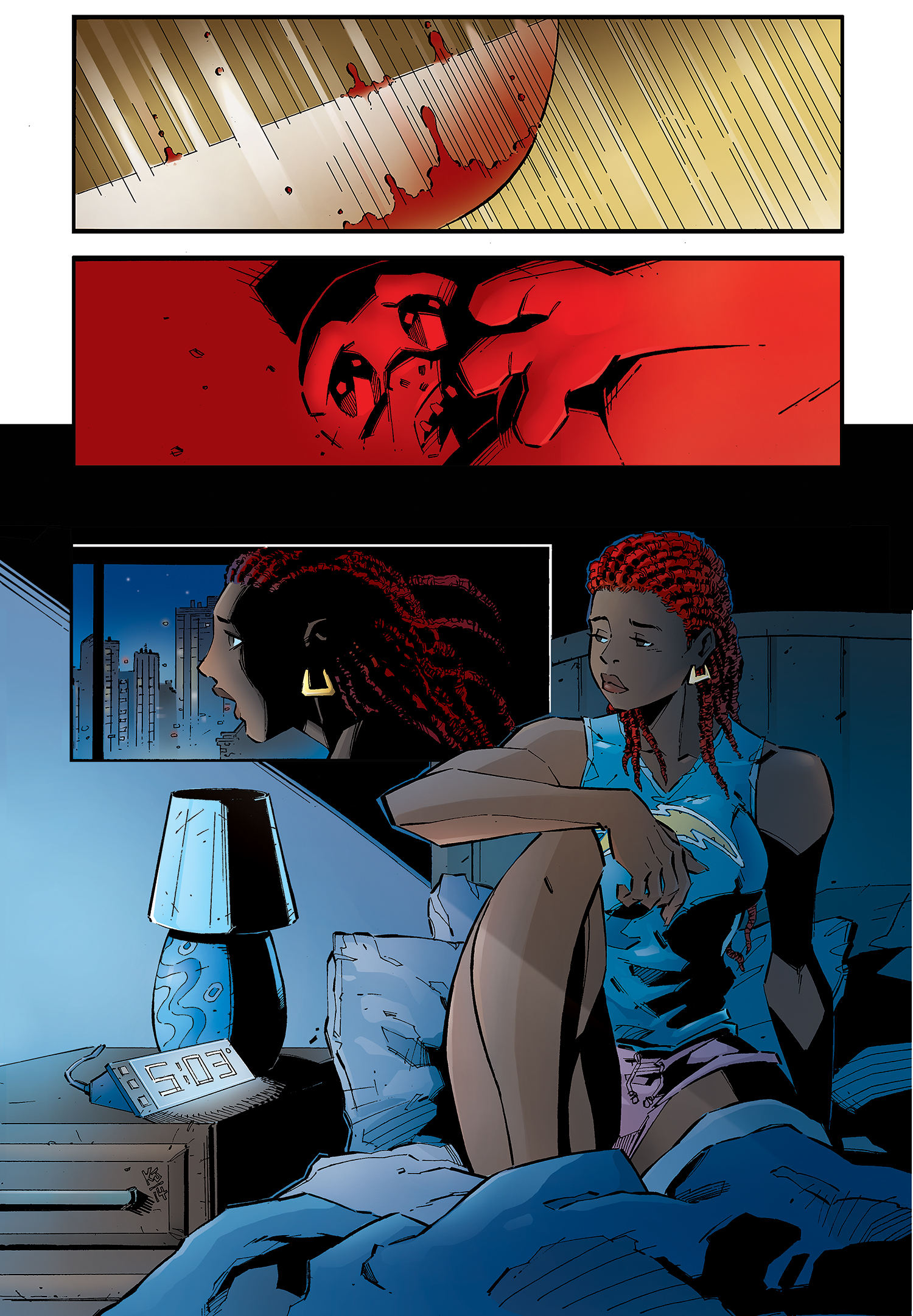 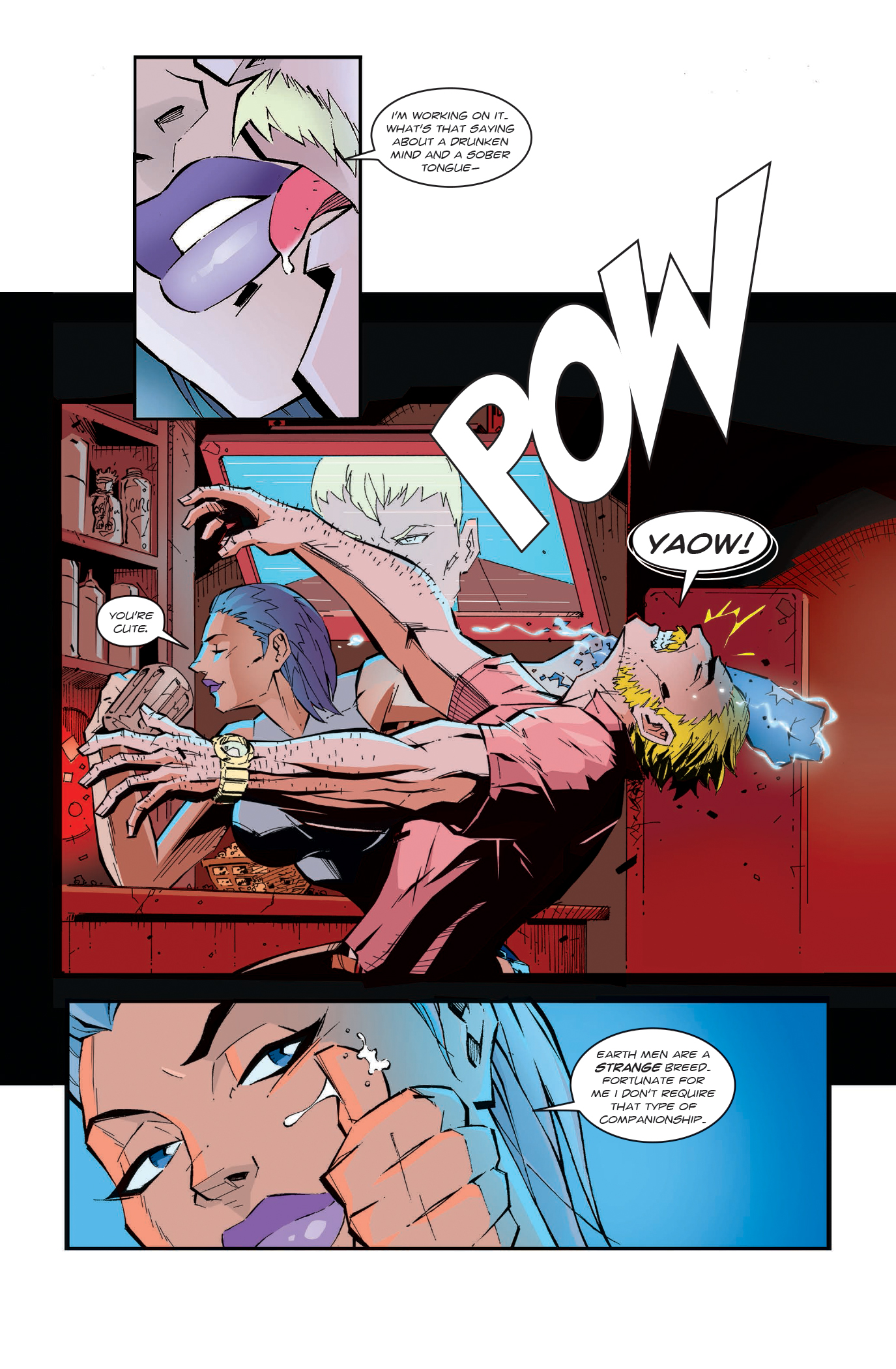 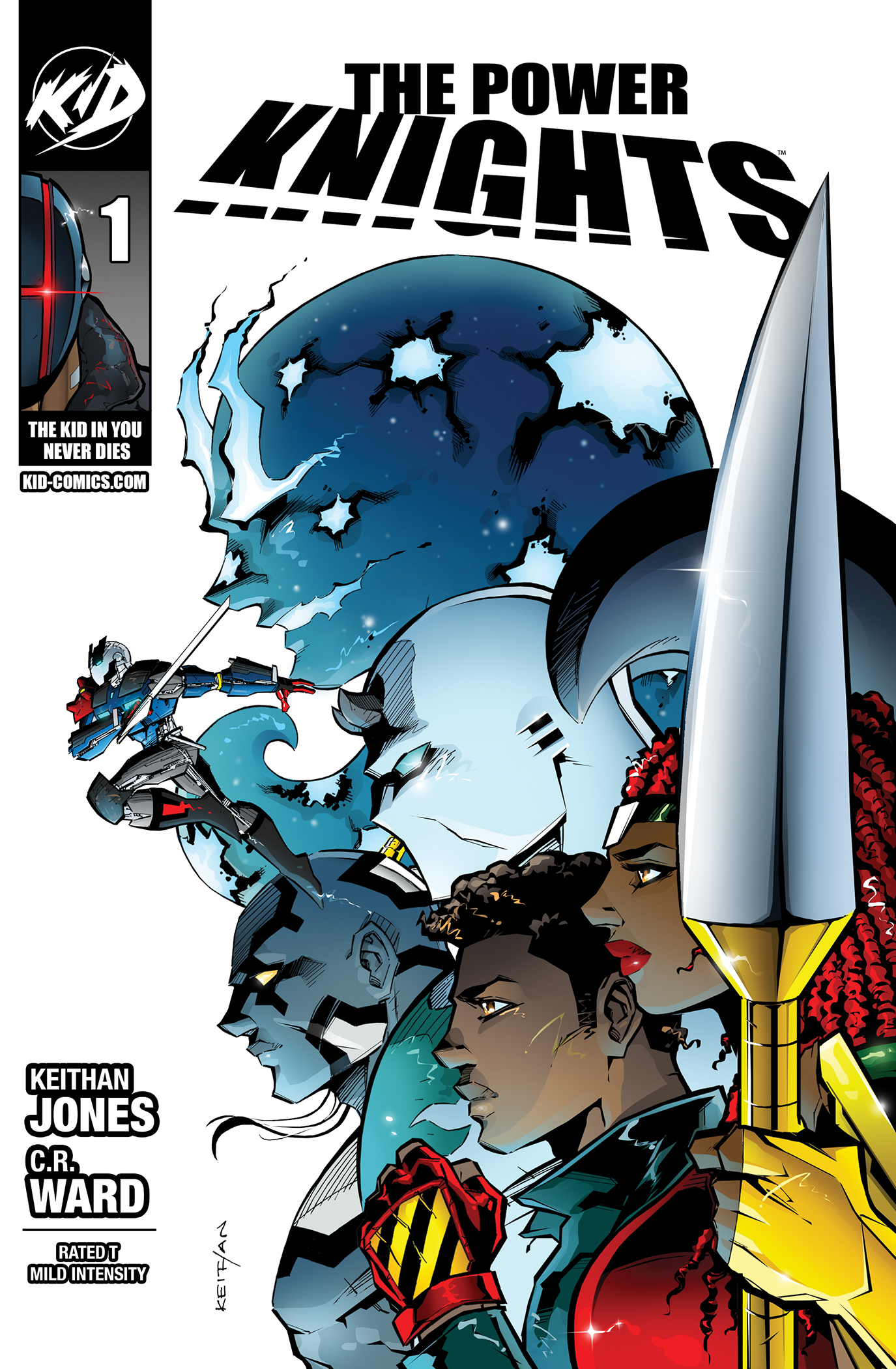 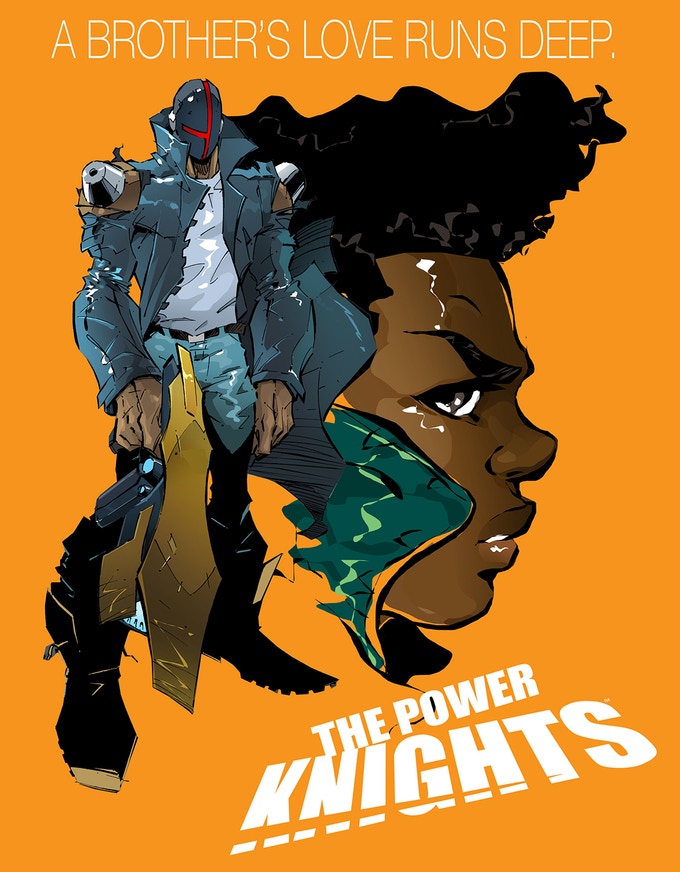 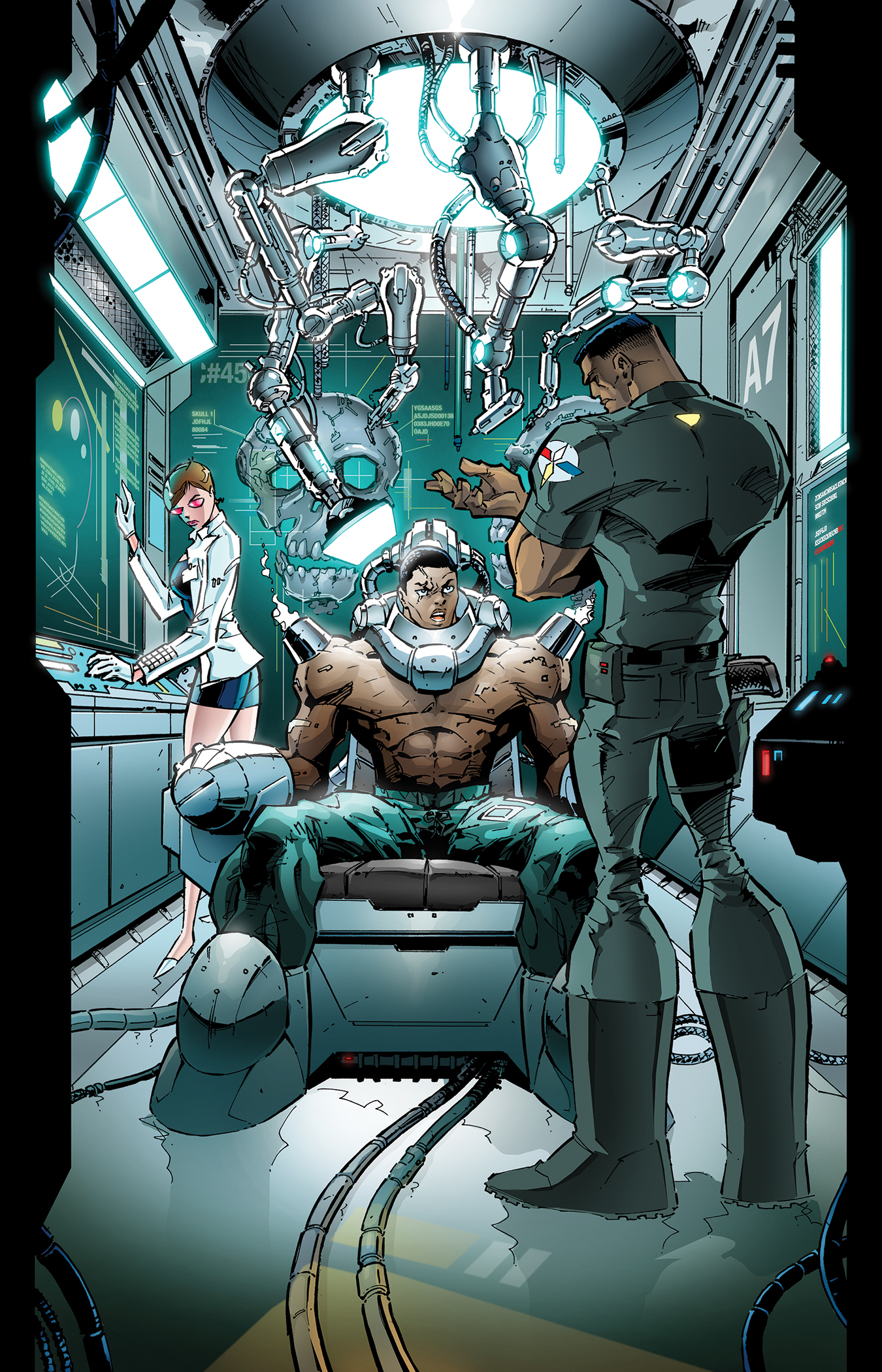 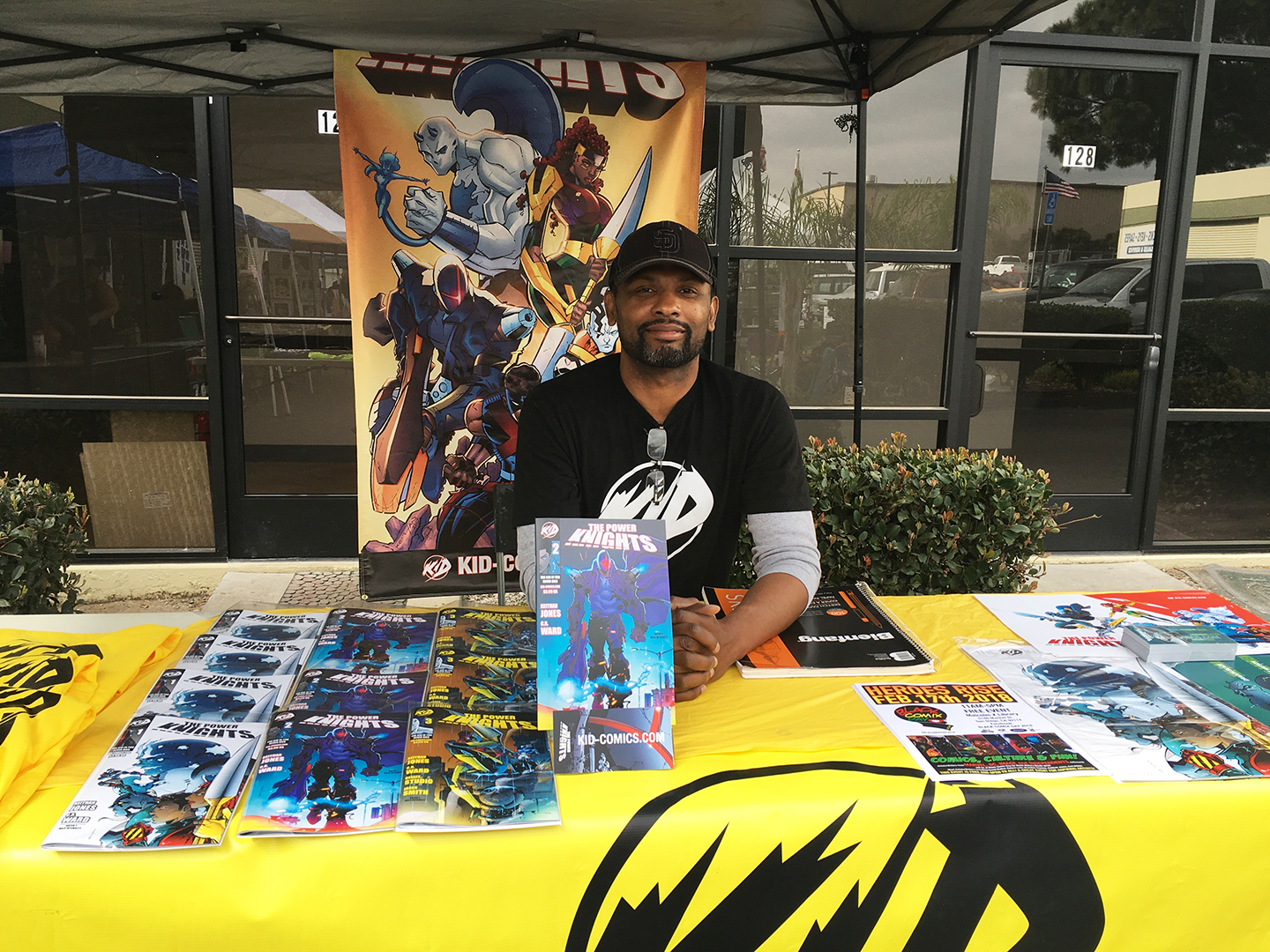