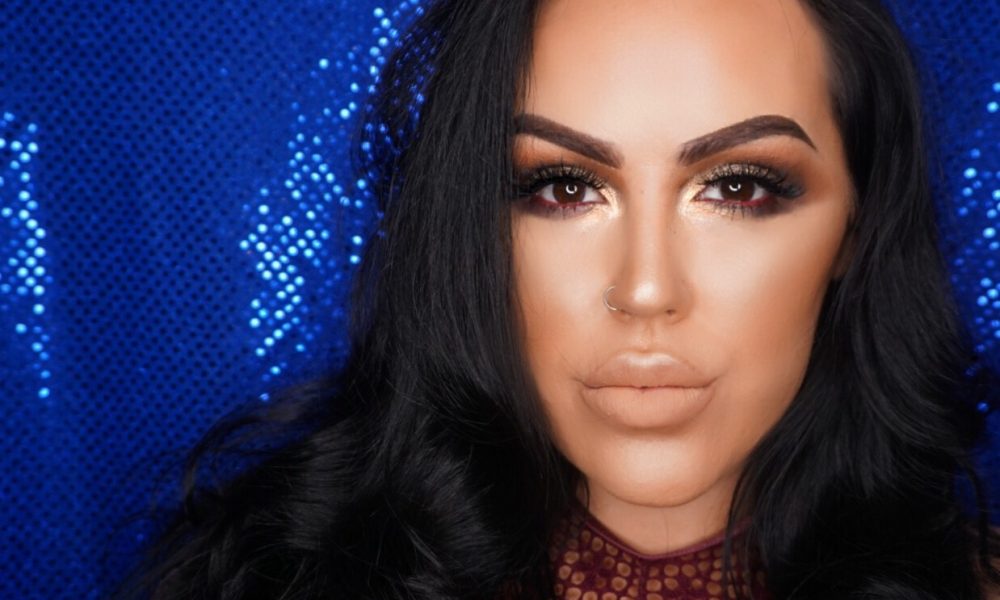 Today we’d like to introduce you to Kristina Crandell.

Kristina, can you briefly walk us through your story – how you started and how you got to where you are today.
My first paying makeup job was when I was 18 years old and a girl had asked me to help her with her makeup for NYE 2007 for $20. I just loved playing with makeup so it was something exciting for me to do! When she saw her face for the first time and was so happy at the way she looked, that’s when I knew what I wanted to do for the rest of my life. However due to life and needing money I had to do other jobs such as retail, serving, and I ended up working in commercial insurance at 23 years old. Doing all this while still taking makeup jobs when and wherever I could! I ended up realizing all I wanted to do was be in the beauty field so I quit my job in insurance with no money saved and I went to a beauty school to get my cosmetology license. I was dirt poor as a young adult putting myself through beauty school and when I finally graduated I started working at a salon. Within 9 months of employment with the salon I was promoted to manager. I still did not make enough money to live on my own in San Diego so I as well had two other jobs I worked which was my makeup and I was also a server. I was doing whatever I could to get more clients but it was slow process. In the mean time I had done many cool jobs where I thought it would be my big break i.e.; Maxim photo shoots, MTV music video shoots, and UFC magazine photoshoots. It never was. and was always a long pause in between big jobs. One day I received a phone call from a woman who owned her own team of female bikini competitors. She asked if I could give a fair price for her team and if I could do a trial with one of her competitors. I was more than happy to do so in hopes of consistent work. I had zero idea that the world of body building would change my entire life. I got the job with this coach and she would send me 1-2 girls every month or so which was cool. It wasn’t until I did a national show in Las Vegas Nevada where my work became highly recognized. I now travel around the country to body building shows and have 8 employees under me to manage the clients. I went from having 1-2 body building clients a month to having minimum 15 every weekend of every month. I have worked with the top IFBB Pros in the industry as well as Ms. Olympia herself for Ironman Magazine! I owe all my success to my clients and to the first girl I ever did makeup on for a show because she took my name back to Worlds Gym in Pacific Beach and it inevitably spread like a wild fire. I have worked very hard at building my business and a reputable name in the Body Building Community and have worked with hundreds of clients from all over the world. It blew my mind when I had some one from China seek me out to book me. I am grateful for the Body Building world as I have been successful enough to have left my other two jobs and do what I love. It has now allowed me to follow another dream and passion of mine which is having my own cosmetic line! Which will be launching in January of 2018!

We’re always bombarded by how great it is to pursue your passion, etc – but we’ve spoken with enough people to know that it’s not always easy. Overall, would you say things have been easy for you?
Absolutely not! I was always losing jobs because if a makeup job came up I would choose the makeup job (which in the beginning most of the time wasn’t paying) over my jobs that gave me paychecks. I always believed I would be better than I was and that I should work for myself which has left homeless three times with nowhere to go and no money to figure it out. Lucky for me, one of the times the most amazing woman in the world, my Grandma, hid me in her home (55 and over community) until I could finish school. If it wasn’t for her I would have never even finished the first part of my dream. All three of times were because a craigslist roommate scammed me and took all the money I was giving them and I would go home and the house would be evicted. There was a large portion of my twenties where I felt like San Diego just didn’t want me and I should just go back to where I was from. I have had a lot of tragedy when it has come to my road but I never gave up and always kept working no matter what.

We’d love to hear more about your business.
I am a makeup artist that specializes in stage and photoshoot and men’s makeup. I know what sets me apart from the rest is my attention to detail, my willing to do whatever it takes for my clients. The fact that I will work early mornings and late nights and do it again day in and day out. I also do all styles of makeup, from beauty, special FX, avant-garde and more

I’ve put myself aside to travel to other cities and states and devote every single weekend to these body building shows. But in my opinion, that is what makes you great, a constant repetition of something.

What were you like growing up?
Growing up I was an athlete, a top division 1 competition soccer player at a young age. I have always wanted to be the best at something my entire life. When I was younger it was soccer. I was a terrible student. I was always finding myself in trouble for breaking some rule. I was actually kicked out of my first high school for my repetition of being in trouble. I’ve always been a rule breaker but I have always made it work to my benefit. Through a lot of trial and error though. I always learned the hard way and I was always that girl that when a door was closed in my face, I would knock and ask “are you positive??”