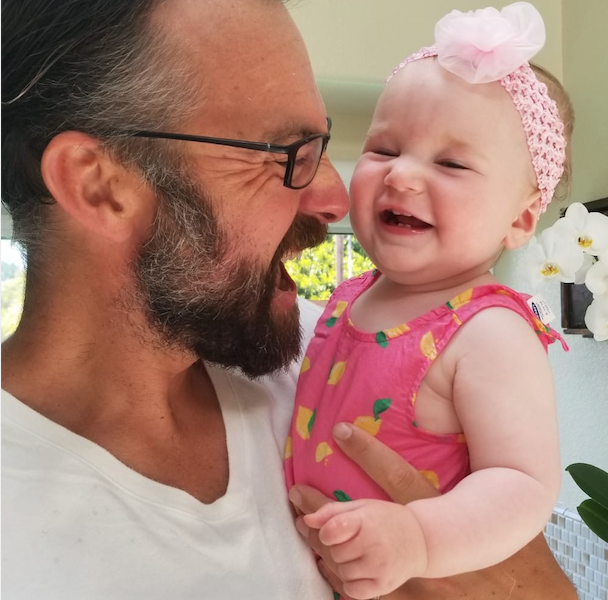 Today we’d like to introduce you to Kyle Tortora.

Thanks for sharing your story with us Kyle. So, let’s start at the beginning and we can move on from there.
I can trace the beginnings of Lotus Sculpture back to reading Herman Hesse’s Siddartha in middle school. I was fascinated by the idea that something else existed outside of my Connecticut bubble I lived in, where expectations were the norm; going to college, finding a steady job, getting married and having kids. I thought I was destined to become a podiatrist like my father and his father before him. After taking organic chemistry during my freshman year at the University of Richmond I knew my heart was not cut out for taking the road often traveled.

That summer I took my first steps on my true path. Siddartha was calling to me, so I decided to do something different in my summer of freshman year. I researched temples in Thailand that accepted foreigners to meditate and booked a one way ticket to Bangkok. Thus started my first true love in life, traveling!

I spent two weeks in a Buddhist temple in Chiang Mai, Thailand meditating and then another two months afterward exploring the country, meeting people, walking through markets and eating everything that wasn’t tied down. I was 18 and my love affair with Asia had begun.

After graduating from the U of R with a degree in religion, I spent the next three years backpacking around Southeast Asia, hungry for the experiences of foreign lands and people. The seed of interest in religion and a foreign culture that was planted in middle school started to flower in those years. I couldn’t have been any happier than with a backpack on my back, sweat rolling down my face and no plans for the day!

India was an eye-opening, intense experience! I began to search for something that would enable me to earn a living while satisfying my passion for travel. I also realized a growing desire to delve deeper into the complexities of the religions of the East. I had an epiphany when I saw my first bronze dancing Shiva as Lord Nataraja statue. I wanted to meet the people who made these beautiful works of art and learn how they were made.

I saw the difficult, tedious, time consuming process of making bronze through the lost wax method and how the artists’ lives were being impacted by the lack of demand for their unique, handcrafted statues. After returning home after seven months abroad I was able to finance a return to India to start a new global marketplace for Indian bronze artists to sell their works through the internet. My ultimate goal was to create a new market for all Asian artists who made religious statuary. Not only would this be a fulfilling job for me but it would increase Western exposure to the beauty and complexity of Eastern religious art. A year and a website later Lotus Sculpture was born!

Great, so let’s dig a little deeper into the story – has it been an easy path overall and if not, what were the challenges you’ve had to overcome?
It is a general rule of the universe that anything worth something in the world does not come too easy. Lotus Sculpture was no different. I had no mentor. I had no guide. There are no classes you can take to export and import religious statues from each country. I had to navigate every new challenge myself. Naturally, there were some pitfalls. There are countless rules for exporting religious statues and they are different for each country and I had to learn them all. The first container I shipped out of Thailand was confiscated by the Thai government because I didn’t have the proper paperwork. Another container from India had to be sent back to India because the wood used for the packing didn’t have a heat-treated stamp on it. The stress of this nearly broke me! To suffer two tremendous setbacks in the beginning years was certainly a learning experience.

I taught myself coding as I was running a website. I became a basic carpenter after my first stone statue that I packed came back to me in a million pieces. I learned how to properly use a camera as I was now the photographer for Lotus Sculpture. I had to wear many hats as I was the only employee so if I wasn’t doing it, it wasn’t getting done!

In the end, I was able to find the solutions for all the obstacles I had encountered, which only made me a better, more confident person. I thought to myself on numerous occasions; “If I can do this I can do anything.” All the trials and tribulations have taught me that there is a solution to everything in life. You just have to find it!

Please tell us about your business.
Lotus Sculpture sells unique, hand-made Hindu and Buddhist statues that I pick from village artists throughout Asia. I am happy to provide a livelihood to so many artists in Asia. One example I am most proud of is my friend, Balan. I first met Balan on my second trip to India where he was living in a former jail where his bedroom was an actual jail cell with bars where he carved small marble statues of Hindu Gods. He is now married with two beautiful girls and has 20 full time artists working with him. Lotus Sculpture made his life and all the people he supports possible. By giving my artists a means to provide for themselves and their families and potentially thrive is the most satisfying thing I have done with Lotus Sculpture.

Is there a characteristic or quality that you feel is essential to success?
Hunger. When I first started Lotus Sculpture you could have asked me what I was thinking about at 2 AM and my reply would have been “statues”. I wanted a Lotus Sculpture to succeed so badly that I lived it every second of every day. I think in the beginning this one sided nature is needed. Now I have a beautiful little daughter and my mindset has changed but in the first five years the hunger for Lotus Sculpture to succeed made it a viable business. 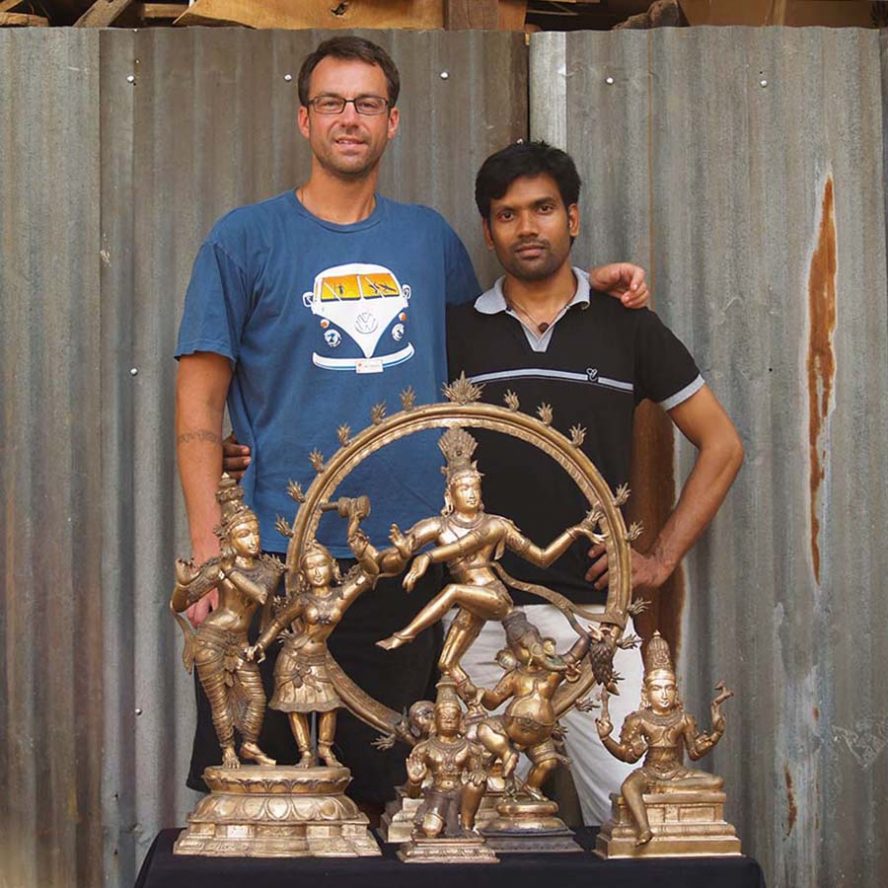 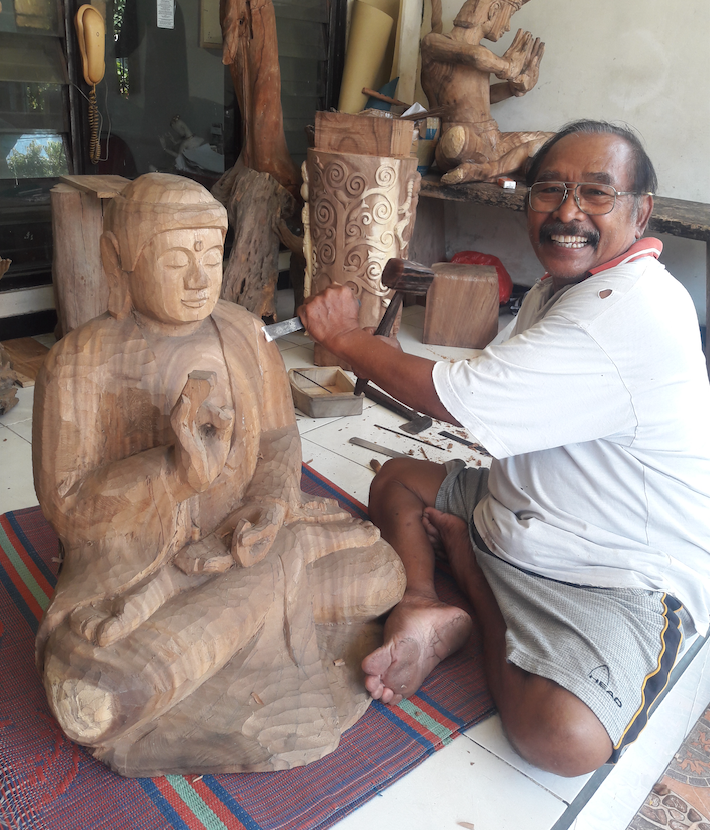 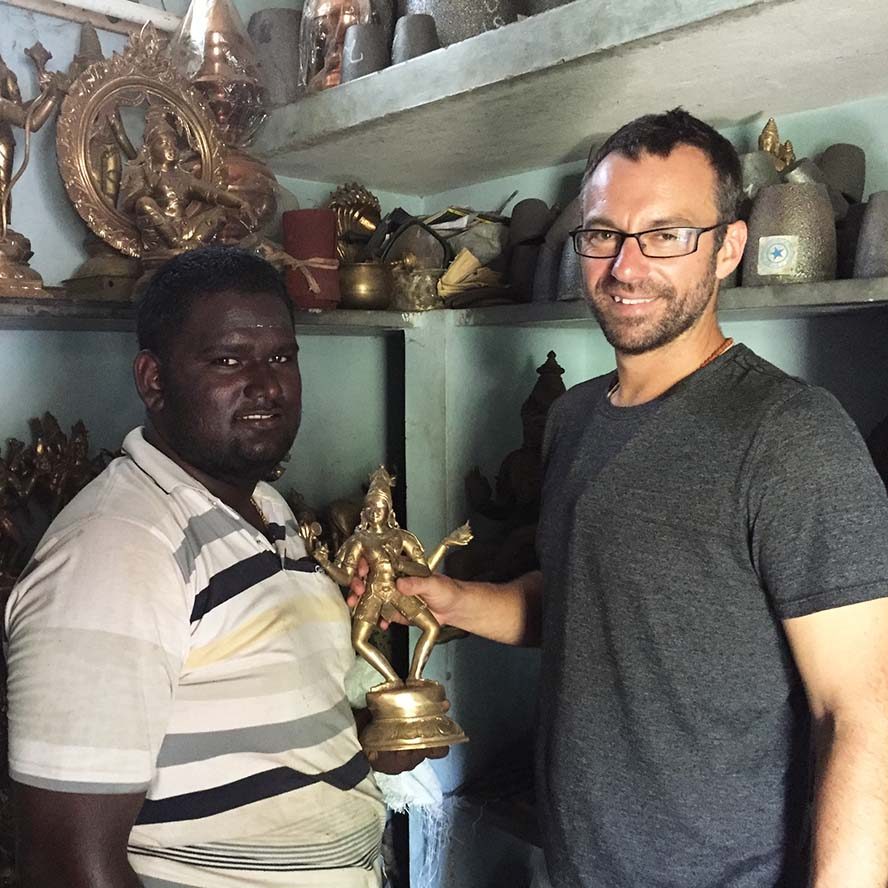 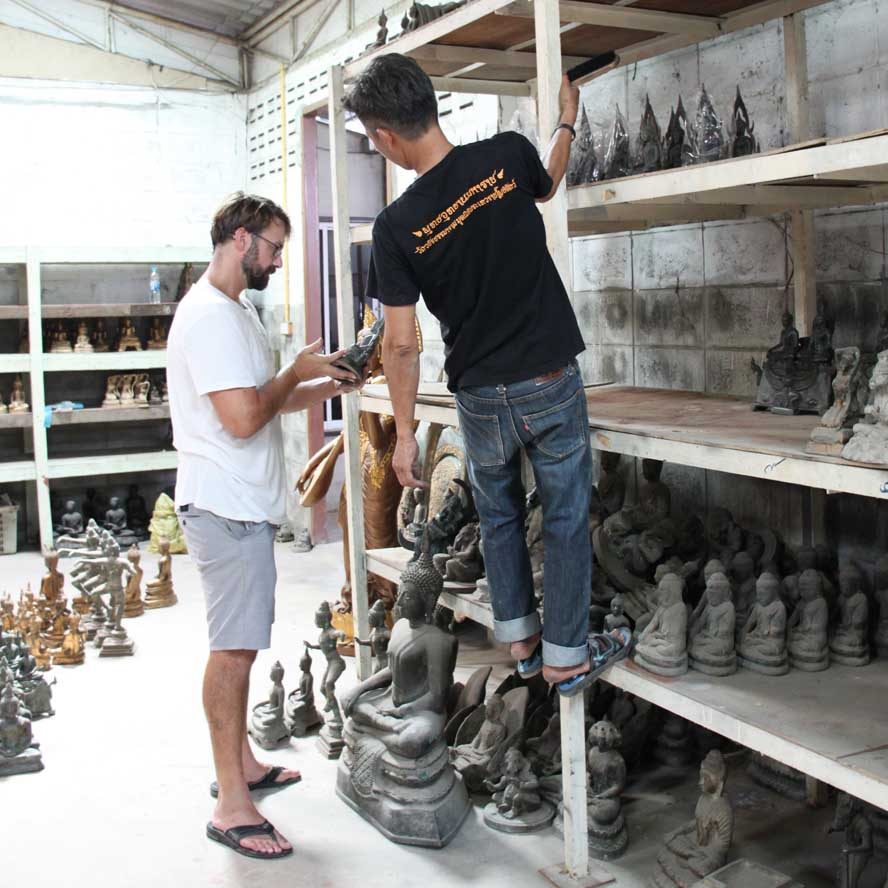 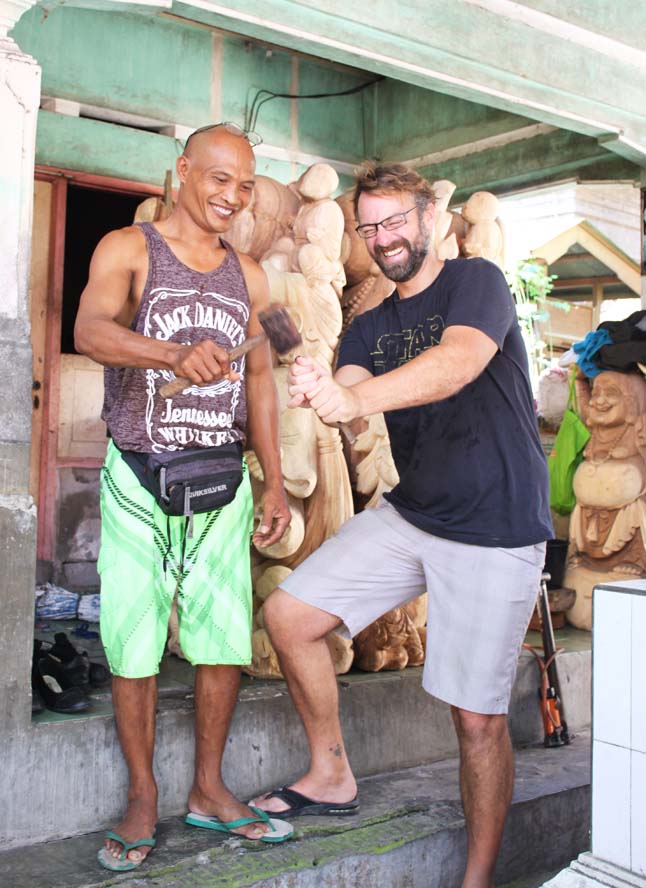 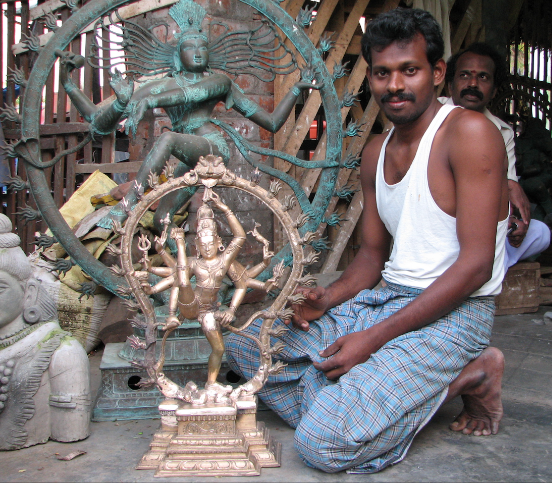 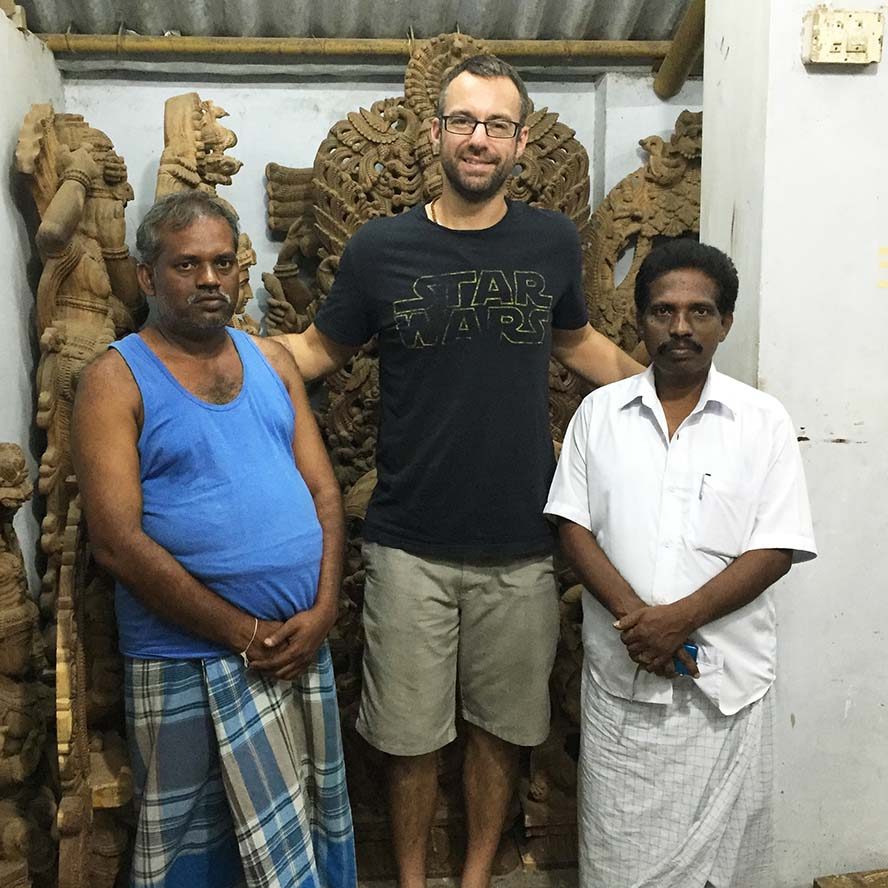