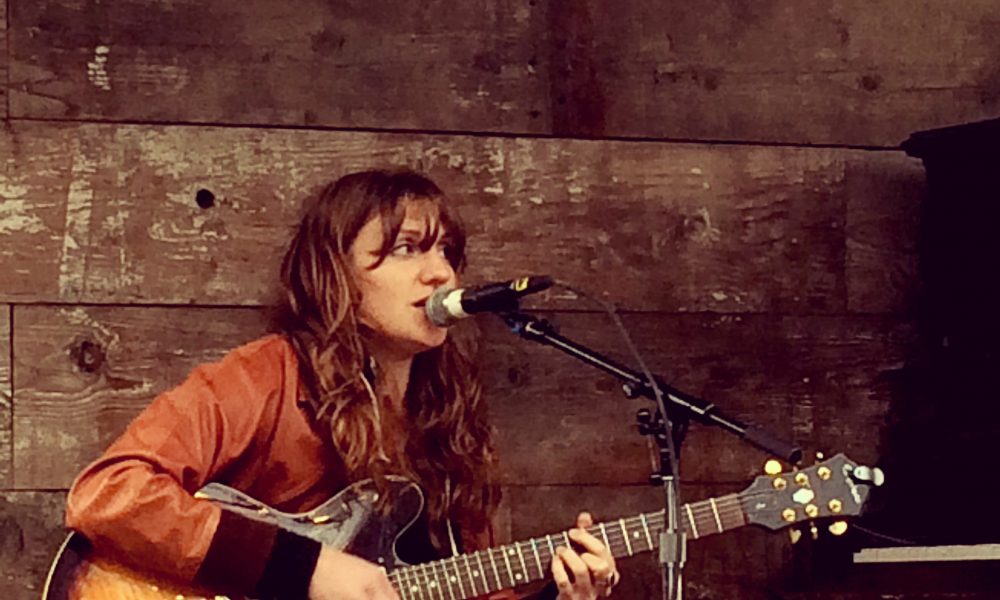 Today we’d like to introduce you to Lizabeth Yandel.

Lizabeth, let’s start with your story. We’d love to hear how you got started and how the journey has been so far.
Well, I’ve been singing and writing since before I can remember I suppose. I started off singing in church choir and was always obsessed with music and the sounds of words. I had some piano lessons as a kid, which really laid groundwork for me I wasn’t aware of at the time.

None of my family members were musicians, but they’re all very musical in their own right. When I was like 16, my older sister got a cheap acoustic guitar. She played it for a while and then put it down, so I took it over and started teaching myself chords. Really I just wanted something to sing along to. This was all in Chicago. When I was 17 I moved to Oregon, and since I didn’t know anyone I spent most of my time playing music in my room, mostly teaching myself covers from Led Zeppelin, Lauryn Hill, Pink Floyd, to name a few.

Eventually, I fell in love with the guitar too and began to study it on my own. Though I probably would have picked it up a lot faster if I’d had a teacher! But I made it work I guess. When I was 22, I moved to New Orleans, and that really was my music school. I played on the street and in different clubs. The level of musicianship is so high there that, if you want to play, you have to be able to keep up. That was my introduction to Jazz. I was there for about three years, and my playing really leveled up, but my drinking was kind of killing me, so I decided to leave and go back to Oregon. I went back to college, worked full-time to support myself, and kept writing music.

Eventually, I put an original band together called The Slow Kill, which eventually became Jinn & the Slow Kill. In school, I ended up falling into Creative Writing, which I had honestly never thought about as a profession before, but I really took to it. My original band played a decent amount around Eugene and Portland, and I started singing as part of a live backing band for the hip-hop duo Eastern Sunz. With them, I did some touring of the West Coast and opened for groups like The Coup and Blackalicious. I took a couple of Jazz Improv classes while in college, which taught me a lot more about music theory.

After graduating, I felt kind of stuck and was just working in the service industry and drinking pretty heavy again. I think this is a big part of why I felt I needed to leave. I applied to graduate programs in writing, and of the programs that accepted me, I decided to come to San Diego. Since I’ve been here I’ve played a decent amount around town, and a little in L.A. For the most part, I’ve been playing solo, but recently picked up a super talented drummer, Jules Stewart, and am hoping to keep building into a full band.

We’re always bombarded by how great it is to pursue your passion, etc. – but we’ve spoken with enough people to know that it’s not always easy. Overall, would you say things have been easy for you?
Of course, there are struggles for people attempting to make art and creativity their profession in our society. It’s kind of a constant hustle that doesn’t pay all that well! And I’ve thought about giving it up, usually when I’m at my brokest points. Honestly, I tried to give it up a couple of times, but I just ended up feeling like there was no point in being alive if I wasn’t playing music. I’m helplessly in love with it I guess.

My main personal obstacle though has always been confidence. It is perhaps the most important thing for a person to have in this world, maybe especially a performer, but if you didn’t get it from the start, it can be the most difficult thing to get. I’ve come a long way in nurturing and building my self-esteem. It’s a constant battle though! There have been many times where my anxiety and lack of confidence have kept me from being able to even leave the house or talk to other people.

Through my 20’s, I just tried to drink it away. Obviously, that isn’t a sustainable plan, and I feel really lucky that I’ve been able to get control of my drinking and find ways to believe in myself. Music and writing have always been there for me through all of life’s challenges, and I’m infinitely grateful for that.

We’d love to hear more about what you do.
People tell me my music is soulful and real and well-crafted, and I finally feel comfortable saying I think so too. I aim to push the boundaries of music and find new ways to explore it while pushing the boundaries of myself as a musician, and I think this makes for an interesting and unique sound.

Being a poet and writer as well as a musician, I think my lyrics are often unique and thought-provoking, which is something I admire in the work of other songwriters as well. When I’m doing it the way I mean to do it, I am able to truly pour my heart into my performances, and I think this is ultimately what speaks most to people and what ends up staying with them.

So, what’s next? Any big plans?
Right now, I’m focused on putting a band together, and we’re definitely on our way! I’m interested in continuing to book shows in San Diego, Los Angeles, and the surrounding areas (hopefully Tijuana soon!). My next steps will be to record my newer, previously unrecorded tunes, and hopefully some that we’ll write together as a band!

Next is touring, likely starting with the West Coast, then the rest of the States, and hopefully making it to Europe within the next couple of years. I plan to apply to festivals for the next festival season. Generally, I’m pretty thrilled to see where music and I go together.

At the same time as all this, I’m working on a book of poetry and attending an MFA in creative writing. I’m excited to continue to progress as a writer and build collaborative relationships with other writers and artists in the area and elsewhere. I have a dream of starting an online literary journal/music review site that publishes in print twice a year. 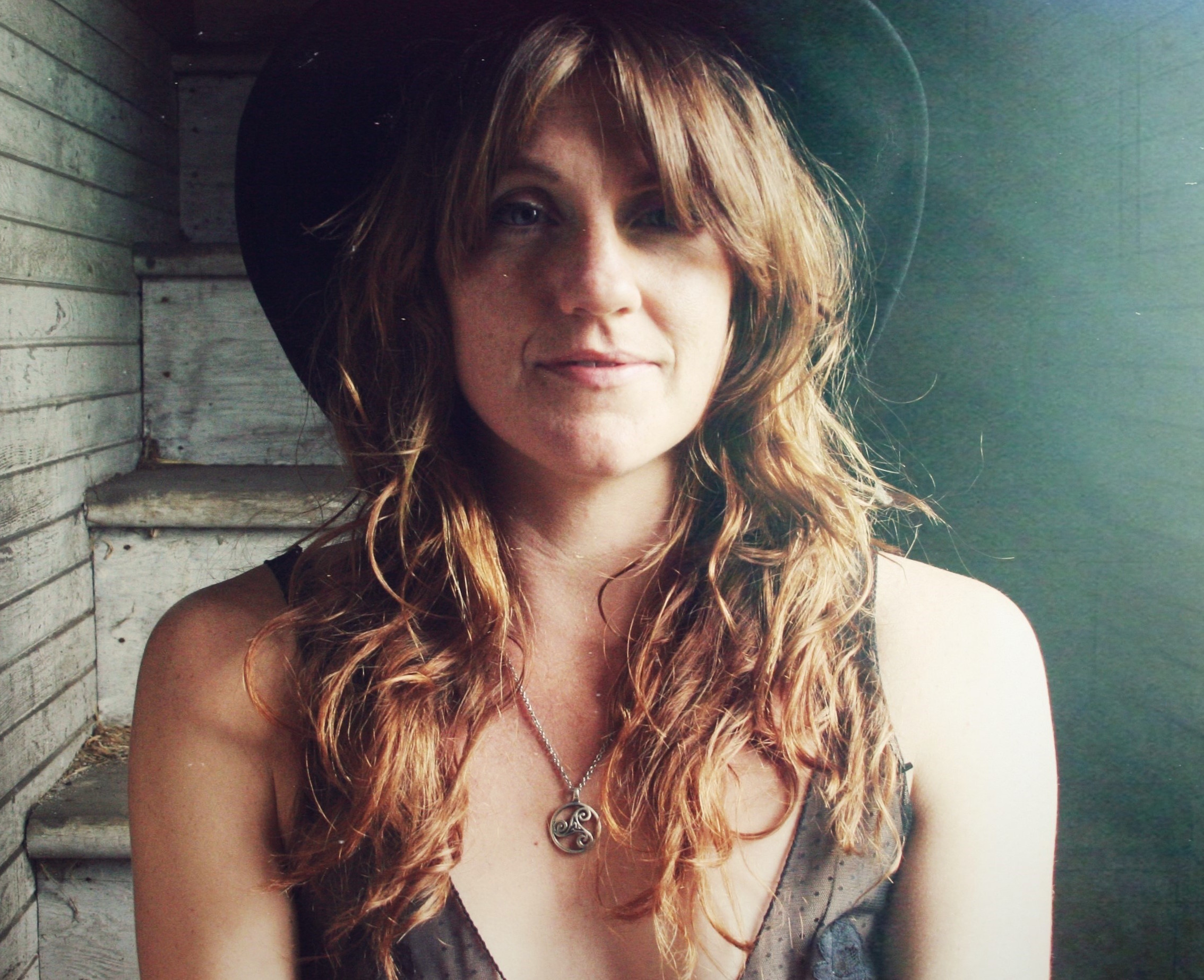 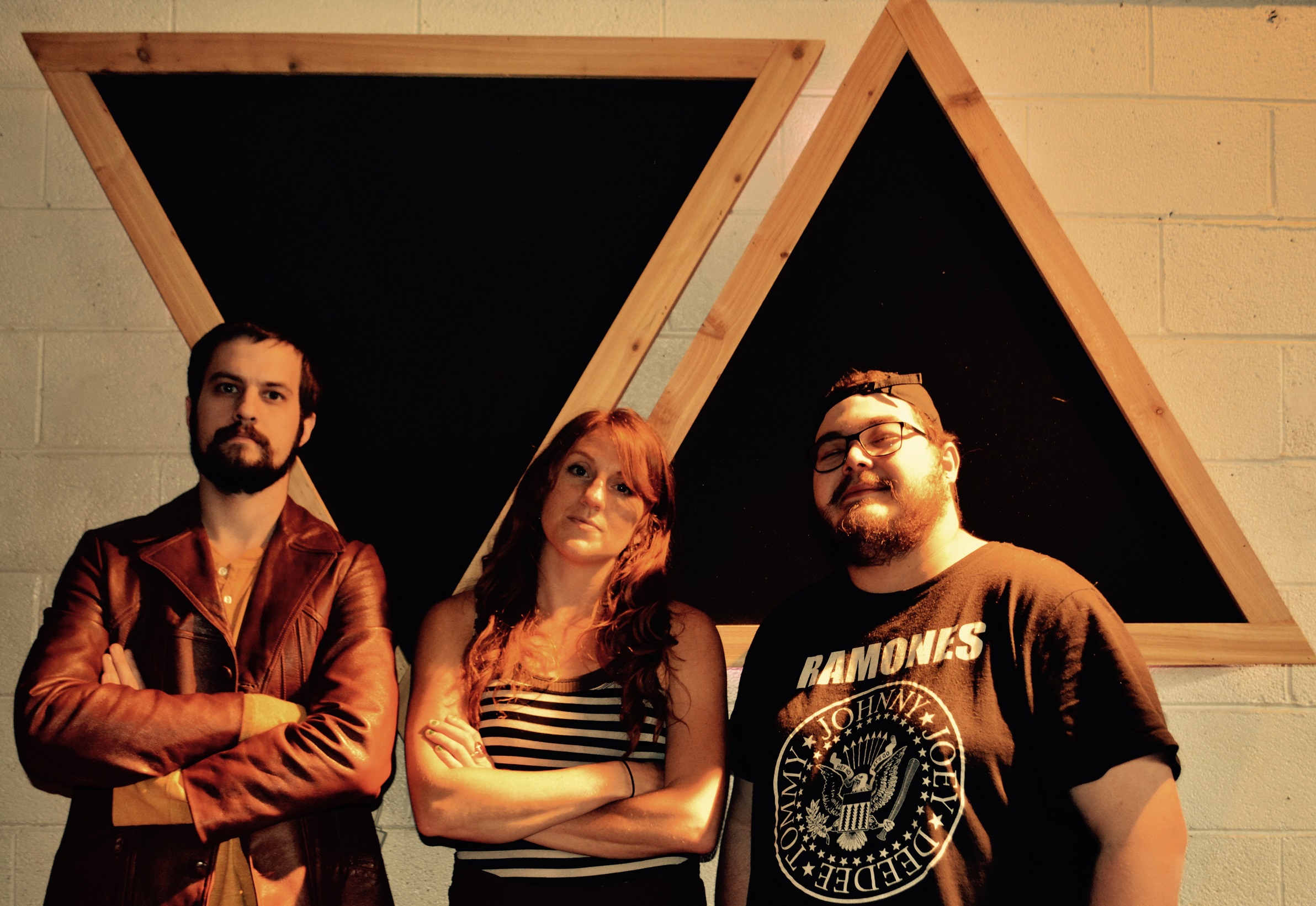 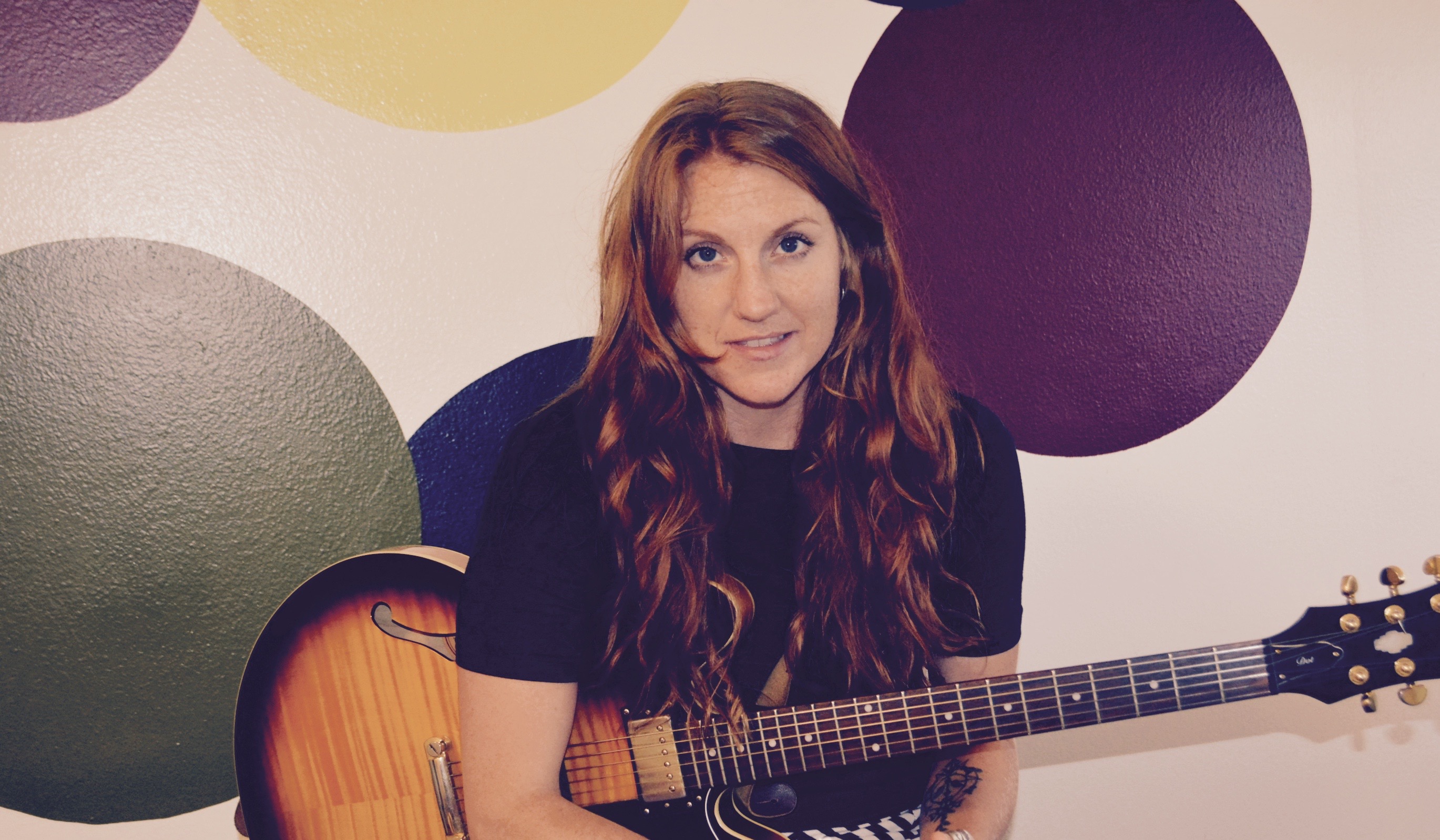 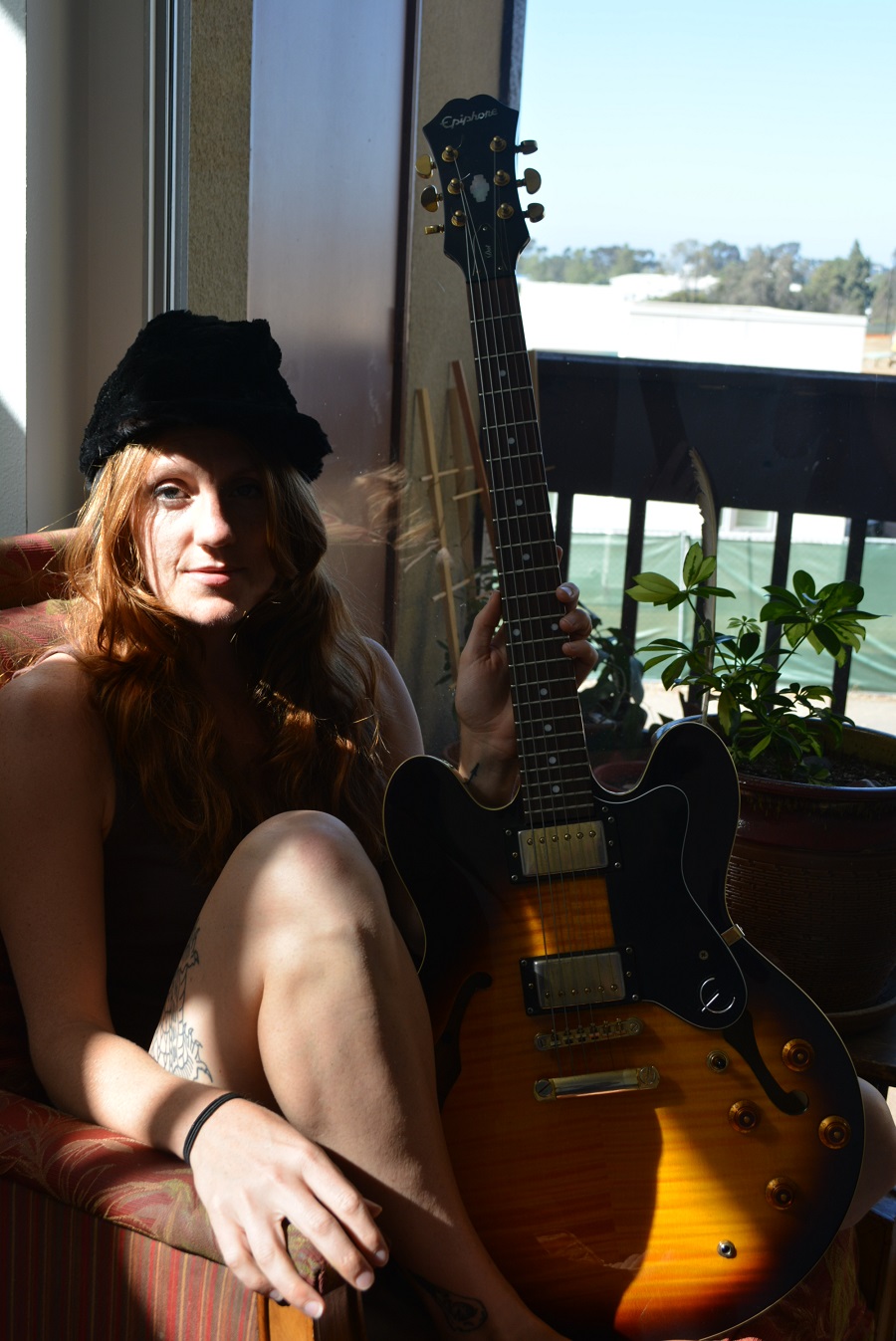 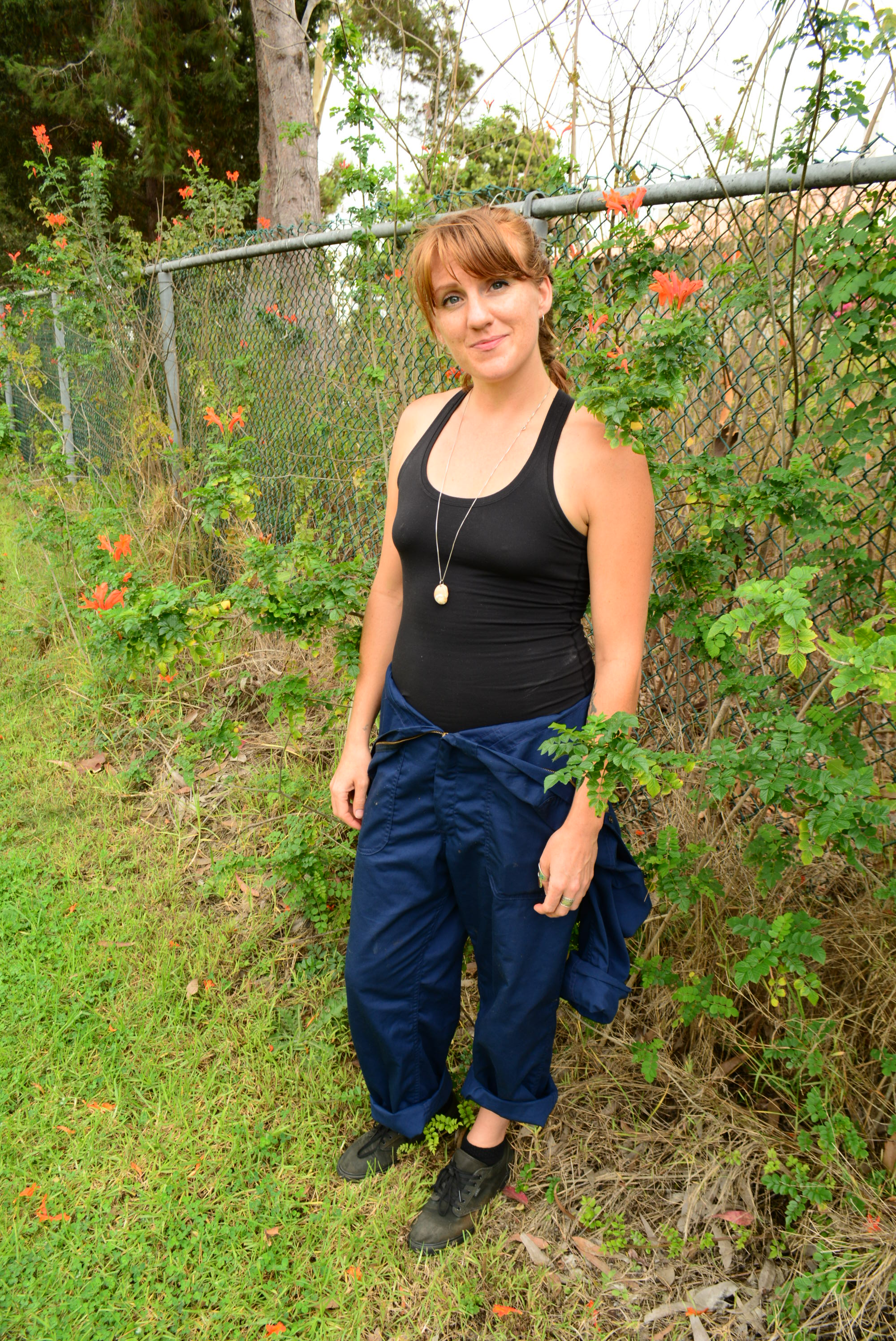