Meet Lorelei Isidro-Garner of Fish & the Sparrow in La Mesa 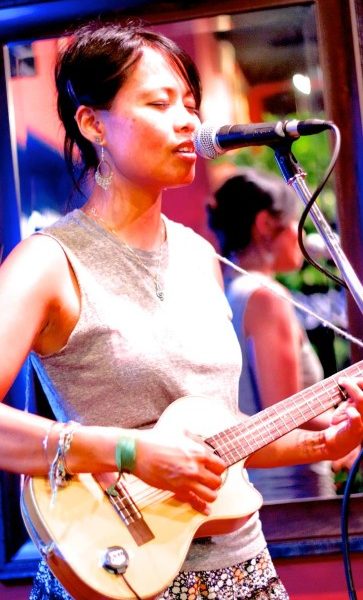 Today we’d like to introduce you to Lorelei Isidro-Garner.

So, before we jump into specific questions about the business, why don’t you give us some details about you and your story.
I, a Military Brat of Filipino heritage born in 1977 in Honolulu, Hawaii, cried when her family got stationed to move back to San Diego from the wonderland home of her beloved Yokosuka, Japan. Golden memories were made there, not to mention my very first crush on a boy whose last name was… “Gold”. Jeremy Gold with milk-pale skin, wavy brown hair, and puppy-brown eyes. My scrawny, smudge-faced pack of friends roamed the streets on our bikes eating flowers, launching barbie’s down the hill in their roller skate cars, and making roly poly terrariums from the dark, rich earth which was this wonderland I so adored. It was there where my true love found me.

One day, a neighbor cleaned out their home of unwanted things. One of them was an old, boxy keyboard which landed in the corner of my bedroom. I’ll never forget what came over me when I laid my 6-year-old hands on those clunky, plastic keys.

I was in utter bliss as I beeped, bopped, urped, zinged out freestyle melodies. My poking fingers bounced here and there, and all over. The sensations of sound and touch hugged me like a happy, little tornado. The sun beamed through my bedroom window and warmed my mesmerized face. With eyes closed, mouth closed, but smiling, the moment was blissful. The moment was golden.

Despite my tears, we moved to San Diego, I continued my piano lessons and became very good, especially at sight-reading. Sight-reading is the ability to play a piece of music “cold”. Meaning, being able to play a piece you’ve never seen before recently. I got really good at this. Too good that I cheated during lessons by not practicing, but still playing well enough so my teachers could say, “Good job, Lorelei, it sounds like you practiced.” I didn’t. Well, I did practice, but just the music I liked which were mainly musical theatre favorites like “Phantom of the Opera” and “Les Miserables” to name a few and, oh! Don’t forget the Disney songs.

One of my piano teachers was appalled at my proposing “Nine to Five” by Dolly Parton. She was a sweet, white-haired, hunched-over, little lady with 2 smelly Pomeranian puff ball pups who’d skitter over to me on their fragile little stick legs and bark weakly at my shins when I’d arrive for lessons. She creaked, “that’s not music, honey. Here, let’s play another Sonatina.” Bless her heart… Bless MY heart!!

As one would guess, I became a functioning musician. I was an organist, accompanist, a vocalist but more importantly, I became a songwriter. Songwriting brought me back to that place where it all started. That place of curiosity and wonder. That place of experimentation and discovery of what I was capable of. Granted much of my early songs were doinks, the experience ignited the golden glow that had faded over the years.

My compositions range from old country-tinged love songs to haunting neo-classical piano solo pieces. I also took up the tenor ukulele several years ago, so I could jam with my now husband, Jon Garner, who is a jazz and gypsy jazz guitarist, vocalist, as well as an accomplished songwriter. We play gypsy jazz & vintage tunes from the 1920’s to the 50’s around town under the name, “The Garners”. My solo stuff is under the delightful name, “Fish & the Sparrow”.

I don’t know what the future holds for me and my zinging fingers, but whatever it may be, may it be golden. XOXO

We’re always bombarded by how great it is to pursue your passion, etc – but we’ve spoken with enough people to know that it’s not always easy. Overall, would you say things have been easy for you?
It’s not as much fun without the bumps. It’s what keeps the journey exciting! But, one uphill battle that continues to challenge me is self-doubt. It has tripped me when I tried to be confident. It has fudged up piano recitals by cutting off communication from my brain to my clammy, yet flailing fingers. It has stuck it’s fat thumb on my throat when going to sing a brave note. “Damn you, self-doubt. Where did you even come from???”

Yep, ’tis a biatch, but you learn to tame it. How? By getting back in that saddle and getting thrown off again, except that as each fall happens, you’re getting better at staying on longer and longer till you don’t fall off anymore. Till you and that damned pony are one.

So, as you know, we’re impressed with Fish & the Sparrow – tell our readers more, for example, what you’re most proud of as a company and what sets you apart from others.
My music is emotional, heartfelt, and very much “me”. I guess that’s what I am proud of. It’s authentic. Also, I am in love with many genres and styles of music and, so, it shows in my own writing. So, I guess, you’ll find a lot of variety there.

So, what’s next? Any big plans?
Simplify. I want to shape my life according to the things I love, and therefore only have those things in it, as much as possible. Those things include writing and recording, making connections with fans of my music, always striving to be better at my art, and maintaining a beautiful garden with chickens and maybe a goat. Oh, and to visit New Zealand and Ireland. 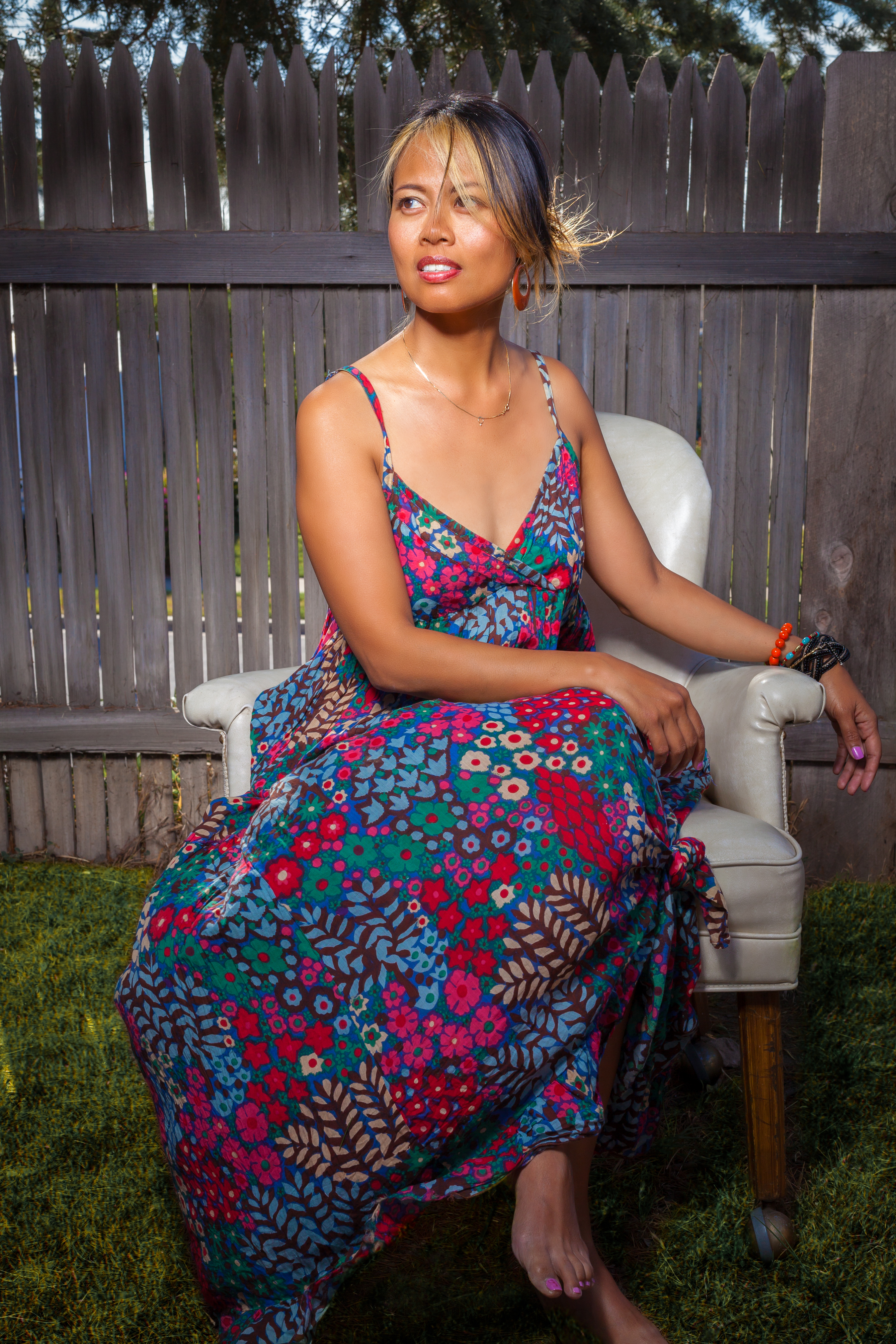 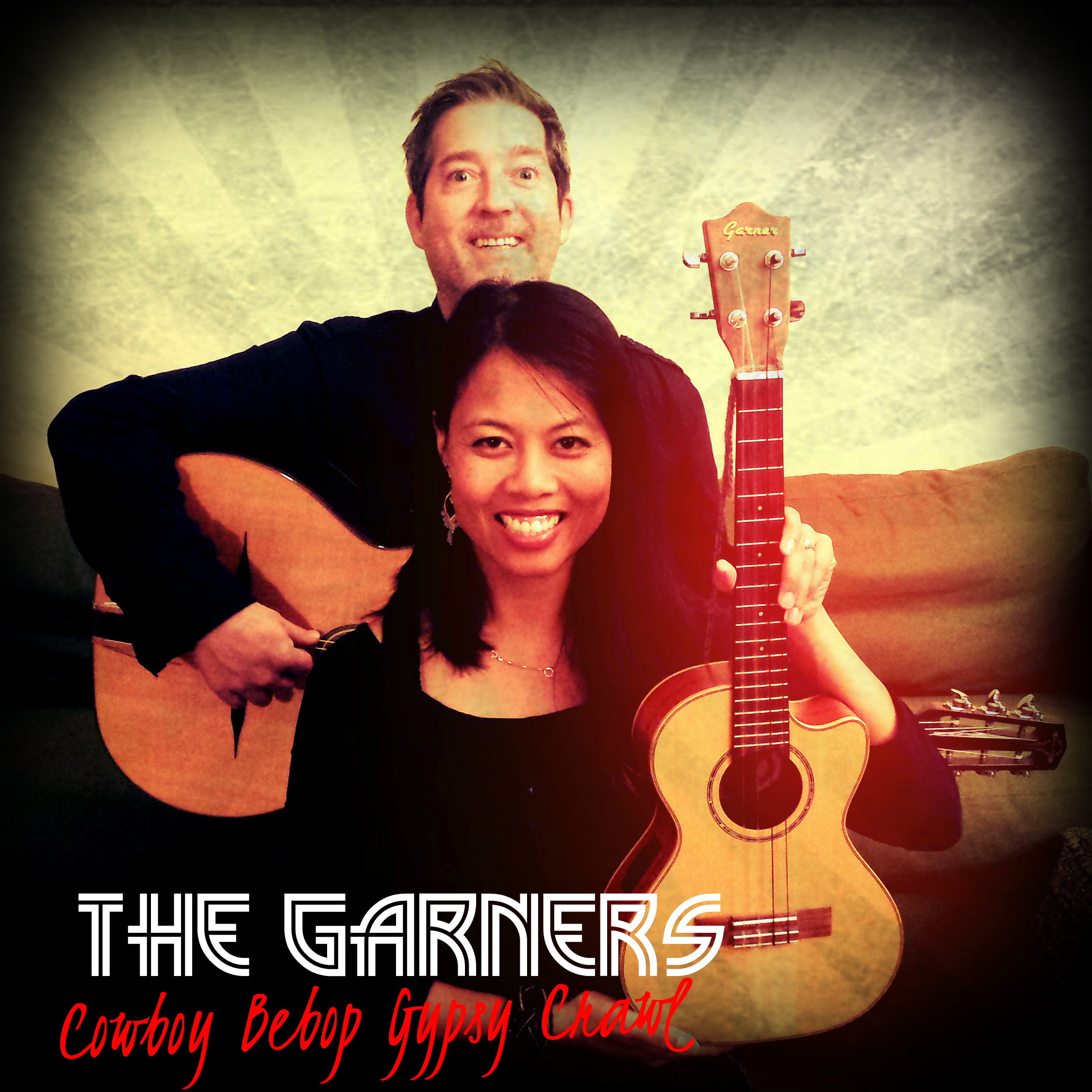 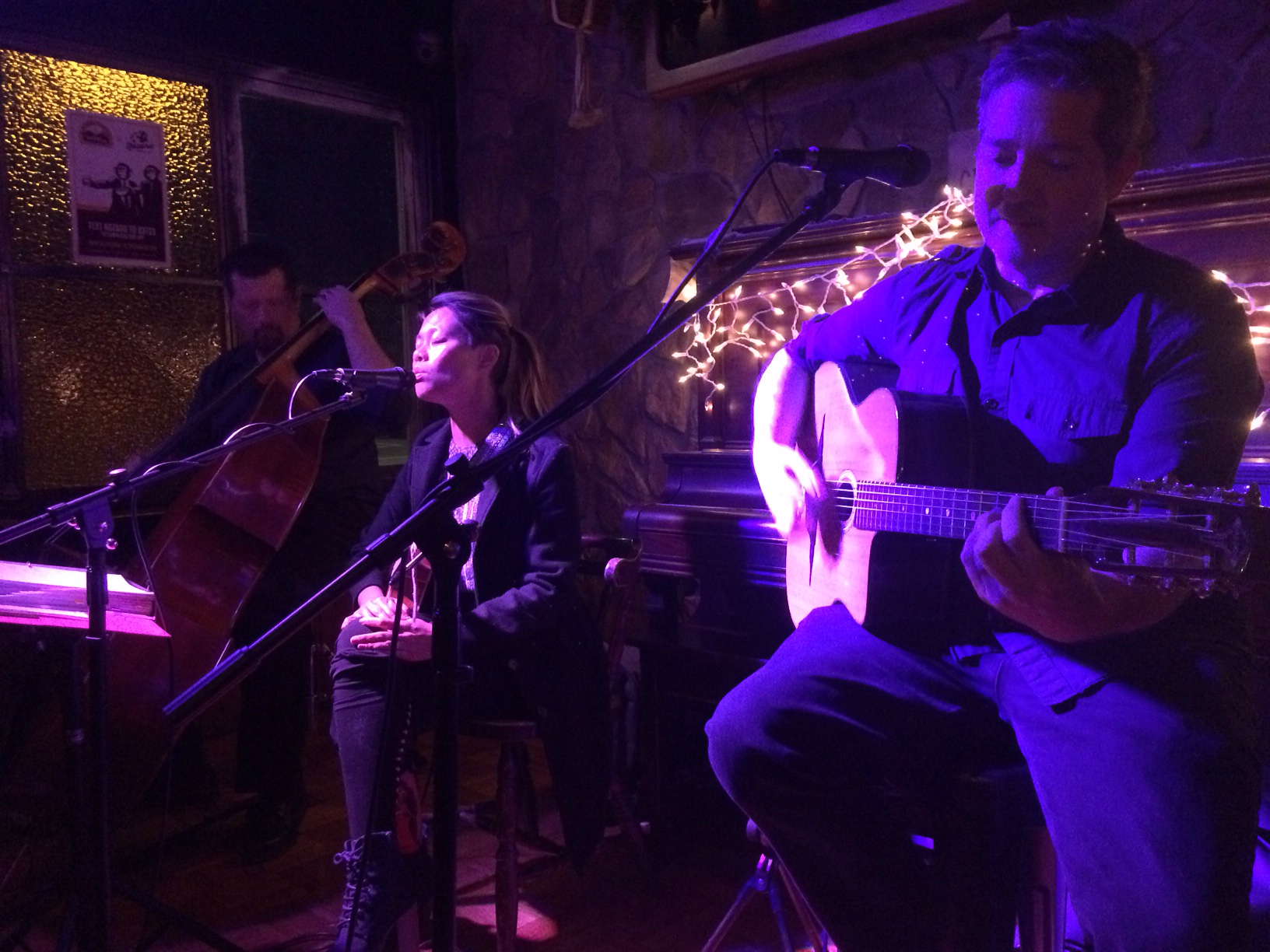 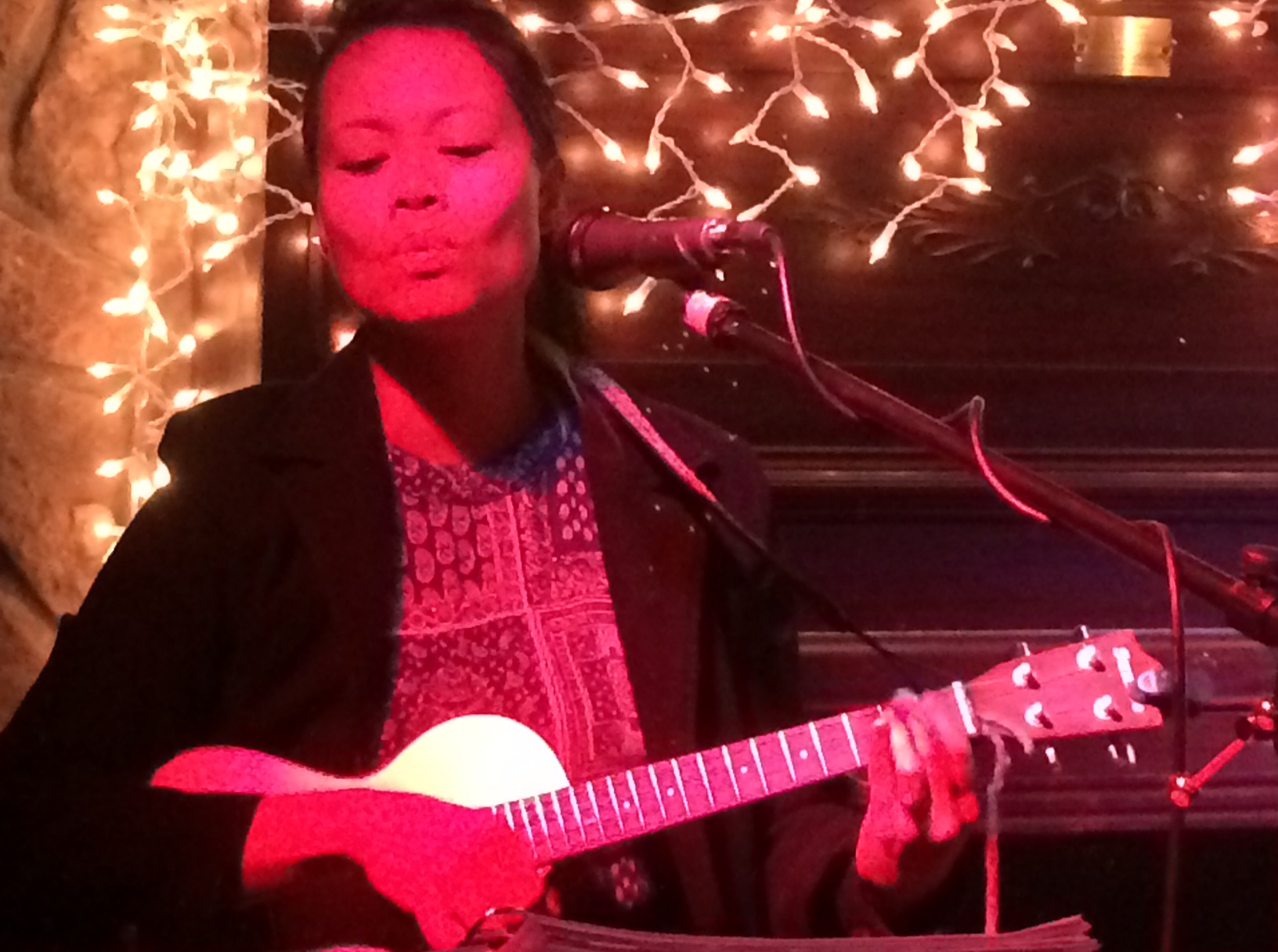