Meet Lucas, Derek, Matthew, and Nico of Osmium in Beaches 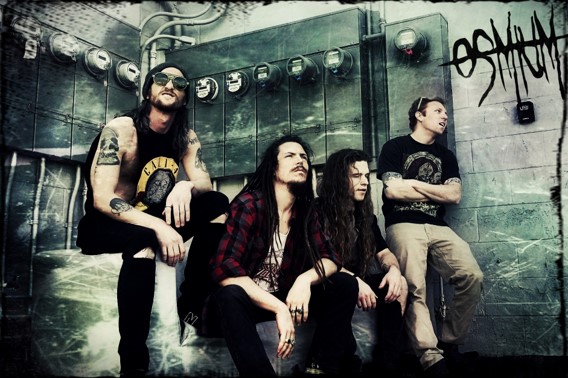 Today we’d like to introduce you to Lucas, Derek, Matthew, and Nico.

Lucas, Derek, Matthew, Nico, let’s start with your story. We’d love to hear how you got started and how the journey has been so far.
Derek: Well… I wrote a few of the songs you’re hearing 15 years ago, sitting with a broken leg from skateboarding… I met the guys back in November [2018] in an apartment jam session in Ocean Beach, with a bassist that just couldn’t get it together. He got the axe. About a week before our first show, along comes Nico this super kind and energetic dude who just brought a whole lot of light and just enough darkness to Osmium…..

Overall, has it been relatively smooth? If not, what were some of the struggles along the way?
Lucas: We realized less than a week before our first show that lineup changes were needed direly. At that point we let our bassist go, and I started to learn the bass tracks myself but then Nico showed up at my NYE event (where the rest of the band was involved) and he joined the band, learned all the songs and even wrote a new song with Derek before our first show on January 5th. Since then all we’ve done is play bigger and bigger shows and grow as a family and a band seemingly by the hour at times.

Alright – so let’s talk business. Tell us about Osmium – what should we know?
Lucas: We are Osmium. Osmium, on the periodic table, is the heaviest metal element per unit of measurement. We incorporate every different version of what “heavy” can refer to into our performance. Our live shows set us apart from any other band I’ve played with in my nearly two decades of being on stages because we bring a certain energy and drive that I have never felt before and get response from every crowd we play that confirms my own observances. As a “new band” I’m most proud of how fast we have grown and started to build a following and the gigs we have locked down when we have REALLY only existed as the full lineup we are since the start of 2019. It’s still blowing my mind that we are already booking a tour and booked for festivals.

Any shoutouts? Who else deserves credit in this story – who has played a meaningful role?
Nico- First, I’d like to thank our fans, your screams and energy has fueled us more than you know.
All the venues and engineers that helped us sound our best, thank you.

Getting in touch: VoyageLA is built on recommendations from the community; it’s how we uncover hidden gems, so if you know someone who deserves recognition please let us know here.