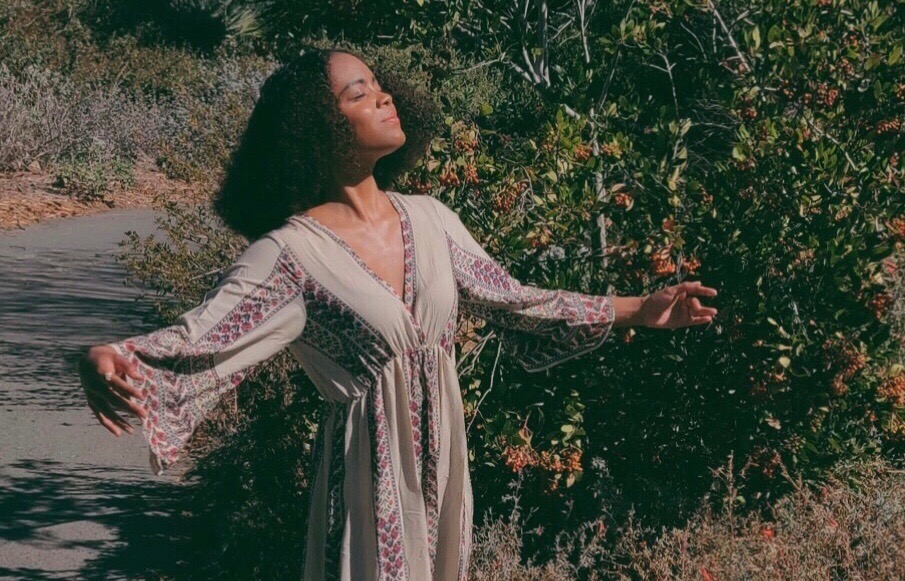 Today we’d like to introduce you to M.G. Hughes.

M.G., let’s start with your story. We’d love to hear how you got started and how the journey has been so far.
I began writing at a very young age. But if I were to dive into the origins of my author’s journey, it starts with the fact that my family always encouraged my creativity. Nothing was ever truly limited. I was not corrected or ridiculed, as I’ve heard other writers describe of their upbringing, when it came to expressing myself. As long as I wasn’t getting into trouble the behavior was very much celebrated. And that in itself—the act of creating something out of nothing, or the idea of blowing air into a grocery bag that would further become my temporary volleyball as my grandmother filled her cart, or the innocent thought of gathering every lone piece of wood and cardboard and twist ties as I could find to build a fort for my toys and stuffed animals—all of that contributed to what I can now say in my adult life is this: storytelling. I assume most of us back then participated in these kinds of activities at some point in their lives, in some sense or way. But for me, the difference was that the physiological doing of these things, the creation of fictional worlds never really went away. It simply took on the form of writing.

Novels, short stories, poetry. That’s what I do. But in some strange sense, and even though I do see that each is incredibly different in terms of their mechanics, I think the reason for why I gravitate towards all three instead of either or is because, to me, they all summon the same thing. That thing is, once again, creative storytelling.

As I grew older I found myself thinking back at those times when my teachers told me you couldn’t use ”but” at the beginning of a sentence or stray away from the traditional ”beginning, middle, and end” storyline. They said these things were literary sins. But if you ask me, I think it’s the very reason why so many kids grow up hating writing and reading altogether: the adults introduce it like a ruler to the hand rather than language to paper. The ironic truth? The most telling truth is that even though there are basic literary rules to follow when writing a story they aren’t necessarily holy, because these things critics say to follow are only guidelines. Suggestions. There is no ‘’right’’ way to tell a story.

It wasn’t until I read prominent Jazz Age authors come my first year in college, authors such as Langston Hughes and Zora Neale Hurston, that I realized you really could write in vernacular, use all caps, skip lines, and extended hyphens. As an African-American, this held a tremendous impact on my life for two reasons. The first was that growing up, we didn’t read too many papers or stories written by African-Americans from the 20th century that didn’t revolve around civil rights or politics. The names Langston Hughes and Zora Neale Hurtson was also something I wasn’t made aware of until college—a time where I started to long for more African-American literature and continued to conduct this research on my own. So at this point not only was I discovering new writing styles but writing styles that portrayed a culture that directly resonated with my own identity. The second impact African-American writers had on me was the exposure to Black life and Black culture through the eyes of Black characters or, at the very least, very real Black individuals that inspired characters in books. Given that too many times, especially when looking back at history, the stories of African-Americans in the early to mid 20th century mainstream was (and still is) strongly regulated by people with blue eyes and light skin, my relationship to writing really didn’t begin until after I was exposed to pure Black literature—because at that time that old saying ‘’write what you know’’ finally made sense to me. It just clicked. The voices. The dialogue. The imagery. The pauses and lifts in conversations. The wit. That wasn’t just literature. It was like hearing an instrument you’ve heard all your life but, for the first time ever, the sound sat closer to the soul versus the brain.

So I started writing a novel. Honestly, throughout my childhood it was always these silly Science Fiction stories I jotted down in these composition books my grandmother would buy for me. I was proud of them then and proud of them now. But why exactly Science Fiction literature appeals to me starts with my dad. From my view of it, growing up he was, too, interested in aliens and Bigfoot and etc. It wasn’t this thought that these things were real or fake but the fact that no one (apparently) has an answer. That in itself, the fact of not having a direct answer to something’s presumed existence, I also found incredibly compelling.

. . . And there’s nothing much else to add to that except that I’m not surprised Science Fiction still manages to make an appearance, here and there, across my writing today. Two projects I’m working on now, I ONLY HAVE MARMALADE, my debut poetry book, and BLUE GOES THE WIND, my first novel, are prime examples of this.

BLUE GOES THE WIND, as of today, has been an ongoing project that has taken up a year and a half of my time. While I was working on the first draft back in 2018 I stumbled upon a severe case of writer’s block. At that point I had not tried poetry, but after discovering the existence of a prominent writing community online I contemplated trying it out for the sake of creative relief. I ended up loving the craft, and as a result of this ‘’accidental discovery’’ came I ONLY HAVE MARMALADE. The book itself spans about 200 something pages so far and is filled with everything from short to long-form, full excerpts of previous novel ideas and newer ones. As time went on I continued sharing my work across social media. I also made much more personal connections with writers who, in addition to the external hobbies we shared, shared a common interest for each other’s work. My friend Jean, owner and founder of the publishing company Wide Eyes, was one of these people. Earlier this year (2019) I found myself stuck sending out thirty something query letters to agents and small pubs—all of which would either decline the manuscript or offer nothing but silence. She saw one of my posts on Instagram it was an IG story I made that described the tribulations I was currently going through and further offered to read it. As of today, I am a signed author.

Production for the book is currently postponed, but looking towards the long term I am expecting I ONLY HAVE MARMALADE to debut sometime in mid to late 2020. As for BLUE GOES THE WIND, I am still writing it and refuse to set a deadline for myself. Because it’s a Historical Drama there’s been a lot of research involved, especially in regards to the Jim Crow era (the era it takes place in) and the state of Florida.

Great, so let’s dig a little deeper into the story – has it been an easy path overall and if not, what were the challenges you’ve had to overcome?
One of the biggest struggles I’ve faced is a rather personal one. Growing up bi-racial was not something I ever thought deeply of until others, particularly those outside of our family or family circle, made me face the complexities that come along with having a mixed background. For example, my Filipino classmates said I couldn’t have been Asian because my ”grandmother’s hair was too curly” or that her skin was ”too dark.” Meanwhile, one or two of my African-American classmates, on the other hand, would cite my lighter pigmentation for being the reason I had more White friends than they did.

Another time the conversation concerned the fact that because I was only half Black I could only ”half understand” the Black struggle. Was this even true? Well, the thing many outsiders looking in have to understand first is that not every bi-racial household or story is the same. So what I say here and now comes from my own experience of having a Filipino mother and Black father.

That said, the bigger picture concerns how others may perceive my work once they discover I am Black and Filipino. Will they say I’m ”too mixed” to write about issues that impact Blacks? Black culture? ”Too young” to write about African-American history? To be honest, I don’t know. But I’d be lying if I said this isn’t a genuine concern I have, at times.

I live in Oceanside. Whether you’re light or Black or bi-racial, people don’t care what color you are as long as you don’t step on their toes and know what direction the ocean is located. In other towns, it’s like this. In other towns, it’s not like this. And for some people, the fact that I’m mixed may serve as a talking point upon analyzing my work. ‘’Did she misinterpret something? Oh, it’s because she’s mixed. Did she describe something in a way it shouldn’t have been? Oh, it’s because she’s mixed—it’s because she’s only half Black and only half understands.’’

We’d love to hear more about your work.
I am most proud of how many people I’ve impacted with my writing. Since sharing my work on social media I’ve received messages from people who’ve thanked me for exposing them to the deeper realms African-American history—facts and stories such as Black Wallstreet or the Rosewood Massacre that they simply wouldn’t have known about if it wasn’t for me. That in itself, being able to help someone better understand today’s headlines, is equally empowering.

Is there a characteristic or quality that you feel is essential to success?
Honesty. If not for honesty, the stories we have are nothing but folklore. And good does that do for society? To lie or sugarcoat the truth? It does nothing but creates delusion and division where it shouldn’t have been at all. 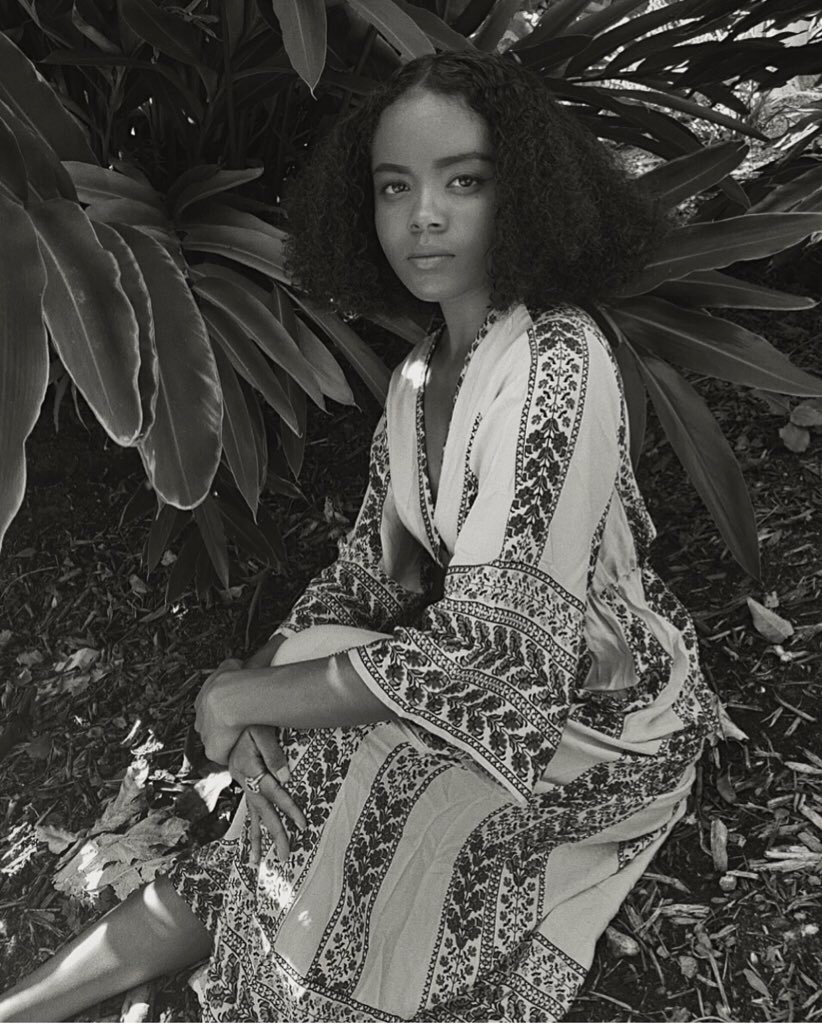 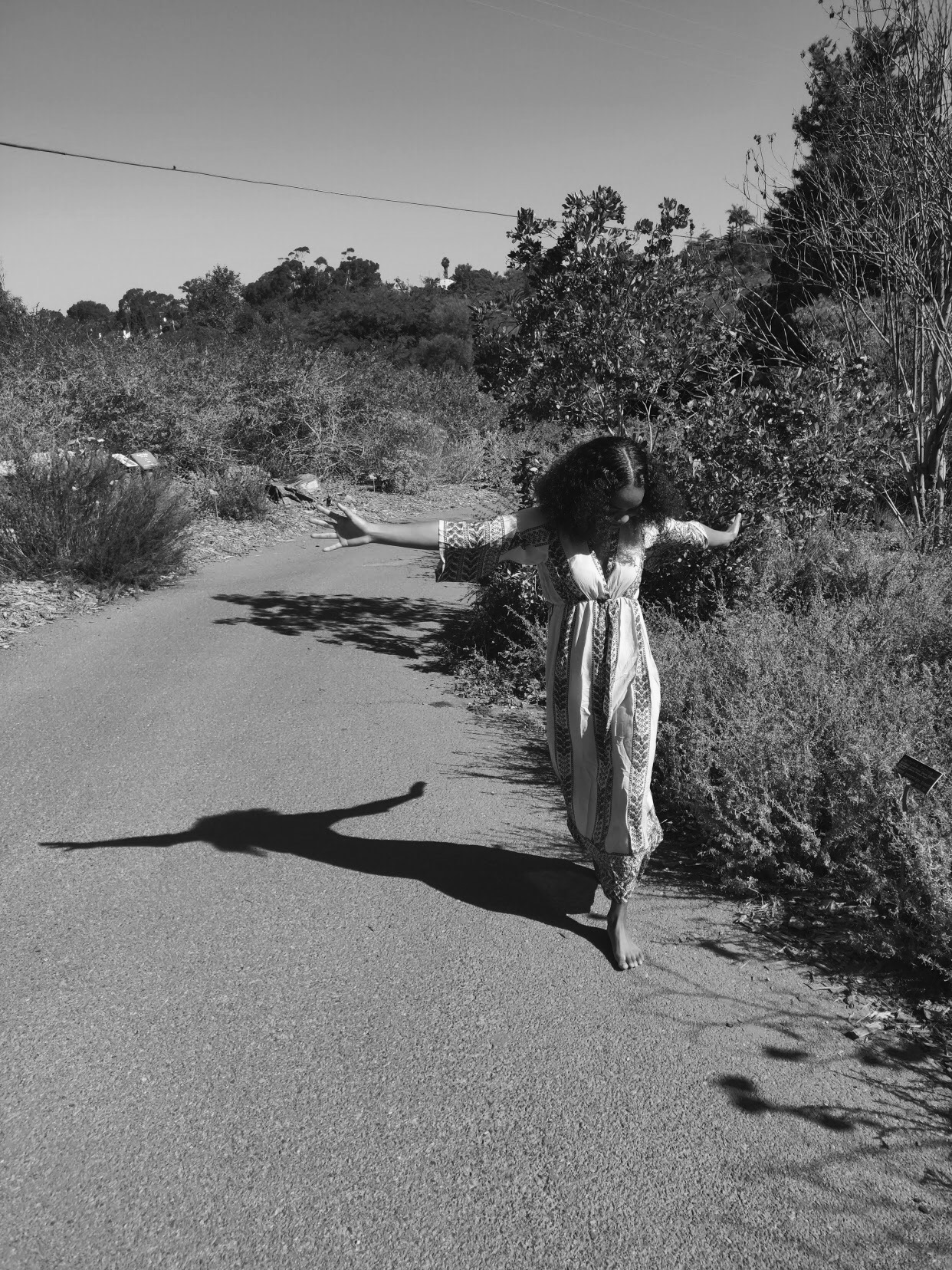 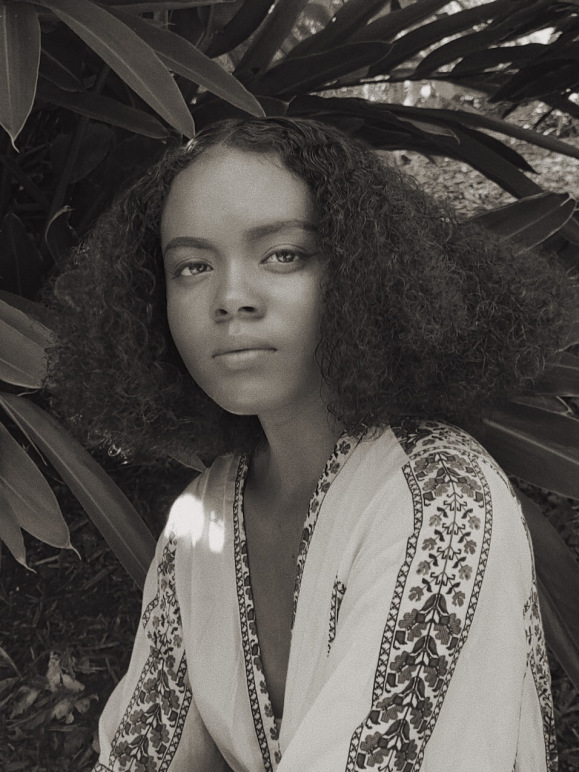