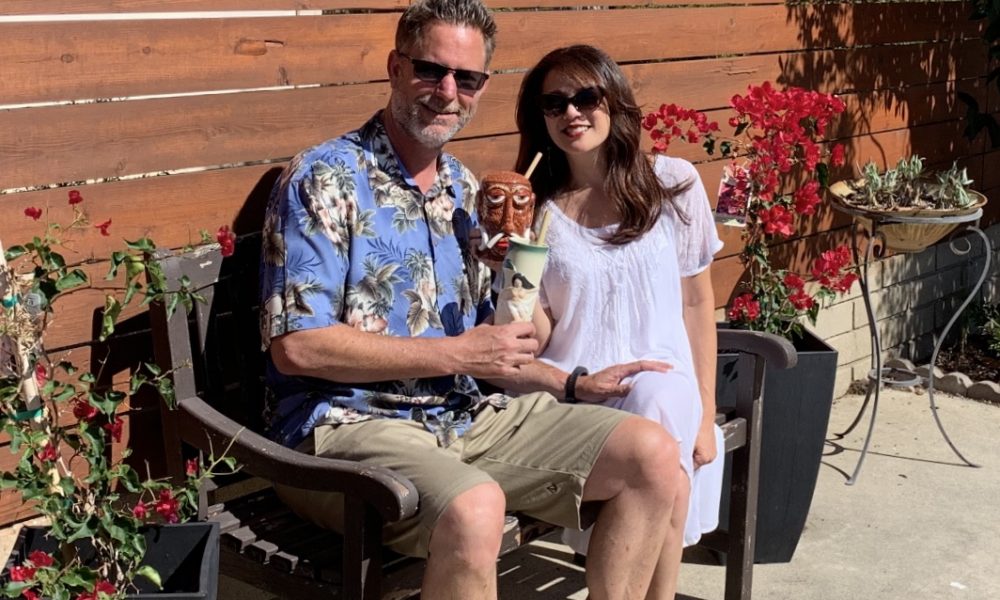 Today we’d like to introduce you to Mark and Rozlyn Eicker.

Mark and Rozlyn, can you briefly walk us through your story – how you started and how you got to where you are today.
We began fermenting hard ciders in 2009 and started playing around with cordials and aperitifs beginning in 2014. Around this time we began looking at opening our own distillery. We quickly learned the cost was out of our reach. Fast forward to June 2017, we took a tour of California Spirits Company in San Marcos and were given an opportunity to distill spirits at their facility and we jumped at it.

We launched SinShip Spirits Company in November 2018 with the idea that we wanted to produce unique and interesting rum. There is so much underappreciated rum in the world, rum that can be sipped like a fine Bourbon or Whiskey and very smooth unaged rum that is out of the ordinary. Rum has been out of favor in the spirits world for a long time but we are excited to see a number of speakeasies, Tiki Bars and rum-centric drinking establishments popping up everywhere. We hope to play a small role in the coming rum renaissance.

Overall, has it been relatively smooth? If not, what were some of the struggles along the way?
We are so fortunate because the San Diego community is very supportive and extremely loyal to San Diego businesses. We’ve seen that with the brewery scene and now we can say first hand that San Diego is massively supporting local spirits. We are so lucky to live here and be able to grow our company in San Diego. With that said, we have experienced the same sorts of struggles that most new small businesses face. Our most difficult challenge has been predicting how quickly our products will sell and making sure we don’t sell out before new product has matured.

Please tell us about SinShip Spirits Company.
We named SinShip Spirits after the ships that organized crime placed in International waters off the coast of Southern California during Prohibition. Because these ships offered illegal gambling and booze, the local media referred to them as the Sin Ships. The Sin Ship Monfalcone burned to its waterline in August of 1930 with 350 partiers on board and were luckily all rescued by water-taxis sent by the near-by Sin Ship Johanna Smith. We decided to name our smoked rum, SinShip 1930 Smoked Rum, as a tribute to the Monfalcone.

During a violent storm that hit the San Diego coast on December 31st 1936, the Sin Ship Monte Carlo broke free of its anchor and floated for days before washing up on what is today known as Shipwreck Beach in Coronado, just south of the Hotel Del. Occasionally, large winter storms will remove enough sand from the now buried ship to reveal the rusty remains.

SinShip Spirits Company is a family-owned San Diego Company that is passionate about producing rum that is unique and interesting. We have so many ideas about future rum we want to produce and are constantly tinkering with ideas. So, expect more fun and exciting rums to reach market in the coming years. Currently, we offer our SinShip Charon the Ferryman Silver Rum which we distill multiple times and is clean and smooth. You will find tropical/floral notes on the nose. We personally get banana notes upfront and earthy, spicy notes on the finish. It is smooth enough to be enjoyed neat but also makes a nice Mojito, Daquiri, and Cuba Libre. Our SinShip 1930 Smoked Rum is the 1st Peat Smoked Rum produced in the U.S. We import peat moss from Ireland and use a proprietary smoking system to impart peat smoke to the rum. It is truly unique to the rum world. There are burnt caramel notes upfront with cherry and anise in the middle and that peat, scotch finish. It is a great surprise to most who try it and has rum, bourbon and Scotch characteristics. Most enjoy sipping it neat but it makes a killer rum old fashioned and manhattan and changes the flavor profile of traditional rum cocktails. I would say our 1930 Smoked Rum sets us apart from other rum producers. Something special, distinctive and exciting.

We have made numerous mistakes as a new small business but they have all been learning mistakes that have made us wiser. When we see people enjoying our rum, we know it was all worth it. We are most proud of the fact that we are further along than we projected in our business plan. We want to thank our local distillery community for all of the support they have given us and the guidance they have provided that has limited the severity of our mistakes. We’ve met so many kind and interesting people and have made some new friends throughout this amazing journey. We love that people want to be part of the SinShip family. 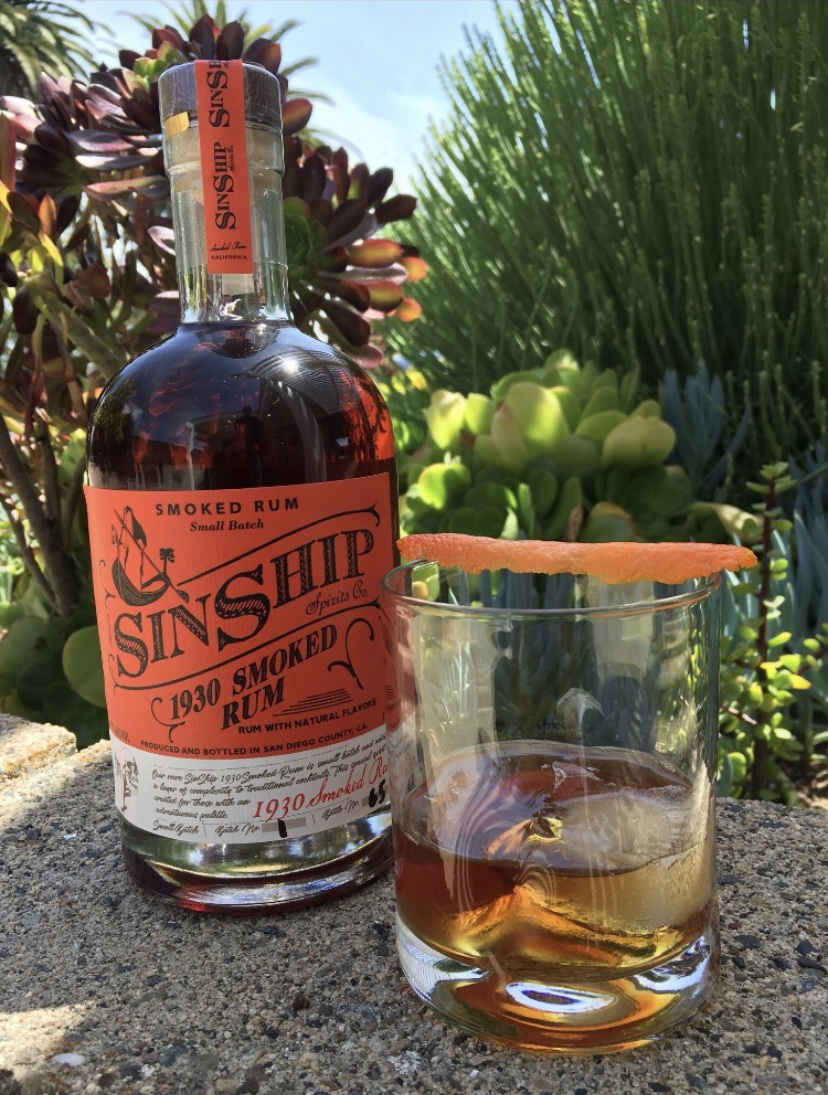 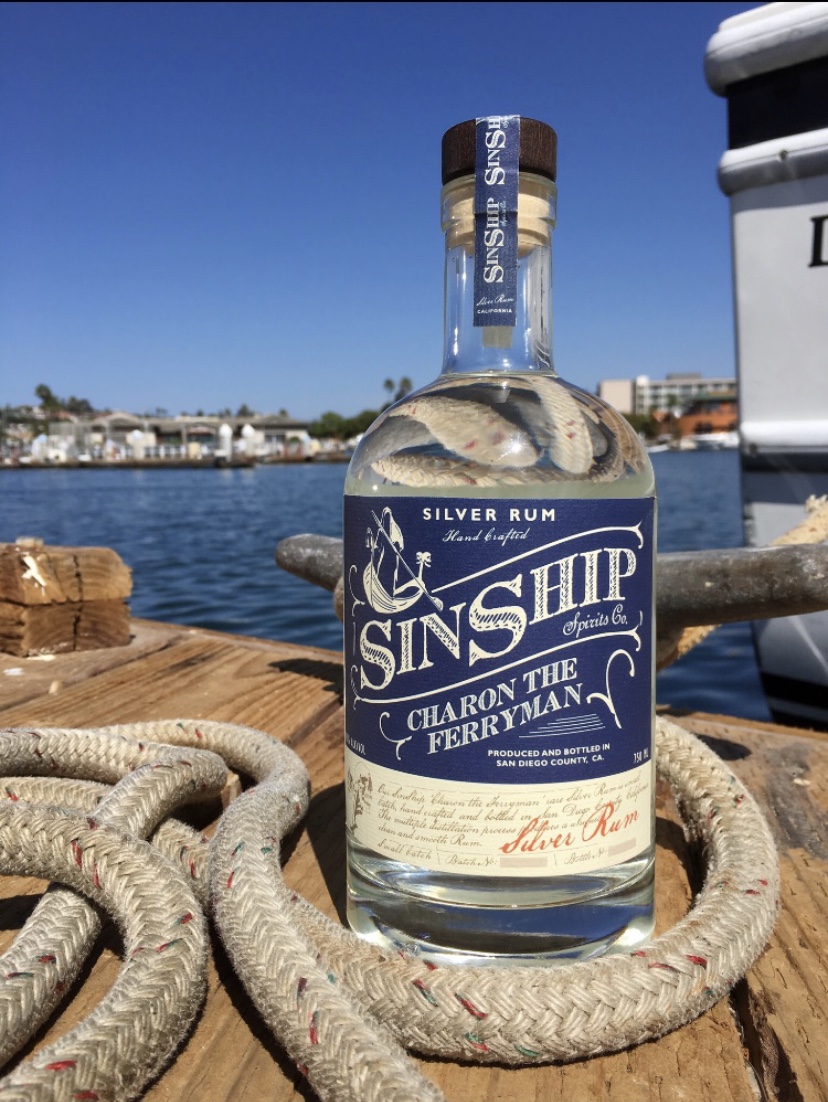 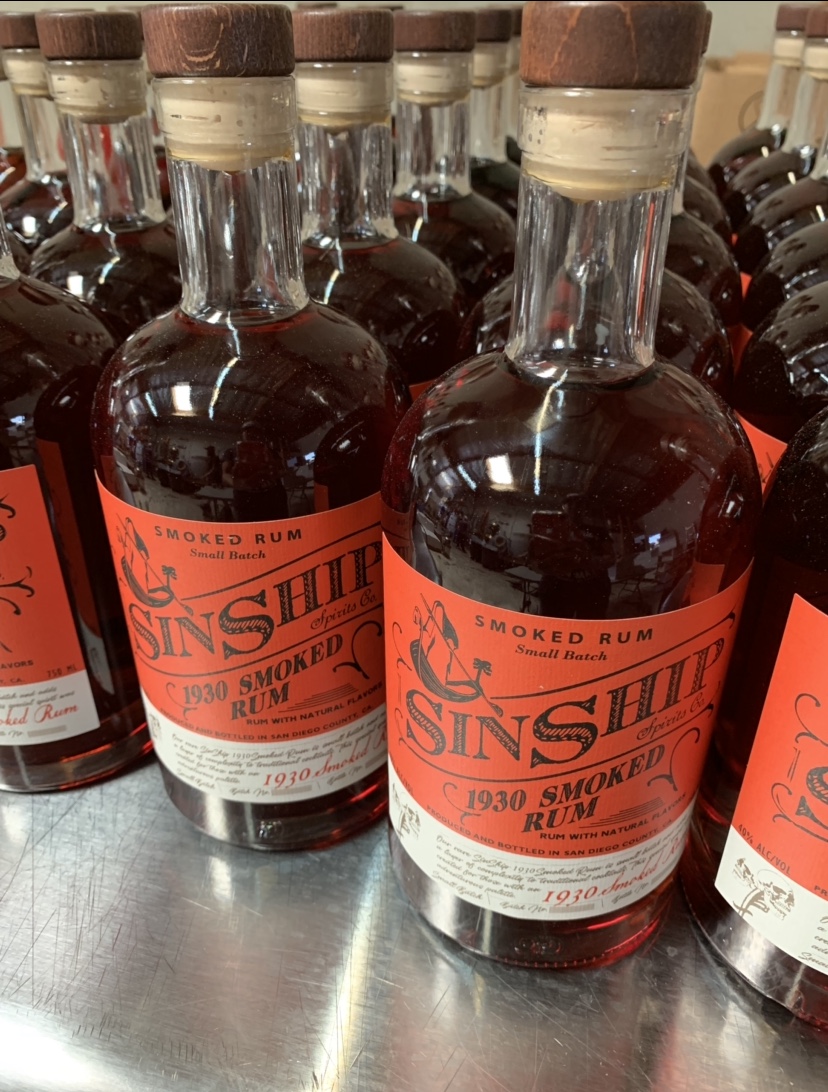 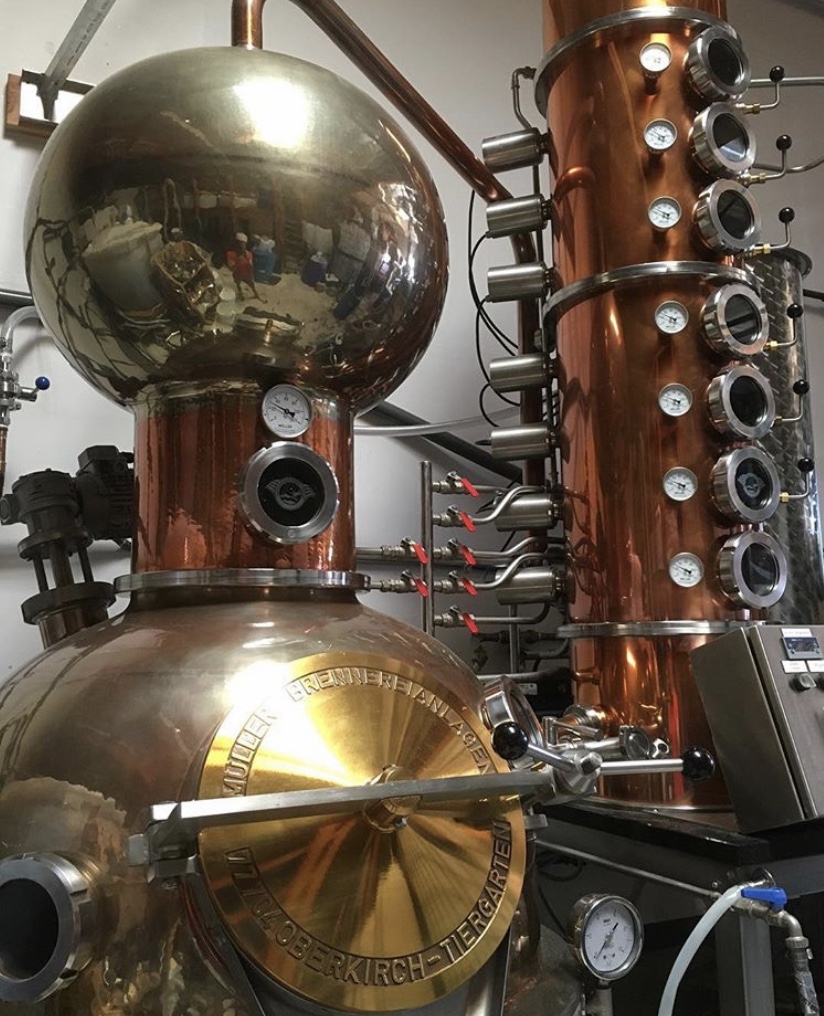