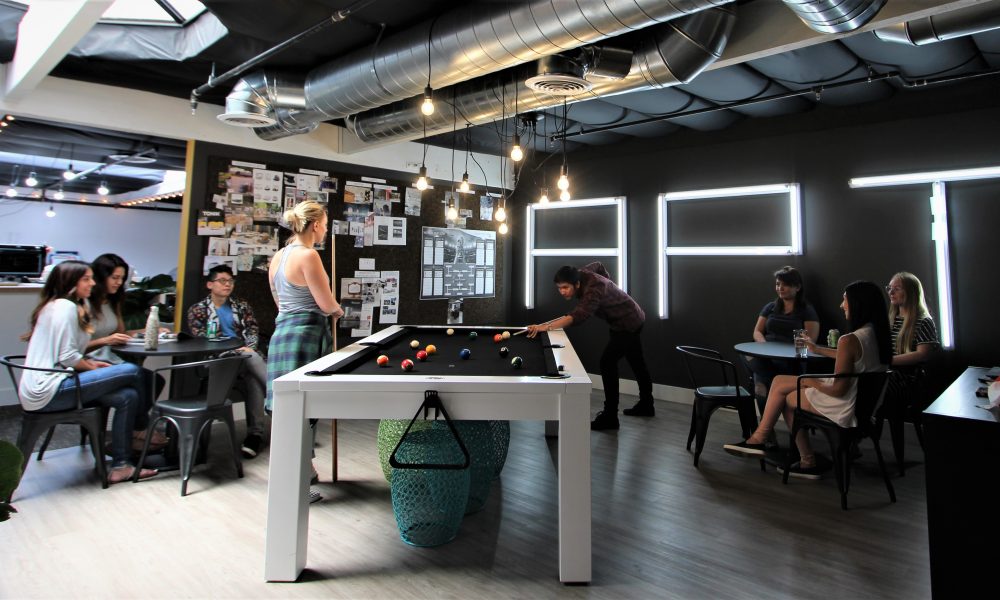 Today we’d like to introduce you to Martin Langmead.

A.P.T. Design Studio’s story sheds a positive light on the immigration debate that is raging around us. It’s owner and founder, Martin is a British Import. He paid for himself to get through college by working in a restaurant five shifts a week but after completing a degree in Interior Design at Chelsea College of Art and Design in London, he and his best friend decided to spend a year backpacking around the world, His time away from England was a life-changer in many ways.

Experiencing the many cultural differences of the countries that he visited opened his eyes to how societies truly exist and operate; what motivates individuals, families and communities; and how people can interact positively without even sharing the same languages, backgrounds and upbringings. Furthermore, Martin met a Californian woman (on the appropriately named Magnetic Island, off the Queensland Coast in Australia).

After reluctantly waving goodbye to Tammy (she had to leave Australia because her visa was expiring), he called his mother and announced to her that he had met his future wife. They had spent less than 72 hours together. When you know, you know!

Anyway, Martin and Tammy stayed in touch, initially with the occasional letter, then long phone calls (the record was a nine-hour marathon) and, within a couple of months of the calls beginning, Martin jumped on a plane to California for a long weekend…. to see if the spark was still there. It was! That was the beginning of December of that year. He came out again at the end of January, then for two weeks in February; moved to the U.S. at the end of March; got married at the beginning of May; submitted Martin’s Immigration paperwork the same day and the rest, as they say, is history. Martin and Tammy celebrated their 20th wedding anniversary this year and have a 17-year-old Daughter (Poppy) and 15-year-old son (Max).

While Love is without the foundation of Tammy and Martin’s family life, Hard Work is definitely the most important ingredient of their work life. Back in 1998, Martin answered a small job advertisement saying “In-house Designer wanted” and soon after commenced a nine-year relationship with Fairfield Residential LLC, one of the Country’s largest Multifamily Developers and Property Managers. Starting with the Redevelopment Team, he became responsible for all aspects of design on every project (nationwide) and was soon invited to do the same for all of Fairfield’s West Coast new construction apartment and condominium projects. With the help of his team, Martin managed in excess of 125 jobs at any one time but the demands of such a role meant that he was spending way too much time away from his young family.

In 2007, Martin created A.P.T. Design Studio so that he could get a better balance between work and home life. Since then, and despite a lengthy period in the “recession doldrums”, A.P.T. has expanded its client list by assisting other Multifamily Developers, Owners and Managers nationwide. To date, Martin has been involved with close to 600 multifamily projects in 21 States. They believe that no other designer in the USA can boast such a portfolio.

A.P.T. Design Studio describes itself as a one-stop-shop for anything design-related in the Apartment industry. They handle (primarily) the space-planning and design of all the amenity spaces within a typical apartment/Senior Living/Student Housing community.

This includes generating all the design drawings, selecting all the fixtures and finishes; and selecting, purchasing and installing all of the furniture. On top that they design and furnish model homes; purchase fitness equipment; select all the finishes and fixtures for the individual apartment homes; design sign packages, handle exterior color selections and placements; design (in collaboration with Landscape Architects) pool areas and other outdoor amenity spaces (including all the furnishings). They even get involved in the branding and marketing efforts.

Ironically, A.P.T. Design Studio does not do any Marketing for itself. Blessed with loyal clients and resulting referrals, the Company has been able to grow steadily and last year moved into a new office building located between Restaurant Row and the freeway in San Marcos. With an improved working environment and much needed additional space, the team is currently 14 strong with plenty of room for growth.

Within the organization, Martin is the key decision maker. He is responsible for providing design direction, reviewing work, all approvals, monitoring budgets, and for ensuring that “all the plates are kept spinning” both on the projects and at the business level. He does not want to grow the Company to a point that he can no longer manage the workload personally.

Martin is happy to be entering a new phase of his career, where is is becoming more mentor than manager so there is a clear structure within the business with two Senior Designers and a Senior architectural technician reporting to him and beyond that, there are other Designers and Architects on the team. Everyone has a recognized degree in Design or Architecture. There is a team approach to all projects and this allows for collaborative decision-making, easy transitions for staff members and the ability to share burdens on a daily basis. There is always a “Design Lead” on each job but Martin is ultimately responsible for all work leaving the A.P.T. Design Studio Office.

Martin has plans for expansion and is working on teaming up with Vendors and other Design Professionals to develop this plan with the intent of bringing it to fruition by year’s end. For more information, watch this space… or keep an eye on A.P.T.’s website (www.aptdesignstudio.com). America is a land of Immigrants. As one of those lucky enough to call America home, Martin fully believes that the American Dream is alive and kicking. For those who are currently doubting America’s status in the world, he truly believes that for all it’s faults (and there are plenty of them), America is the nearest thing to Utopia that the world has ever known. He arrived on these shores with one bag of possessions and no money in his pocket.

Martin’s advice to others wanting to live the dream is simple: “Buy the ticket for the journey and it can take you to places that you never thought possible. If you chose to jump on without permission, don’t be angry if the ticket collector kicks you off at the next station. But, no matter what, you’re better off buying the ticket before departure!”

Great, so let’s dig a little deeper into the story – has it been an easy path overall and if not, what were the challenges you’ve had to overcome?
Owning a business always presents issues and challenges. Martin read about 20 books on starting a business before launching A.P.T. Design Studio. That helped tremendously.

Having the support of your family is critical. Not burning bridges is essential. Knowing when to hire your first staff member; dealing with 3 members of staff leaving at the same time; dealing with legal issues; payroll; accounting and invoicing; the list goes on. It’s not glamorous, especially at the beginning. But working 12-16 hours a day and having a “can-do” attitude is key to success. Not being greedy.

Looking after your staff before yourself. Creating systems and guidelines for them to learn and follow. Striving to always be better than yesterday. These all add up to increase your chances of success. As one of the books advised: Being good at something doesn’t make you a good business person. You have to be a good manager (or people and processes) and an entrepreneur always looking to find ways to grow.

What moment in your career do you look back most fondly on?
When I opened the door of my first office, I felt that I had finally “made it”. When I had to close that office down when the recession hit in 2008, I thought the world had come to an end.

Afterwards, I realized that my career and business were not about a building. It was about a group of hardworking people who collectively could transform or create spaces that enhanced the lives of others or, if nothing else, made them happier while they were experiencing them. We’ve won national awards but they are simply confirmation that we are heading in the right direction.

Some of my proudest moments are when I’m sitting at my desk and hear the interactions between my staff and that wonderful mix of professionalism, passion and laughter. 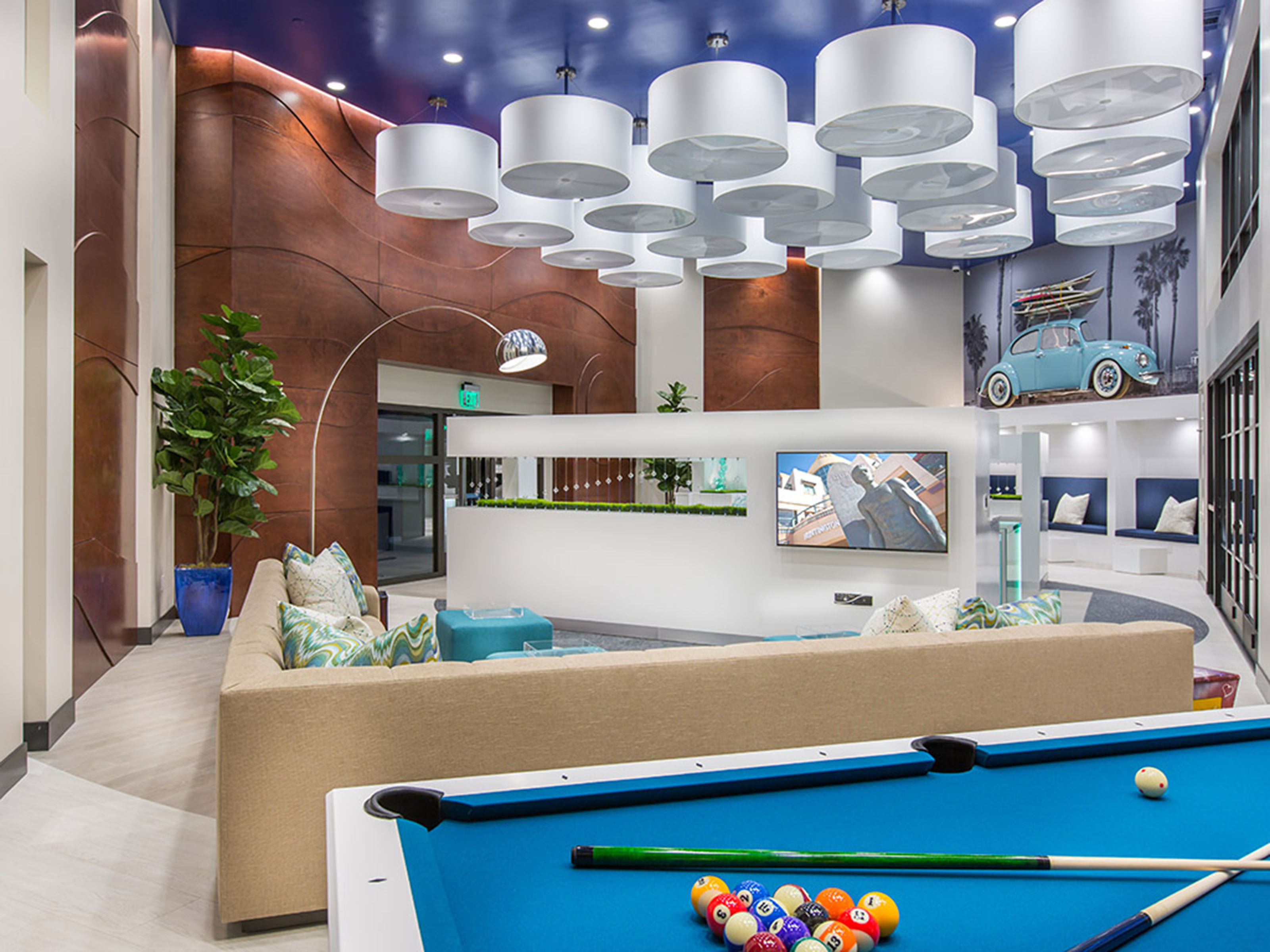 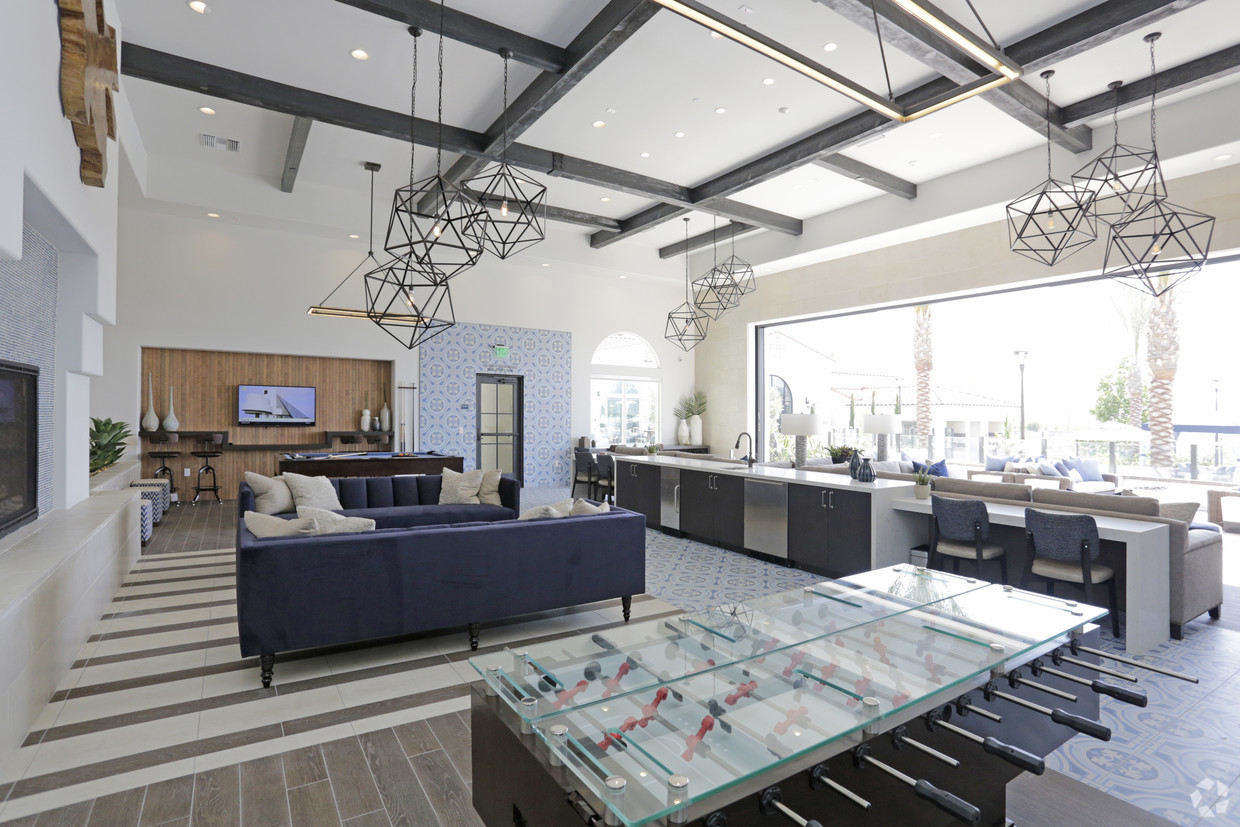 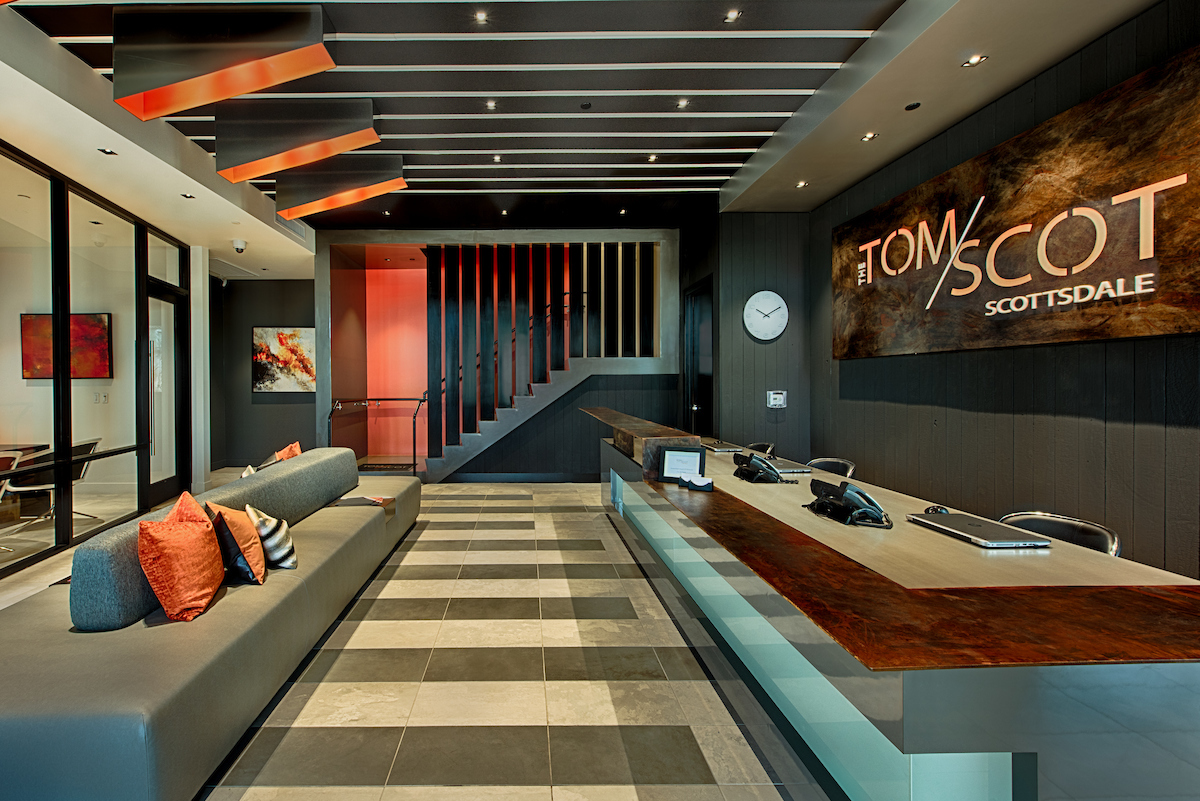 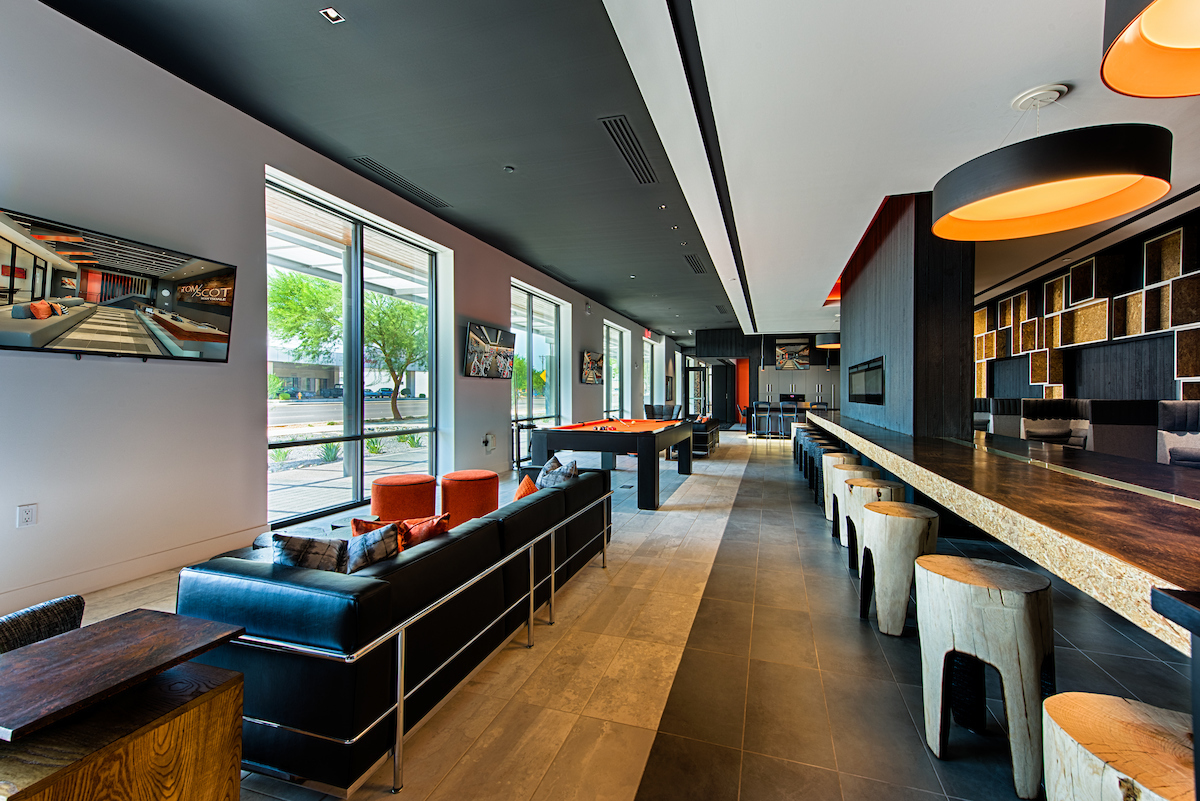 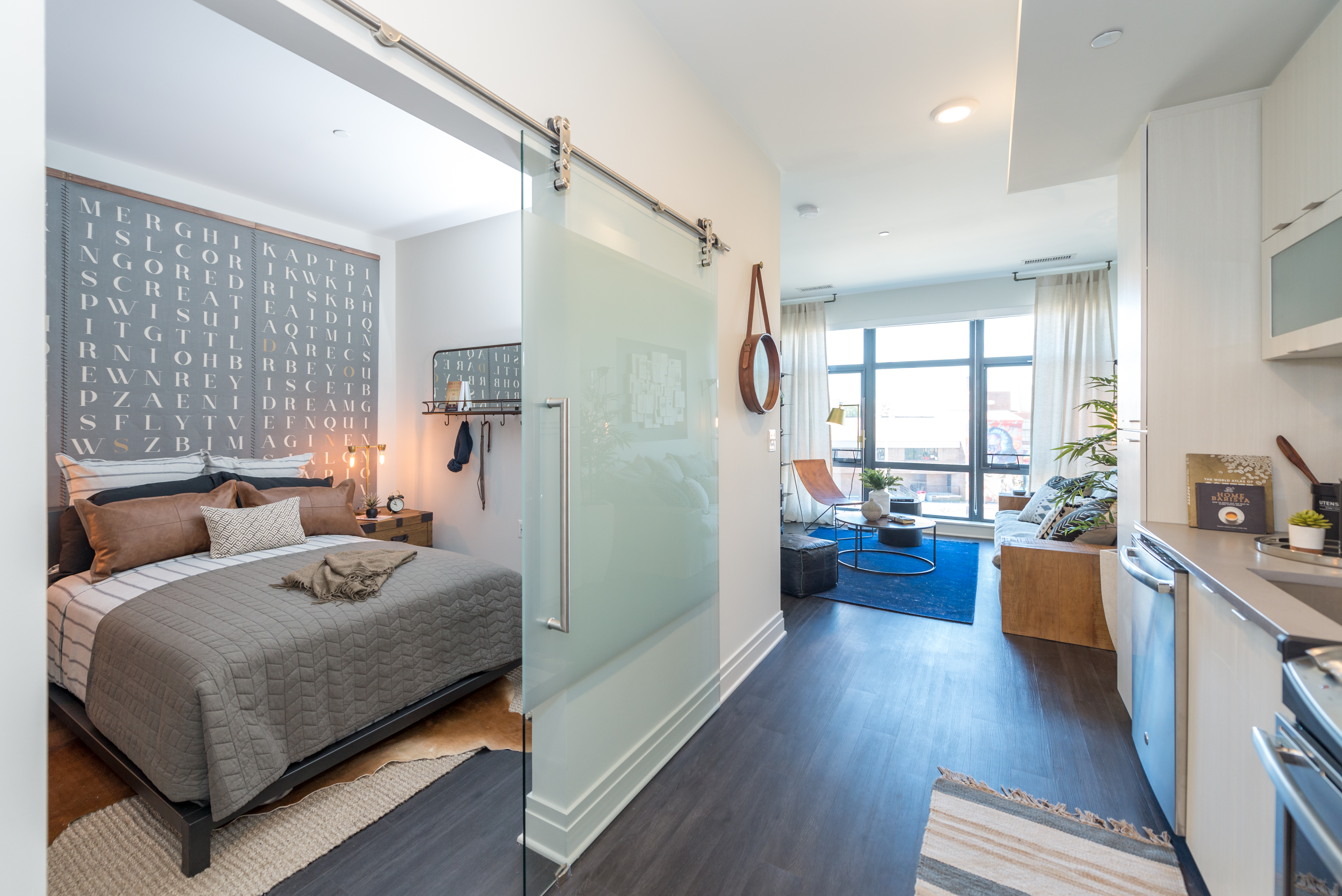 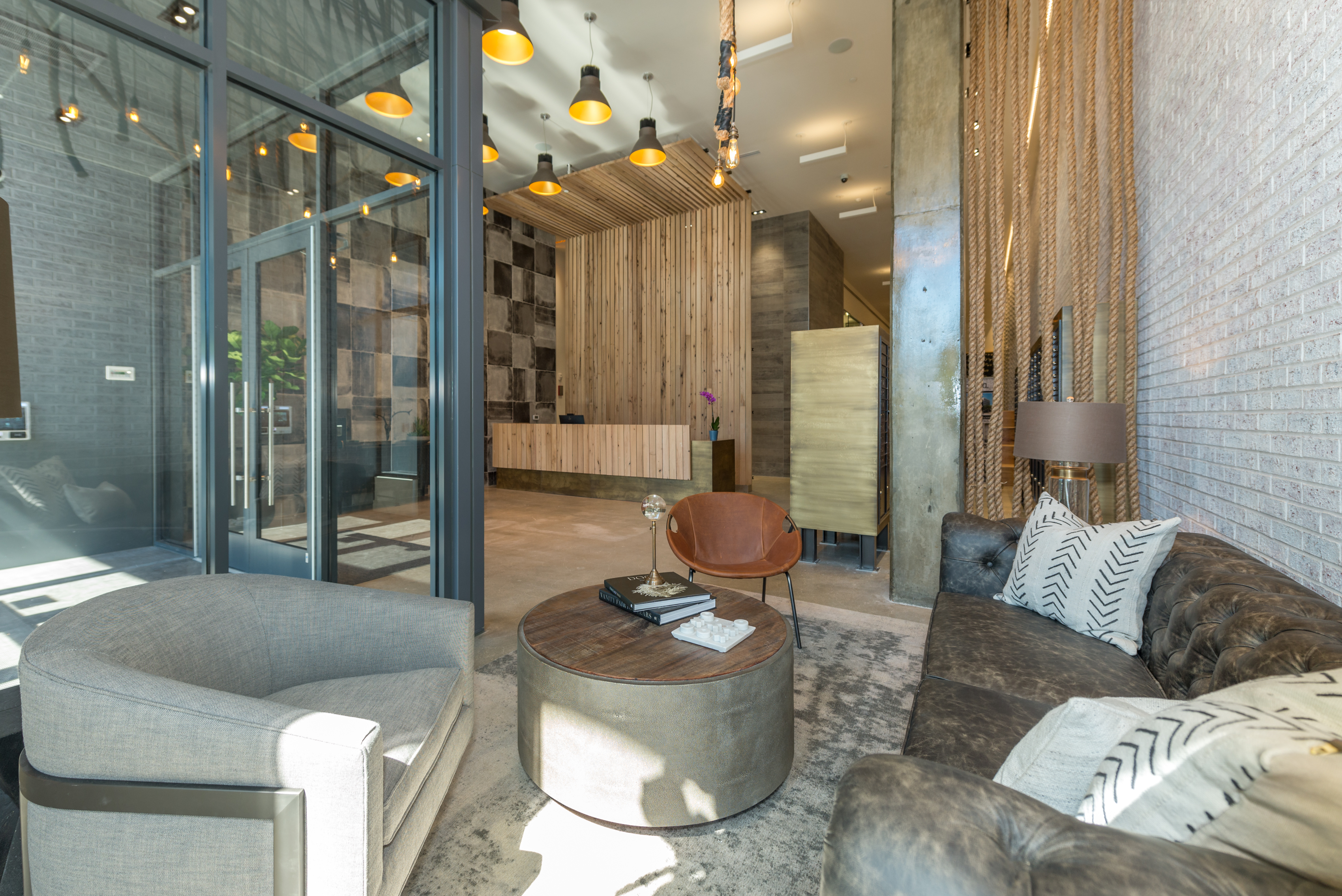