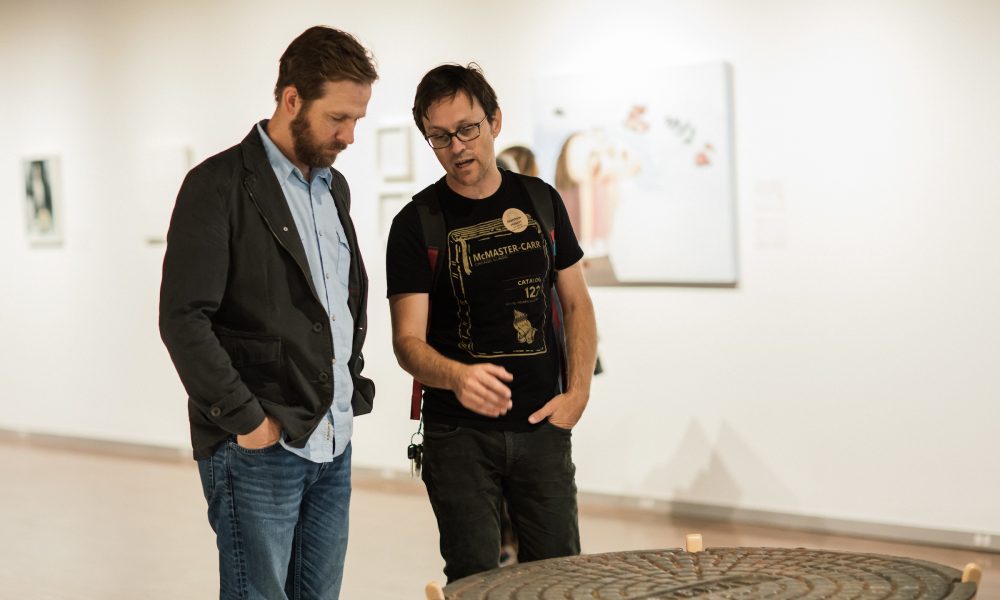 Today we’d like to introduce you to Matthew Hebert.

Matthew, please share your story with us. How did you get to where you are today?
Like many people, I can thank my parents for a lot of things. My mom is an artist who has worked in painting and ceramics my entire life. My dad is a mechanical engineer and has worked in a wide range of industries. My first art job was as a studio assistant to my mom. When I was in high school she was into tole painting (painting shapes cut out of wood). She would give me a large stack of boards with various shapes (cows, houses, children, etc.) drawn on them and I would listen to my Discman (rotation included Smashing Pumpkins, Pixies, My Bloody Valentine, etc.) while cutting them out on the scroll saw.

Fast forward to undergraduate studies at UC-Berkeley. I was studying architecture. This was thought to be my calling not in small part due to my sharing Frank Lloyd Wright’s birthday. While there, I was totally blown away by the fabrication shop in Wurster Hall. It was appointed well beyond the needs of a bunch of model making architecture students. It was there that the studio manager, Denise Rush, took me under her wing. She was larger than life figure in the shop and would scare the heck out of the average student with her classic shop teacher bravado. Once I showed interest and competence though, she became a major ally.

I began making furniture projects for my classes and independent studies under her guidance. This was a major point of infection for me. I had caught the bug of making things and realized then that a job in an office probably wasn’t right for me. Upon graduating I landed a job at an Oakland based fabricator, Moz Designs, where I worked as one of a two-person team in their woodshop. I learned so much with every job there, as they were all unique pieces designed for specific clients and contexts. At this point, I was thinking of graduate school and refocusing on furniture design and making. But, to make sure that architecture wasn’t the thing for me, I thought I better give it a shot.

By complete luck, I landed a job at David Baker + Partners. While there I went from a person with zero computer modeling skills to their in-house 3d modeler. This was an incredible experience that serves me well to this day.

While I worked there, I returned to graduate school to study at California College of the Arts and Crafts (CCAC) now California College of the Arts (CCA) in San Francisco. I worked with Donald Fortescue as my main advisor. He was an incredible influence on my thinking. By the end of my studies at CCAC (2001) I was making interactive furniture objects that created different types of social atmospheres around them.

Shortly after graduate school I met my wife and moved to Chicago to be with her while she pursued a Ph.D. in anthropology at the University of Chicago. While there I made inroads into teaching. I began teaching at School of the Art Institute of Chicago (SAIC) and UW-Madison in 2004. My computer design skills developed at David Baker’s came back into play where I integrated digital fabrication into my furniture design and making courses at SAIC. This integration of traditional and digital techniques that helped my current position at SDSU.

I have been a faculty member at SDSU for the past 11 years and have built up my art practice with the support of the University. This freedom has allowed me to create a good amount of speculative work. Through my work, I have been exploring what functional objects mean to people and how they influence peoples inhabitation of space. I have also worked around issues of technology and it’s the impact of our experience of the built and unbuilt environment. My current work is interested in using technological means of form generation and fabrication to bring the built environment into the domestic interior space.

Overall, has it been relatively smooth? If not, what were some of the struggles along the way?
I have been pretty fortunate in my professional life and my art practice. However, I have had struggles on and off with my health that have made things challenging with me since I was 25. In the middle of graduate school I became very ill and after a protracted period of uncertainty was diagnosed with Crohn’s Disease.

Out of sheer stubbornness, I chose to complete my MFA on time. In retrospect, this was probably not the best move for me to make. But, I felt compelled to keep moving forward. Five years later, I ended up hospitalized again for my second surgery related to the disease. I have had better luck managing it since then. But, it is quite challenging to be an artist, educator, and parent of two young children with a chronic illness.

More abstractly, it was challenging to make the transition from architecture to art in some sense, as after grad school I ended up working as a custom furniture fabricator in Oakland/Berkeley. I had really wanted to make a move into more sculptural modes of making, but the need to pay the rent and pay down student debt pushed me towards more pragmatic ends. It wasn’t until I uprooted myself and moved to Chicago that I really started to make a move in that direction. First, I was able to take some of the financial uncertainty out to the equation through teaching part-time.

This allowed me to get the position that I have now, that allows me to spend more time and money on the art that I always wanted to make. Now a major challenge is simply juggling all the roles that I have to play. Father, educator, and artist.

Alright – so let’s talk business. Tell us about Eleet Warez – what should we know?
I am going to paste recent artist statement here:
My current research concerns interaction, digital design and fabrication, and the constantly shifting relationship between art and craft. Rooted in my early education and professional experiences as an architectural designer, my creative practice is now primarily concerned with technology and its effects on our relationships with objects, spaces, and landscapes.

I explore these interests by crafting physical objects imbued with autonomy and content (both narrative and generative), made possible through the use of traditional and digital fabrication, custom electromechanical assemblies, and programmable micro-controllers. Although my work is technologically complex, I prioritize using the technology as the means to achieve my expressive ends. Ultimately, I am interested in communicating and generating content via interactions between a user (not a passive viewer), objects, and the environment.

Two examples of my recent work embody these interests. Signal Table is a recent exploration of the use of 3D photogrammetry (the creation of 3D meshes from stereoscopic analysis of photos) in the pursuit of a functional domestic object. I enjoy the turning of these high-tech means towards mundane objects such as the lowly manhole cover used in Signal Table. The technology allows for an amazing lifelike rendition of the source, which pulls the user in. Meanwhile, the idiosyncrasies of the design create just enough discomfort for them to start to question the object.

When the underside is examined, a wrinkle is revealed. The table top is a slab of maple butcher block with steel applied as a surface treatment. This sort of layered experience is what I strive for with all my work, though I go about it in very different ways. For example, Opaque Displays, an ongoing series of sculptural works, where each piece features the same minimalist reinterpretation of a museum vitrine. Through further inspection, one finds the lit peephole and discovers that each of these seemingly identical towers houses a unique hobbyist-style recreation of a famous macho work of post-minimalist art– such as Robert Smithson’s Spiral Jetty.

My interest with these pieces is to explore the changing relationship of the artist to the established art institutions, the tension between professionalism and amateurism, the fluidity of form and concept, and the rocky relationship of craft and “Fine Art”.

Any shoutouts? Who else deserves credit in this story – who has played a meaningful role?
As for the people who have helped me along the way:
-Denise Rush at UC-Berkeley College of the Environmental design was a major influence in my undergrad.
-Richard Shaw ran the ceramics program at UC-Berkley and was a huge influence on me back in my undergraduate days.
-David Baker took a huge risk and hired me to work at his architectural firm in San Francisco. I thank him greatly for that!
-Donald Fortescue was my graduate advisor and is a great friend and sometime collaborator.
-Helen Maria Nugent hired me to teach at SAIC in Chicago. She created the Design Object program there and is a really awesome designer/educator. She is now the Dean of Design at CCA.

-Tom Loeser runs the wood/furniture program at UW Madison. He hired me to teach for two years while he took on administrative duties at the University. He is an amazing artist and I am fortunate enough to have helped bring his show to the SDSU downtown gallery (opening in August).

-Wendy Maruyama, she hired me to teach alongside her at SDSU. She made this program the powerhouse that it is, and I am honored to have taken over the helm upon her retirement in 2014.

-Lucia Sanroman was a curator at MCASD and put me in the Here Not There show way back when. This was a big -help to my art practice.

I also want to thank Gabie Strong and Jared Stanley for being collaborators in our artist collective called Unmanned Minerals. 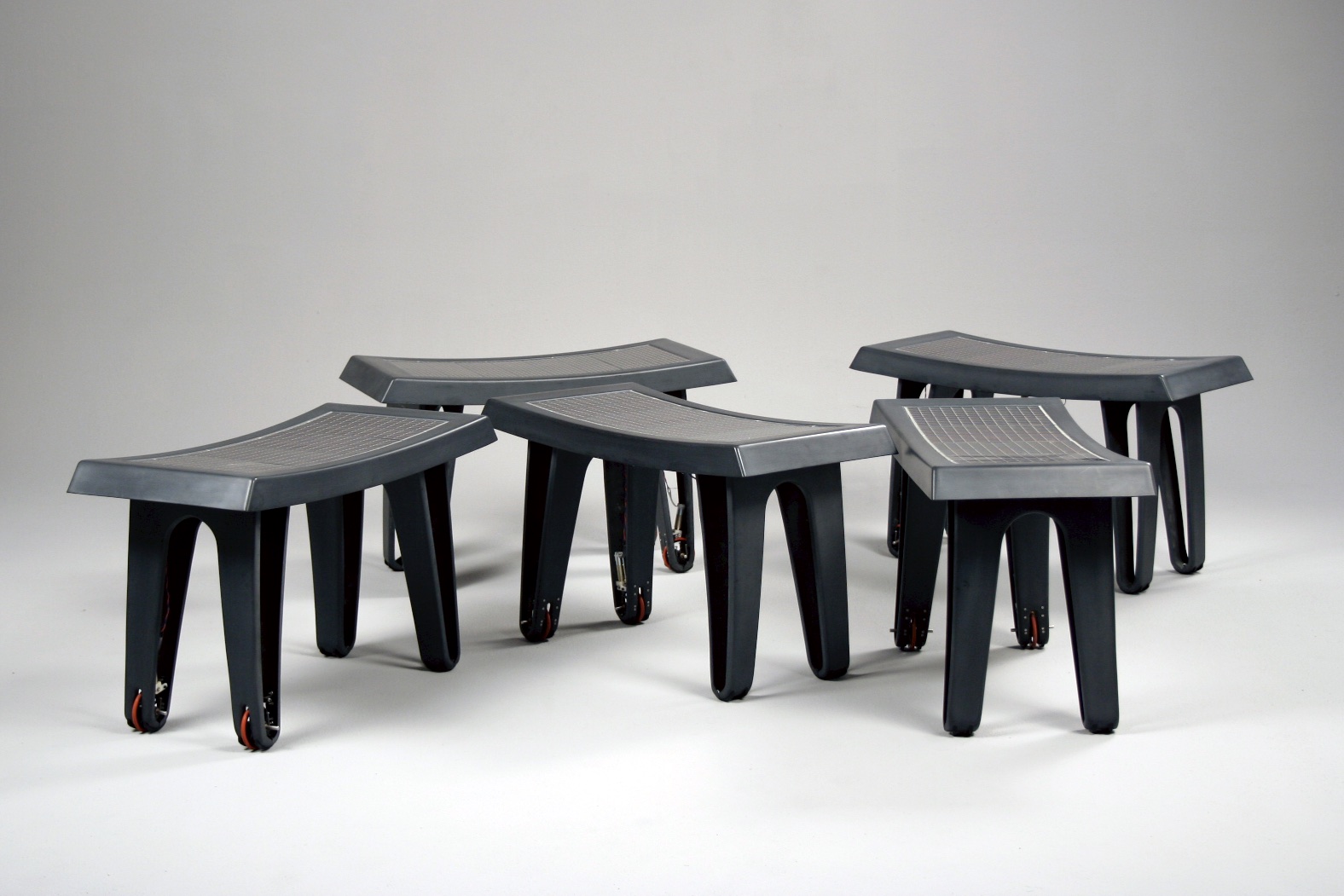 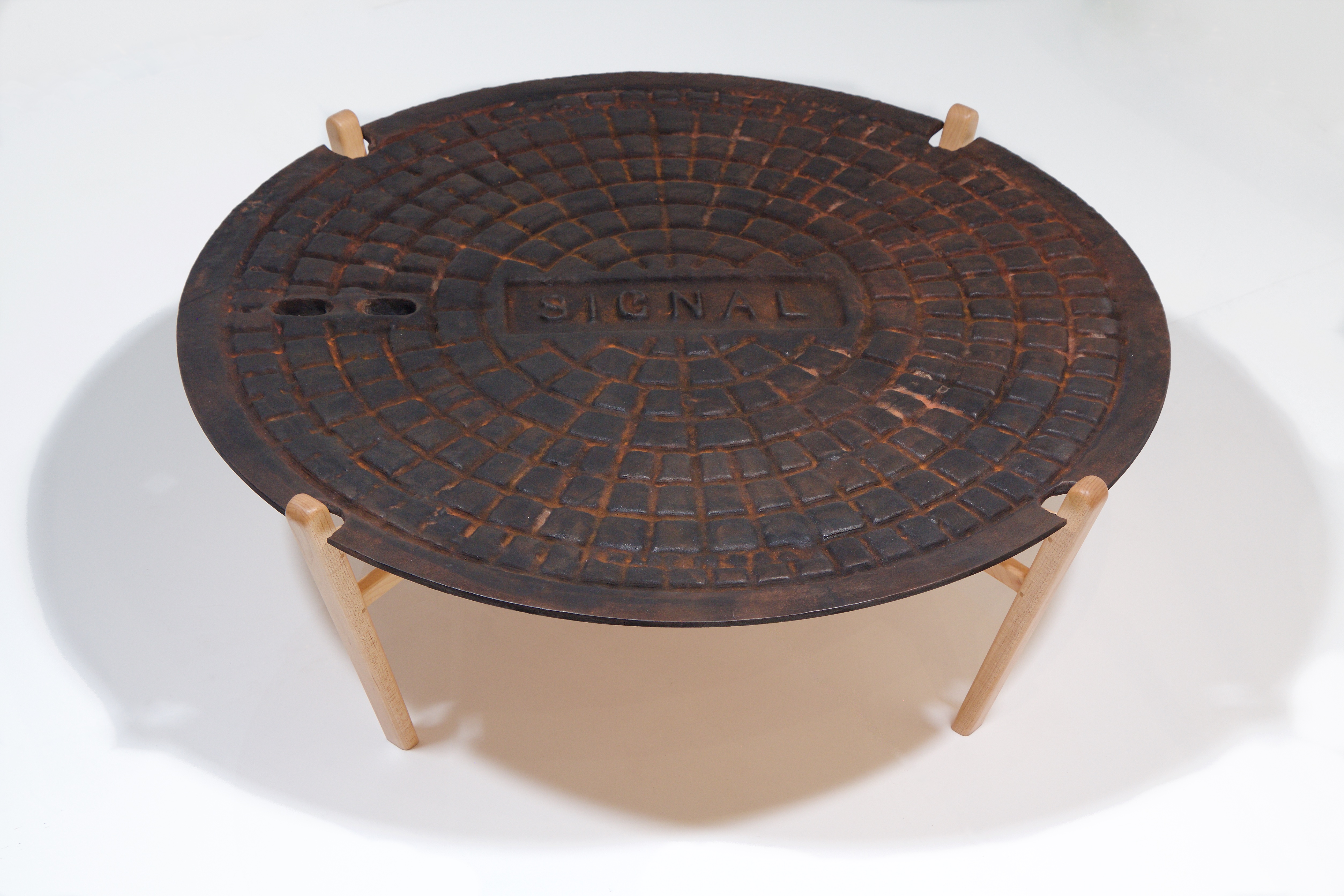 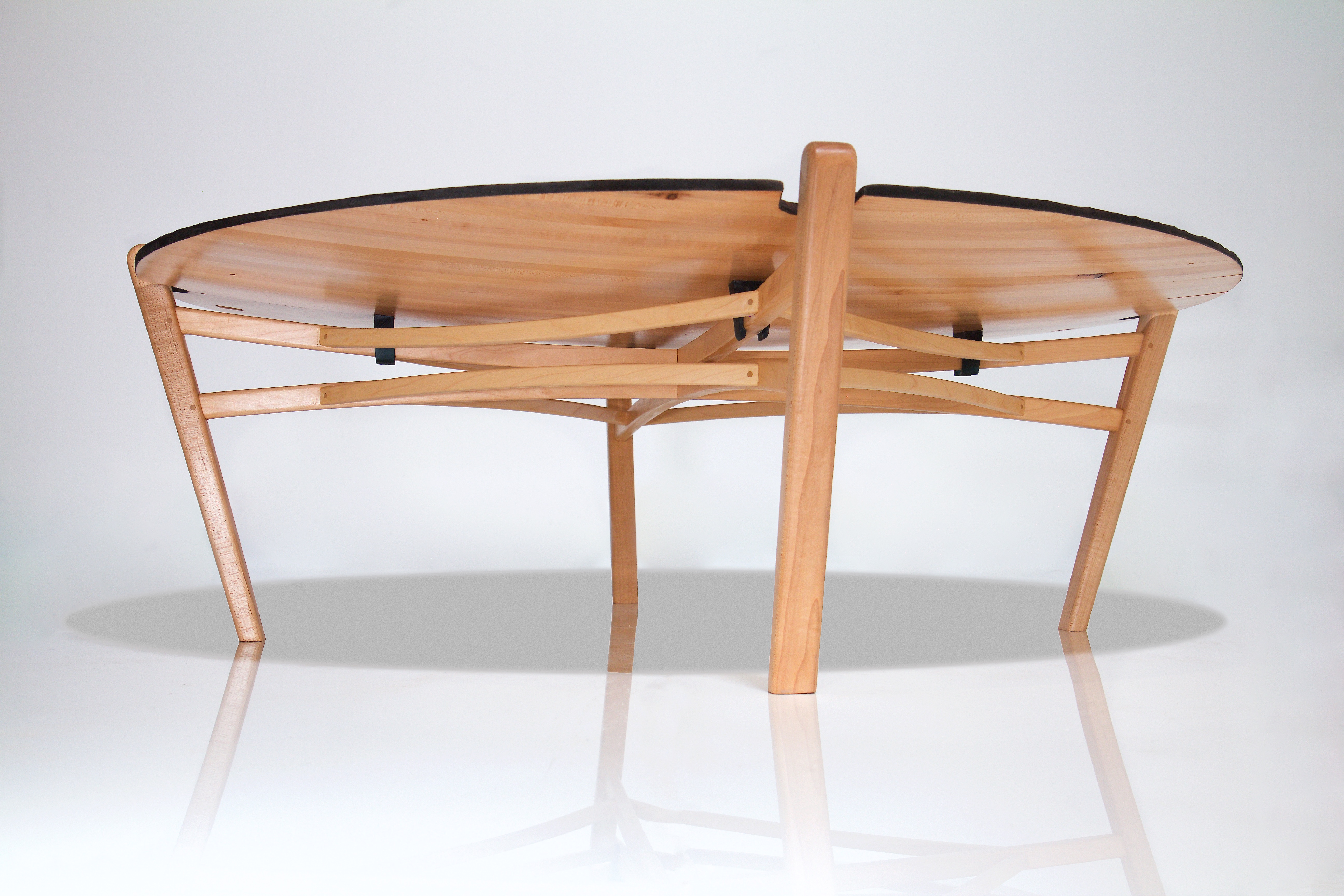 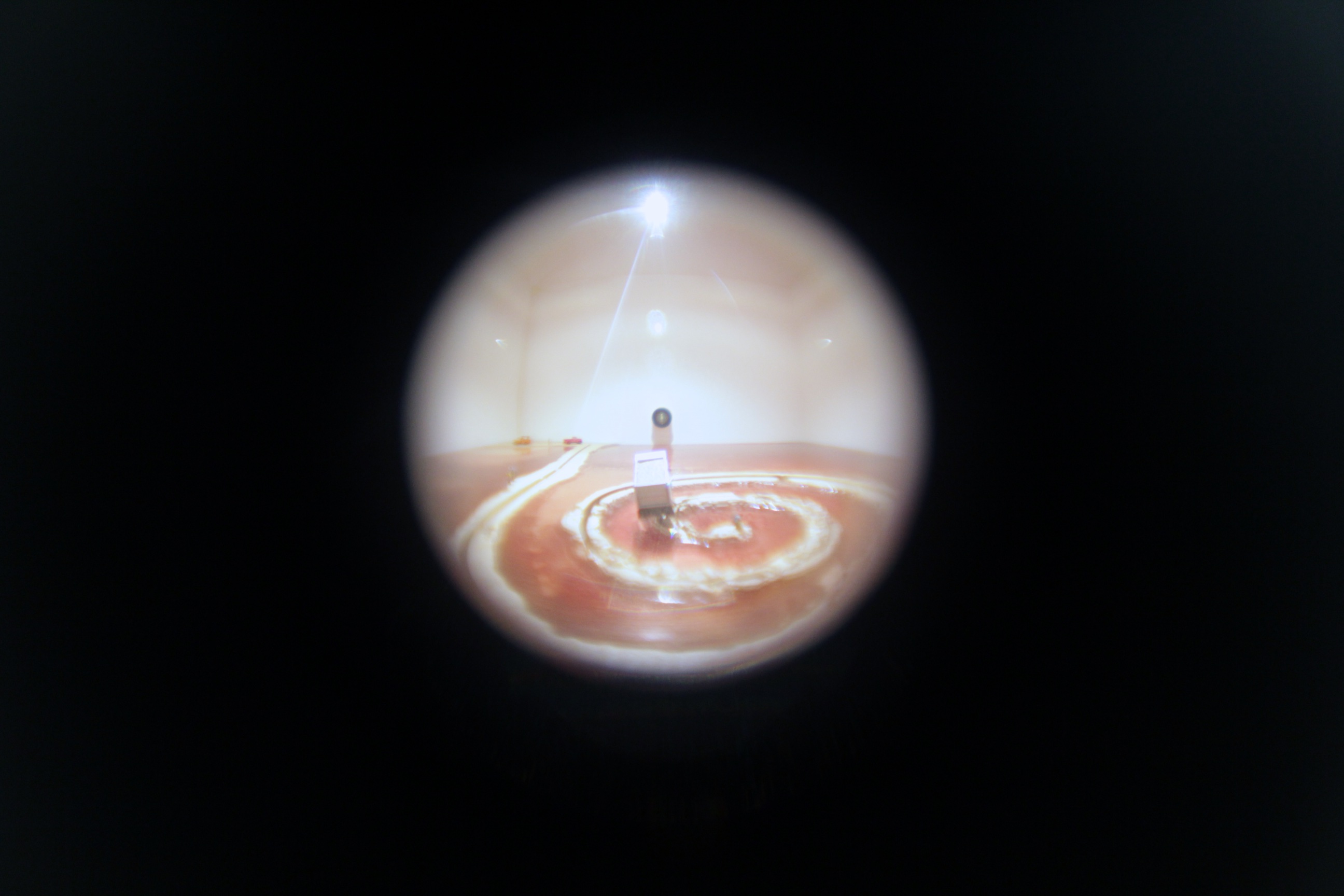 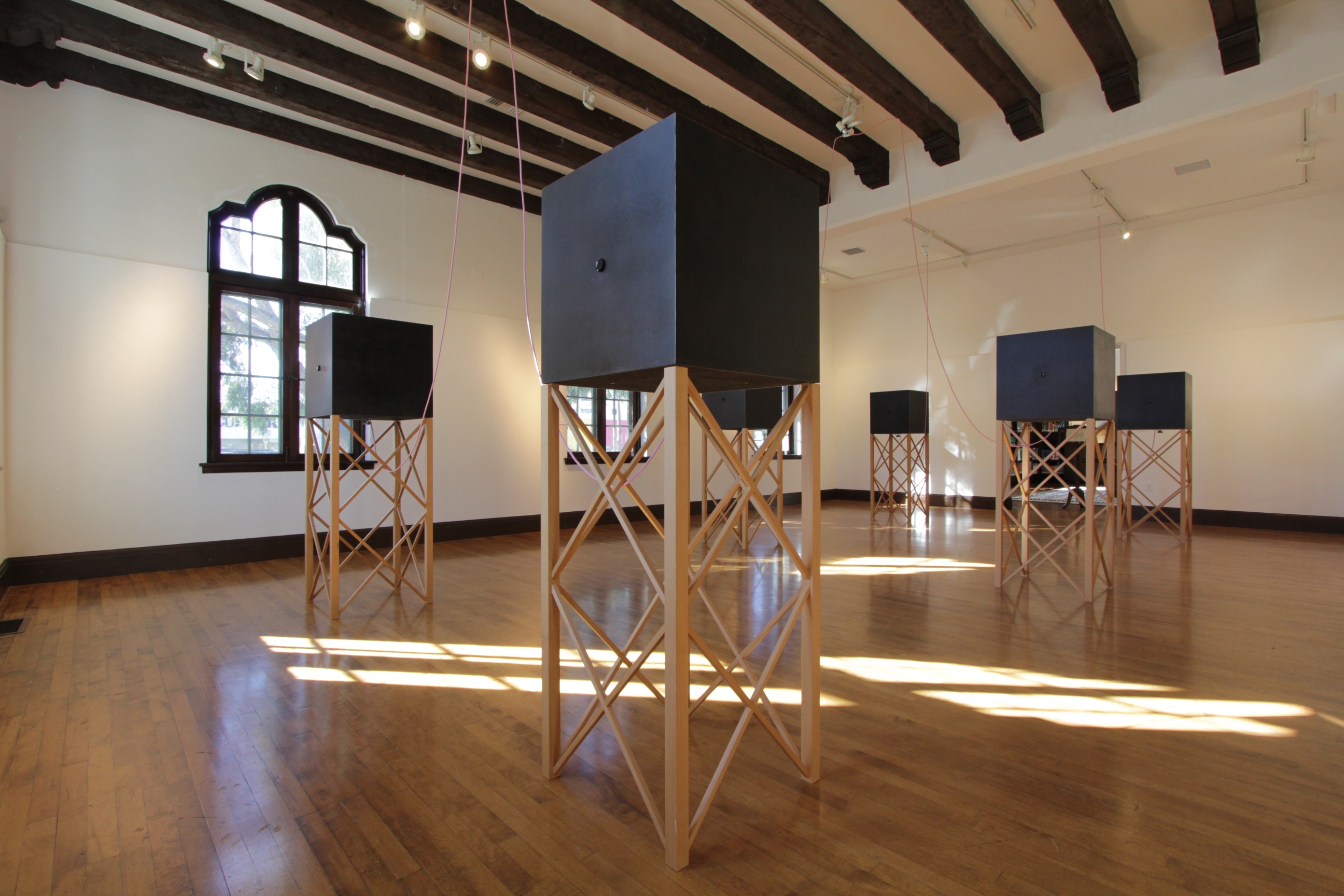 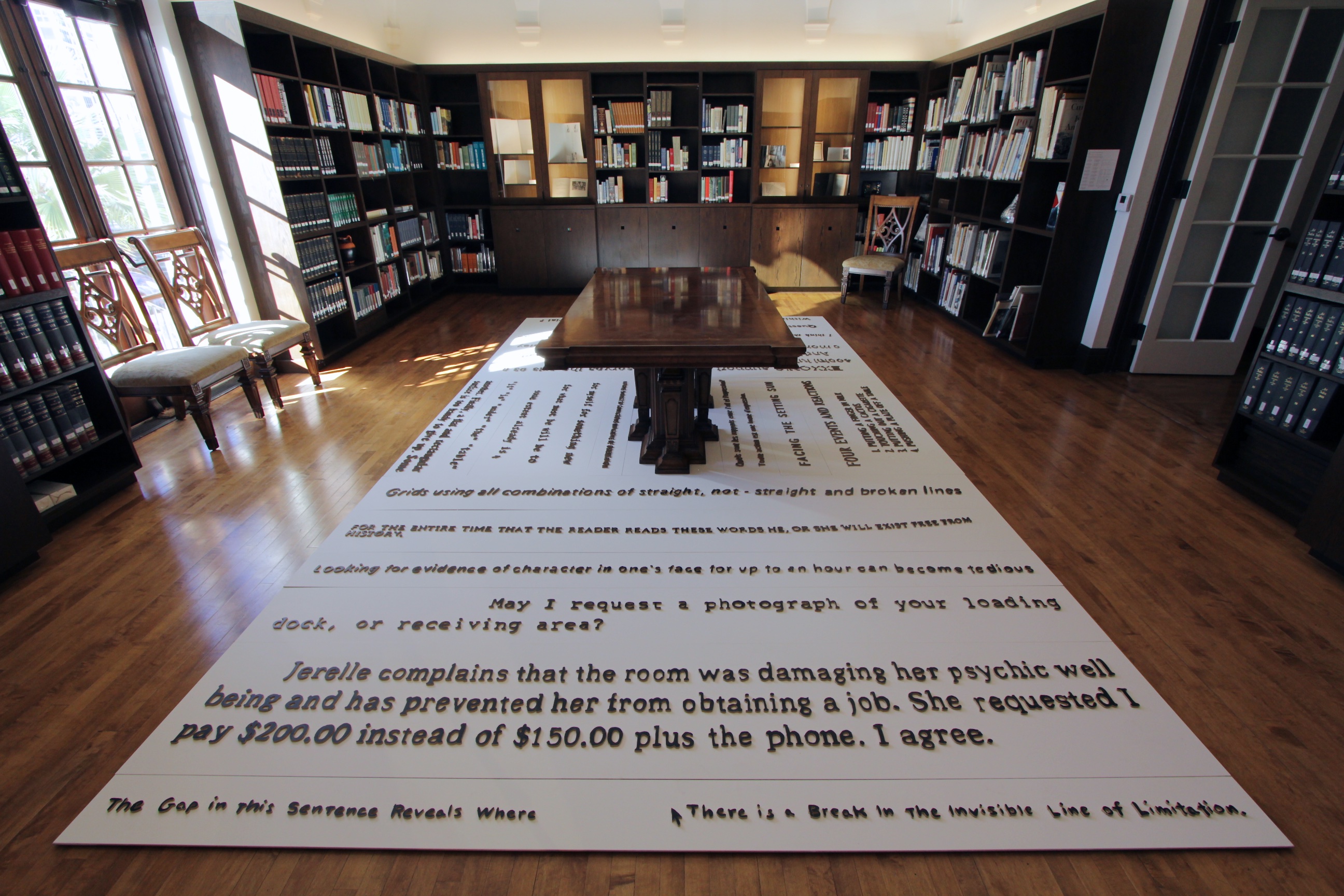 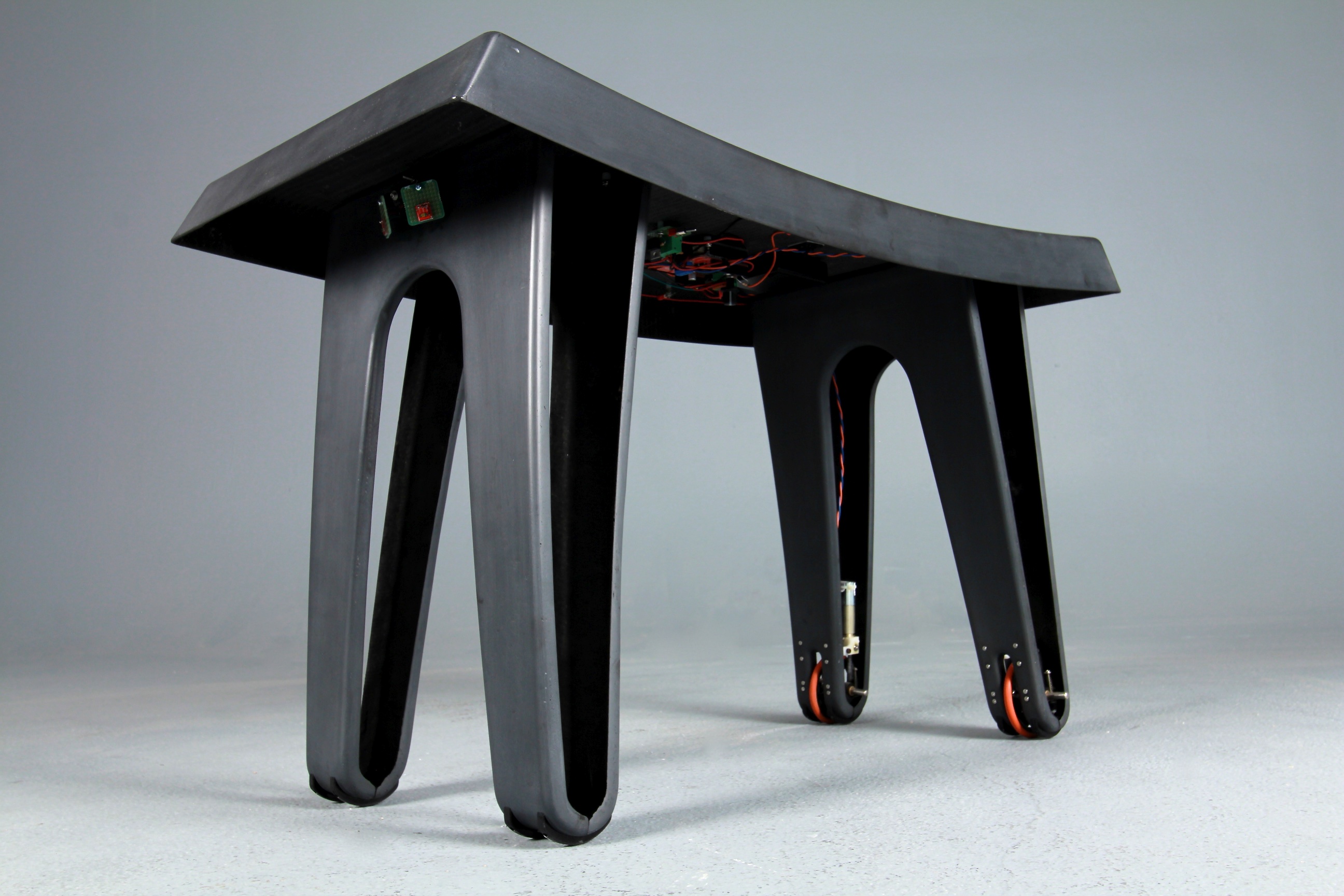