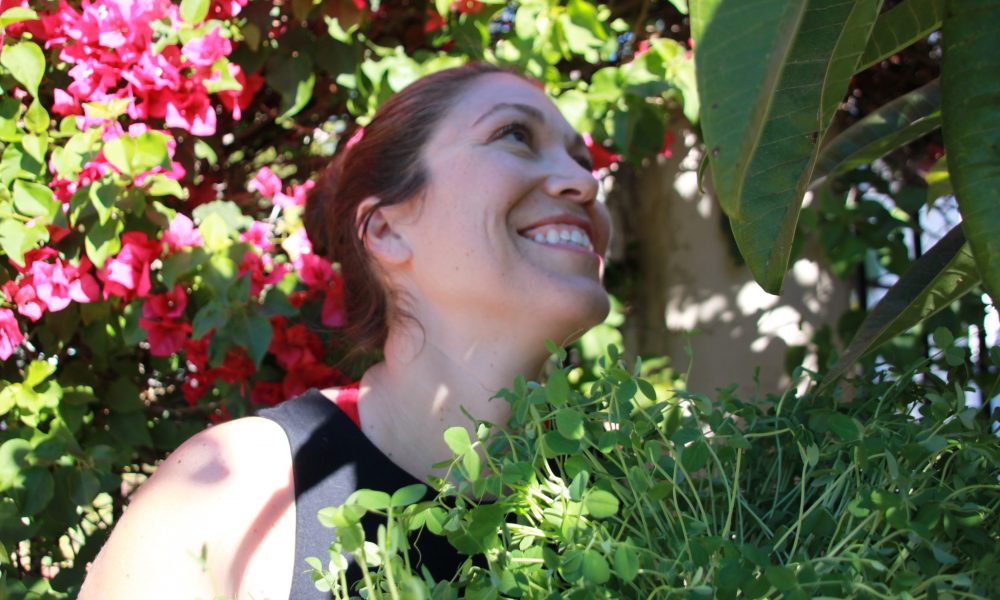 Today we’d like to introduce you to Melissa Canales.

Melissa, let’s start with your story. We’d love to hear how you got started and how the journey has been so far.
Quantum Microgreens was started by my husband and me in early 2017. I had been practicing law with a non-profit legal services organization, Learning Rights Law Center. I’d started with the non-profit, while I was still in law school at Loyola Law in Los Angeles. After a few years practicing, I left to work for a Native American Tribe in Northern California, and then circled back around to do work again for Learning Rights. I primarily practiced special education law, representing students with disabilities and their parents.

Though, I was very passionate about helping special needs students with their legal struggles, I’d realized that it was time for a change. My husband, ever so supportive, pushed me to think about what I really wanted to do. Actually, what I wanted to do made no sense– I wanted to spend time working with my hands in nature. Particularly, growing food. But, moving to the country and starting a farm just did not make sense for us. Not only that, but I didn’t picture myself kneeling through rows of crops.

I’d always been interested in science– I have an undergraduate degree in Astrophysics from UC Berkeley. (Don’t ask me to calculate any equations, I think law school pushed all that knowledge out of my brain!). I loved observing nature, practicing trial and error in my home garden, and experimenting with different plants.

I’d become interested in microgreens because of the variety of flavors, and the ability to grow a lot of food in a small space. Not to mention the fast turnaround times for growing microgreens– about a week for some varieties. I started making spreadsheets about seed to plant ratios, grow times, and how different growing mediums affected the microgreens.

I began to realized that I could, in a limited urban space, actually grow a good quantity of fresh local foods. From there, Quantum Microgreens became a reality.

Has it been a smooth road?
Wow, there are struggles. There are a couple ways to grow microgreens. Some people grow them hydroponically, others in soil. Some grow them indoors under lights, while others grow outdoors.

From the beginning, I knew I wanted to grow in soil (well, it isn’t actually soil– more like a soil-less mix, but I’ll just call it soil because it looks like soil, and is made of natural components), and I knew I wanted to use sunlight. San Diego is known for its sun, and the climate here in City Heights is mild. If good old-fashioned sunshine has been working for the Earth’s plant-life for all this time, I figured it was the most natural way to proceed.

That being said, I grow outdoors, in rudimentary greenhouse-type structures. There is no humidity control, no cooling system, and no heating system. I get what nature doles out. So, yes, I have encountered bumps in the road, learning to grow large numbers of microgreens, in the great outdoors! Just last month, a Santa Ana brought soaring temperatures in the day, with low temps at night. Many of my greens did not make it. I had to miss my first farmer’s market. The little greens can require a lot of close attention, when the weather changes.

Also, it has been rocky learning to be a farmer and a sales person at the same time. I had zero connections in the world of San Diego farmers, and hardly any connections with professional chefs or restaurants. I’d originally planned on selling to restaurants and other professionals; but it became clear early on that chefs expected small farmer’s to be at Farmer’s Markets. It seemed like no one would take me seriously unless I also did farmer’s markets. So, I started doing farmer’s markets. Now that growing the greens is second nature to me, I am beginning to re-focus my efforts on supplying local restaurants.

So, as you know, we’re impressed with Quantum Microgreens – tell our readers more, for example what you’re most proud of as a company and what sets you apart from others.
Qunatum Microgreens primarily sells microgreens. Microgreens are young, tender plants. They tend to have intense flavors, and superior nutrition. Recent scientific studies have shown that on a whole, microgreens are denser in nutrition than their full-grown counterpart. For example, micro broccoli, ounce for ounce has more nutrition than the same amount for full grown broccoli. Some microgreens are quite delicate and must be elated within a few days. Though microgreens can be sometimes found in brick and mortar stores, to get the best flavor, and the most nutrition, you really want to eat them soon after harvest.

Quantum Microgreens sells both pre-packaged microgreens that were harvested within a day for being at market, and living trays of microgreens that the customer harvests at home. The living trays sit countertop and just need a trickle of water each day. People can see them, interact with them, and get the pleasure of eating the greens within minutes of snipping them. For those folks most interested in the health benefits of microgreens, the short time between harvest and consumption is vital. Few local microgreen growers sell their greens like we do.

We are also able to deliver to local restaurants, and are willing to do custom blends of microgreen varieties. If I can find the seeds, I’m happy to work with what chef’s want.

In the summer and spring, we also sell quail eggs. We have Italian Golden conturnix quail that love eating the left overs from harvesting microgreens.

Let’s touch on your thoughts about our city – what do you like the most and least?
I am biased- I grew up in San Diego. I love it here. Particularly, I grew up in the Pacific Beach/Mission Beach area and graduated from La Jolla High in 1997. So, even though I currently live in City Heights, the beach area is home sweet home for me. There is nothing quite like going for a run around Mission Bay.

San Diego used to have more of a small-town vibe, owning to our many small communities throughout the city. To me, that feeling is disappearing each year. That is my least favorite thing about San Diego. 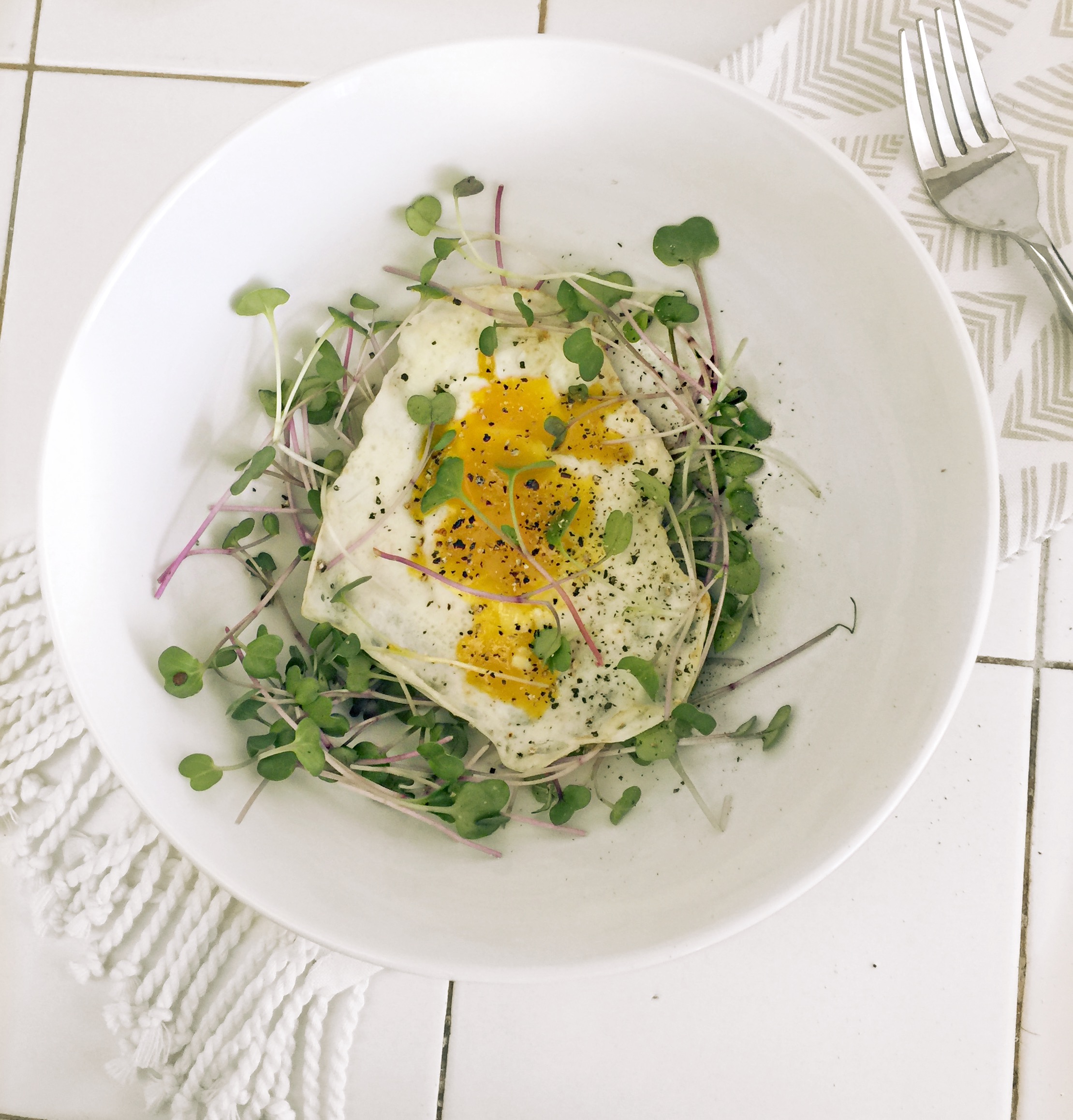 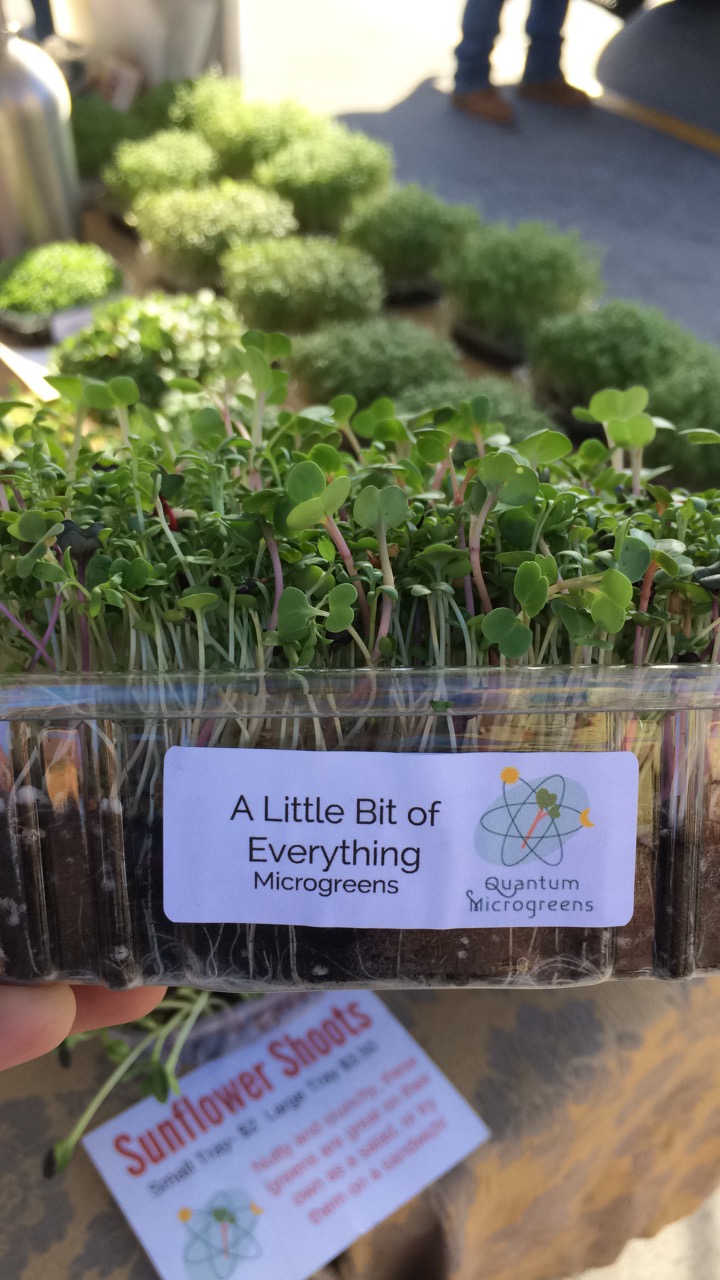 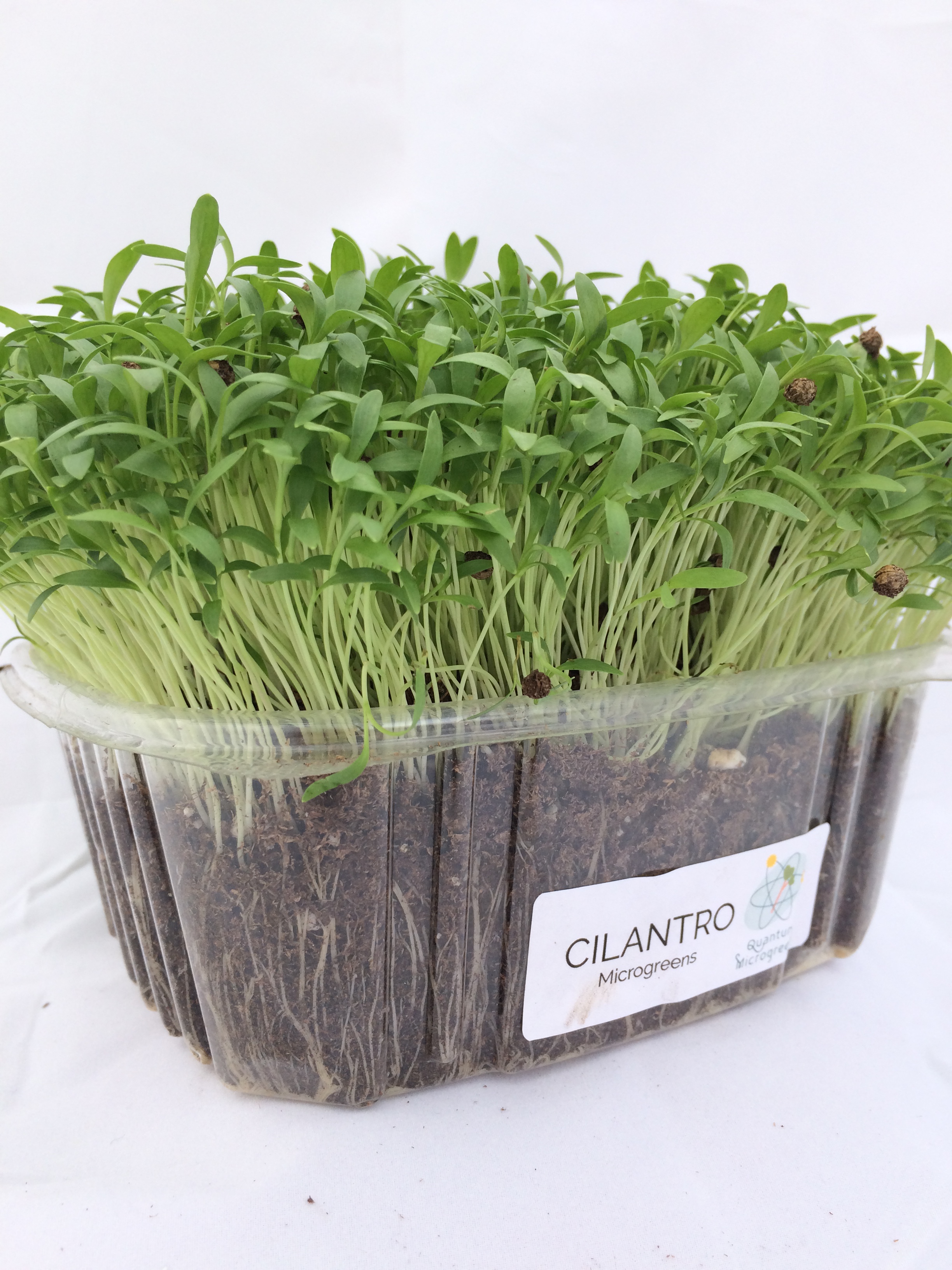 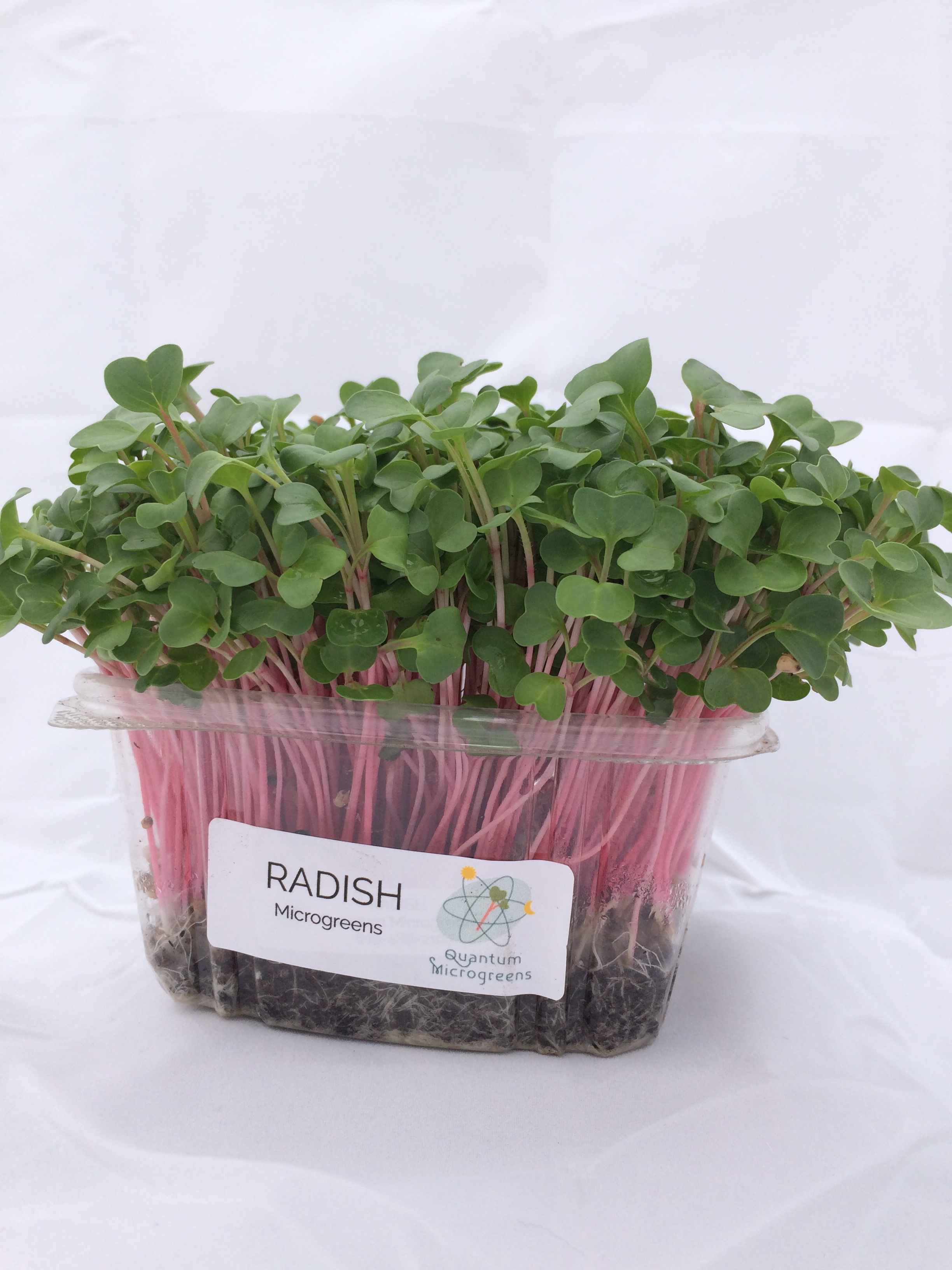 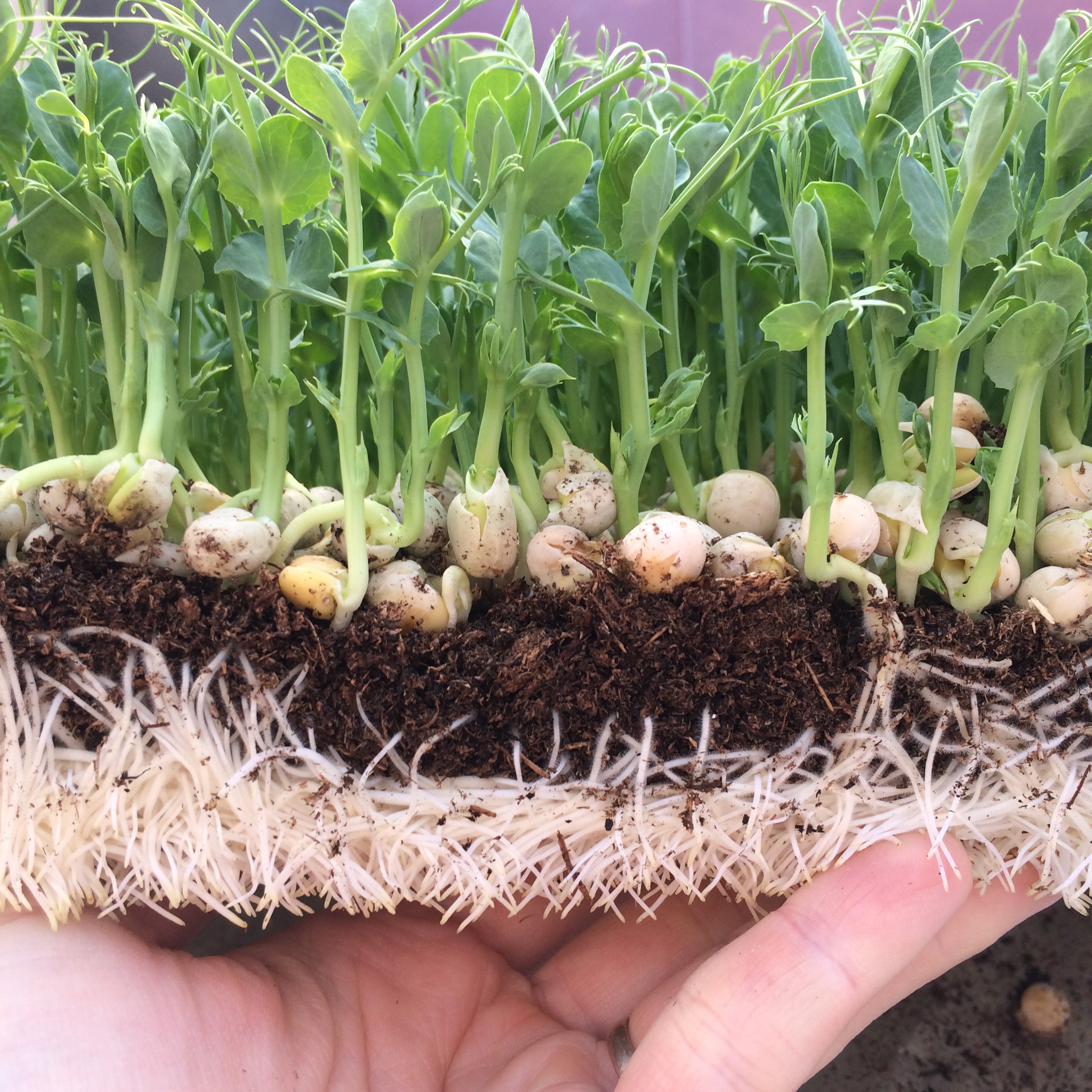 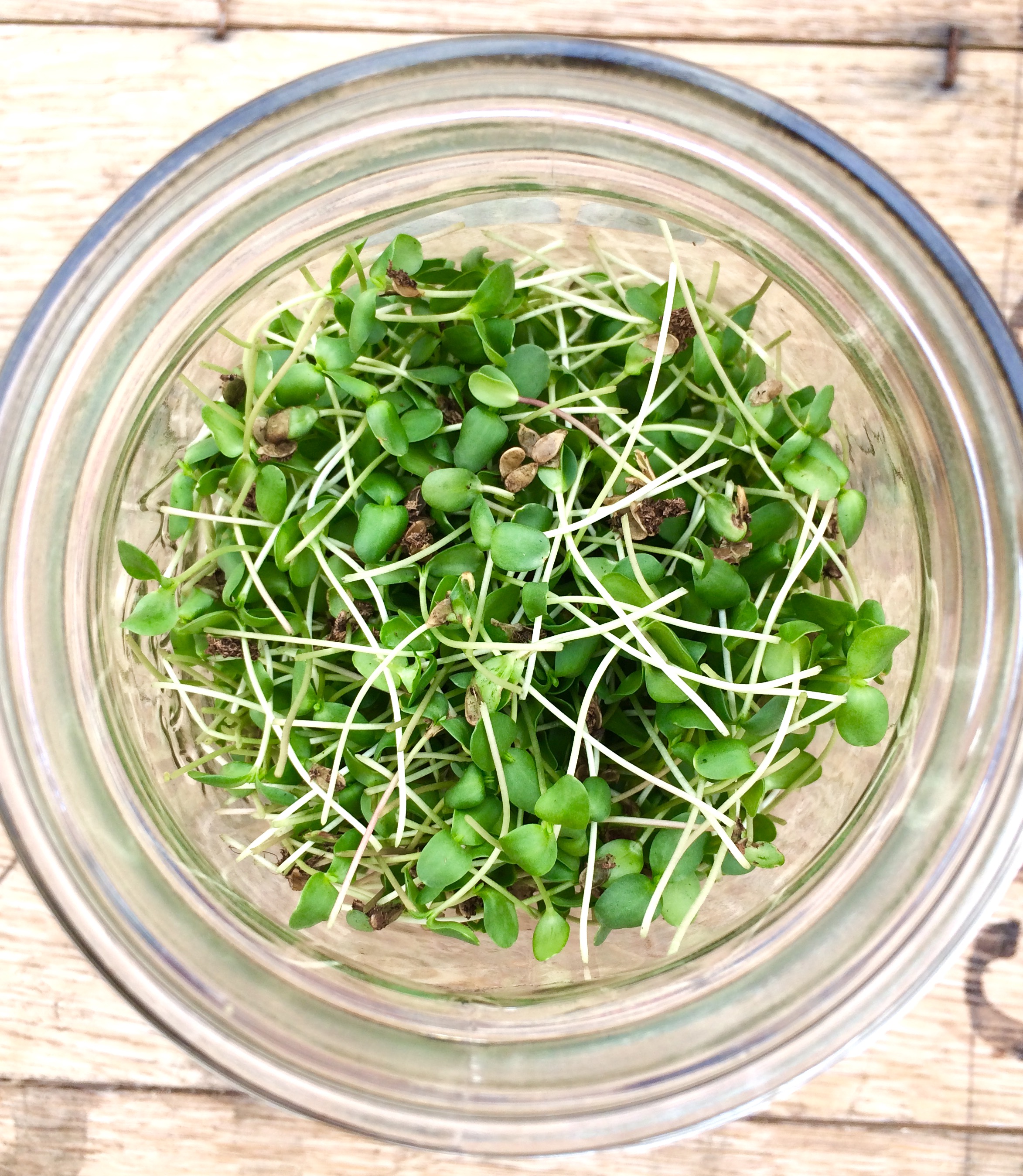 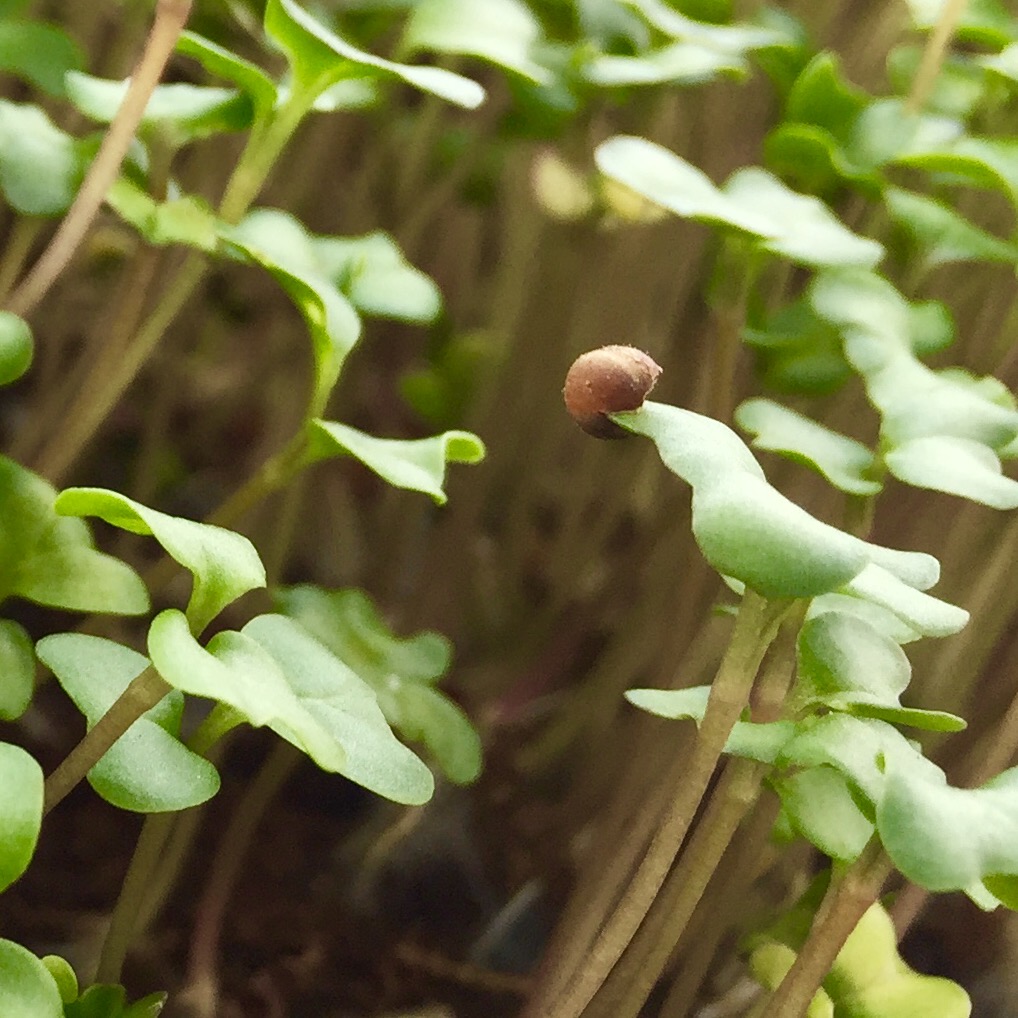 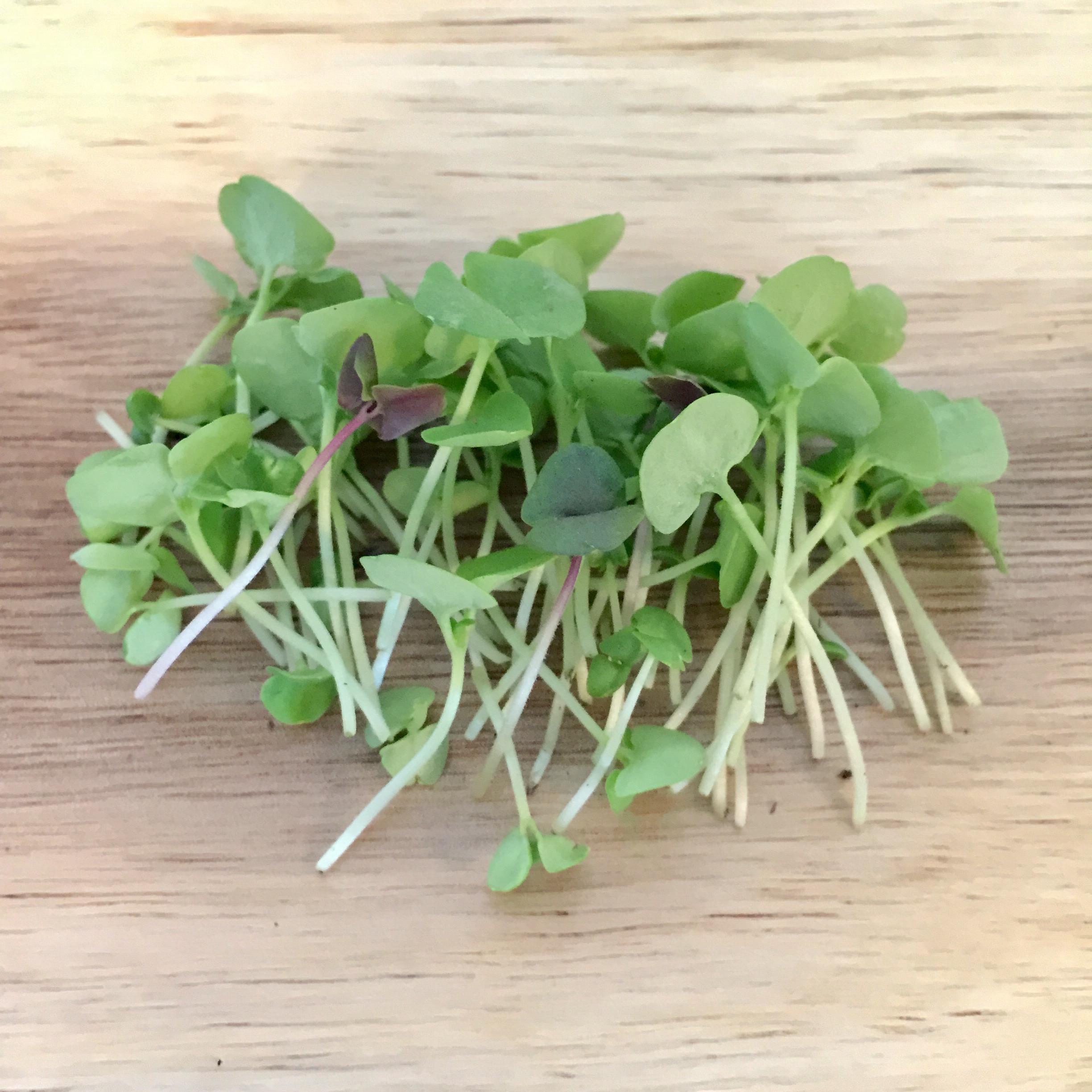