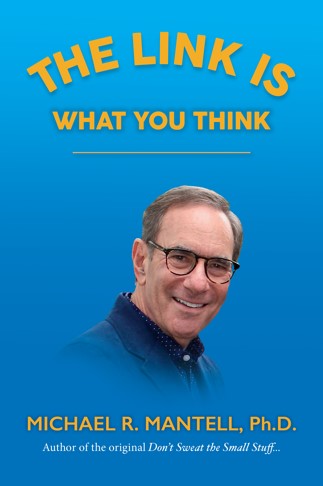 Today we’d like to introduce you to Dr. Michael Mantell.

Dr. Mantell, let’s start with your story. We’d love to hear how you got started and how the journey has been so far.
When my 8th grade teacher told my mother and I that I was not college material and ought to consider attending a vocational high school in Newark, NJ, I knew I was headed for a doctorate in some area of academic and professional studies.

I thought it might have been medicine, but when a prestigious psychology professor in my freshman year of college called me to stay after class and told me that I was the only student paying attention in a large lecture hall, and urged me to pursue psychology, I thought about it and realized it was, and is my passion.

I visited San Diego with my wife shortly after graduating the University of Pennsylvania with my Ph.D., and met several folks who encouraged me to apply for a position as Chief Psychologist for Children’s Hospital here, despite my already having accepted a position in Philadelphia. I did, and the rest is history. I didn’t learn that I had the position at Children’s until just before Labor Day in 1976, and instead of beginning that job in Philadelphia, I called and told them I was moving to San Diego. We arrived here in September, 1976.

Shortly after, I began working at Children’s I met Bill Kolender. That was life changing. When the famed PSA plane crash occurred over North Park, Bill contacted me for help in selecting a psychologist to create a program of psychological services for the men and women in his department at the SDPD. After one meeting, the group asked me to leave the meeting and apply for the position myself. Despite the competition, I was awarded the contract.

I recall going in front of City Council in January, 1980 and Bill Mitchell asking me, “What does a young man (I was barely 30 years old), from Newark, NJ who’s been taking caring of kids, know about treating cops in San Diego?” I pushed back from the desk where I was sitting, put my pen in my pocket and began packing up when Bill Kolender, sitting next to me, gave me a kick and whispered, “Answer the question!” I told Mr. Mitchell that if he was looking for someone to treat the badge, that would not be me. If he was looking for someone to care for the person behind that badge, wearing that badge, I was the man. I got the job, created one of arguably most envied program of psychological services in law enforcement at the time and that brought me into my work in the media. This followed the famed McDonald’s shooting here when the world’s media turned attention to this event, the largest shooting in the workplace at the time in America. I appeared on “Nightline” that night and that opened the door to a decade of appearances, nearly weekly, on Good Morning America, and later KFMB-TV twice weekly for a couple of years, then Fox, the CW, ABC, etc. I become a member of SAG/AFTRA in 1981 and continue being a proud and active member in the media. I’ve appeared regularly on CBS-TV, ABC-TV, Fox News, Oprah, Larry King Live, The Today Show, and I’ve hosted two highly popular Podcasts. I’ve been featured in many of the nation’s top health-fitness magazines, national and international newspapers and general interest publications.

I am a Wexner Foundation Fellow and am listed in greatist.com’s “The 100 Most Influential People in Health and Fitness.”

The McDonald’s shooting also brought me into developing a practice of consulting with business leaders and organizations, focusing not just on dealing with violence prevention and the aftermath, but with executives seeking greater success in their personal and professional lives.

I’ve maintained a private practice in psychology for nearly 4o years and retired when I reached full retirement age as planned. Since then I’ve become the first Senior Fitness Consultant for Behavior Sciences for the American Council on Exercise, wrote several certifications for them in health coaching and behavior change, have traveled the world speaking at conferences on helping fitness and health professional learn about health coaching, executive development, mindful leadership, longevity and other similar topics.

I serve on the Science Advisory Board of the International Council on Active Aging, and am in the process of becoming an Ambassador presenter for Evergreen Wellness based in Florida.

The Premier Fitness Camp at the Omni La Costa Resort and Spa contacted me more than 4 years ago and asked if I’d come up and become the Director of Transformational Coaching there. I’ve been there since then.

The St. Pete Life Magazine contacted me several months ago and asked if I’d serve as their Health and Wellness Curator and I’ve been writing for that magazine ever since.

Unlimited Retreats has brought me on as an Ambassador leading weekend wellness retreats around the world and we have an upcoming program in Red Mountain Resort in Utah later in February, 2018.

I serve as an organizational Advisor to several fitness/health related companies, provide coaching to celebrities and political leaders, and everyday folks from all walks of life.

Perhaps one of the loveliest accolades I’ve received in my career came just last month when “L’Chaim” Magazine named me a “Mensch of San Diego.”

I guess you’d say I never really retired when I reached 65 almost 4 years ago, but rather have rewired and refired.

Has it been a smooth road?
Nothing ever happens TO you, but rather FOR you. I’ve never lost in life, but rather have either won or learned. Of course, the road is always rocky, but I’m blessed to have a wonderful, loving and supportive family that have helped turn every stumbling block into a stepping stone. Never rejected but always redirected.

“You cannot dream yourself into a character; you must hammer and forge yourself one,” said Henry David Thoreau.

We all deal with folks who are professionally and personally judgmental, envious, and try to inflict harm. We are all fallible, imperfect human beings, so I let it all go and keep moving forward, with resilient, flexible, non-dogmatic thinking and beliefs.

Long ago, I gave up thinking people “must” behave towards me in a certain way, that I “must” be perfect and never trip, and that life “must” be exactly like I expect it to be. Forgive everyone who doubts me. Including my 8th grade teacher.

We’d love to hear more about your business.
I’m proud of my 40-year career as a psychologist. Yet since graduate school, I never understood the white coat envy many psychologists I saw having of psychiatry.

I’ve always – throughout school and my career – wondered about the 75% of Americans who do not have a mental illness, do not need “therapy” or “treatment,” but rather are seeking straightforward tools to identify and crush their healthy negative limiting beliefs, bring their inner strengths and unique gifts to their everyday lives, and who desire help in promoting unconditional self-acceptance to live happier, more fulfilled and in optimal health. I’m proud of the transition I’ve made in working with this group teaching people to become fundamentally independent thinkers (FIT), how to identify and challenge their thoughts that are self-defeating, helping people move towards feeling comfortable being who they really are free of comparing and the inevitable despairing feeling that follows, and helping folks achieve the outcomes they desire, both personally and professionally. I enjoy working with folks who have health issues, particularly weight management issues using my carefully curated, evidence-based, time-tested methods that I call Cognitive Transformational Coaching.

I pride myself on being every client’s “coach in the pocket” available at any time to take a call, respond to an email or text to assist at time they are in need. That’s what my card says: “Available: When you are in need.”

My freedom to work purely and genuinely from my passion to help others, to work where and when I need to be available, to be on the spot anywhere in the world my client’s need take me, to write articles, be in a media interview and present almost weekly– these are what I’m most proud of.

Let’s touch on your thoughts about our city – what do you like the most and least?
When one likes oneself, one likes one’s life and surroundings. I love San Diego. When I was writing my column for San Diego Magazine, they gave me the title for the column, “Dr. San Diego.” I love that title and use it in one of my Twitter accounts (the other is Fitness Psych.)

I enjoy the people of San Diego above all. While the weather is of course one of the things that we’re known for, I’m far more a people than a weather person. the openness, the friendliness, the relaxed approach to life – that’s what does it for me. Ah, but there’s more. The views and vistas are just the most mindfully settling of anywhere I’ve been. Being able to stroll on the beach each week to settle thoughts, to savor the gift of nature, to relax into the movement of the waves, to feel the peace of the sand…. it’s all heavenly. I believe when Adam and Eve strolled through the Garden of Eden, they were really walking through San Diego.

What don’t I like about San Diego? I’m not a fan of traffic. I can’t think of anything else I don’t like about America’s Finest City. The badge I received from the SDPD when I was serving as Chief Psychologist is proudly displayed in our home — for good reason. I’m a proud resident of this fine city. 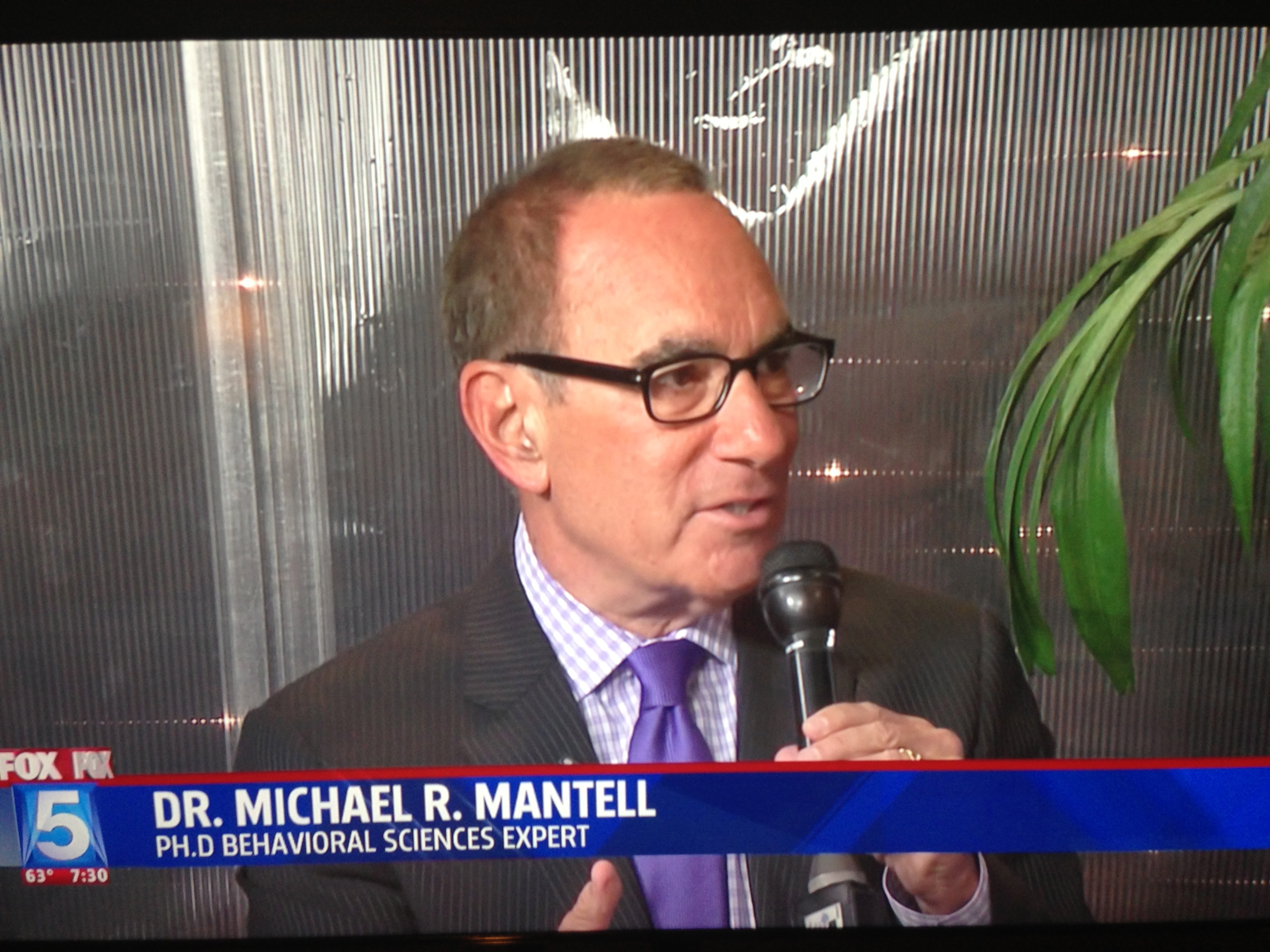 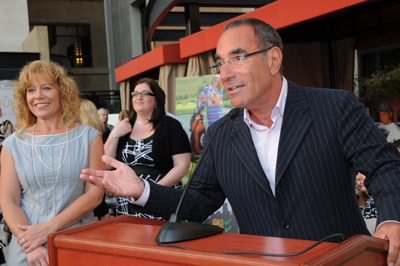 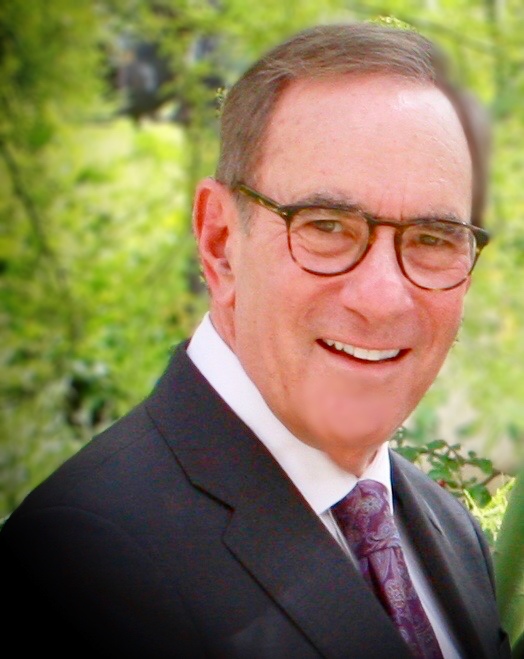 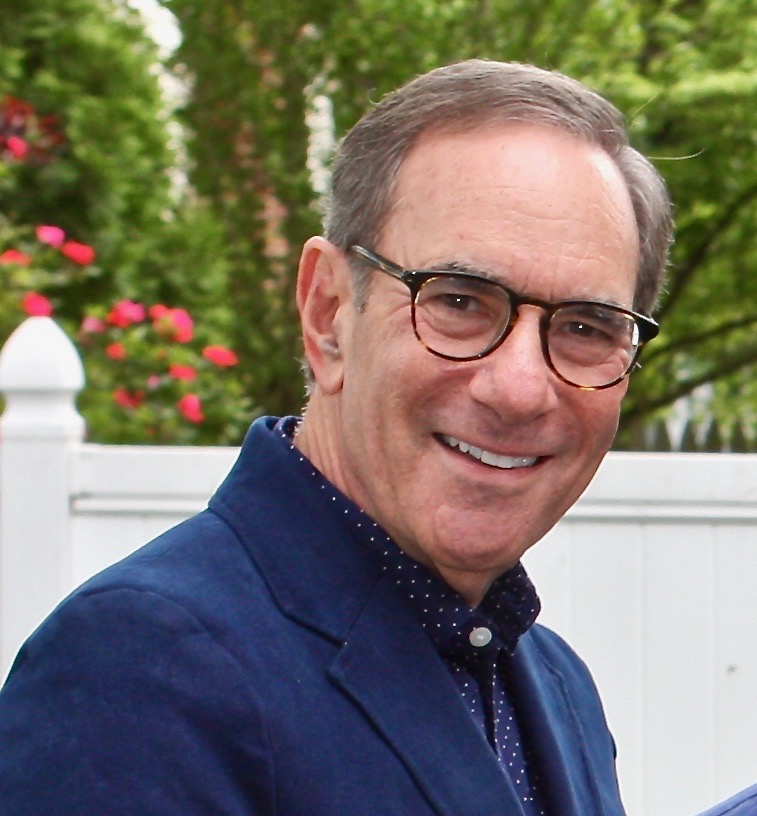 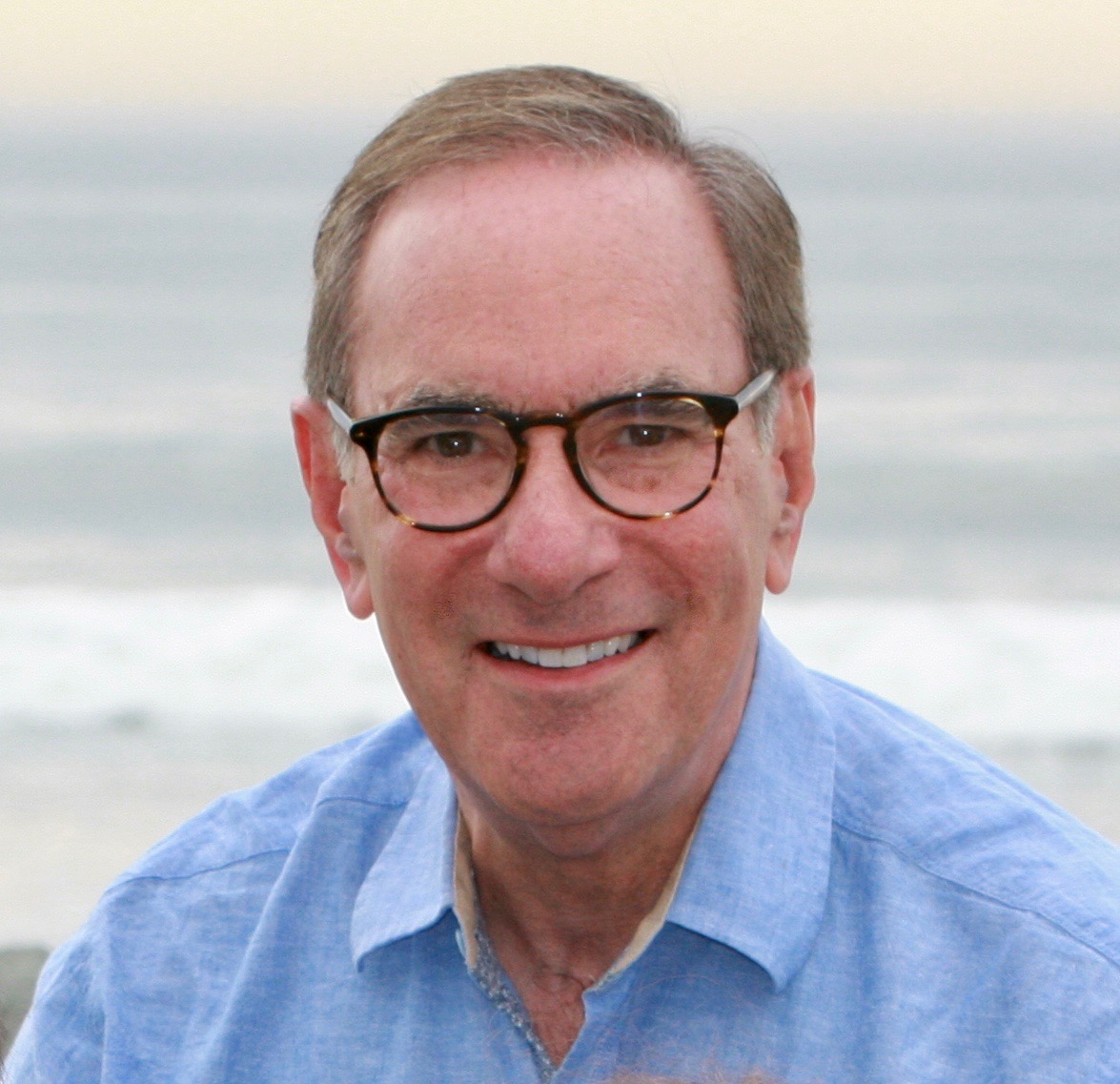 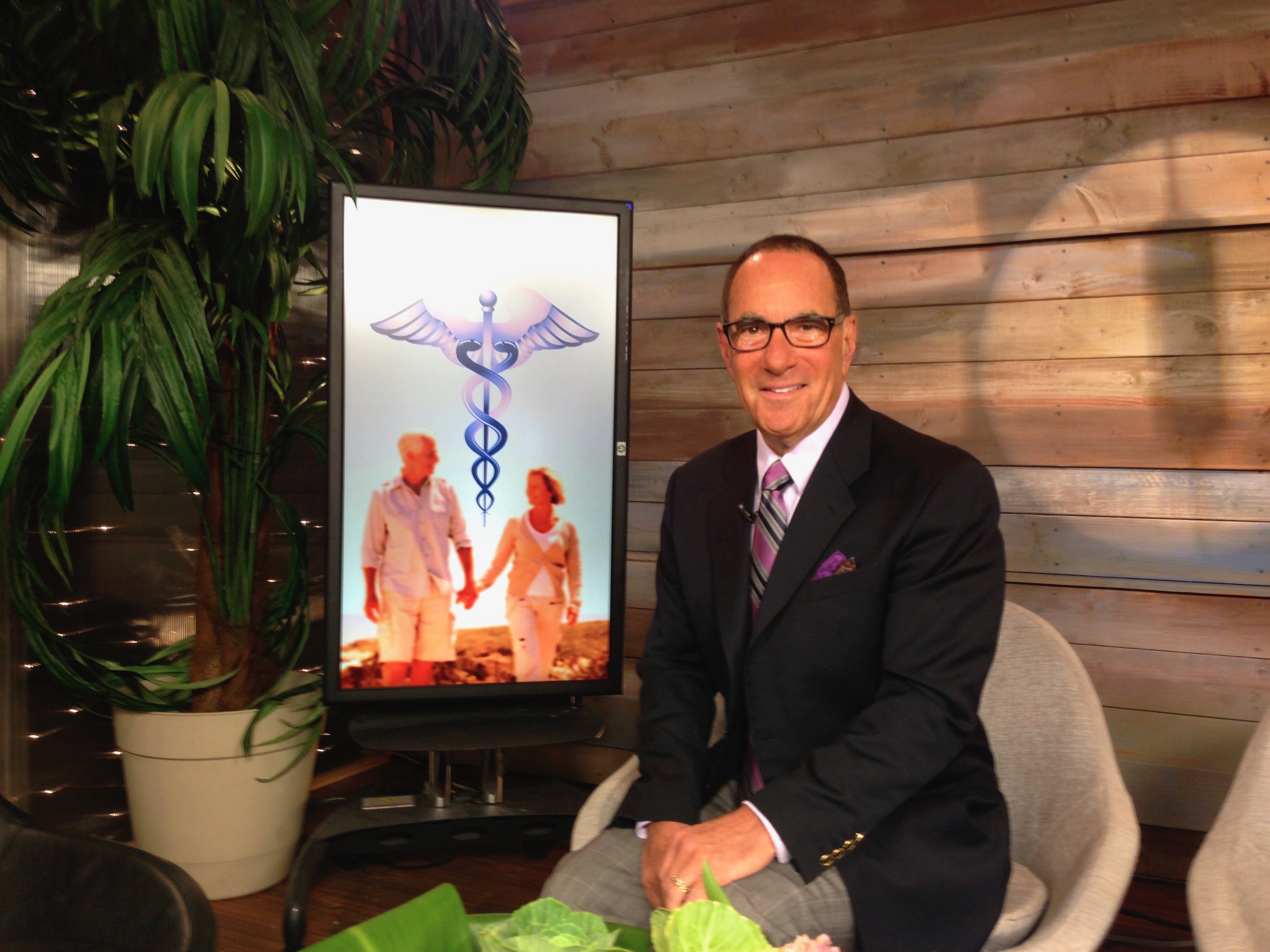 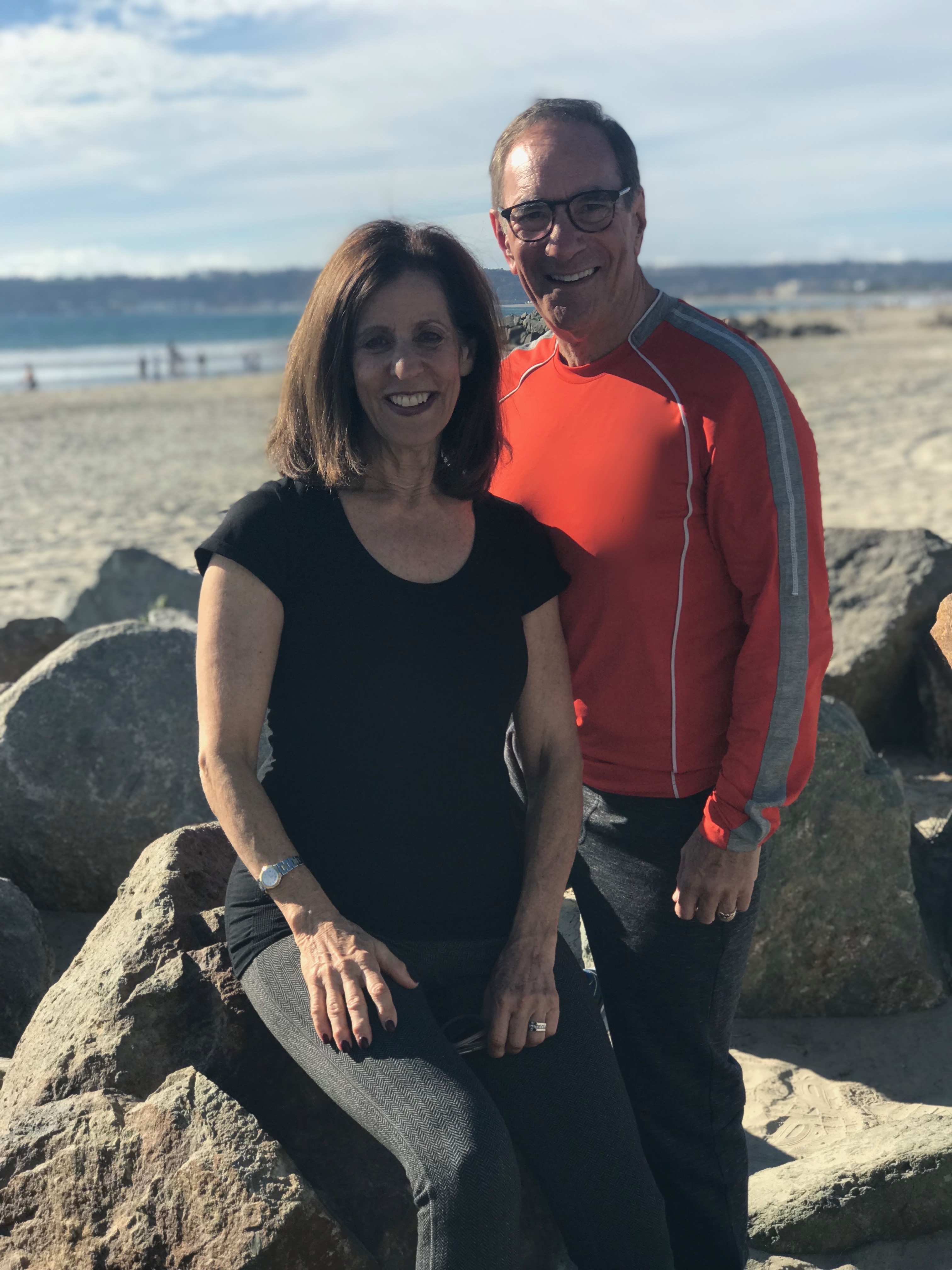 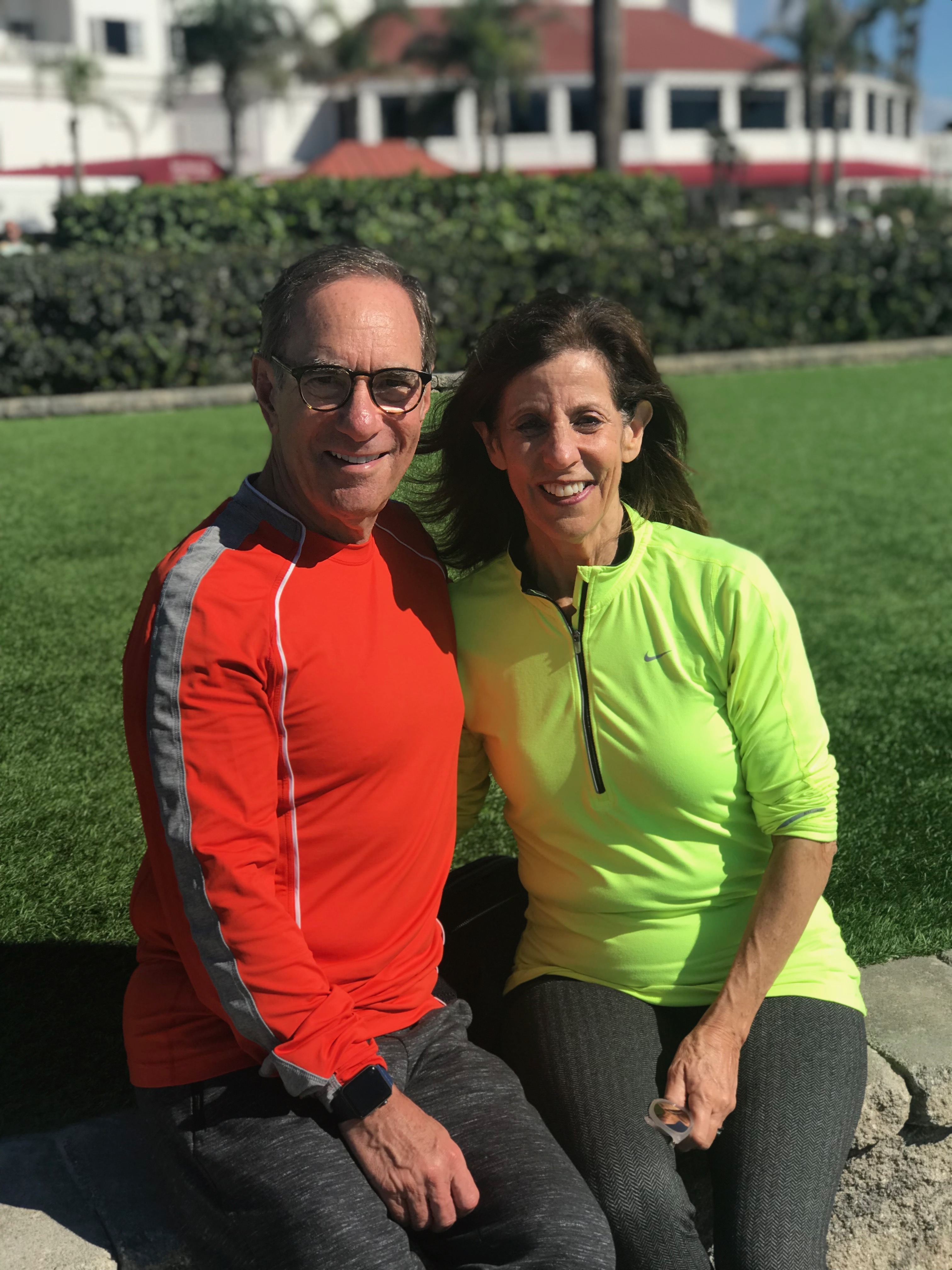