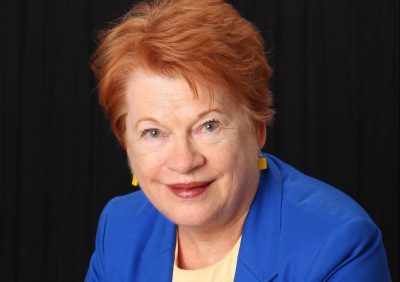 Today we’d like to introduce you to Michele Nash-Hoff.

Michele, let’s start with your story. We’d love to hear how you got started and how the journey has been so far.
I started in the manufacturing industry as an engineering secretary at age 18, and then transferred to working in the marketing department of a local defense contractor for a few years. After having two children, I went to college and got a degree from SDSU in French and Spanish. After college, I started to work as office manager/inside sales for a manufacturers’ sales agency in 1982. I branched into outside sales and then left the company in January 1985 to found my own company, ElectroFab Sales, a manufacturers’ sales representative agency for job-shop companies that perform custom fabrication.

From 1985 – 1990, I doubled business every year over the previous year and I served on the board of the San Diego Electronics Network, a professional organization for women in electronics, becoming its president in 1988. I also served on the board of the San Diego Chapter of the Electronics Representatives Association (ERA) and became its first woman president from 1989 to 1991. Then the recession of 1991-1993 hit, and our bookings dropped. We had to make the painful transition from defense to commercial. We were successful in making this transition by acquiring companies to represent that could competitively perform fabrication services for the commercial industries of our region.

During this recession, the San Diego region lost more than 30,000 manufacturing jobs, 17,000 of them as a result of two divisions of General Dynamics being sold and moved to another state. This was such a shock to the economy that it captured the attention of business leaders and elected representatives at all levels of government in the region.

While serving as board chair of the San Diego ERA from 1991 to 1993, I became president of the High Technology Foundation, a non-profit organization our ERA chapter founded to promote high technology in San Diego. I recruited industry, government and media members for a High Technology Advisory Council and spoke publicly about the importance of high-tech manufacturing to the regional economy. In 1992, we sponsored a forum on “What’s Being Done to Save Manufacturing in San Diego?” We lobbied elected officials at the local, state, and federal levels to improve the business climate by reducing the local business tax, eliminating state regulations that overlapped federal regulations, reducing the capital gains tax, and increasing the R&D tax credit.

In 1993, the foundation formed a coalition of 18 organizations, called the High Technology Council, to plan and produce the first High Technology Summit at the San Diego Convention Center. The purpose of this summit, held in March 1993, was to ensure that elected officials and business leaders were aware of the importance of high technology to the economy of San Diego and address ways to improve the business climate at the state and local levels. The council produced a white paper on the issues affecting San Diego’s tech industries, which included recommended actions to be taken at the local, state, and federal levels.

However, as the San Diego economy began to prosper in the boom years of 1995-2000, most of these volunteer civic efforts stalled or ceased to exist. So, in 1996, I ran for San Diego City Council, against a three-term incumbent, in an attempt to spread my message about the importance of high technology manufacturing to the economy of San Diego to a greater audience. My low budget, grassroots campaign was unsuccessful, but as a result of that experience, I was recruited to run for the California State Assembly in 2000. I easily won the primary for this open seat, but after a hard-fought, 14-month campaign, I lost the general election. The campaign did give me a great opportunity to talk about the importance of high technology to the economy of San Diego, the need to save manufacturing jobs, and ways to improve the business climate of California.

Then came the dotcom bust of late 2000 and 9/11 in 2001, leading to a recession. The 2001-2002 recession saw an unprecedented pruning of prospects, customers, and competitors in the region. This cut across all sectors of manufacturing. It witnessed key Original Equipment Manufacturers cutting back to a fraction of what they once were, going out of business entirely, moving out of the area, or sourcing their manufacturing out of the area and even out of the country. In my more than 20 years of sales and marketing in San Diego, I had never seen it this bad.

The loss of companies didn’t make local headlines, as the departure of General Dynamics had in the early 1990s, because these were mostly smaller companies, with fewer than 100 employees. Buck Knives’ announcement about their intent to move finally made the headlines in 2003, and they moved to Post Falls, Idaho in December 2004. The loss of Tyco Puritan Bennett in 2002 should have made the news, as they had more than 1,000 employees in 2000, but it didn’t.

I started keeping a record of the companies that had moved out of state or gone out of business since January 2001. In the spring of 2003, several legislators with whom I had campaigned asked me to provide them with the list. I turned the list into a report in an effort to make these legislators, and other key policymakers aware of the seriousness of the situation. I disseminated this first report in March 2003 to legislators, local elected officials, industry leaders, and local news media by email. The report got attention from a local radio talk show host, Roger Hedgecock, who invited me as guest on his show. I prepared two more reports later that year and was invited on his show after each report was released.

I published two to three reports every year from 2003 to 2010, and was a featured guest on other radio shows, like the Hugh Hewitt show. I became a “go to” expert on the state of San Diego’s manufacturing industry and was frequently quoted in the San Diego Union-Tribune and San Diego Business Journal. Some of my reports were republished by other media and organizations, such as VoiceOfSanDiego.com and the e-newsletters of the American Society of Quality, the American Purchasing and Inventory Control Society (APICS), and SME.

After e-publishing a report in May 2007 subtitled “Can U.S. Manufacturing be Saved?” I decided it was time to write a book on the topic. I started writing my book in July 2007, and it was finished and published in May. 2009. I introduced it as a keynote speaker at the Del Mar Electronics & Design Show on May 5th,

One of my ancestors was Paul Revere, who became famous for his midnight ride to warn that the Red Coats were coming. Since the first edition of my previous book, Can American Manufacturing be Saved? Why we should and how we can, I started referring to myself “Paulette Revere” because I felt I was on a modern-day journey to warn people that we will lose our freedom if we don’t save American manufacturing.

I have been on several regional radio shows and spoken to trade organizations like The American Mold Builders, Association, business and professional groups like SME, APICS, service clubs like the Kiwanis, Rotary, Lions, Optimist, and Soroptimist clubs; several regional trade shows; and six national conferences.

Then I started submitting articles to a local e-Newsline, San Diego News Network (SDNN.com) in August 2009.
In April 2010, I started writing regular blog articles, which I sent out to a database of several hundred people (now about 1,500), posting them on my website, and submitting them to a local e Newsline. In 2011, I started blogging for the Huffington Post, Industry Week, and the Coalition for a Prosperous America’s Trade Reform Blog. After I was offered my own column on Industry Week in 2014, all of my articles are now published on their e Newsline.

In 2012, I became the chair of the Coalition for a Prosperous America’s California chapter, on the board of directors for the San Diego Inventors Forum, and a director on the national board of the American Jobs Alliance.

In the past five years, I have given hundreds of presentations on topics related to how we can save American manufacturing and how we can return manufacturing to America using Total Cost of Ownership Analysis as an authorized speaker for the Reshoring Initiative. I’ve worked with the Coalition for a Prosperous America (CPA) to plan and produce five manufacturing summits: two in San Diego, two in Orange County, and one in Sacramento. I’ve been to Washington, D. C. for the CPA annual fly-in five years in a row, and visited the offices of every Congressional Representative from Bakersfield and Santa Barbara south to the border multiple times.

By the end of 2015, I realized that I had written over 150 articles since the 2012 edition of my book came out, so it was time to write a sequel to incorporate all that I have learned in the past five years. I started to write this book in December 2015, and finished it in August 2017. After having a book cover designed, having it edited and formatted, it was published in October 2017.

Great, so let’s dig a little deeper into the story – has it been an easy path overall and if not, what were the challenges you’ve had to overcome?
No, it certainly hasn’t been a smooth road. I was a woman in a man’s field when I started in outside sales selling castings, forgings, extrusions. Engineers and buyers agreed to see me out of curiousity because they had never had a woman call of them for these commodities. I had studied so knew what I was talking about, so earned their respect.

I grew the business from 1985 to 1990, so that my husband could join me in the business. We’ve survived three recessions: 1991-92, 2001-2002, and 2009-2010. The first one nearly put us out of business because we were too reliant on military defense customers, so we had to transform our company to target non-military, commercial customers.

What we do is called relationship selling, so it became harder and harder to develop relationships when companies eliminated “vendor” time periods for appointments with their buyers. Voice mail and email became the mode of communication. My regular blog articles became a way to keep my name and face in front of current and potential customers.

Alright – so let’s talk business. Tell us about ElectroFab Sales – what should we know?
We do the sales, marketing, and customer service for small American companies who perform custom fabrication services, such as plastic and rubber molding, metal stampings, machining, and sheet metal fabrication for a commission on what is invoiced by the companies we represent (called principals).

What sets us apart from other sales reps is that we represent the fabrication services of most of the ways to have a mechanical part made for a manufactured product. I am most proud of the fact that we have always represented only American companies, and now represent all California companies.

There is usually more than one way to make a part for a product, so we can recommend the best way or give choices on ways that a part can be made. In essence, we help companies select the right manufacturing process for their product.

Is there a characteristic or quality that you feel is essential to success?
Persistence. I never give up. It has taken me as long as 10 years of calling on a potential customer before I succeeded in getting business from them. 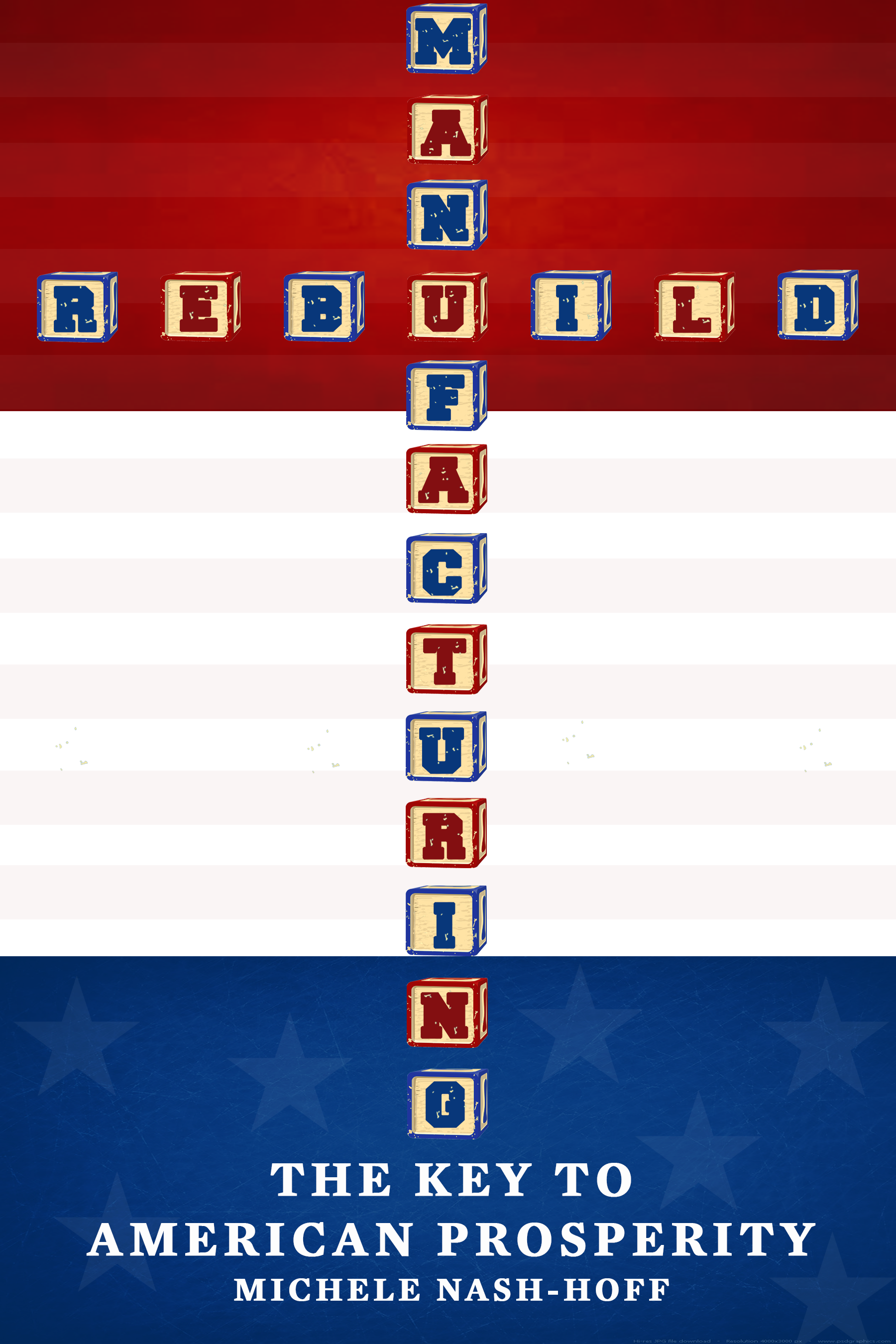