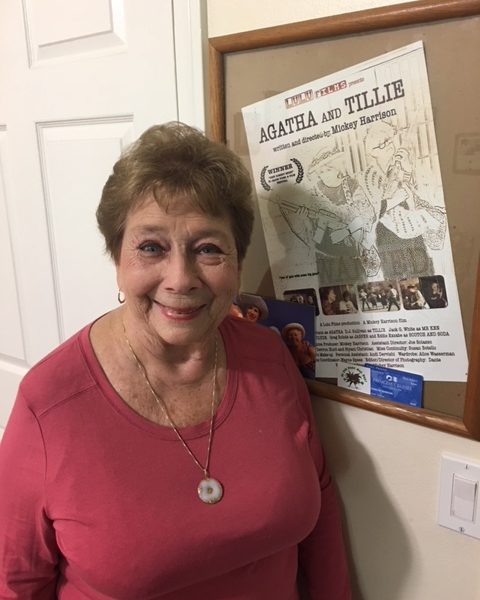 Today we’d like to introduce you to Mickey Harrison.

Mickey, can you briefly walk us through your story – how you started and how you got to where you are today.
My first profession was A Nurse Practitioner. I Did 6 years as a volunteer in Mission hospitals in Indo China from 1963 first in Viet Nam during the war, next to Thailand and last in Malaysia. In Malaysia not only did I volunteer at a Franciscan Nun Mission hospital but I split my time with Care-Medico)Dr. Tom Dooley’s Group). There I worked with the Aborigine population. On my one day off I started my own clinic I saw one day going to work. I went in and asked if they got any medical care. The answer was “No we just die”. I started treating on a chair by a well and later the people built me a hut.

Several years later I went back and the Franciscan Nuns were carrying it on. I retired From Kaiser early at 55. I always wanted to be an actor. I did 2 plays back to back at On Stage Production in Chula Vista. The second play “You Can’t take it with You” I won “Best Supporting Actress in a Comedy”.

I decided to take acting lessons with DJ Sullivan. I was more interest in the film. She advised me to go to SDSU and work on some student films. I did about 30 as an actor but got curious about the whole process of making a film. I asked one of the students who was Producing “Soledad” if I could be her Assist. and the rest is history. It was screened at the Cannes Film festival and tagged along again to Cannes. I was hooked. Filmmaking it was to be. 18 Awards later at 83 I am still writing, directing, producing and giving my self the lead role.

Great, so let’s dig a little deeper into the story – has it been an easy path overall and if not, what were the challenges you’ve had to overcome?
I found it for me rather easy thanks to SDSU film students. For 28 years I was never out of a “job”. I volunteered as Producer, Casting Director, actor for 28 years. They just passed me on from one film to another. some winners, some not. !2 years in a row the student films I produce on the San Diego International Student Film Festival.

I am still in touch with some of them and in fact when I started writing my own films most of the crew were my past students. Some have done very well working with Lion’s Gate, Paramount.

Lu Lu Films – what should we know? What do you guys do best? What sets you apart from the competition?
My Production Company is LuLu Films named after my dog. I specialize in writing short comedies. My first series was: Agatha and Tillie”. All six won “Best Short COmedy” at Film Festivals such as Las Vegas International Film Festival, Temecula International Film Festival. What sets me apart is I do old fashion comedy. One judge wrote “Movere Ma and Pa Kettle, Agatha and Tillie are coming”. Greatest compliment I ever got.

What moment in your career do you look back most fondly on?
This past weekend at the International Mobile Film Festival. I did a short film on my iPhone 7. I met a Professor from NYU Film School. The best in the country. At first, when he was talking to me, because of my age he wanted to know if I had a Grandchild in the Festival. I informed him I had a film being screened that morning and also a Sponsor. His interest perked up. He sat through the film and during the Q and A he popped his body out to the aisle smiled and gave me the “Thumbs Up”. Can’t get any better than that. 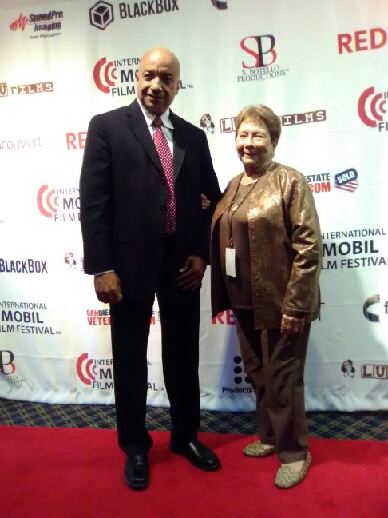