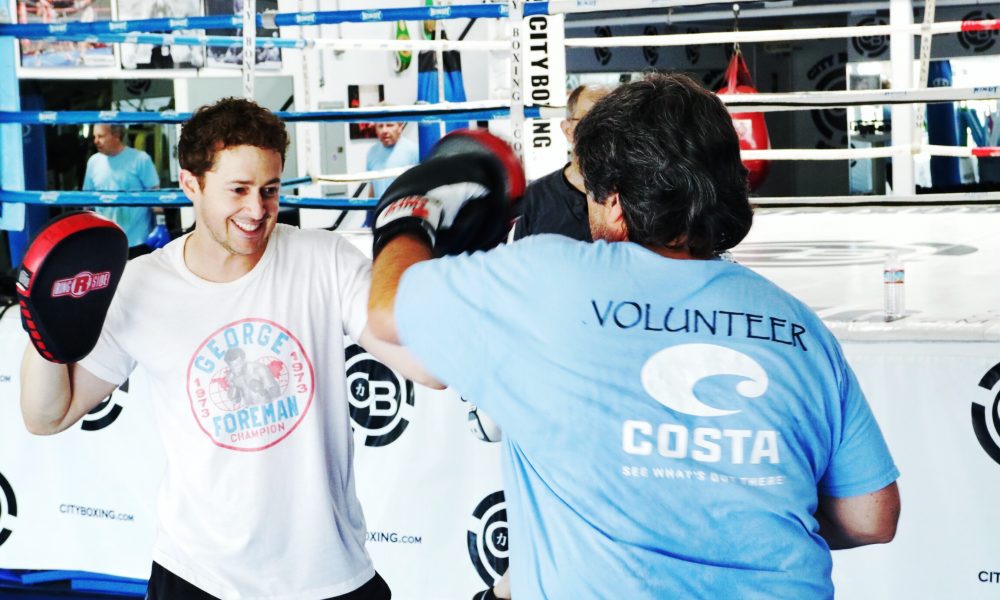 Today we’d like to introduce you to Mike Reeder.

Mike, can you briefly walk us through your story – how you started and how you got to where you are today.
After spending over a decade as a sports television producer in Los Angeles, I wanted to return to my roots in San Diego and decided to completely change careers by entering the boxing fitness industry. I started my company, BoxFit, a little over a year ago, and I’m having a blast. Early on in the process, I connected with the Parkinson’s Association, and I now teach boxing to Parkinson’s fighters five days a week. The joy and satisfaction I get after completing a class with the Parkinson’s fighters is unparalleled. The work and effort they put in is amazing and the results are spectacular. In addition to the Parkinson’s boxing class, I teach two boot camp style boxing fitness classes every week day. Most people come to me with little or no boxing experience, and it’s really cool to see people learn boxing basics and become more confident. Folks who are dedicated to the program punch really hard now!

Overall, has it been relatively smooth? If not, what were some of the struggles along the way?
It has been a relatively smooth ride, but there are always obstacles and struggles along the way. Looking back, the obstacles and struggles make it that much more rewarding. Initially, it wasn’t easy to convince boxing gym owners to allow me to bring in my Parkinson’s boxing program into their space. Many gym owners were wary of Parkinson’s fighters with walkers or wheel chairs or simply didn’t want an older clientele around their gym. Once I found the right gym to rent, the program has run remarkably well and the classes continue to grow and grow. Our new struggle is that we are starting to have too many fighters for one class a day. Shortly, we will need to add another Parkinson’s boxing class, which is a great problem to have.

Please tell us about BoxFit.
At BoxFit, the goal is to open the boxing gym experience to everyone. Most clients are boxing beginners, but I’ve been able to create an inviting environment where someone putting on the gloves for the first time isn’t intimidated. The boxing boot camps are fast paced, fifty minute classes, but we are able to incorporate real boxing skills into each session. In addition to the boot camps, the Parkinson’s boxing classes are really rewarding. The Parkinson’s fighters have become unbelievable boxers, able to throw eleven punch combos on the mitts with plenty of power. The ability to create a community of now confident, strong, empowered members is what I’m most proud.

If you had to go back in time and start over, would you have done anything differently?
I’m not sure I would have done much differently over the past year. I’ve learned a ton about teaching the science of boxing, which has been invaluable.