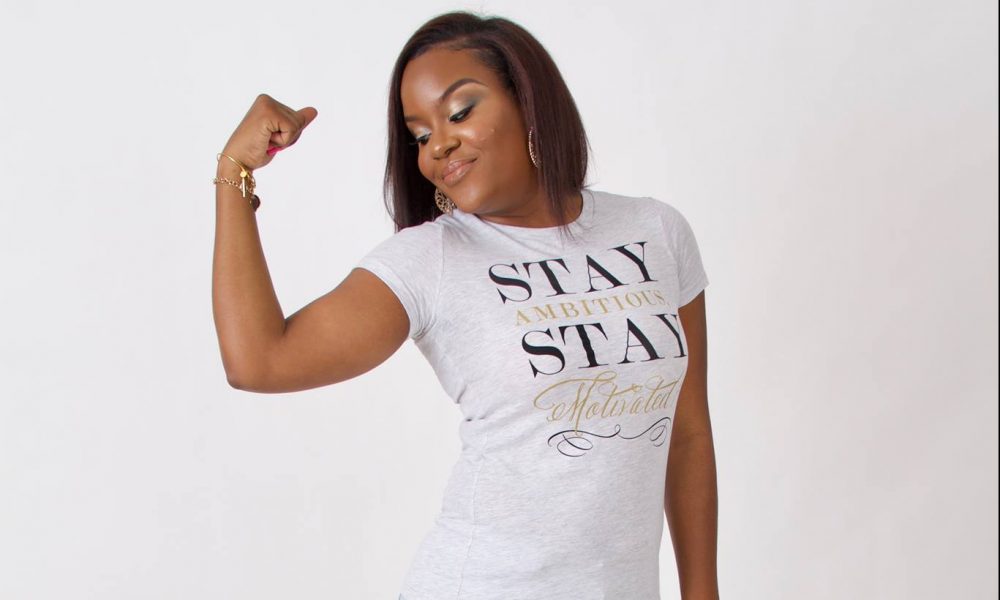 Today we’d like to introduce you to Misha Mayhand.

Misha, please share your story with us. How did you get to where you are today?
How I got started:

I’ve always had a passion for writing and telling stories for as long as I can remember. This drove me to eventually take this passion and to put it to use while in grade school. My teachers would often suggest that I enter into story writing contest and poetry contest and I would oblige and even win and or get placed. Upon entering high school, I continued to hone in on my passion and decided to join the TV Production program after discovering that the cosmetology program was full. In multiple weird twists of fate, it would seem that I was destined to become a story-teller. I started off as a beginner and went on to their advanced program. I graduated from high school with a TV Production certification and had the option to roll that into a Trade Program at Specs Howard School of Broadcasting or to take my passion on a more traditional path to a 4-year university.

At the time, I was still staying at home and my mom wasn’t too fond of me skipping out on college so onto college I went to gain not only social experience but professional experience as well. I decided to do my first two years at a local community college to save money and then would go on to transfer to a 4-year university to finish my program. While college was a great experience on a personal level, I would soon learn upon graduating that it obtaining a Bachelor’s Degree would not guarantee me a job in my field of study and even if it did, the pay wouldn’t be comprehensive to the type of lifestyle that I desired, at least starting out it wouldn’t. The passion was still there though so even when I decided to take a corporate job outside of my field of study, I knew I had to keep writing so I re-branded and relaunched a blog that I started as a school project in undergrad. I figured if I was consistent enough that someone would discover my work soon enough. Well, that part was true, I was soon discovered by locals and was often invited out to events to cover and profile people. Eventually, I would rename myself as Metro Detroit’s Paparazzi for the Ambitious at Heart. My Blog Ambitious Mix became a well-known brand around Metro Detroit because I loved profiling everyday people that were making a difference in the community and up and coming business trailblazers. I was everywhere as often as I could be. I was as ambitious as the people I was featuring on my blog and I loved being surrounded by like-minded people.

But what about the not-so ambitious people? My mind kept wandering to them. The people who would reach out and ask how they could do what I was doing. How could I help them be more Ambitious and thus successful on their own terms? Outside of interviews, I continued to pen editorials and how-to articles about various topics that I felt would make my audience “more successful” in life and in 2015, I compiled several of my best performing blog posts and published them in my first book Ambition For Sale: How to be Ambitious While Seeking the Ambitious Lifestyle. It’s easy to read the instruction manual for anyone that desires to stop wasting time and to get more productive and motivated about their goals.

I published my first book in 2015 as an eBook and then the following year, I released a paperback version. While I was motivated about my own personal development, I soon became passionate about developing others. so, I started investing in coaches and consultants to further develop that desire and to make sure that I was operating from a level of certainty instead of winging it. I didn’t know a whole lot about coaching others, but I figured with my natural leadership capabilities and thirst for learning that the learning curve couldn’t be too hard.

Soon after early 2017, I would put out my second book Life After 25: Intuitively Me. LA25 is a personal memoir that covers reflections and lessons learned from my early life on past age 25. The quarter-life crisis is real so I wanted to speak to that and help those that too struggle with the overwhelm of turning 25 and questioning whether or not they’re exactly where they’re supposed to be in life.

In the midst of all of that, I decided after breaking off a serious relationship of almost two years that it was time to leave my current job and move to California after the launch of my second book. My hopes were to get a fresh start and expand my brand here on the West Coast. Whew chile, I clearly had no idea what would await me when I got here. I left Michigan with a very positive mindset and knew that my ambition would carry me but even the most driven will be tested. I moved to San Diego at the end of April 2017, so I’ve been here two years now. I moved here jobless because I had been working for myself the entire first quarter of 2017, a decision I made at the time because I wanted to focus on successfully launching my book. So, I became a full-time entrepreneur and drove with Lyft to supplement my income. Upon arriving at San Diego, I was able to land a job in two weeks but that job was not enough to cover my bills that I came with so from there things went downhill and within my first year of living in San Diego, I had lost everything that I had worked so hard to build.

Be careful what you wish for because I literally had to start over from scratch and acquired more debt than I’ve ever seen in my life. I fell into the depression on and off the second half of 2017 and many times considered just packing up what I had left and going back home. After, being in San Diego for one year, things seemed to be looking up. I had landed a contract job that paid more, I started dating my now fiance’ and was even able to purchase a car after not having one for four months. I told myself, “if things don’t turn around by the time my contract is up, I’m for sure moving back to Detroit.” Unfortunately, since being here although my depression had disappeared, I soon developed on-going anxiety and occasionally suffered from panic attacks. This has made me such a mental health advocate and I’ve even blogged about it, have been featured on podcasts and spoke at a speaking engagement about it to help raise awareness.

Mid 2018, I was offered a permanent position with the company I was contracted through and I was ecstatic. This meant that I could finally start re-building or so I thought. In the middle of me filling out paperwork, the offer was revoked. This has never happened to me before so I took it very hard for about two weeks. I was offered a contract extension instead of just two extra months. Despite the deal that I made with myself regarding going home, I decided to keep trying. I soon found permanent placement with the company that I currently work for and have had a lot of success in the short time that I’ve been there. In the meantime, I was able to get back into coaching and consulting and the second half of 2018, was able to secure some clients on retainer that wanted me to coach them through writing their first book. This was exciting for me as it seemed that I was finally able to get back to basics.

2019 has already been a roller-coaster of a ride for me. January 27, I got engaged to my soul mate but on the very same day, I lost my cousin who I grew up very close to. I am still dealing with this while trying to wedding plan, bask in engagement glory and push out two more book projects.

My next book launching on June 7, 2o19, is an anthology called Living a Non-negotiable Lifestyle. I was approached about the opportunity late January by a former consultant that I worked with who was putting together the stories of various businessmen and women in this anthology on success. She thought I’d be a good fit and I thought so too.

Following that, later this year, I’ll be releasing my fourth book Trainwreck 2 Transactions: My Proven 5-Step Formula for Effective Story-telling that Converts. This book is for anyone that has a story (which is pretty much everyone) but doesn’t know how to market themselves.

We’re always bombarded by how great it is to pursue your passion, etc. – but we’ve spoken with enough people to know that it’s not always easy. Overall, would you say things have been easy for you?
I’ve lost everything. I came here with a car filled with the belongings that I had left over after selling everything else in Michigan. I shipped my car and flew in with my cat. I had to give my cat up, sell more things when I got here and my car was repossessed in late 2017 so I had to walk, catch the bus, take the trolley and Uber/Lyft as my budget allowed, to get around. It didn’t matter if it was pouring down raining, I had to do what I had to do. I had one friend that I met upon getting here, that offered for me to use her company car but I declined because I didn’t want to get anyone in trouble. I walked to and from the grocery store, carrying groceries. I took rides from complete strangers when I was too tired to carry groceries up a hill. Anything could have happened to me but God covered me. This experience has really tested my faith and has completely changed me as a person. It gets frustrating at times, but I believe that it’s preparing me for something greater.

Has luck played a meaningful role in your life and business?
I’m not really a superstitious person so I don’t believe in “luck”. I believe everything happens for a reason and every single thing that happens is necessary to prepare you for the next event. I do however believe in good and bad vibes. I identify as Christian and now currently go to church every Sunday,now that I’ve found a Church Home in Rock Church City Heights but I absolutely believe in the Law of Attraction. For every setback, I’ve equally had great things come to me. In fact, I’m blessed quite often. I think everything in this world has a balance. I think you are what you think about and what you dwell on, you’ll keep attracting. Being present and having faith in your situation is so huge. This is the only way that you’ll come out of what you’re going through. 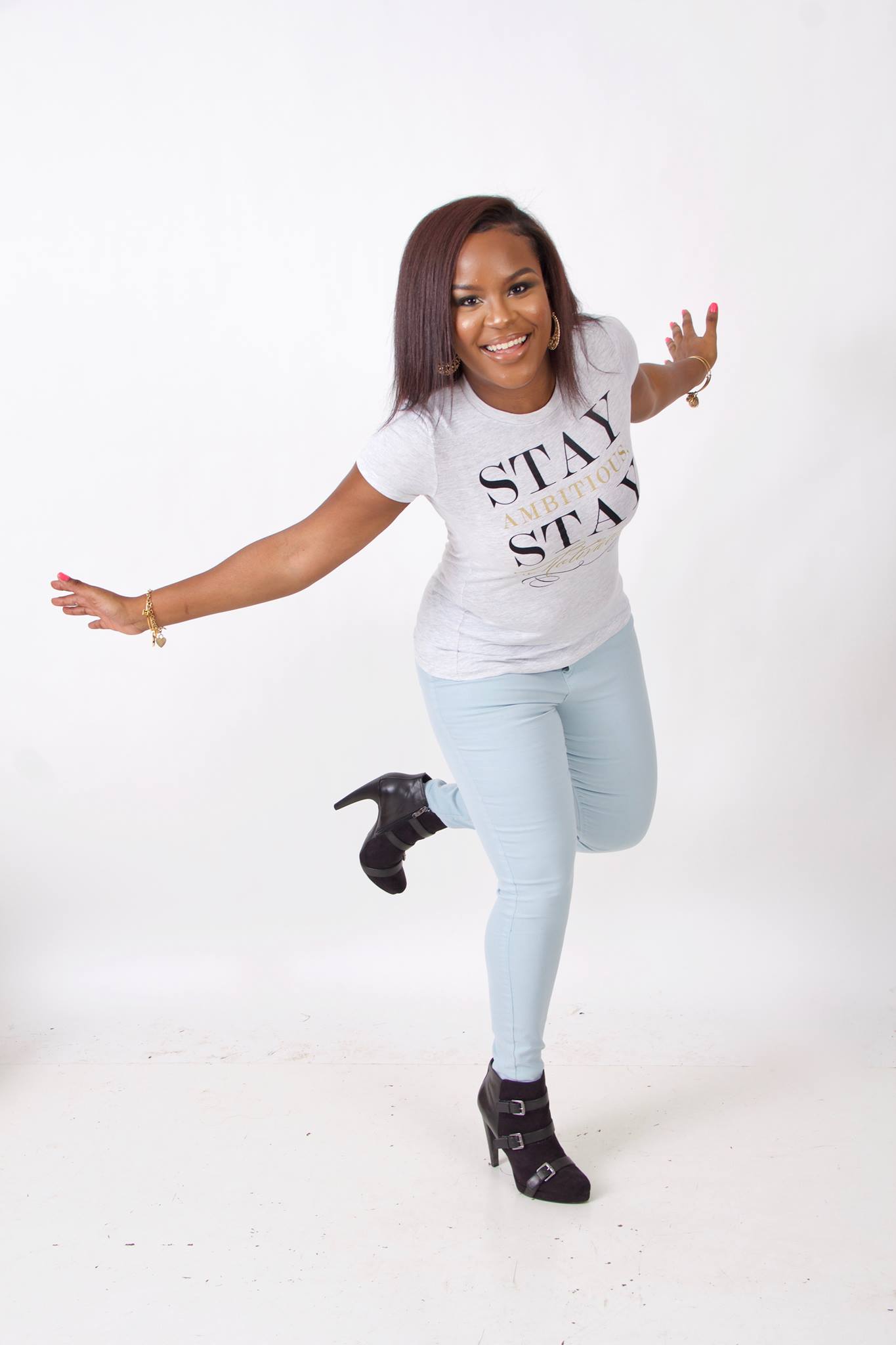