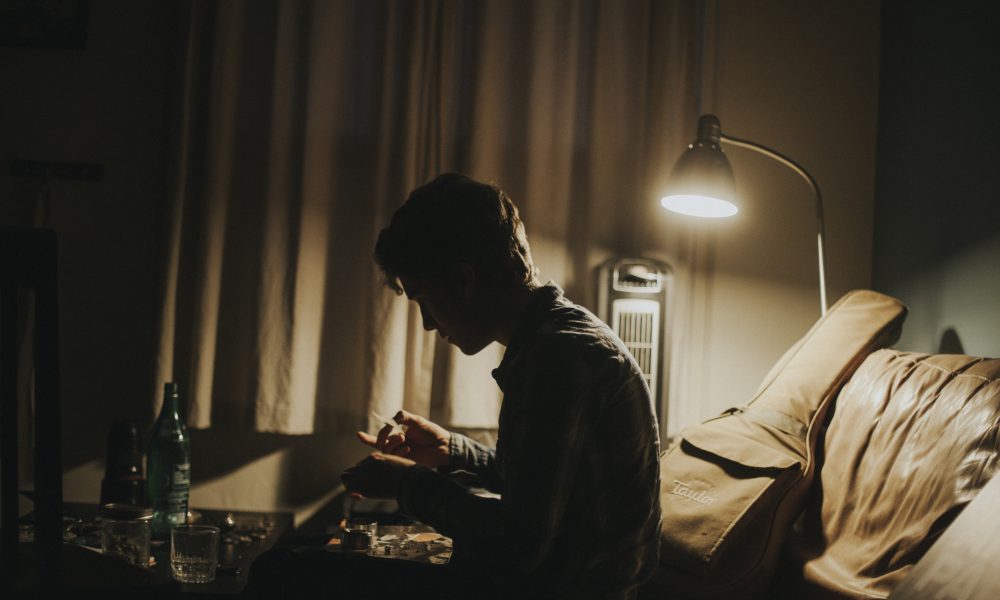 Today we’d like to introduce you to Nick Crook.

Nick, let’s start with your story. We’d love to hear how you got started and how the journey has been so far.
I grew up on the southern edge of a little town called Burleson, TX, which is located just outside Ft. Worth. Growing up, my dad would play guitar and sing around the house for fun – playing old records by The Beatles (my favorite band) and other hit bands and songs from the 50’s & 60’s.

I’d spend nearly every weekend on my grandparent’s farm in the deep country, in an unofficially named area called “Goatneck” by the locals. It was there that I’d roam the plains with my grandfather and our dog, as well as devour as much as my grandma’s home cooking as I could. Those times as a kid in small-town Texas heavily influenced who I am today, both as a songwriter and a person in general.

I’ve always noticed Texans seem to have some natural affinity for listening to and telling stories – bullshit or otherwise. Around the time I was 12, my mom found a job on the island of O’ahu, Hawai’i, so we ended up moving there for 4 or 5 years. We lived on the gorgeous North Shore, in the rural town of Waialua. It was at this same age that I had picked up the guitar, although I didn’t really have any serious motives with it at the time besides to try to help me get girls.

I wouldn’t say that worked particularly well for me, but I liked it a lot, so I kept going. I started my first band, “The Seducers” (thanks for the name, Dad) at the age of 16, which pressured me into singing and writing my own songs. We were pretty terrible, and for most of the band’s life, we didn’t even have a drummer – just me on vocals and rhythm guitar, with another guitarist and bassist.

By the time of The Seducers’ breakup (you may remember the international headlines regarding the matter), I was long-hooked on writing songs. I hopped in the studio around that time and cut a couple EP’s, and got my first taste of recording. I knew wherever I ended up after high school, I needed to be somewhere where I could focus on this music thing in one way or another.

After finishing my junior year, I moved back home to Burleson for a quick stint to finish up high school. Where I recorded some more and figured out my next move. I had some family out here in San Diego and had an offer on a place to live by myself for a decent price, so I figured “hell, why not?” and moved a month or two after graduating in 2013, ingratiating myself into the music scene as quickly as I could and playing anywhere that would let me.

I remember naively thinking I was pretty hot shit at this time, just to be given a serious reality check about as quick as I could open my big mouth. It was my first time being around so many people who were doing the same thing as me – and often times doing it much better. I couldn’t believe I was making friends with so many other songwriters!

I was too young to get into bars at this point, only 18 or 19, so I would go down to Lestats West off of Adams nearly every night to see who was playing. It was through this that I’d meet some of my closest friends and learn a lot about performing, writing, and supporting the local scene. I cut an EP called “Soul.” In 2014, and through the years kept hammering away, playing wherever I could – sometimes with some really cool results.

I’ve gotten to open for Steve Miller Band and jam with Nancy Wilson from Heart, and they were both as cool as can be. I’ve also gotten to open for acts such as Frankie Ballard and Jordan Davis, and even for Amy Schumer at the Valley View Casino Center, playing for the bar patrons who were getting appropriately sloshed before the show. I’ve performed several times at the Del Mar Fair Singer/Songwriter contest and took 2nd place one year for that. It’s been a hell of a lot of fun.

Now, 23 years old, I released my debut full-length album “Sunday Drive” in January 2018, and went on my first tour in support of it just a few weeks after it’s release. Nowadays, I’ve been working on getting that record out to as many people as I can and playing more full-band shows after years of playing solo.

We’re always bombarded by how great it is to pursue your passion, etc. – but we’ve spoken with enough people to know that it’s not always easy. Overall, would you say things have been easy for you?
For me, it’s been pretty smooth. I’m lucky to be surrounded by supportive parents and friends, many of which have been there for me every step of the way. Of course, not everyone in my life (family or otherwise) have been supportive, but you get pretty good at ignoring naysayers in this job. Some folks just don’t get it. Nearly every musician knows the financial struggle in some way or another.

I’m the first person to tell people that if they’re looking for money, this is the wrong industry to be in. You have to love it – all of it. At the beginning of 2017, I was looking at starting the pre-production process for my record “Sunday Drive.” That means getting everything as organized and in order as possible before hitting the studio. Budgeting, getting your musicians, all that stuff. Well, making a real-deal full production album is expensive as hell.

Even more than I thought it was gonna be, and I was getting pretty good deals on a lot of things. I play gigs at bars, restaurants, hotels, etc. for a living, and it just so happened at this time that I was barely getting any work. Relatively speaking, I was broke as hell. I had just sat down with my producer Masen Larsen, and we were figuring all the budgeting it out – and as you get deeper in the process, you start to realize the big picture of EVERYTHING you need to pay for. It was pretty daunting, and I didn’t have even close to kind of enough money.

For the first time in years, I had to start looking for a “real job” – meaning anything I could get. I started off being selective and looking at things related to my interests (mainly dogs and booze), but by the end of it, I was applying to just about any place. I don’t have a degree or a lot of work experience outside of being self-employed through music, and I couldn’t even get an interview at Petsmart. It was looking pretty bleak.

Right at that time, an agency called “The Acoustic Spot” that books gigs here in town picked me up and quite literally saved my ass, along with the folks over at the app “Gigtown.” I took all the gigs I could and threw all that money into a savings account to pay for the album (and sometimes food). I owe them all a lot for that – without them, the album wouldn’t exist.

We’d love to hear more about what you do.
First and most importantly, I write songs. That is who I am, and who I always will be.

Unfortunately, I’m not quite in the position to make a living off of those songs, so I play gigs all around town to pay the bills. You can find me playing across San Diego, whether it be at a bar, hotel, restaurant, a party… hell, I’ve played in grocery stores. As far as I’m told, I’m known for the passion and energy I put into my performances and my songs. I just try to get up on stage and give it everything I’ve got. I feel like if there ain’t no soul in there, you might as well stay home.

I think that energy, as well as my songs, set me apart. Living in places as polar opposite as Texas and Hawai’i, as well as a sort of middle ground like San Diego, it’s given me a lot of perspectives and a lot of different musical influences. I think a lot of that transfers into the songs, helps them be a little more approachable to folks from different walks of life.

What were you like growing up?
Besides getting in trouble for my hair length as a kid (Texas public schools can be a little strict where I’m from) I was pretty “goody-two-shoes” until probably around sophomore year of high school, when I started getting into music really deep and started partying with the “bad kids” at that same time. In actuality, a lot of these folks weren’t “bad” at all – just the normal high school kid stuff like drinkin’ and smokin’ some pot. I never liked school, so once I got to writing songs seriously around 16 years old, it was pretty much all over for me.

In Hawai’i, I’d bring my guitar to school and hang out in the band room because sometimes I could get an equipment closet to myself and work on songs in there. I had a crappy little plastic bong I’d go sneak to go smoke out of in my car during lunch. I just didn’t care anymore – there was no academic future for me as far as I was concerned. I made good grades but put in as little effort into school as possible.

When I moved home to Texas for senior year of high school, my parents were a bit concerned that I’d be getting in trouble. They figured I was smart enough not to get into real hot water (although I’ll admit, I came close a few times), but they also knew that Texas was, in many regards, a much stricter place than Hawai’i was and that I wasn’t always great at taking certain authority too seriously.

By this time, I was well-entrenched in my views of who I was and who I was becoming, and what was important to me. It was pretty great, I showed up at this new school filled with tons of people I grew up with, as well as plenty more folks I didn’t. It was like all the good parts of being a new kid without any of the bad – these folks didn’t see my really awkward self-discovery high school years that most people have to carry with them through their tenure.

I wasn’t doing anything particularly bad – still just running around partying with friends on weekends and stuff but in a place like that those things are a much bigger deal. The cops often don’t have too much to do in a town like that, so many of them have a real eye out for troublemakers. I have some really good stories from those times, but for now, I’ll just say I had a lot of fun. 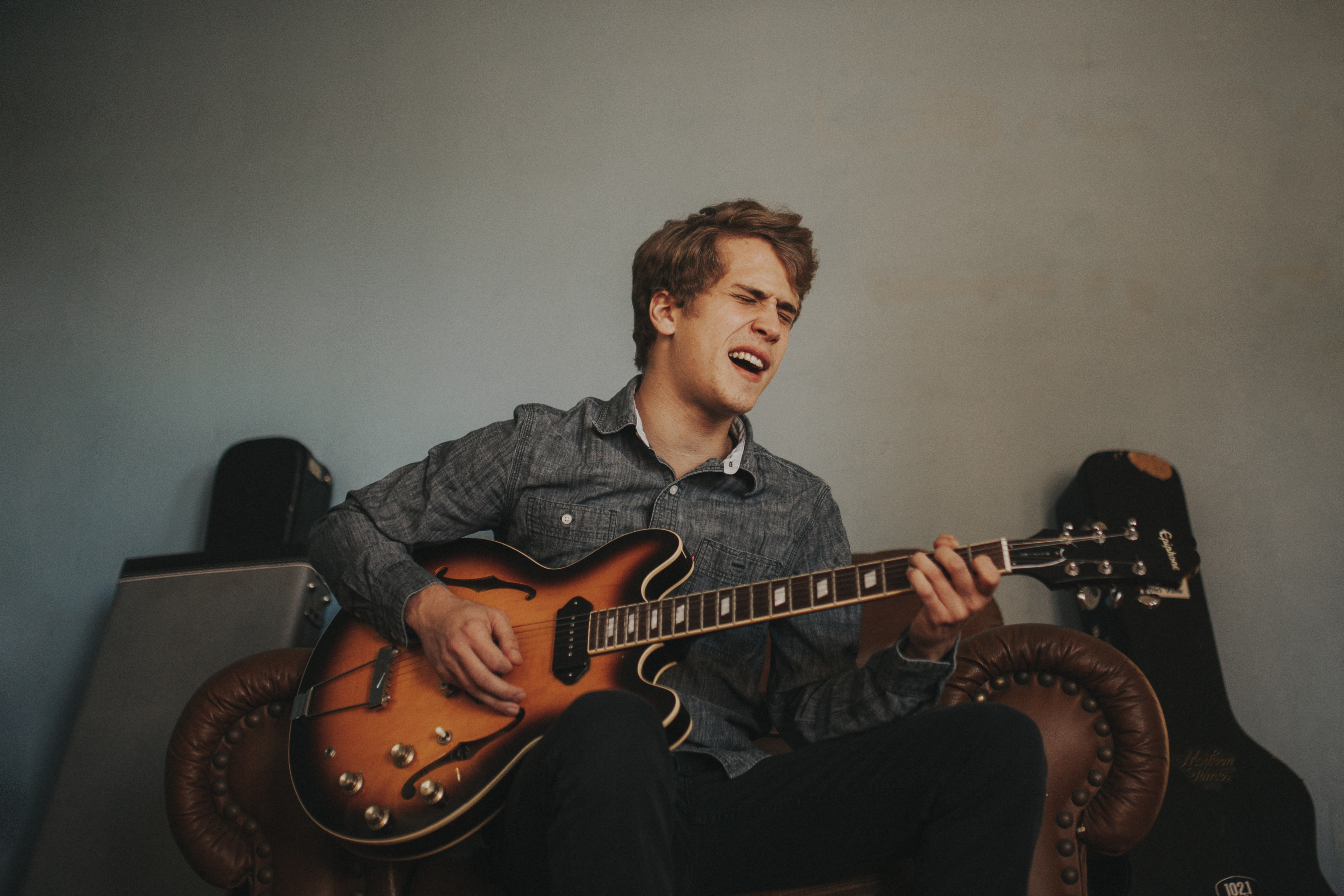 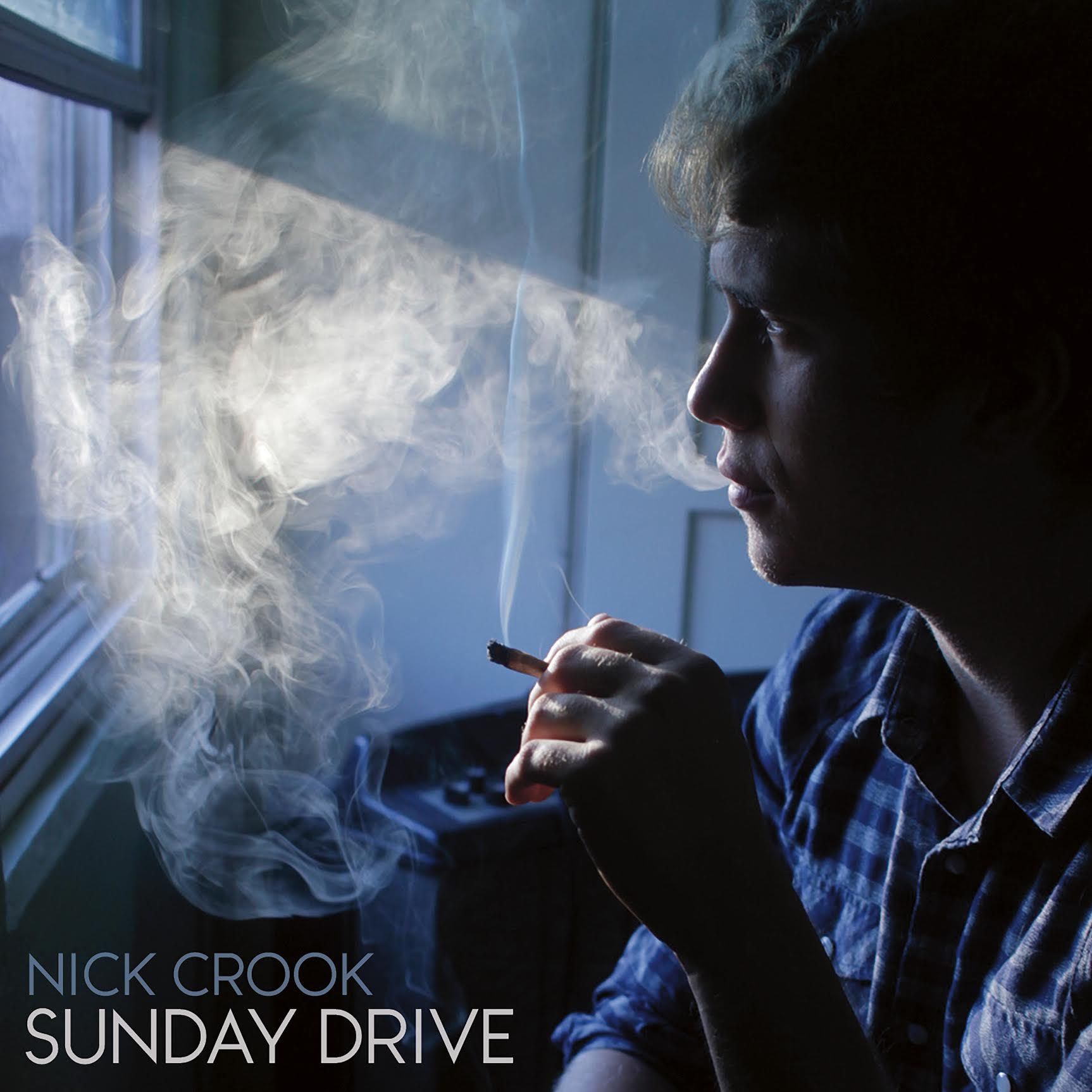 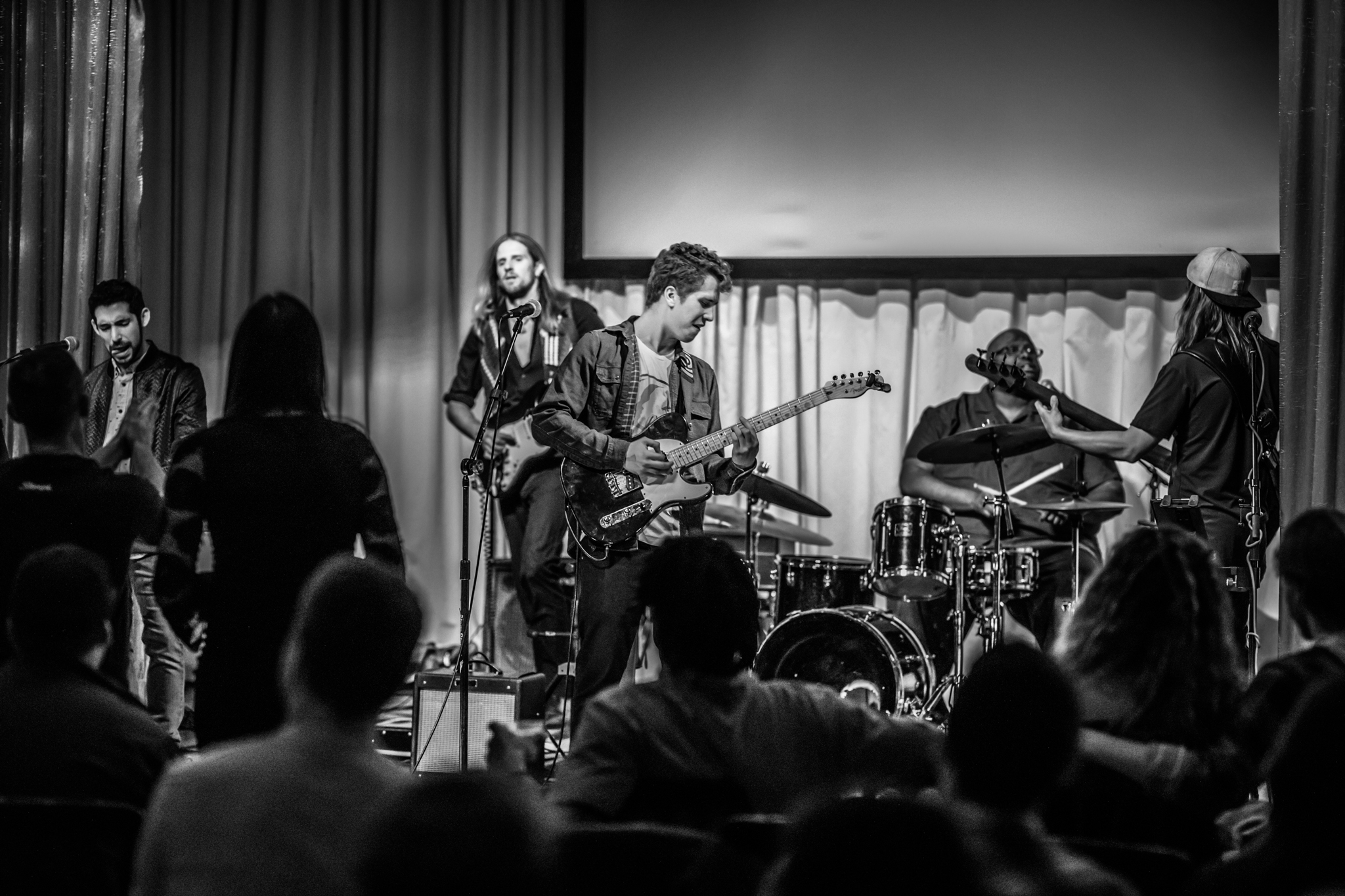 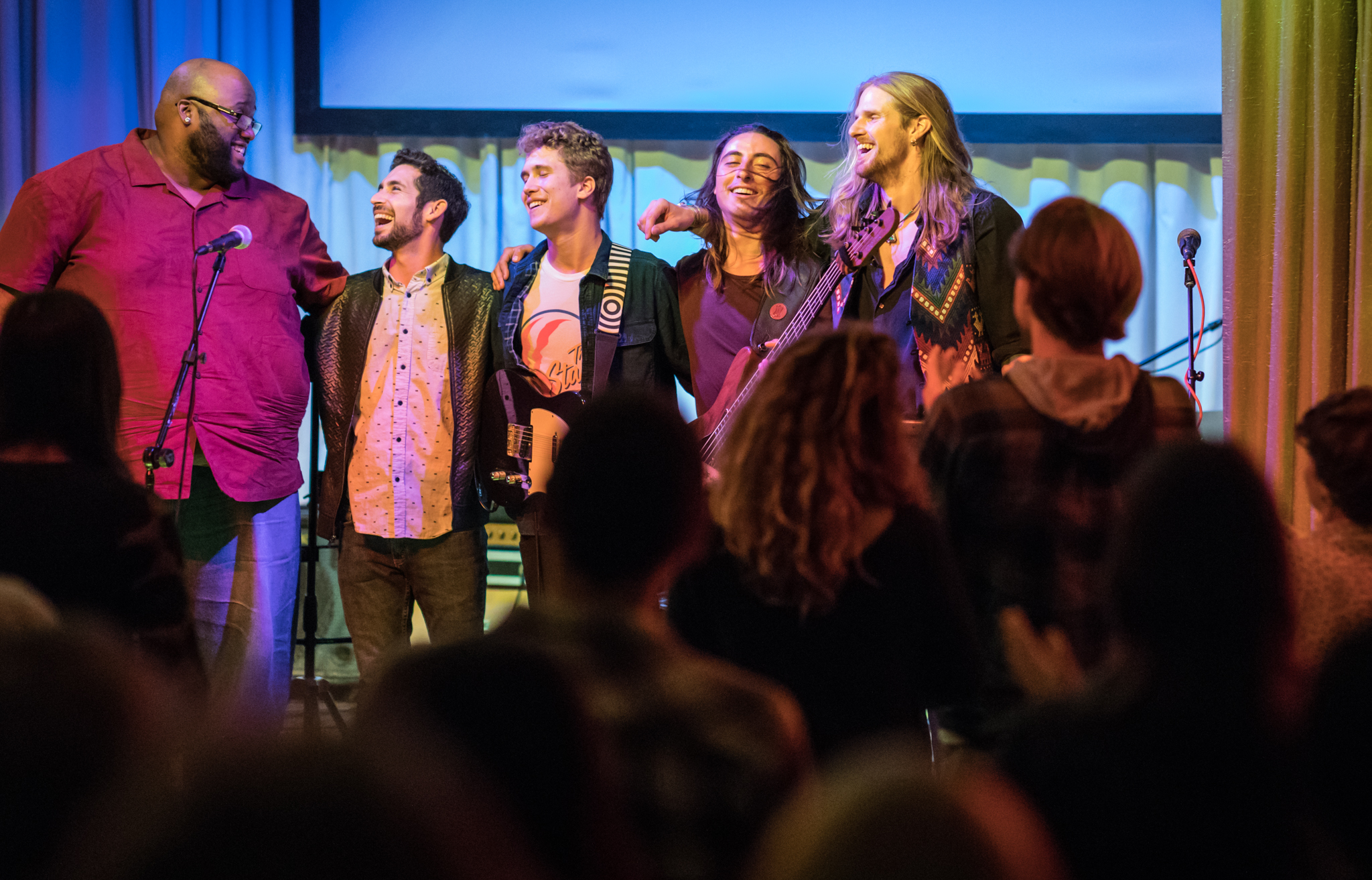 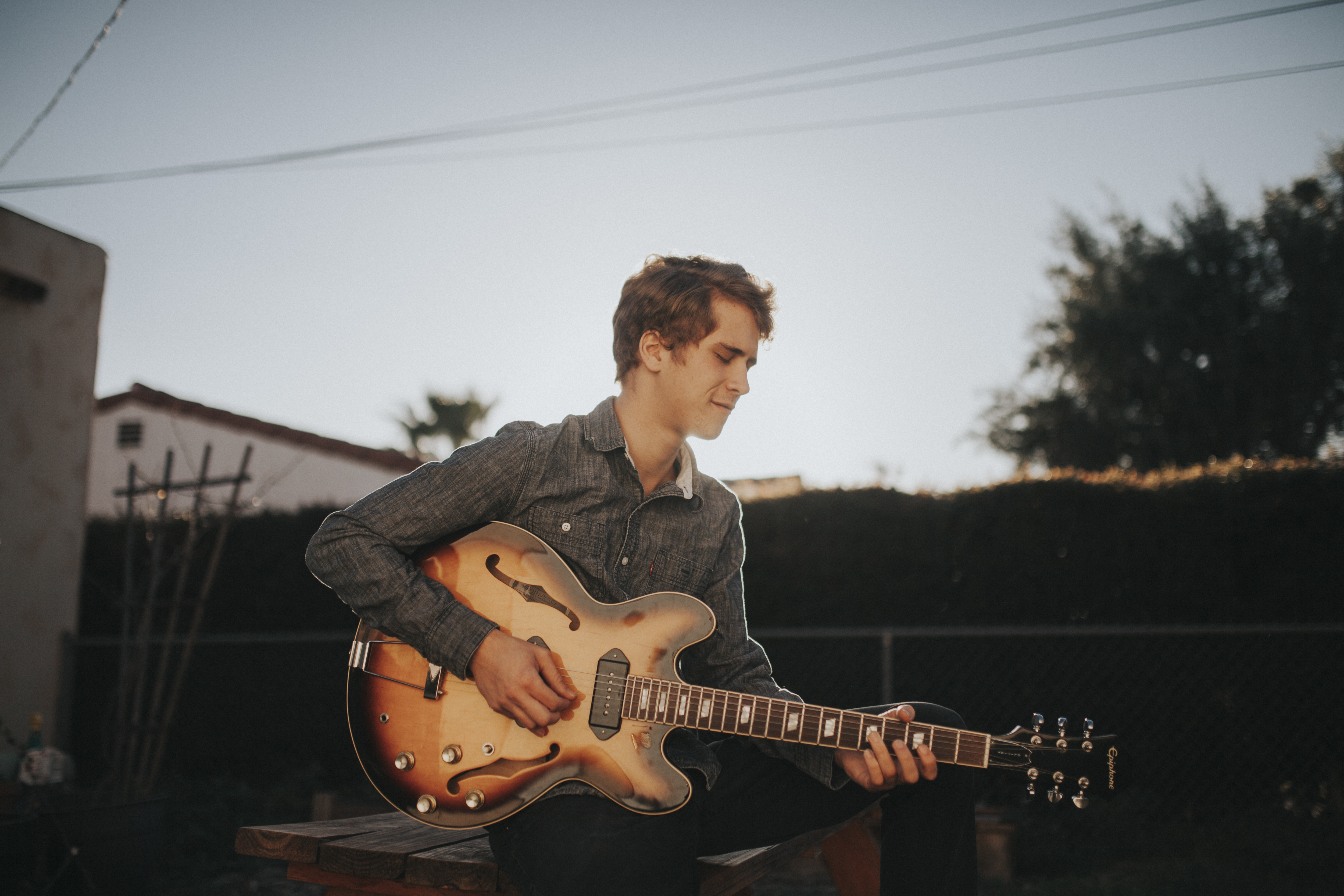 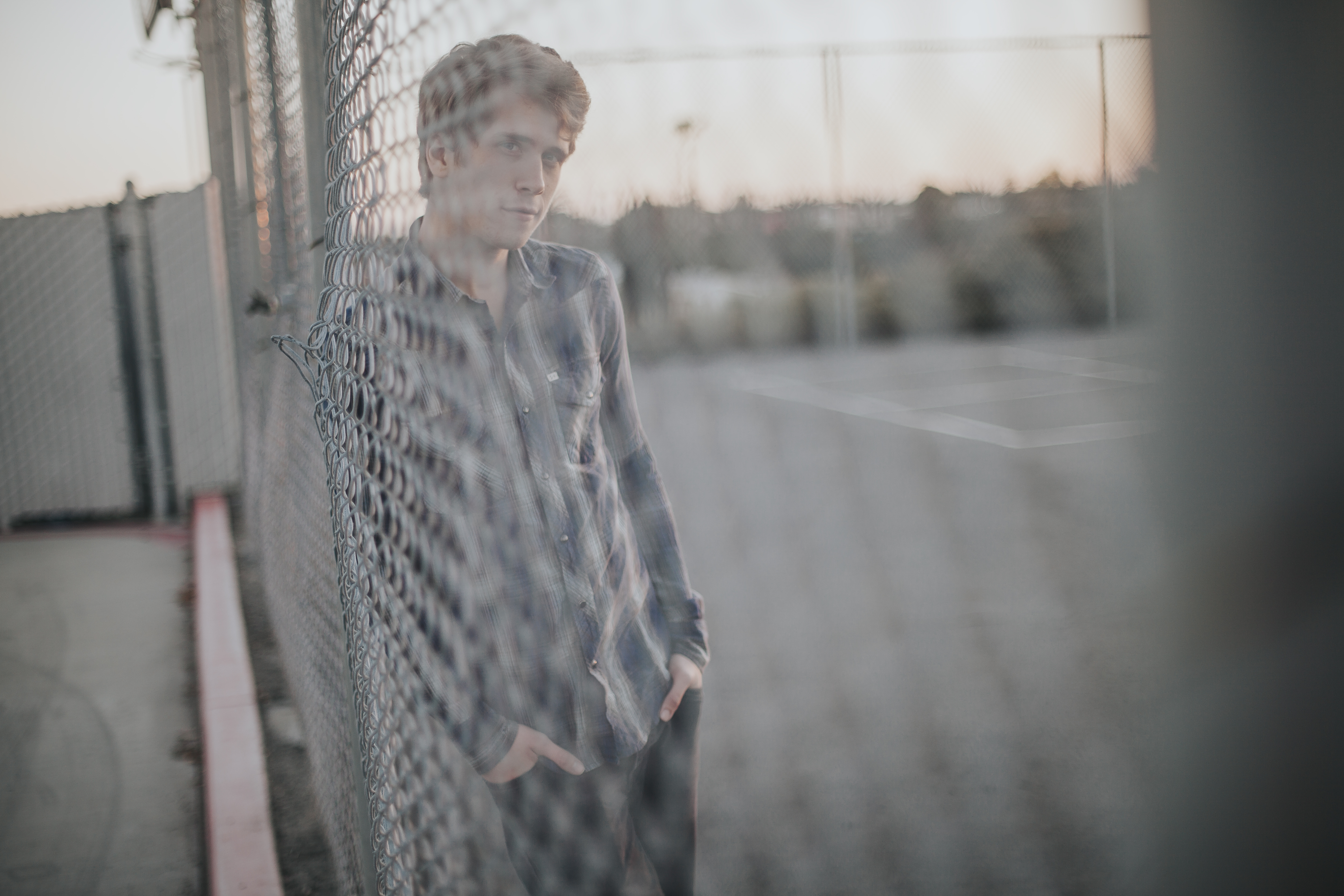