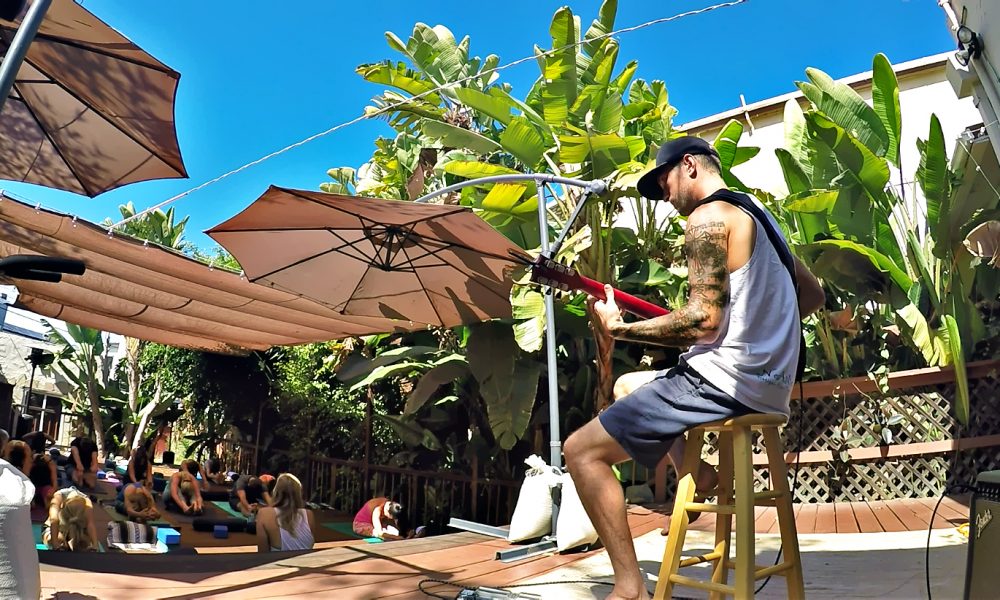 Today we’d like to introduce you to Nick Melesko.

So, before we jump into specific questions about the business, why don’t you give us some details about you and your story.
Playing my guitar and other musical instruments today has been a long time in the making. I started playing instruments back in 3-4th grade, mainly the violin, just as a school activity but seemed to have an ear for sounds and tones. From violin, I switched to trumpet for a few years and after getting braces which made trumpet playing no longer enjoyable but still being involved in a high school band, I did a handful of percussion instruments – drums, xylophone, cymbals, etc. Now, since 6th grade, since electric guitar wasn’t a band instrument, I was practicing after school on my own, with guitar club, and eventually with peers, being in and out of all those fun high school bands. We did everything from rock, ambient, and eventually stuck with heavy metal. Playing with other people had trailed off when I moved to San Diego 5 years ago and because of that, I started working on my own music, my own sound and eventually go more into the calmer side of music. That’s my other half – from heavy metal all the way to the most peaceful sounds a guitar can make.

The relaxing side of me enjoys the ambient, slow, meditative sounds that a peaceful acoustic guitar can bring. This may have come from listening to groups like Pink Floyd growing up, or listening to newer bands like Tycho or L 10 11. Over the past few years, I have been working with local yoga instructors and wellness event coordinators to bring that sound to their classes and retreats. By playing music that has a rhythm but can get complex and deep at times, gives listeners the ability to have a sound that should hopefully accompany their meditative state. I currently play at Riffs Studios every Thursday, have recently played a few over-night retreats and will be working with a retreat this summer on the beaches of Costa Rica – bringing my music to other countries to not only help the guests with their yoga flow and meditation, but also to help me expand my sound with the influences of other cultures and people.

Overall, has it been relatively smooth? If not, what were some of the struggles along the way?
Working with myself, to be honest has been fairly easy in terms of the technical parts – I work as hard as I have to to be successful, since I’m not with a whole band, for example. The hardest part would also be that exact same thing, working for/with myself because only I can push myself to learn new music, new styles and expand my sound to make and keep the listeners interested. Carving out a unique style in a world of thousands upon thousands of musicians has been the largest challenge thus far.

Alright – so let’s talk business. Tell us about Nick Melesko – what should we know?
As someone that does meditation, stretching (deep stretching like Yin Yoga), and practicing relaxation and self-care, the music that I write is something that I feel I would want to listen to while I do those things. While I’m playing or writing music, if it isn’t something that I feel the listener would want to utilize as a sound-tool to expand their self-care, then usually I will scrap the idea or fix it to make it so. I think that is something that separates me form other people that perform for events or classes, as I have heard many times they play cover songs note for note, which is fine if that works for them to each their own, but by having a sound that follows the dynamic of a yoga class (gets faster and louder during movement, or slower and more patterned during deep-meditative holds) the person’s experience could almost feel more whole – their movement flows with the sounds, which flows with their thoughts, which matches with the teacher’s flow and the overall outcome is, hopefully, a more relaxed, peaceful mind-state to navigate the chaos that can be “normal” life. That’s what my goal is and if it’s achieved after a class, then that would be what I am most proud of.

Any shoutouts? Who else deserves credit in this story – who has played a meaningful role?
There’s a handful – from the start, it would be my cousin that plays bass, who convinced my dad to get me a guitar, and then, of course, my parents for continuing to help me purchase musical gear when I was younger and bring me to practice/events. My parents throughout all of this have put up with countless hours… days… years of hearing what most would consider ear piercing! Screeching of a violin, blaring away on a trumpet, I’m sure they wished, I played the peaceful tunes that I do now back in high school rather than hardcore metal. But my peers in the music scene through school, both high school, and college were always a big help, bouncing ideas off of and collaborating with. Out here in CA, my biggest supporter has been my wife, Sam Melesko, who has been nothing more than an advocate for me to find my own sound and keep creating. She comes to all the events I play and actually is the one that is now able to hire me through her company, Sam’s Organics, to play at her retreats. Our friend, Lauren Ursch, is a local yoga instructor that has been able to help me get into studios around the area and play with her classes which has been a huge help to continue to create new sounds. The metal group that I work with out here, although opposite in genre, have also shown support to me for this side of the music and come to yoga classes where I have been playing as well. 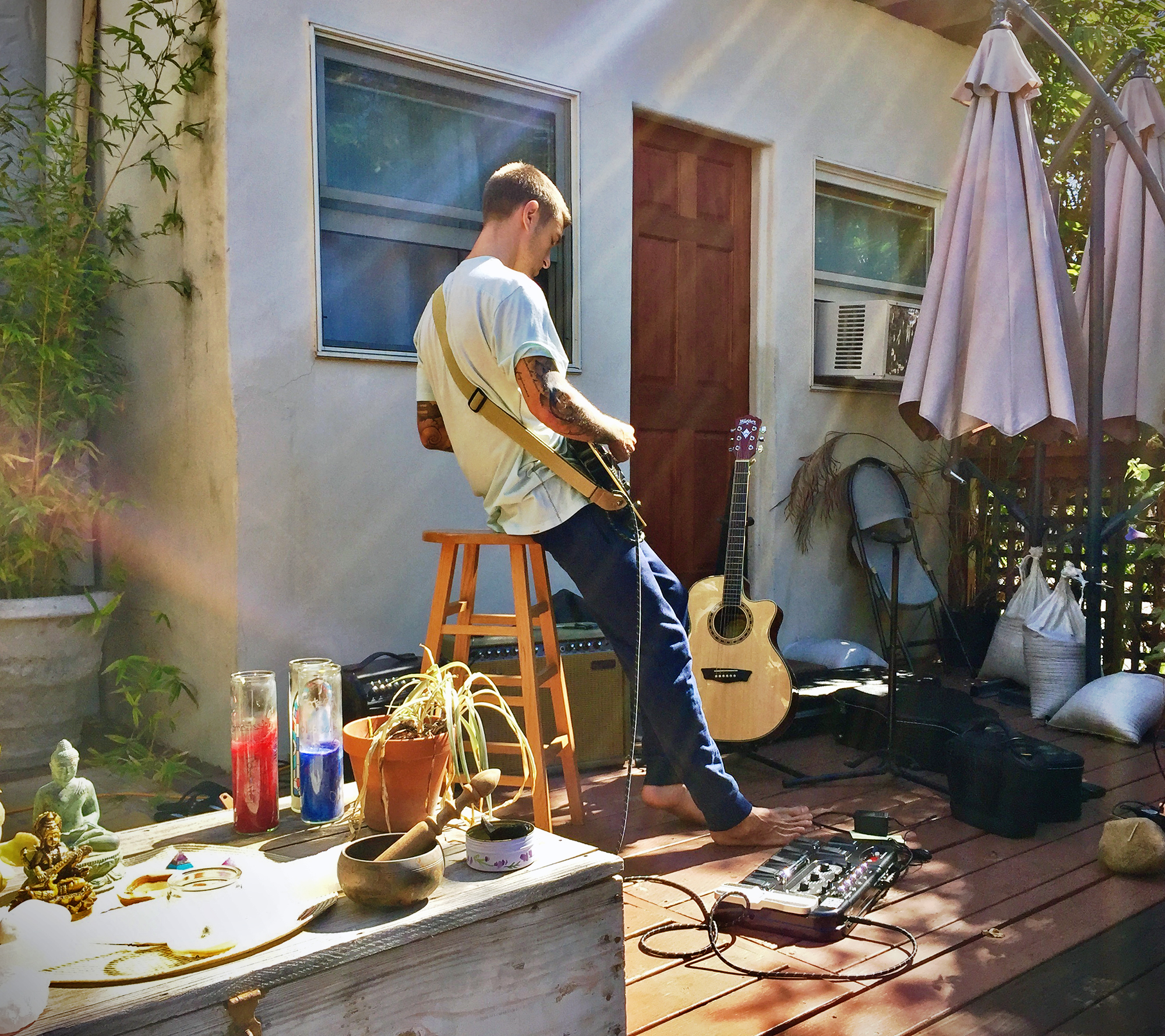 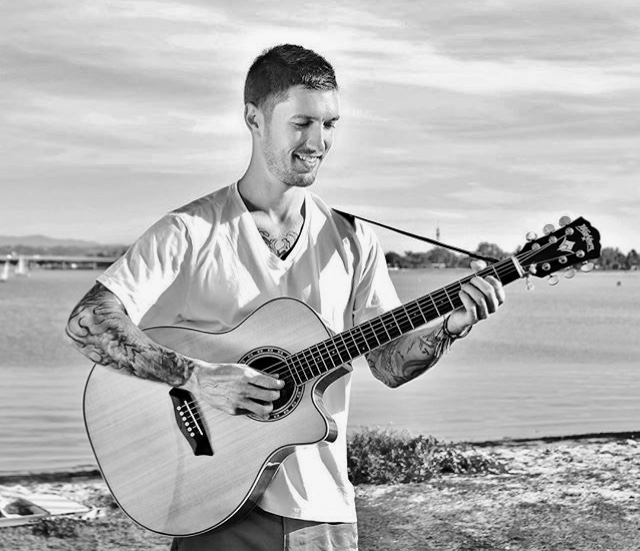 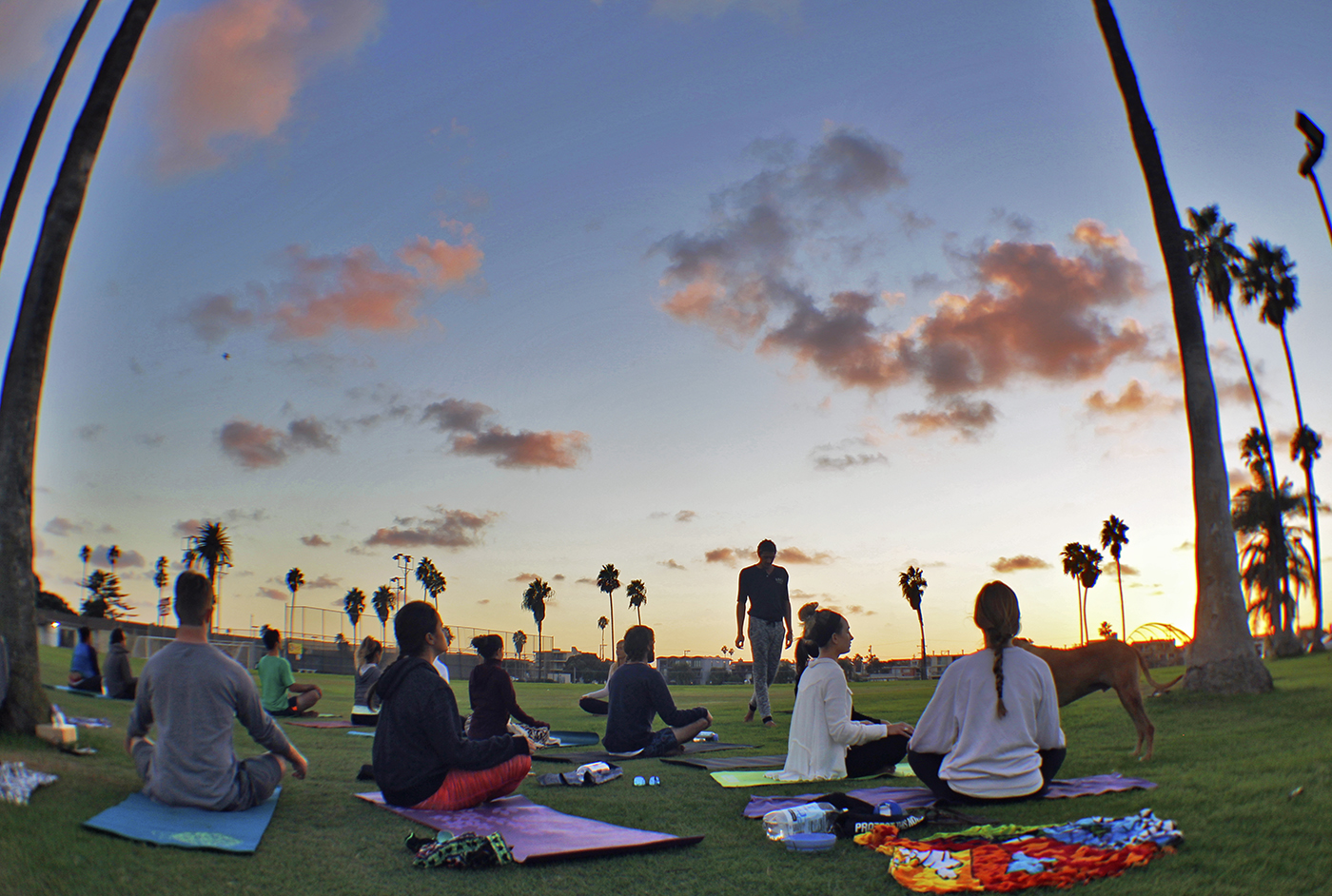 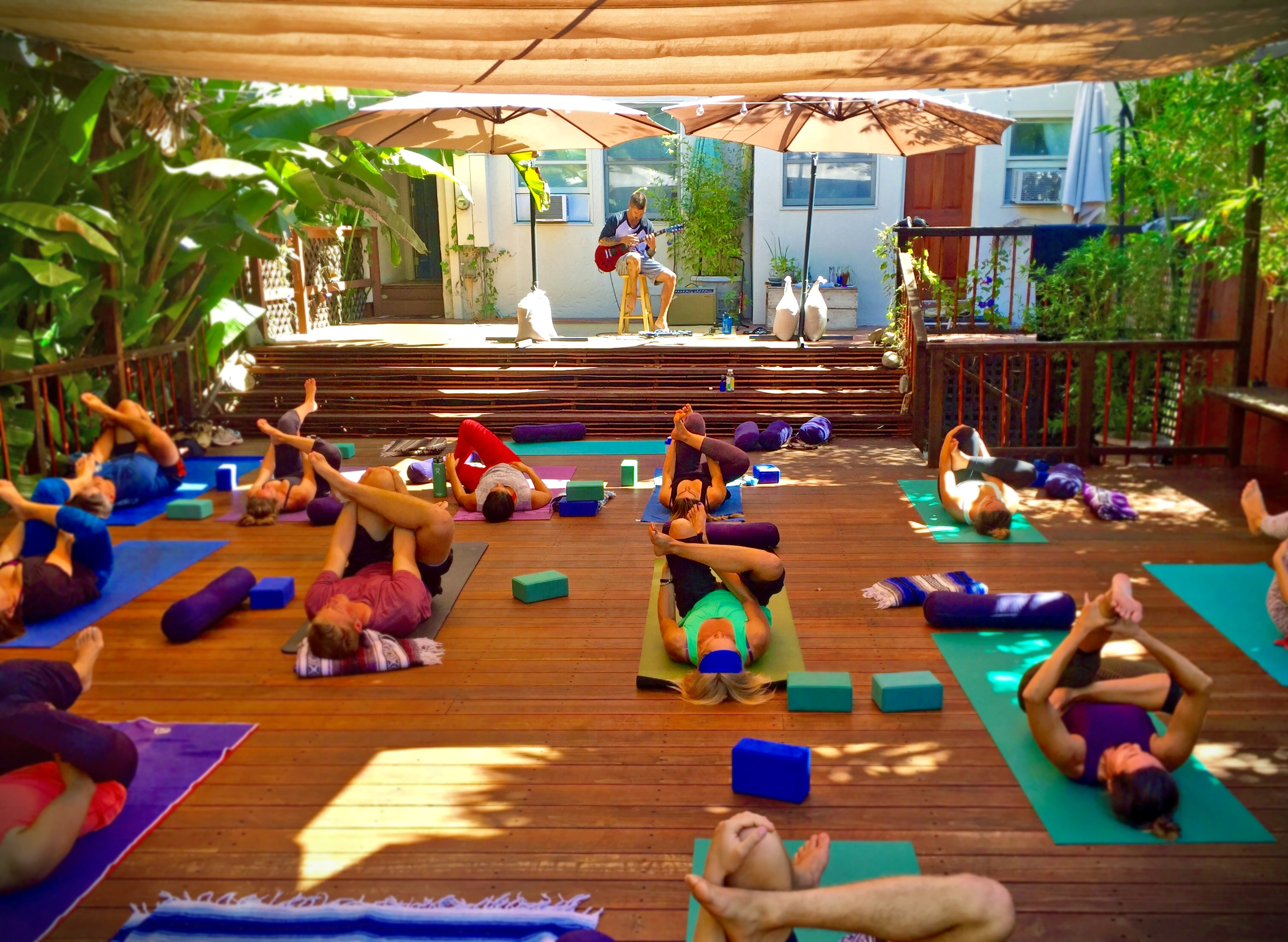 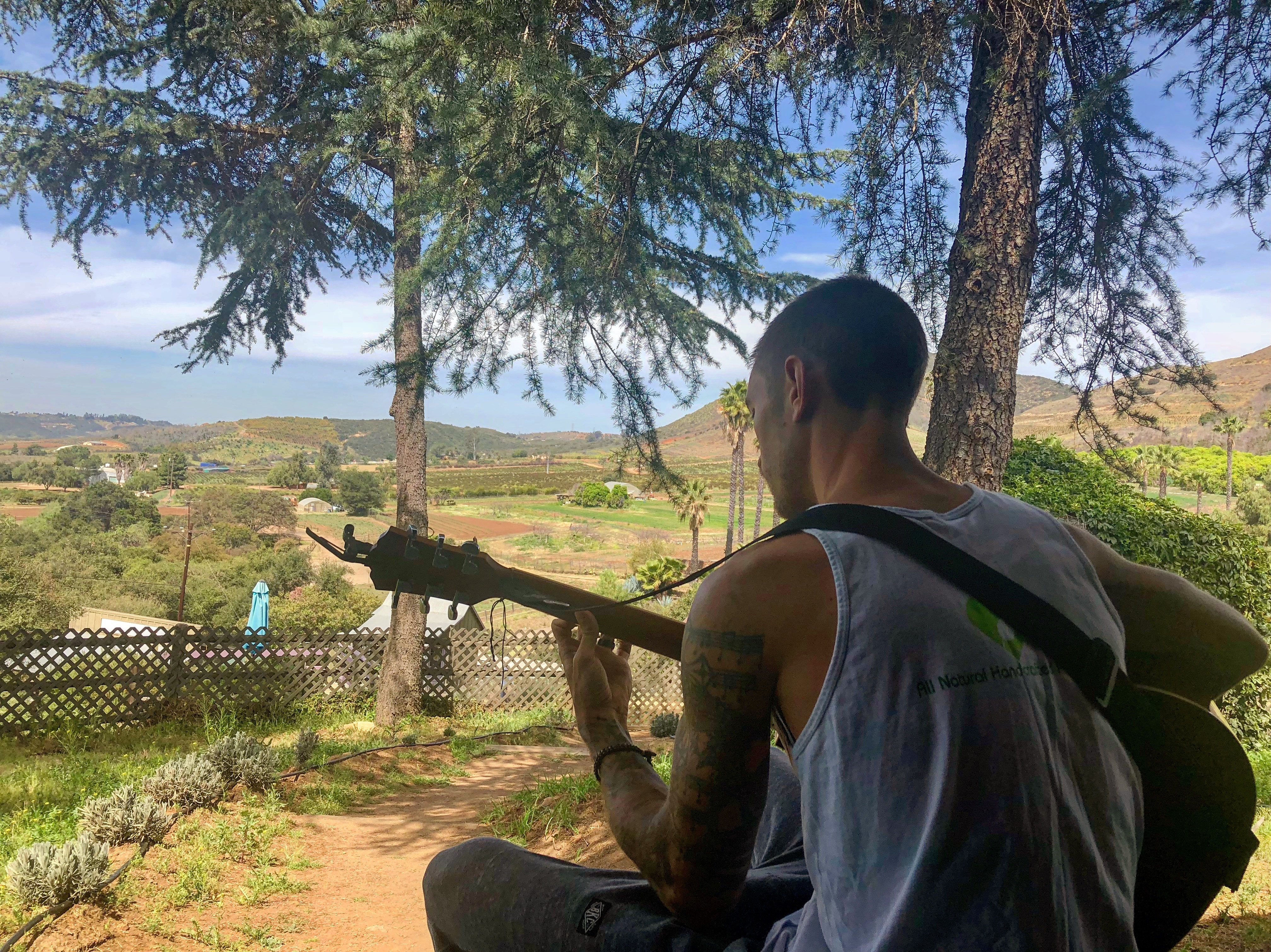