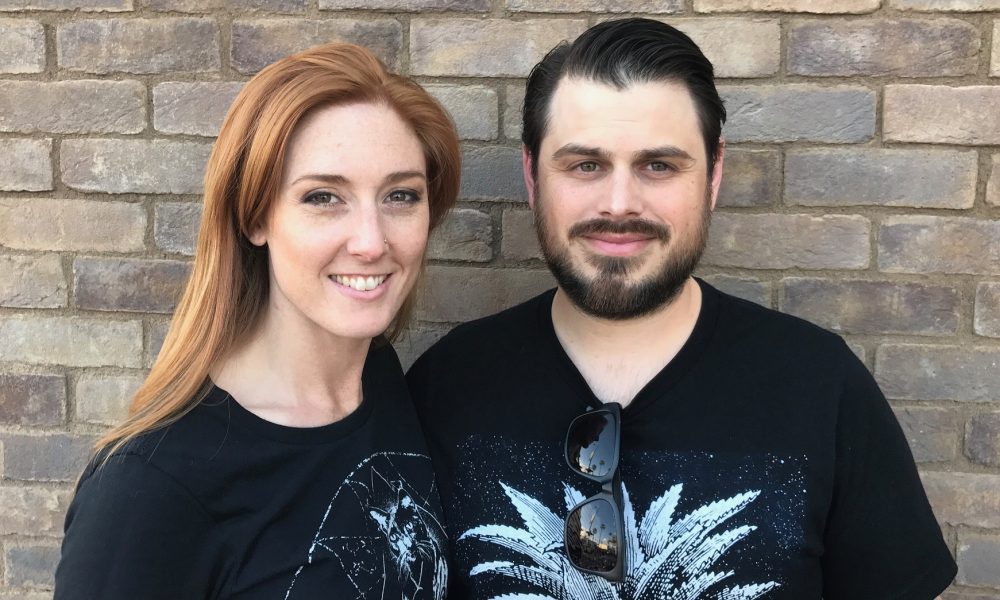 Today we’d like to introduce you to Nicole and Kevin Cantrell.

So, before we jump into specific questions about the business, why don’t you give us some details about you and your story.
I’ve had an affinity toward animals and their welfare for as long as I can remember. My earliest career goal was “to be an animal rescuer.” So, when I fully committed to a vegan lifestyle in 2009, I found a new sort of peace in my being that had always been disturbed. With this commitment, obviously, came a new way of eating, and though I found the culinary world opened up to all manner of wonderful vegetables and other plant-based foods that I never would have considered before, I found that there was a severe lack of good or even decent vegan desserts. Because I had no intention of giving up sweets, I had to figure it out for myself. I now fully understand the saying: “necessity is the mother of invention.”

I learned to bake at a young age using recipes passed down from my grandmother. The one that was a constant in our home was banana bread. It’s simple and seemingly insignificant, but it was the catalyst to the beginning of this company. I didn’t know it then, but the day I learned how to veganize and perfect her recipe was the beginning of Snopel’s. One recipe led to another and as I shared what I made with those around me I heard time and again “How is this vegan?”, “There’s no way, it’s too good to be vegan!”, “It can’t be vegan, it tastes normal ” and my favorite… “This is the best –insert dessert name here- that I’ve ever had.”

Because I come from a family of entrepreneurs, I never considered having to work for someone else until I graduated college and didn’t have a plan. Eventually, I got sick of feeling as though I was wasting away working jobs that didn’t support my life the way I needed them to, so with the support of my family I quit my job and dove head first into this little bakery. In the spring of 2012, Snopel’s was born and I had my work cut out for me, but it was mine and I knew that it was going to make a difference.

We (my husband, Kevin and I) set down the roots of this company not only with the intention of producing the finest desserts but also in giving back and supporting local animal rescue and welfare organizations. We have always and will continue to participate in charity bake sales and the donation of goods to events held by organizations that look out for animals. We “got our start” vending at little events held by two local small animal rescues: Orange County Cavy Haven, and Wee Companions and I’ll be forever grateful for the friendships we forged there and take great pride in this being the foundation on which our growth today stands. It’s my life’s work to bring good to the lives of others and this company affords me the opportunity to do so.

We’re always bombarded by how great it is to pursue your passion, etc – but we’ve spoken with enough people to know that it’s not always easy. Overall, would you say things have been easy for you?
Starting a business from the ground up is never going to be a smooth road. As I mentioned, I come from a family of entrepreneurs… so I’ve seen my father and my brother both go through the turbulence that comes with owning a business.

Initially, our biggest obstacle was finding an easily accessible and consistent venue where potential customers could buy individual items without having to purchase an entire dozen directly. After a period of participating in bake sales here and there, we eventually found our way into the wholesale side of things. We are extremely fortunate to have friends who own very successful restaurants in Oceanside (Shout out to Wrench and Rodent Seabastropub and the now-defunct Hill Street Café). Wholesale has since been the majority of our business until very recently, as we’ve begun to gain more direct customers through these restaurants, and referrals.

The nature of wholesale, however, disconnects us from our customers and leaves it up to others to really “sell” us. In my experience, people hear the word “vegan” and immediately dismiss a product as “less than,” and I understand why, it’s the reason Snopel’s exists. There was a time period where non-vegan patrons of the restaurants we work with had to be convinced to give us a chance. Now that we have more of a presence, and the stigma around the word vegan is being replaced with excitement as it becomes a mainstream “cuisine” people are less hesitant about ordering the vegan option.

As we grow, we face the challenge that is connecting on an individual level with people in a virtual space. We don’t have a brick and mortar storefront where this would happen naturally, so social media has been a tremendous tool, but also a challenge. We have the opportunity to engage relatively easily with anyone who wants to get to know us, and it’s been a whole new experience for me with a definite adjustment to my comfort level.

Before Snopel’s, I had very limited interaction with social media, and any participation was mostly passive, the goal is to stay up to date with people in my life. I’ve had to learn how to navigate creating content that resonates with not only our fans but truly with me as well. I believe integrity to oneself is absolute, and I strive to create an honest virtual representation of who we are, even when the allure of riding a trend to gain a wider audience and bigger numbers is there.

So, as you know, we’re impressed with Snopel’s Bakeshop – tell our readers more, for example what you’re most proud of as a company and what sets you apart from others.
Snopel’s is an all-vegan bakery specializing in dessert pastries. We’ve come to be known for our cakes because that’s what our retailers buy and sell, but the bakery started out with a much wider variety of treats such as brownies, cookies, and sweet breads. We’ve recently ramped up getting these out into the community and have had a tremendous response.

We are hoping to shift further this direction so our current customer base and future customers both see that we offer so much more than cakes and cupcakes. Kevin is a highly skilled chef, so his skill set has transformed what the bakery has to offer. What sets us apart is a general focus on sourcing only the best ingredients available such as premium extracts and high-grade flours. Because of our commitment to quality, our product may be the same as someone else’s but the result is significantly different. For example, many people consider vanilla a plain white cake with a little vanilla flavoring, but our vanilla bean cake stands easily on its own next to chocolate and other bolder flavors.

We pride ourselves on the level of quality and innovation we constantly pursue. As mentioned previously, we also take great pride in our involvement with animal rescue and giving back to the community. The company was founded with the intention to use it as a vehicle to help make a difference as much as it was to make a living. We believe that our desserts bring good to others whether because they brighten someone’s day, as dessert tends to do, or because their sale helps contribute to a good cause.

So, what’s next? Any big plans?
The ultimate goal is to open a brick and mortar storefront in the not too distant future. Ideally, I would love to create not only an outlet for our desserts but also a community space. The hope is to bring people together in different ways. That may mean having regulars that we see every morning for their coffee and a muffin, the friends that meet up at the same time each week, or the new faces that come in to participate in one of the many community events that we hope to have the space to offer.

Our favorite restaurants all feel like home as soon as we walk through the door, and I hope that we can create a space that does that for others. As far as the immediate future goes, we are excited that we have been invited to participate in multiple curated vegan festivals as vendors and will be pursuing makers and farmers markets in addition to adding more retail outlets in the San Diego area. 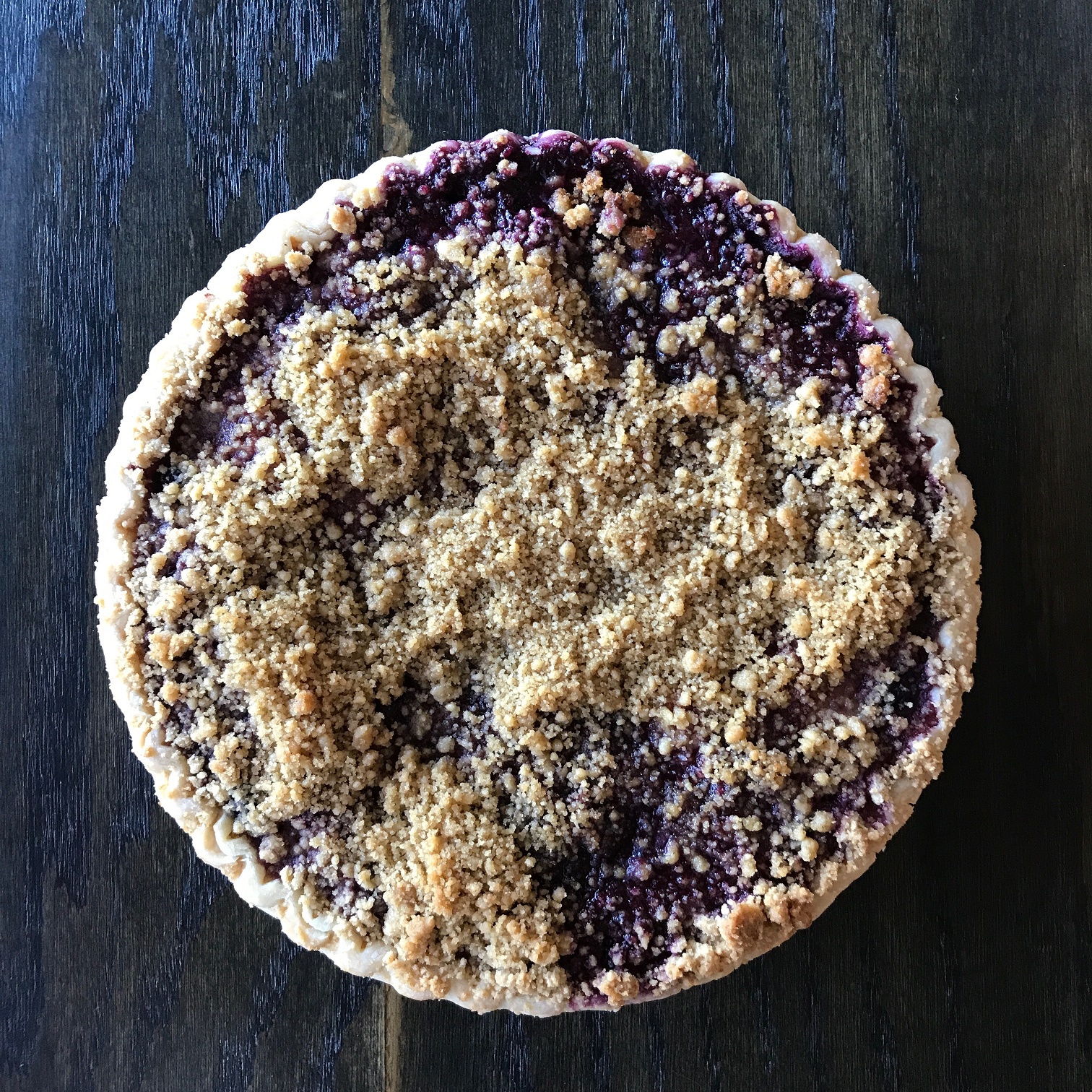 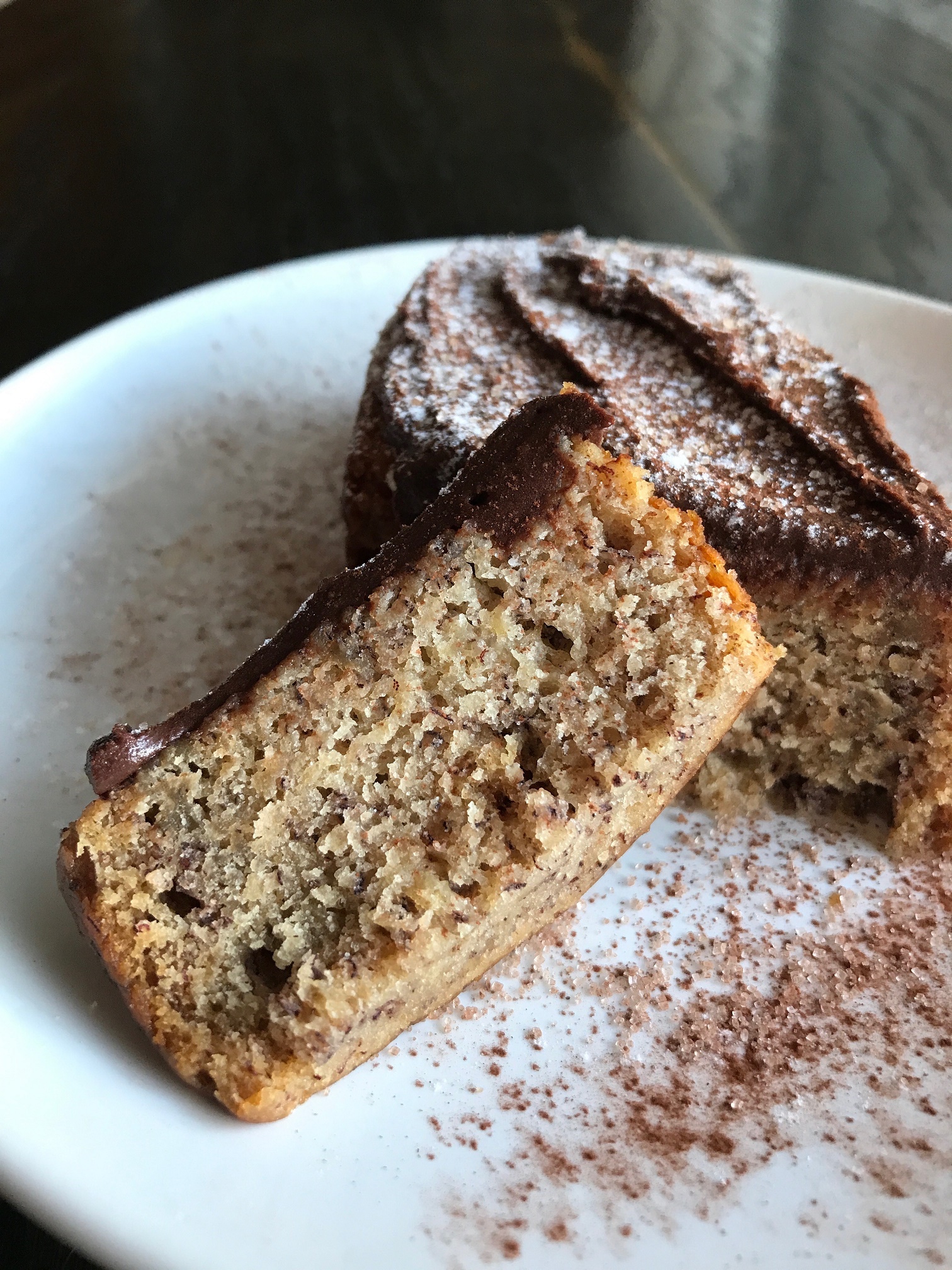 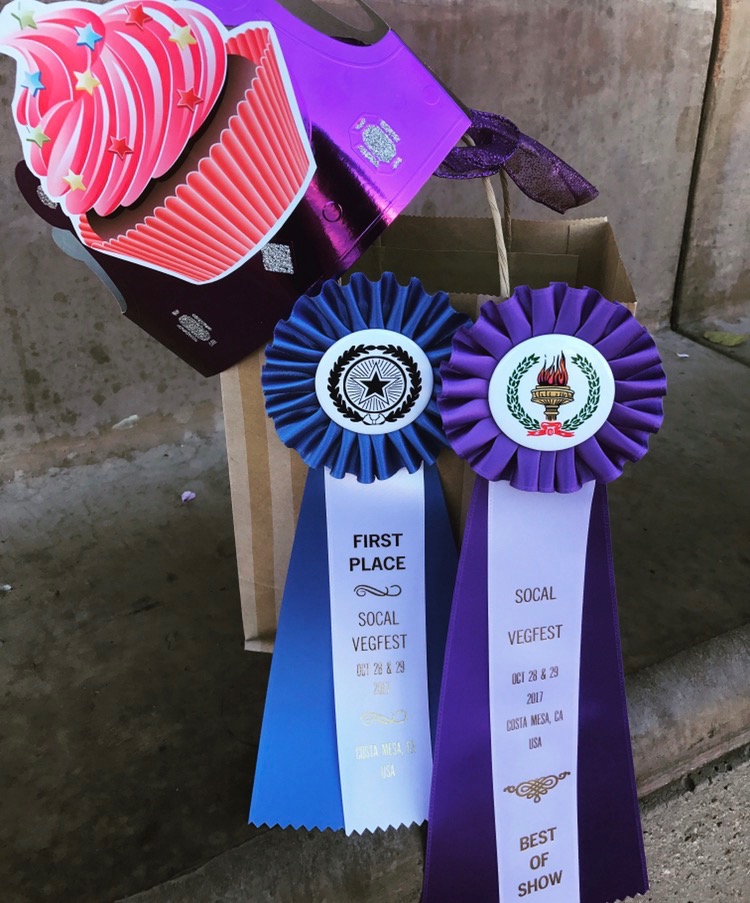 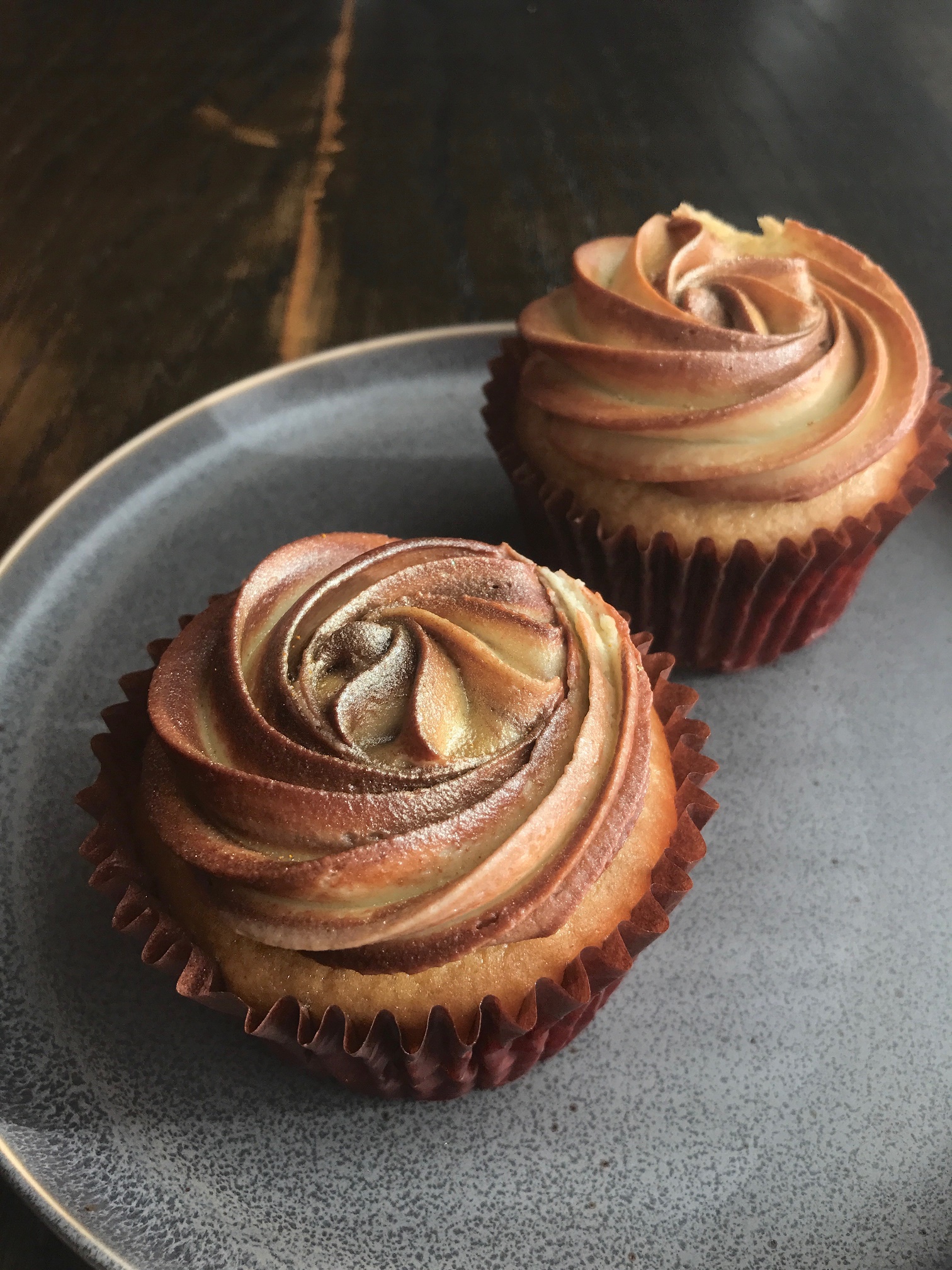 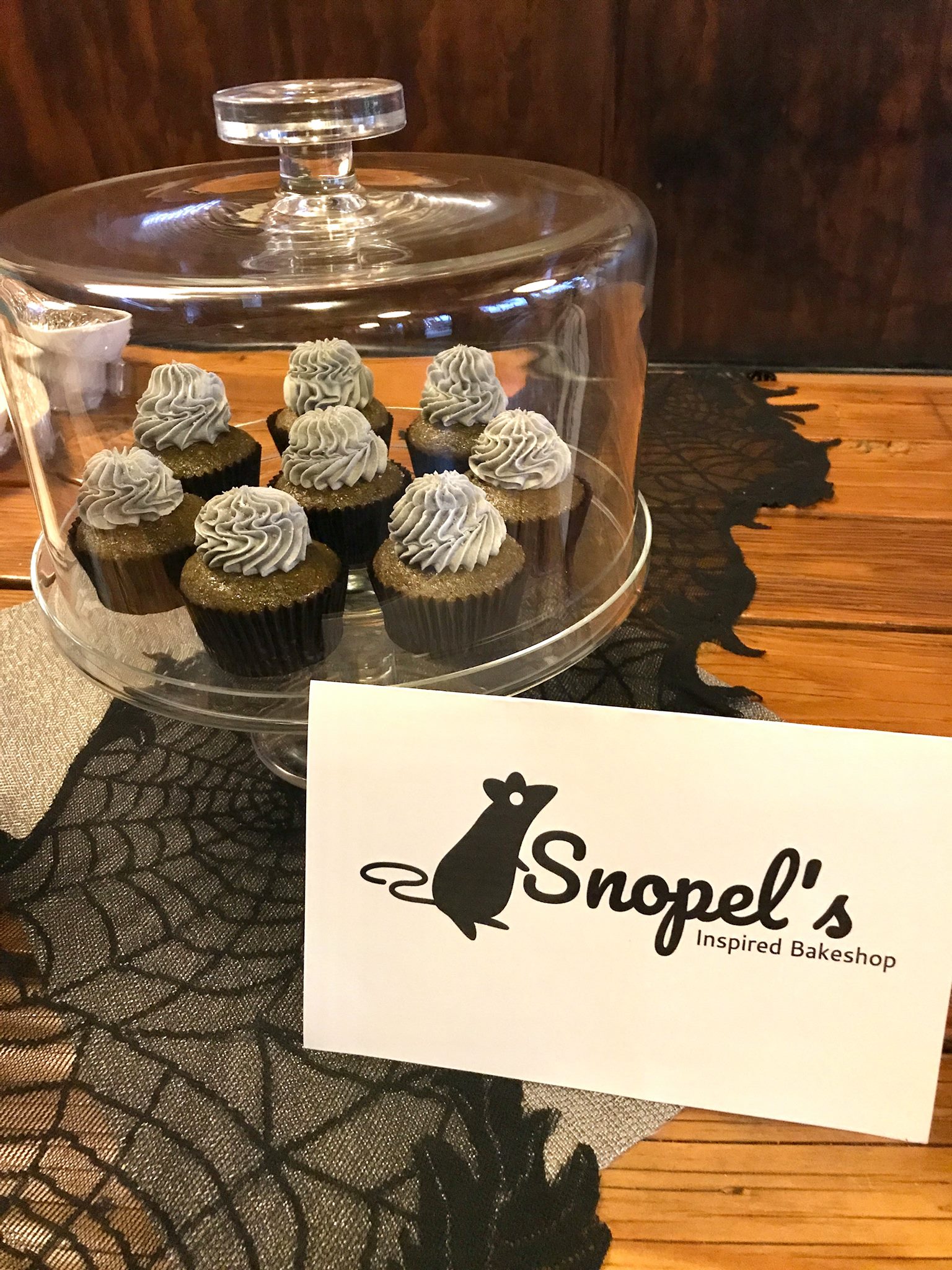 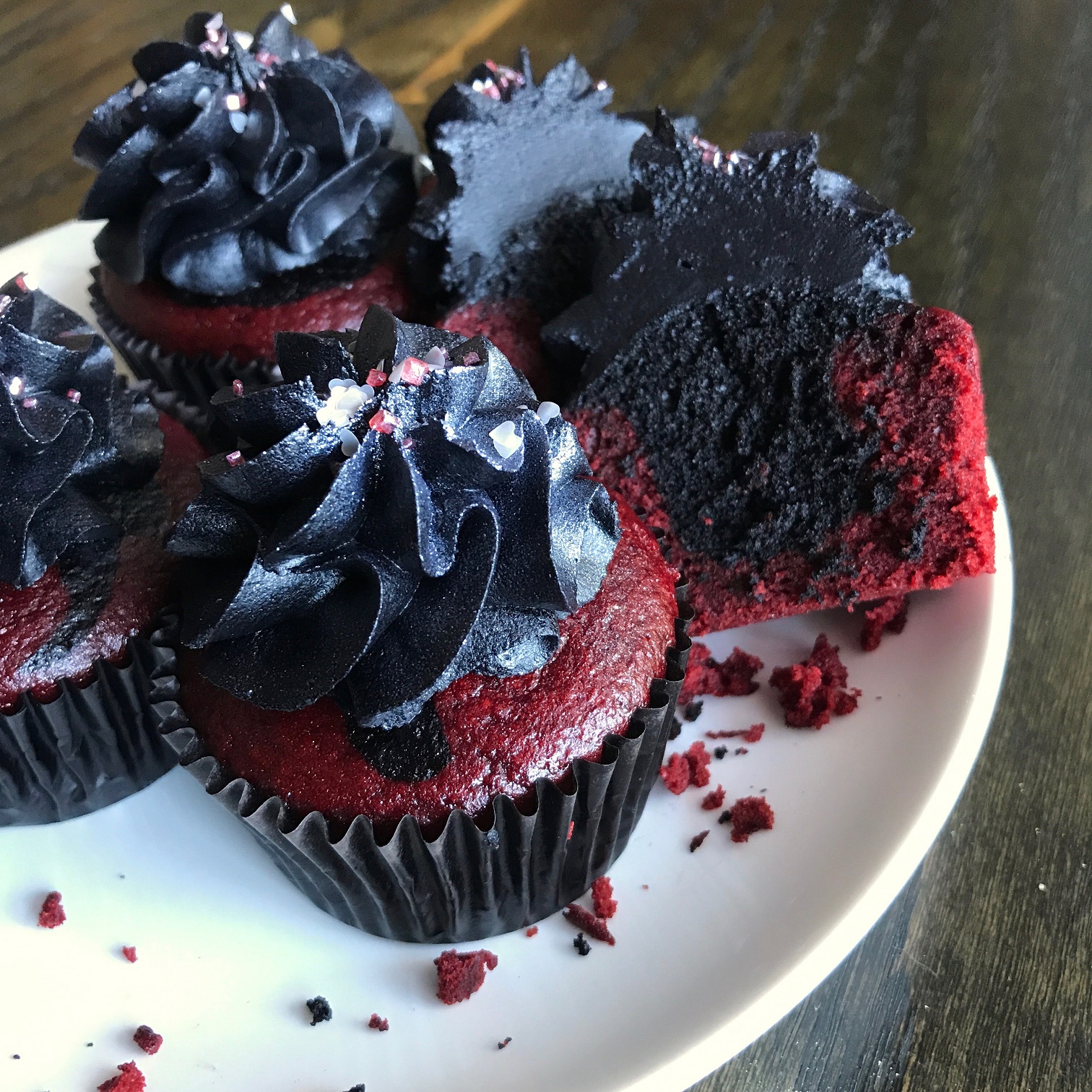 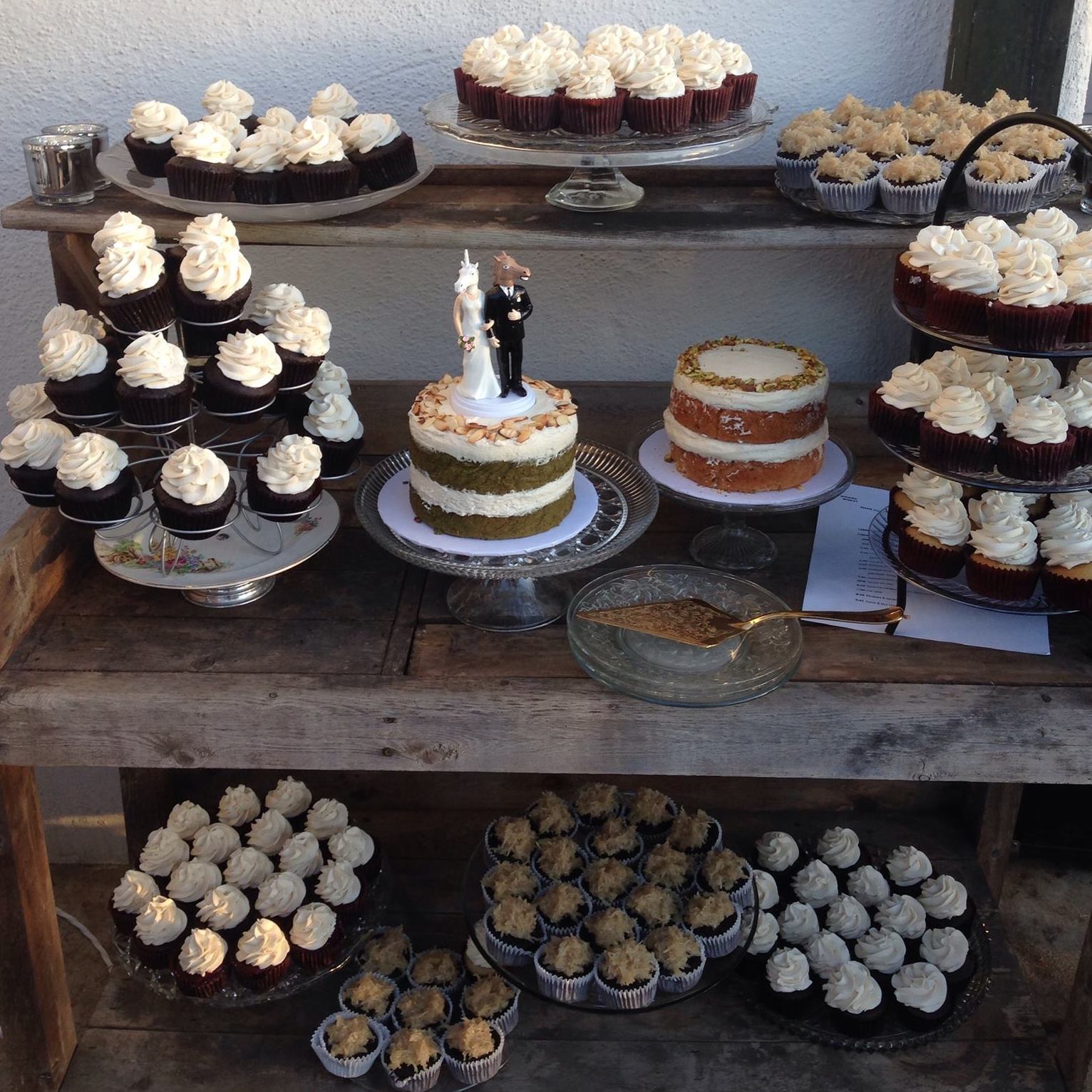 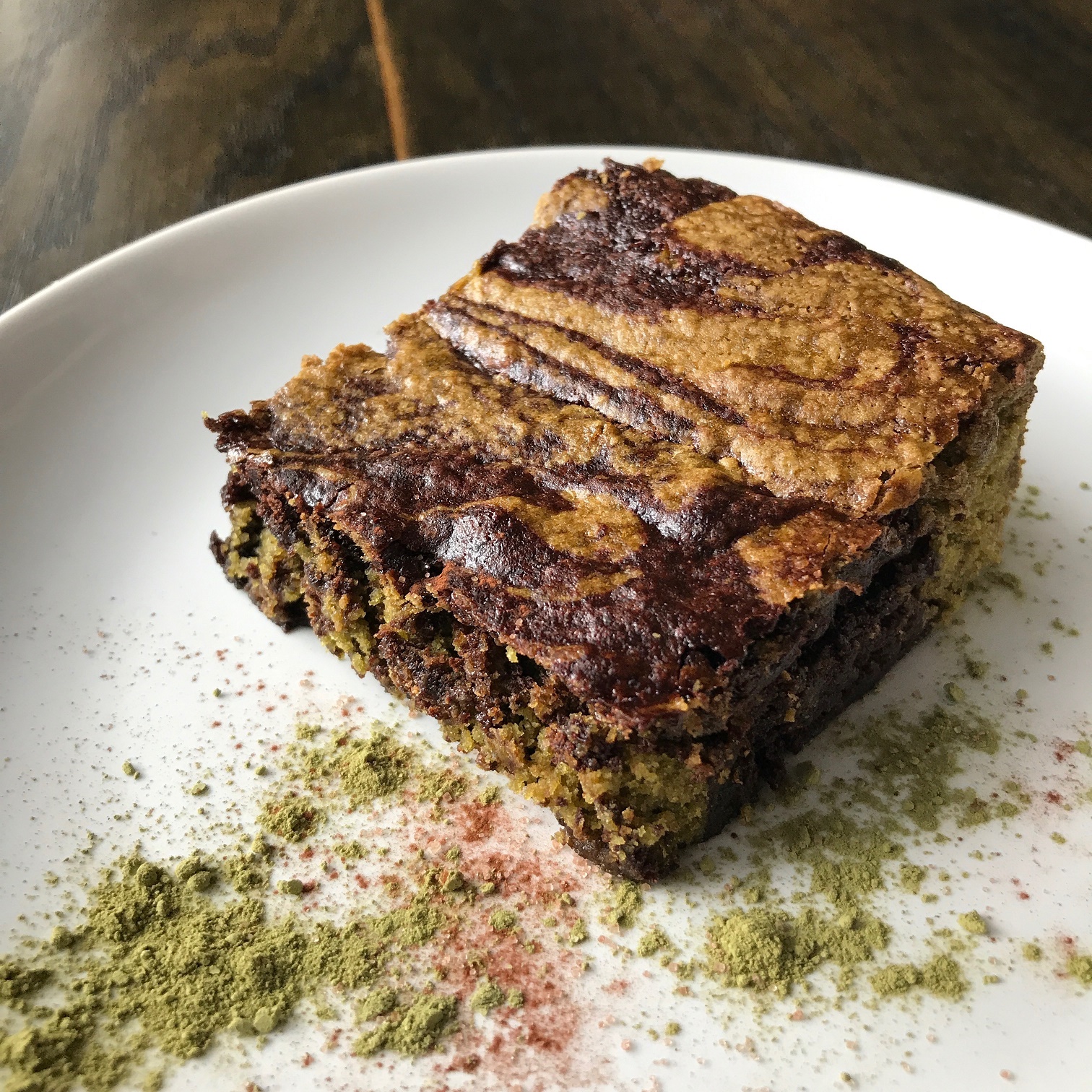