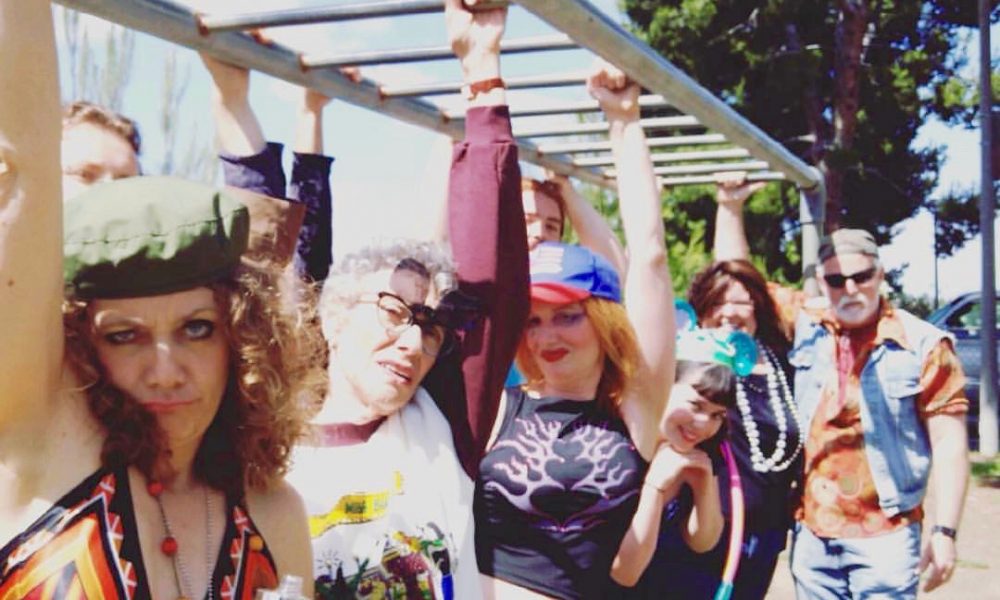 Today we’d like to introduce you to Suzana Norberg.

So, before we jump into specific questions about the business, why don’t you give us some details about you and your story.
I grew up in Wisconsin, the offspring of Yugoslavian immigrants who encouraged me to pursue a career in nursing. Knowing that my preference to be a comedic actress like Carol Burnett would never fly (to my grandmother, “actress” was synonymous with prostitutka) I chose advertising copywriting. I ended up voicing a lot of the radio commercials I wrote, and when I moved to San Diego in 1985, I started doing standup at The Comedy Store. My voiceover demo and my standup reel got me in with the fabulous Shamon-Freitas Agency, and I’ve been with them ever since.

I’d have more opportunities if I were free to audition in L.A., but I work 9 to 5. I used to really pine for L.A. but the local film community has exploded so much over the past five years that I no longer pine. (Jodi Cilley got that ball rolling when she founded the Film Consortium San Diego in 2013, for which I am forever grateful.) I’ve met so many amazing filmmakers and fellow actors and always participate in the local 48 Hour Film Project (48 hours to create a short film) and the worldwide Four Points Film Project (77 hours to create a short). One connection leads to another. For me, filmmaking is magic. There’s nothing else I’d rather do.

My goal is to make a living as an actress so I can bust out of cubicleville. Slow and steady wins the race, and I’ve got the slow part down. I remember feeling a bit panicked as 30 was approaching, thinking “My ingenue window is closing!” Well, that thing slammed shut 20 years ago. But it’s also freeing; my career is all uphill from here. And in hindsight, I wasn’t a very good actress during my ingenue years. So everything happens when it should.

Last month at the San Diego Film Awards, I won Best Supporting Actress in a Narrative Short for one of the 48 Hour films I was in – “One Good Day.” It felt amazing. After years of weeping with joy for my fellow actors while watching the Oscars and Emmys, I actually got to have a mini-moment. I’ll never forget it.

Great, so let’s dig a little deeper into the story – has it been an easy path overall and if not, what were the challenges you’ve had to overcome?
Life, in general, is not smooth, but every ditch and cliff has value. When I was 24, my life took a 12-year detour when I recklessly married a 40-year-old born-again Christian. It was a tragicomic nightmare. After I’d sufficiently recovered, I wrote a memoir — “Too Lazy to Be Satan: How I Escaped a Perpetually Unemployed Leech and a Church of Fundamentalist Freaks” — and was a finalist in the 2017 San Diego Book Awards in the unpublished memoir category. I’ve since turned it into a one-woman show, which just got accepted in The Roustabouts Theatre Co. Solo Show Competition. I’ll be doing One-Performance Only, Wed. June 27, 7 pm at the Moxie Theatre. Buy Tickets 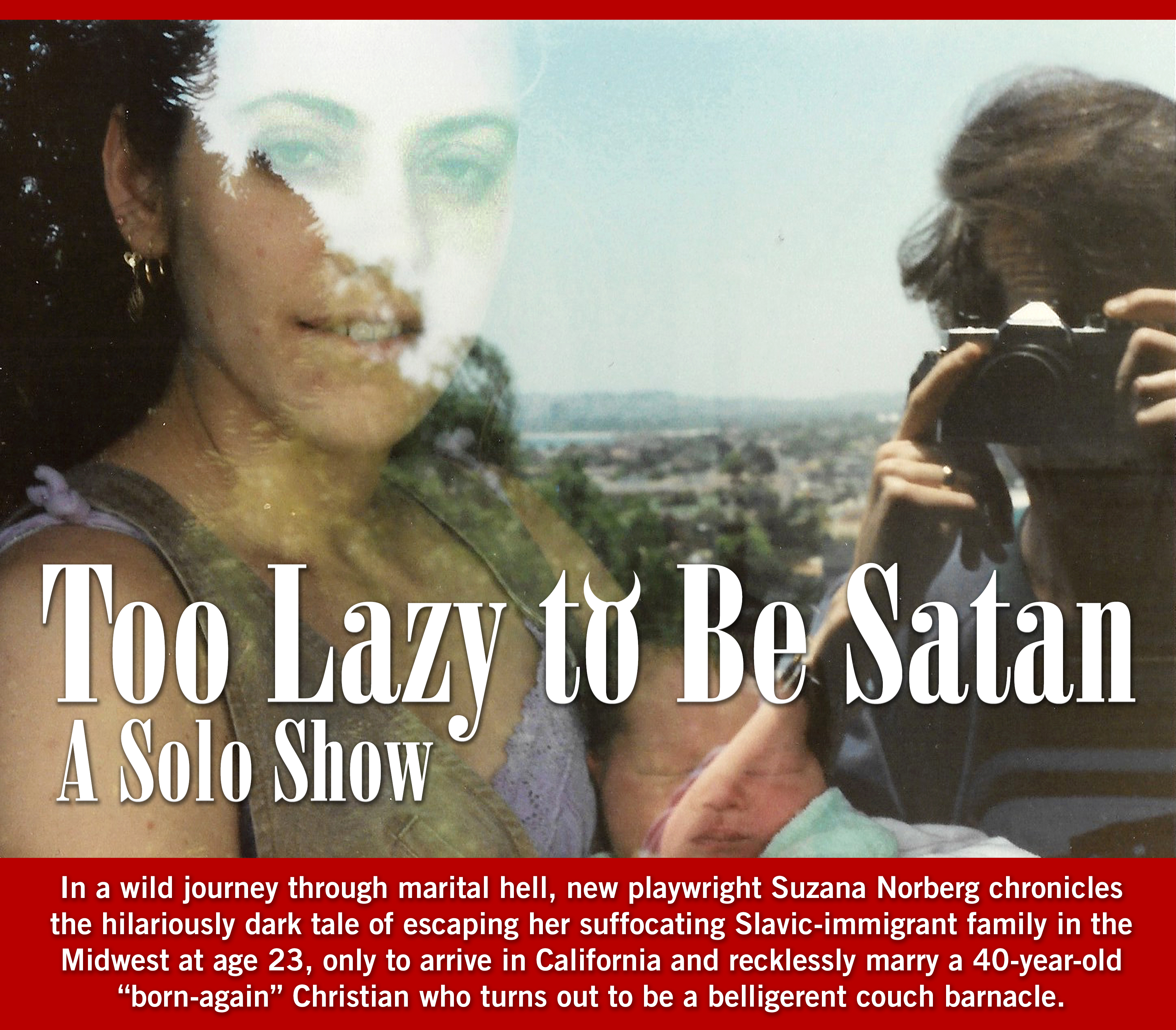 Creating my own projects gives me joy and hope because I’m not waiting around to be cast on someone else’s project. I was a huge Downton Abby fan, so I did a web series in which I recapped episodes as a fervent Slavic fan: “Ludmila Love Downtown Abbey.” I also co-created “Christian Crafternoon” (“Gently mocking the religiously self-righteous since 2013”) with my friend Steve Montgomery, in which we play dysfunctional spouses and dubious crafters. We even got Tim Gunn to guest star in several episodes. We just wrote to him and he said yes!

I’m also an avocational eavesdropper and illustrator. You can see the intersection of the two on Instagram @Suzana_Norberg. I have an endless need to create. I don’t think I even have a left brain. It has been absorbed by the right.

Is there a characteristic or quality that you feel is essential to success?
My deep and wide love of film. Whenever I’m on set, I look around at my fellow actors and crew and am moved to tears that we — complete strangers at the start — believe in the magic of movies enough to come together on our free time and hold a boom or a heavy camera for hours, run from imaginary cyborgs, freeze in the rain, reboot after power outages, try to hold it together during a hilarious scene …. It’s beautiful. There’s nothing else I’d rather do.

I love Michael Shurtleff’s description of Chekov’s “The Three Sisters” in his book “Audition”: “It isn’t about three sisters who didn’t make it to Moscow; it’s about fighting like hell to get there.” Even if I never make it to Moscow, I’m having a hell of a good time. 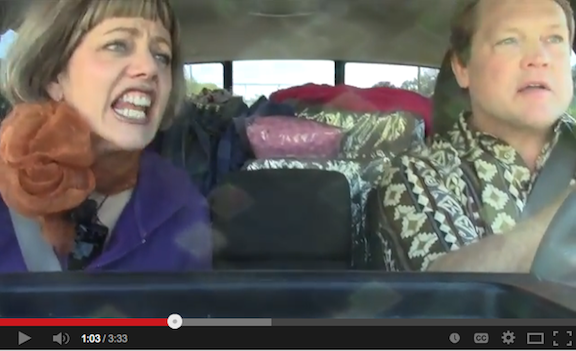 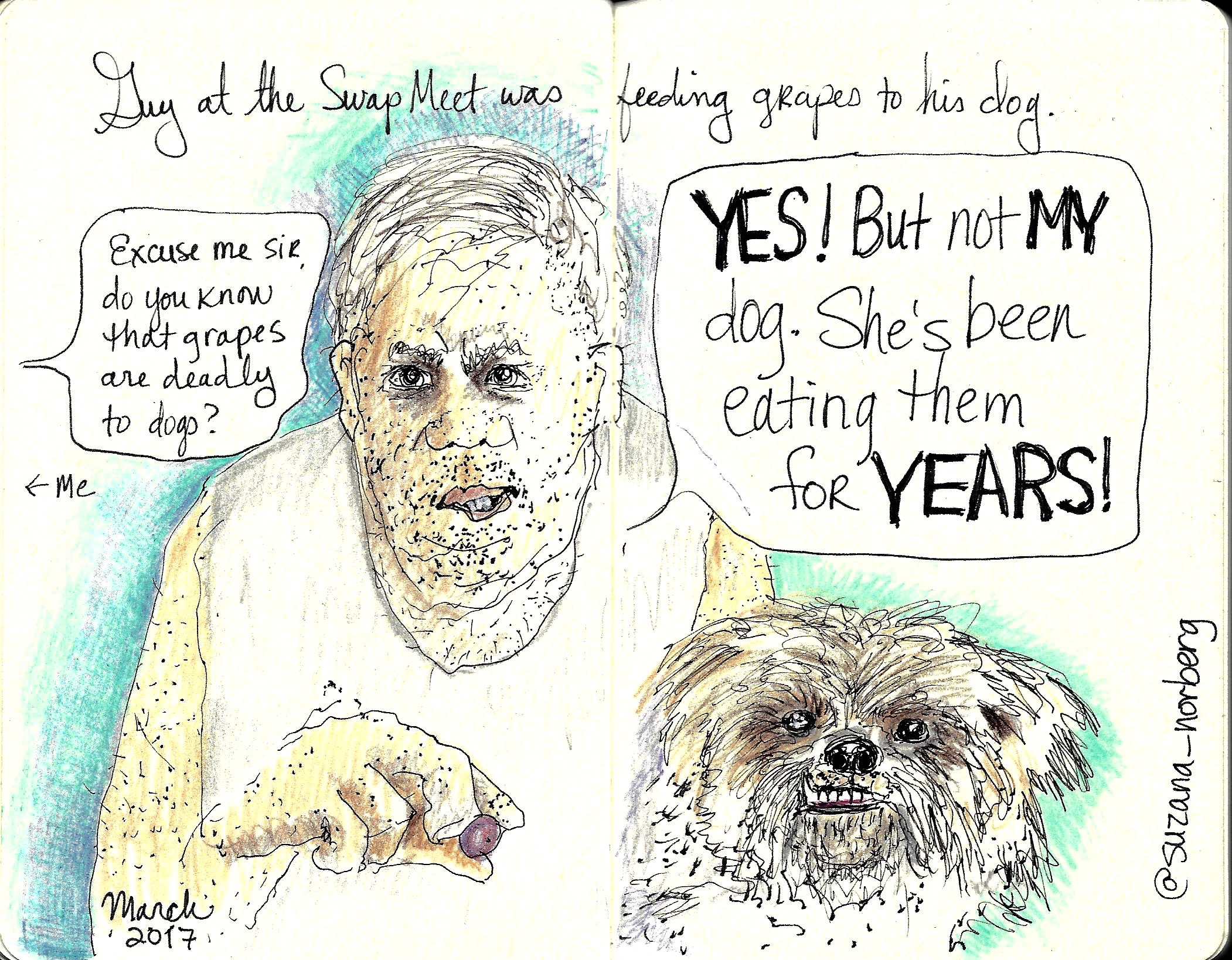 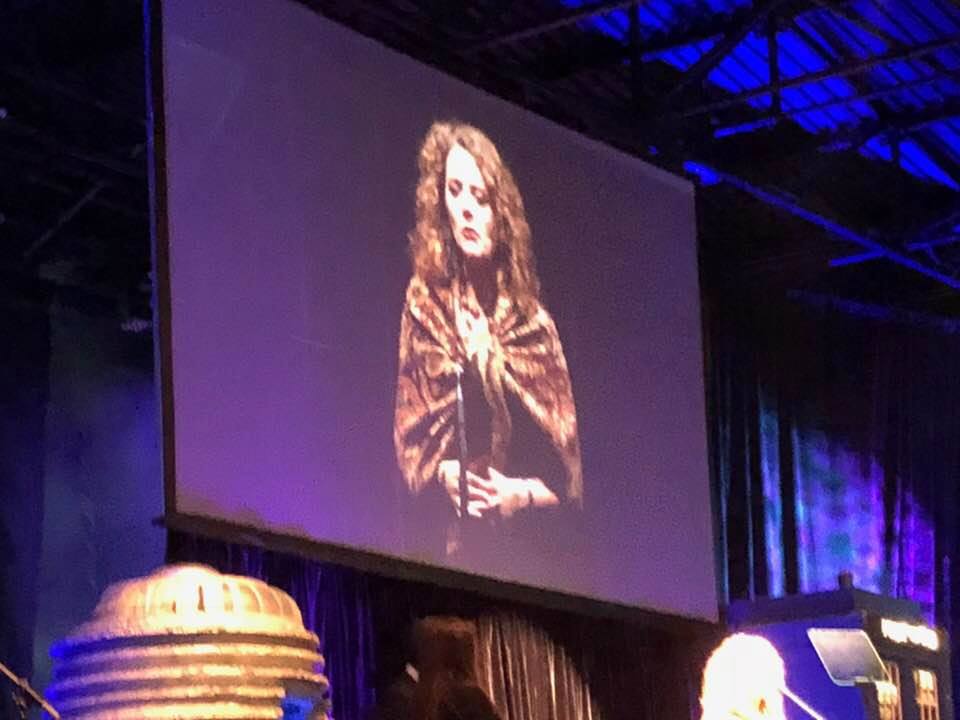 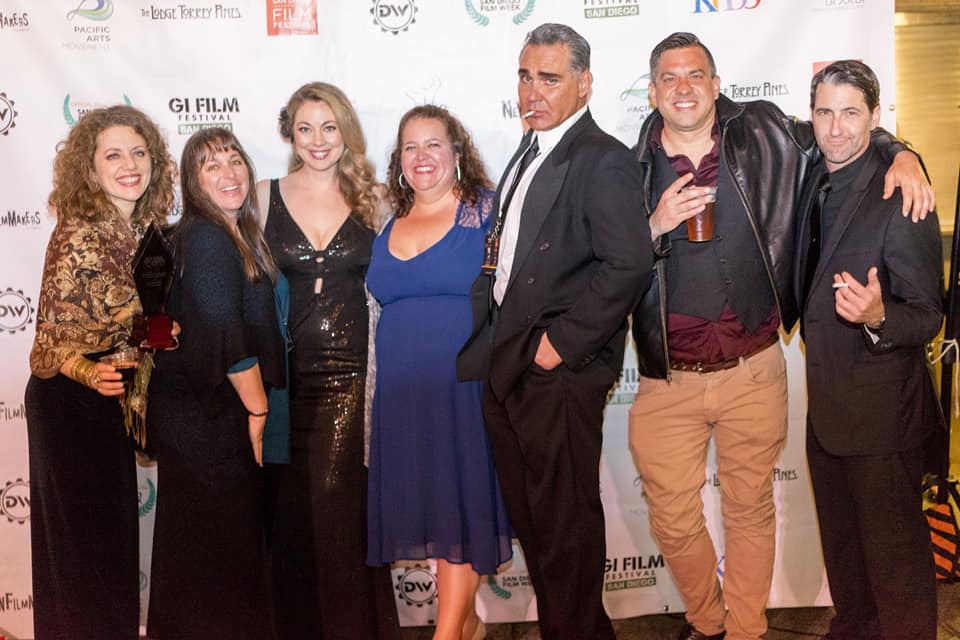 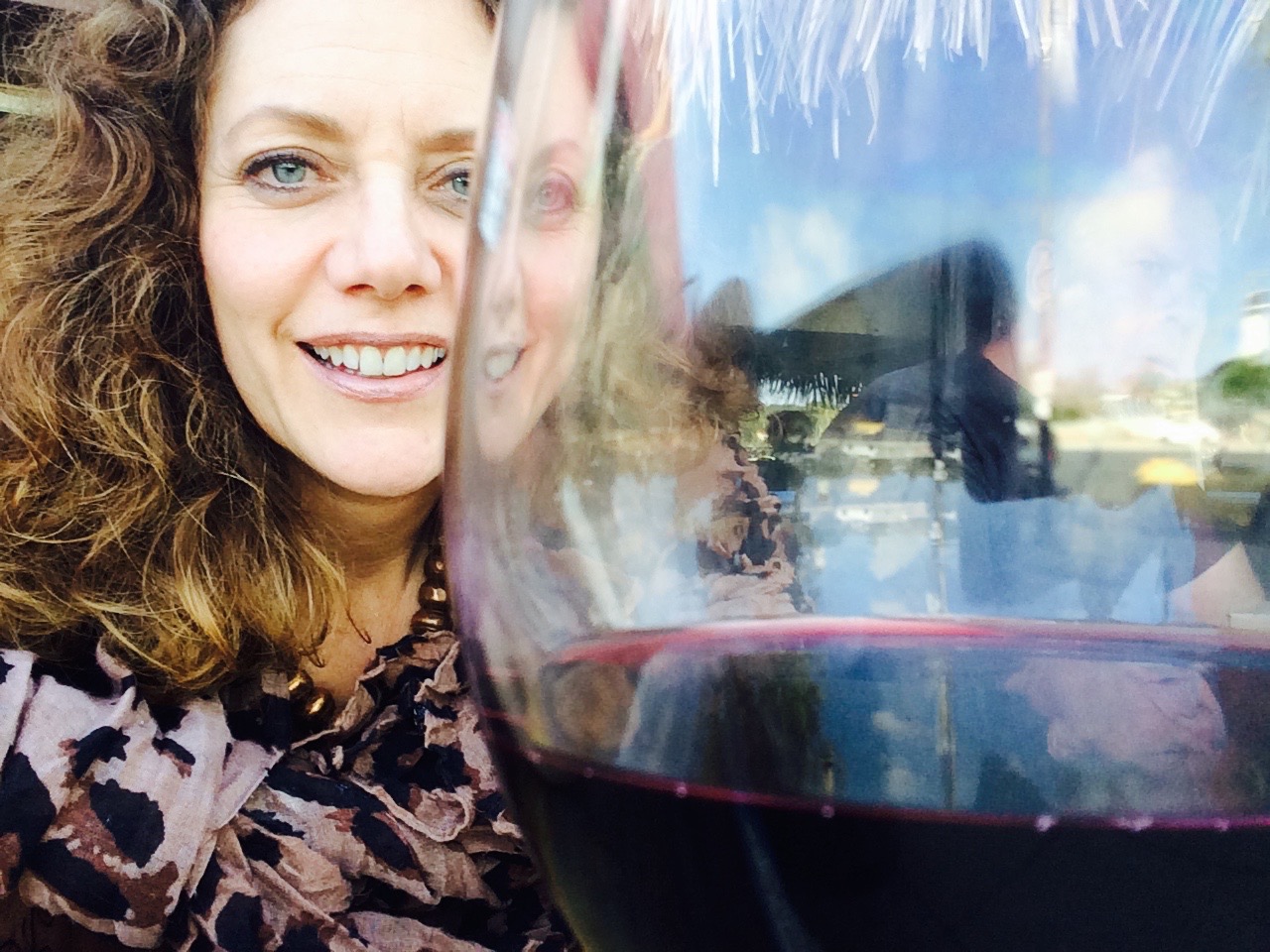 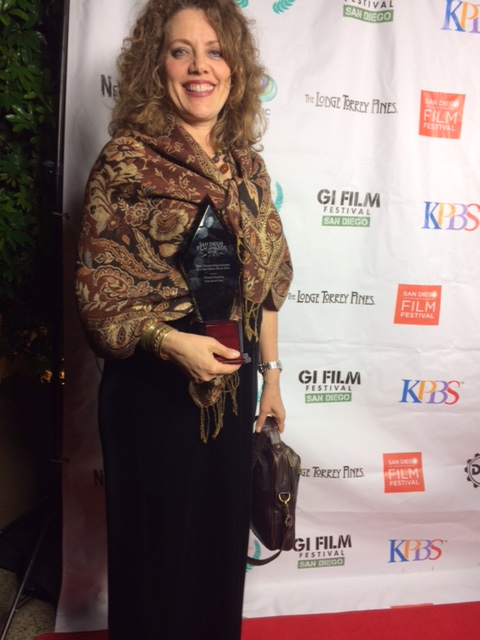