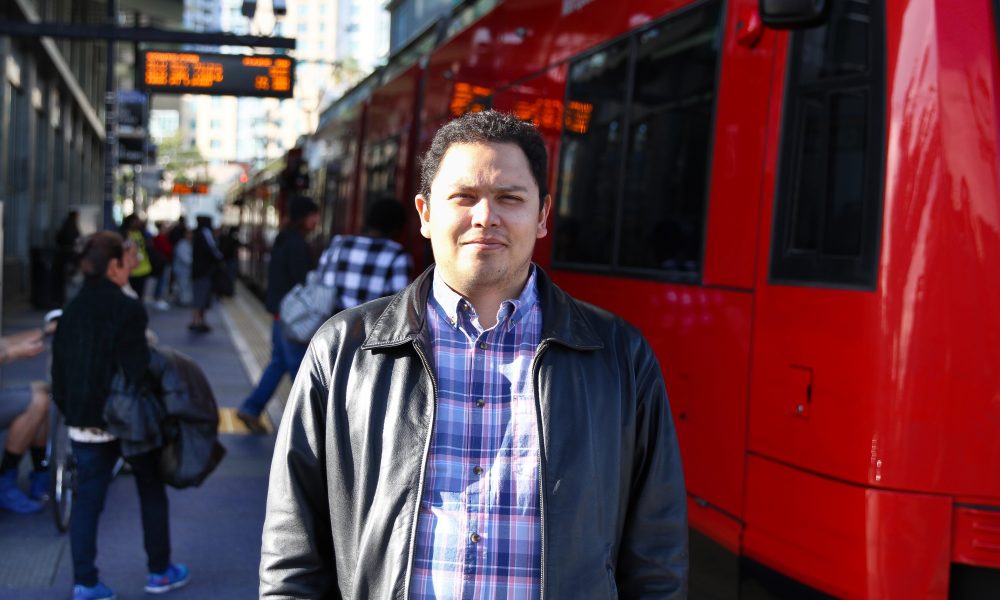 Today we’d like to introduce you to Oscar Medina.

Thanks for sharing your story with us Oscar . So, let’s start at the beginning and we can move on from there.
A native San Diegan, I spent most of my childhood living in La Jolla, where I attended Stella Maris, a local parochial school and later, La Jolla High. La Jolla is undeniably beautiful, but it’s not foremost in people’s minds when they think of San Diego’s urban neighborhoods. And while a lot of La Jolla is suburban, the village, where I lived in a 2-bedroom apartment with my parents and younger brother certainly has urban qualities.

From elementary school through high school, I walked to school. In fact, I walked everywhere. Food, entertainment, shopping, the beach, and most of my daily needs where accessible a short walk away. At the time I didn’t understand that this was special. I have since realized that my experience shaped my appreciation for the relationships between people and the built environment, and inspired me to be an urban planner.

I earned my degree in Public Administration/City Planning at San Diego State University in May 2014. After graduating, I worked on a grant for the San Diego Foundation focused on testing creative engagement techniques to involve more people in city planning processes. I later joined Crowdbrite Solutions, a consulting firm based in San Francisco, where most of my work centered on assisting public agencies in communicating complex land use plans to the general public. I joined at Circulate San Diego in January 2016. Car-free by choice, I spend most of my free time walking to my favorite hangouts.

Great, so let’s dig a little deeper into the story – has it been an easy path overall and if not, what were the challenges you’ve had to overcome?
When I was in college, it became very clear to me that I wanted to be a city planner that worked on certain projects that advanced sustainability and fostered community. In particular, I was inspired by Jeff Speck’s Walkable City, Livable Streets by Donald Appleyard, and James Howard Kunstler’s The Geography of Nowhere, to advocate for projects that improved walkability.

But when I graduated, I realized that few opportunities satisfied my narrow career goals. I consider myself lucky that I was able to break into the field relatively quickly. There are a very small number organizations that focus on the kind of work that I do and Circulate San Diego is the leading transportation policy and advocacy organization in the region.

Circulate San Diego – what should we know? What do you guys do best? What sets you apart from the competition?
Circulate San Diego’s mission is to create excellent mobility choices and vibrant, healthy neighborhoods. Our focus areas are active transportation (walking & biking), public transportation, and sustainable land use. Our work can best be described as addressing policy, advocacy, planning, and education.

Our policy and advocacy work addresses the safety, equitability, and effectiveness of San Diego’s transportation network. We are currently working on several fronts. Within the City of San Diego, we have been the lead proponent of an initiative called Vision Zero, which seeks to eliminate all traffic fatalities over the next ten years. This is especially critical advocacy work for San Diego’s underserved communities because research has shown that residents of low-income neighborhoods are 10 times more likely to be hit by a car as compared to our more affluent neighborhoods.

After a year-long campaign, Circulate successfully persuaded the Mayor and City Council to adopt a Vision Zero resolution and implement a 10-year plan. Another important initiative is our work on advancing policies in the region that support transit-oriented development (TOD). Embracing TOD will improve ridership of our transit system, decrease urban sprawl, reduce greenhouse gas emissions, and help provide more affordable housing.

Circulate will be releasing a major policy report on TOD during the spring of 2018.

We often describe our education projects as “boots on the ground.” These projects vary from community to community and may include programs to promote walking and biking, and community outreach efforts to create “active transportation” plans that are richly informed through the participation of residents. We recently completed two major Safe Routes to School implementation programs in the City of Lemon Grove and the community of San Ysidro, where we worked in low-income neighborhoods to identify barriers to pedestrian and bicycle safety, created incentive programs to get more kids walking and biking, and conducted pedestrian and bike safety training for students. The result: improving walking and biking conditions for more than 20,000 kids, providing better opportunities for physical activity improved safety. Another project, our Safe Route to Nature Program, helped connect low-income families to the Otay Valley Regional Park.

Our planning work helps communities create safer, more welcoming environment for pedestrians and bicyclists. In some cases, we design a Safe Routes to School Plan that can be implemented by a school or an entire school system. These plans also document infrastructure deficiencies that cities can use to pursue grant funding to make necessary improvements. Projects included bike plans, urban trail plans, and comprehensive active transportation plans that help improve all forms of non-motorized transportation. All of our work has the ultimate goal of providing better transportation choices and sustainable land uses that will enhance the quality of life for all San Diegans.

What moment in your career do you look back most fondly on?
I’m proud of the creative engagement strategies I have been able to help develop at Circulate to spread our organization’s message to a broader audience about the need for transportation options and safe street design. Since I have been at Circulate, we’ve partnered with So Say We All, a local literacy nonprofit, to host storytelling nights around themes of transportation and neighborhoods. We’ve also hosted movie nights where we’ve screened documentaries about displacement and community.

Last year, we worked with Culture Shock, a local dance troupe to do flash mob dance at the intersection of 5th and Market, in Downtown San Diego as part of a Public Service Announcement we produced. But my proudest accomplishment was developing a comic-book that will be released next month. The comic-book is funded by a grant from the San Diego Police Department and will be used as part of our ongoing outreach programs at San Diego Schools. These non-traditional outreach tools enable us to engage hard to reach demographics and people who typically do not show up to public meetings or workshops. I’m proud to add to the inclusivity of our work and give voice to many people that have been overlooked in the past. 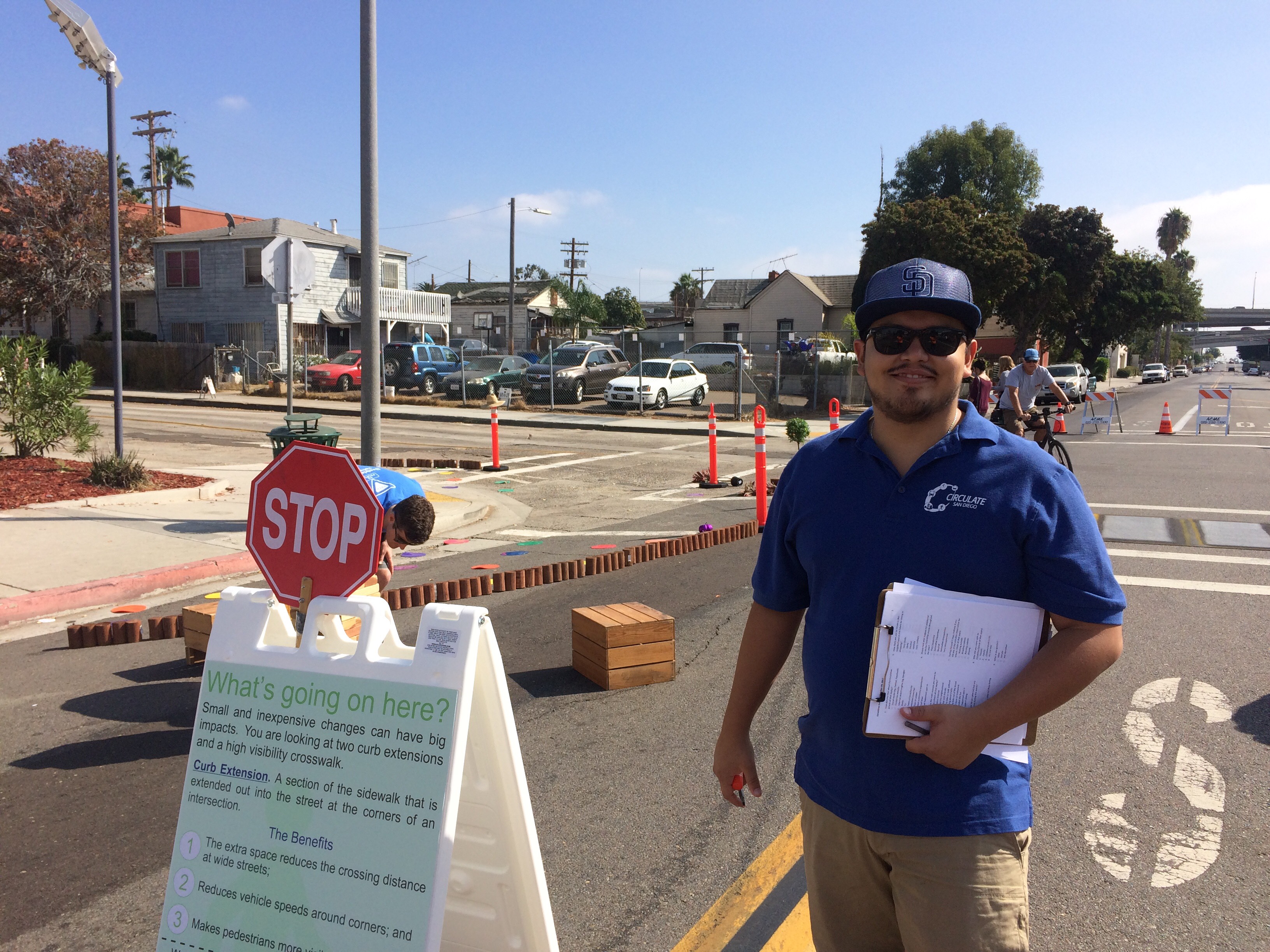 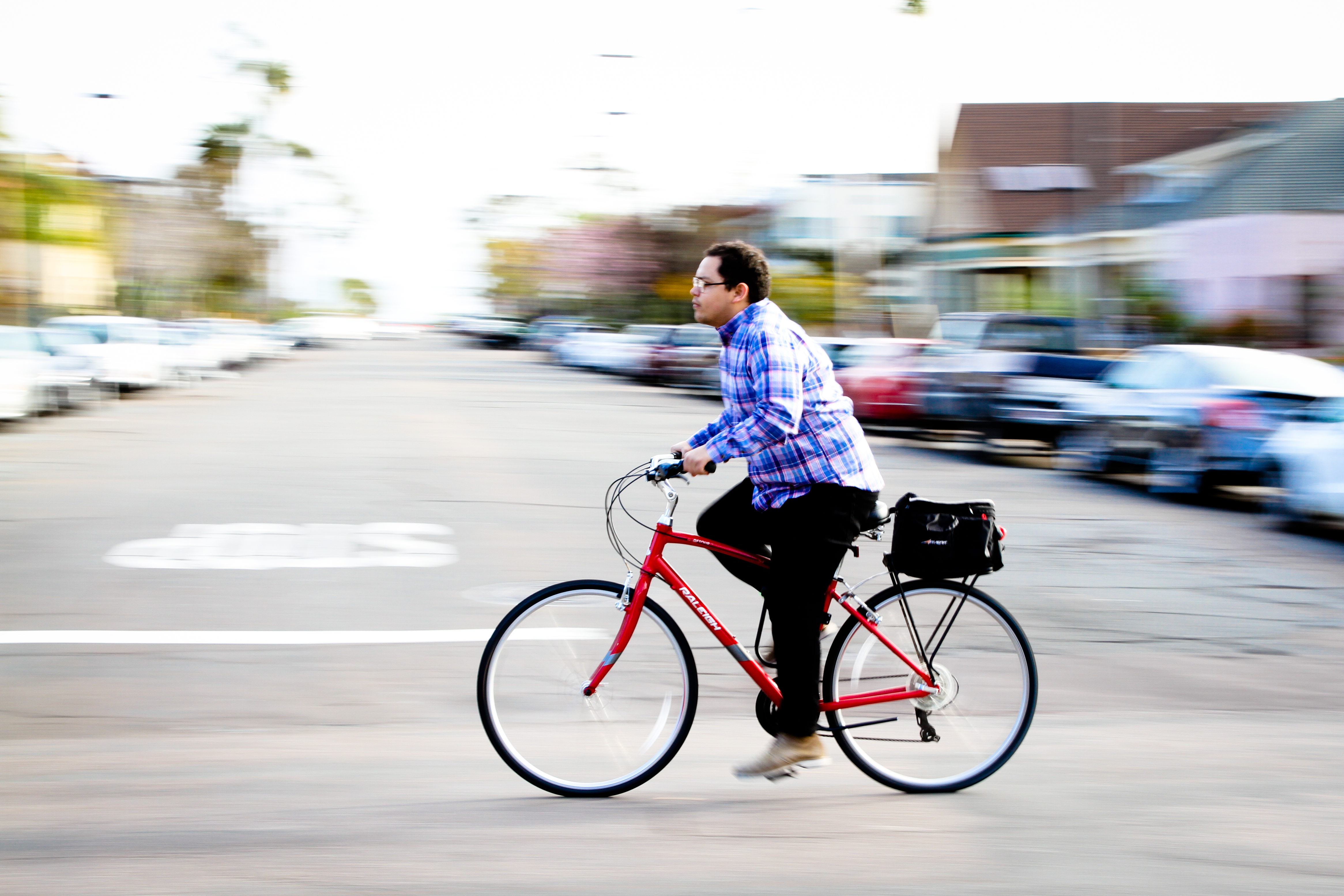 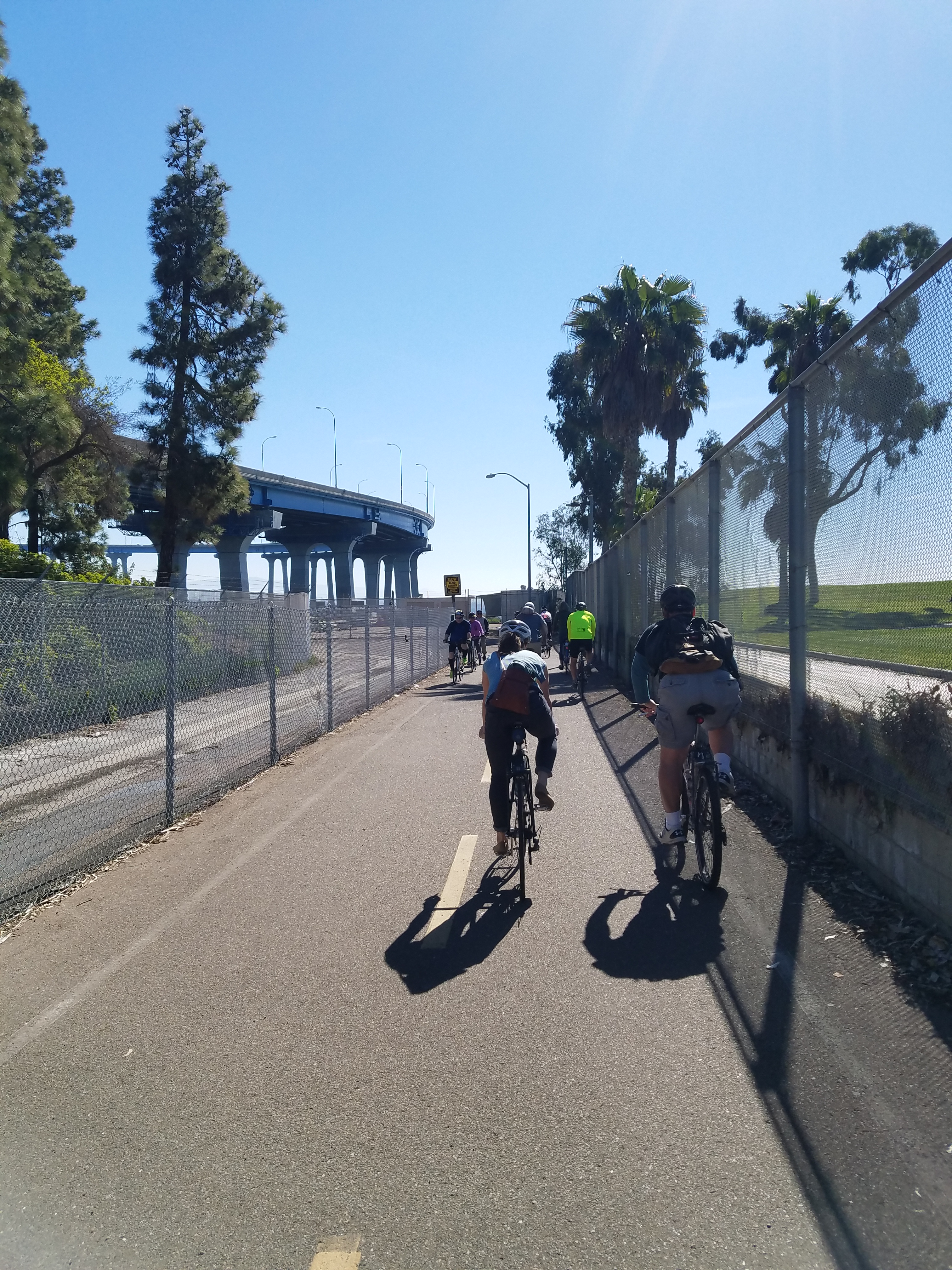 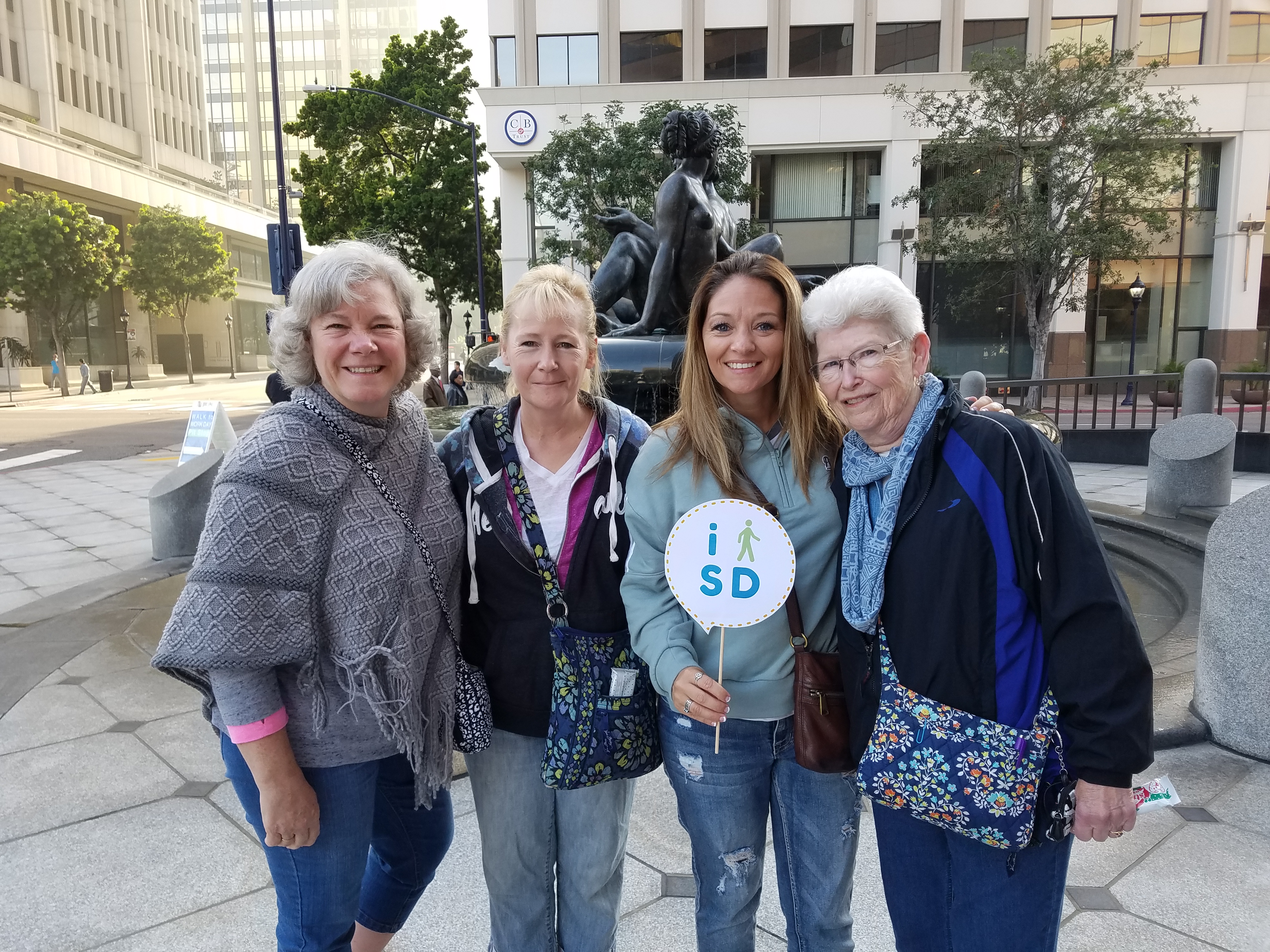 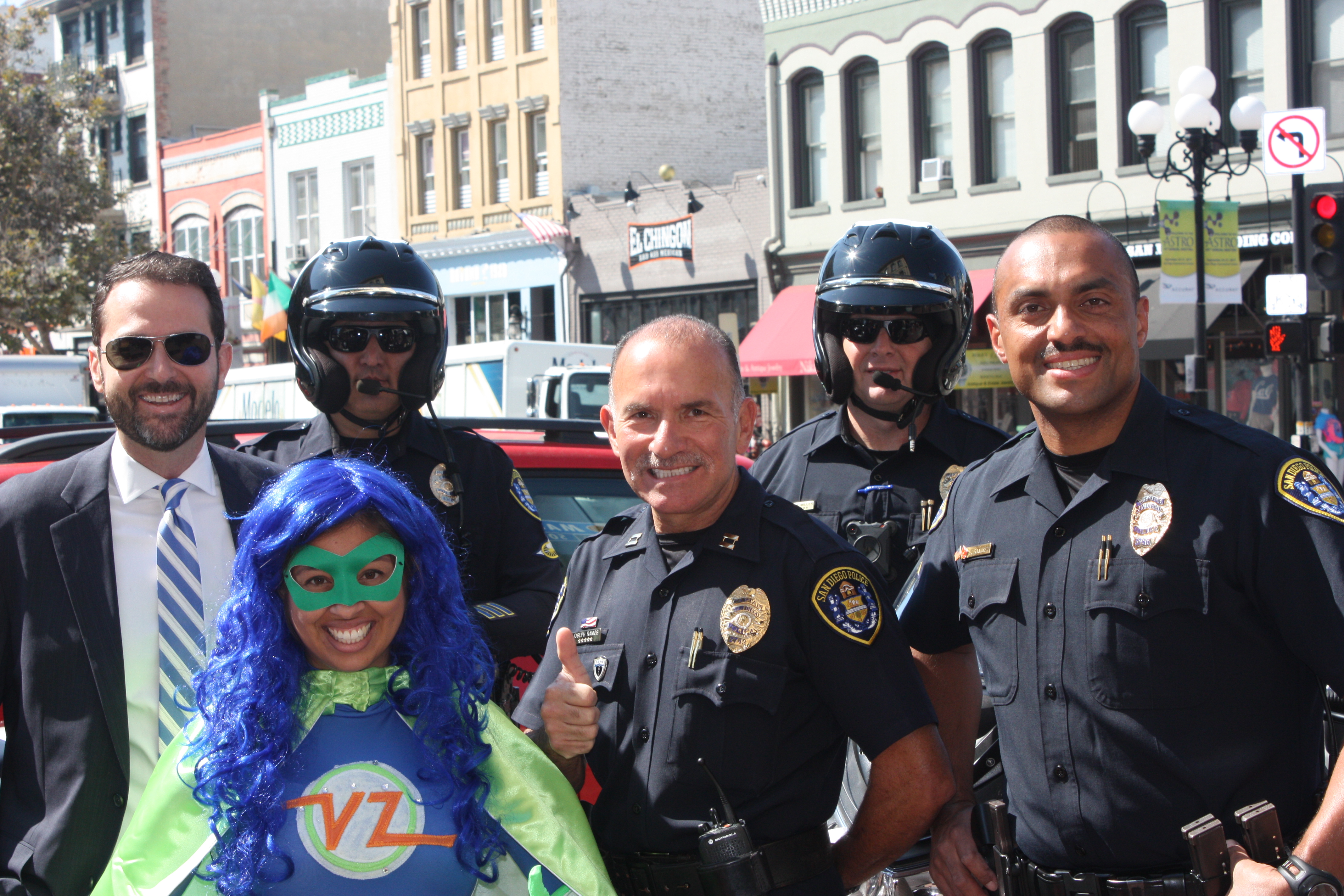 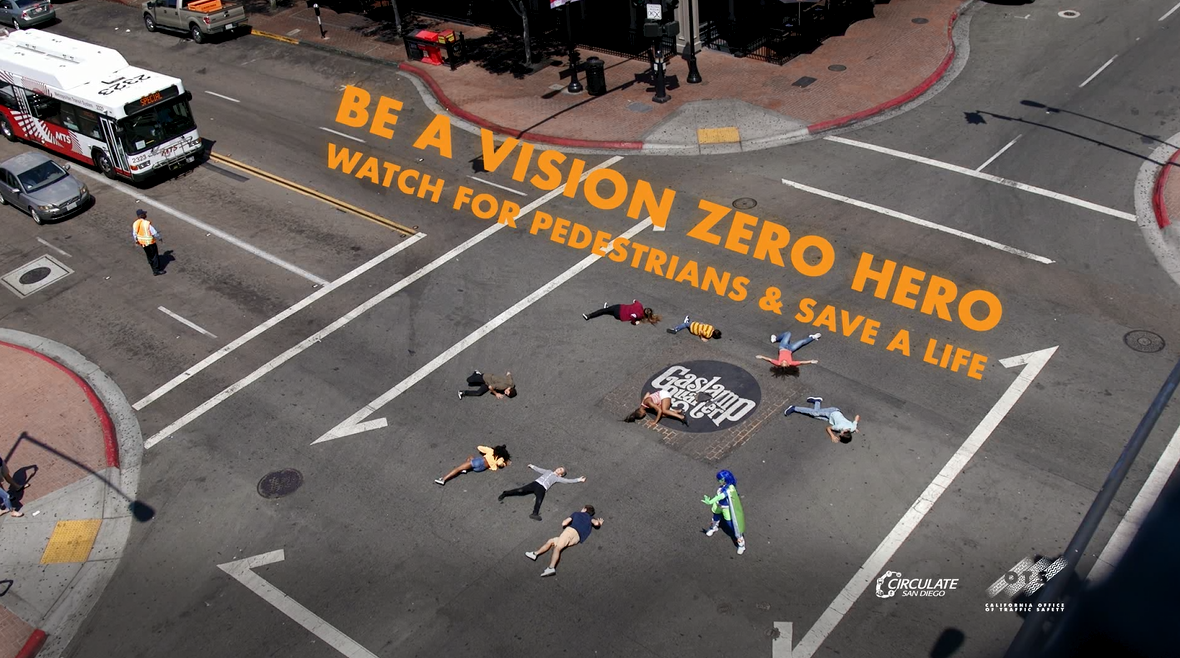 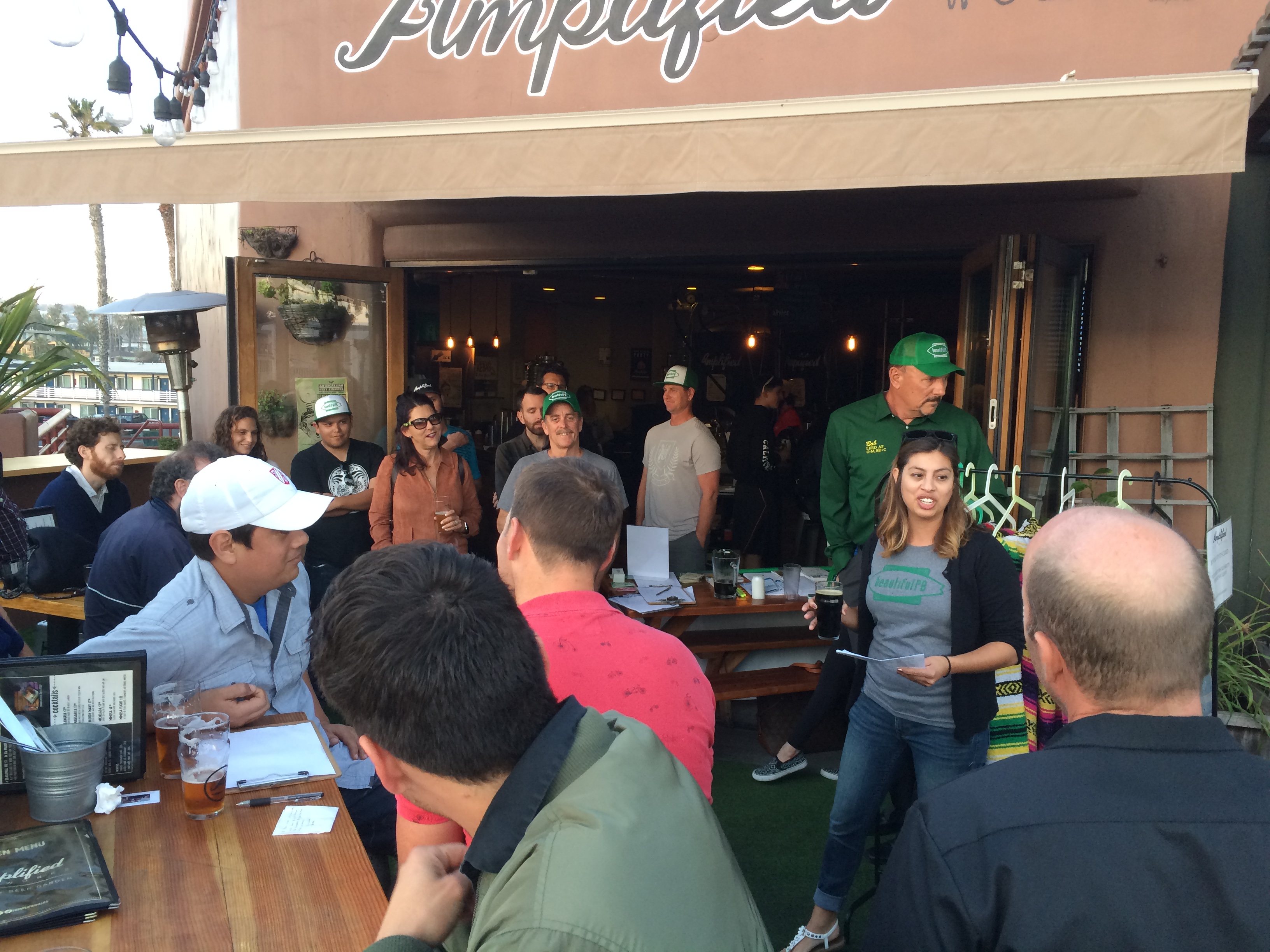 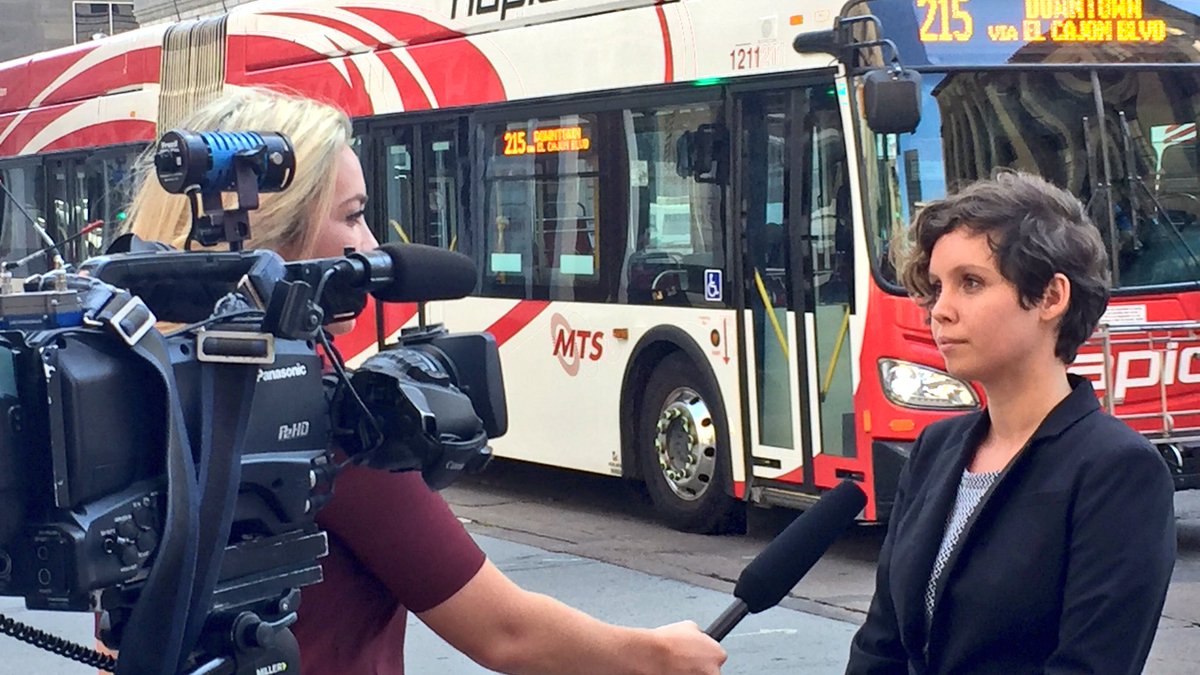