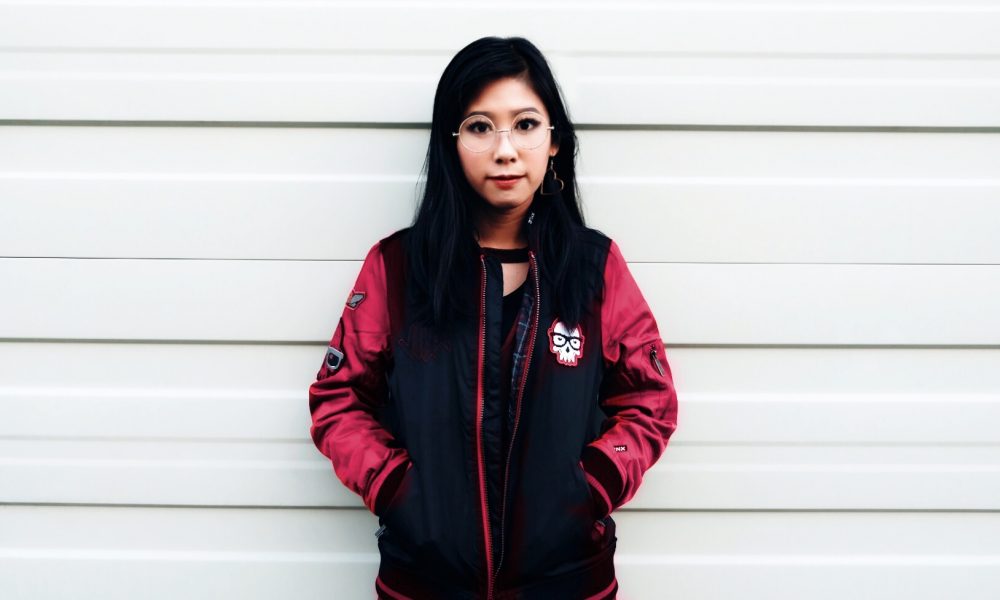 Hi Rachel, can you start off with explaining what you do?
I’m a San Diego-based creative services designer who currently works on the marketing and media teams of a video game publisher based in Sweden. I specialize in graphic design and visual content creation, putting emphasis on color, typography, and theme. I’ve strived to create compelling work for the communities I am part of, one of them being the gaming community.

What were your beginnings like? What made you want to get into the video game industry?
I actually started off way off course… as a nursing major, which is common for individuals coming from a Filipino family. Nursing is such an altruistic and worthwhile profession but I when I pursued it, I didn’t pay heed to my own wants and needs… and my own weaknesses.

Realizing I needed to listen to my heart, I dropped out of the program I worked so hard to get into. I moved to change majors, thinking about what I was good at and what might be fun for me. I saw that my little graphic design hobby could help me in marketing and I made the switch.

Having made such an abrupt change, I felt lost and isolated. For three years, I had been trying to get into a nursing program and convinced myself that being a nurse was all I could ever do. You can imagine that straying away from that created a void. Video games, as they have for all my life, helped me fill it.

Soon enough, I wanted to get more involved in the League of Legends community. I joined a LoL-themed maid cafe called Summoner’s Cafe and met wonderful people who held game industry jobs and inspired me to go after my next dream – working in games.

How did the process of pursuing your goal go? What were some of the struggles along the way?
Well, it soon hit me that pursuing a job in games and staying in San Diego would be one of the most difficult things in my life. I did my research and found that, unfortunately, the county really doesn’t have that many video game-related companies. To make it worse, I had no relevant experience and very few related connections as well; basically ground zero. Adding to the difficulty was the fact that quality assurance, art/animation, and programming are the tried-and-true job fields that can help jump-start your career in games, and marketing kind of isn’t.

To make sure I was up to speed, I did everything I could to add things to my resume and portfolio, volunteering at a LAN center, planning and managing 500-attendee gaming events, becoming a board member at the International Game Developers Association, helping to build the gaming community at my local Microsoft Store, taking esports management certificate classes, you name it.

While most people would consider this work “on the side,” I’d say my actual paid jobs were (just kidding, haha). I worked in general marketing at various companies as I focused on my new goal. There were a number of struggles I had along the way. I felt disrespected and looked down upon, overworked by my own self, and unmotivated by the burnout. Despite this, I still kept going because I knew that hard work could make dreams come true.

How did you finally break through?
One day, sitting at my cubicle at my normal office gig, I knew that I had to go through the burst of applying to multiple jobs in games at once. Most of my applications and interviews were a bust and distraught, I applied to a remote position that I had been considering on and off. I was afraid it might have been too late, but I decided to go through with it. There was always one thing had always killed my applications, and I was aware of it: lack of previous game industry experience. The requirements of this position were no different, and I was keen to gauge my spot among other applicants who did have that.

I was surprised by how far I got. However, on the last round of interviews that went over a practical assignment all the applicants were required to turn in, I didn’t do as well as I’d like and thought it was over. On the same day, I received a request for yet another call and was convinced that they were going to tell me I didn’t get the job but to not give up on my search (haha).

I was pleasantly shocked to find out, while I couldn’t get the specific position I originally applied for, they wanted to extend me an offer for another position they wanted me to fill for creative services. They liked my portfolio and the presentation I made for them so much that the impossible, exciting, and amazing happened and I finally got my dream job, a job that was catered to what I was skilled at and enjoyed. I’m happy to say that, to date, I’ve been a part of the shipping of one game, have staffed PAX West, made really cool stuff, among other things that make me feel fulfilled in my work.

What advice do you have for others who might be going through a similar situation?
Hmm, let’s sum up the situation. I:
-forced myself into a major.
-felt lost after leaving said major.
-decided on a specific, and I mean specific, career path/industry.

Here’s some advice that, while broad and vague, is something I wished someone reminded me of as I was going through all the above: It’s okay, things will work out and maybe in ways you didn’t expect. If you didn’t get the job now, it’s because something better is later down the line.

For example, getting this job definitely slapped me with an important realization after many years. While I had been enjoying working on things in my career like social media, content marketing, and so on, one thing had been carrying me all along because I had a penchant for it – design. I was semi-cognizant of the fact that people might have liked what I made but I always, always convinced myself that I never went to school for this and I was not a “graphic designer.”

Getting this new job made me not only fulfill a goal of three years and allow me to stay in San Diego but broke me free from these shackles of doubt. I was able to embrace what I was good at. Set your sights on your goal and enjoy the journey and you’ll find out things about yourself. 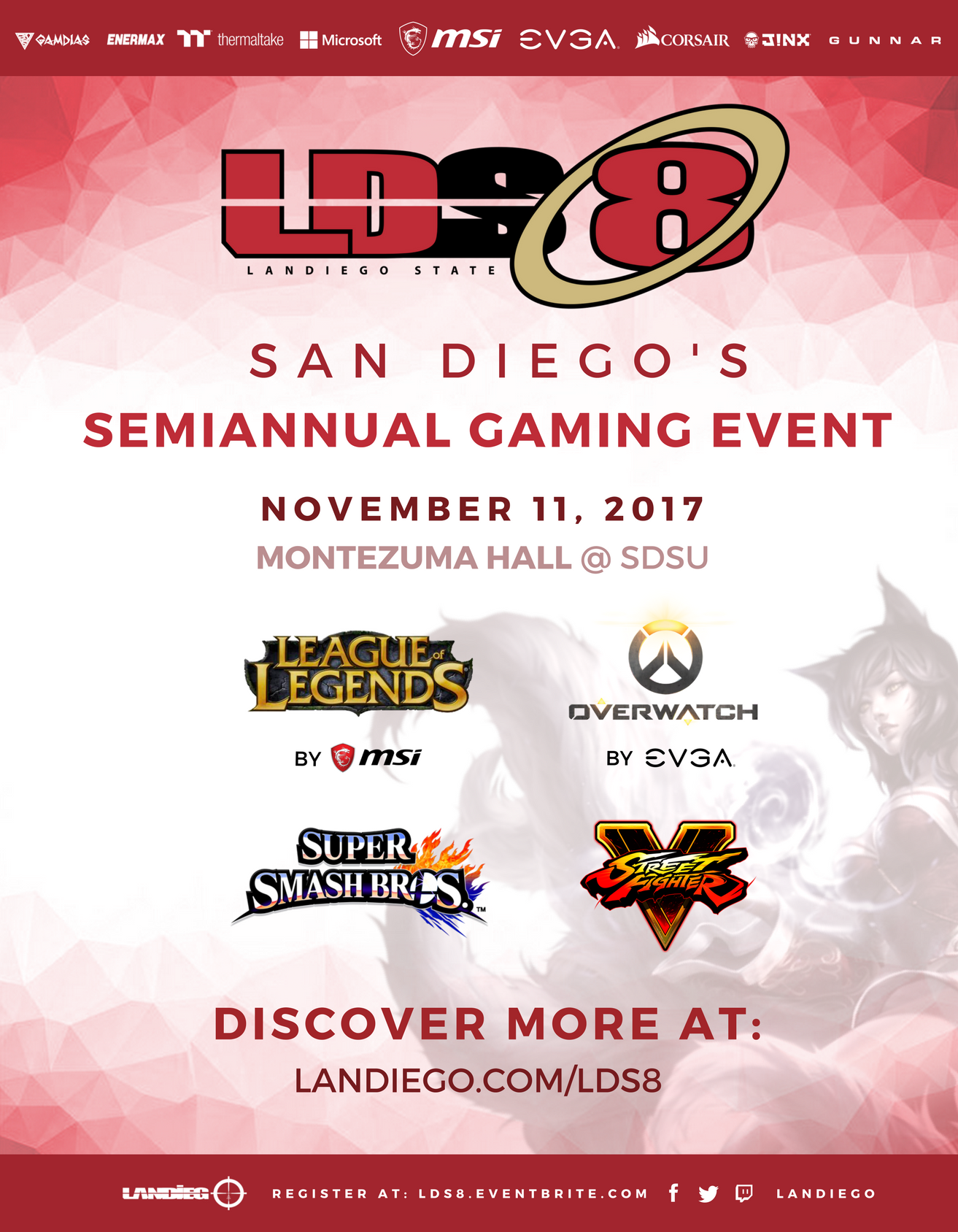 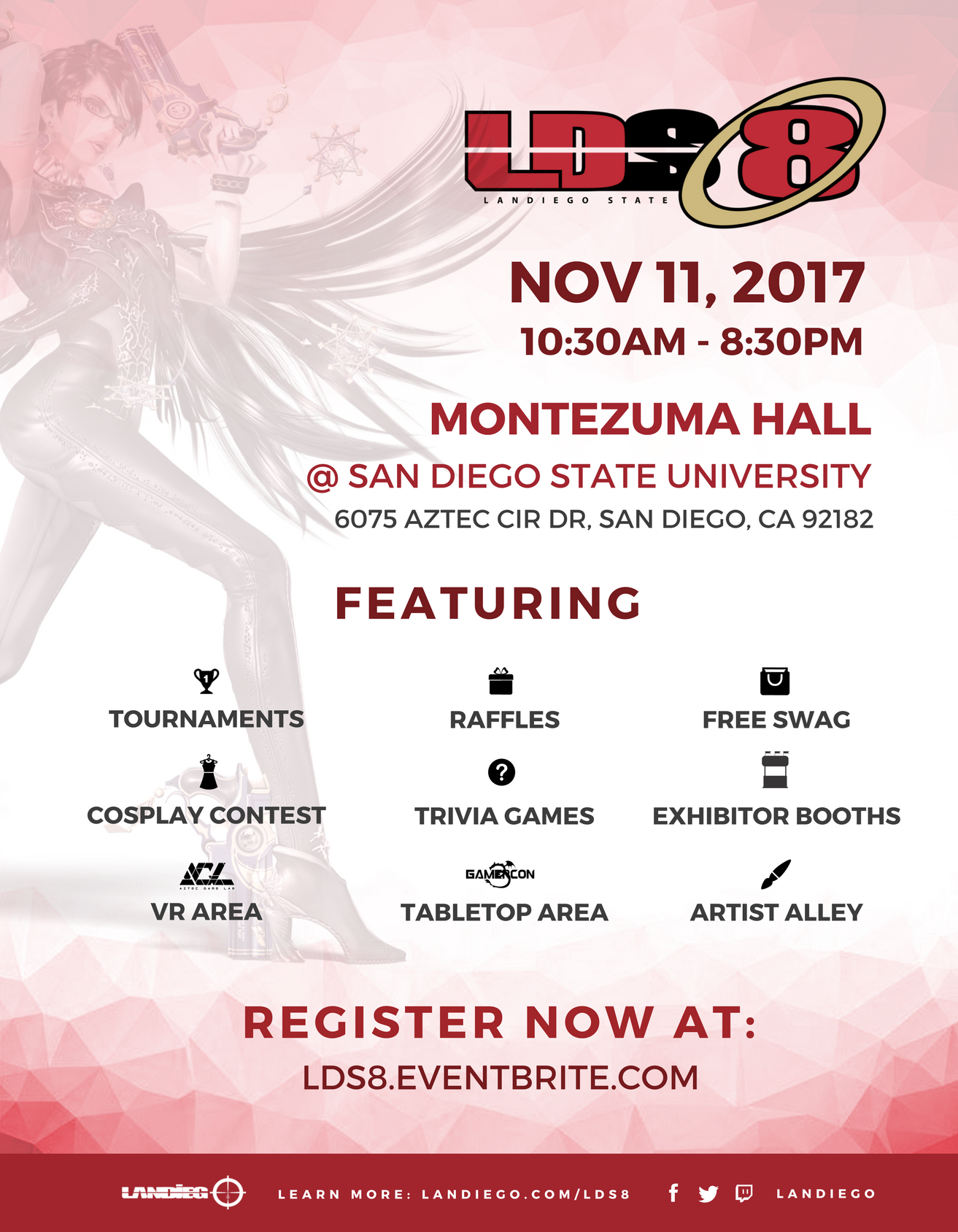 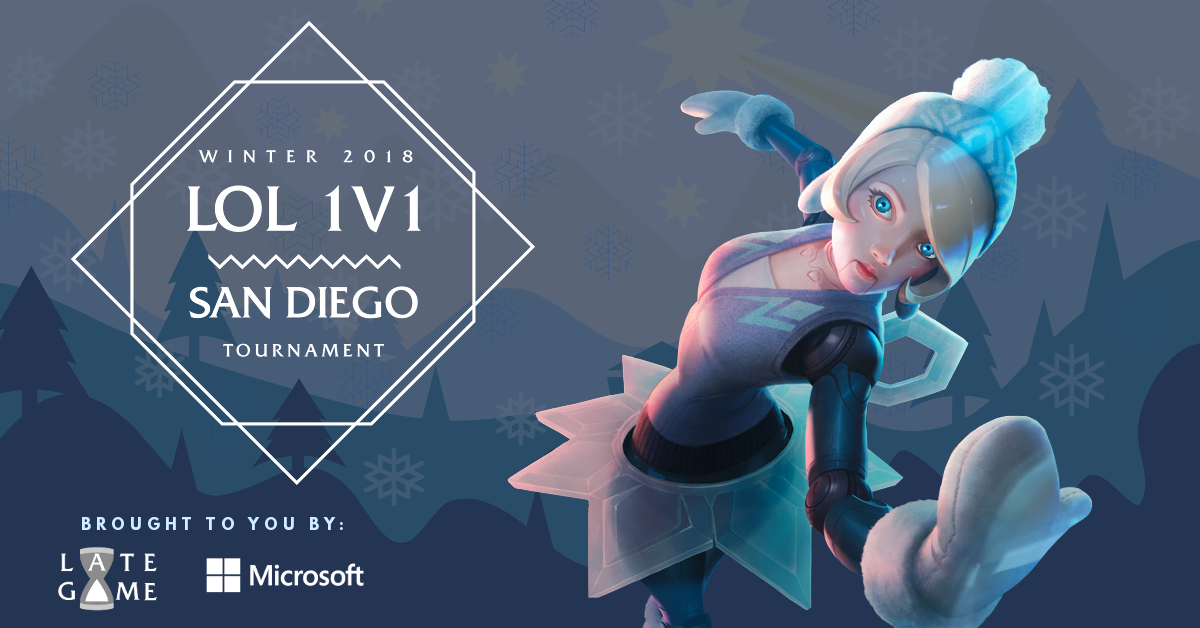 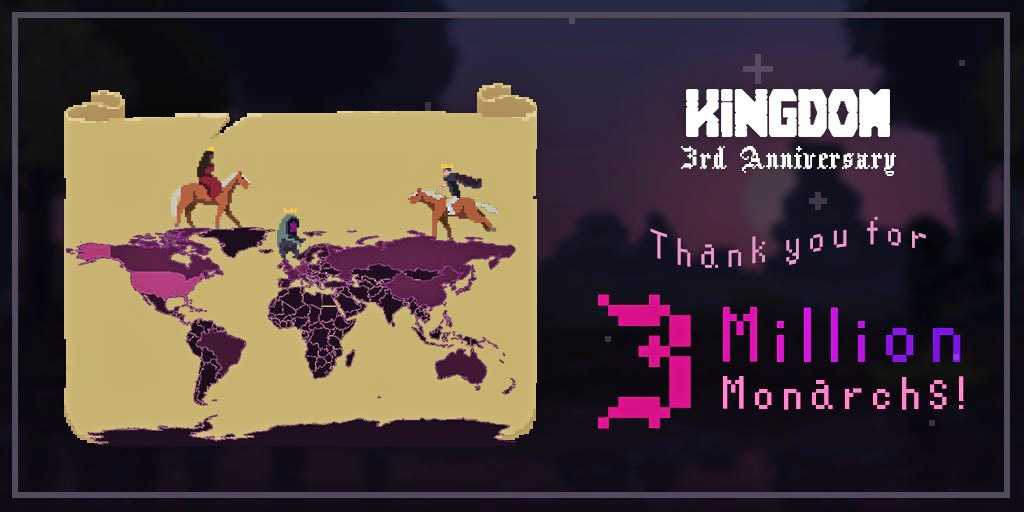 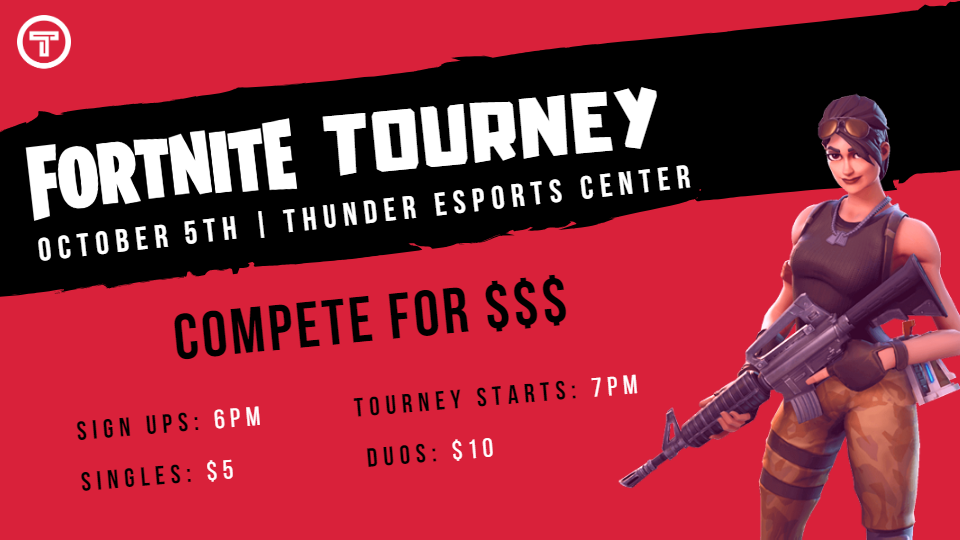 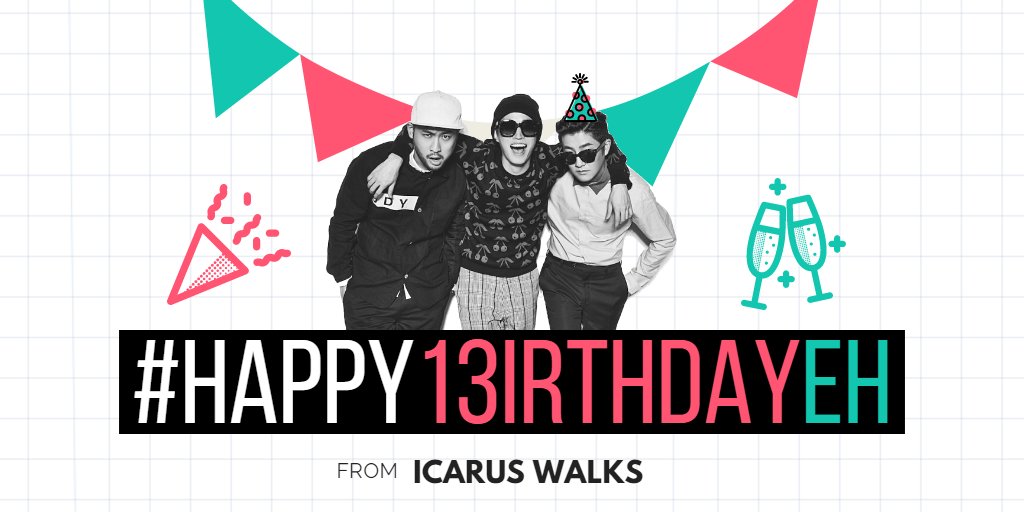