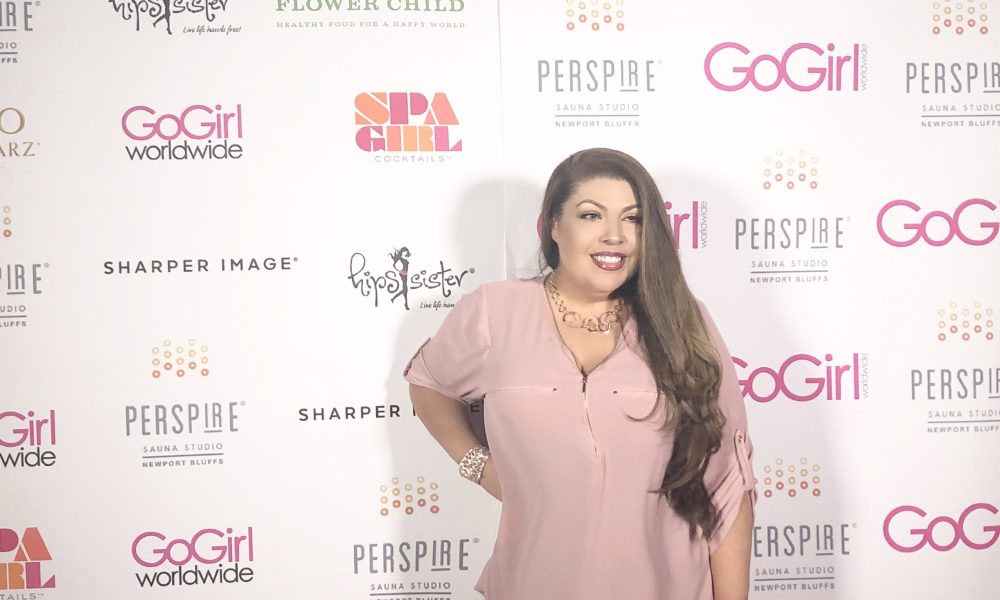 Today we’d like to introduce you to Rachel Medina.

Rachel, let’s start with your story. We’d love to hear how you got started and how the journey has been so far.
I launched JustHome Magazine, now known as JustHome.us after unexpectedly losing my job at another publication. I had never been fired before, and being that I had worked so hard and achieved so much for that company, I felt blindsided. Add to that the fact that I had just gone through a divorce and was a newly single mother at the time, it was a confusing and terrifying time.

What happened next turned out to be a great unexpected blessing! The day after being fired, I spent the morning sending out my resume to a slew of companies, and praying! Then, by that evening it occurred to me that if I was able to help that company become more successful then it had ever been, maybe I could do the same if I launched my version of that business. Similar in theory but much different in the approach. So I stayed up late doodling potential logos and searching for domain names until I came up with JustHome. The next morning I sent out the next round of resumes, something I did every morning as I viewed my soon to be start-up as a back up plan for if I couldn’t get a job. Then by the afternoon of my second day of being jobless, I had a sell sheet with logo and product information and I sent it over to the marketing director of a large home improvement company who saw it and agreed to speak with me. By the end of that call, she said “okay let’s do it! Just tell me how much it costs.” Well, I didn’t know (yet) so I belted out $1000, and she said, “done!” Once I had the check in hand, I used all of that money to officially build and structure the business.

Over the weeks following that first deal, various people I had met at the other company began to quit their jobs there and started asking me what I was up to. Once I shared everything that I was building, one by one they offered to join me to help in any way they could while they looked for jobs.

One year later, we had a fully functioning business, a strong team of independent professionals/friends, and six figure monthly billings. Since then, I’ve gone on to launch other businesses, some of which didn’t work out. But one, in particular, is my current partnership with GoGirl Worldwide Magazine. Also, a grass roots start up imagined by a friend of mine named Jennifer Murphy who needed a business partner that could help make the magazine arm of the brand a reality.

It’s not easy to decide to put everything you’ve built for yourself and with your team, aside to shift focus and help build someone else’s dream. But that’s what I did and I shared the opportunity with my JustHome team members and together, along with a few other gogirl team members, we’ve built an outstanding product, brand, culture, and media company that sets a new tone for empowering women. It’s my proudest work yet and everyone involved feels a sense of really making a positive impact in the lives of others. Of course, money is a motivator, but to help others by doing what you love to do, is a great gift!

So today, I wear many hats, President of JustHome.us, Co-founder and Publisher of GoGirl Worldwide Magazine, and host of my new self help podcast called Rachel Unpacked – unpacking life’s baggage together.

Has it been a smooth road?
There’s a big misconception out there that being an entrepreneur is this glamorous, stress free experience when it’s the complete opposite. If you have an idea for a business but in your mind you imagine everyone else doing the work for you while you go through your days basking in the glory of it all, do NOT, I repeat, do NOT attempt to become an entrepreneur.

This road requires a strong work ethic that demands 70 plus hours a week of your time, focus and effort. If you’re not willing to roll up your sleeves and be the hardest working person at your own company every single day, you’ve failed yourself, your team, and the dream that was your business. On top of having to work day and night the first and second year to get my businesses to where they need to be, life still happens.

My social life went from hero to zero because a successful startup demands all of your extra time. Friends of mine didn’t know how to interpret this and it often leads to people you love feeling abandoned in away. Not everyone will understand your hustle and those who cheer for you at the start may not be around at the finish.

And just when you think you’ve reached a high where you can kick it into autopilot and coast a little, that’s usually the point where you need to reinvent areas of your business to accommodate growth and change.

In my case, JustHome was finally at the reinvestment stage with a new growth plan in place, GoGirl was 80% built and just about ready to launch when my 25 year old son was struck and killed by a car on Valentine’s Day as he was attempting to rescue a small dog from the road.

Nothing could prepare me for that devastating call. And in the days to follow, I went from a happy, thriving entrepreneur, to a shell of a person who could care less about revenue targets, marketing plans, red carpet events or anything other than my son and the pain of his absence.

What I didn’t know way back in 2015 when I launched my business was that it would be the life boat that saves me yet again. I reminded myself that I had a team of people I was responsible for. I had another son I was responsible for. I had clients, a home, and my commitment to GoGirl that I was responsible for… and one month later, it took all the prayer. courage and energy I had to get back out there and do what I had to do. And that, in many ways saved me. It meant my younger son didn’t have to lose his brother and his mother in a sense. Being an entrepreneur is the craziest thing you could be, but it’s worth it in so many ways you wouldn’t expect. Had I been working for someone else, I may had not had the space and time to process it all. Ten months later, I’m still not myself. I’m still not as on point or focused. I’m still quietly and painfully processing. But I’m moving forward. And there’s a strength and healing in that.

Please tell us about your work.
JustHome.us is an online home improvement resource where homeowners can go to hire a home pro in their area, for their home improvement project. We make sure the homeowner can connect with the home pro of their choice in as little as three clicks. They can get a quick quote or click to call right from the home pro’s listing or profile page.

We also have a digital magazine that homeowners subscribe to for free, it’s digital and interactive, so homeowners can see an ad for a home pro and watch a video about their work right from the ad.

GoGirl is a publication that showcases seemingly ordinary women doing extraordinary things in their lives, careers, and communities. We identify women of all backgrounds and success levels, who have inspirational stories and we share their stories on GoGirlMgz.com and our social media handles as well as in the digital flip magazine.

Rachel Unpacked is a podcast I launched recently, where I share the life lessons I’ve learned and unpack them in a way where listeners can apply the tips and lessons to their own lives. It’s a solo cast meaning it’s me in my chair talking, laughing, sharing, for 30 minutes one time per week. It’s been more fun, healing, and rewarding than I anticipated. I launched the show on my website at rachelmedina.com/podcast and on YouTube at first to see if I liked it but also to see if anyone cared to listen… and so far I do and many have! So I’m preparing to launch the show across all major podcast channels.

Let’s touch on your thoughts about our city – what do you like the most and least?
San Diego is a place of dreams. It’s known for having some of the best weather in the country and the people are so laid-back. It’s refreshing. I don’t have anything negative to say about it. It’s a gorgeous place to live, work, and play. 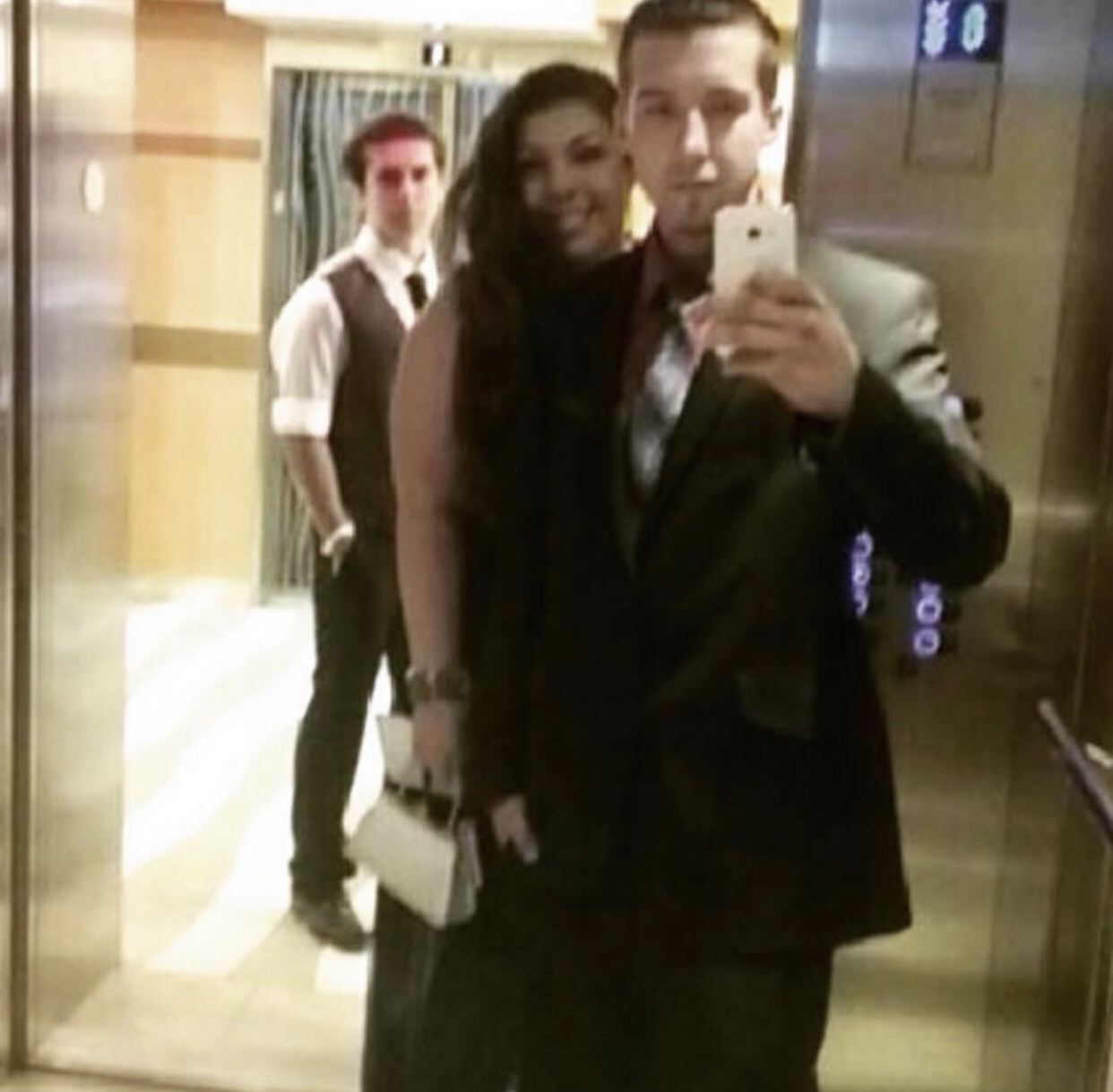 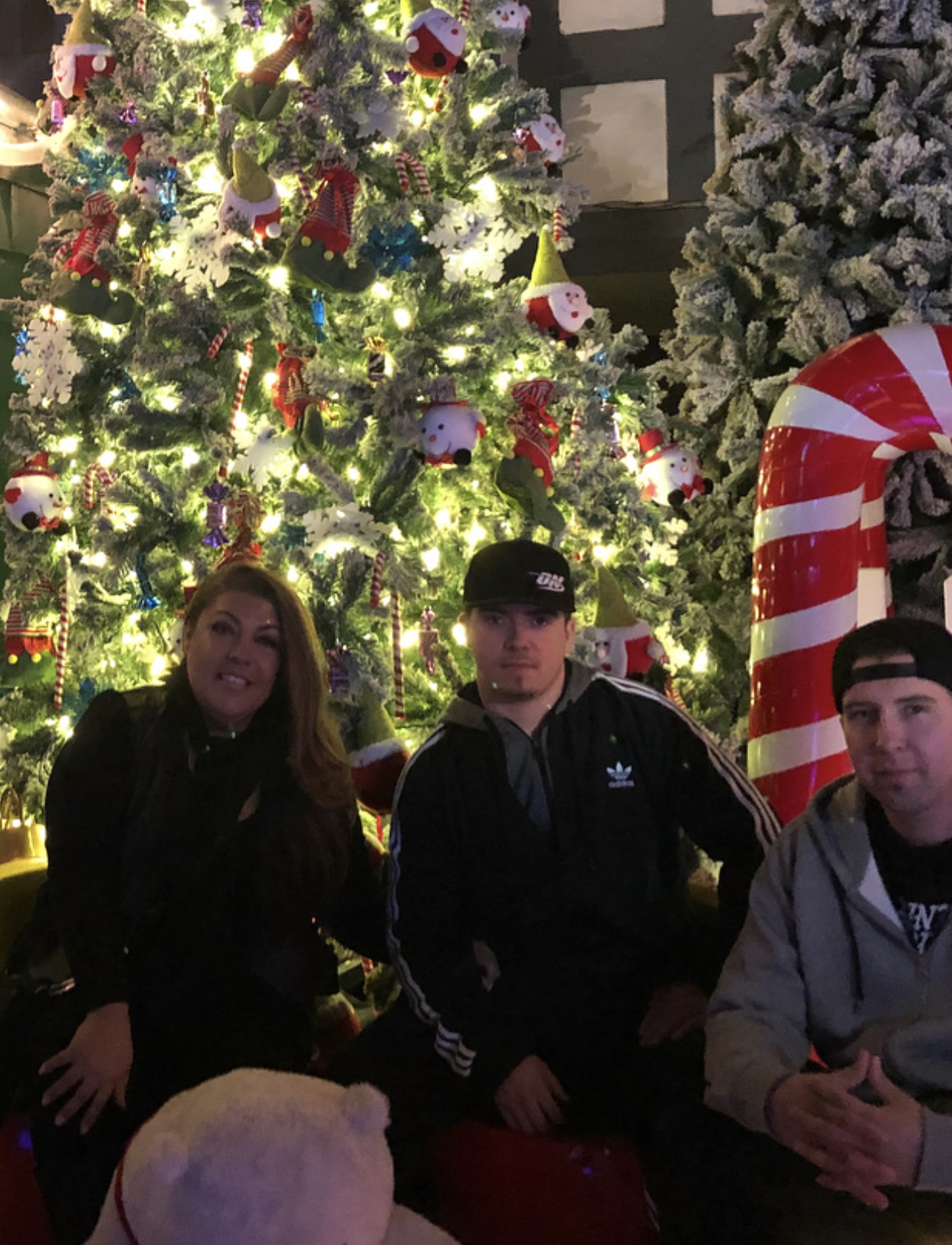 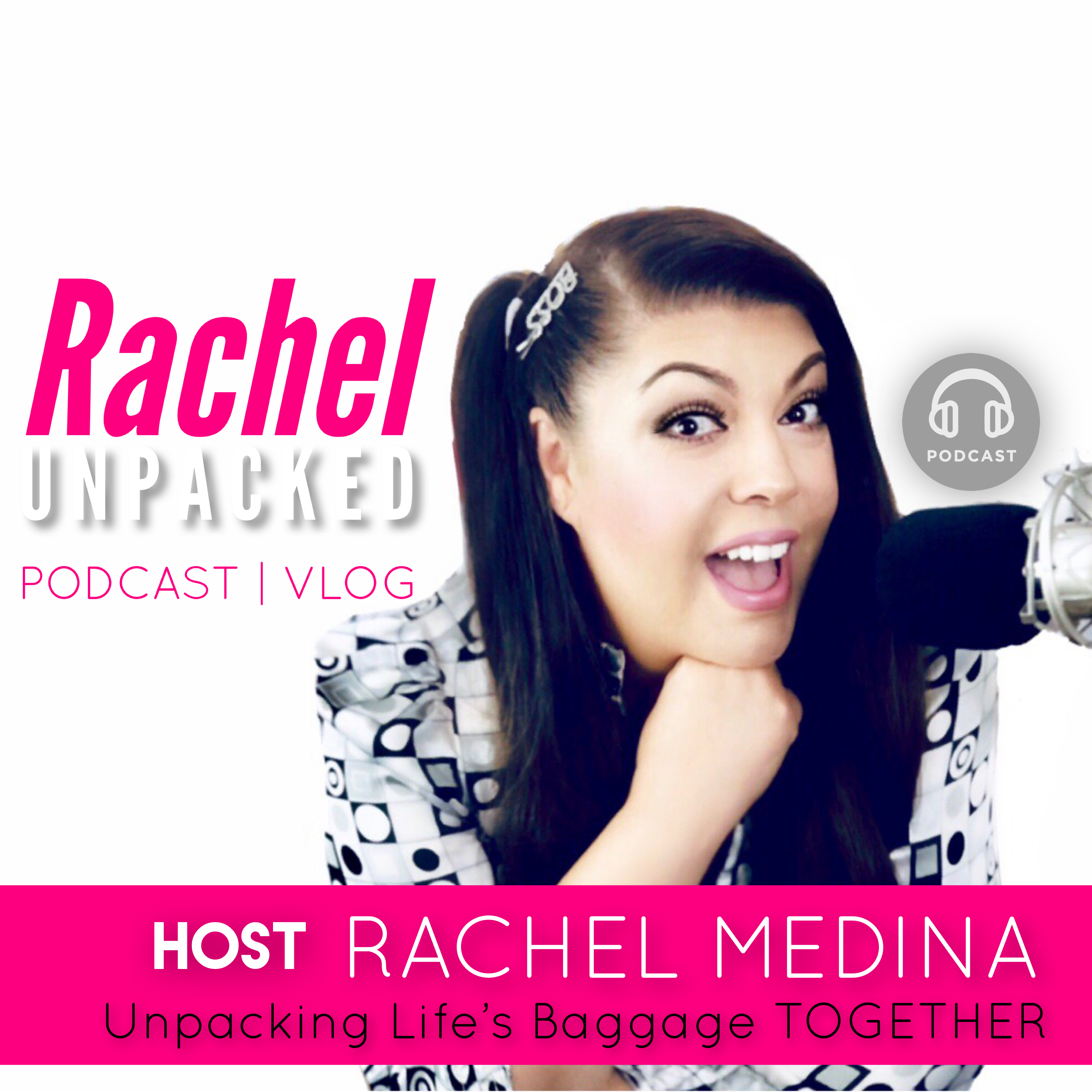 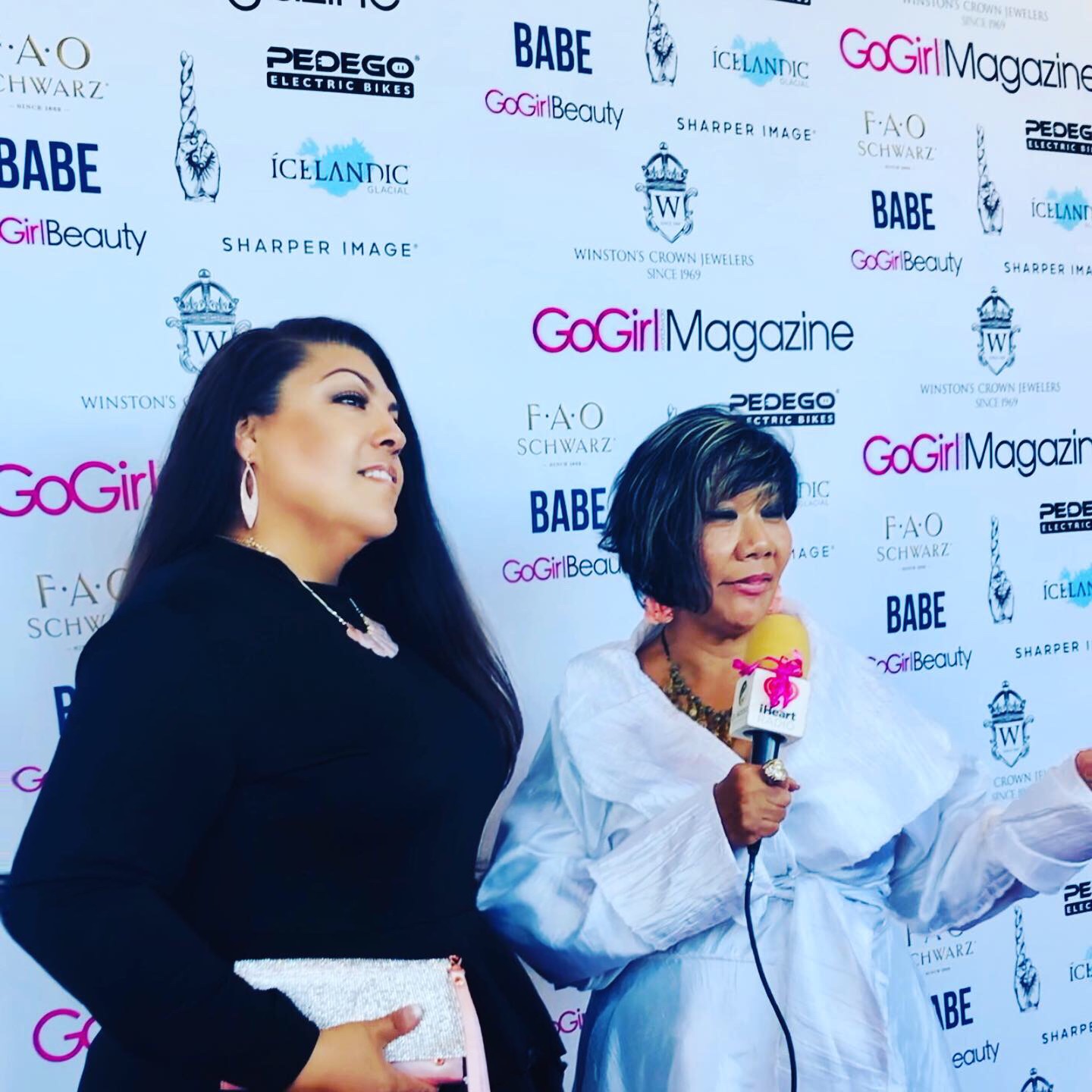 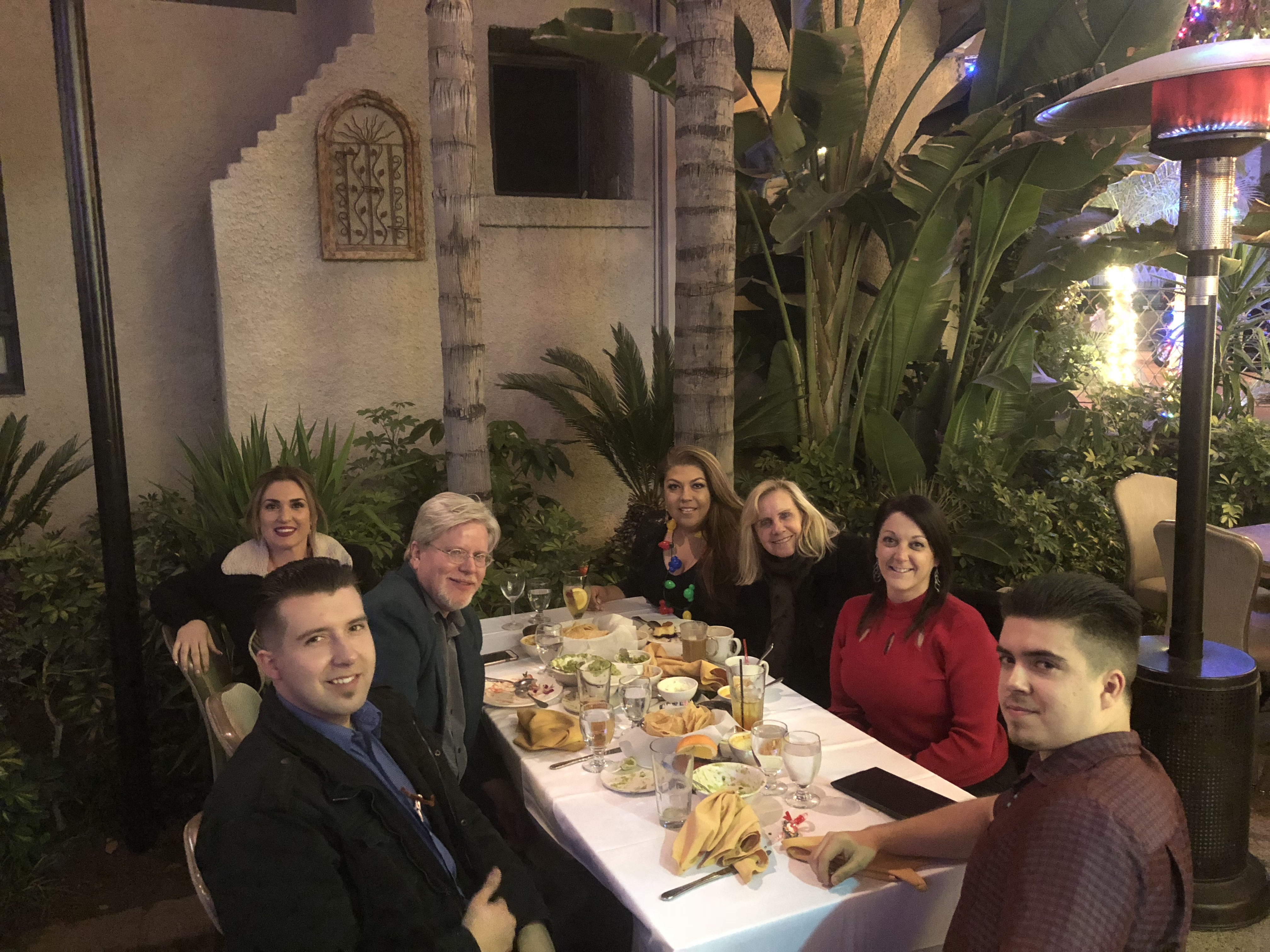 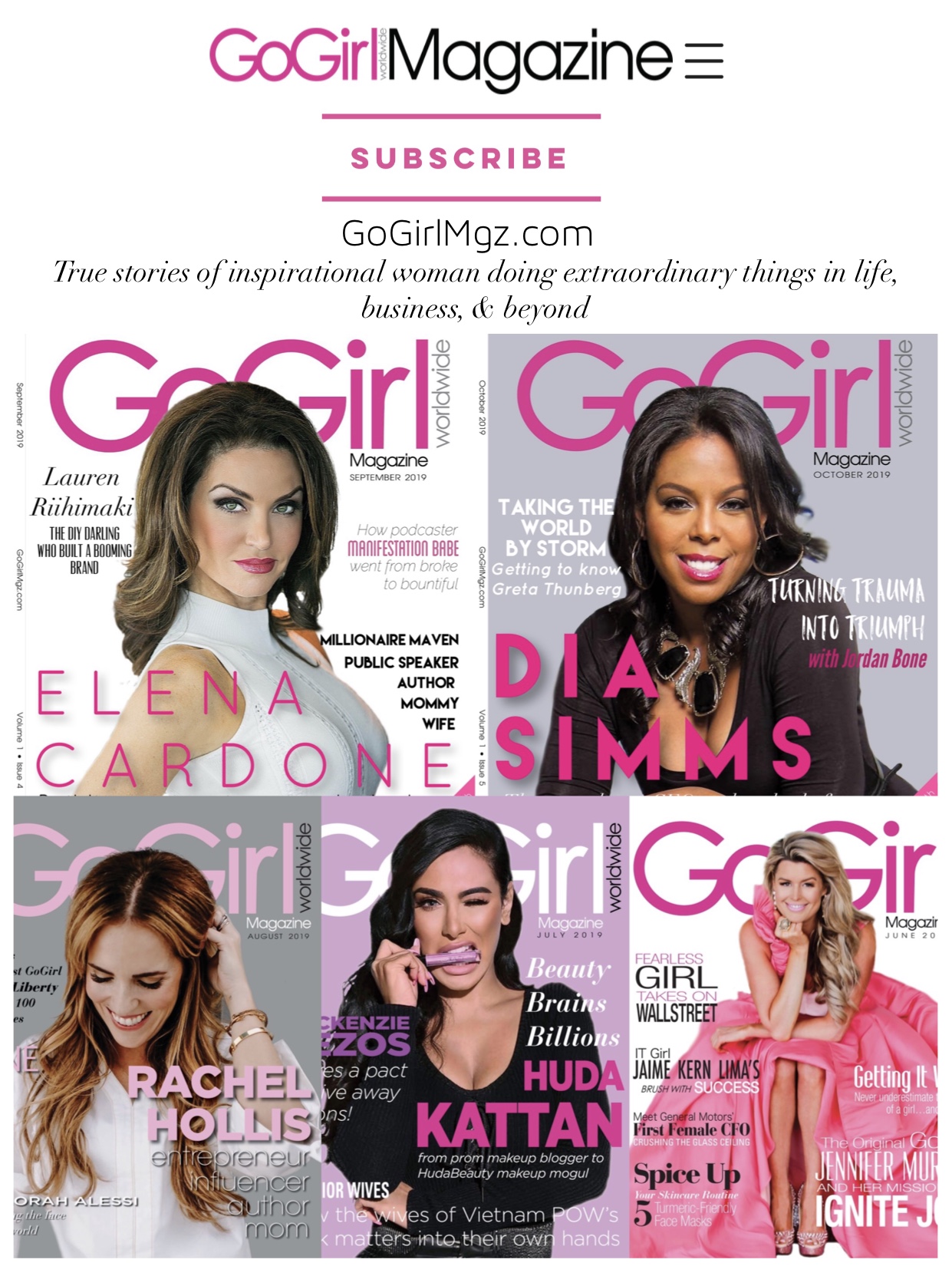 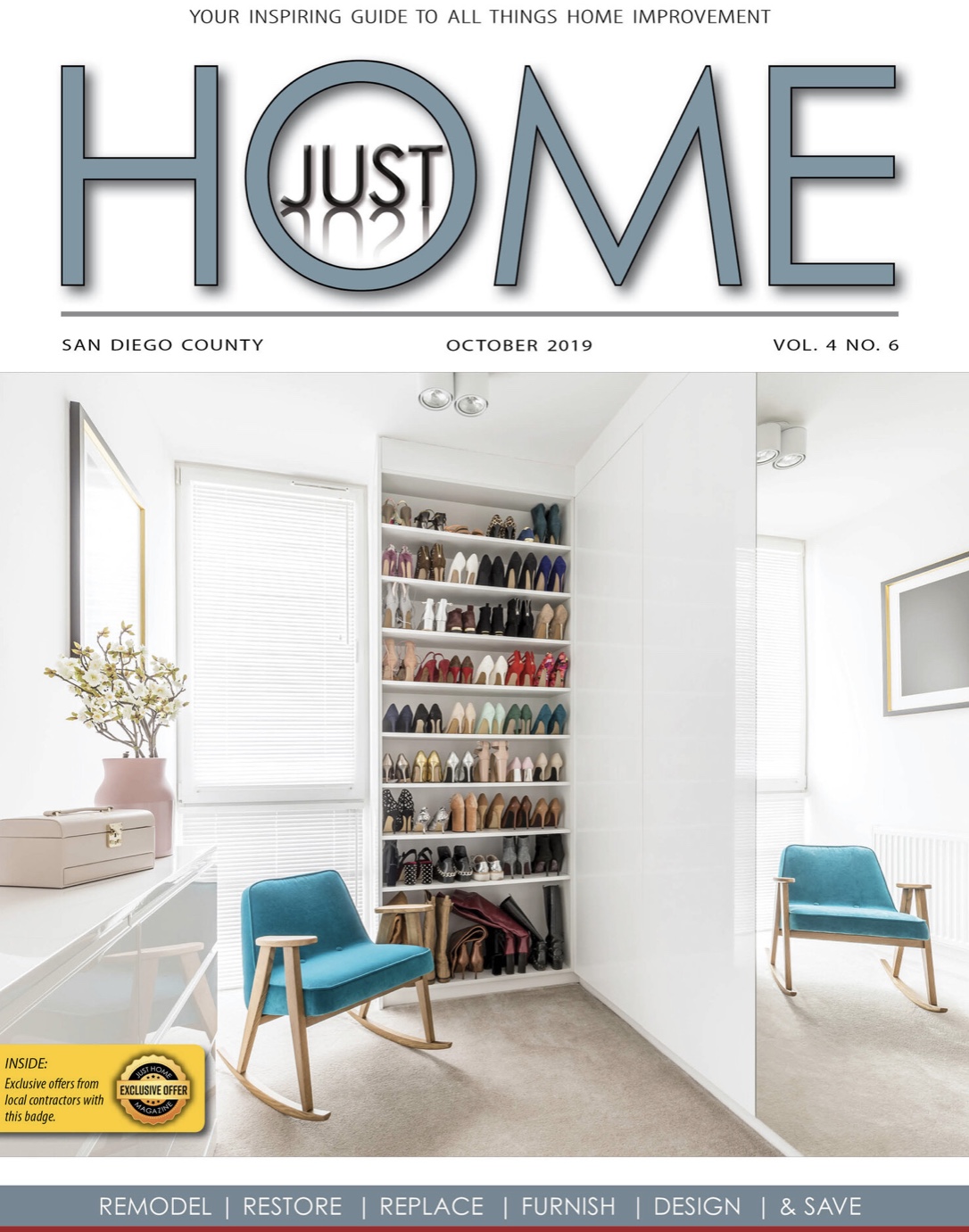