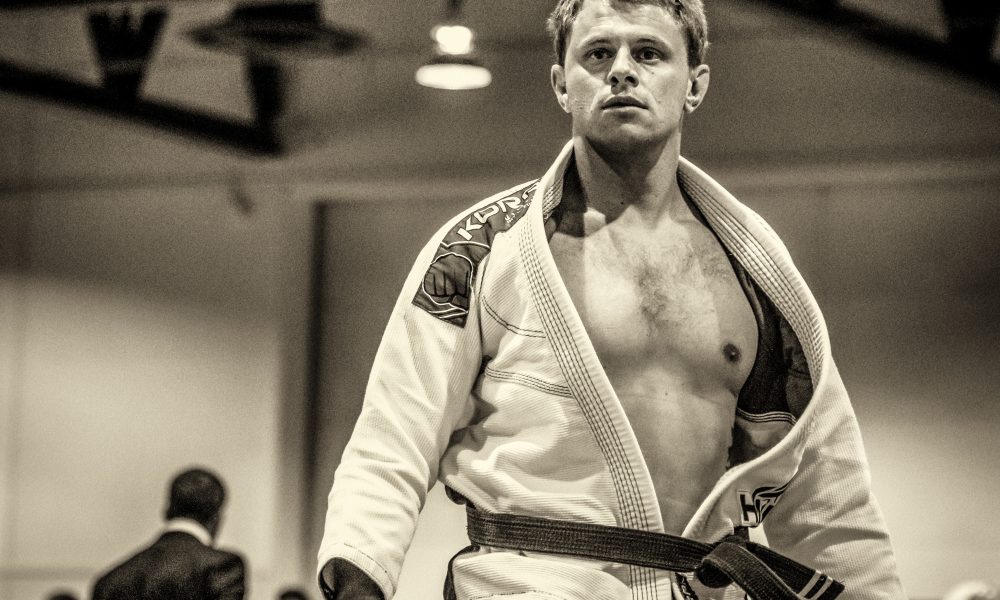 Today we’d like to introduce you to Rafael Dallinha.

So, before we jump into specific questions about the business, why don’t you give us some details about you and your story.
I was born in Brazil and grew up on the Brazilian island of Florianópolis as an active surf competitor.

Although I enjoyed and continued to enter surf competitions, I think I was not good enough. Most of my friends were involved in Brazilian jiu-jitsu classes and they kept insisting that I give it a try. In 1999, I started and since then I haven’t stopped.

Murilo Rupp, who was my first instructor, sent me off to the United States to train under Rodrigo Medeiros in San Diego. Back then, I was just a blue belt and couldn’t make money only with Jiu-Jitsu, so I had to hold many different jobs; I worked with Valet Parking, restaurants, security and such trying to make a living and support my dream to one day have my own academy. In 2007 I got my Brown belt and finally got my first Jiu-Jitsu job as an Instructor at UFC Gym where I worked until 2013. While I was there I was also working a few different jobs to be able to make ends meet.

In 2013, I got an invitation from Clark Gracie to go work with him in La Jolla at his place. After 2 years working with him I decided to take over the La Jolla academy and since then I’ve been working hard to make it a success.

Before making it to Rodrigo’s gym, Rafael entered in the IBJJF (International Brazilian Jiu-Jitsu Federation) Pan-American competition in Los Angeles in 2004. He fought 6 times during that tournament where he successfully tapped out 5 of his opponents, losing in the semi-finals and receiving a 3rd place metal.

Rafael further delayed his move to San Diego and decided to stay in Los Angeles for almost a year, training under Master Gerson Sanginitto. During his stay in LA, Sanginitto awarded him with his purple belt. Shortly after, Rafael finally made his way to his intended destination of San Diego to train under Master Rodrigo Medeiros.

Rafael became a fierce competitor while training under Medeiros and traveled to many competitions to defend his skills. In 2007, Rafael received his brown belt from Medeiros, which is when he also decided to take up jiu-jitsu as his vocation. He started teaching classes at Medeiros’ P.B. Fight Center helping with the kid’s jiu-jitsu classes and continued to refine his techniques.

In 2010, Rafael received his black belt from Medeiros. He continues to train at the P.B. Fight Center and has since received 2 stripes on his belt, meanwhile teaching at other affiliate gyms. He has since transitioned from being head instructor to also the owner of Clark Gracie La Jolla.

We’re always bombarded by how great it is to pursue your passion, etc – but we’ve spoken with enough people to know that it’s not always easy. Overall, would you say things have been easy for you?
Thank God, it’s been a really good road. Of course, there’s a lot of ups and downs but I’m glad I have lots of good students that are giving me a lot of support.

So, as you know, we’re impressed with Clark Gracie Jiu Jitsu La Jolla – tell our readers more, for example what you’re most proud of as a company and what sets you apart from others.
We are a Brazilian Jiu-Jitsu Academy and I have been a competitor since I was a kid. I did not want to lose my focus of competing when I took over the gym and I’ve been able to do that while pushing others from the team to compete and as the same time keeping a great family atmosphere.

We are proud to be a part of the La Jolla community. We have strong Kids, Adults and Women’s self-defense programs. I think we are having a big impact on the community and helping thousands of people change their lives for the better.

So, what’s next? Any big plans?
We are always looking to keep our students happy and this is our number one concern.

As we continue to grow, we will soon need to expend our facility.

Also, we would like to get more involved with the community and local schools to help spread  the Jiu-Jitsu way of life.