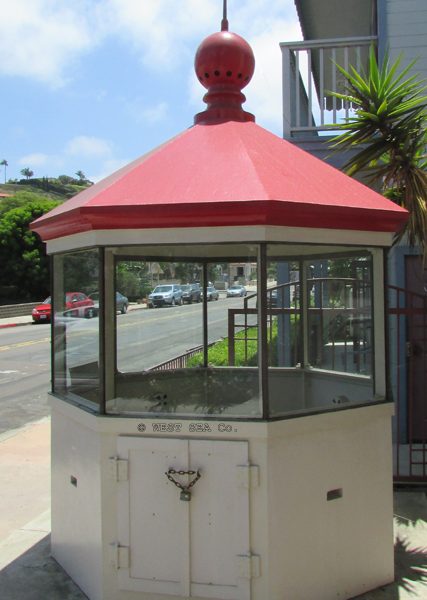 Today we’d like to introduce you to Rod Cardoza.

This mom & pop business was begun in 1975 by 2 former Navy officers, one fresh out of combat carrier duty in Vietnam and the other serving as a liaison to the U.S. Navy’s Military Sealift Command in Taiwan, in support of America’s efforts. As it turned out, Taiwan was THE major ship scrapping center of the world in the early 1970’s.

The two officers on this fact and began shipping container loads of old ship relics to the U.S. As the business evolved and flourished, each resigned their Naval commissions in the late `70’s and went headlong into the selling of nautical antiques. At first, there were two locations, San Diego, CA and Norfolk, VA. But by 1979 the two were consolidated into one operation with the name “White Star Recovery Company,” in homage to the greatest potential ship salvage opportunity of all time — raising the HMS TITANIC. By 1981 our White Star had risen.

The two partners went their separate ways, and Rod Cardoza and his wife, Becky, embarked on a new business located in San Diego’s historic Gaslamp District under the new name West Sea Recovery Company. The business grew by leaps and bounds. By 1985 it was clear we were no longer a salvage company, but a bona fide purveyor of genuine nautical antiques. As such, we dropped the name “Recovery” and became what the business remains to this day — “West Sea Company.” As our knowledge, expertise and experience grew, so did our business. We were doing half a million dollars annually in sales by 1987. In 1989 we conducted the first of 3 nautical antique auctions we held on the East Coast. Those auctions are still fondly remembered by many of our long standing customers. In late 1989 we saw the opportunity to move to our own architect-designed facility in San Diego’s historic Old Town district.

There we have conducted our specialty business for the last 27 years. In that time, we have served the needs of institutions, museums and collectors alike. They include the Smithsonian Institution, Mystic Seaport Museum, Disney Studios, the movies “TITANIC” and “MASTER AND COMMANDER,” the New Bedford Whaling Museum, singer Billy Joel, Elton John, TV celebrity John Walsh, actor Tommy Lee Jones, Russel Crowe and America’s Cup winning skipper Dennis Conner, among others. We have made appearances on the History Channel’s popular real life TV program “Pawn Stars,” and “Storage Wars.” To date we offer museum-quality marine art and artifacts dating from the 16th century onward. West Sea Company has established itself as one of the enduring and most respected players in the Maritime antiques industry, noted for its knowledge, veracity and competitive pricing. Our comprehensive website is www.westsea.com.

Great, so let’s dig a little deeper into the story – has it been an easy path overall and if not, what were the challenges you’ve had to overcome?
Certainly no one who has attained fame and fortune has had an easy ride, if done entirely on their own. In our early days we often stayed up until 3 A.M. working on unique projects to present to our customers. Money invested in future stock was borrowed from our parents. A second bedroom in our tiny 1950’s house was our “warehouse.” Studying the market and the history of the items we were offering for sale, included countless hours at the library prior to pre-Internet searches. One of our first “major” sales was to an executive of the Wrigley Chewing Gum Company. It amounted to just over $500 in 1979. To this day, it ranks as one of the most significant transactions in our business history, which has since seen sales of 1/4 million dollars for a single object.

Alright – so let’s talk business. Tell us about West Sea Company – what should we know?
This company is unique. And therein lies the key to its longevity — nearly 40 years. We have no competition. We deal exclusively in authentic/antique marine (maritime, nautical) antique and art. These items cannot be ordered on Amazon! The categories are diverse, but include maritime art, ship models, maritime instruments, scientific instruments, sailor folk art and ships’ relics, among others. We are most proud of the fact that we are held in high esteem by virtually *every* customer we have come in contact with. Our positive feedback numbers in the thousands. This is in virtue of the fact that we are knowledgeable in the very narrow field of expertise which we hold and out product line and its prices continually beat the competition. As such we currently have over 3,000 repeat customers.

Is there a characteristic or quality that you feel is essential to success?
Honesty. Willingness to provide the customer with the best quality, price and service available from any other source in the industry.