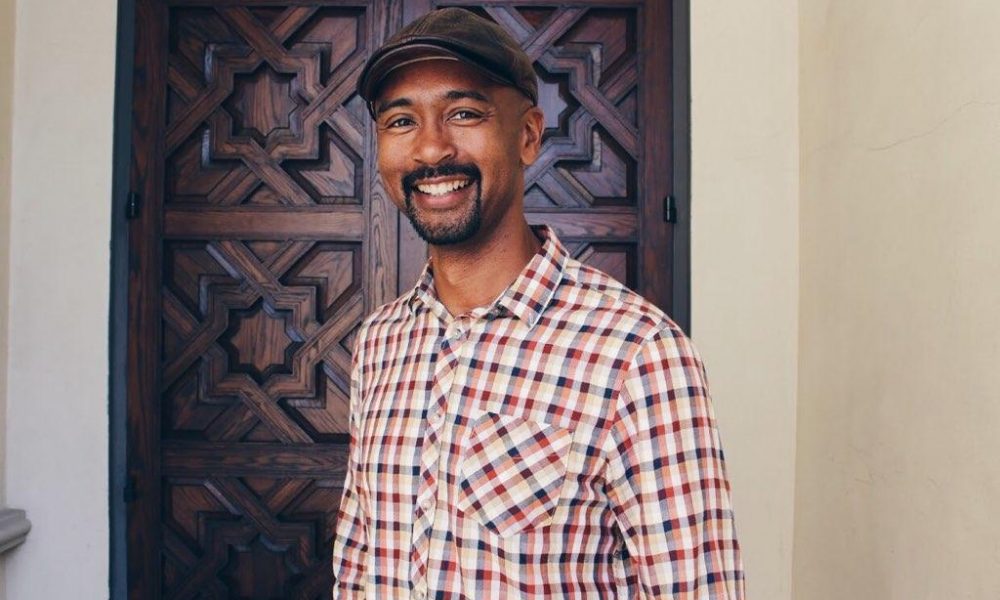 Today we’d like to introduce you to Paul Minifee.

Paul, please share your story with us. How did you get to where you are today?
I was born to two teenage parents in a small, rural town in Texas. My parents, who believe strongly in education, got married when they graduated from college. I was the ring bearer at the wedding–one of my fondest childhood memories. Known as a sensitive “cry baby” in elementary school, I was bullied often, and I lacked confidence in my abilities in school. However, our move to Louisville, KY proved the most transformative period of my entire life. My fifth-grade teacher, Mrs. Theresa Rice, my pastor at First Baptist Church of Jeffersontown, Rev. Thurmond Coleman, Sr., and my parents all helped me discover my sense of self–a confident, autonomous, and outgoing self I’d never known. They helped me find my voice and a deep love of literature, writing, and spoken word. They also convinced me that I could become a student leader.

Subsequently, in high school, my classmates elected me president of my freshman and sophomore classes and president of the student body during my school year, the same year that the school voted me Homecoming King. During my high school graduation speech, I honored Mrs. Rice, Rev Coleman, and my parents, and I still do to this day. The life-giving seeds that they planted bloomed in college (the University of Texas at Austin), where I double-majored in English and Psychology and realized how powerfully therapeutic writing in my diary had been for me since middle school. After sharing this with my rhetoric professor, he persuaded me to pursue a Ph.D. in rhetoric after graduating from UT. However, I took two years off to teach English in Seoul, Korea where I learned the language and culture and became deeply acquainted with my Korean heritage (my father’s biological mother was Korean). When I returned to Austin to begin grad school in rhetoric at UT, I also became the college Bible study leader at a Korean Presbyterian Church. That community played an instrumental role in helping me grow in my faith and understand God’s plan for my life. The members of that church community also encouraged me to understand the connections between my studies and my faith. Hence, my dissertation included rhetorical analyses of sermons preached to slaves during the 19th century.

Before completing my dissertation, I took a fellowship at the University of Notre Dame where I worked with seminarians on their sermons and taught writing courses focused on slave narratives and spiritual autobiographies. I spent three glorious, but cold, years in South Bend, before taking a job at SDSU in 2006. San Diego has been another ground rich in soil that has enabled me to cultivate my strengths, particularly as a teacher and mentor. I have received two “Professor of the Year” awards from Pi Beta Phi Sorority, the Malcom Love Award from Associated Students (SDSU’s student government), and a Teaching Excellence Award from the College of Arts & Letters. I have twice been chosen as the most influential faculty by graduating seniors voted as the Most Outstanding Graduate by their colleges. However, I am most proud of the course that I teach for the Honors College, entitled “Living Your Calling,” because it allows me to share with my students the wisdom and inspiration that has helped me succeed over the years. And, invariably, these students challenge me to continually better myself by cultivating my God-given strengths and virtues.

We’re always bombarded by how great it is to pursue your passion, etc. – but we’ve spoken with enough people to know that it’s not always easy. Overall, would you say things have been easy for you?
As I mentioned before, my elementary school years were quite scarring (I realized later) because bullies made me believe that my sensitivity was a sign of weakness and that my insecurities defined me. Consequently, during my low points in life, those memories haunt me and I temporarily revert back to that sulking self. For instance, during the second year of my doctoral program, I found out that a book was published that covered the majority of my research prospectus–which meant that I had to come up with a new dissertation project. I fell into a deep depression during that semester and it took me a while to mentally recover and believe that my new project would be of value. I experienced a similar low period during my fourth year at SDSU when the pressure to publish weighed heavily upon me and I realized that I would not get tenure unless I produced more and very quickly. Because I spent so much time teaching and mentoring, I put myself behind the eight ball and had to buckle down by spending less time on what I was most passionate about. Fortunately, hard work and sacrifice paid off and I earned tenure in 2015.

Please tell us more about your work, what you are currently focused on and most proud of.
My Ph.D. (the University of Texas at Austin) is in Rhetoric and Writing Studies. However, I specialize in 19th-century African American Rhetoric, particularly African American sermons, abolitionists speeches, slave narratives, and spiritual autobiographies. I currently teach these classes: “Introduction to Teaching Composition in Secondary Schools,” “The Craft of Writing Rhetorically,” “Living Your Calling,” and “The Rhetoric of Abolitionists and Women’s Rights Activists.” In academic scholarship, I am known for my work on 19th-century African American preachers such as Bishop James Walker Hood, Reverend Jermain Loguen, and Jarena Lee. At SDSU, students tell me that I’m known for my deeply introspective courses that require rhetorically crafted autobiographical narratives or manifestos. According to my students and mentees, a few things set me apart: I make a fairly bold “promise” at the beginning of my courses that if you take my teachings and advice seriously you will be transformed. I also spend a significant amount of quality time with my mentees–helping them discover, understand, and value what’s unique and virtuous about them and encouraging them to eliminate their weaknesses and cultivate their strengths. I’m also recognized for my skills as a “relationship builder.” Several student organizations and groups have asked me to work with them on building kinship among them. Most recently, I worked with SDSU’s women’s basketball team on their decision to demonstrate unity during the national anthem at their games (https://www.sandiegouniontribune.com/sports/sd-sp-anthem-protest-sdsu-womens-basketball-compromise-20171116-story.html) And, perhaps, most critically, I genuinely care about each student’s well-being, and I speak life into them as often as I can.

I am most proud of the positive impact I make on students. The psychic rewards that I receive in the form of thank you’s and “you made a difference” mean more to me than my paycheck.

Has luck played a meaningful role in your life and business?
Divine favor and faith, more so than luck, have time and time again made the difference in my life at every crucial turn. How did the bullied “cry baby” in elementary school end up the class president and homecoming king in high school? Divine Favor. How did the black boy who lived in a racist trailer park and heard “nigger” screamed in his ear on the way to visit his white friends become the advisor for an all-white women’s sorority at SDSU? Divine favor. How did the child of teenage parents become an award-winning, tenured professor at a nationally ranked college? Faith. 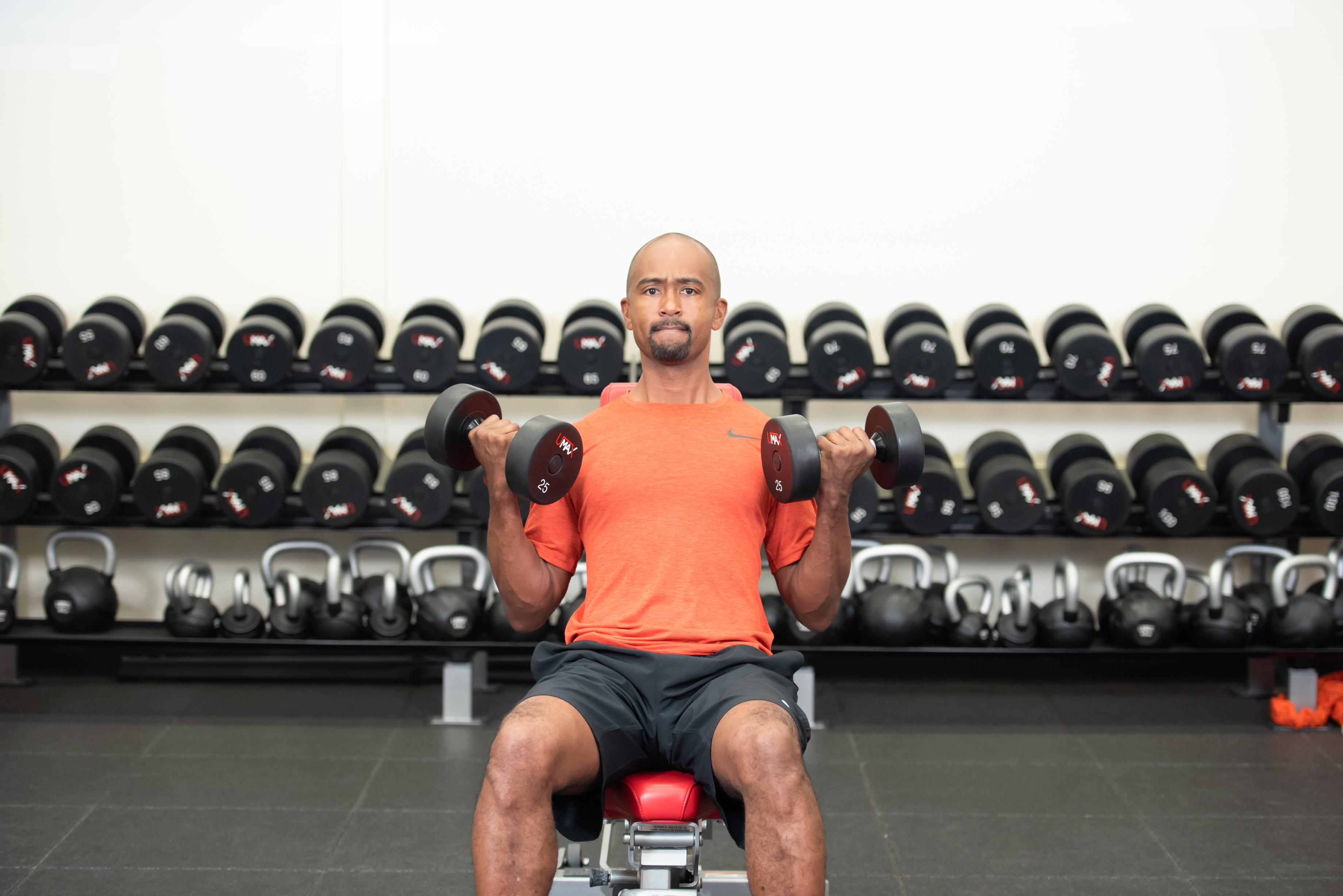 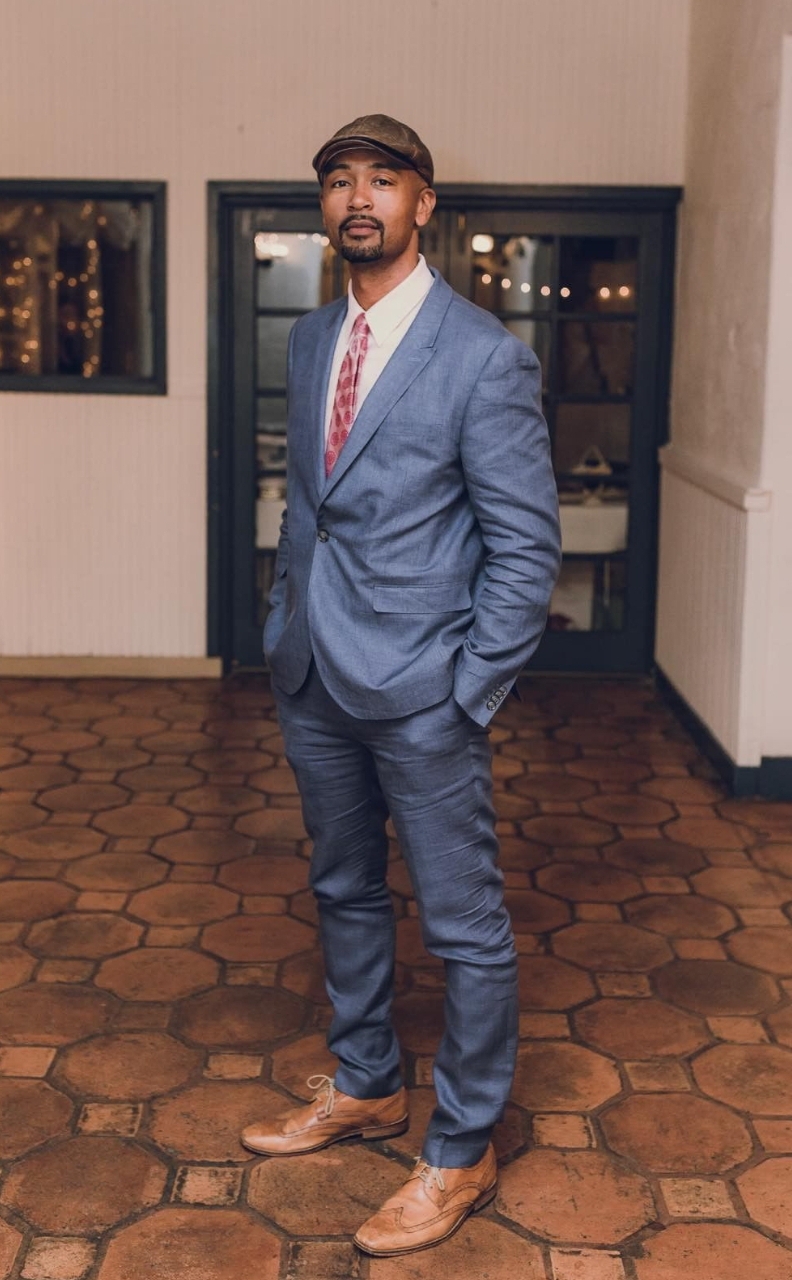 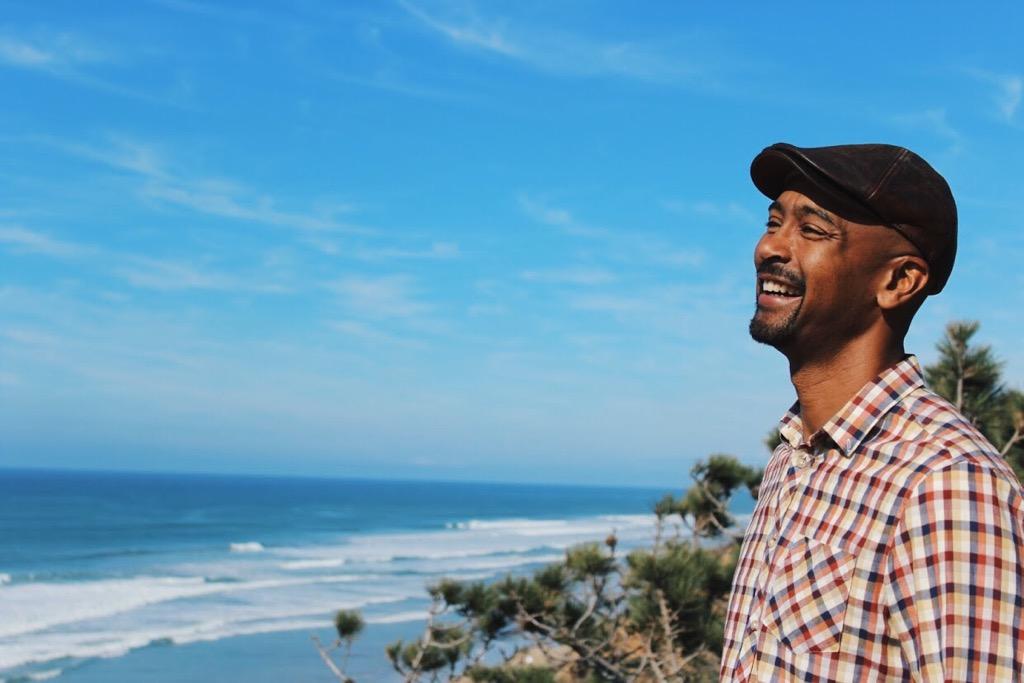 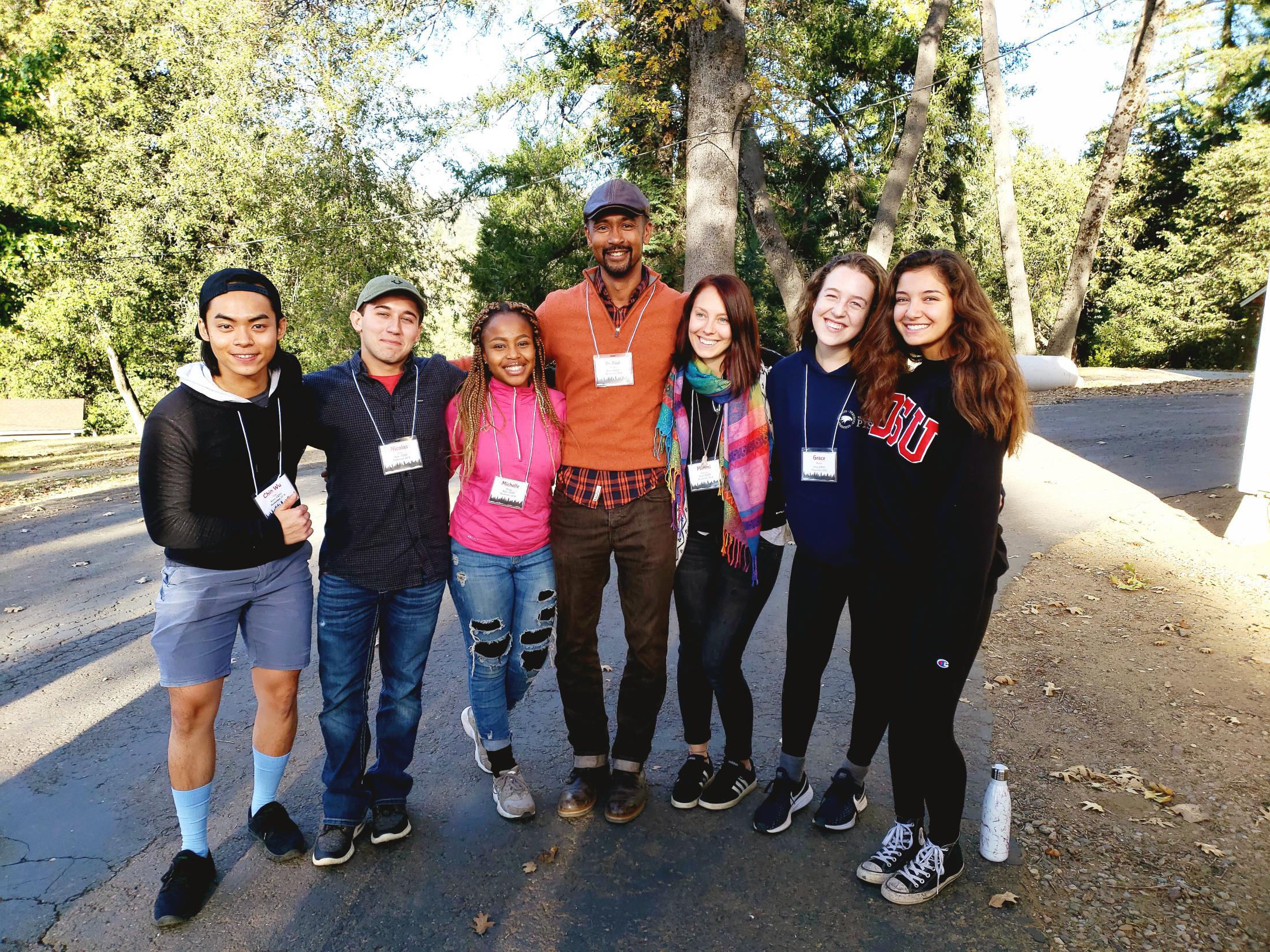 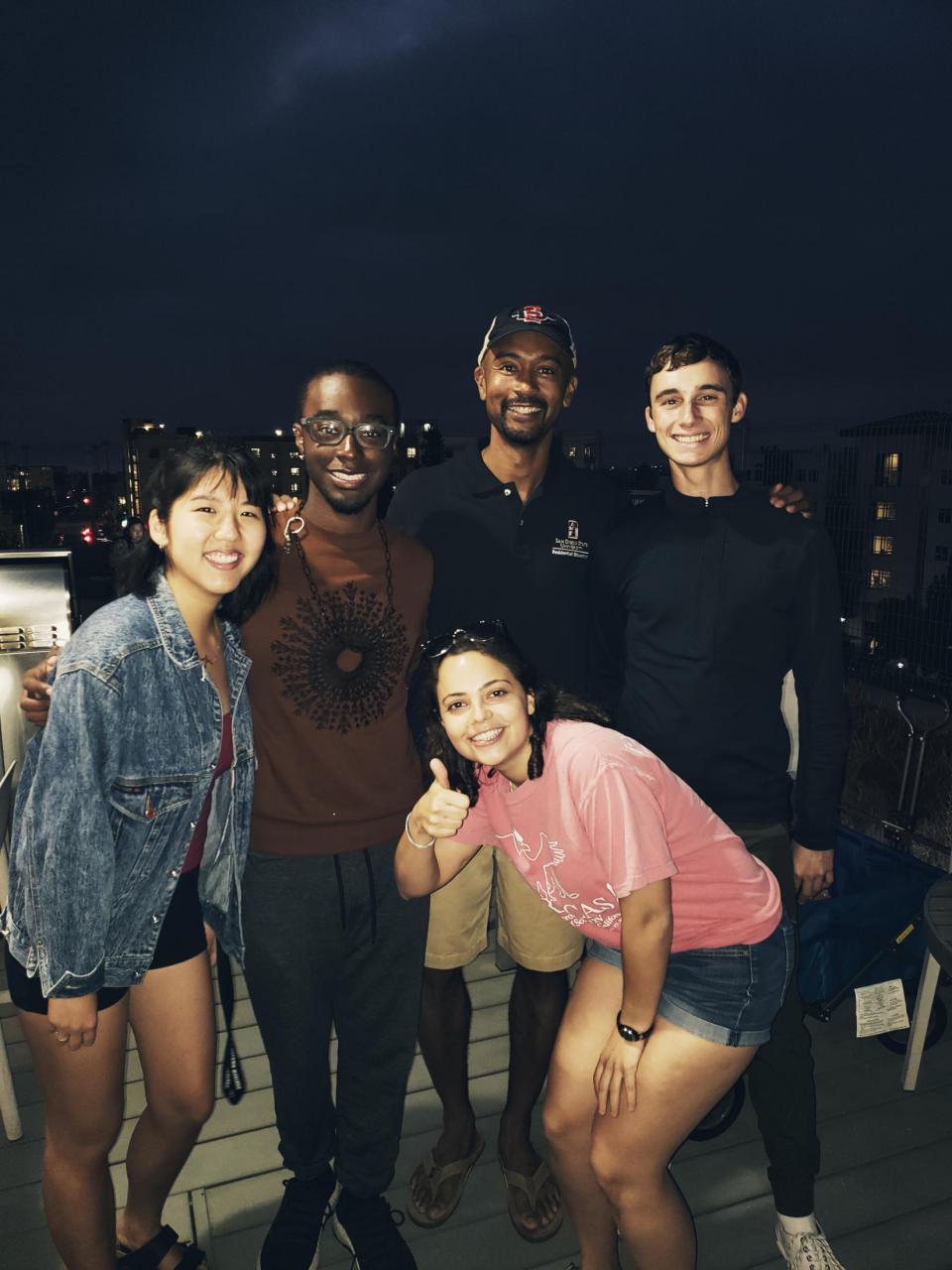