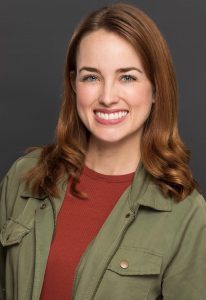 Today we’d like to introduce you to Sarah Murphree.

Sarah, can you briefly walk us through your story – how you started and how you got to where you are today
Funny People Cry Too” was created out of my desperate desire to bring TRUTH back into our society! With the rise of social media, it appears everyone has perfect, put together lives reminding the viewer—us—that our lives are not enough. Since the rise of social media, the suicide rate has increased by 30% and is the second leading cause of death for people under the age of 34. Undiagnosed depression is now the number one reason young people commit suicide. I look at that fact, and think of course it’s undiagnosed! Who are we supposed to confide in? Our friends living their #bestlife in Hawaii? Suicide rates should be decreasing—not increasing. And that can happen if we laugh, cry, and share our pain with others in a community.

Funny People Cry Too is a digital network that includes a live storytelling show and interview show where I encourage people to be vulnerable, speak their truth, tell their story, and not be ashamed to cry.

How This Show Came To Be?
In August 2016 I moved to Los Angeles to pursue acting and writing. After college, I worked in the film industry in my hometown in Nashville for three years. Things were going great! I wrote and performed in my first short film that won first place at the Nashville Film Festival. I was acting, producing, and writing, and loving every minute of it. My plan was always to come to Los Angeles. When I was 24-years-old I made the move across the country. I was ready to live out my big dream! Only, my dream did not happen as I thought it would.

When I arrived, yes – I was living out my dream, waiting tables by night and auditioning during the day. I was doing the LA grind, and going hard. Things were starting to take off. On the outside, I was doing well. On the inside, I was depleted. I was exhausted and incredibly lonely. Every step closer I got towards my career seemed to put me in further isolation of building solid friendships or a community. I was alone auditioning, alone driving, alone memorizing lines. I knew people, but there was never enough time to spend time with them. I didn’t feel depressed. I just feel numb. One evening, I decided to go see a stand-up comedy show – something I had never seen on a large scale before coming from Tennessee. That evening, at the stand-up show I was blown away by the comedians. Here was the exact thing I was craving since I arrived in Los Angeles – honesty. The comedians weren’t just making me laugh, they were sharing stories of pain, depression, being broken, lonely, divorced, and feelings of shame and embarrassment. I identified with the laughter—and the pain. The next day I signed up for a stand-up class. When the class ended, my teacher gave me a referral to perform at The Comedy Store. He said I had a knack for this stand-up thing. For the next three years, I performed shows all over LA.

You see, as a child, I was always the class clown. I liked making people laugh. I also knew funny people are liked and accepted. Funny people fit in. Yet, I longed for intimate, meaningful conversations. I craved it. Don’t get me wrong, I do welcome humor! I love it, but great jokes come from great pain, and if we never share the pain, we don’t do comedy justice. But where on earth are we allowed to share our pain? I couldn’t find a platform anywhere that welcomed and encouraged funny people to not be forced to tell jokes. This is when I created the show Funny People Cry Too. This show was born out of a necessity of what I and every comedian, artist, actor and perform I encountered in LA was craving – a place to be heard and accepted without having to pretend to be somebody or something else.

We held our first storytelling show in October at Two Roads Theatre in Studio City, CA and had a sold-out show!! At each show, we partner with a different charity and give a portion of our ticket sales to that charity. Each show has a different prompt with the ultimate goal being to end the stigma against mental illness!

The prompt for the past storytelling how was: What Does Mental Illness Mean To Me? We raised money for The National Alliance of Mental Illness and worked together to help abolish the stigma of mental illness. We had seven amazing storytellers (including me) share their stories. To learn more about what compelled me to create this show watch the link on this page: https://www.funnypeoplecrytoo.com/interview-show

Overall, has it been relatively smooth? If not, what were some of the struggles along the way?
What I’ve learned in life is when you’re working to make a dream or a personal vision a reality, nothing about it will ever be easy. Creating this show was a very challenging road. I was building something from scratch. I was creating, promoting, planning, and putting on a show nobody had ever heard of before. I had to build the website, secure the venue, plan the show, book the speakers, put money aside for food and drinks for the guests, decorate, promote the show, secure a photographer, a videographer, and a lighting and sound assistant. It was a lot.

Yet, what I have learned throughout life and during this experience is anything worth it will always be hard. So yes, building, creating, and putting on this show was extremely hard. In addition, I was working full time while I created it. I was exhausted beyond belief. Sleep at least 7 hours a night, but I was also on fire for this show. I was tired but I was not weary. I was living off coffee, but I was inspired and alive.

You see, I believe when we are doing what we are called to do on Earth our energy is abundant. It is when we are pursuing a career or working at a job we were not meant to pursue or be at, this is when we become completely devoid of strength, energy and hope. Like every artist, I was plagued with doubts. Would people come? Would people enjoy the show? Would people understand the message I was trying to give? Most importantly, would I find the storytellers willing to be bare their truth on stage? In the end, it all came together more beautifully then I could have ever imagined! We had a sold-out show. People came together. Friendships were built. People laughed and cried. The storytellers said it was the most loving production they had ever been a part of. My heart was touched beyond belief. When the show ended, hard seemed relative because my desire to help people feel less lonely and end the stigma against mental illness had been achieved. So yes, it was hard, but in the end, it was all worth it.

Please tell us about your business.
Funny People Cry Too is a was the lead girl in Fall Out Boy’s music videdigital network where I encourage people to speak their truth. I am the host and founder of this live storytelling show and online interview show. I am a writer, host, and actress.

I graduated Summa Cum Laude from The University of Tennessee with a degree in journalism and a double minor in theatre and screenwriting. I began my career as a journalist in third world countries, writing with a focus on global poverty. After three years of working as a photojournalist in Haiti, Ecuador, and Nepal, I moved to Los Angeles to continue my passion for storytelling. I have been an actress on Nashville, Deadly Sins, My Crazy Ex, and was the girl in Fall Out Boy’s Music Video of The Year “Uma.” I have put my hosting skills to use in stand up comedy performing at venues such as The Comedy Store, Ice House, and Flappers. As a writer, I write as a movie critic for Movie Guide, and recently secured literary representation for a memoir I have written about being the daughter of a mother with mental illness.

My ultimate desire in life is to help end the stigma against mental illness. This dream lead me to create Funny People Cry Too, to pursue stand up comedy and fueled my desire to be an actress, telling stories that bring hope and healing to the viewer.

Yet, my greatest loves are writing and hosting.

Today, I host and emcee for weddings with Kara Karaoke, I write as a movie critic for Movie Guide, and am in the process of securing publishing for two books I have written based on my experience living with my mentally ill mother. My ultimate dream is to help end the stigma against mental illness. This dream leads me to create Funny People Cry Too, to pursue stand up comedy, and fueled my desire to be an actress, telling stories that bring hope and healing to the viewer.

What sets me apart from other people is my vulnerability and honest, open heart. If you ask me a question, I will always give you my honest answer. I have a bright, bubbly, and warm personality. I love hosting people and making them feel like family. Yet, the ultimate attribute about myself that is different from others is my desire to make content that brings hope, healing, and inspiration to others.

Any shoutouts? Who else deserves credit in this story – who has played a meaningful role?
I have soooo many people to thank!! First of all, I could not have done this show without all the wonderful storytellers involved! I thank each one of them for sharing their vulnerable hearts! I am thankful to everyone that came and supported the show! There are two people, in particular, I must thank, and that is my dear friend Virginia Tucker and my husband, Erick Lopez.

Virginia and Erick did so much behind the scenes, including check-in for the show, helping me organize it, working the lights and tech elements. I am grateful to Virginia, a very busy working actress who shows up always, and my busy actor husband. Being married to another entertainer is not easy and I am grateful for Erick’s love and support! 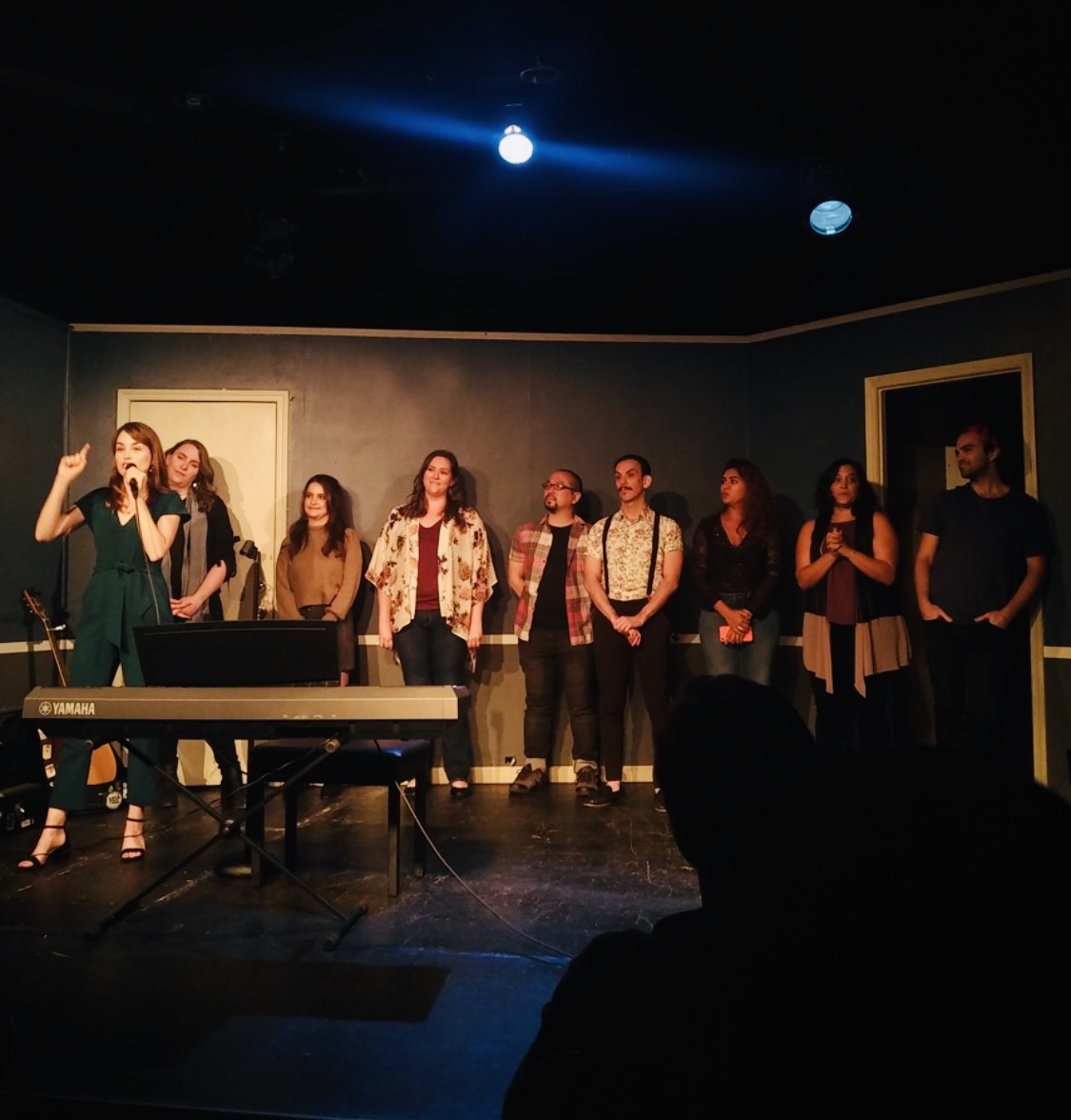 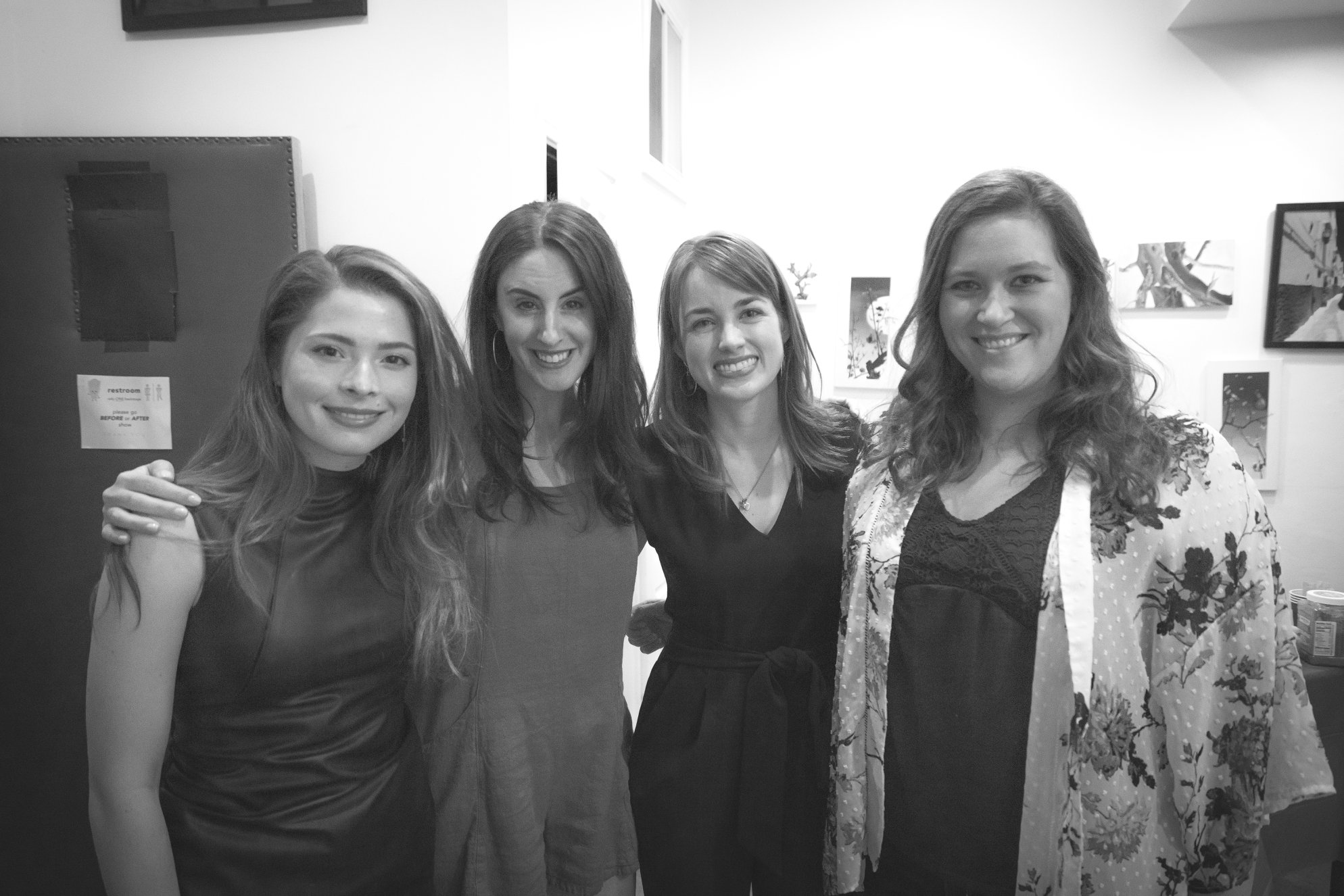 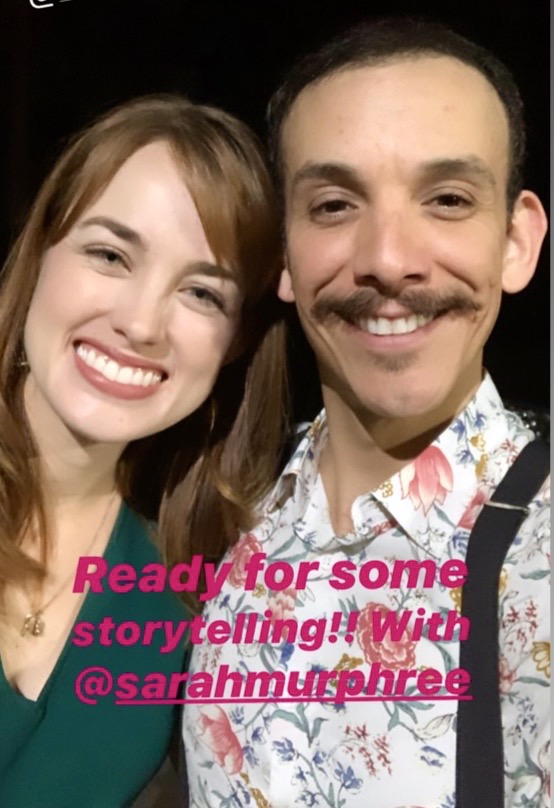 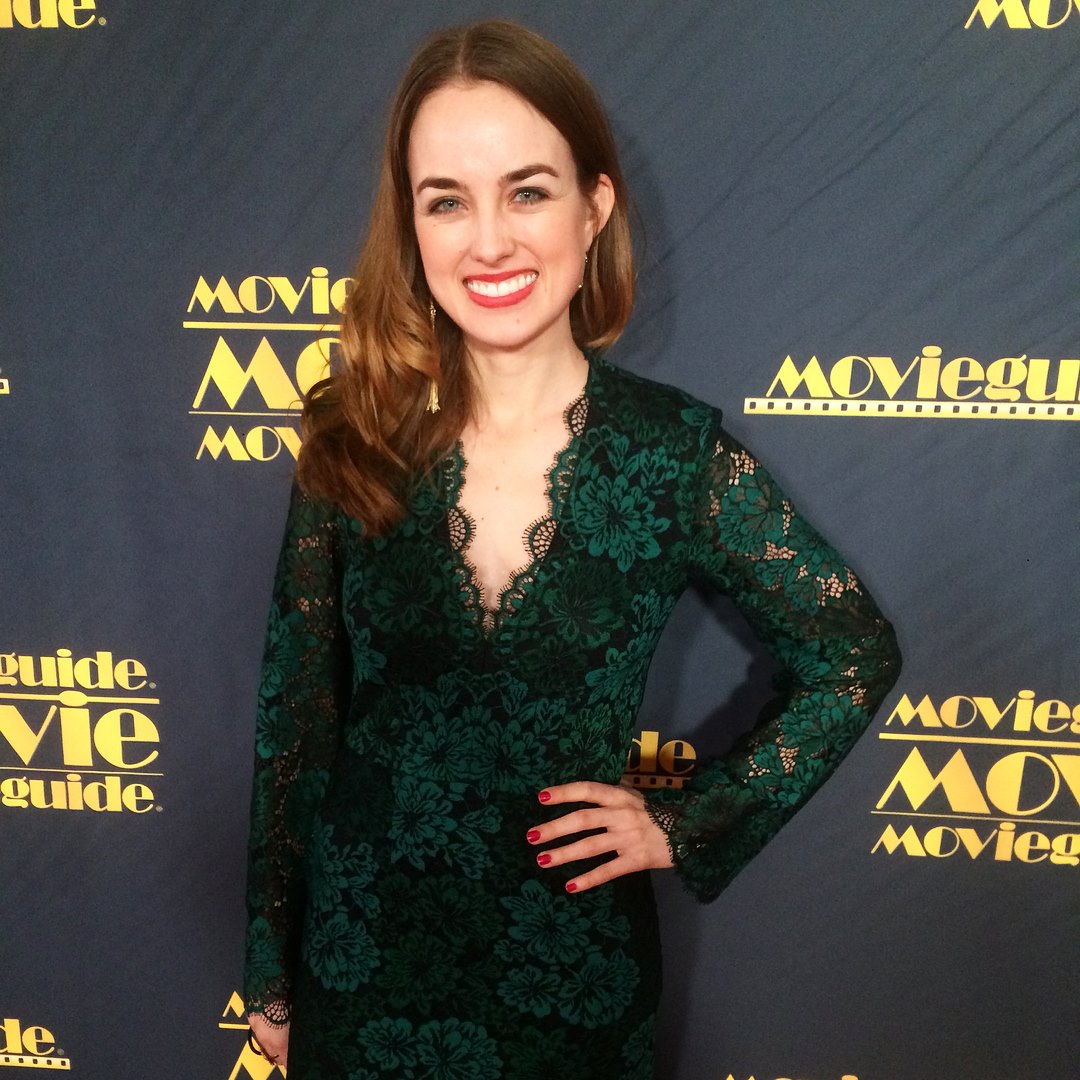 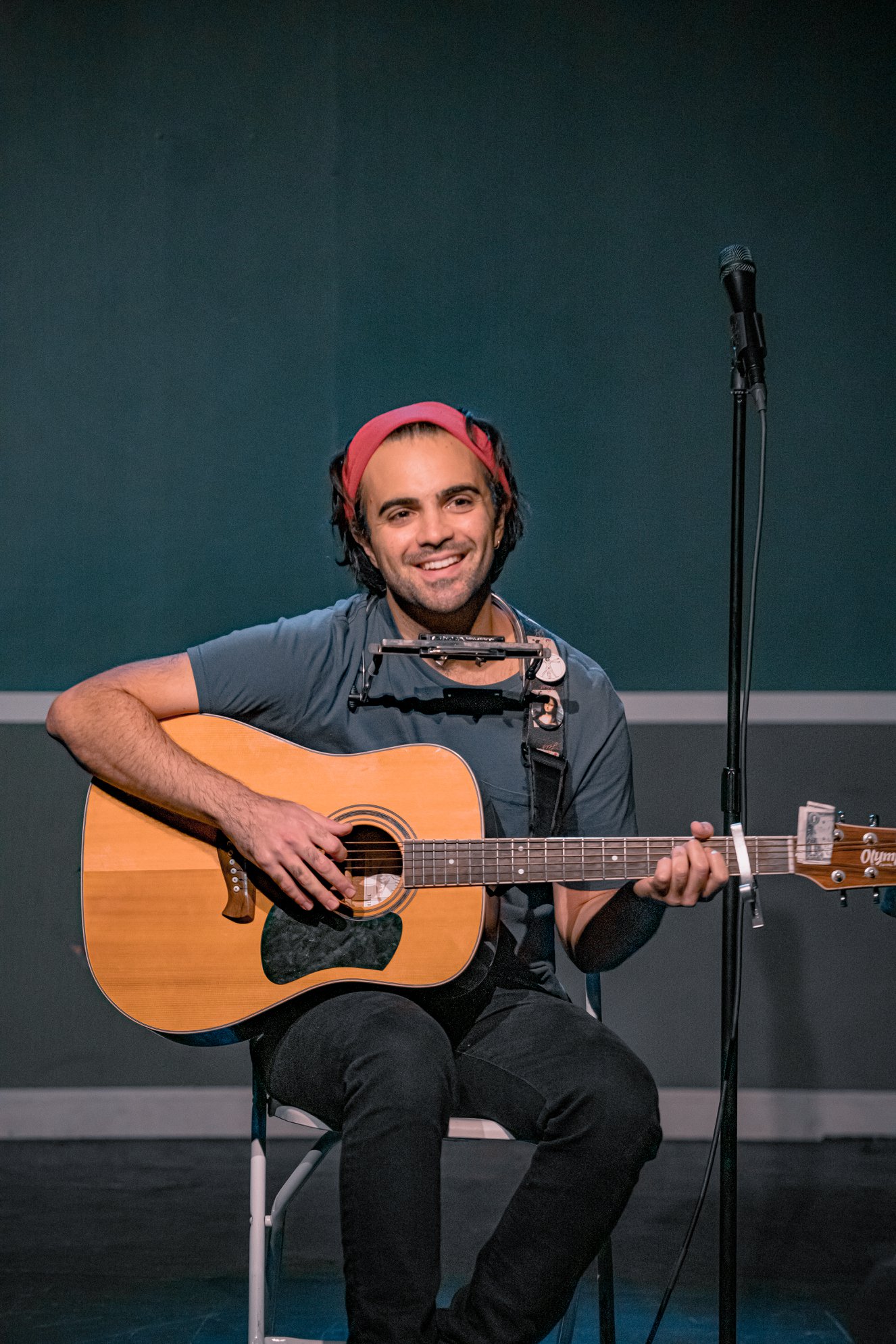 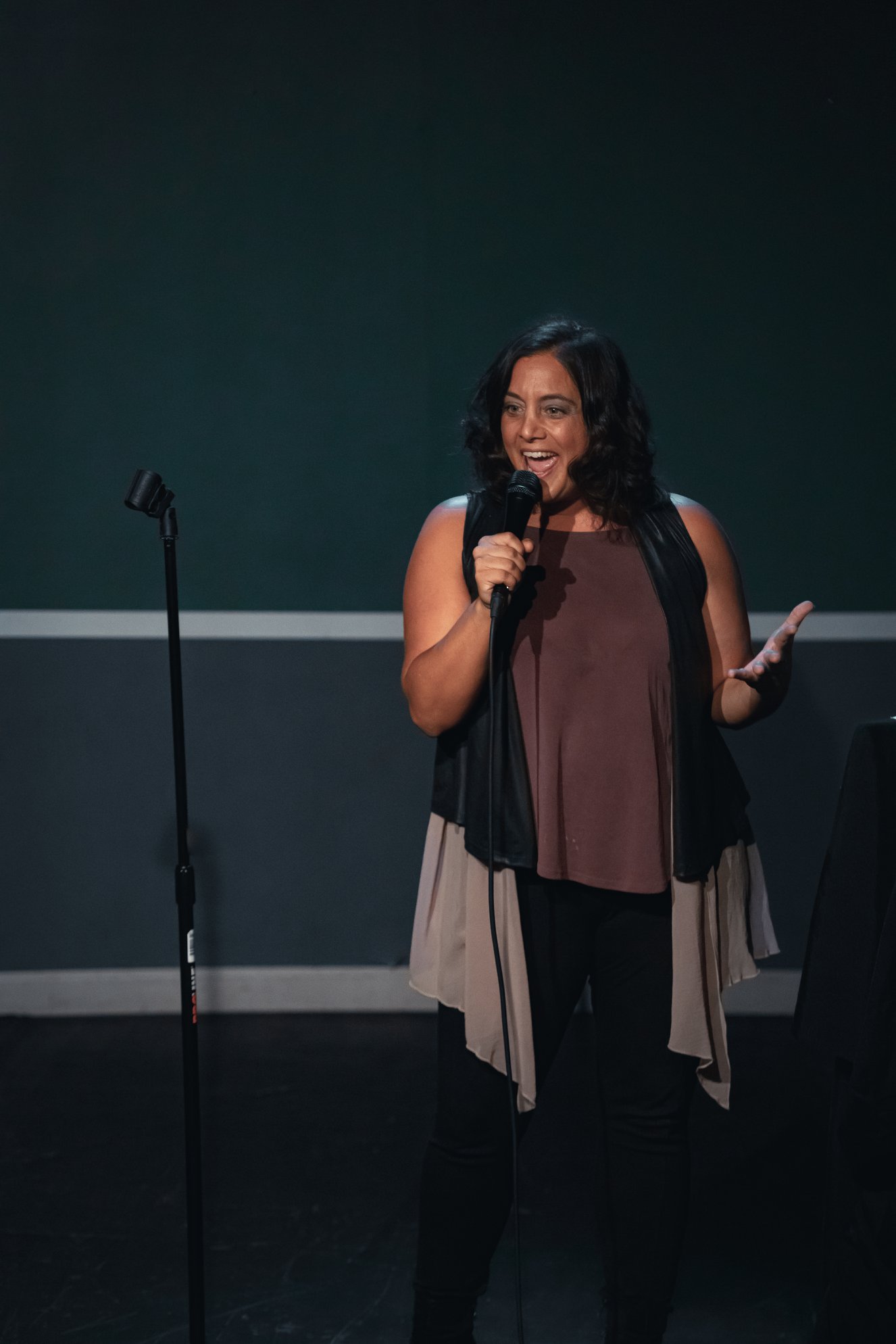 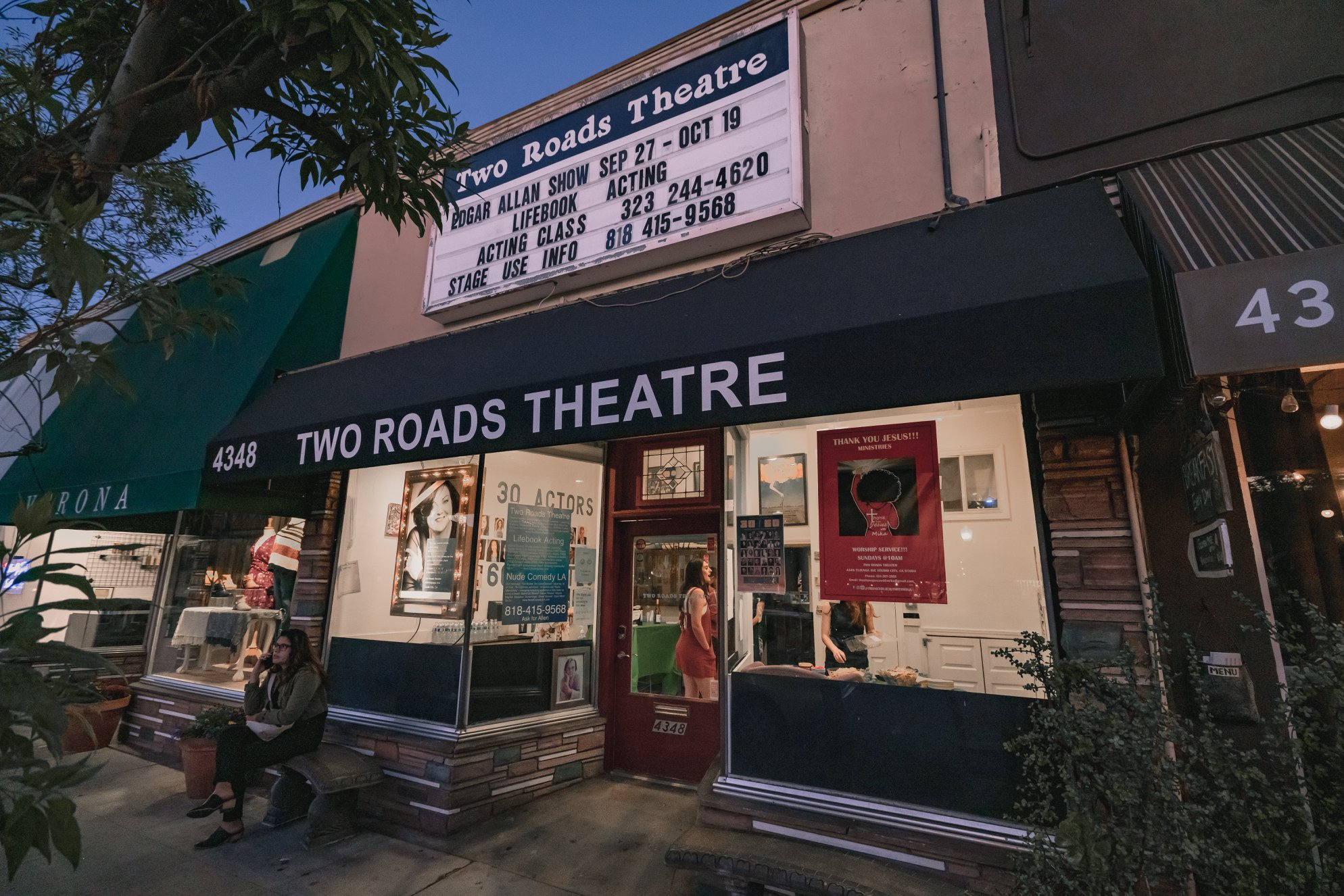 Suggest a story:VoyageLA is built on recommendations from the community; it’s how we uncover hidden gems, so if you or someone you know deserves recognition please let us know here.