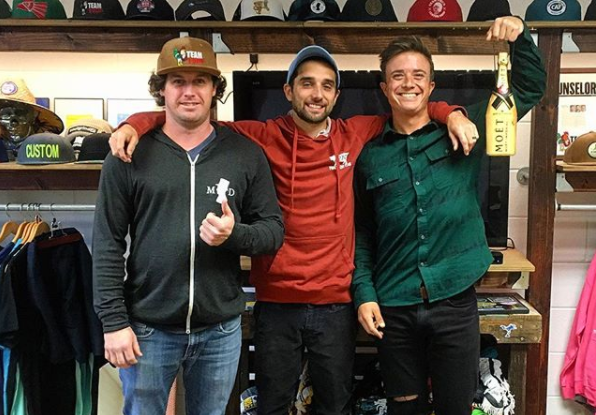 Today we’d like to introduce you to Sean Burns, Jared Lazar and Jesse Goodwick.

Jesse founded Team Phun in 2012, building a Southern California lifestyle brand around his passion for skateboarding, the beach lifestyle, and building a product assortment from his background in engineering. After being laid off from a local engineering firm, Jesse went it alone, with innovative products like the Astroboard, custom pocket tees, and the infamous Sunday Phunday tank.

The brand did well, and began receiving inquiries from specialty retail stores to brand private label merchandise in 2014. Jared Lazar, a well-known local artist, accepted contract work from Team Phun, as this segment of the business grew, and the two developed a good working relationship. At the same time, Jesse Goodwick met Sean Burns, who was working full time, while building a small eyewear and clothing brand of his own.

Building a Team
By 2015, the three knew each other, meeting occasionally to discuss marketing with a few other business owners in North Pacific Beach neighborhood. Eventually Sean and Jesse decided to lease a small office. Sean needed a place to work, and Jesse needed space for Team Phun. It was not long until they decided to experiment in collaboration, hoping that it might yield more lucrative results than their individual pursuits. Within six months, it was obvious that the collaboration was a success.

By August 2016, Sean took the so called “Leap of Faith”, and left his job. The three decided that achieving a six-month sales objective, would allow them to partner, and by January, the three were working at Team Phun full time and making it work.

Overall, has it been relatively smooth? If not, what were some of the struggles along the way?
Partnering with others has its challenges, but it made the three owners stronger individually, and built a stronger company. As Sean Burns says, “Everyone brings a unique insight to the table, and has interests and perspectives all their own. Naturally, that makes for difficult and uncomfortable conversations, especially at the onset. Avoiding those discussions would have invariably, set us on a path for failure. Now, we consider ourselves brothers, after having those conversations.”

Since there is no blueprint for a partnership, or for any unique business for that matter, the one thing these gentlemen have learned is to keep an open mind. Per Jesse Goodwick, “We have all made mistakes in judgement, have all brought failed and successful ideas to the table, and have all had our minds changed by the others input. If you can’t accept another person’s shortcomings alongside their strengths, the struggles will probably break you.”

Alright – so let’s talk business. Tell us about Team Phun – what should we know?
Jared Lazar says, “The name Team Phun speaks to our values. We have built a Team together, from our vendors and suppliers to our clients. We know and value our vendors and client’s and work toward their interests in success. The Phun part is easy. Even though every moment isn’t going to be a party, make sure your days are full of Phun.”

The way Team Phun entered product design and branding was not traditional, so the approach is a little different, in contrast to other branding companies. “Rather than looking at a logo and a blank product that can be used to get impressions,” says Sean Burns, “Team Phun tries to find a unique blend of art and science to determine the specific use of a branded product. That can include manipulating a logo to best fit a decoration area or event, or working with a client to find the useful lifetime of a particular product, to most efficiently use marketing funds. We just love finding unique alternatives that our competition won’t dive into.”

Team Phun specializes in custom products, although they admit traditional screen printing and embroidery still pay the bills. They are probably most well known for their combination of decoration methods, sewing, and insanely large product assortment (Over 1.2 million options not including custom builds). Jared Lazar also points out, “We are up early and stay late to get done what is expected of us from our clients.” That sometimes means they pull all-nighters, arrive at the office at 6am, or drive an hour and a half to meet a client who needs a crucial job for an event. While they admit they are not perfect, their efforts are recognized by their clients.

Any shoutouts? Who else deserves credit in this story – who has played a meaningful role?
For Sean Burns, “The proudest moment of my career was when we were successful as a profitable Team. It was stressful at the onset, but building something this special and making a living means the world to me.”

For Jesse Goodwick, “The proudest moment of my career is when we were able to work with the San Diego Firefighter Relief Aid organization and give back to our local heroes, while memorializing an historic moment that we all witnessed.”

For Jared Lazar, “The proudest moment of my career is being part of a great community and seeing the products of our efforts being worn by our friends, client’s, and family.” 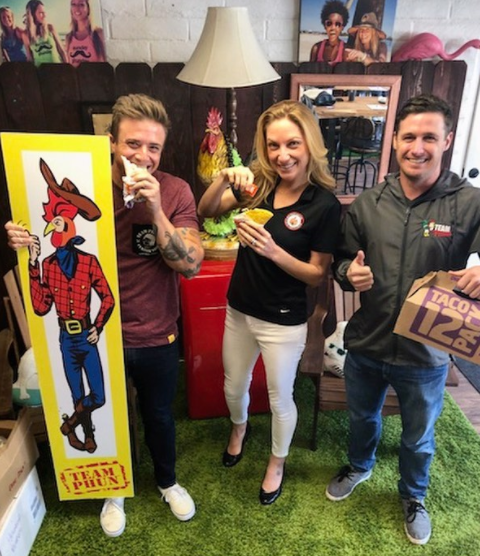 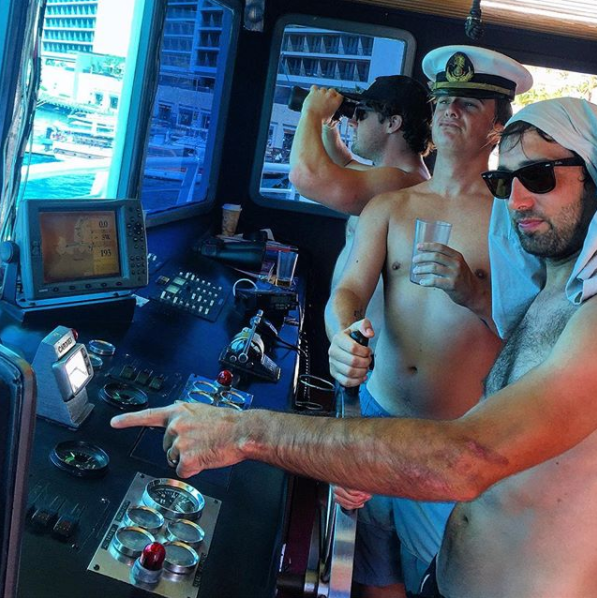 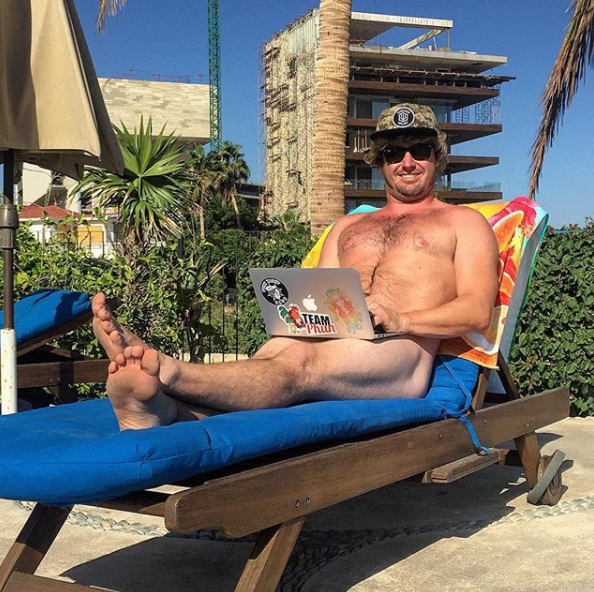 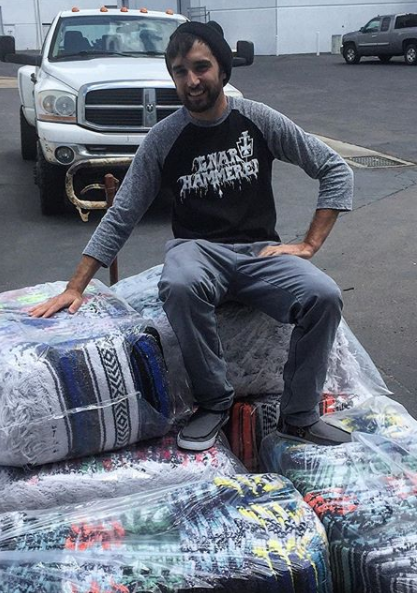 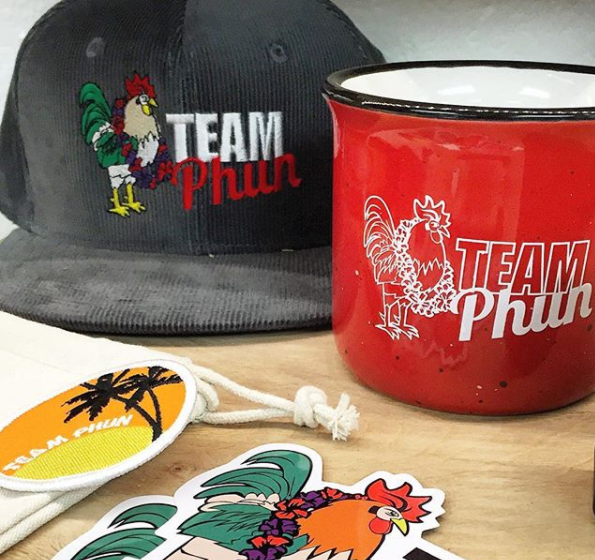 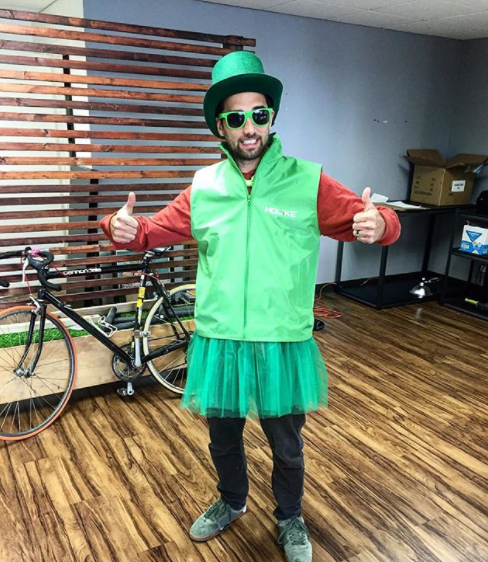 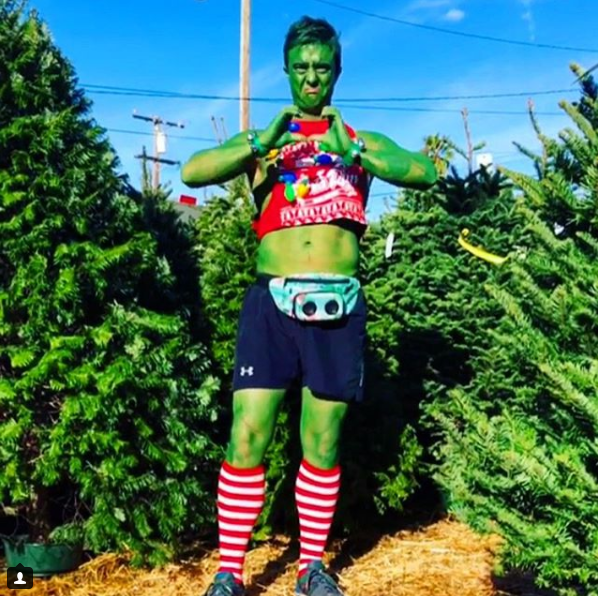