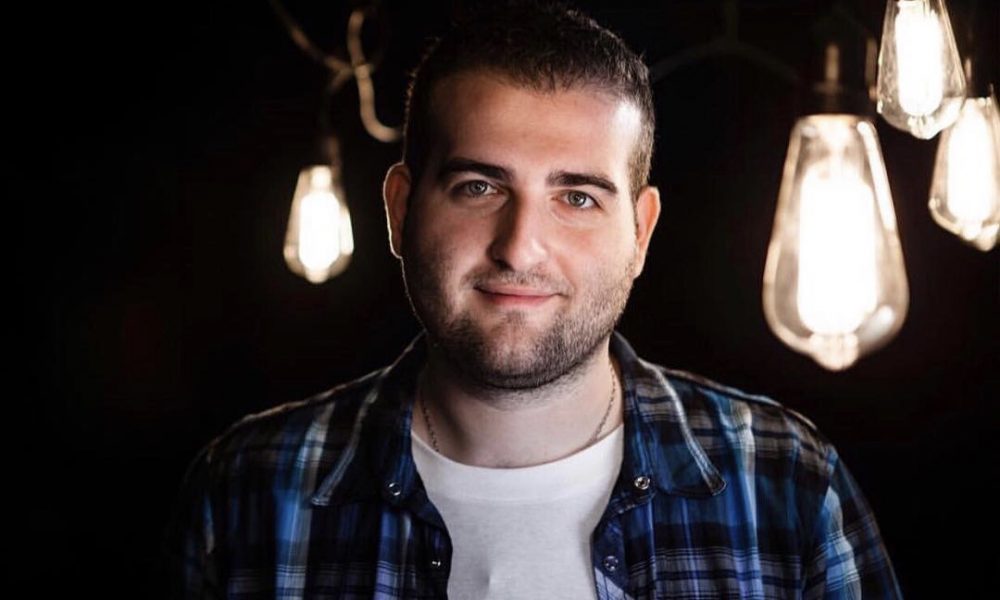 Today we’d like to introduce you to Shant Nicholas Salkhorian.

Shant, can you briefly walk us through your story – how you started and how you got to where you are today.
The passion I have for filmmaking started when I was a child. I was born in Hollywood, CA, to Armenian immigrants. Growing up, I loved watching Charlie Chaplin films. I had these old VHS tapes of classic Charlie Chaplin films. I would watch them for hours. Chaplin could make me laugh and cry without saying a word in his films and I thought that was magical. This is when I decided that filmmaking was for me.

As I grew older, I would make short films with my friends using an old camcorder that my cousin would let me borrow. It didn’t matter what the story was in the films, as long as the videos had humor and could find a way to make the viewer laugh.

Music has played a big part in my storytelling process. I fell in love with the different emotions, sounds, and lyrics that could have a huge effect on a person. The process of creating a song interested me. So I picked up a guitar and started learning by myself. I am lucky to have a best friend who is extremely talented with music and sound. We formed a band called Midnight City and released several tracks. I believe that filmmaking and songwriting are great ways to express emotions and to tell a story to the viewers/listeners.

I later graduated from Woodbury University with a BFA in Film. This is where I directed my award-winning short film MISTAKES. The film went on to win at several film festivals, including LA Shorts, Top Indie Film Awards, SoCal CIFF, LA CineFest and LA Indie Film Awards. Making the film was such a great experience for me. I had so much support from my friends and family. As soon as we wrapped… I knew that I was addicted for life. I had to immediately start developing my next project.

I am now a recent graduate with a master’s in producing from the American Film Institute Conservatory. Currently, my primary focus has been promoting my new short film THE WORLD AS SHE KNOWS IT, which I produced. THE WORLD AS SHE KNOWS IT has currently won several film festivals, including London Film Festival, Florence Film Awards, Catalina Film Festival and San Diego Film Week. As a Producing Fellow at The American Film Institute Conservatory, I produced several short films and wrote a feature screenplay.

Overall, has it been relatively smooth? If not, what were some of the struggles along the way?
Filmmaking is one of the most competitive career choices anyone can make. There has been a ton of struggles and challenges along my path to but I always had the support of my family. I grew up with a single mom and two older sisters who have always been there for me. Many parents would pressure their children to pursue a career in law or medical. But my family believed in my passion for filmmaking and they always supported me. My family has always been there for me. If you have ever worked with me, you have likely seen my family members on set helping out the art department or maybe you have spotted them in the background somewhere in one of the scenes. My mom is always on set, making sure everyone has a cup of coffee. But, I think if anything it was always more about movies. It was like characters and actors in movies; it was like you know what, these people made it and they didn’t need much help. It was one of those things, can you achieve the impossible? I don’t know if I’ve done that yet, but that’s what it was.

We’d love to hear more about your work.
Just like many other filmmakers, I believe that I have something to offer to the world of cinema. My number one goal would be to continue making movies because, without movies, I think I’d be very depressed. I can’t imagine doing anything else. I mean I do play music, I have a band called Midnight City and we’re on iTunes and all that, but movies are everything. I’ve learned so much more from movies than I have from actual life, as weird as that sounds. You know, movies can teach you to be loyal, a good friend and a good boyfriend. So I think they’re very valuable in life. So I’m going to continue to make movies no matter what, and my next step is to make my first feature.

​I’d love it if people enjoyed every single movie I made but I’m not so concerned about that. It’s more about, I wouldn’t want to make a movie if I didn’t have anything to say. It should be more about an experience you went through or a feeling you had, something you want to express, something you want to get out of your system, and you think you have something to offer to the cinema world that hasn’t been done before. I think it’s that. You have to figure out if you have something to offer in the industry, and as long as I do, I’m going to continue to make movies no matter what. 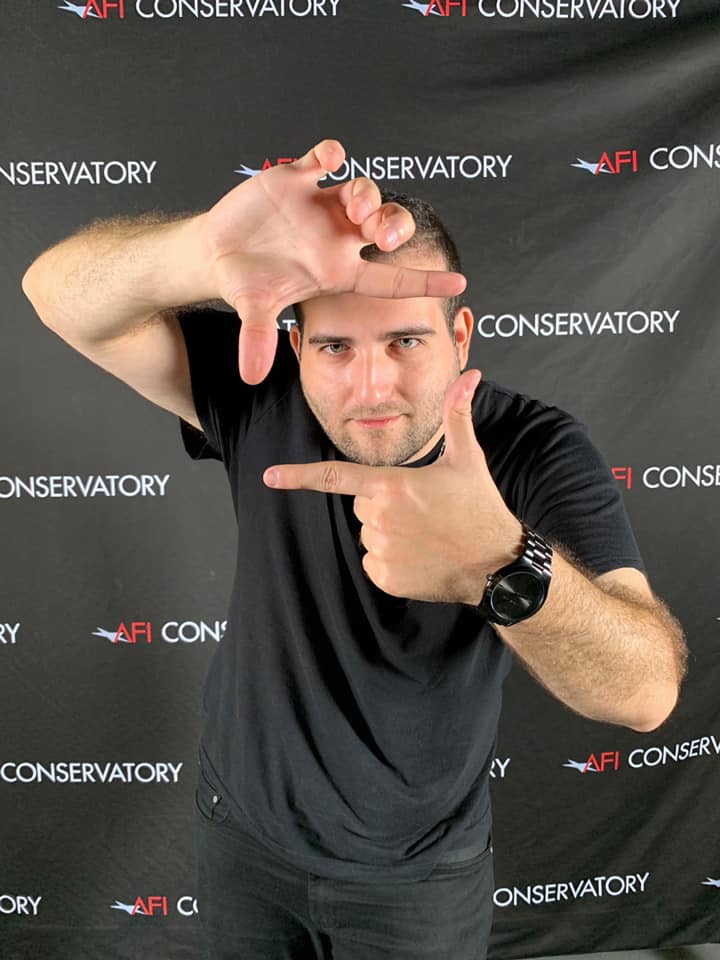 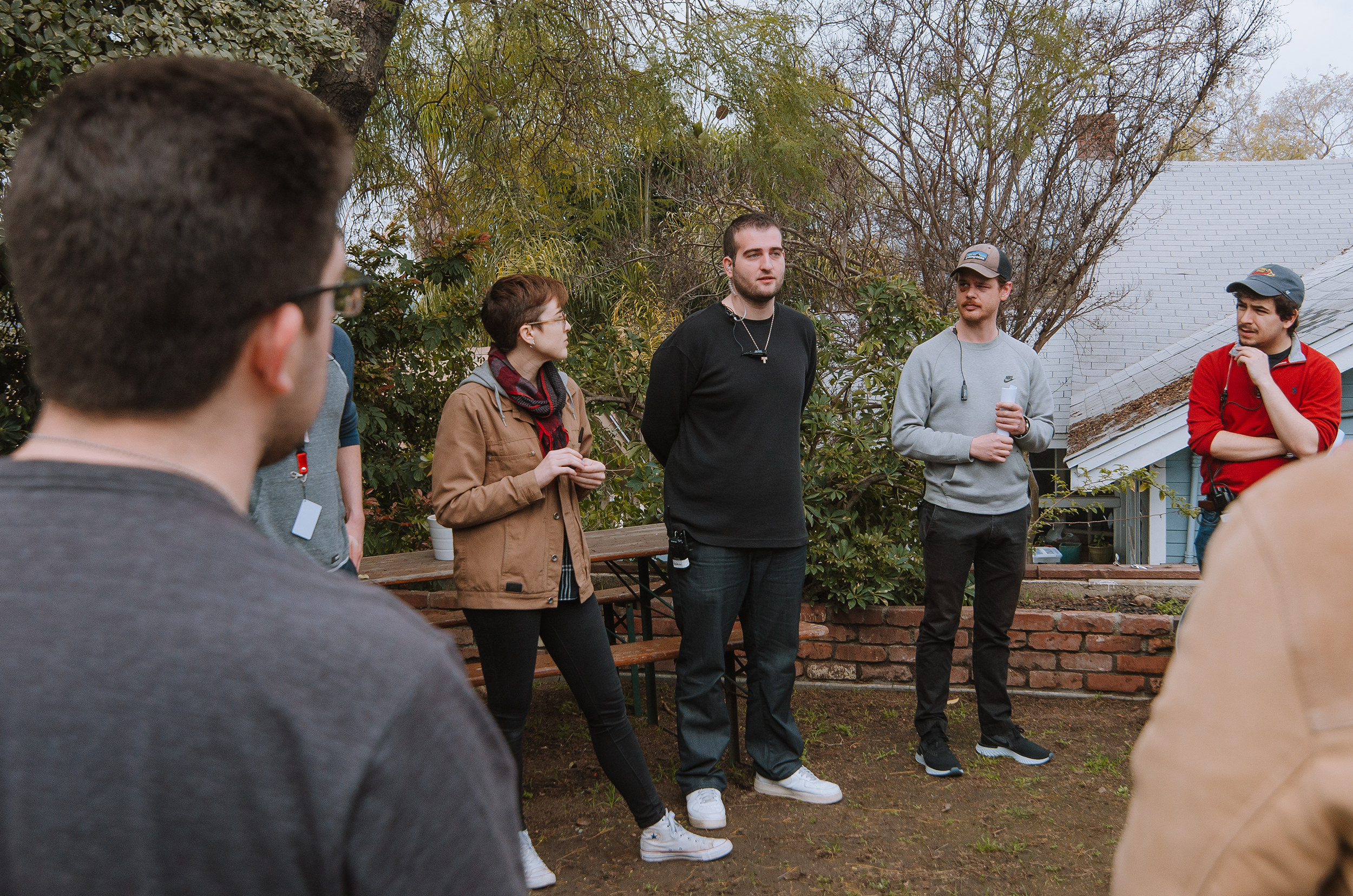 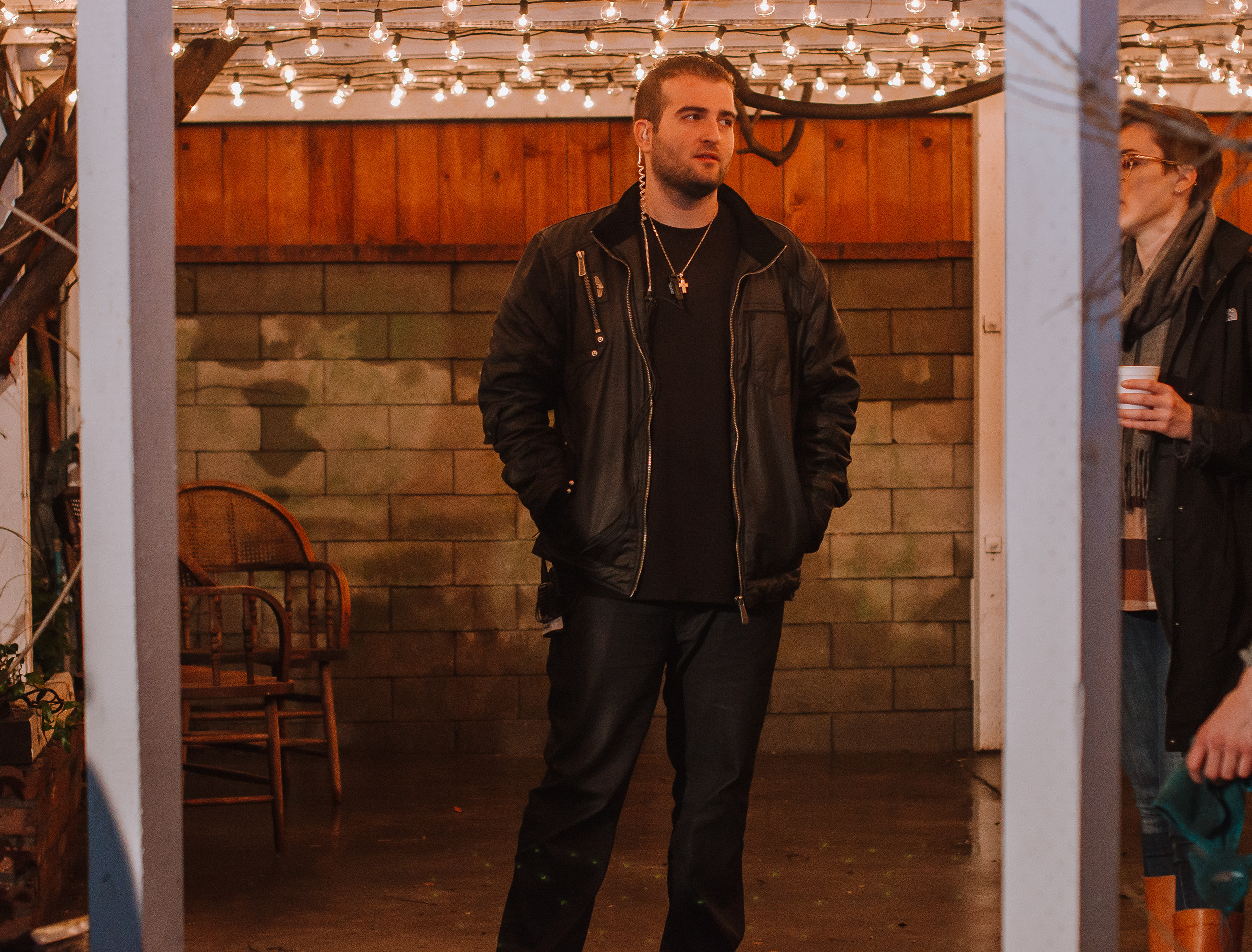 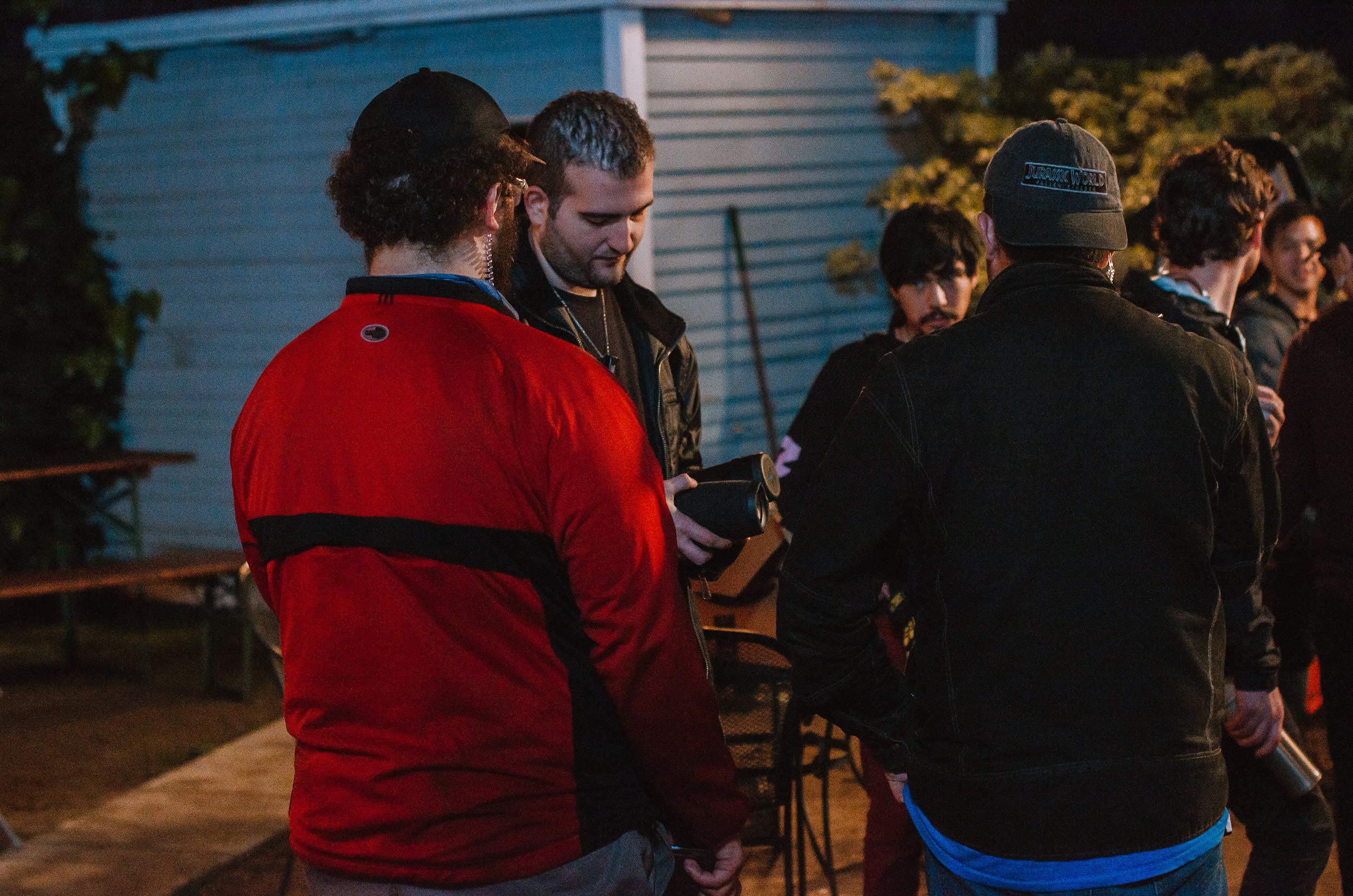 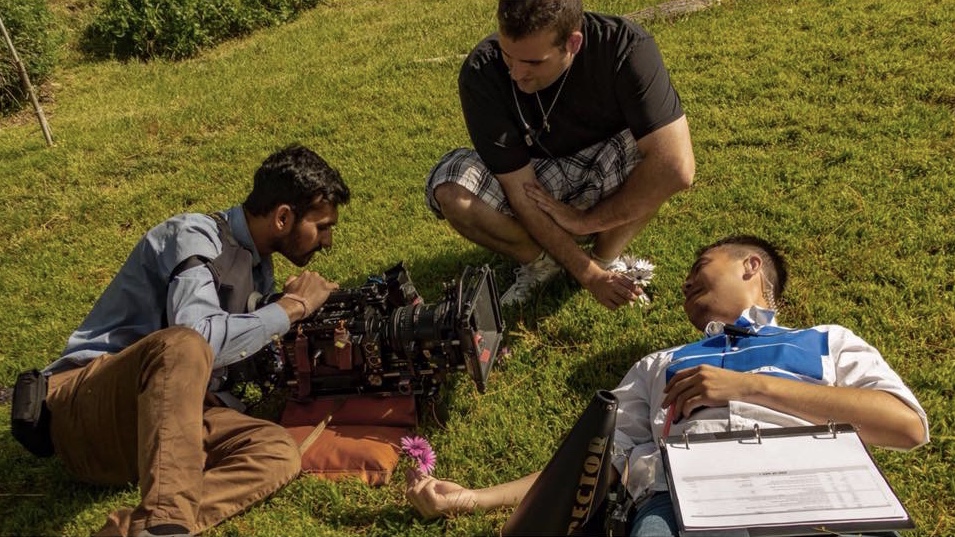 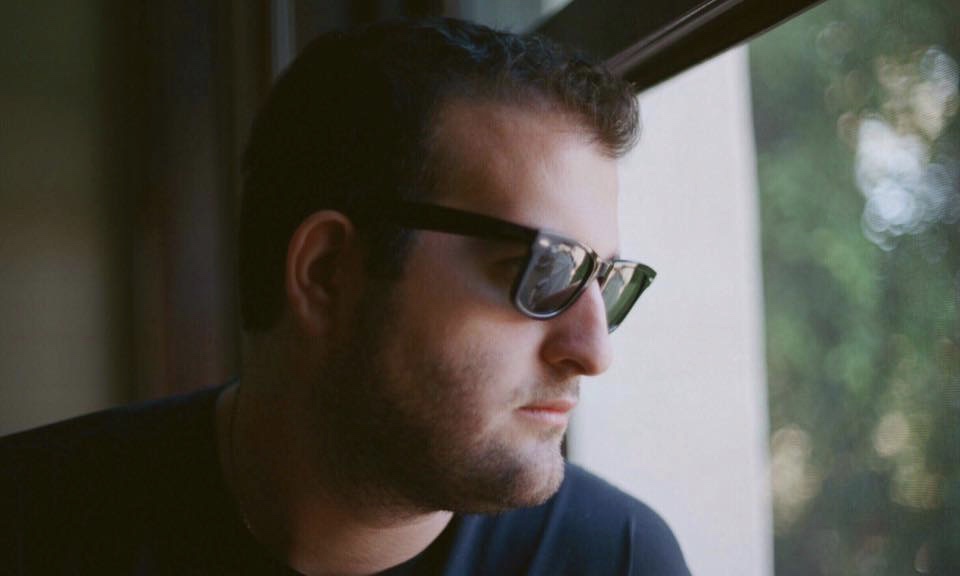 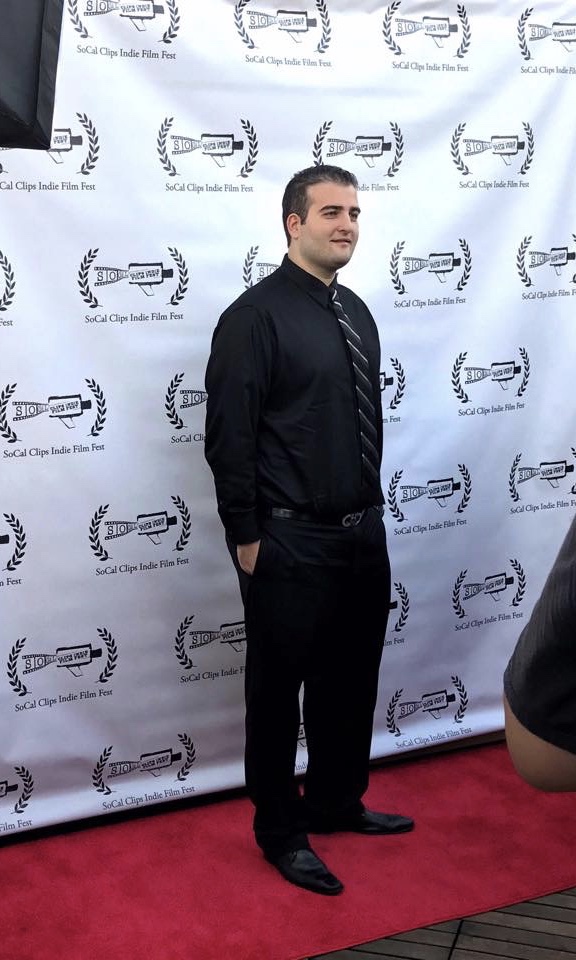